Helbling House (German name: Helblinghaus) is one of the most striking, famous, conspicuous and memorable buildings in Innsbruck.

The Helbling house is located in the heart of the hysterical centre of Innsbruck, next to the famous Golden roof and the equally famous tower city, on one of the busiest and main tourist streets of the city at the address: street the Herzog-Friedrich-Strasse, 10 (Herzog-Friedrich-Straße).

History Helblinghaus originates from the 15th century. Originally the house was a townhouse in the early Gothic style, like most of the surrounding buildings, but subsequently has undergone major changes, which marked the beginning of the architectural significance of the structure. 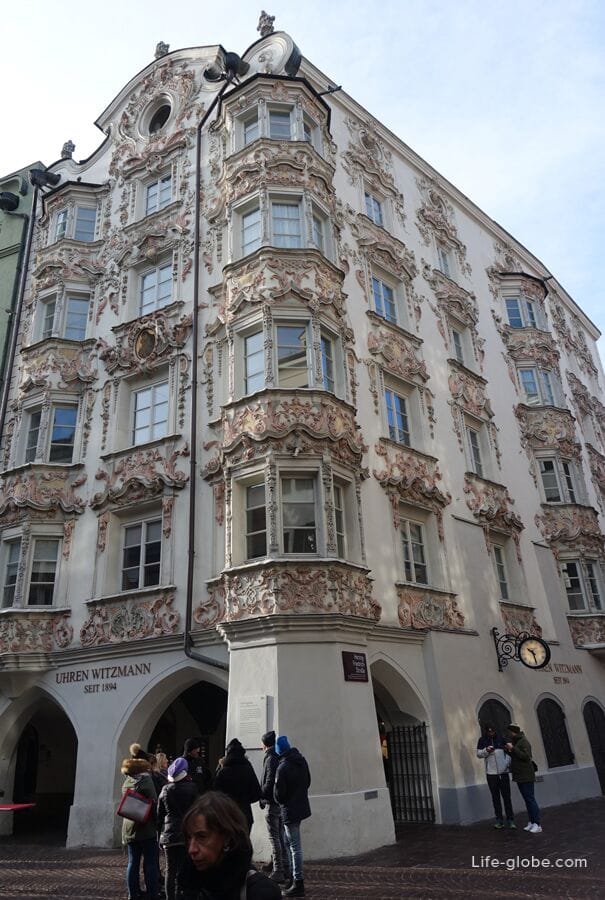 In 1725 the house was purchased by Johann Fischer, Treasurer of the mint of Hall who ordered Anton Highly of Wessobrunn, moved to Innsbruck, about 1723, to create an entirely new and popular at the time appearance of the building. In the early 1730-ies Anton Gigl gave the structure a luxurious finish with stucco in Baroque - Rococo style, which can be seen at the present time.

The architecture of the houses viewed: exquisite Bay Windows, flowers, fruit bundles, shells, masks, little angels and many other motives. 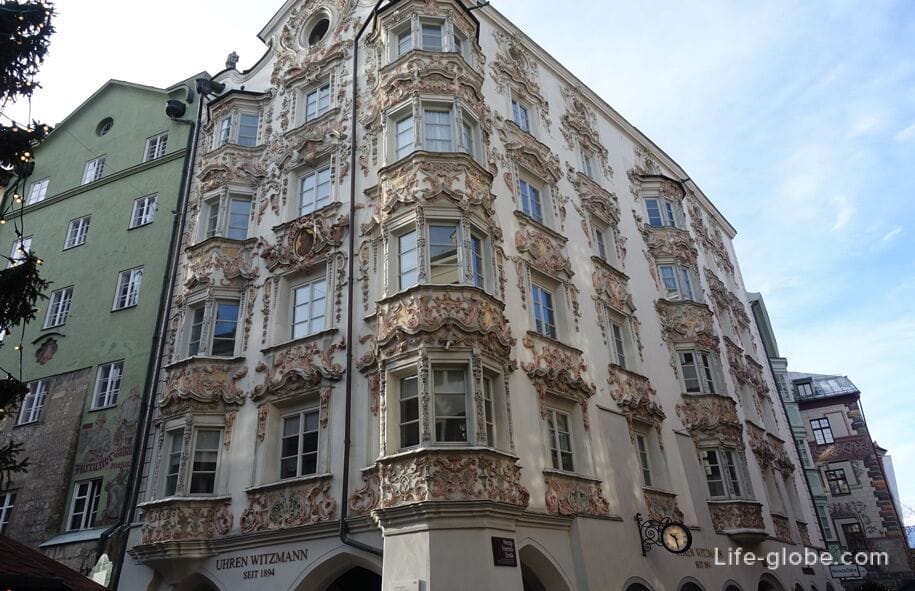 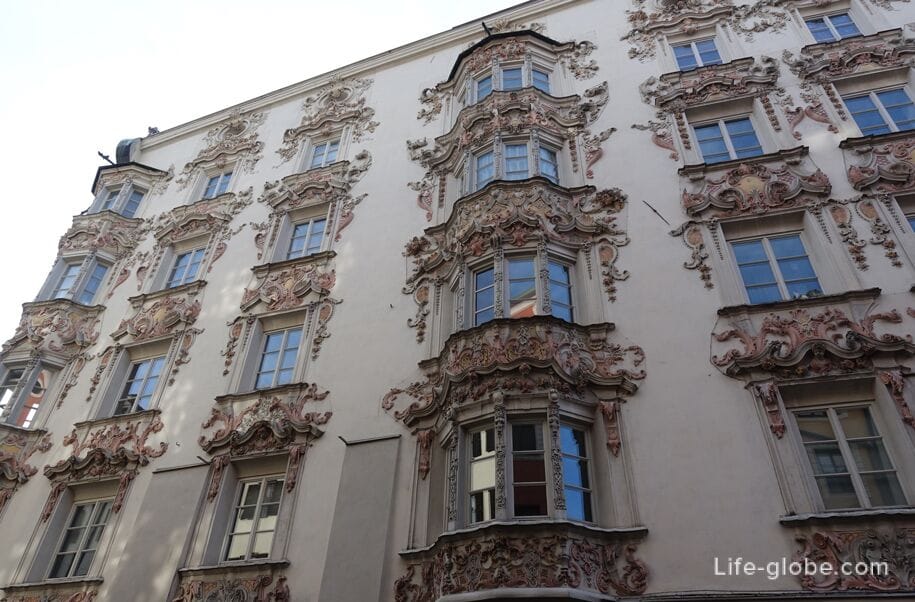 Western side of the house on the ground floor has a covered arcade, which is located under the commercial premises. Top premises are residential. 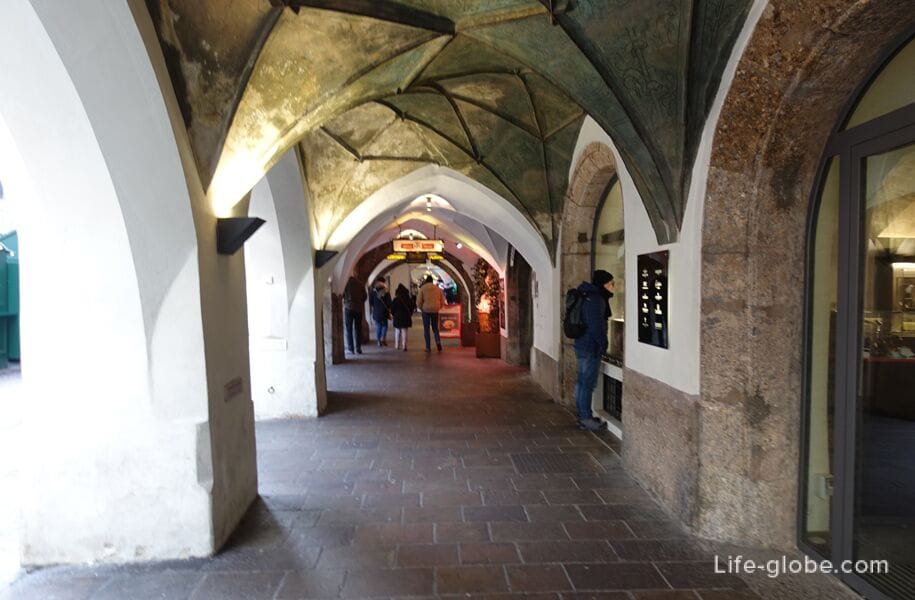 Photo of Helbling house in the ensemble of the surrounding buildings 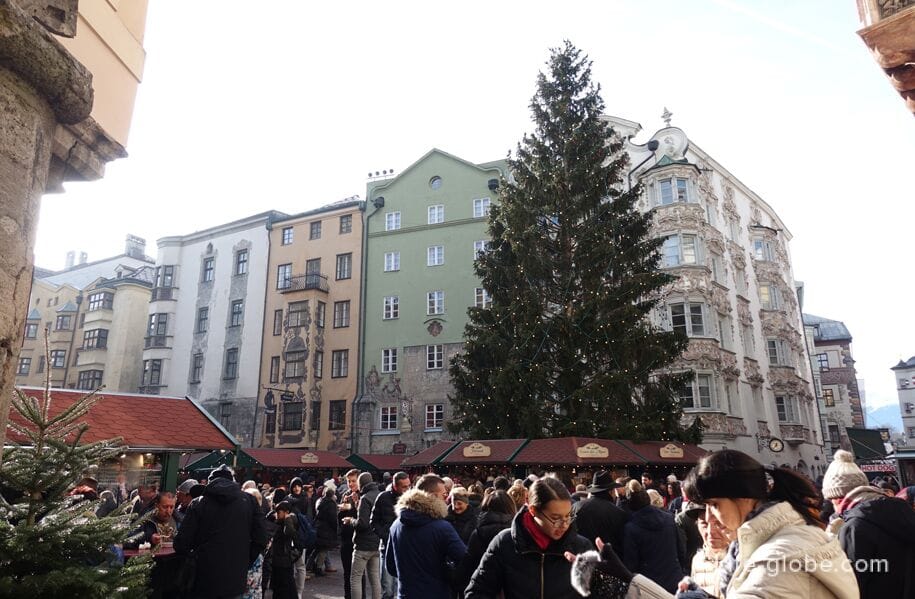 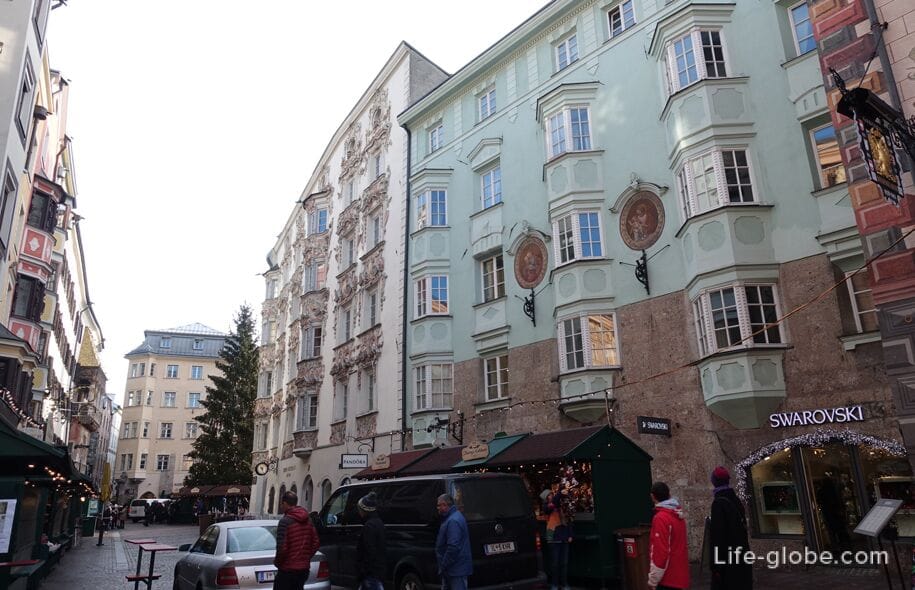