In the historic centre of Innsbruck there are many interesting streets and alleys, tourist dominant of which are the two streets: the street of Maria-Theresien-Straße and Herzog-Friedrich-straße.

On the street of Maria Theresa, in its Central part, including the famous tall column of St Anne or just Anne's column (Annasäule / St. Anne's Column), which is one of the symbols and one of the main attractions of Innsbruck.

Column Anne is not only one of the main decorations of the streets and the whole city, but also a reminder of the long and rich history of Innsbruck and the Tirol region in General. 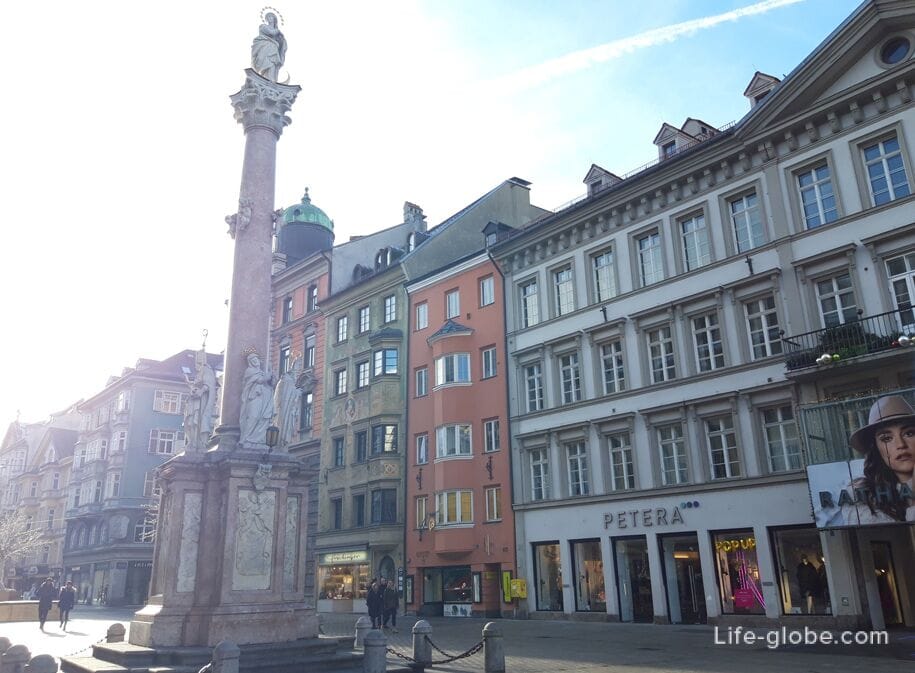 The column was erected after the war for the Spanish heritage (Bavarian invasion), as thanks to higher powers for victory. The enemy was defeated, and banished the last of the Bavarian troops on July 26, the feast of St. Anne. Hence the name "the column of St. Anne".

The column was designed by the sculptor Cristoforo Benedetti.

The column itself is made of red marble. The upper part is crowned by a statue of the Madonna (virgin Mary) with a halo of Golden stars. In the center column you can see sculptures of small angels. And at the bottom are the sculptures of four saints in the Northern part of Saint Anna, mother of Mary; in the West the Holy Kasian, patron of the diocese Saben; in East St. Vigilia, patron of the diocese of Trento, in South depicts St. George the patron Saint of the Tyrol. 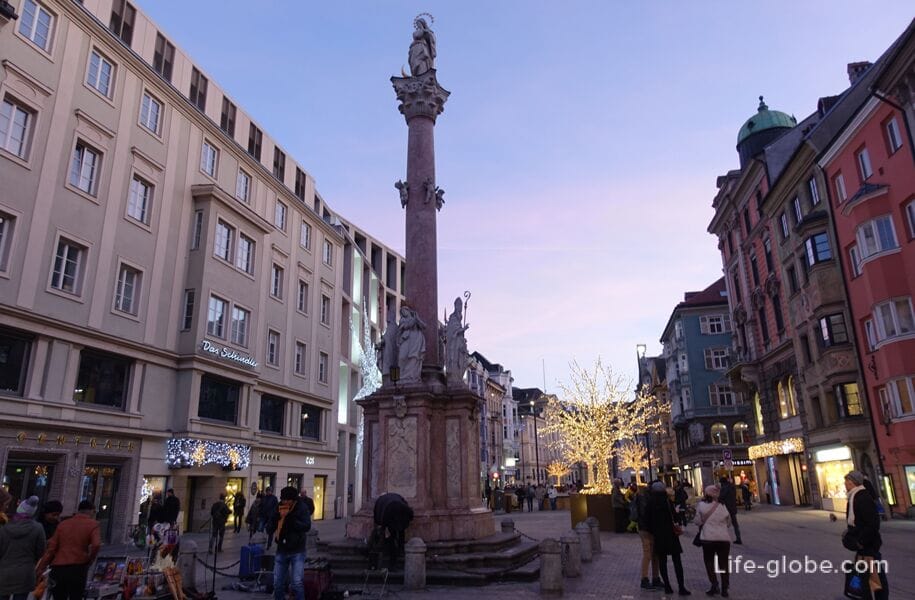 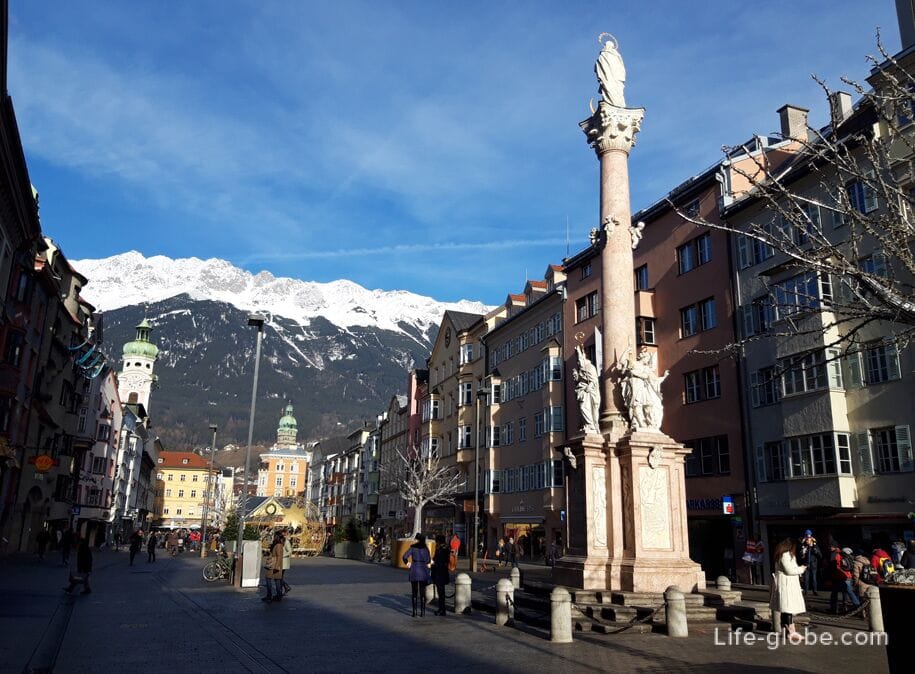 In 1958, mainly for the reasons of destruction and to further the conservation, the figure of Mary was replaced by a copy and the original was deposited in the Abbey of St. Georgenberg-Fichta at the Church of St. Joseph, where the statue is located in a side chapel of the Cathedral Church Fichte (near Schwaz) above the altar of the virgin Mary.

10 Oct 2009 was also replaced by figures of saints in the base of the monument and the originals are now located on the first floor of an old country house in Innsbruck.

We look for hotels with discounts on Hotellook. He searches on a lot of booking sites, including on the Booking, which makes it possible to compare prices and choose the most optimal option See for yourself →