Moscow is the capital of the Russian Federation

To Saint Petersburg from Moscow, how to get quickly and comfortably (all methods with ticket purchase sites) 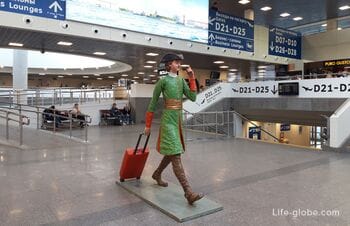 The distance from Moscow to St. Petersburg is about 700 kilometers, which can be overcome quickly and comfortably in 1 hour 30 minutes by plane or 3 hours 40 minutes by high-speed train. 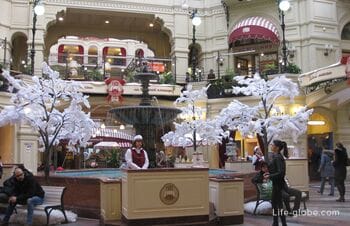 The upper shopping malls in Moscow consist of Nikolsky (Iversky) shopping malls, this is Nikolskaya Street and the country-famous Moscow State Department Store, that is, GUM.

Nikolsky shopping malls are a complex of buildings, attractions, in the center of the Russian capital. There are shops, boutiques, cafes and restaurants in the buildings. Between these beautiful buildings there is a pedestrian zone with benches for recreation and decorative lanterns in the center.

Read more...
The main church of the country is the Cathedral of Christ the Savior in Moscow. And also, the Patriarch Bridge and the monument to Peter I 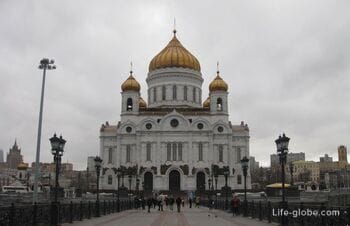 The most beautiful view of the Cathedral of Christ the Savior opens from the Patriarchal Bridge. It is from this point that you can see the Temple in all its glory, without any slopes or angles.

The Cathedral of Christ the Savior in Moscow is the largest cathedral of the Russian Orthodox Church, its capacity is up to 10,000 people. The outer part of the cathedral is decorated with a number of marble high reliefs, and the main decoration is the golden domes with crosses crowning them. 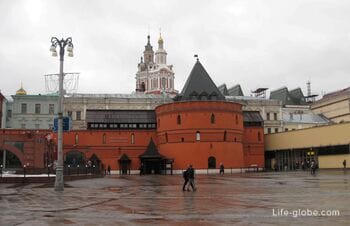 Revolution Square is one of the central squares of Moscow. Until 1918, the square was called Voskresenskaya Square, it was named after the Resurrection Gate of the same name.

Revolution Square does not represent anything special, such a simple small square in the center of a gray gas-polluted city, but ... whatever one may say, this gray and nondescript city is the capital of the Russian Federation, and Revolution Square is one of the central squares of this capital, with annual visits by thousands of tourists and good statistics according to the results of the wordstat. Actually, for this reason, we talk about the area on the pages of this blog.

The Revolution Square is located between Manezhnaya Square and Teatralnaya Square. Yes, what is there between two squares, it is within walking distance of Red Square, the Kremlin, the Mausoleum, the Eternal Flame and the Alexander Garden. 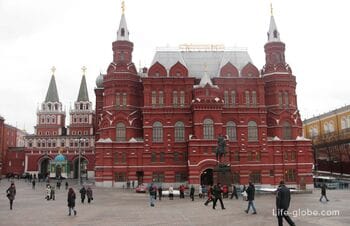 Manezhnaya Square is one of the main and main squares of the city of Moscow. In importance, it is inferior only to Red Square with all its historical and architectural monuments.

Manezhnaya Square is located in the heart of the Russian capital. The size of the parade ground is not very large, the Alexander Garden and the Moscow Kremlin with the Mausoleum originate from the square. So, if you decide to visit Manezhnaya Square, then be sure to look at Red Square, as well as take a walk through the Alexander Garden, where you can watch the Honorary changing of the Guard at the Eternal Flame and the Grave of the Unknown Soldier. 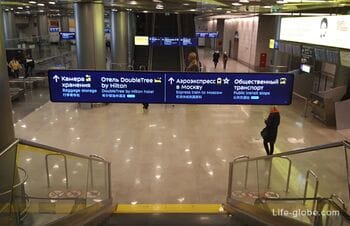 Vnukovo Airport is located 32 kilometers from the center of Moscow.

You can get from / to Vnukovo airport to the center of Moscow by taxi, transfer with an excursion, car, Aeroexpress, buses.