Cas Catala, also Cal Catala, is a small residential and tourist town located in the municipality of Calvia in the southwestern part of Mallorca, 7.5 kilometers from the center of the island's capital, Palma.

From the South-West side of the coast CAS Catala borders the resort of Ses Illetas, and the North-East with the district of Sant Agustí (Sant Agusti), belonging to the municipality of Palma and is located on the outskirts of Palma de Mallorca.

Coast CAS Catala reached only 400 metres along the seafront and characterized by a rocky Cove with a small sandy and sandy-pebbly areas.

In the North-Eastern edge of the district is the small port of Cala Nova Marina (Port de Cala Nova Port Calanova), which is largely located on the territory of the neighboring district of Sant Agustí. 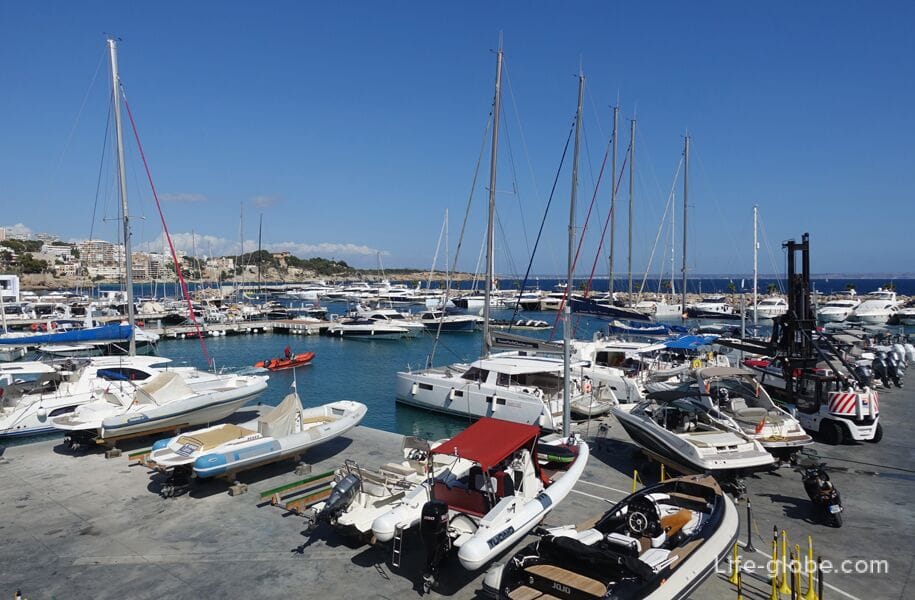 Further along the coast in a South-westerly direction from Cape CAS Catala (Punta de CAS català, Punta de Cas Catala), lies the small Bay. In the Bay is rocky, mainly flat coast gives way to small sandy-stony and sandy parts of the coast.

Here, near the sea is a 5-star hotel Hospes Maricel y Spa, where contemporary style blends with the architecture of the 16th and 17th centuries, as the hotel consists of the original mansion and a modern annexe building with stone walls.

In hotel: infinity pool with sea views, terrace, Spa centre, restaurant, bar and a private dock. Room rates can be inclusive: Breakfast or Breakfast and dinner. Link to the hotel 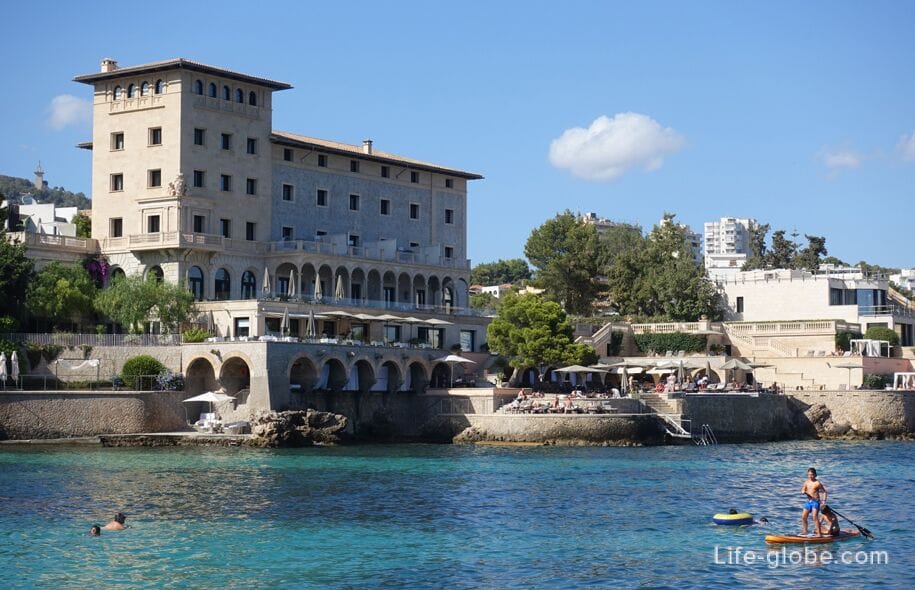 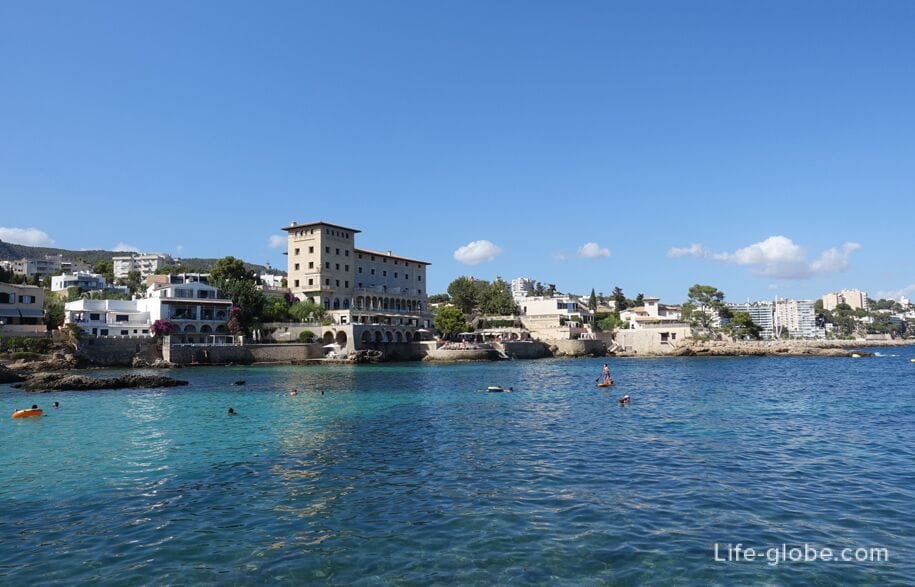 Behind the hotel is a small beach area called the beach of CAS Catala (Catala Platja de Cas). On the beach large gray sand mixed with pebbles and stones. Sea water is clean, at the bottom there are stones and rock formations. 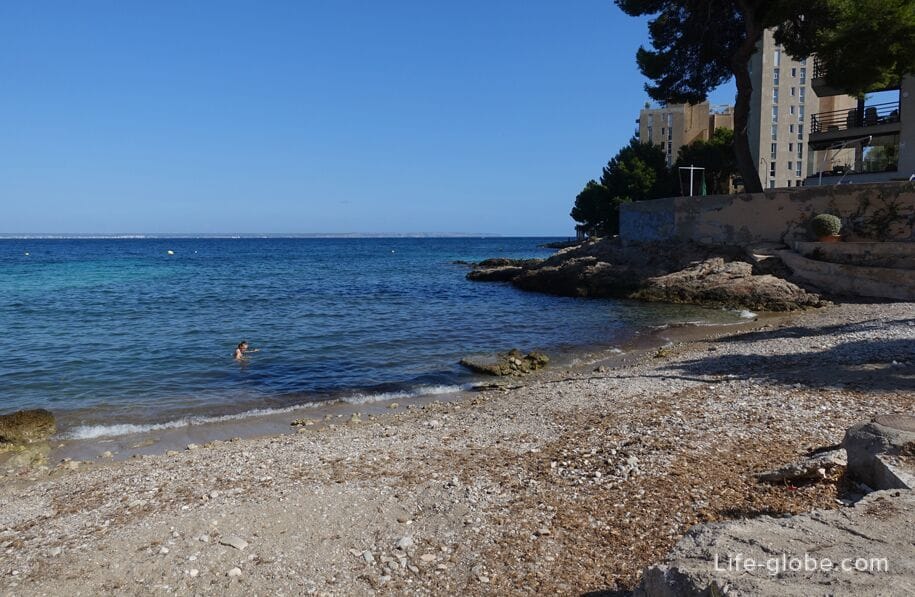 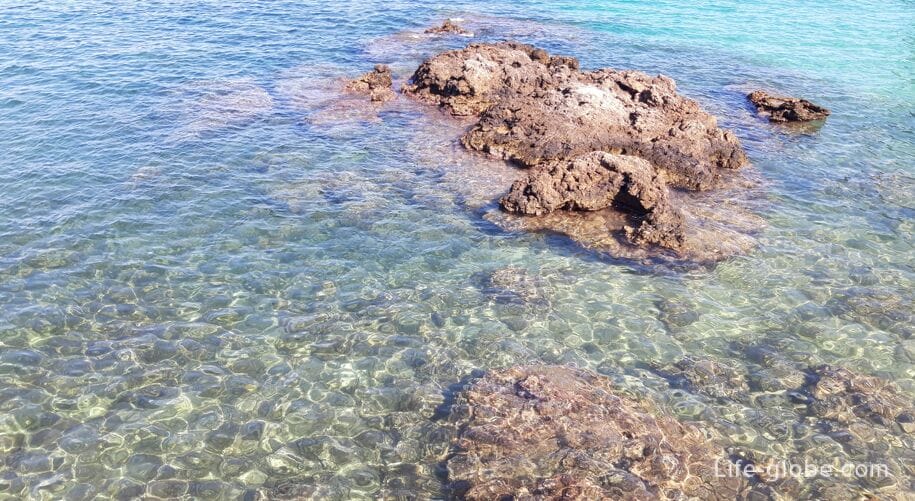 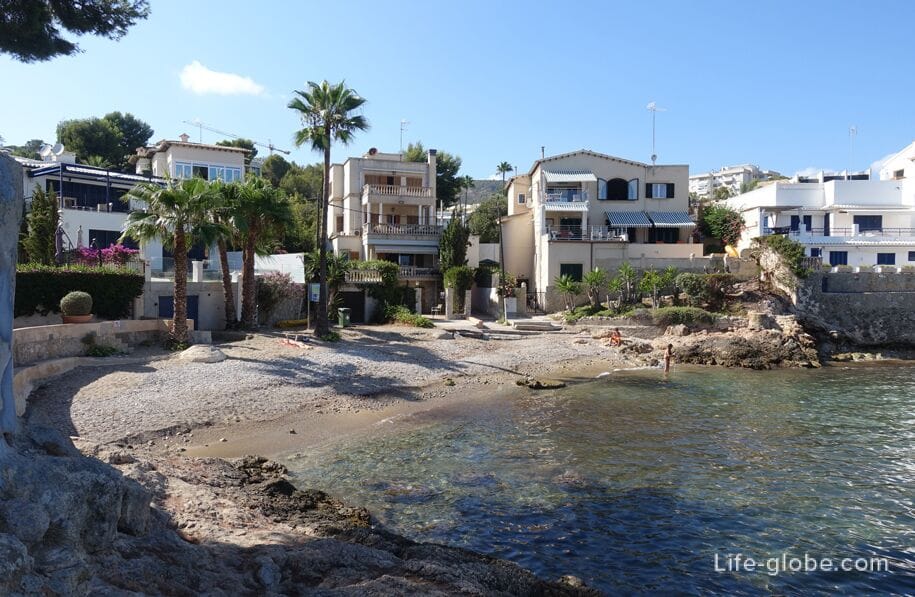 The Beach Of Bougainville

In the Western part of the beach goes invisible border between the areas of CAS Catala and SES Illetas, for this reason, many sources refer to this beach as Illetas and CAS Catala.

Beach area is divided into zones: the Western and Eastern part of the Bay is gently sloping rock formations, while the Central part of the beach - unextended strip of sand with an average width of 20 meters.

Sea water is clean and clear, the bottom is mostly sandy with depth is gradual.

In high season the beach offers sun loungers and parasols (sun lounger or umbrella 4,50 Euro), there is a shower, booths and cafe-bar, located on a sloping rocky ledge near sea waters. 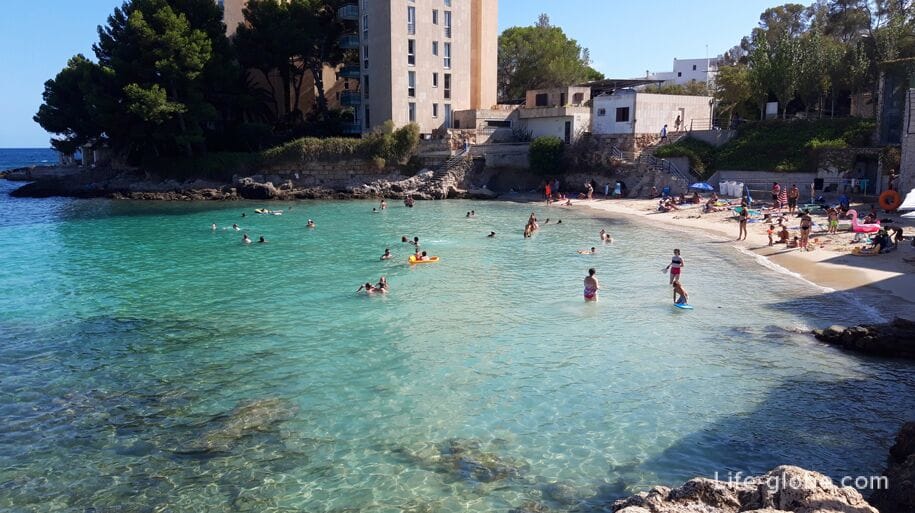 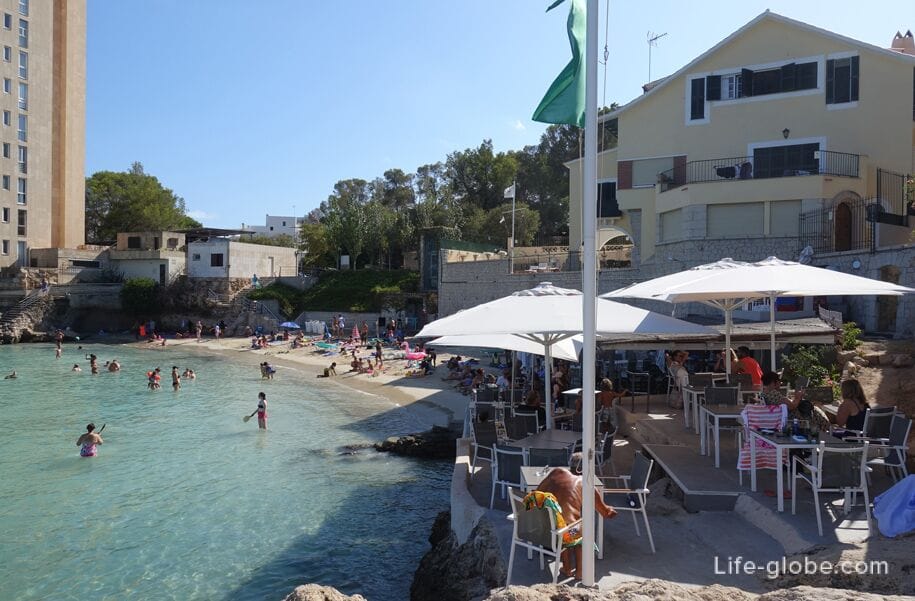 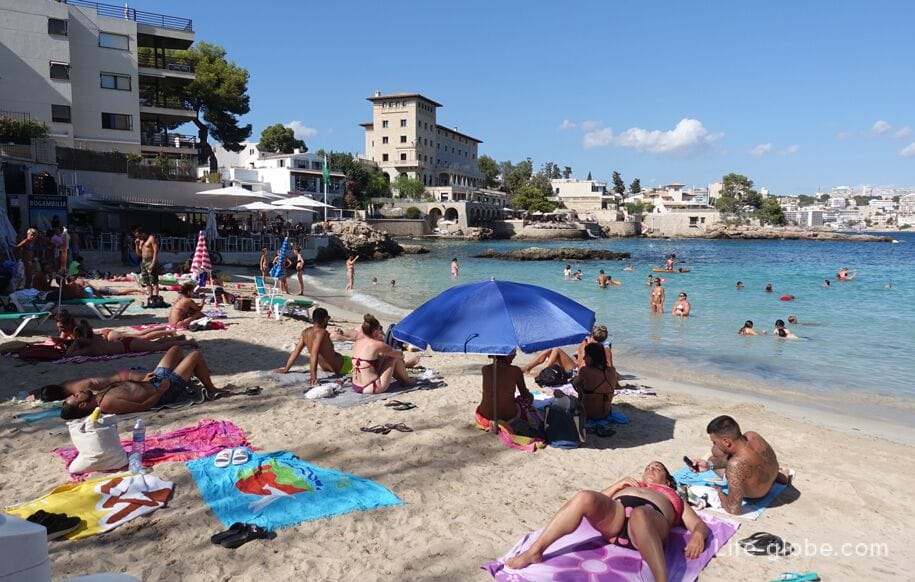 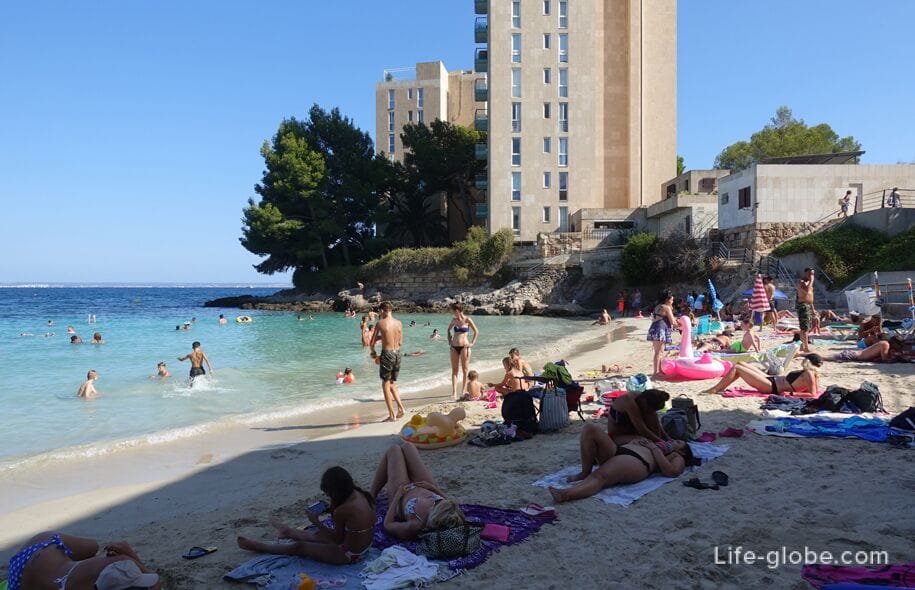 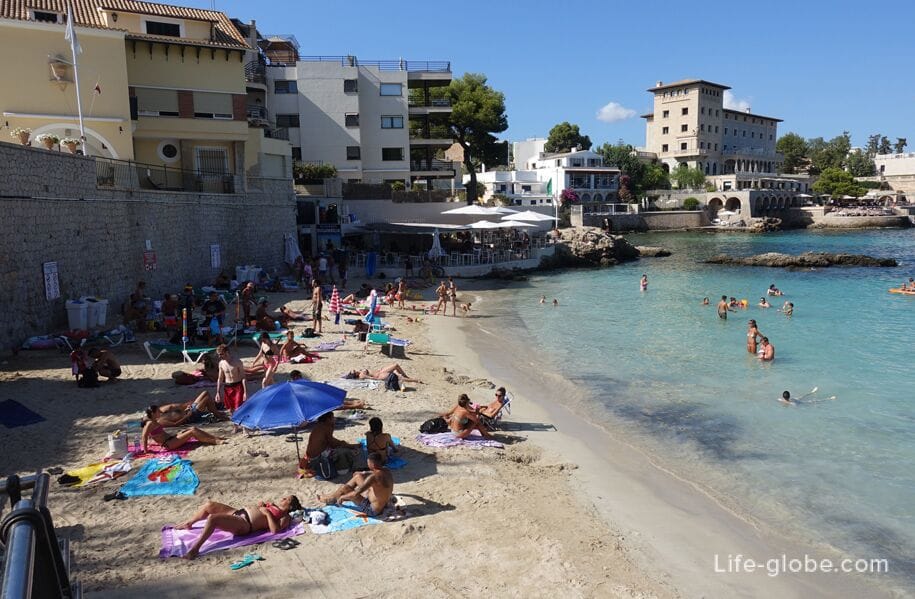 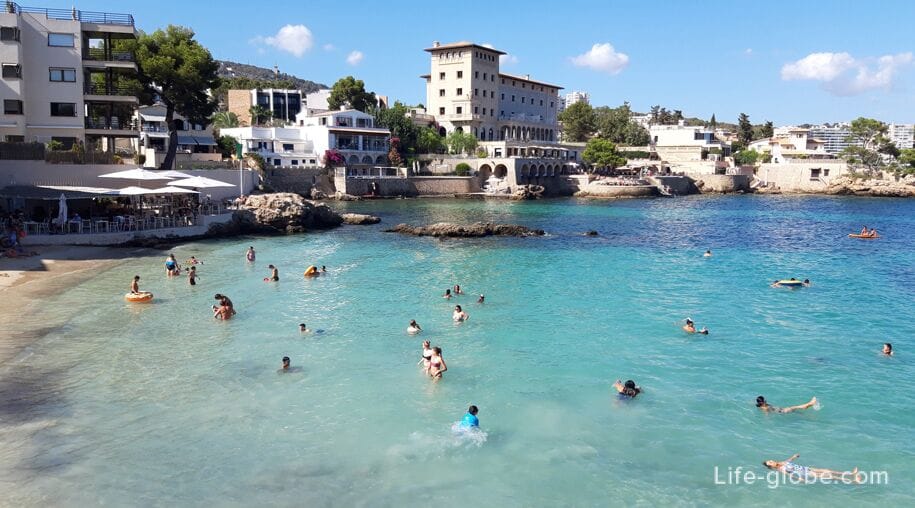 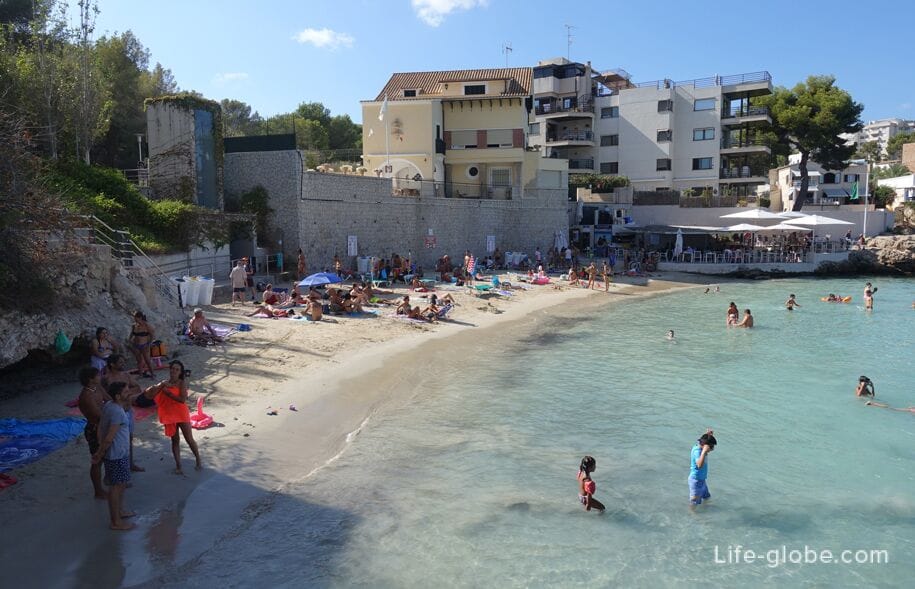 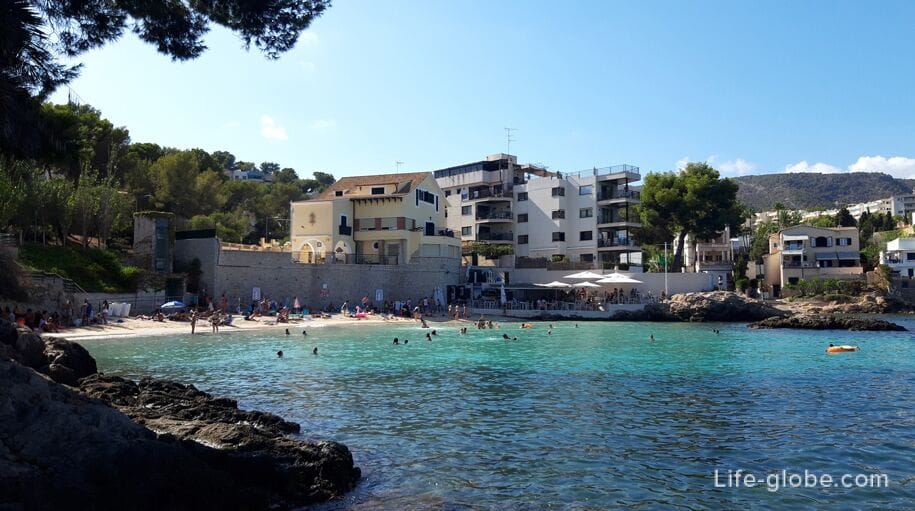 Behind the beach originates from the rocky coast of the neighbouring resort of Illetas. 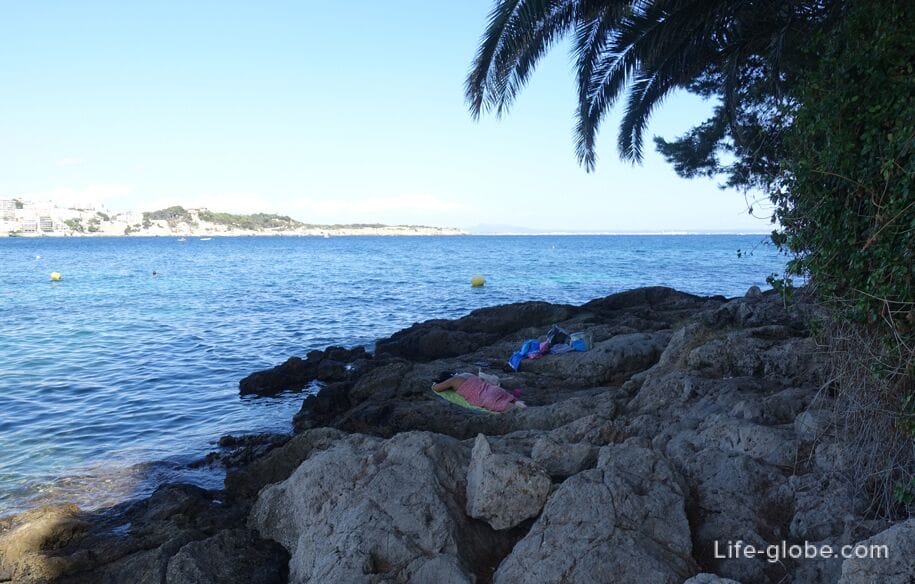 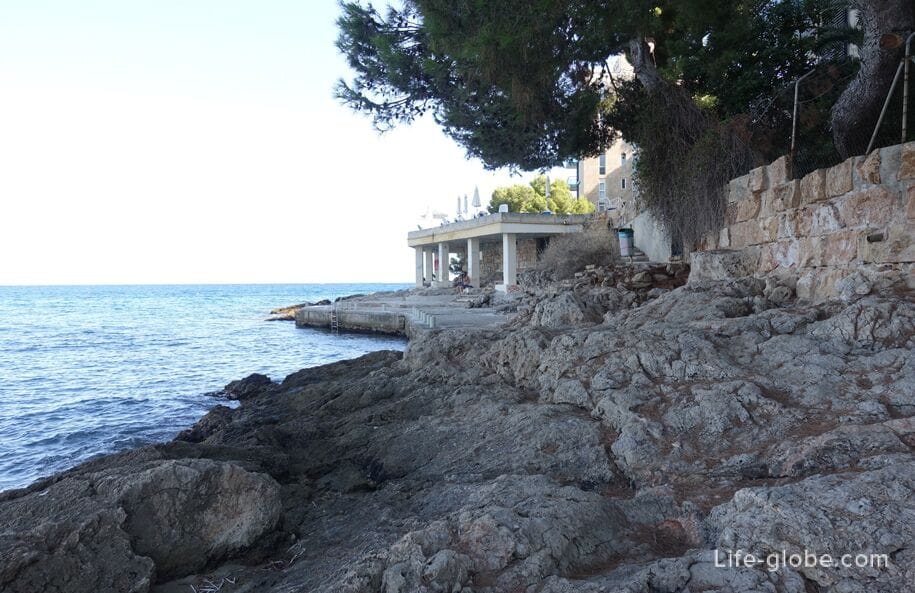 Along the coastline CAS Catala't lie embankments. The beaches and all the coast as a whole is separated from the road by the hotel and residential buildings, which is passing by the road Carretera Andratx (MA-1C), along with sidewalks, there are bus stops, several shops and cafes.

Sights and activities in CAS Catala

Attractions, and entertainment, in addition to the sea, nature and beaches, in CAS Catala no.

Near CAS Catala, you can visit:

area of Bendinat, within which there are: a children's amusement Park "Jungle Parc Junior", the Golf club Bendinat (Real Golf de Bendinat) and the Bendinat castle (Castell de Bendinat); 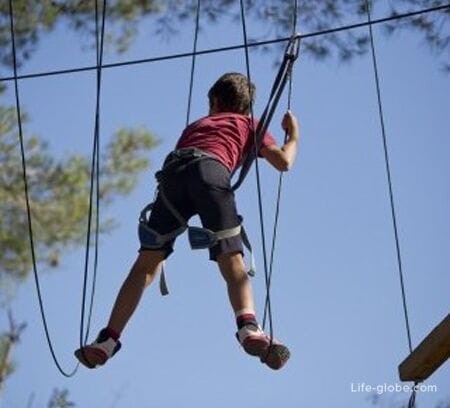 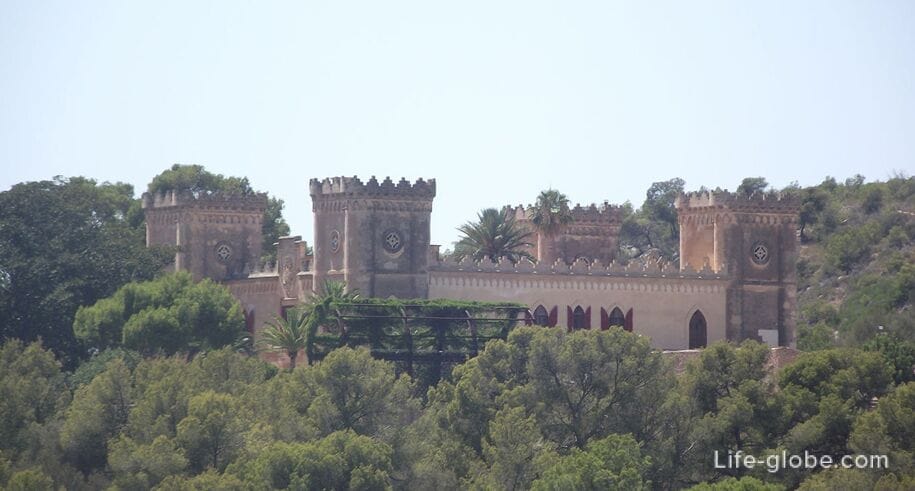 - the resort town of Portals nous, famous yacht Marina Puerto Portals, several beaches and an observation deck that are the best in the area; 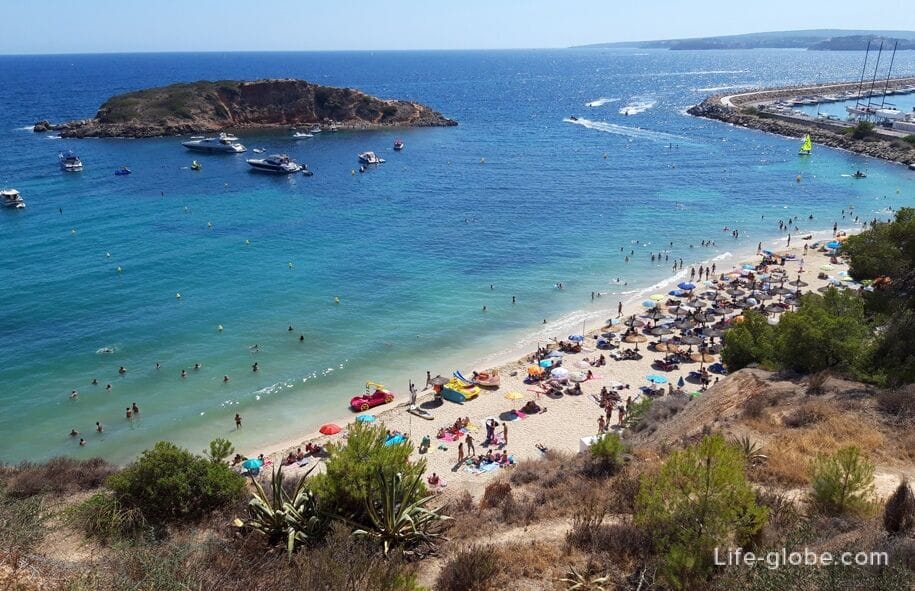 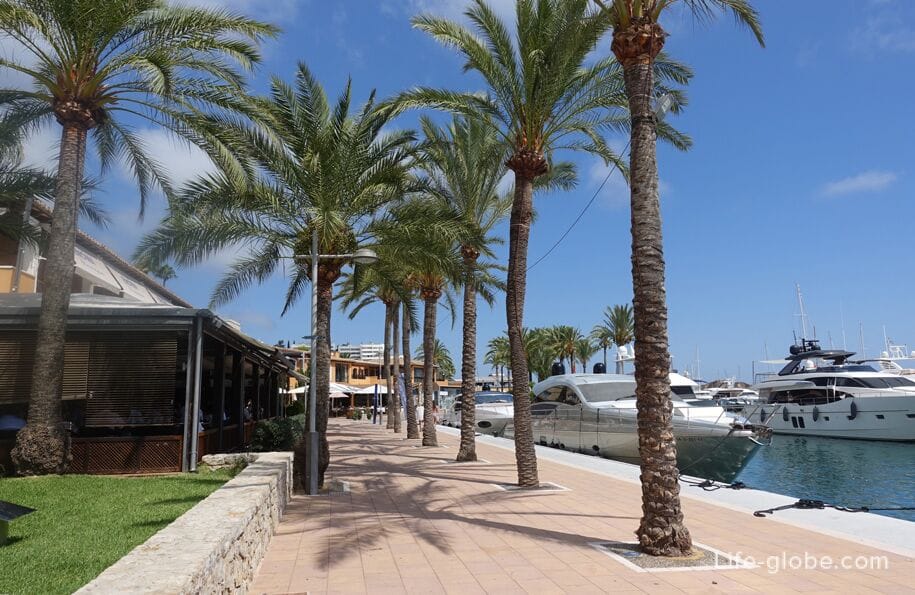 - Park "Marineland" (Marineland Mallorca), which is a Dolphinarium and a zoo with an aquarium, tropical house and Park birds.

The Park is located around the border areas of Costa den Blanes and Portals nous, at the address: Carrer Garcilaso de la Vega 9, 07181 Costa d'en Blanes. The website of the Park: marineland; 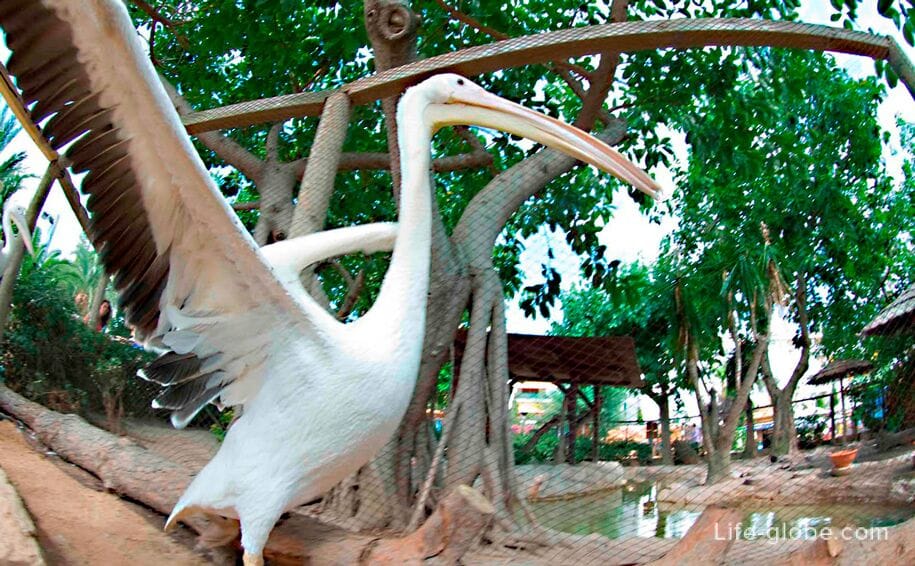 - the neighbouring areas of Sant Agustí and Cala Major belonging to the municipality of Palma de Mallorca. Following through the areas along the coast, then along the beautiful promenade Paseo Maritimo you can walk or drive to centre of Palma with its many attractions.

How to get in CAS Catala: taxi; car; bus:

- from the airport № A11 - stop Portals nous. Or with transfers through the centre of Palma: the first bus 1 and 1R to the center or to Porthope, then in CAS Cathal. 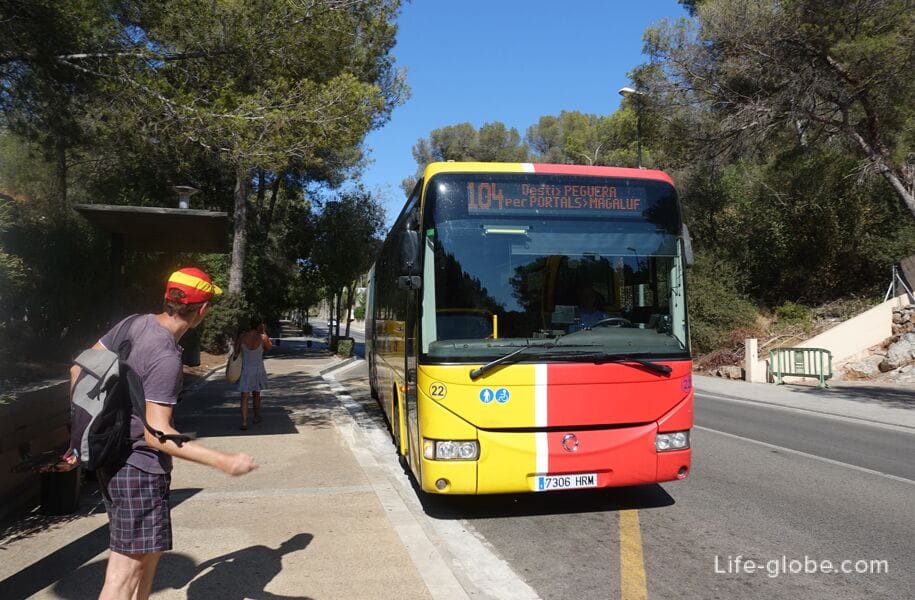 CAS Catala on the map