The water tower building was built in 1904 to improve the water supply of Krantz.

The water tower is made in an architectural style - historical eclecticism, has a height of almost 40 meters, has a peculiar dome and is the second tallest architectural object of the city. After the Second World War, the tower was not repaired, and part of the pipes failed. In 1946, there was an attempt to restore the operability of the tower and use it for its intended purpose. The German pipes that failed were replaced with new ones, but they could not withstand the water pressure. Since then, the tower has not been used for its intended purpose. 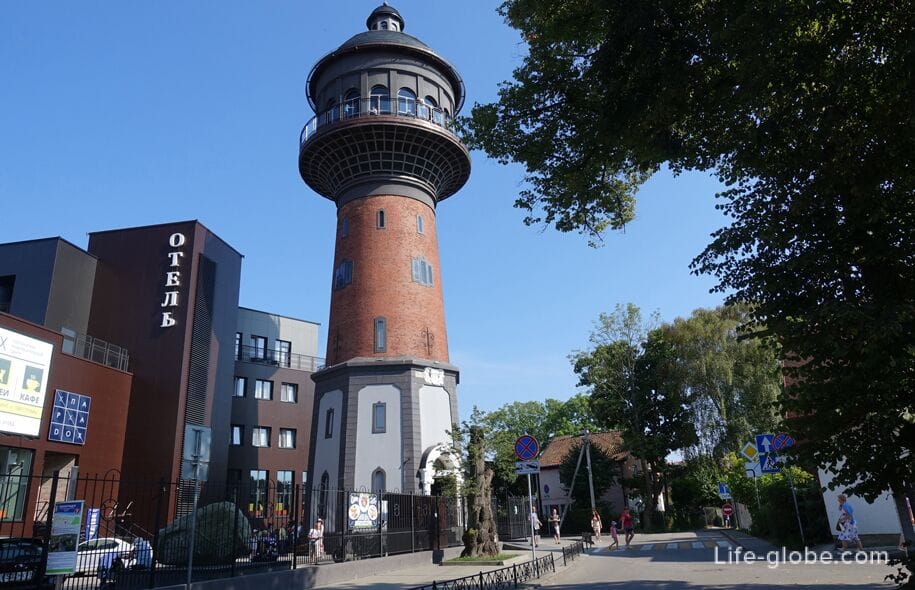 Currently, the Zelenogradsk water tower is an architectural monument of municipal significance.

In the tower, at a height of 24 meters (in the area of the former tank), there is an open circular observation deck with a 360-degree view, and on three floors, below the observation deck, the Murarium cat museum is located. In the dome of the tower there is a penthouse - a duplex apartment with access to an observation balcony-gallery.

Observation deck of the water tower in Zelenogradsk

Tickets to the observation deck are sold on the first floor of the tower. Elevator ride. 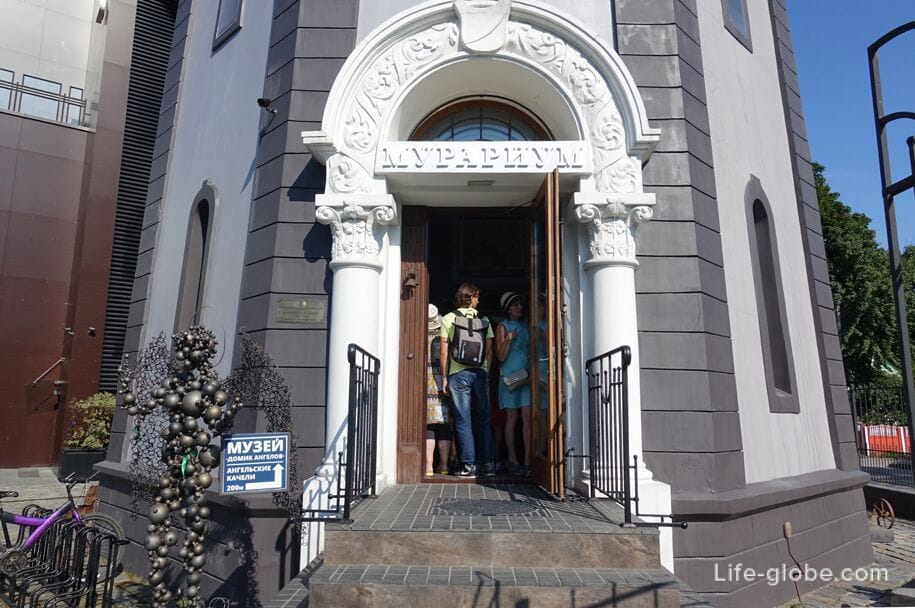 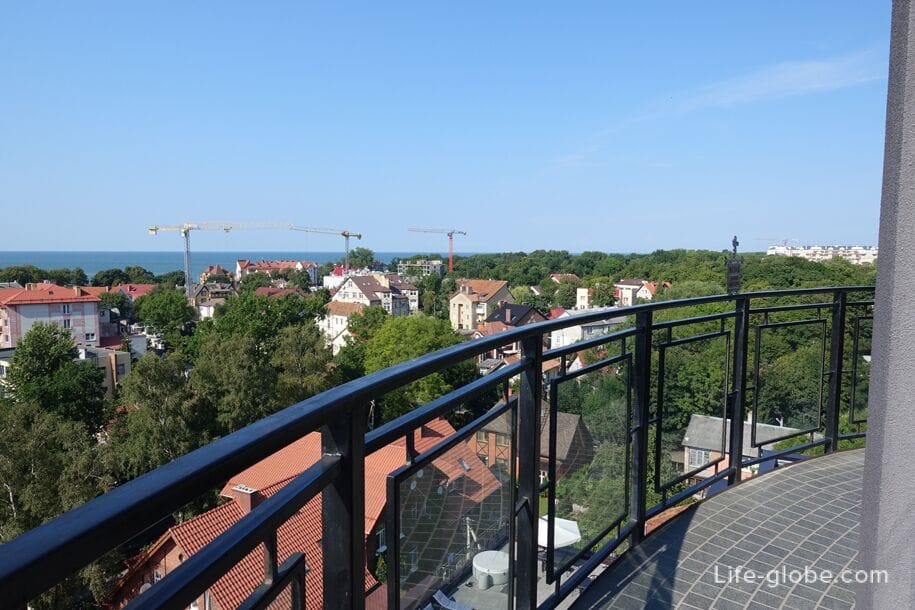 Views from the observation area of the water tower in Zelenogradsk 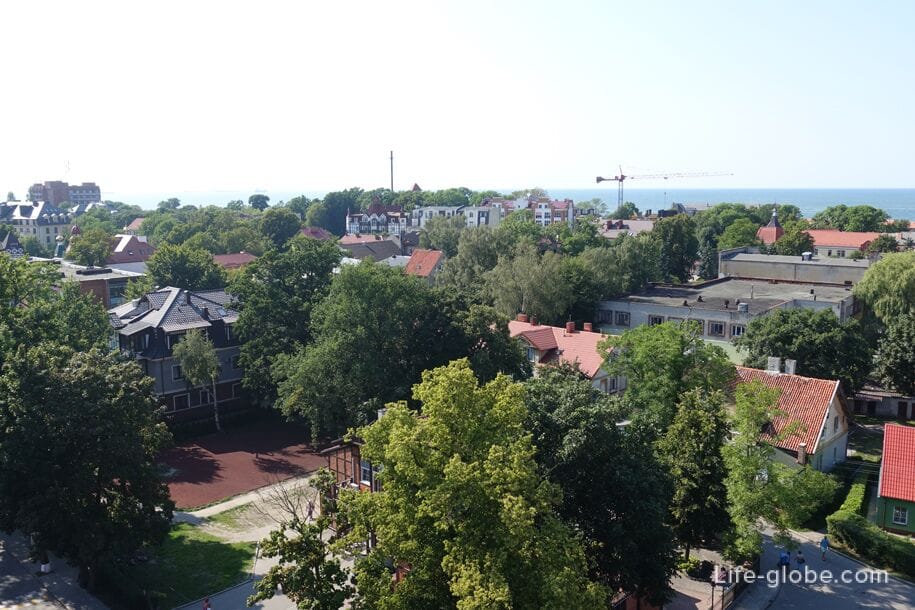 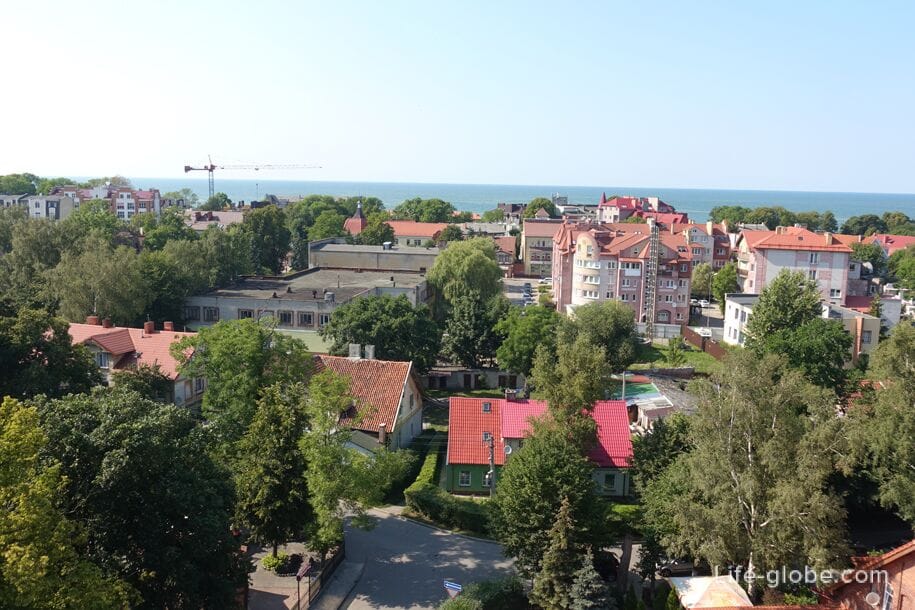 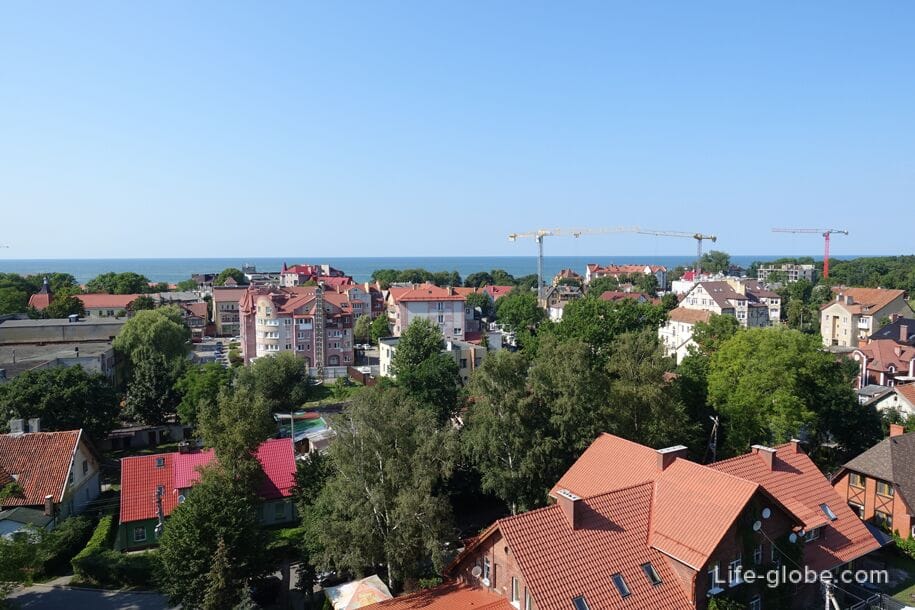 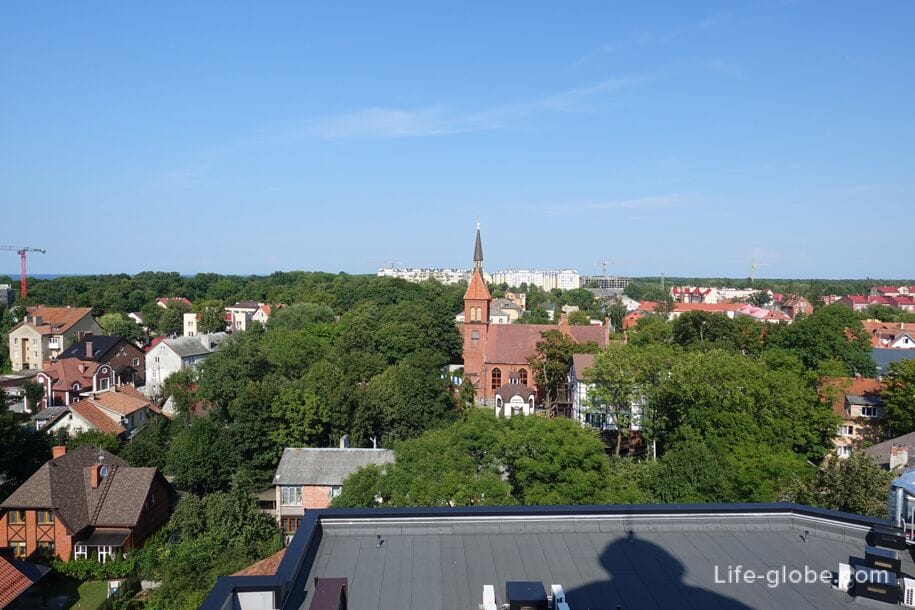 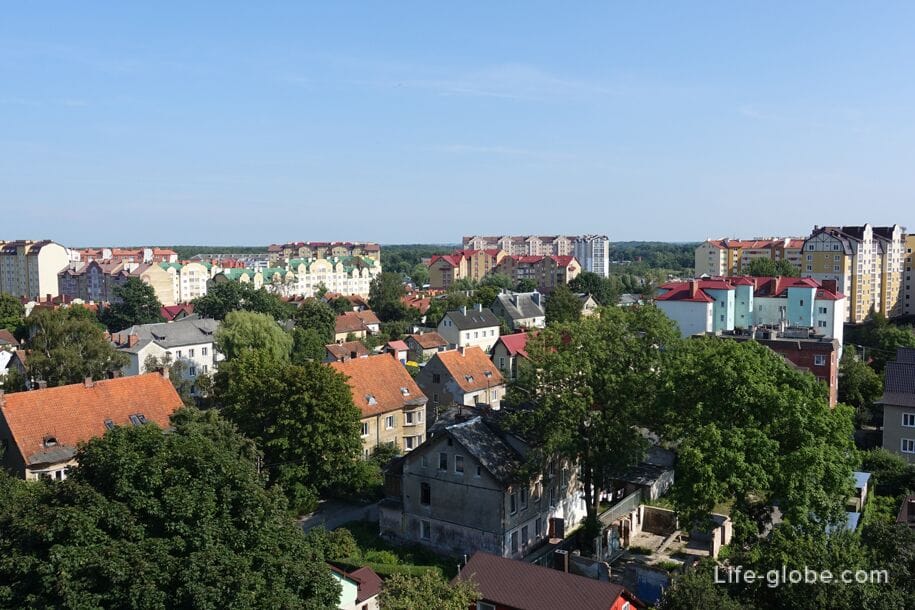 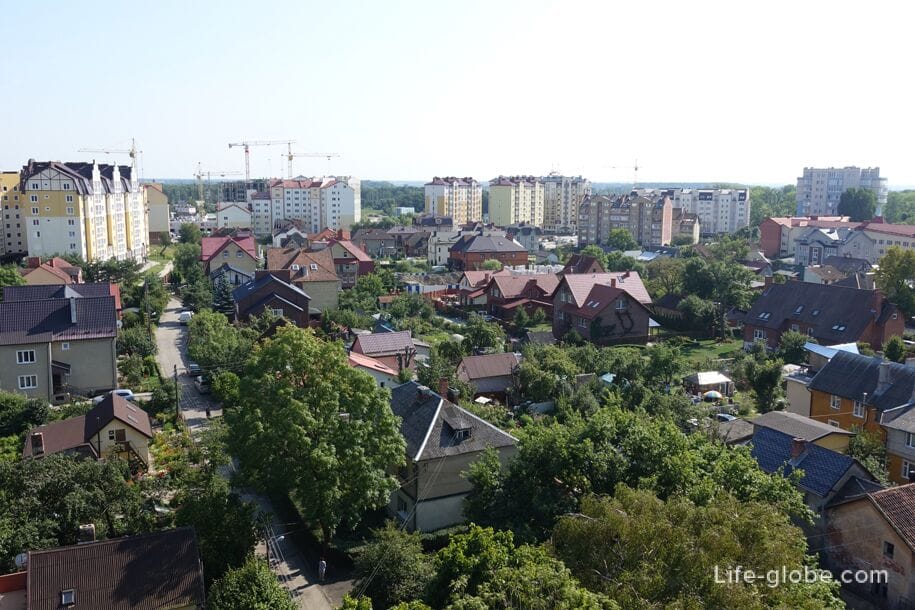 View of the Lutheran Church of St. Adalbert towering above the crowns of trees (now the Orthodox Transfiguration Cathedral), and next to the museum "House of Angels". 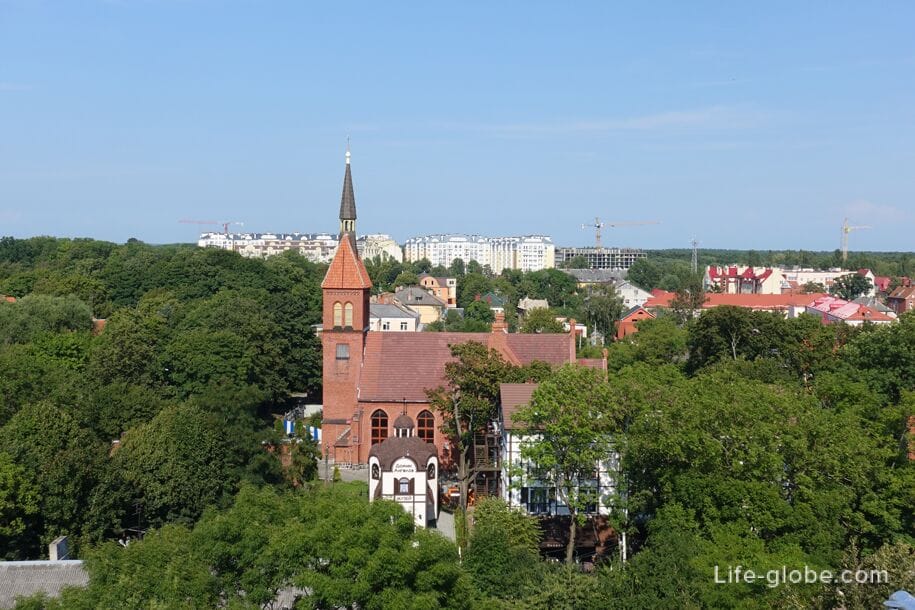 View of the site near the water tower 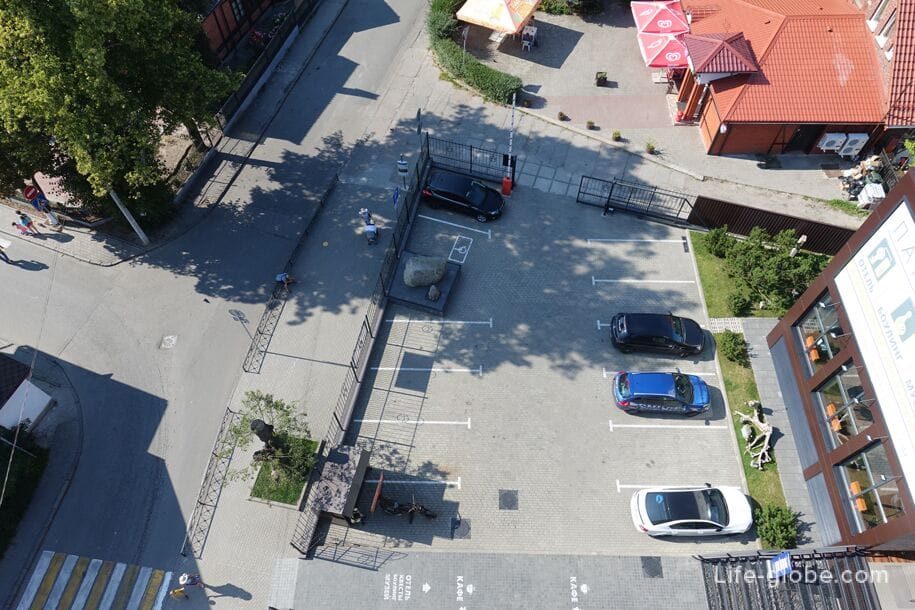 Here, on the observation deck, you can see a bench in the form of a cat and a puss in boots 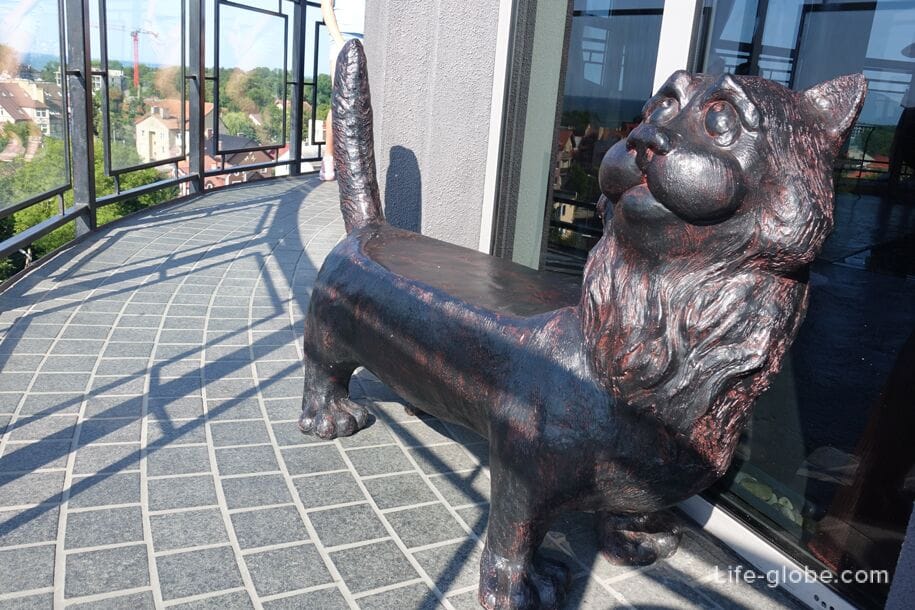 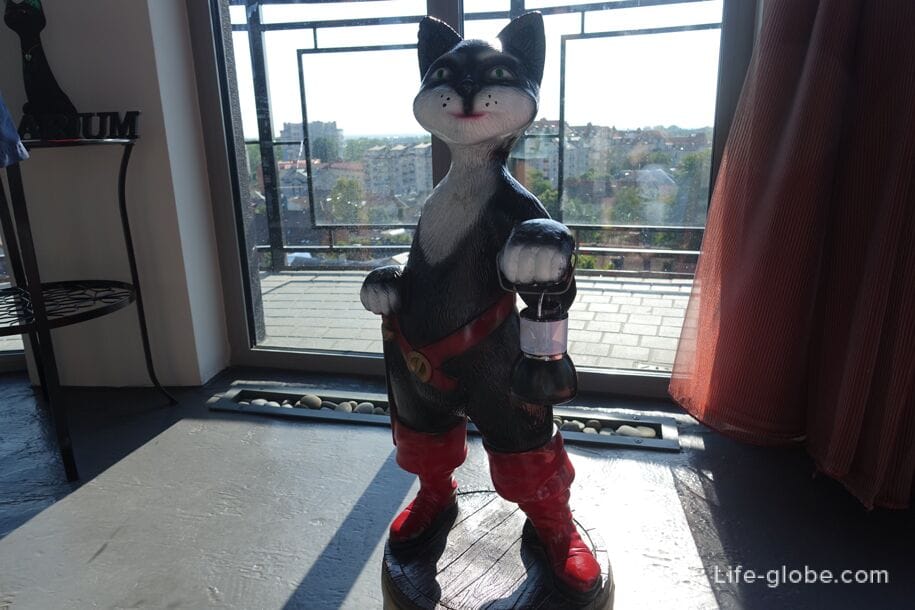 The Museum of Cats in Zelenogradsk

To visit the cat museum, after visiting the observation deck, you need to go down to the 5th floor, from where the cat museum begins. In the museum, in glass showcases, exhibits are displayed: saucers and plates, figurines, vases, toys, paintings, drawings, figurines and other objects with images or depicting cats.

So-so museum, you can visit except for the sake of a tick or with children, in order to entertain the kid. 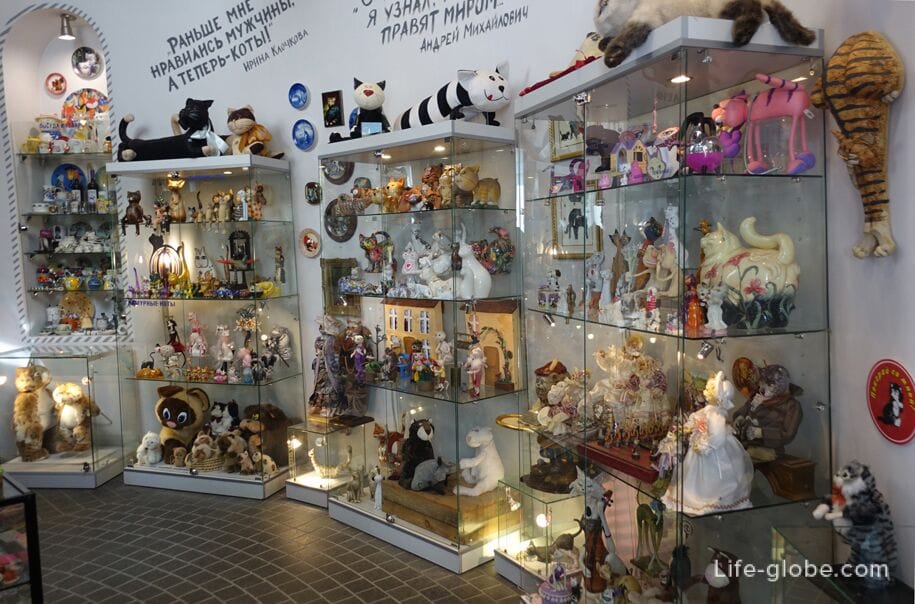 Next to the water tower there is a sculpture of a cat, a sign near which reads "... in good memory of our Yu.V.))". And also: parking, Museum of Skulls and Skeletons (MOE), cafe, bowling alley, questrum and 3-star boutique hotel PARADOX. 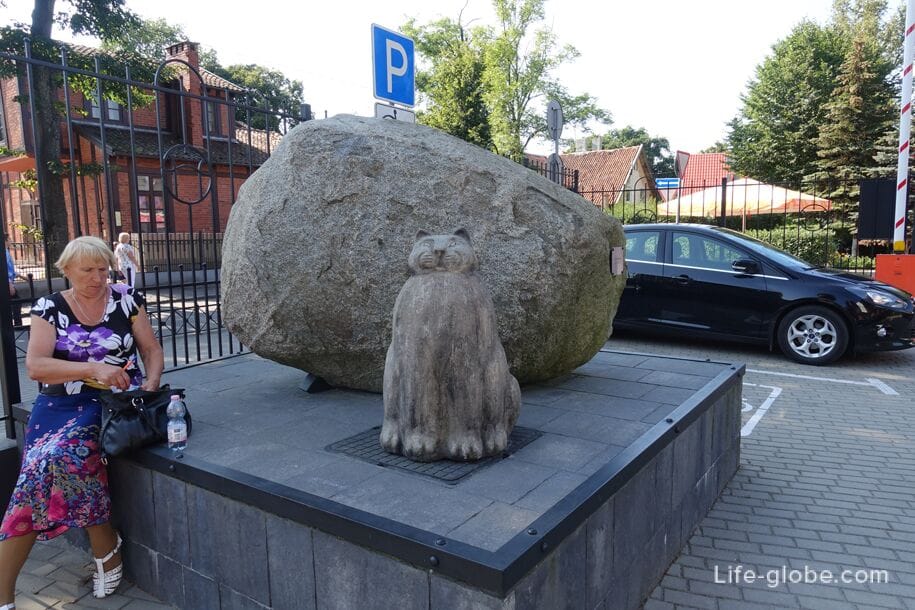 All accommodation facilities in Zelenogradsk (hotels, apartments, guest houses, etc.), including near beaches, in the city center and more remotely from those, can be viewed and booked here 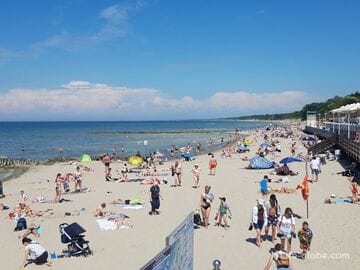 Beaches in Zelenogradsk. Promenade in Ze... 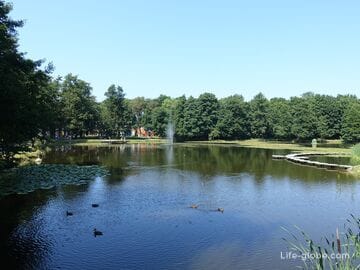