Heroes' Square (Hősök tere) is one of the main, largest and most visited squares in Budapest.

The square was formed for the celebration of the Millennium of Hungary in 1896. It was then the monument to the Millennium, which is the main decoration of the square. However, later the area was transformed, preterpela reconstruction and additions.

The Heroes square on the pest side (Eastern side of the Danube), between the Andrassy Avenue (Andrassy ut) and the city Park Varosliget.

Currently, the square hosts concerts, festivals and other public events. 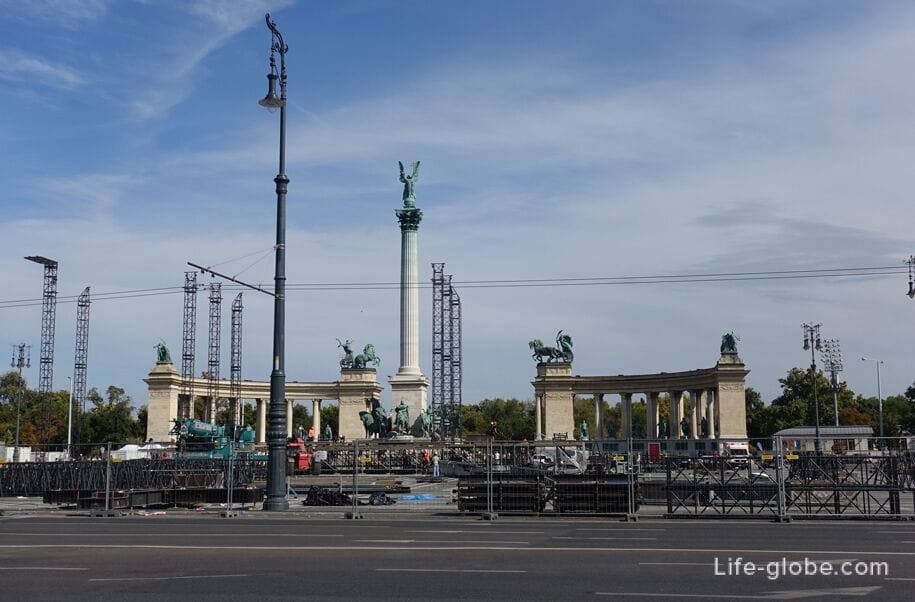 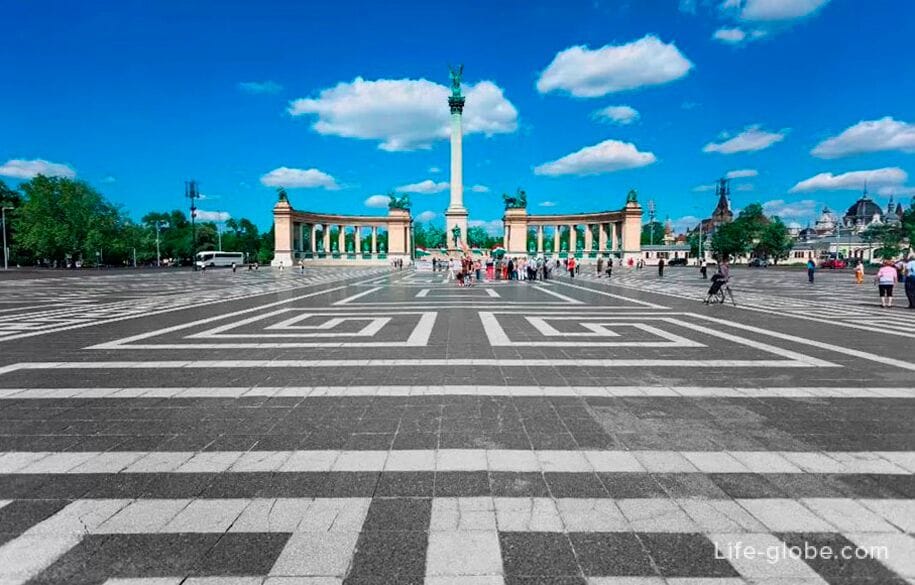 The Hungarian Millennium monument or the monument to the Millennium of Hungary (Millenariumi Emlekmű) installed in the center of the Eastern part of the Heroes ' square is one of the main attractions in Budapest.

The monument is dedicated to an outstanding Hungarian statesmen, kings and heroes who tried to make Hungary a better place and a thriving independent country. 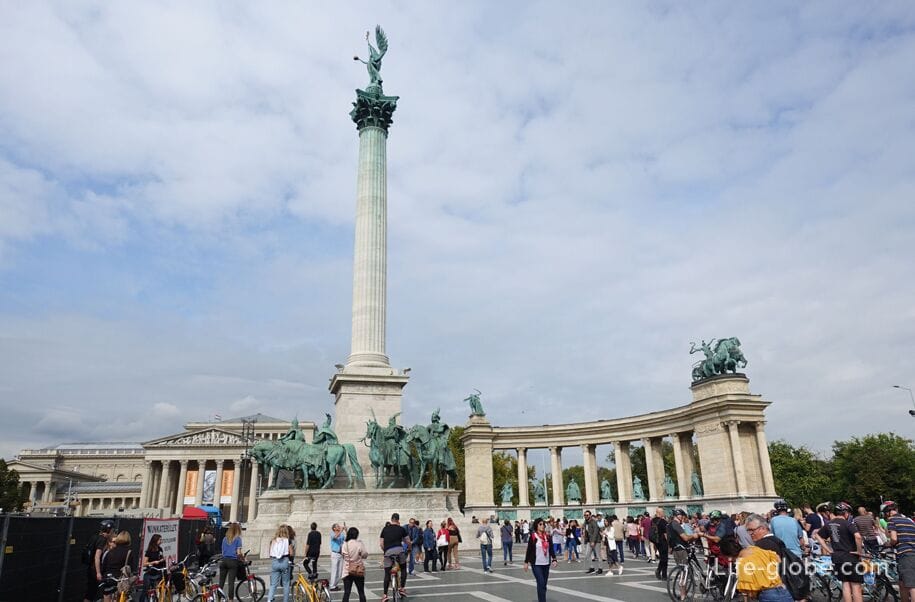 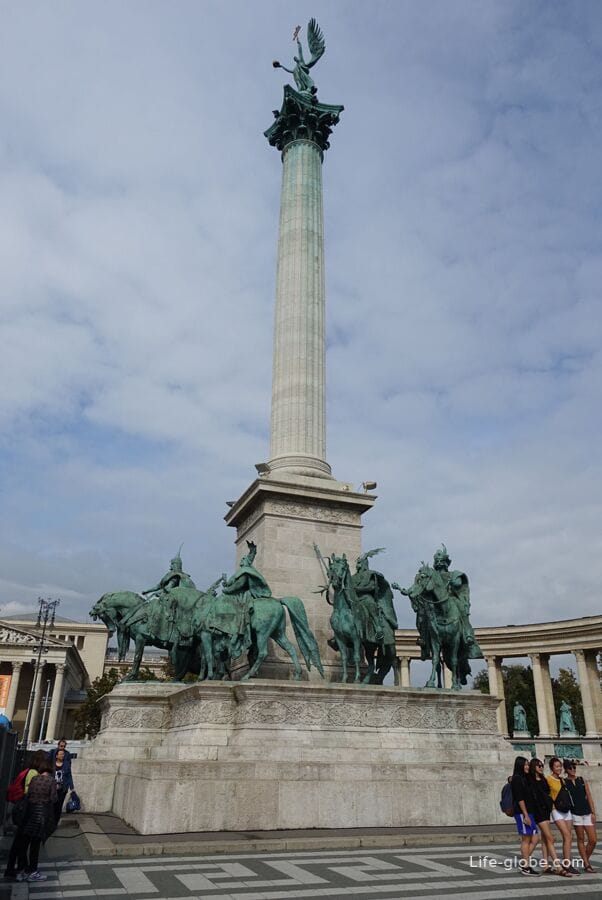 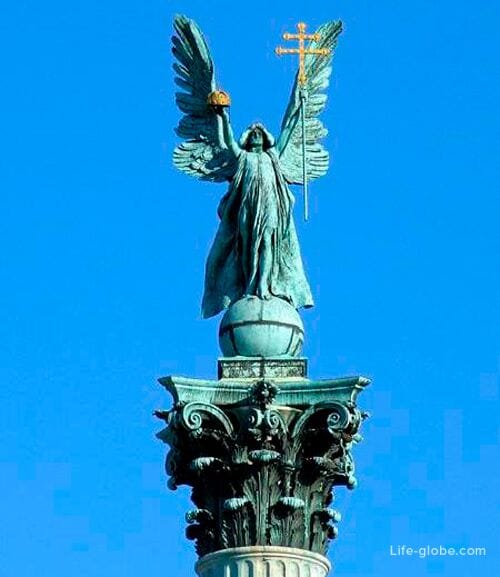 The sculptures of horsemen in the lower part of the columns are the seven leaders of the tribes of the Hungarians, who led the Magyars into their present home after years of wandering the Asian steppes. 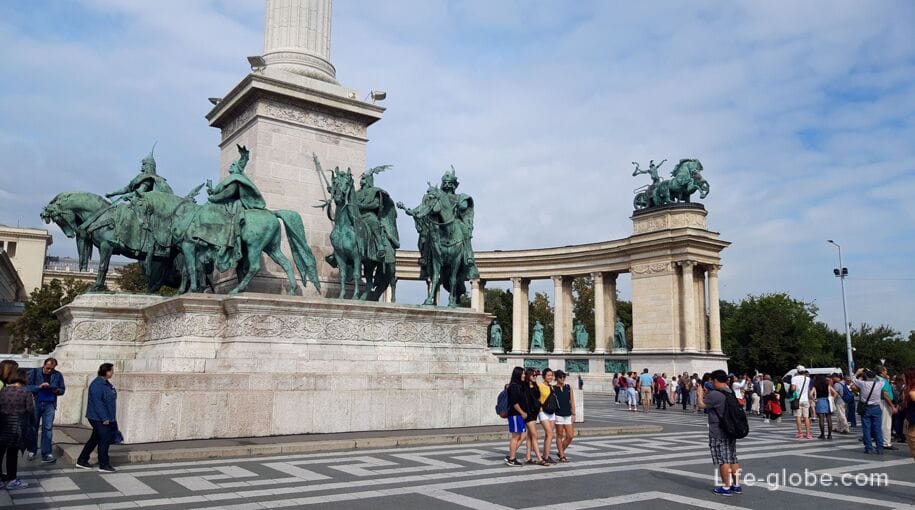 The rear part of the monument consists of two semi-circular colonnades (monument to the heroes of Hungary), each of which has seven Central statues set between the columns and representing great figures of Hungarian history. 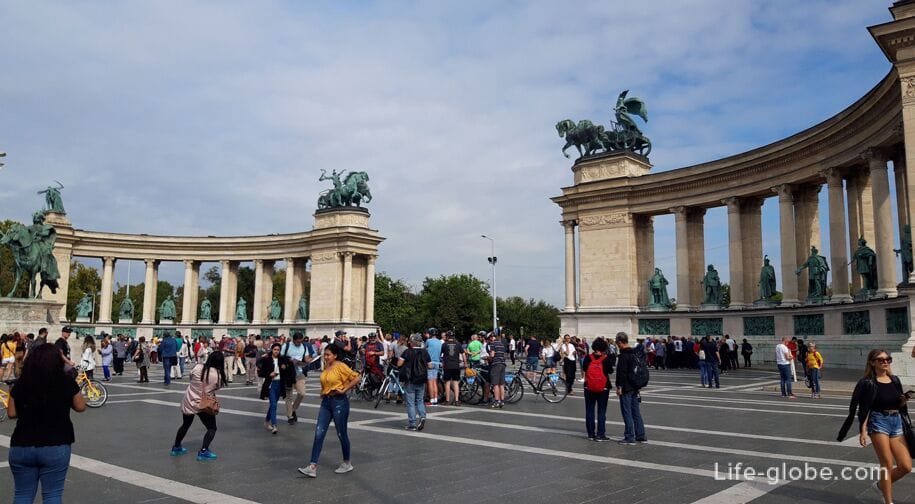 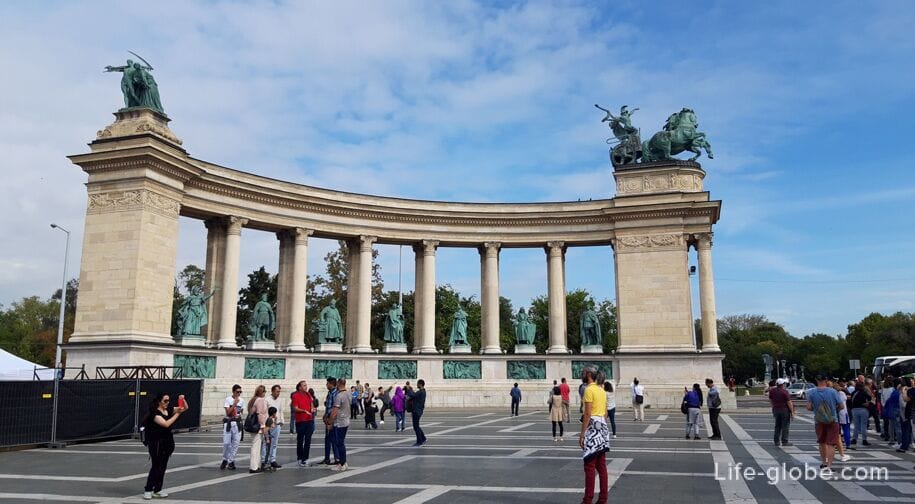 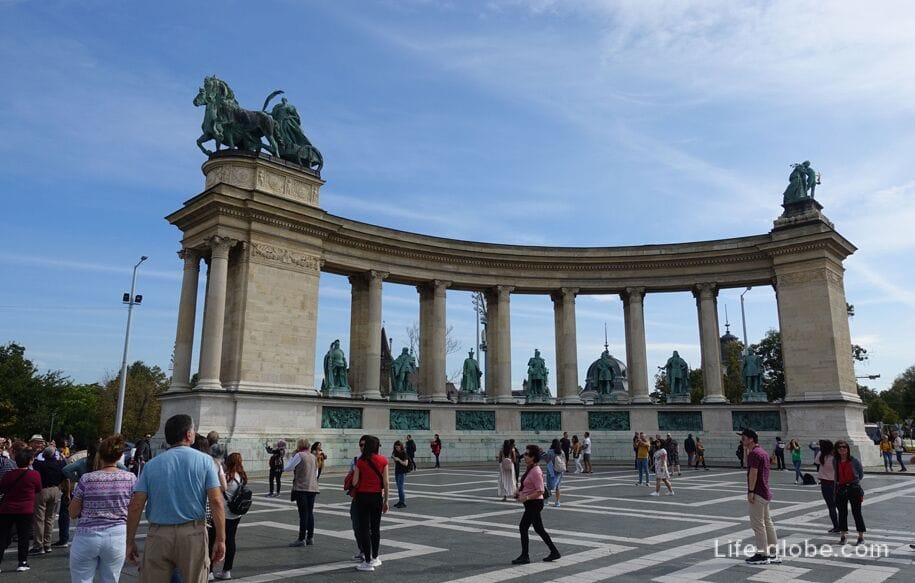 Before a column is the Memorial stone of heroes (Hősök emlekköve) - a memorial plate, installed in 1929 as a tribute to the fallen in the defense of the 1,000-year-old borders of Hungary.

The memorial stone is frequently and wrongly called the Tomb of the Unknown soldier. Mistakenly, because there is no buried human remains under the memorial is only the artesian well, originally built in 1894, called the Gloriette (Gloriette) and which began with the birth of the present area.

The memorial stone was removed in 1951, as an unacceptable element of the Communist regime. This had been erected in the same place in 1956. The memorial is surrounded by a low fence and is closed to the approach of visitors. 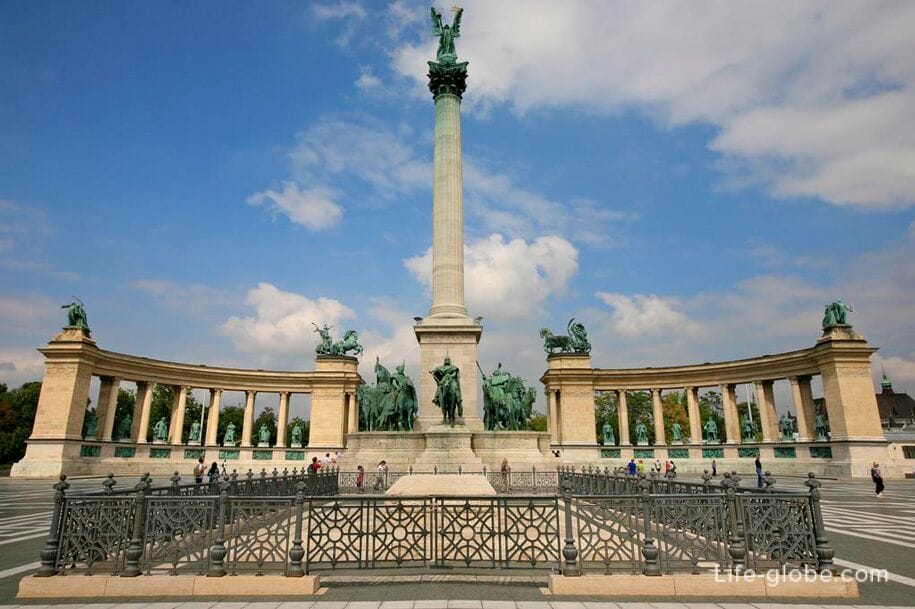 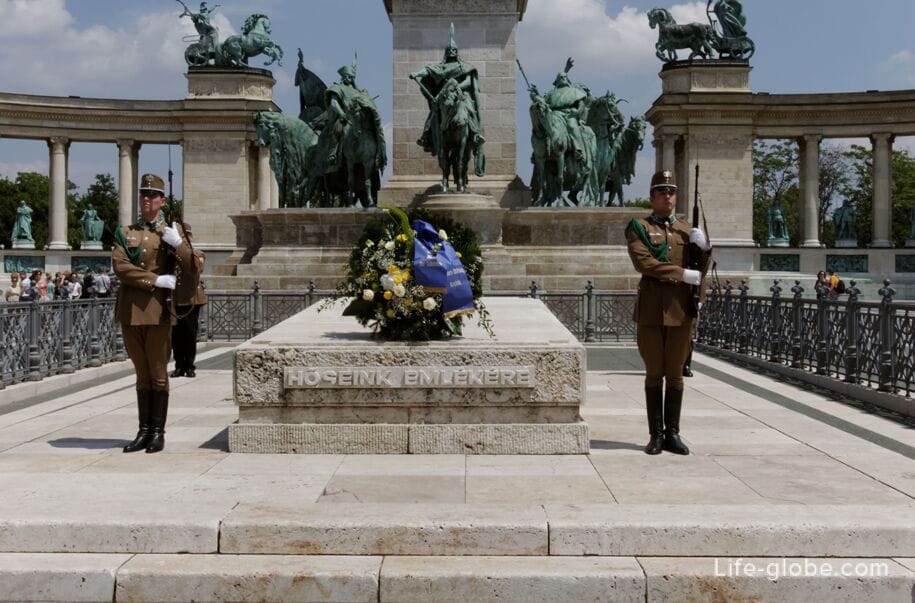 Across the street from Heroes square, with its Northern side, is suitably monumental building - the fine arts Museum (Muzeum Szepműveszeti), with permanent exhibitions of classical and modern large-scale temporary (changing) exhibitions.

This Museum was built in an eclectic-neoclassical style, between 1900 and 1906 and is now considered one of the best museums in Hungary. The halls of the Museum keep the memories of Hungarian and international art from antiquity to the end of the 18th century.

Museum hours and ticket prices can be found on the website. 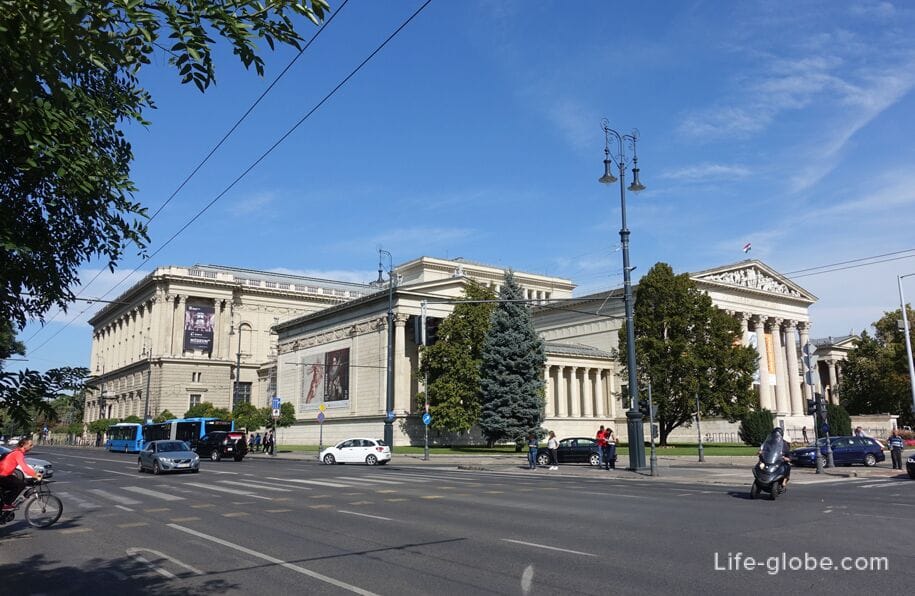 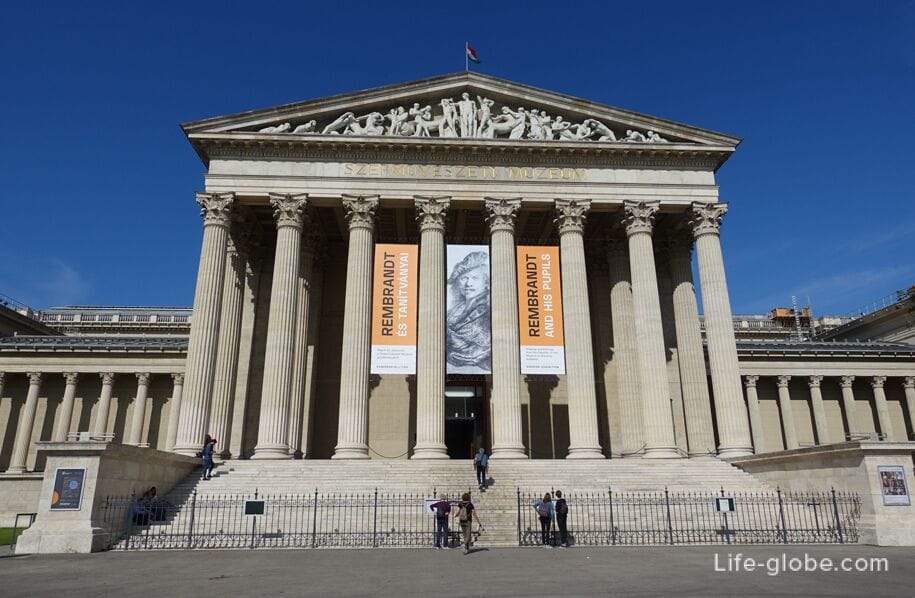 Palace of art or hall of art, the so-called Mucsarnok (Műcsarnok Kunsthalle), the Museum of modern art, located in a historic building across the street from Heroes square, with its South side, opposite the Museum of fine arts.

The Museum hold temporary exhibitions of contemporary art. It acts as an institution managed by artists, which does not have its own collection.

The building in neoclassical style with a portico in the Greek revival style on the main facade, designed by architects albert Likedance and Flopam Herzog, was built in 1896, originally to celebrate the Millennium. The building was renovated in 1995.

Opening hours of the Museum, current exhibition and ticket prices can be found on the website. 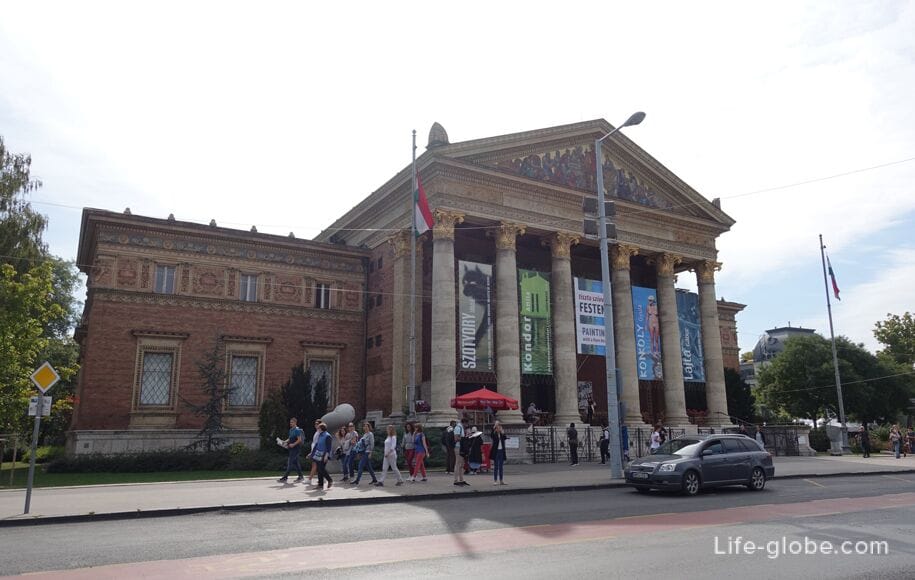 Behind the building of Mucsarnok, the Park Varosliget, there are "Wheel of Time" (Időkerek) which is one of the world's largest hourglass.

Diameter of the clock is made of red granite, stainless steel and bulletproof glass, is 8 meters and a width of 2 meters. The weight of the structure is 60 tons.

Initially, the Wheel of Time was supposed to roll over each year, thereby starting a new cycle and count down one year.

Inside are fine glass granules, which fall to the bottom of the clock so slowly that the decline in the "sand" could be seen, perhaps, in good daylight and very attentive people. Since 2011 due to problems with the operation and wear of the wheel of time is not working and is under reconstruction. 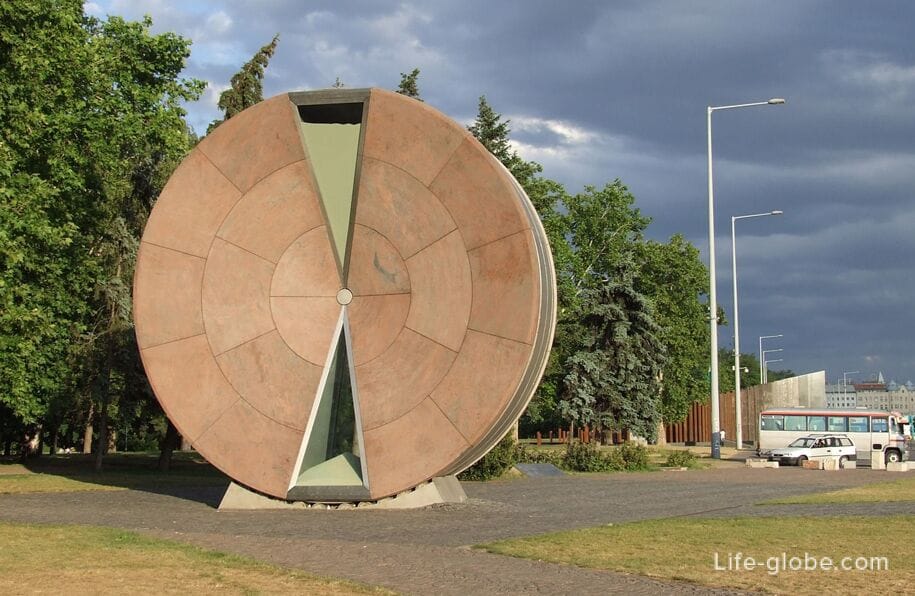 Where to stay near Heroes ' square in Budapest

The 4-star Mirage Mediclocated in a classic building of the 19th century. 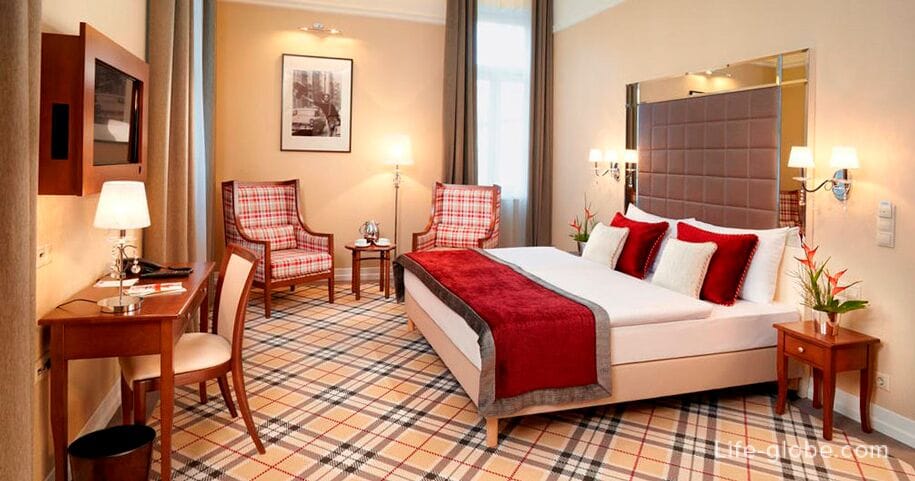 In the apartment: 2 bedrooms, a flat-screen satellite TV, a kitchen with a dishwasher and a microwave, a washing machine and a bathroom with shower. The link apartments 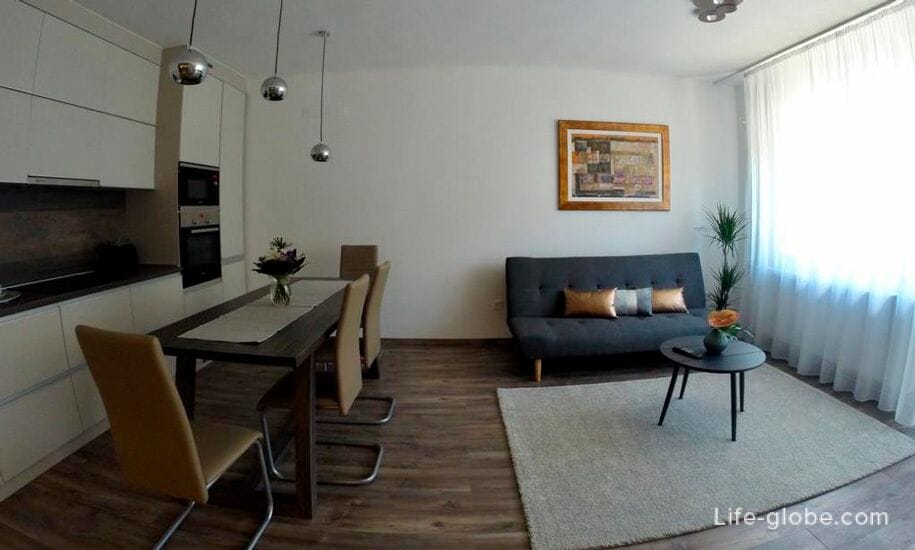 In the apartment: a bedroom, a flat-screen cable TV, a kitchen with a dishwasher and a microwave, a washing machine and a bathroom with a bidet. Link to apartment 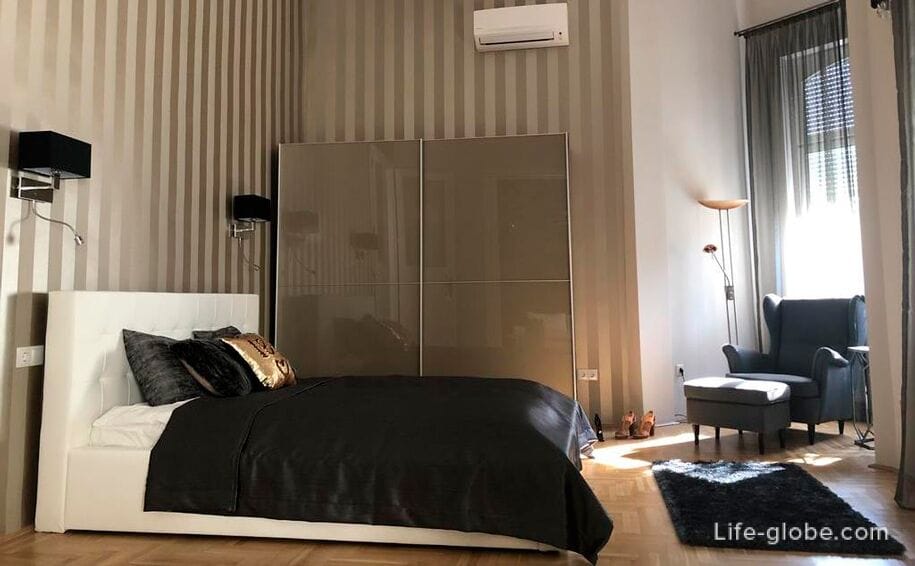 In the apartment: 2 bedrooms, a flat-screen cable TV, a kitchen with a dishwasher and a microwave, a washing machine and a bathroom with shower. The link apartments 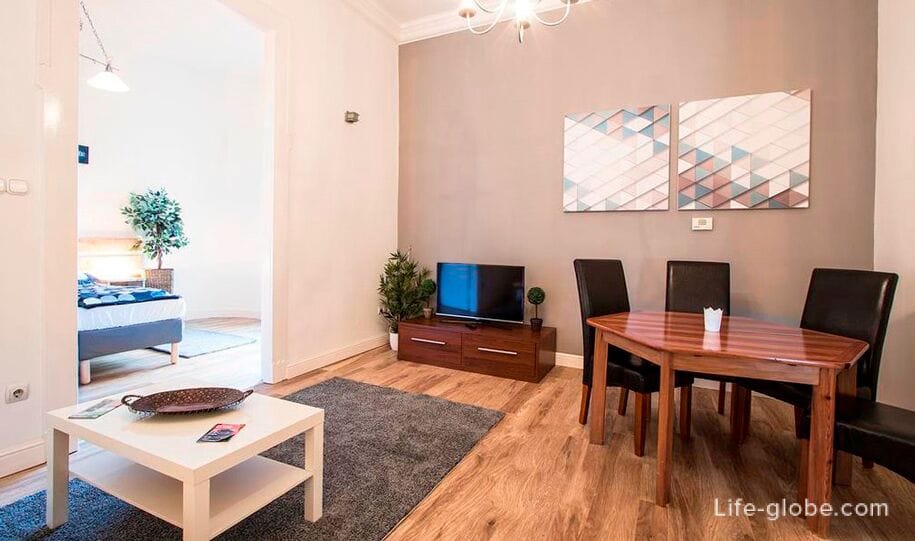 All accommodation facilities in Budapest, including near Heroes square, you can view and book here