Vigado, the full name of Pesti Vigado or Pest Vigado Hall, may also be known as Redut (Vigado, Pesti Vigado, Redoute) is the second largest concert hall in Budapest.

Vigado concert hall has a very convenient location in the tourist center of the city, on the Eastern Bank of the Danube along the Pest embankment, on the same Vigado square (address: Vigado ter, 2).

The Vigado Palace was built in 1865 on the site burned down in may 1949, during the anti-Habsburg uprising ballroom Redoubt, erected in 1829, and was the only concert hall in pest. At the hall of the Redoubt gave concerts with such famous people as Johann Strauss and Franz Liszt.

Reconstruction of the building was entrusted to Frederick Vesly in 1859, and the new Palace, in which the designer wanted to create a truly Hungarian style, opened its doors in 1865. Thus was born the hall of the "vigadó", the Palace of fun fun house for concerts, exhibitions, balls, dance evenings and other events.

The building of the vigadó was heavily damaged during the Second world war. Reconstruction, which took about thirty-six years, restored the original intent of the concert hall and Vigado now continues to take the leading conductors and performers from around the world. The facade of vigadó was cleaned and restored in 2006.

The main facade of vigadó, overlooking the eponymous square, has the Hungarian coat of arms in center, decorated with statues and busts of the dancers, monarchs and other famous personalities of Hungary. 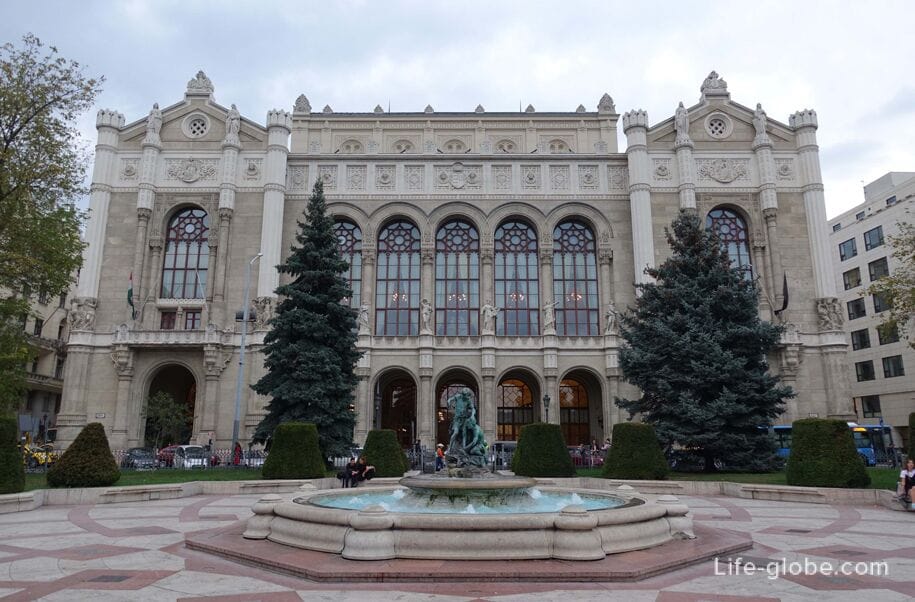 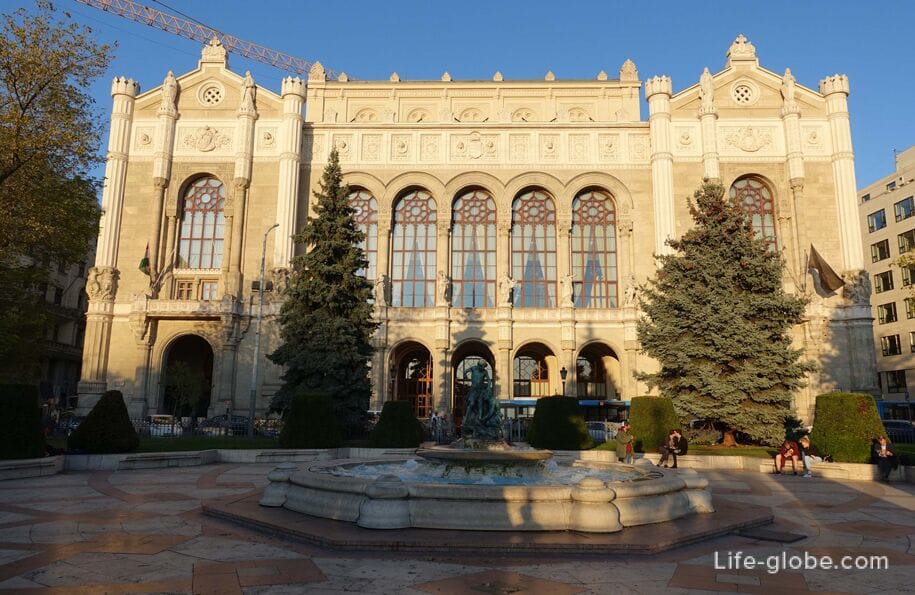 In the walls of the Vigado, in addition to concerts and other events, there are also exhibition halls with permanent and changing exhibitions, a restaurant and café, there is a panoramic terrace on the 6th floor which offers views of the Danube, the Pest embankment and the old Buda side.

Visit Vigado possible by purchasing tickets at the box office of the building or complete a ticket online. During the visit the guests will visit the foyer, the main staircase, concert halls, bathroom and panoramic terrace.

To clarify the cost of tickets, a concert schedule and hours of operation Vigado on the website. 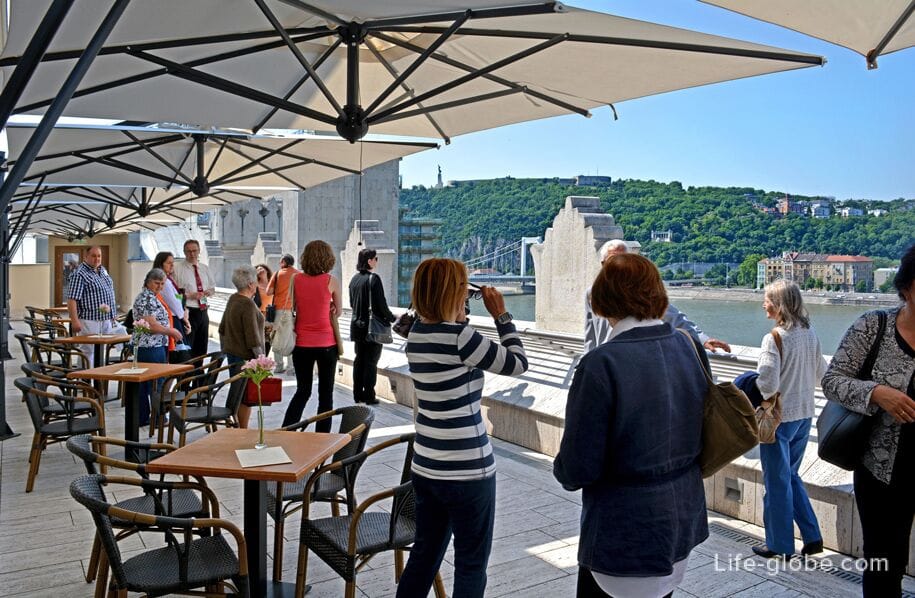 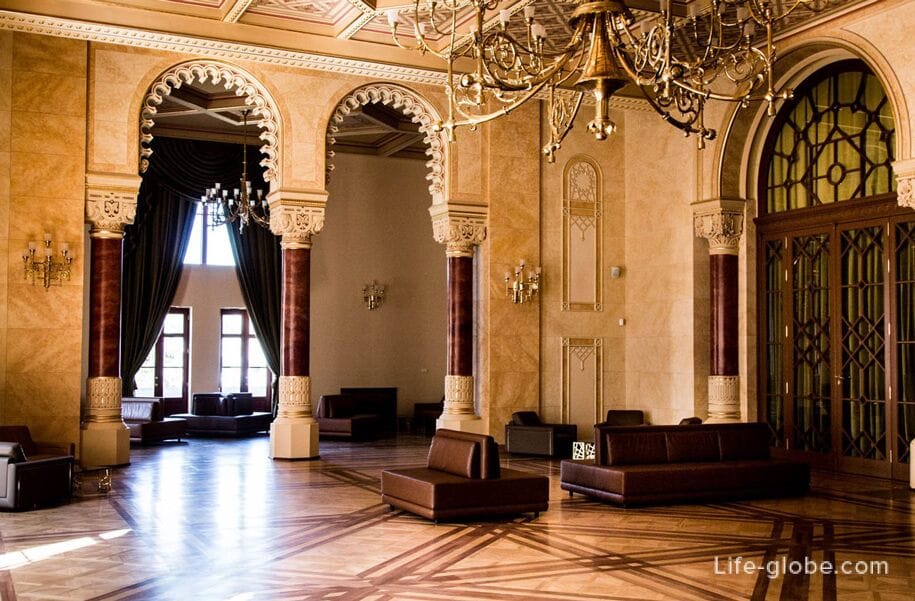 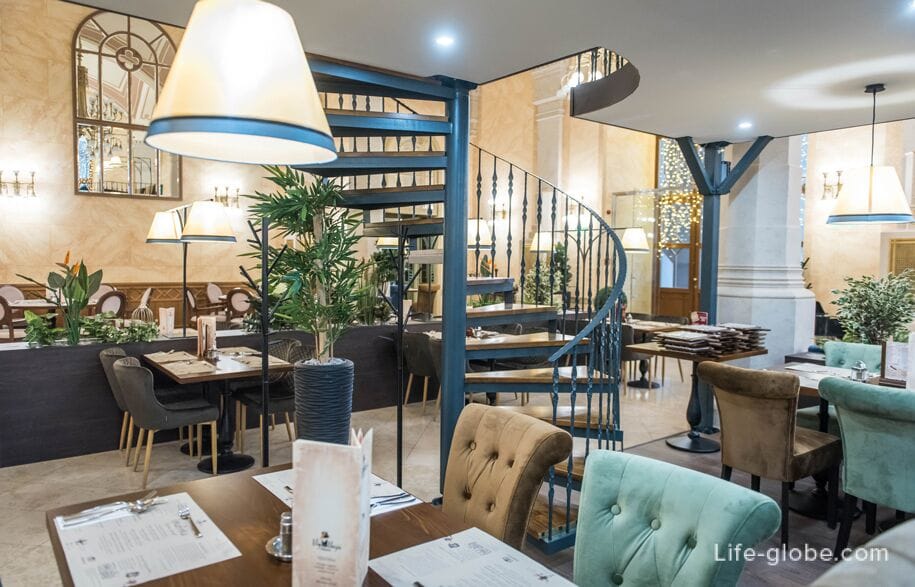