"The Cathedral" St. Paul's is a Church with Cathedral status, though not as the main Cathedral of the city, but, nevertheless, one of the largest and most important cathedrals in Valletta. It is also one of the three cathedrals of the Anglican diocese of Gibraltar in Europe.

The temple was built in neoclassical style between 1839 and 1844, architect William Scamp, commissioned by Queen Adelaeda, widow of King William the Fourth and aunt of Queen Victoria.

During its history, the cathedral was expanded and repeatedly restored. In 2005, the temple was restored and modernized.

The cathedral is constructed of the Maltese limestone, its internal dimensions are 33.5 x 20.4 meters. Height of a tower spire of a northwest corner of cathedral exceeds 60 meters. This spire is the known reference point of Valletta which is well visible from Slima. 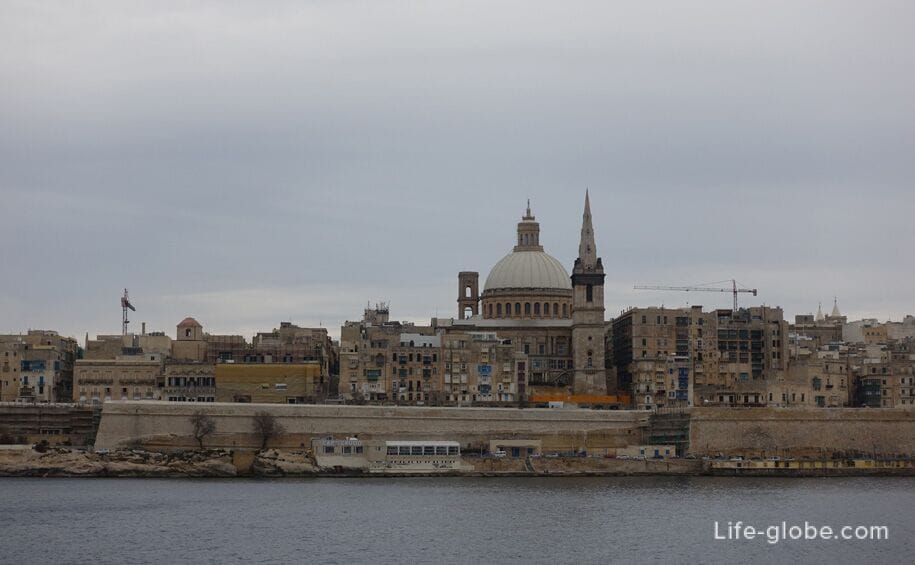 A view of the Cathedral from Independence square 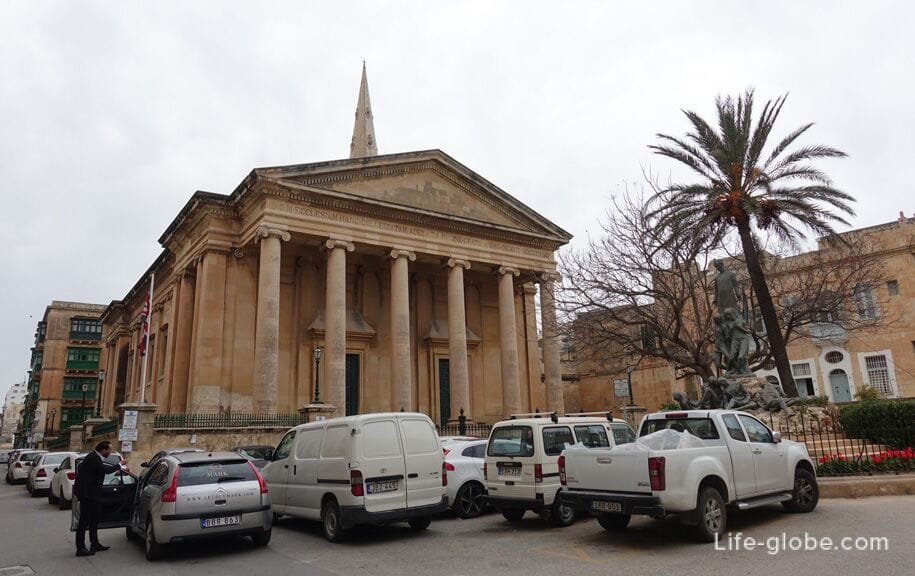 A view of the Cathedral from West street (West Street) 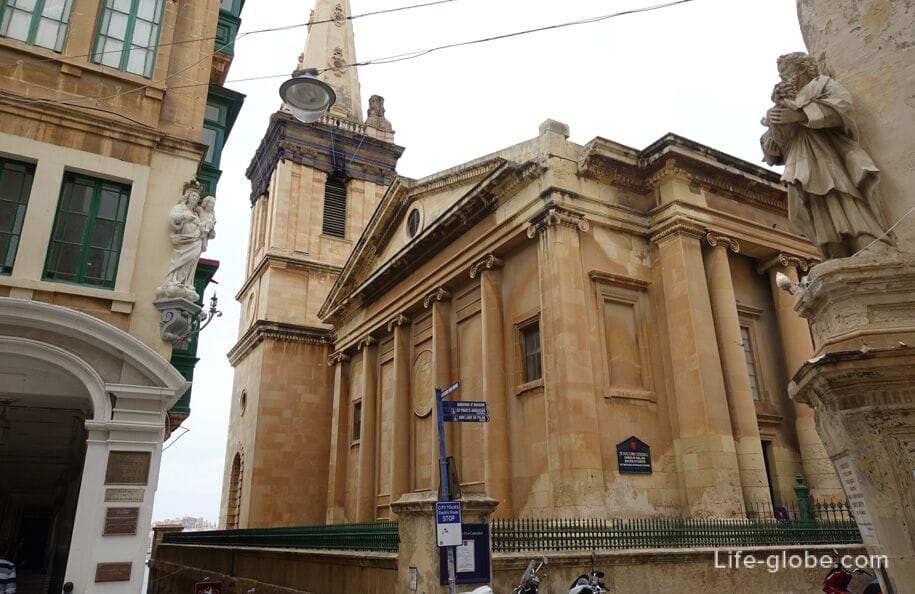 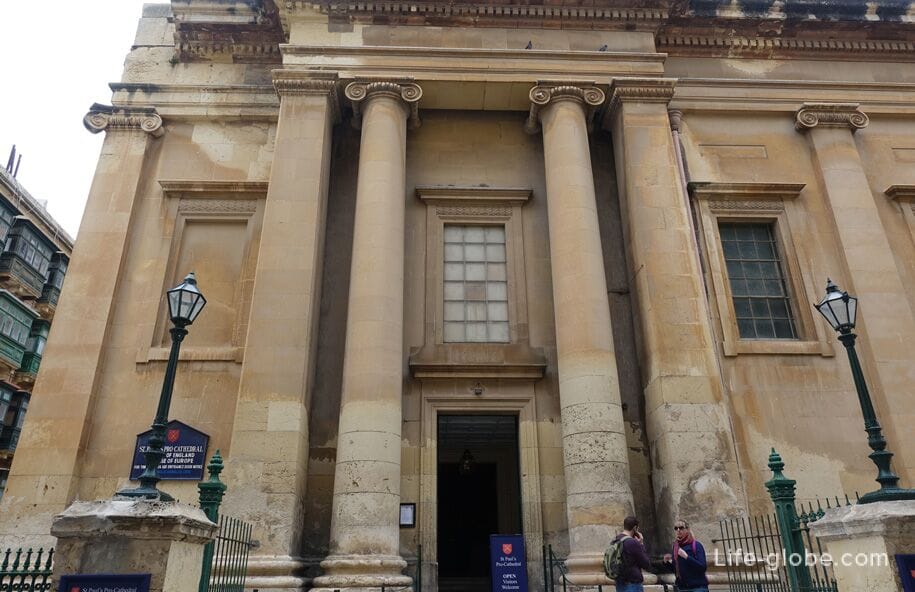 The Interior Of The Cathedral Of St. Paul

Inside the Cathedral of St. Paul is notable for the abundance of natural light and the feeling of a large free space.

The throne and the side panels are a memorial to the second siege of Malta during the Second World war of 1940-43, when 30% of the buildings in Malta were destroyed by bombing. The Cathedral itself lost its roof, after which the services were held in the crypt until 1949, when the throne was moved, and the Cathedral was consecrated again.

On the side panels lists the armed forces and ships involved in the siege. 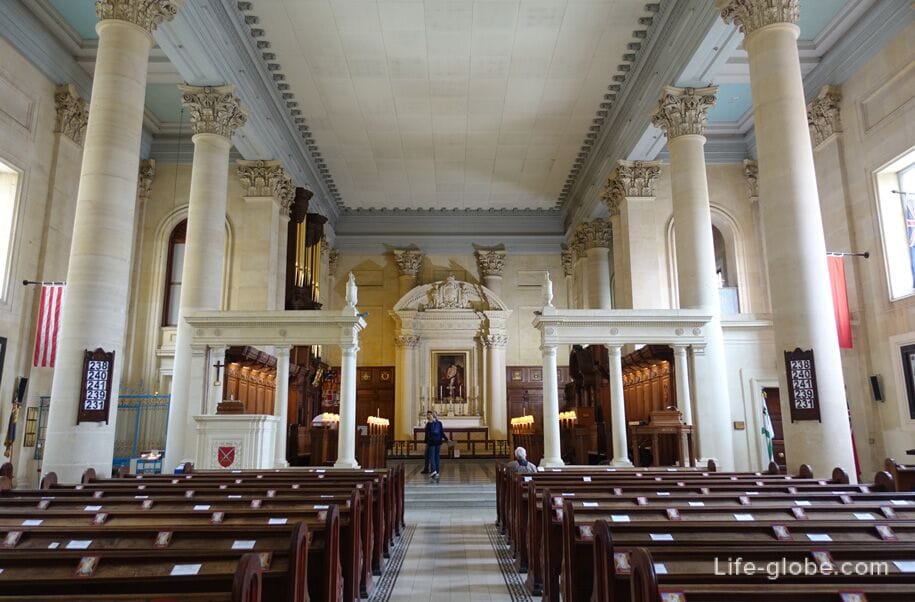 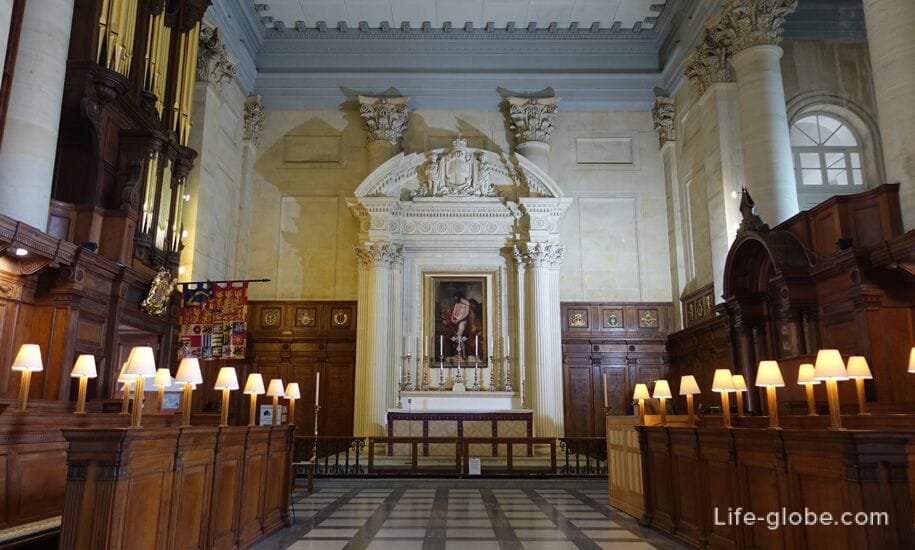 Throne of the Bishop. Currently, the Bishop is located in London, but when he attends a diocese, he uses this throne. 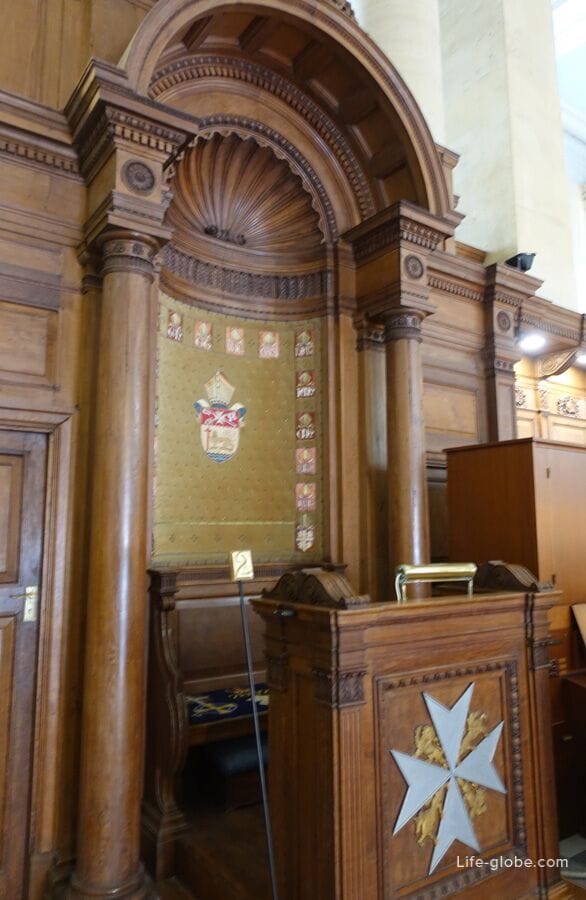 Armchairs of the choir. 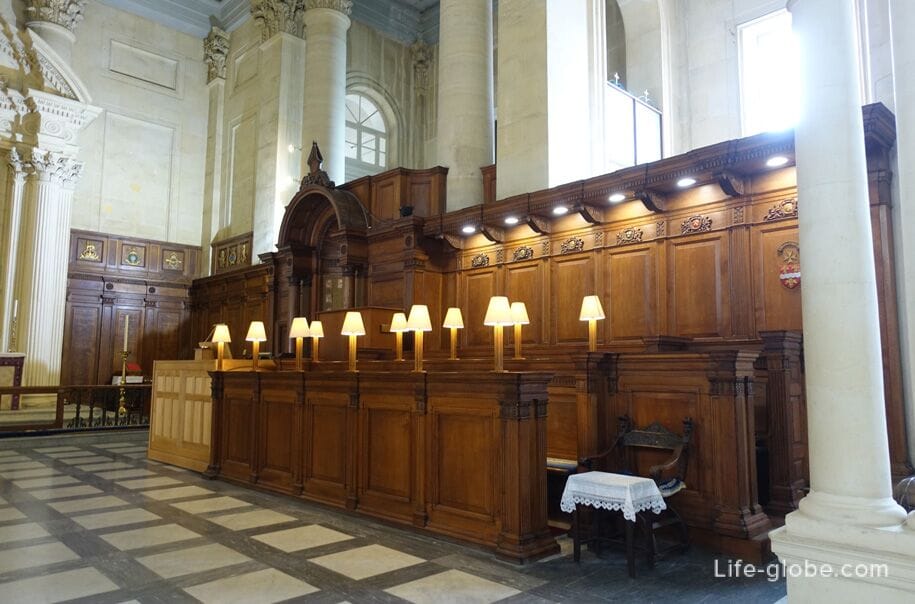 An organ originally created for Chester Cathedral in England in 1678. Not so long ago, the organ was restored. 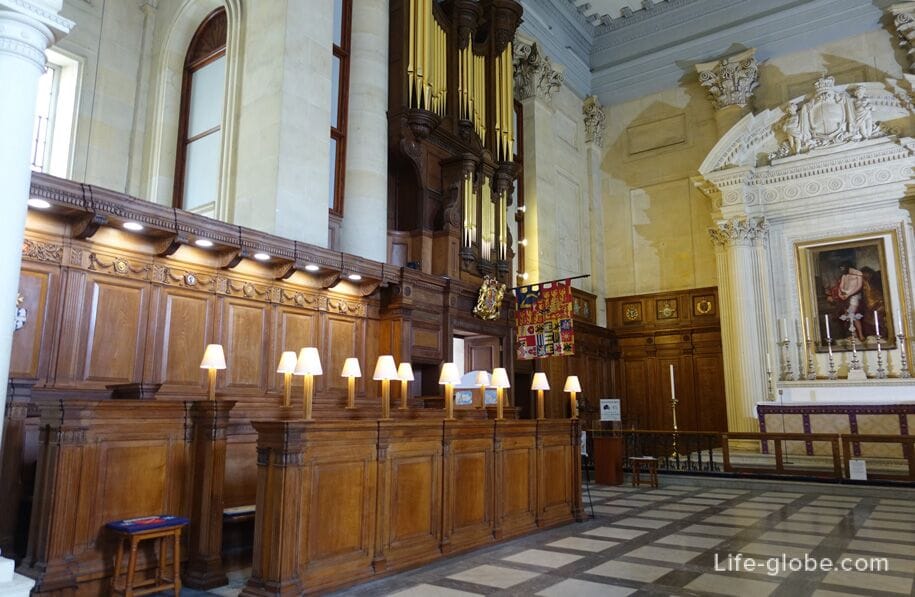 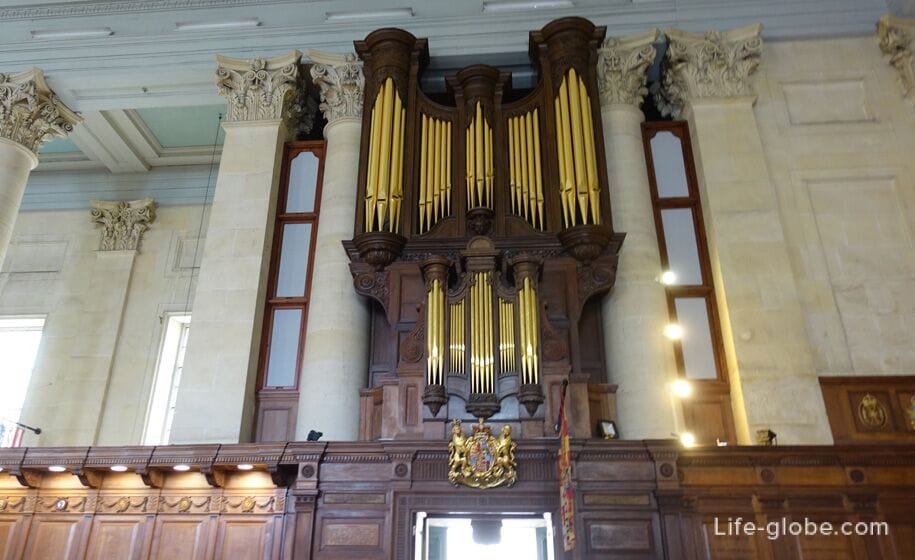 War memorial panel and the book of the merchant Navy. 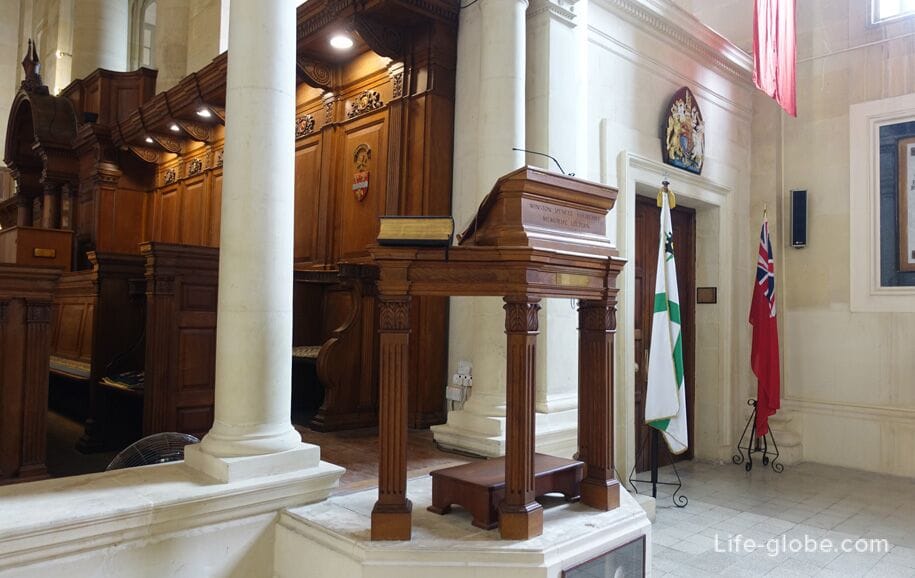 The chapel of the Holy Virgin, which is used for small services and the sacraments of Confirmation. There is also a small tablet dated 1571, which is a relic of the palace of German knights, on the site of which the Cathedral of St. Paul was erected. 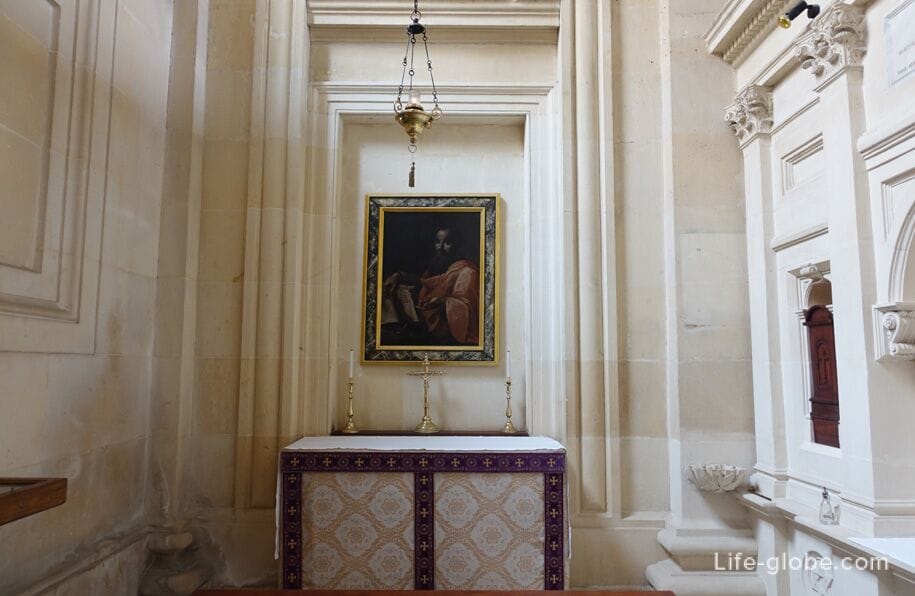 At the back of the nave of the Cathedral there is a baptistery with a graceful canopied font, and behind the font there are silk-covered panels that were used during the coronation of King George VI.

Before the war, the throne was on this side of the cathedral and the panels were covered with holy prayers, accompanied by symbols and commandments. Sometimes exhibitions are held in this part of the cathedral.

Also behind the font there are information stands containing information about the history of the Cathedral. 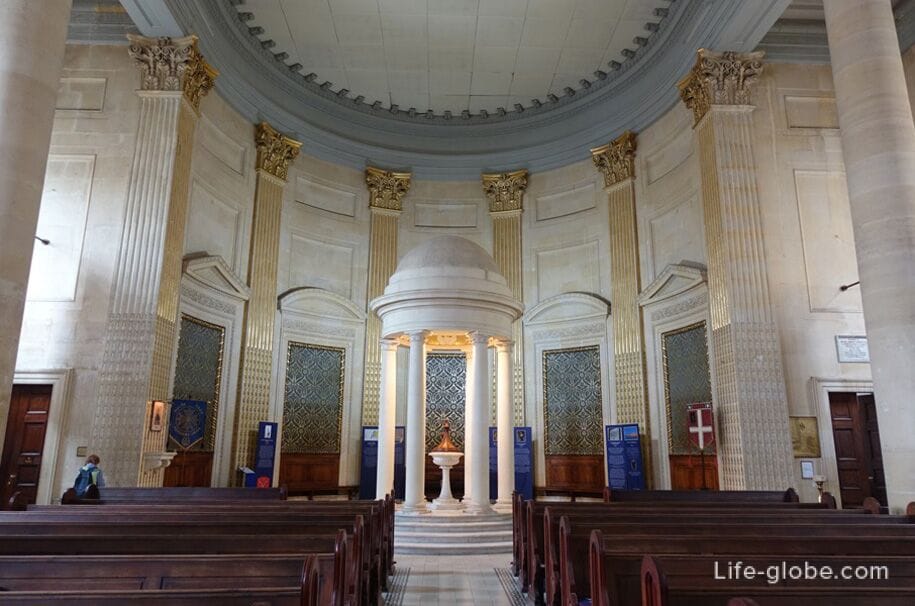 In addition to the above, the cathedral contains:

- a 19th century relics display, including a trowel and a hammer, with which Queen Adelaide laid the foundation stone in 1839;

- memorial panels installed in memory of those who played an important role in the history of Malta;

- pillows on benches embroidered by parishioners. 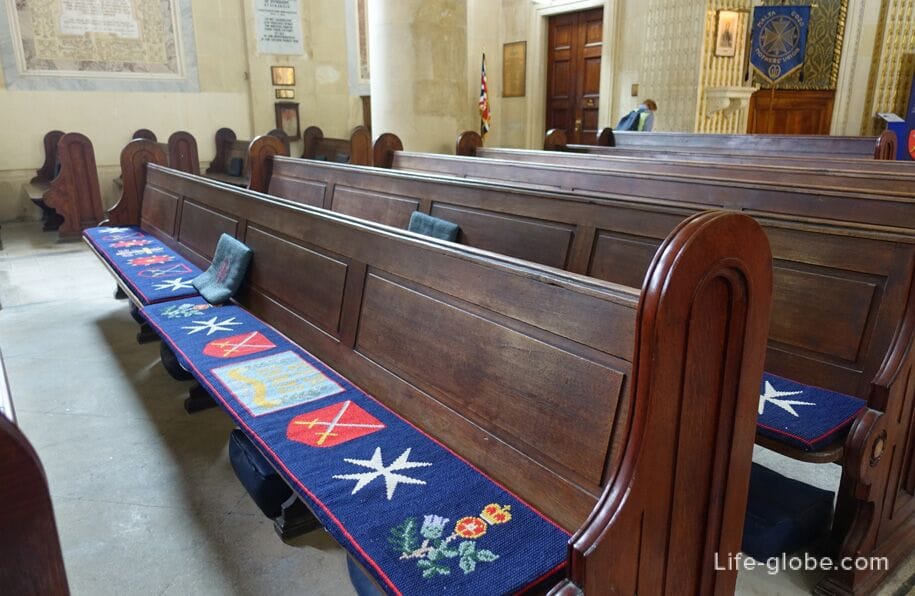 In the centre of Independence square stands the monument of Michael Xerri. This Maltese patriot, along with many other members, was shot by the French on St. George's square 17 Jan 1799, after the Maltese rebelled against the French and blockaded them in Valletta and Cottonera.

The monument was opened in 1986 and is the work of Maltese sculptor Anton Agius. 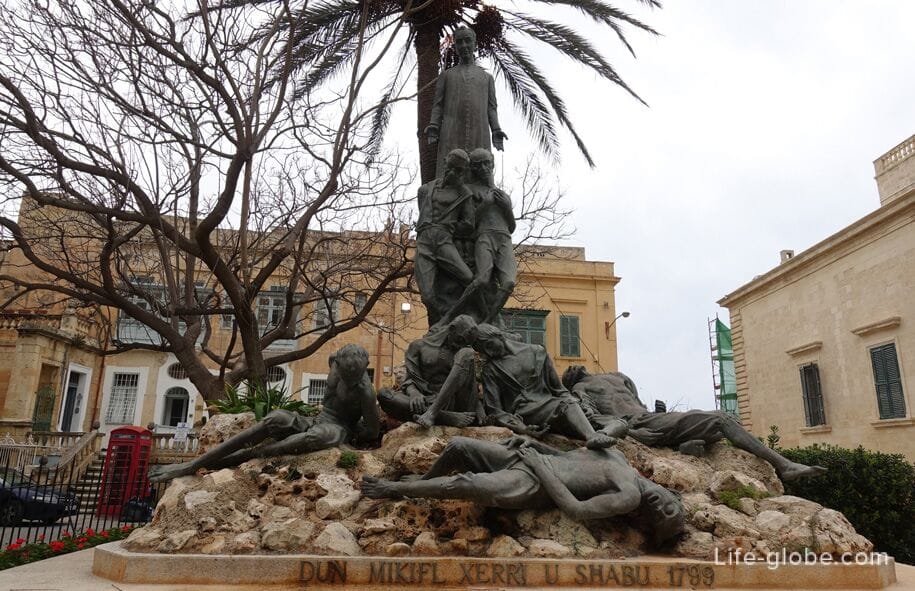 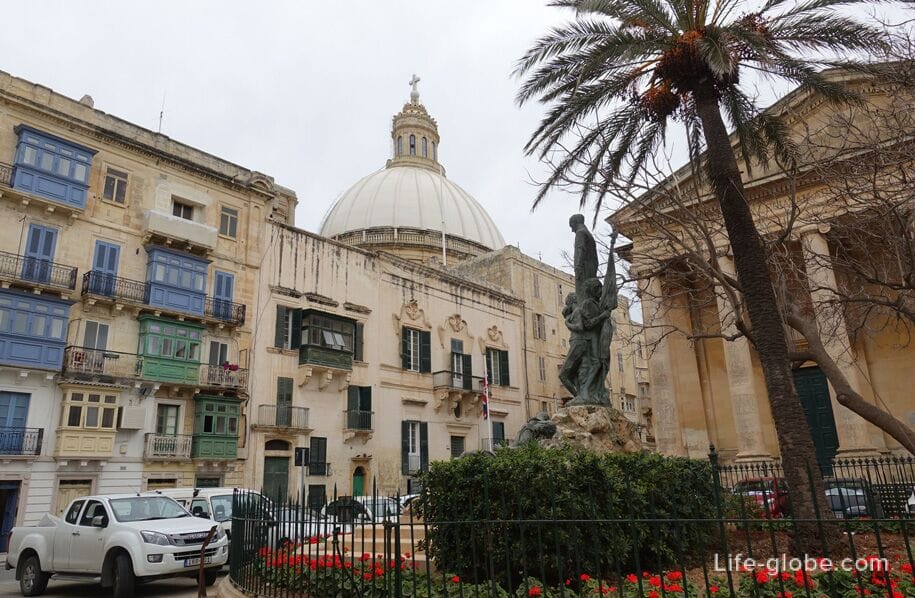 Opposite St Paul's Cathedral, on Independence square, is the building of the Ministry for European Affairs and equality, the Parliamentary Secretariat for European funds and social dialogue. 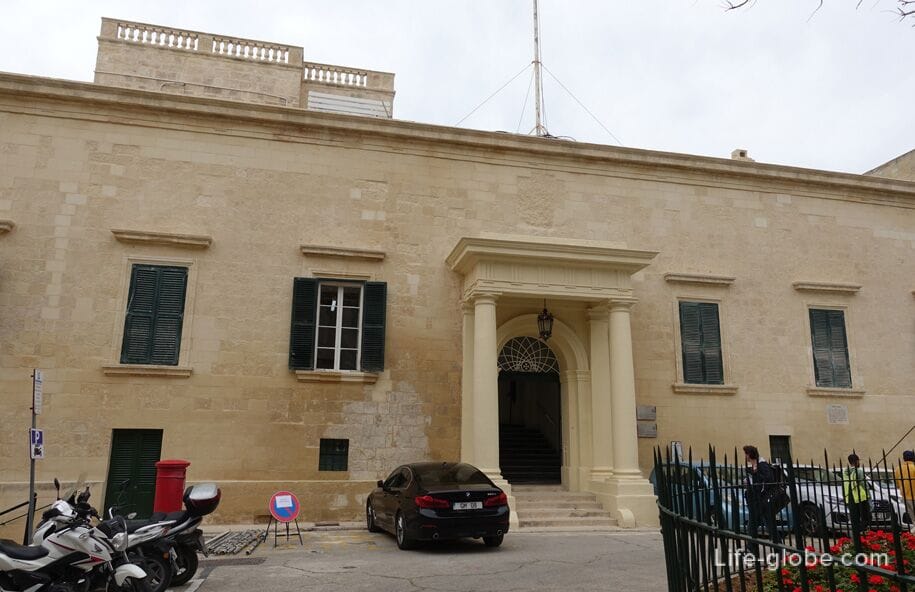 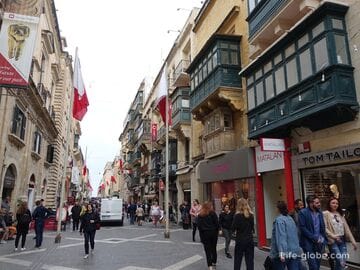 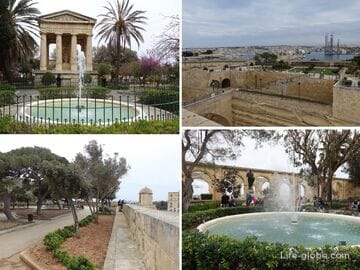 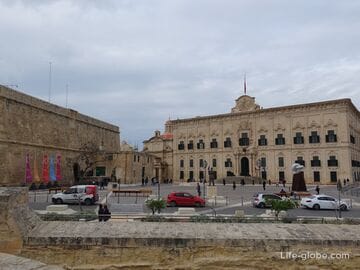