Mikhailovsky Garden is a well-maintained and one of the most famous gardens (along with Summer Garden and the Field of Mars) in the central part of St. Petersburg.

Mikhailovsky Garden is one of the rarest monuments of landscape architecture of the 18th-first third of the 19th centuries and is a public "park" with a unique combination of two different styles of landscape art: regular ("French") and landscape ("English").

Initially, on the territory of the Mikhailovsky Garden, as well as the nearby Summer and Engineering Gardens, there were rural settlements, an estate and hunting grounds of the Swedes.

The history of the site as a garden dates back to the 1720s, when the territory on the banks of the Moika River was donated by Peter I to his wife Catherine I.

For the queen, a palace was built ("Golden Mansions"), where, according to the project of the French architect Jean-Baptiste Leblon, a garden was laid out in a regular style - the so-called Third Summer or "Swedish" Garden. The garden was filled with fruit-bearing trees and exotic plants, as well as greenhouses, greenhouses, and vegetable gardens for growing vegetables and herbs.

Subsequently, the garden was repeatedly improved, rebuilt and changed its borders. Ponds appeared in the garden.

In 1922, the garden was taken over by the city's gardening department and opened for free access.

In 1998, the Mikhailovsky Garden was transferred to the Russian Museum, and it was decided to restore the lost elements of the layout and restore the garden buildings.

The current territory of the Mikhailovsky Garden, in connection with the construction of nearby buildings, including the Church of the Resurrection of Christ (Spas on Blood), less than the original and is 9.3 ha.

The park has paths and alleys for walking, flower beds, places for recreation, a playground, a pond with a bridge and historical buildings. 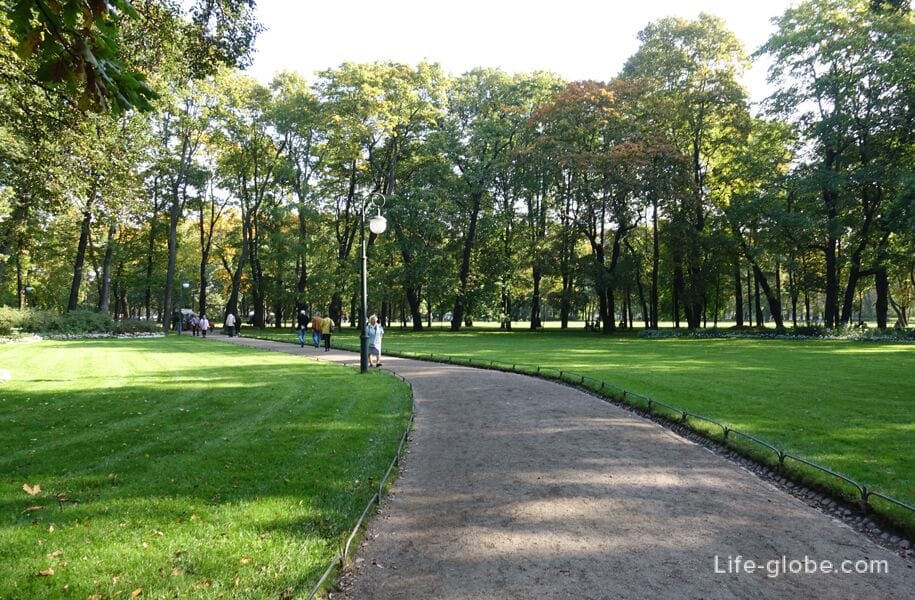 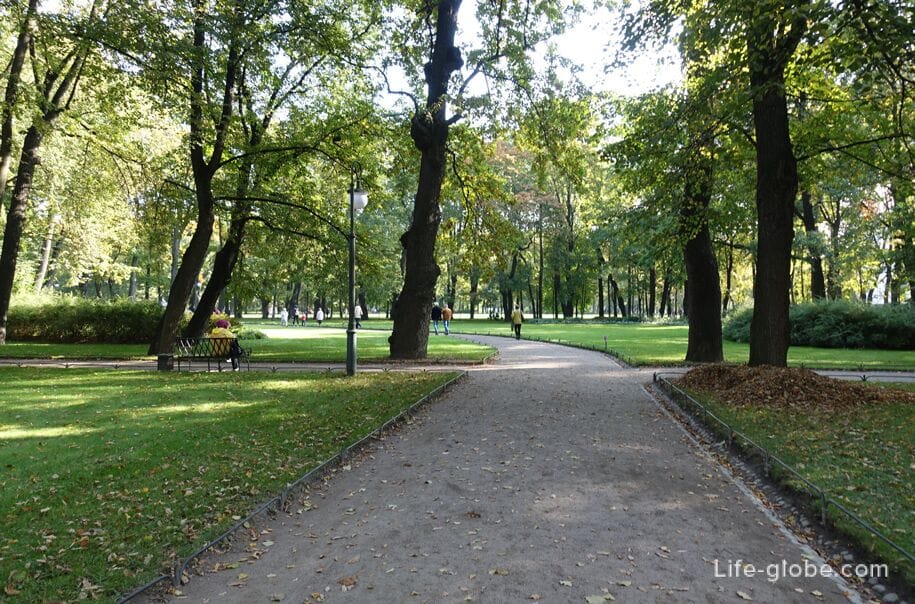 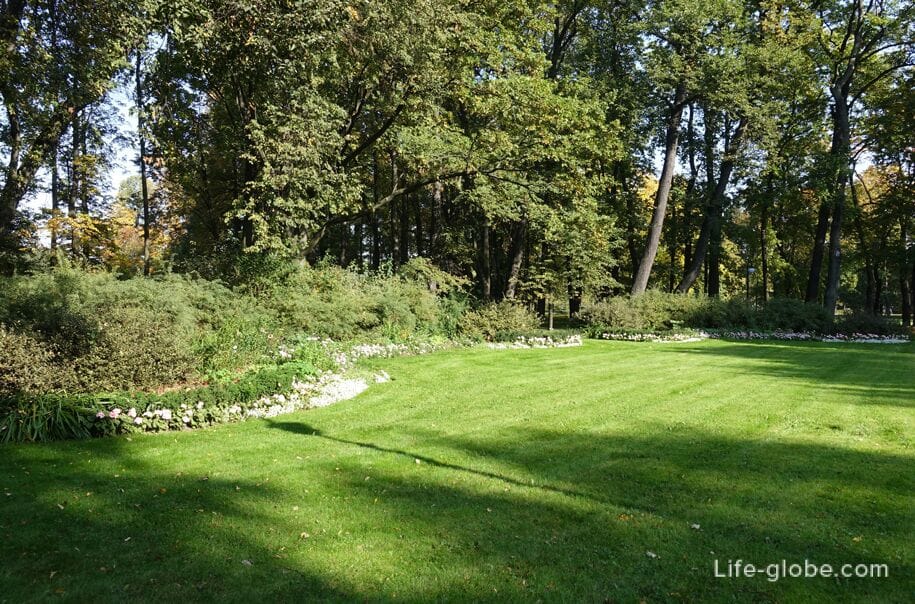 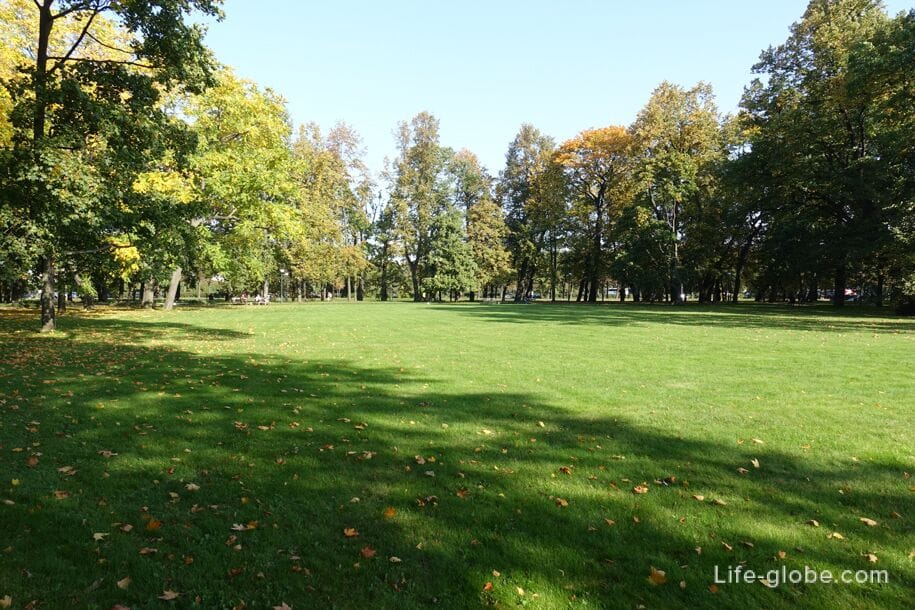 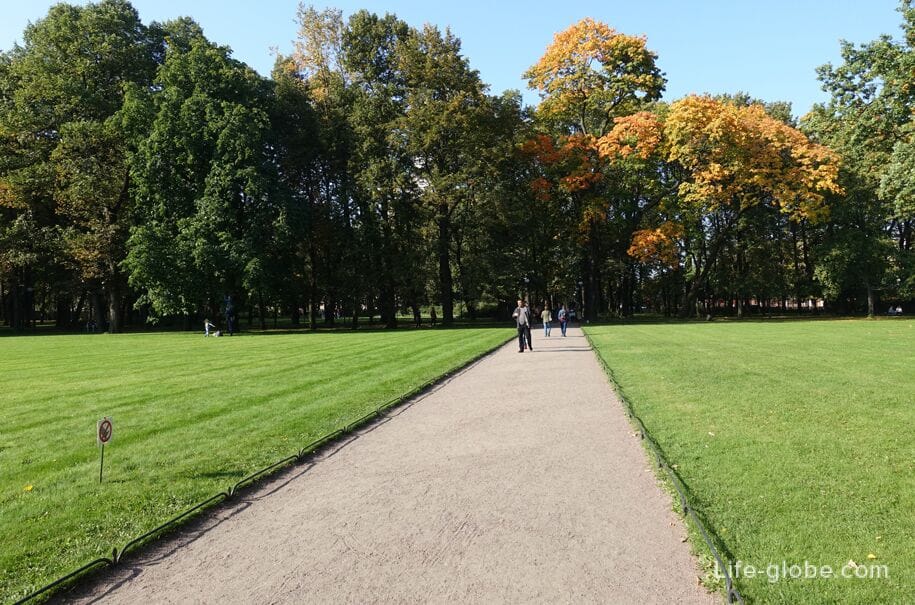 Attractions of the Mikhailovsky Garden

The plot at the intersection of alleys at the entrance to the Mikhailovsky Garden is named after the famous architect of Italian origin - Karl Ivanovich Rossi.

In 1824-1826, during the planning of the Mikhailovsky Garden, Karl Rossi restored the planting of trees in a circle, based on the fact that in the 18th century there was a platform on this site - the main entrance to the third Summer Garden.

During the reconstruction of the Mikhailovsky Garden (2001-2003), the "Circle of Rossi" was recreated - young trees of small-leaved linden (Tilia cordata) were planted along the perimeter of the circular area.

In 1819, a new stage in the formation of the gardens began. On the site of the old greenhouses, Karl Rossi, commissioned by Alexander I, built the Grand-ducal Mikhailovsky Palace for Grand Duke Mikhail Pavlovich.

In 1895, the grandsons of Mikhail Pavlovich sold the palace to the treasury. On April 13 (25 in the new style), 1895, the Russian Museum of Emperor Alexander III was established in the walls of the former palace by the Personal Decree of the Emperor Nicholas II.

Russian Russian Museum - the world's largest museum of Russian art, the collections of which are located in several historical buildings, together representing a unique architectural and artistic complex in the historical center of St. Petersburg, is located within the walls of the building. Learn more about the Russian Museum...

Address of the palace-museum: 4, Engineering Street.

In front of the facade of the palace in the Mikhailovsky Garden there is a vast meadow ("Oil Meadow"), which has an irregular oval shape and is framed by an alley. Learn more about the Mikhailovsky Palace... 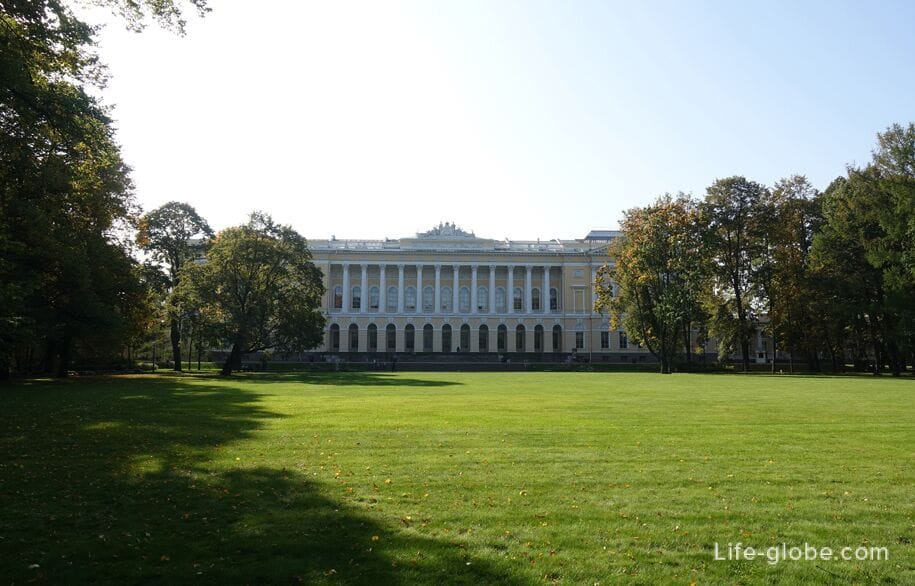 On the outskirts of the Mikhailovsky Garden, near the bank of the Moika River, there is the Rossi Pavilion with a granite pier.

The pavilion is a small garden building, which differs from the gazebo by the closed walls of the structure, which allows you to feel more comfortable during bad weather. The pavilion has windows for admiring the beauty of the river and the surrounding garden.

The Rossi Pavilion in the garden was built in the aesthetics of classicism by the architect K. I. Rossi in 1823-1825 and served as a place of rest during walks and shelter from the weather.

The pavilion has a three-part structure. Two square symmetrical covered parts are connected by an open hall with a semi-rotunda facing the garden. The ceiling and walls of the pavilion are decorated with paintings and stucco decoration.

The granite pier leading from the pavilion to the Moika River is decorated with openwork cast-iron grilles. 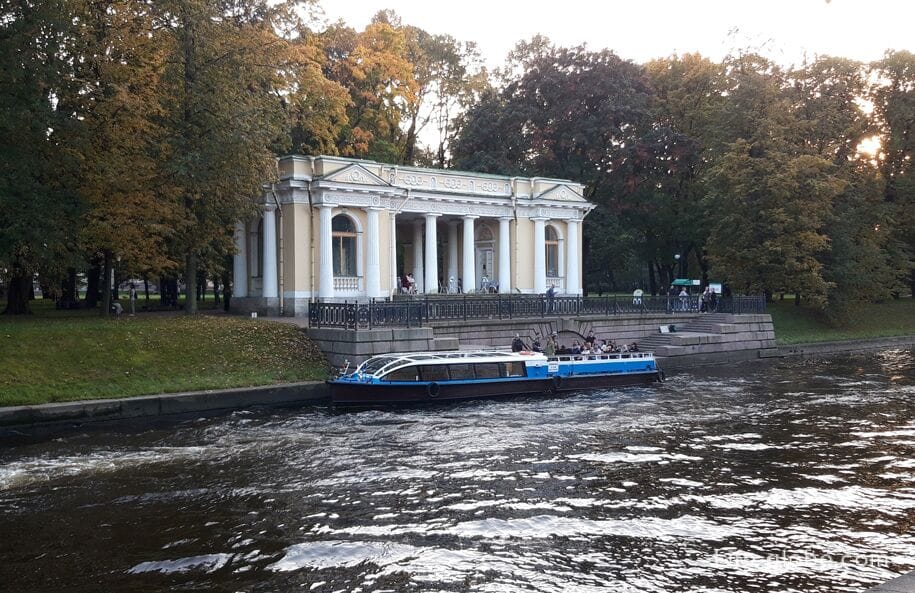 During the construction of the Mikhailovsky Garden, Rossi partially preserved the planting of the former regular garden, as well as two ponds that were the legacy of the project of F. B. Rastrelli (early 1740s).

The ponds were given new "landscape" forms. And an openwork cast-iron bridge was built across the bayou. The bridge's load-bearing cast-iron lattice trusses, made by casting, are located on brick abutments lined with limestone blocks. The parapet fence of the bridge is also made of cast iron and is replete with decorative elements.

Today, the cast-iron bridge in the Mikhailovsky Garden is the only structure in St. Petersburg with authentic cast-iron arched structures. 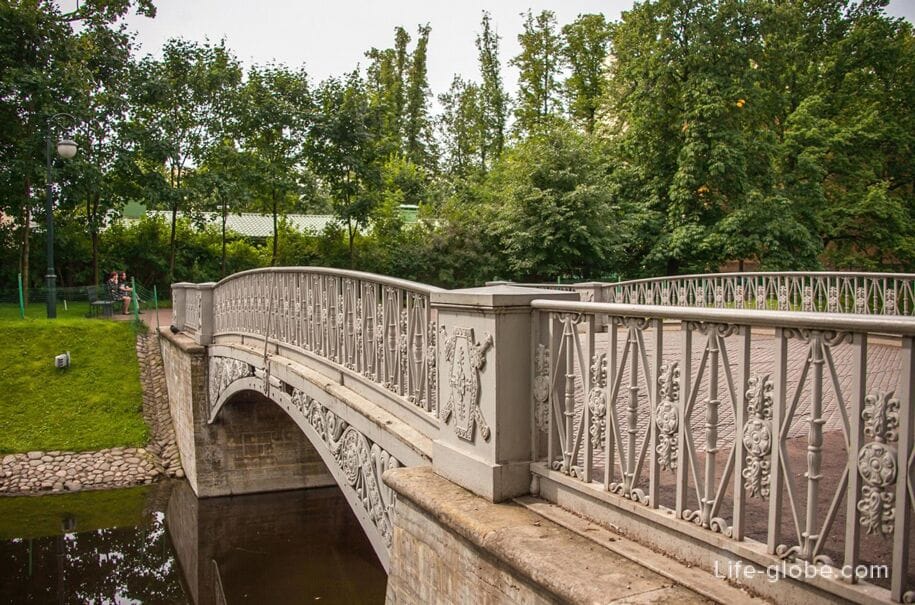 In the center of the Mikhailovsky Garden there is a tree - a monument of wildlife of All - Russian significance-a petioled oak. 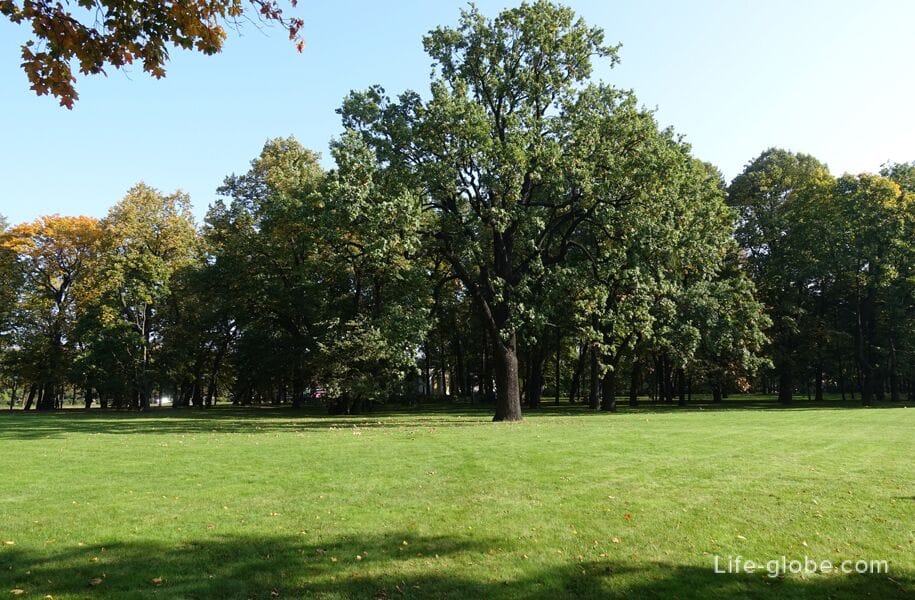 In the garden there is a small part of the preserved trellis plantings of the regular "Swedish" garden of the mid-18th century.

Trellis planting is part of the garden and park art and consists of trees densely planted in a green area along the alley. 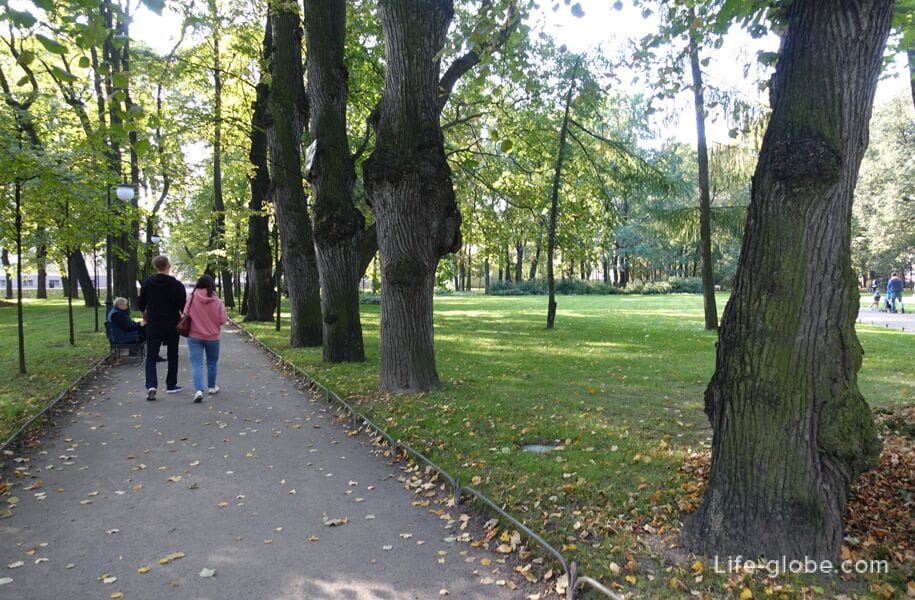 At the eastern and western borders of the park there are fences: the fence of K. and Rossi near Sadovaya Street and the fence of A. A. Parland near the Savior on Spilled Blood.

Photo of the fence by A. A. Parland 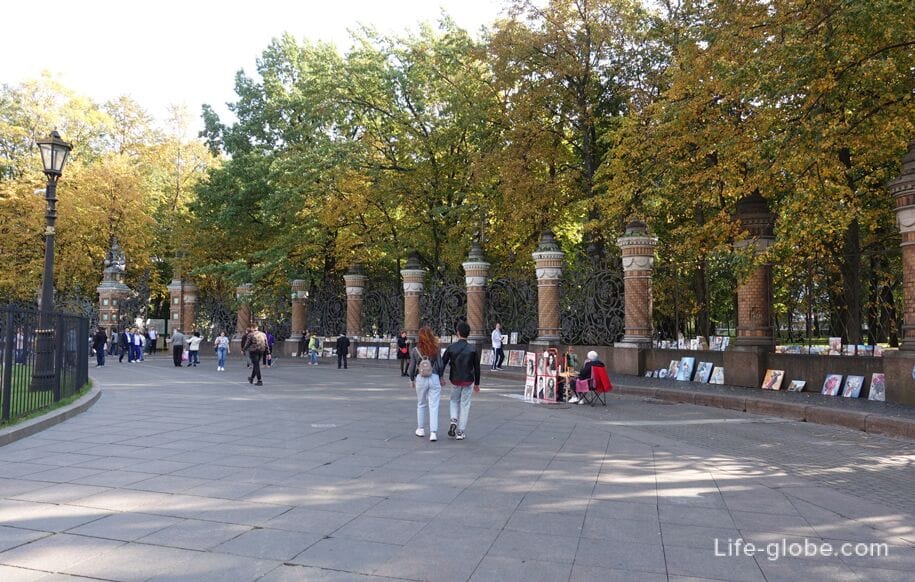 Mikhailovsky Garden is located in the heart of St. Petersburg, between the Moika River, Griboyedov Canal, Engineering and Sadovaya Streets.

Entrance to the garden is free (free of charge).

You can enter the garden through two entrances: near the Savior on Spilled Blood or from Sadovaya Street.

Across Sadovaya Street, from Mikhailovsky Garden, there isMikhailovsky Castle, also part of the Russian Museum.

We recommend that you check the opening hours of the Mikhailovsky Garden directly before visiting the official website.

Map-scheme of the Mikhailovsky garden 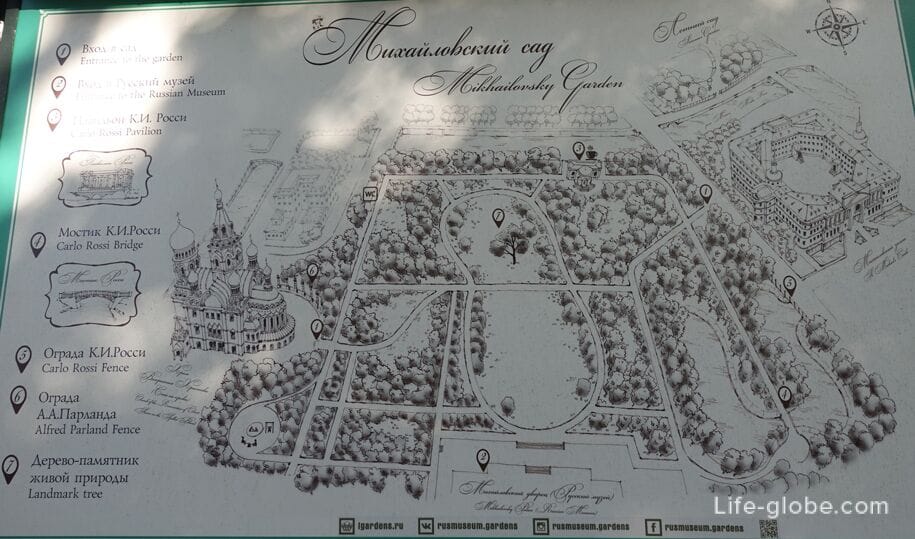 You can also visit the Mikhailovsky Garden with a guided tour

All accommodation facilities in Saint Petersburg, including in the city center and near the Mikhailovsky Garden, can be viewed and booked here 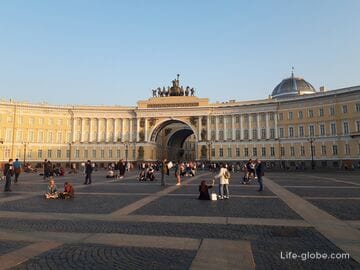 Arch of the General Staff Building and t... 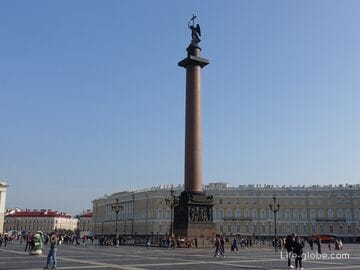 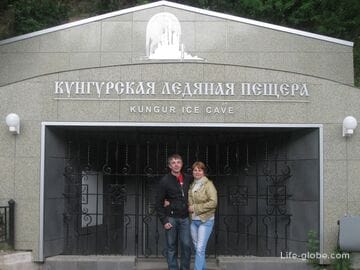