St. Martin's Church or the Church of San Martino (Divo Martino / Chiesa di San Martino) - the Catholic Church located in the heart of the tiny Portofino, in its oldest part.

The Church is one of the symbols of the city and its decoration.

St. Martin's Church is the largest Church of Portofino, and the main temple of the city.

High and austere bell tower of the Church can be well seen from the main square of Portofino Martiri Dell Olivetta. Read more about the square and the harbour of Portofino...

The parish Church dedicated to Saint Martin of Tours most likely dates back to the period between the 10th and 12th centuries. Was built in the Roman-Lombard style, replacing the earlier and primitive chapel, located on the pier.

However, some sources indicate that it was founded before the 11th century. One of the original documents with reference to the ancient Church of San Martino dates back to 1130, where Pope innocent II's decision to transfer ownership of the Church to the monks of the nearby Abbey of San Fruttuoso di Camogli is reported; the same privileges were confirmed by Pope Alexander III in 1164.

The consecration of the Church took place on June 10, 1548, on the occasion of the chest found under the main altar with relics of the Holy martyrs Dorothea, Cassiano and Vincenzo.

During its history the Church has repeatedly undergone changes and alterations. Major changes were made during the nineteenth century.

Now in the appearance of the Church is still visible features of the Romanesque style. The main facade is decorated with simple decorative elements and the window is a medallion that is located above the main entrance.

On the right side of the building there is a square strict bell tower, decorated with large arched windows and smaller in size than the main part of the bell tower, domed roof, under which the clock is located. 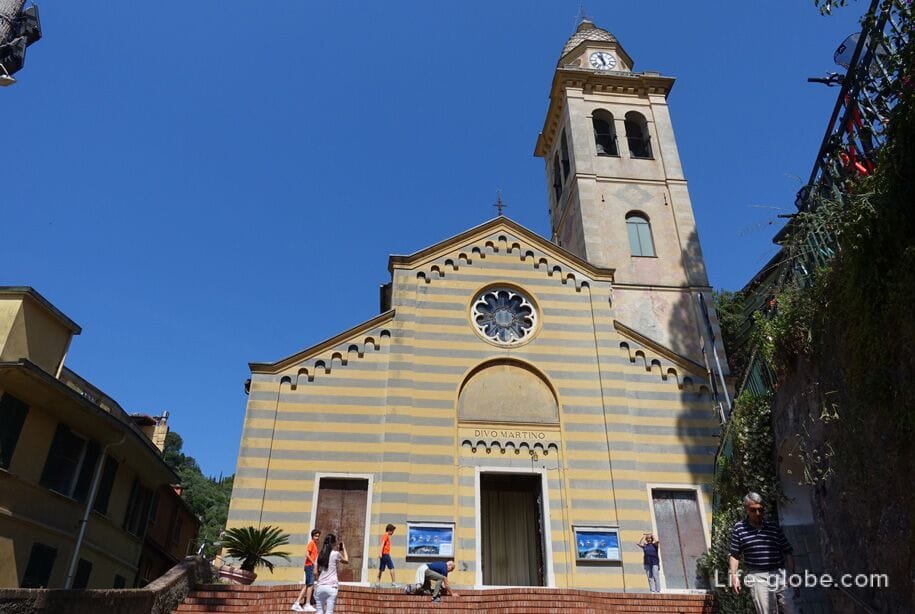 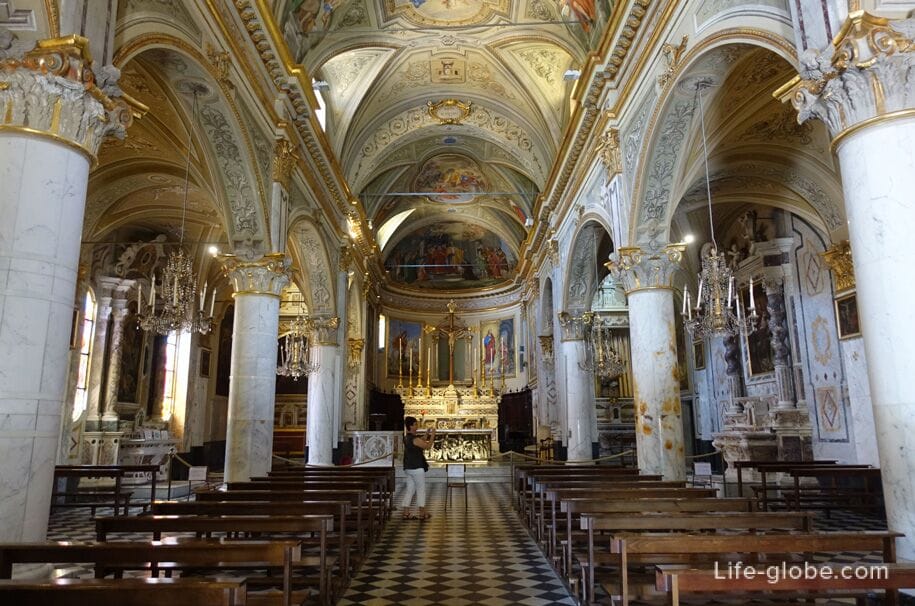 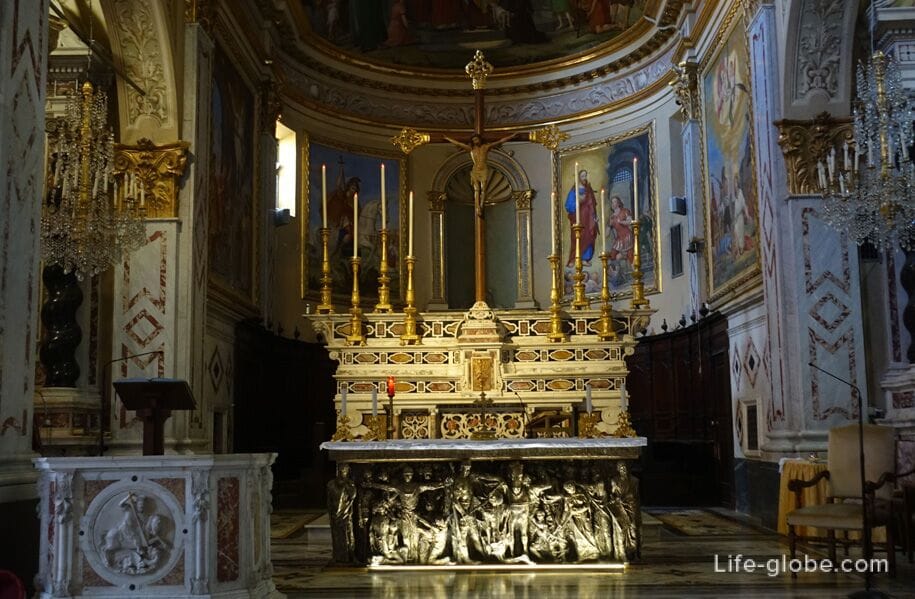 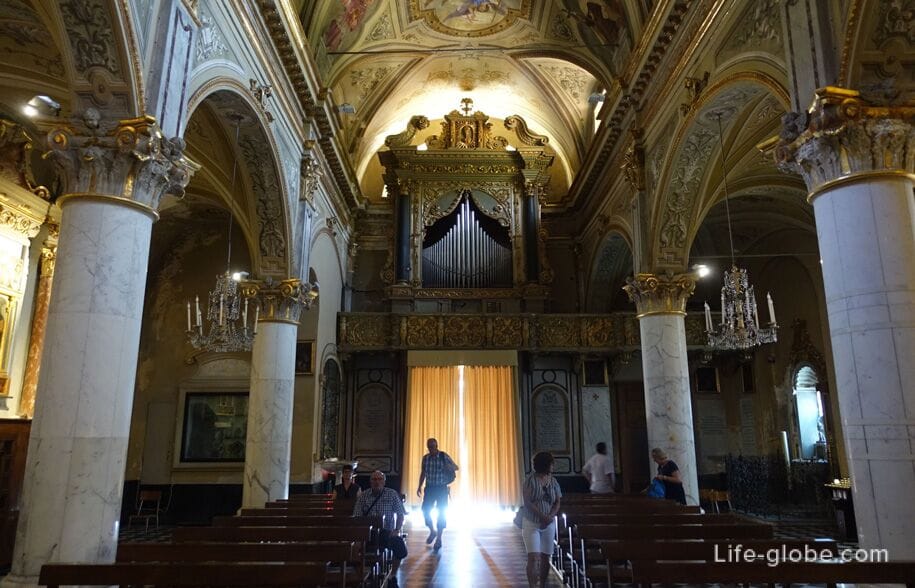 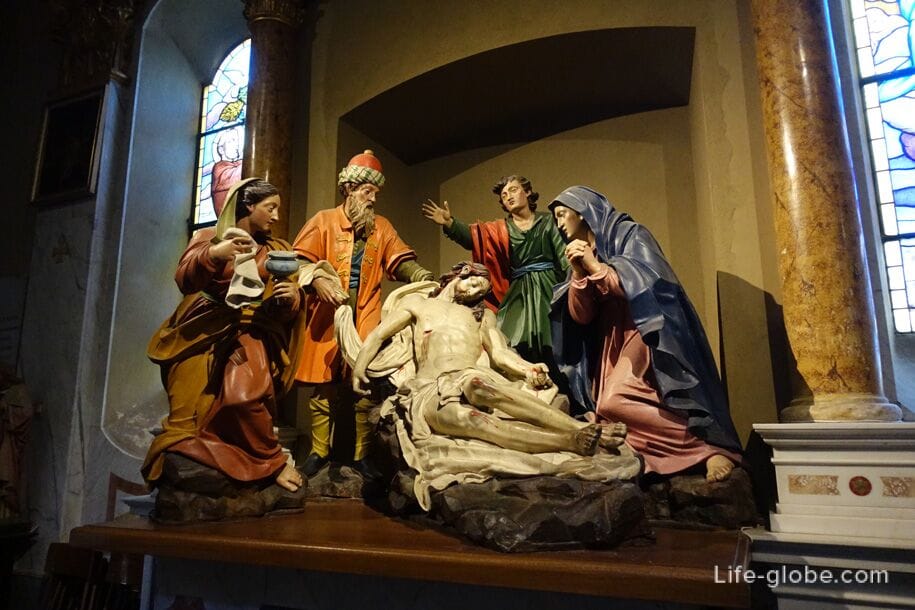 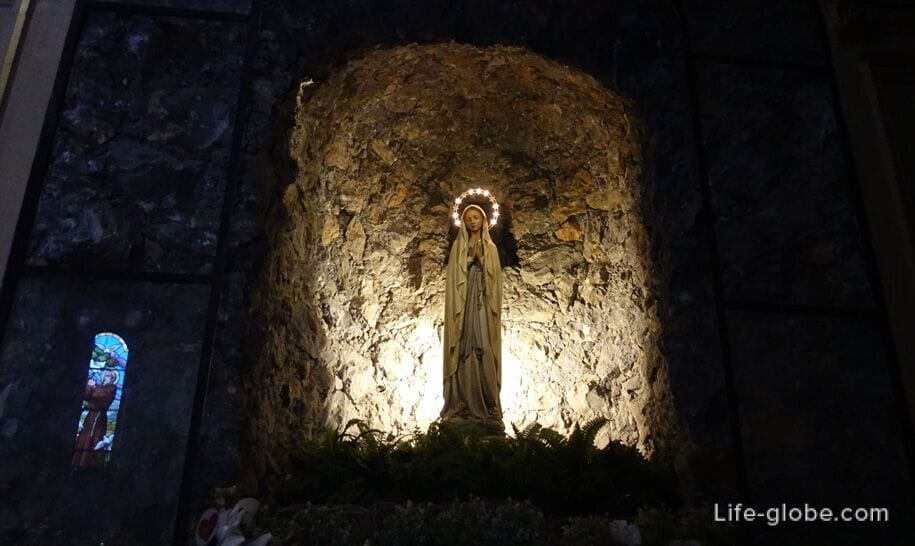