Walking around the city of Alicante, we went to a small shop on one of the streets of the historic center, near the Central promenade and the famous pedestrian Boulevard of the Esplanade, with a pattern of sea waves.

By the way, this street is a wonderful school true Spanish style - tapas-bar D Tabas.

In the store met a Russian young man, about twenty-five. Got to talking, the guy was very friendly and quite talkative. It turns out that he came from Ukraine a year and a half ago, and stayed to live in Spain.

He, like all local to him, told us about where to buy and how to choose tasty and quality Spanish wine. Sam sat down on Spanish wine and only drinks them. Later, we are given information about the fault checked personally selecting wine according to his recommendations, the advice proved true.

He moved to Sunny Spain eighteen months ago, from Ukraine, because, probably, where many go to seek happiness in a warm country because of the climate, sea, sun, fruits and quality of life.

Moved absolutely no regrets and to go back not even thinking.

Currently rents an apartment for 350 EUR (euros) a month to rent a room for 100 euros per month.

Buying a home in Spain

He says that over 35 thousand Euro in Alicante you can buy a small apartment, but this is the outskirts of the city in the Gypsy quarter. So that the apartments there don't use millet and buy them nobody wants.

For 50 euros you can buy an apartment in the historic part of the city and to the beach is 15-20 minutes on foot. But accordingly, it is an old house, although the architectural and historical value. In this apartment you will have to do all major and minor repairs.

From 150 thousand euros you can buy a luxury three or four bedroom apartment in a prestigious area of the city. You will have a fenced and guarded territory of a few houses with Parking spaces. On the territory there are located the gym, swimming pool, playgrounds, possible tennis court. Utilities for such housing will amount to about 100 euros per month. At this price, in addition to communal, includes use of all amenities, security, landscaping and cleaning.

The prices of food and everyday needs in Spain

In daily life, if you buy food in supermarkets and on the market he spent about 150 euros per month.

Spanish is easy, learns quickly. Especially if every day to hear it and to live side by side with a Spanish-speaking population.

You just need every day to replenish your vocabulary. Every day write out and learn 10-20 words. For a week it turns out 140 words per month - more than four hundred. For the first time to understand the locals and start to communicate is enough.

There are no problems with the work. Spaniards are lazy by themselves, and do not like to work, so it seems that it is difficult to find a job in the country. But this is not so, there would be a desire, and you can get a job somewhere in a couple of days.

After running around looking for a job for three days, he found five decent offers. They are hired both without official employment, and with it, there are no problems with this, everything is at your choice.

You can get a job as a waiter in a restaurant or a salesman in a store, but you need to know English and Spanish, knowledge of Russian will be a plus, since there are many Russian-speaking vacationers in the city. The salary will be from a thousand euros per month.

Buying a car in Spain

Earning a thousand euros a month, and while spending 350 for rental and 150 for food and rubble needed every month to remain a minimum of 500 euros. Putting aside that amount for four months to buy a used car - car two-thousand years of release. But will not move on public transport and for private cars and will have the opportunity to travel to nearby cities.

The Russian-speaking population in Alicante, Spain

Russian speakers (Russians, Ukrainians, Belarusians, etc.) living permanently in the country very much. Communicate with each other willingly. For a year and a half of life he learned, more than eighty people.

However, with them just to communicate as to deceive and profit from you will want every second. For help and advice best to go to the Spaniards.

Only arriving in the country, and negotiated with the Russians, he lost a hundred euros when renting the room. It's a shame, but extra costs are always present, it is also necessary to count.

Registration of residence permit in Spain

He has, for half a year, documents for a temporary residence permit is ready and in order.

However, only the General description, become migrants. They just buried their passports and remember where. At the meeting with the police unaware of where they came from, but if and admit that Russia still does not pay for sending their citizens to their homeland, and Spain is not necessary. You questioned, fingerprinted, fingertips and the next day will go back home. It was not until September 2015.

But to get caught by the police, you should try. Just peacefully living citizens, they do not touch.

The Arabs in Spain

Many of us, listening and watching TV, I'm afraid a large number of Arabs in the European countries. We also, in turn, asked him about the Arabs.

Yes, Arabs in the country is really a lot, but if they do not climb, they are very peaceful and not bothering anyone. To get into trouble on the streets of Russia or Ukraine much easier than the Arabs cause you any harm in Spain. They like us, not want to get in trouble with the law.

Crime on the streets of Spain

Crime on the streets is, but it is much smaller than in our countries.

The worst thing that can happen to you, steal your phone or wallet and if they themselves are drunk you will climb to suspicious strangers, well, or bad to follow up on things, then just something staschat.

His friend, as they drink, so it pulls directly to the Gypsies and get them talking, drinking and hugging. Of course, coming home without a phone. Thus, for six months, he stole more than six phones. Every morning Badun swears he never will, but there comes a day of celebration and history repeats itself again.

P. S. All of the above information, it is just a view of life in Spain one young man, his experience, knowledge and vision of life. Anyone have a negative opinion to the person of the young man from the Ukraine, all obscene-hamovatye remarks keep to yourself, comments like that are not subject to publication. 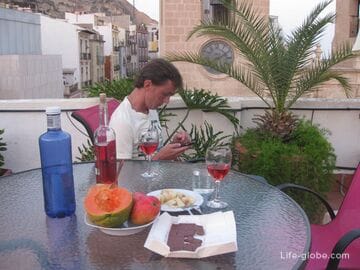 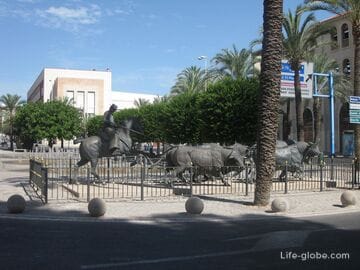 Corrida, or bullfight in Alicante... 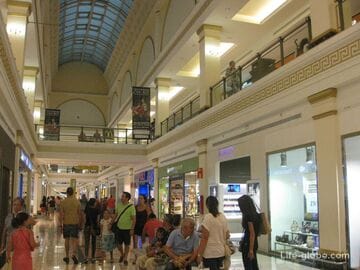 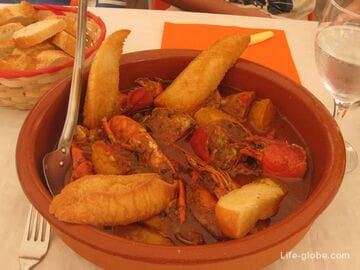 Dishes that are definitely worth a try, ... 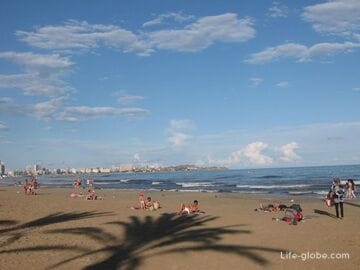 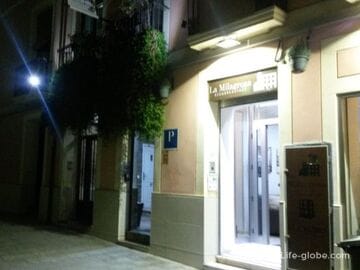 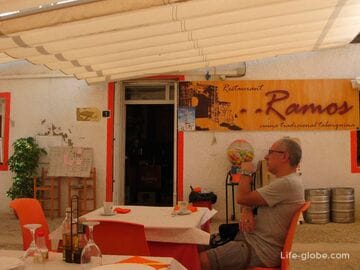 Where and what to eat on the Spanish isl... 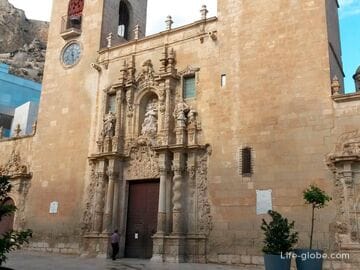