In the heart of Riga's old town there are two interesting historical and architectural sights - Yakovlevsky barracks and medieval city wall and Ramer tower.

Walking around Vecriga (old town) go past these bright buildings is simply impossible.

Yakovlevsky barracks or the barracks Jacob (Ekaba kazarmas) is a complex of low buildings stretched along the street Torna (Torņa iela). 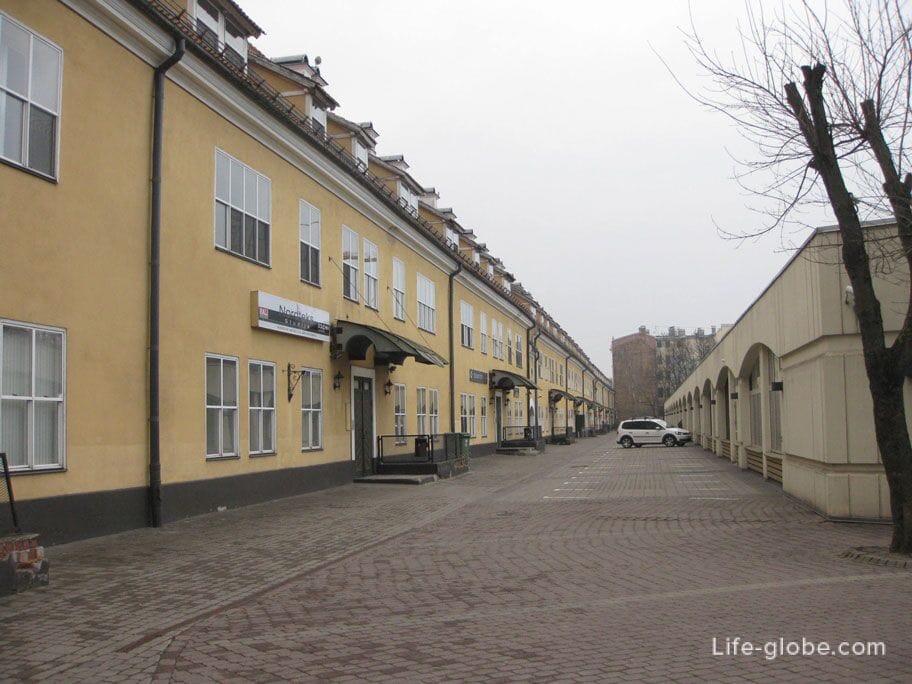 The Jacob's barracks was built in the late 17th century for the Swedish soldiers who defended the city from invading enemies from the North-East direction. These barracks had previously almost adjoined the city defensive system. Between the barracks and the city's defensive wall ran a narrow passage, which is currently the street Torna, or, as it is called, Tower.

Initially the barracks were made of wood. After the capture of Riga by the troops of Boris Sheremetev, Russian Tsar Peter the First decided to demolish the old Swedish barracks and rebuild a new one. So, in the second half of the 18th century, after careful restoration, the world saw a new barracks. It was then they acquired their characteristic yellow color and became important elements in the modern version of old Riga.

During its rich history the barracks had to serve as the residence of the Bureau of statistics, labour exchange and even educational facilities at the flight school. After 1991 the barracks were transferred to the city, they completely restored and inaugurated in April 1997.

Currently Yakovlevsky barracks are no longer used for its intended purpose, there are souvenir shops, stores, offices, cafés, pubs and restaurants, as well as companies and representative offices of the cities of Latvia.

Due to the design features of the barracks, many restaurants and shops are located in the basement. One restaurant, on the street, has an interesting menu in the form of a ship's rudder. The best panoramic view of the Jekaba barracks is from the top Bastion Hill, which is across the street from the barracks. 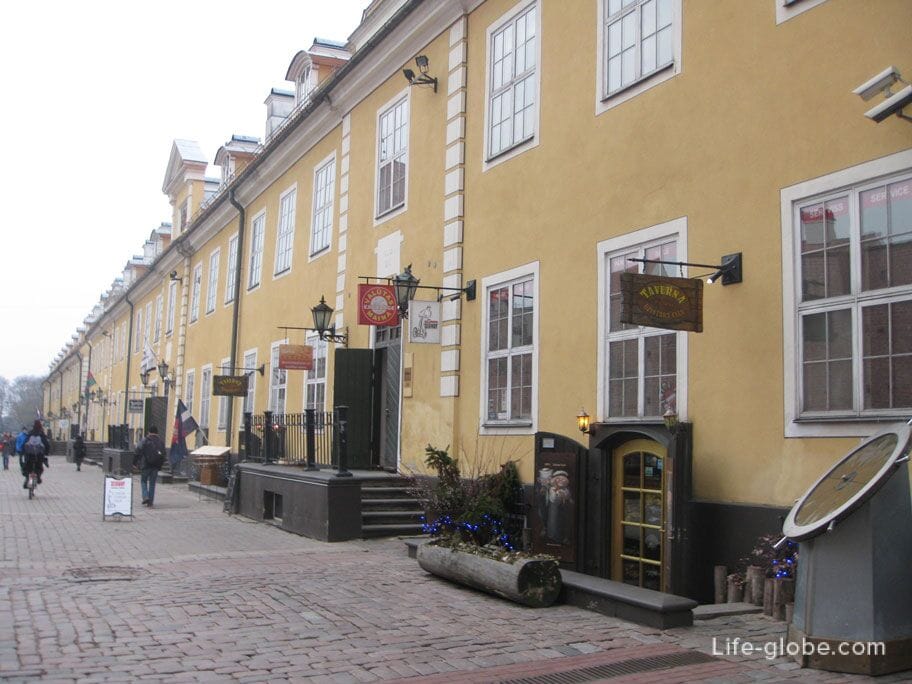 At the end of the building Yakovlevsky barracks are depicted the coats of arms of almost all Latvian cities. We were very interested in why the arms decided to post it on this building? It turned out, did so for a reason. The fact that in some areas of the barracks are located diplomatic missions of the Latvian cities. That is why in 2002, on the lateral facade of the Jacob's barracks was caused by the image of those coats of arms of the Latvian cities that have their offices in the institution. Looks like this part of the wall is pretty impressive. 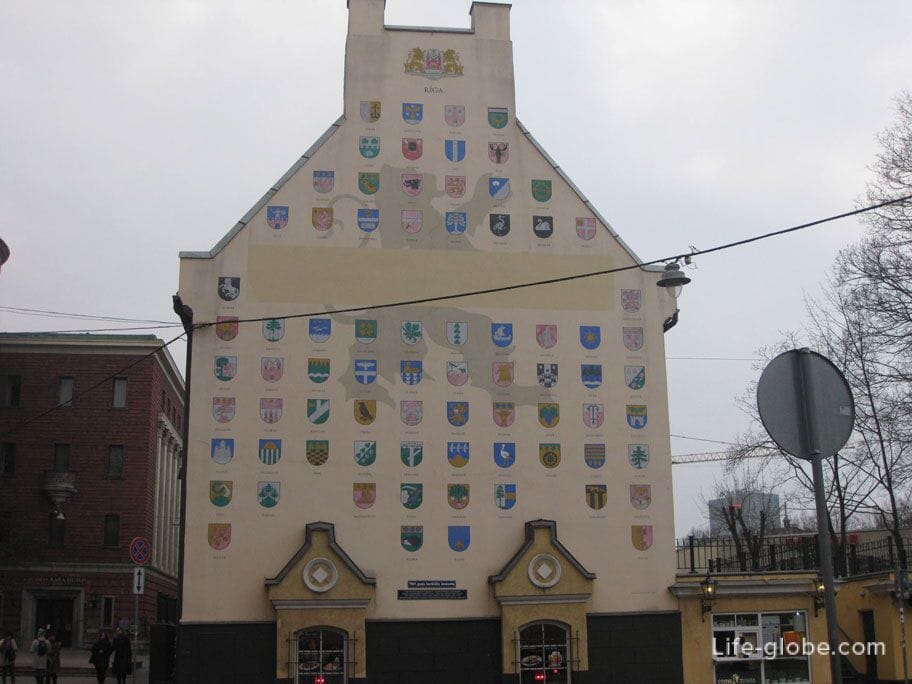 On the opposite side of Jacob's barracks, just across the street Torna is part of a defensive wall, a fragment of the former fortification of Riga. All in all Riga's old town from the former city wall to have survived only a few fragments, one of the clearest examples of which is this part. 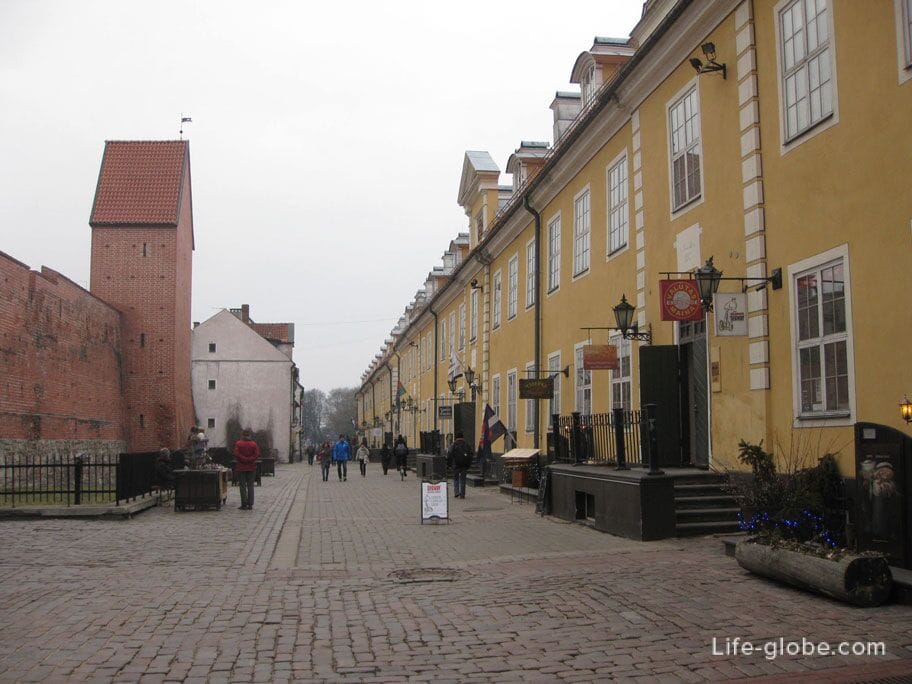 Near the fortress walls a showpiece of old guns 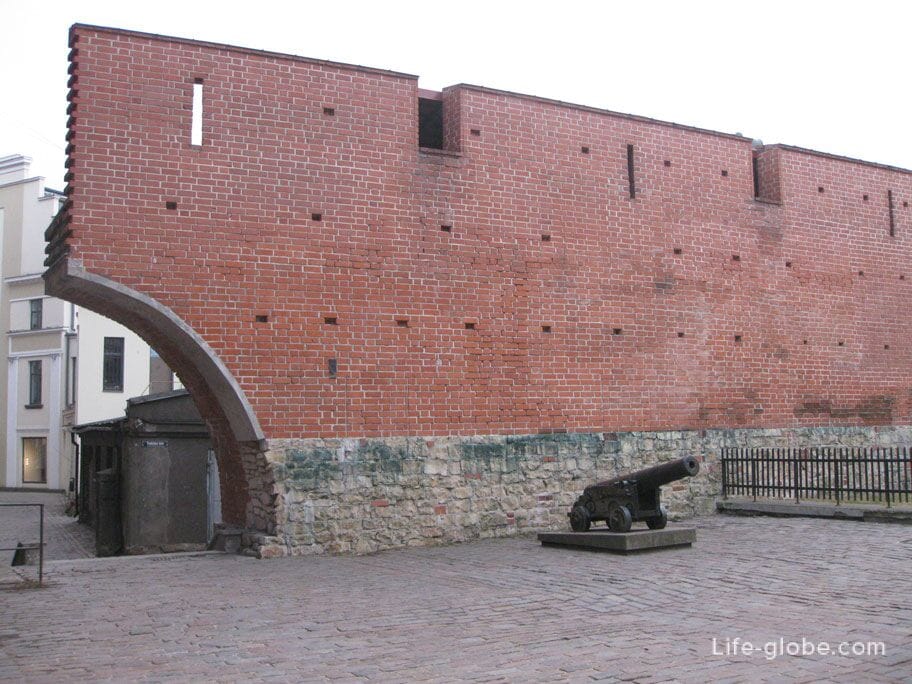 In the centre of the town walls are a defensive rectangular tower Ramer. This tower and the wall was previously used as defensive fortifications. Fortress wall with the Ramer tower was restored in the period from 1985 to 1987. 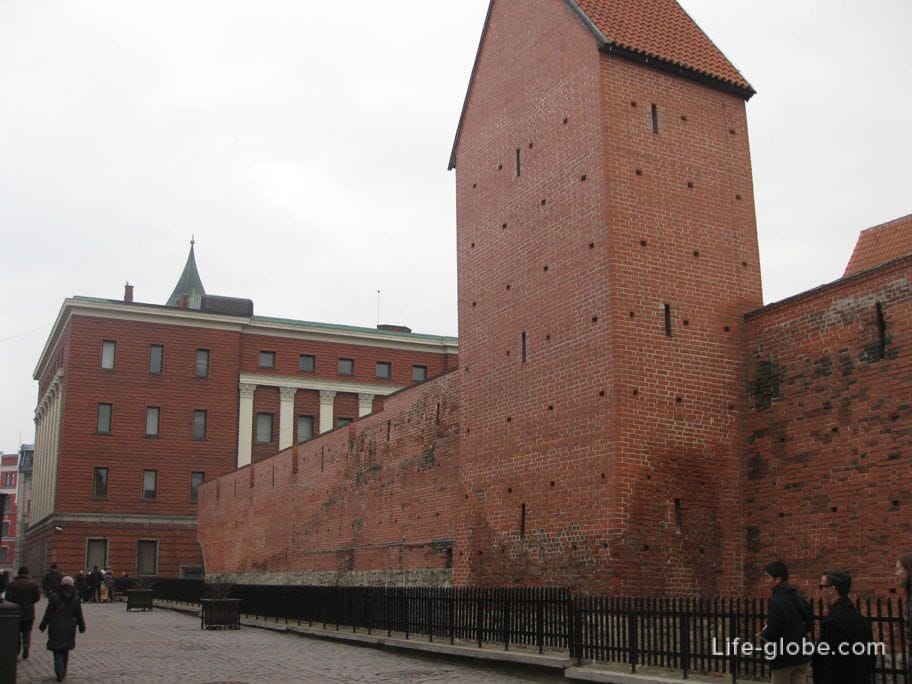 Of all the city's towers in good condition till our days survived only powder tower, about it we told in the previous article, read hereas well as a tower Ramer and Jurgen, which was built in the building adjacent to the Swedish goal.

Fragments of the former walls have been preserved in other parts of Riga's old town, a living example of part of a wall in the courtyard of Jana seta. 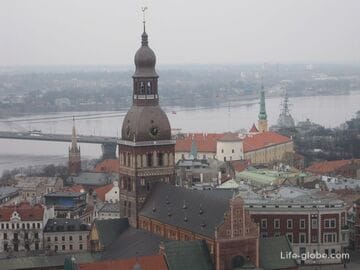 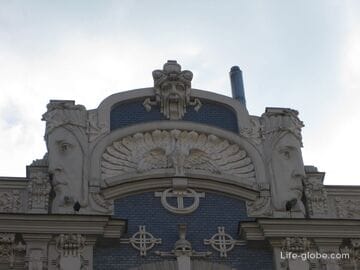