Railway Gate on the way to Pillau, Kaliningrad (Eisenbahnhof Tor)

Railway gates (on the way to Pillau) in Kaliningrad (German name Eisenbahnhof Tor) - one of the seven surviving city gates of Konigsberg (now Kaliningrad); - an object of cultural heritage of regional significance.

The railway leading to Pillau (now the city of Baltiysk) passed through the gate.

At the beginning of the 20th century, after the loss of defensive significance by the Second Rampart, Deutschordenring Street was laid along the former rampart, passing over the gate.

The railway gates have two spans decorated with pointed arches. The southern span was built in 1866, and the northern one in 1889. Evidence of this is the stones located above the arches of the gate. On the sides of the arches were casemates with embrasures. 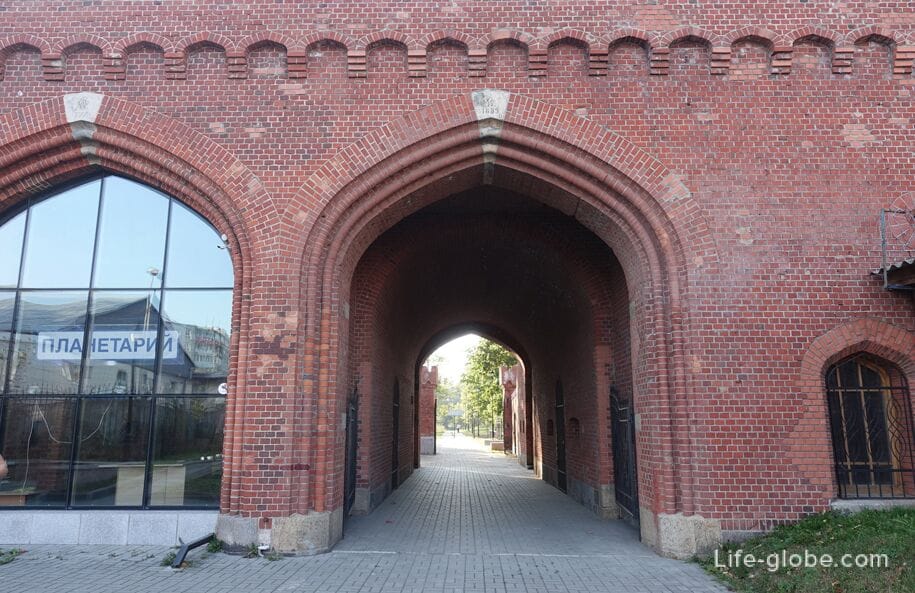 In the post-war years, the railway line passing through the gate was not used, the rails were removed in the late 1990s.

In the spring of 2007, the Railway Gates were transferred to the Regional Historical and Art Museum.

From June 2012 to 2013, repairs were carried out at the gate. Currently, the southern span of the gate is glazed on both sides - from the west and east, while the northern one remains a pedestrian passage through the gate. 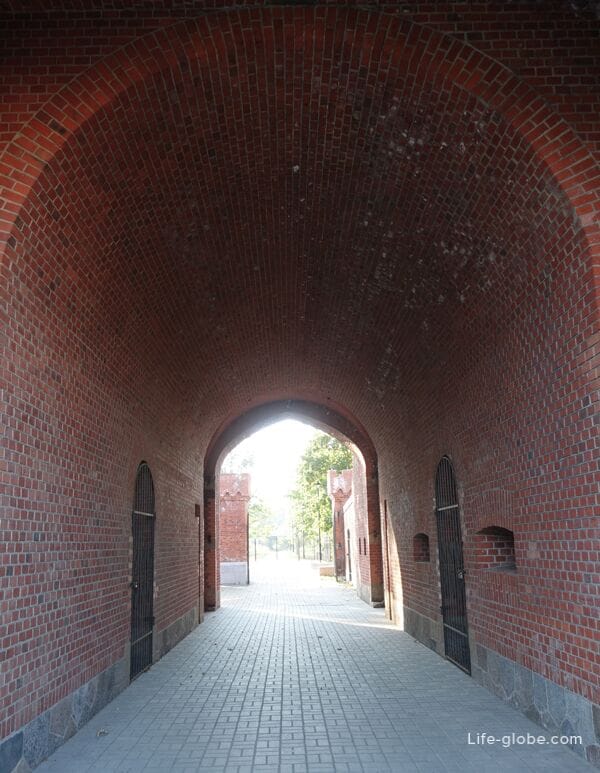 On the west side of the gate adjoins the Victory Park, and on the east - to the Guards Avenue (formerly Deutschordenring Street).

View of the gate from the Victory Park 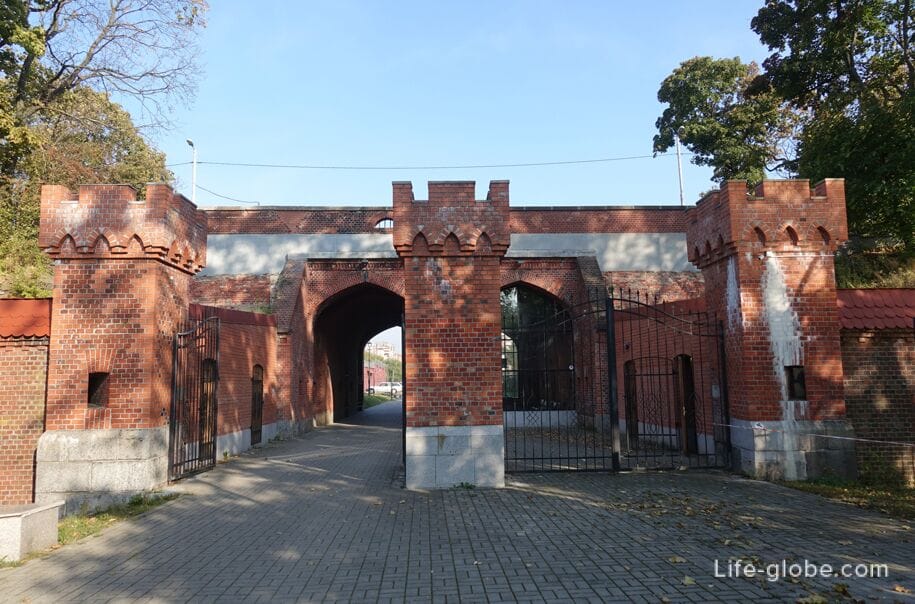 View of the gate from the side of the Guards Avenue 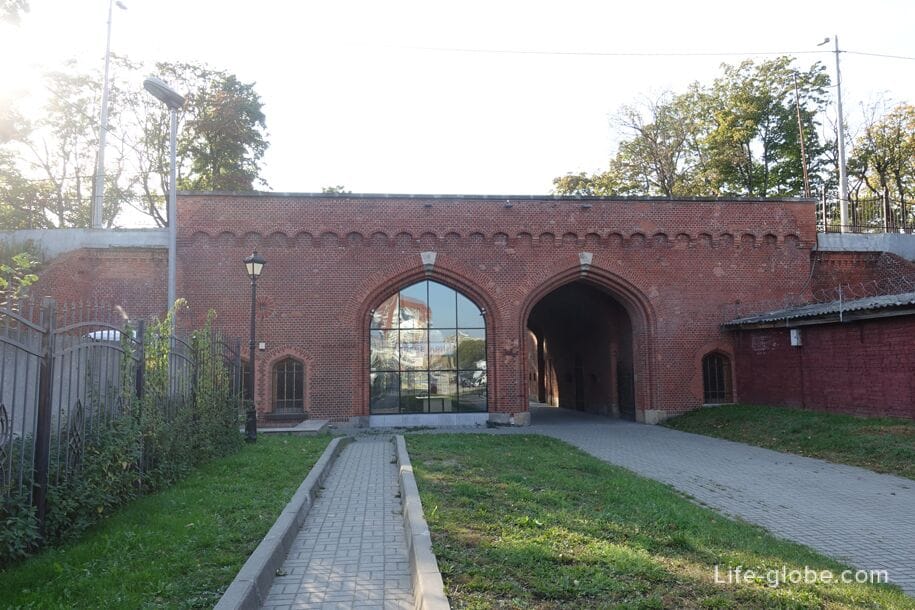 Currently , the gates are:

- exhibition of historical miniatures "Parade of Tin Soldiers", including: miniature sculptures and reconstructions of historical battles of different eras. 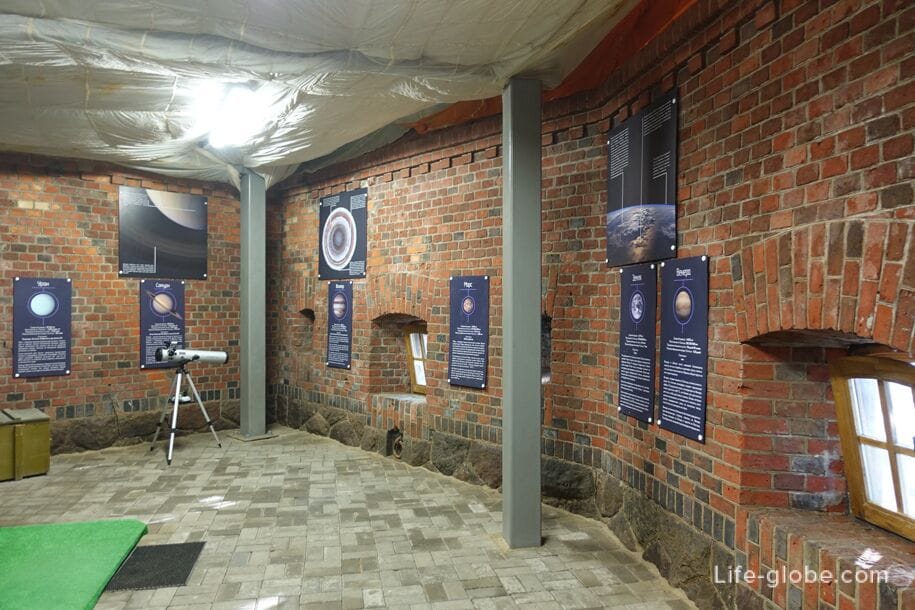 The address of the Railway Gate in Kaliningrad: 51A Guards Avenue, Kaliningrad. The gate is adjacent to the Victory Park. 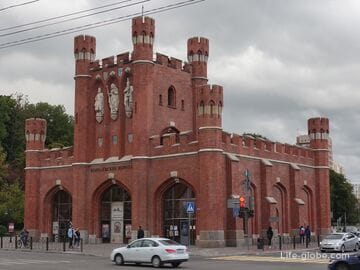 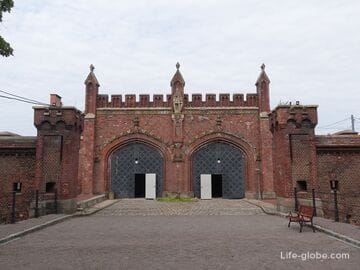 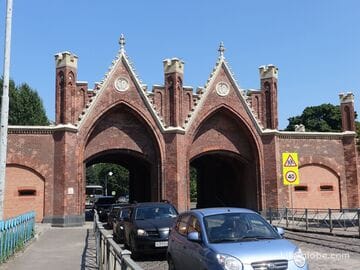