Riga balsams and tasting of national drinks in Latvia: photos, description, prices, where to buy

Perhaps no trip to Latvia is complete without tasting the famous Riga balsam, and then buy another bottle for yourself or as a gift to loved ones. Riga black balsam have already become a business card of Latvia, he is so famous that if you have not tried personally, it really heard of it surely everyone.

The classic and most famous is Riga black balsam (Rigas Melnais balzams). This balm was the first balm of Riga, in the future on its basis has created other balms with different flavors and strength.

Today, there are several species of Riga balsams: as already mentioned the classic black, he's the strongest, his strength is 45 degrees, creamy, blackcurrant and element.

Photo classic black balsam in the middle, the item on the left, to the right of blackcurrant. 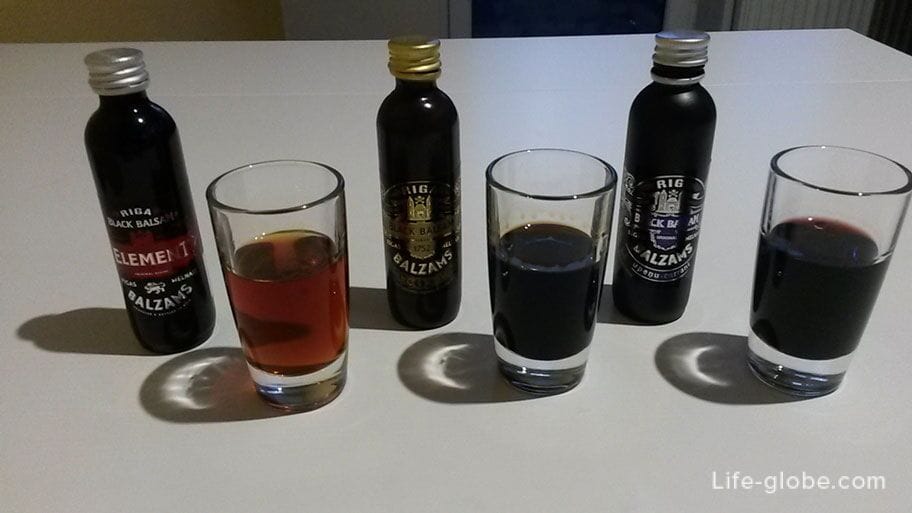 Part of the classical Riga black balsam contains water, ethyl alcohol of the highest purification and many natural extracts of herbs and berries. The remaining Riga balsam is about the same, plus there are a variety of supplements.

Riga black balsam is a dark color and a sweet smell. Taste can say very specific, tart and not for everybody. Since we are such fans are not for us, it's disgusting, felt only bitter herbs, and the finish is the same.

Riga black balsam element has the light colour and liquid consistency. 40 degrees fortress. Smell normal herbal balm. The taste is at first sweetish, and then bitter herbs, no alcohol, namely herbs, pronounced so that the drink is even worse classic. I he great scarlet and Vova tincture of calendula.

Riga black balsam with black currant is probably the softest and most pleasant of all balms. Fortress 30 degrees. The smell of alcohol is practically absent, but there is a pronounced smell of blackcurrant. The taste of the same bitter herbs, and the taste of the berry leaves a slight aftertaste on the tongue and the palate. This is the only Riga balms which you can drink, but not worth it. Drink them anyway you will not, and prevention is best suited to classic.

Well, still not balm had that taste, because it was created initially as a medicine and not use it for a pleasant drinking and hanging out, and solely for the purpose of prevention. Often drink, adding a dining room the spoon in hot coffee or tea, rarely as an aperitif before meals. Say Riga balsam has a tonic and tonic effect, and is also used as an antidepressant, appetite-stimulating and tonifying the bowel.

Since we have touched on the topic of creation, the Riga black balm has several versions of the history of its birth. According to the residents of Latvia, the balm was created by a Riga pharmacist, during the terrible tuberculosis epidemic in the country, to cure local residents. Riga balsam helped to save lives and get rid of the tuberculosis epidemic. Since the balm tastes very bitter, after all the patients were cured, they safely forgot about the balm and sold it exclusively in pharmacies as a medicine at penny prices. The buyers at that time were mostly drunks who bought the balm in order to get drunk cheaply. After a while, Riga balsams became famous in other countries, after which they began to produce it in large quantities and sell it to tourists in every store and souvenir shop.

Themselves local all of these balms almost never drink, except for some young people, well she sings for fun anything. But the tourists are buying up balms all the trucks.

Sell Riga balsam in all cities of Latvia, in every store, supermarket and souvenir shop. Bottle size from the smallest at 0.04 liters to large - several liters. Release as in conventional bottles and the gift packs, however, as equally famous Riga sprats. The more colorful bottle and packaging, so it is correspondingly more expensive. In different stores the prices are quite different, the most expensive in the tourist areas, cheaper in large supermarkets and wholesale stores that sell retail.

In all Riga cheap Riga balsams and other national alcoholic drinks we found in the shop in the creative quarter Skiperi, directly opposite the Central market, if you cross the tram tracks and the roadway. 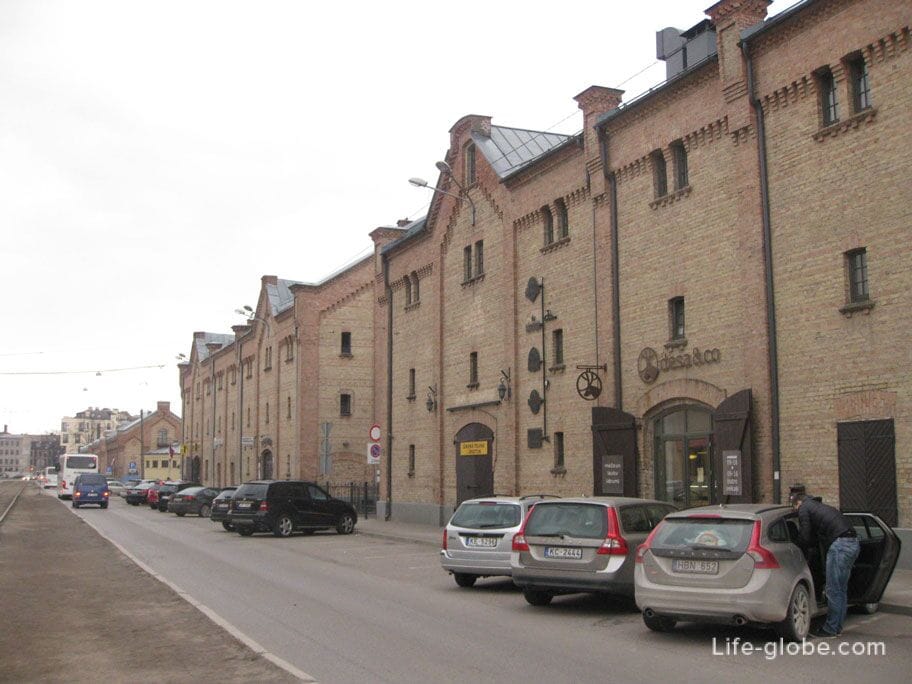 In addition to the Riga balsam in Latvia there are other local spirits. When we went to Latvia about the existence of such knew nothing, learned purely by accident when in one of the restaurants ordered a tasting of national alcoholic beverages. It turned out that in Latvia there are drinks much nicer and tastier Riga balsams.

So in the bars and restaurants of Riga you can enjoy a tasting of local spirits. The tasting will be served for a drink local alcohol. There is such a tasting of 8-9 Euros. We did not regret that tried the drinks first learned about the local spirits, and secondly even if I knew each drink bottle to sample in the shop buying will not, and it will try everything at once.

So, to the tasting brought us four drinks: liqueurs, cranberry (Cranberry), Moka (Moka) and allatu (Allazu), as well as Riga black balsam. During the tasting in detail told about each drink and suggested how to drink them, or rather some what to drink to lower, but rather increase the degree and taste all the flavors. 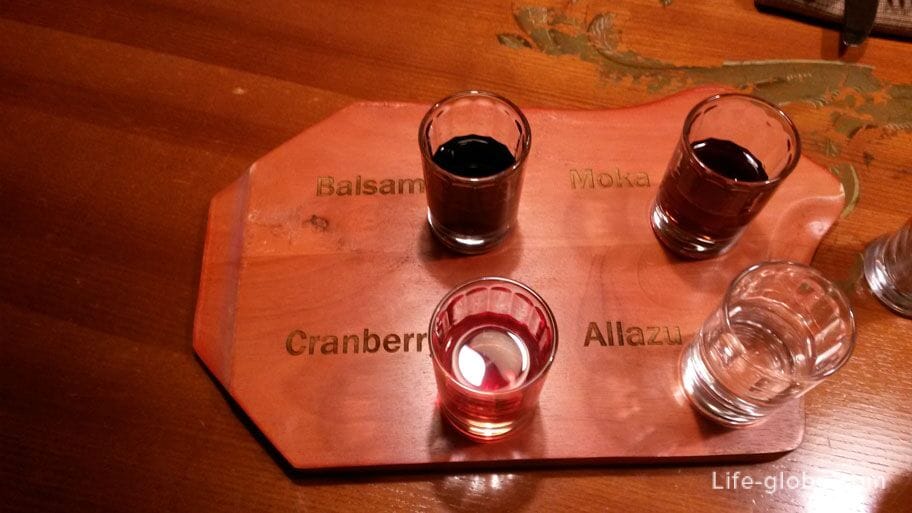 So, here's starting with the less strong gradually increasing the degree. First comes the liqueur cranberry, then mocha, then also, and finally balsam. After each drink is recommended to make a few SIPS of clean water in order to wash away the taste of the beverage, and move to the next.

Pro balm will not tell, above all I could tell. All the other drinks on the smell is pleasant, the taste is sweeter. Different from each other in strength and sweetness.

The low alcohol, cranberry liqueur, cranberry, a little stronger than wine, but for us, painfully, cloyingly sweet.

Mocha is a classic coffee liqueur, too sweet, but not cloying, you can drink. Fortress 30 degrees. Has a slightly strong taste of cognac and a touch of coffee. Produced in Latvia in the same factory that Riga balsam, Latvijas Balzams. It can be added as balms, in coffee or tea. And to drink, what to drink and not mix, it is best with milk. We drink it with milk not tried it, but tried to drink milk like Estonian liqueur Vana Tallinn (Vana Tallinn), tasty, tastier than drink anything else or eat. Although all of them and have a snack then do not. 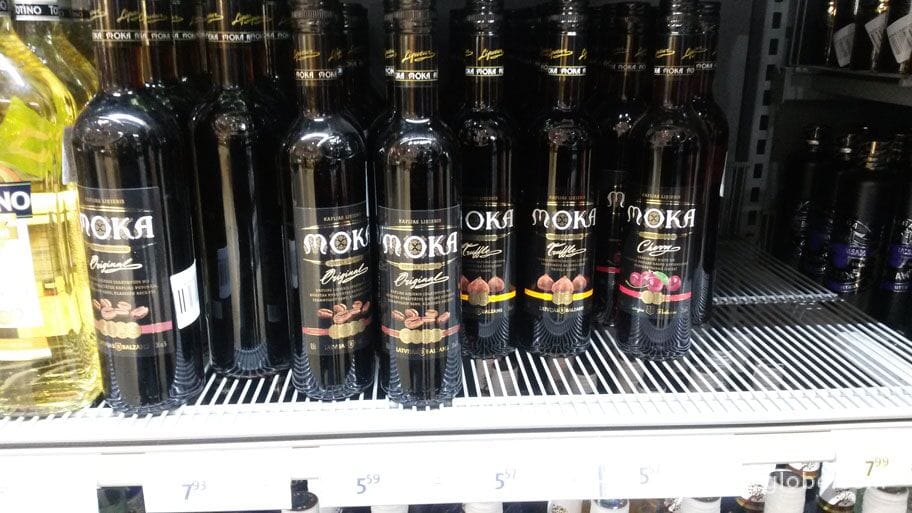 Allazu too sweet, but it has a pleasant alcoholic aroma. A fortress of 40 degrees. We liked him the most, that's it for another drink aperitif drink can. It is what we bought with them a gift to loved ones.

The waiter told us that Allazu earlier drinking at balls, and at present it is very fond of Queen Elizabeth II. She drinks this liqueur with your family at Christmas. 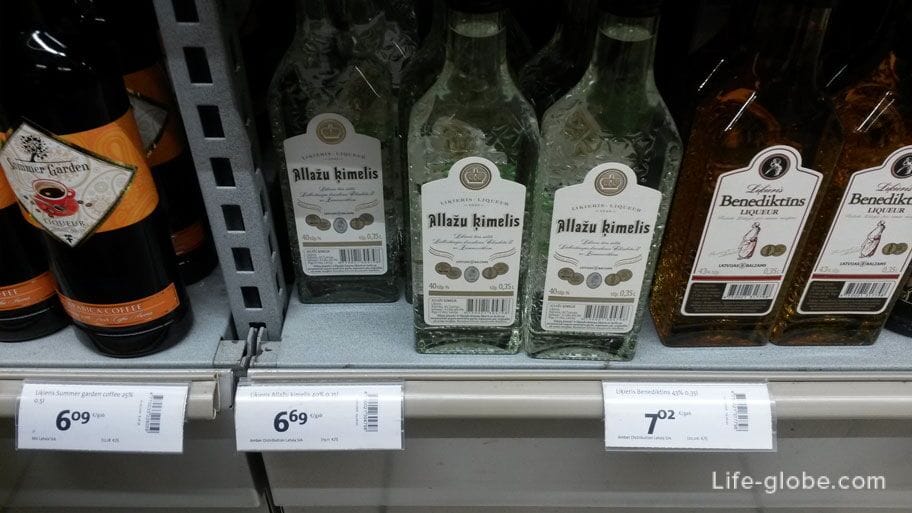 To buy all these drinks in shops and supermarkets, but we've seen less of balms, and gift shops have not seen, yet they are not so popular with tourists. But cranberry is generally in the shops which looked not found. 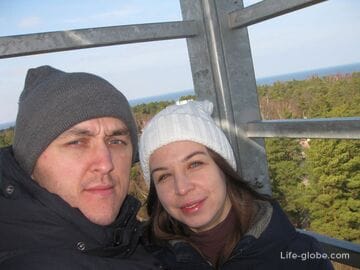 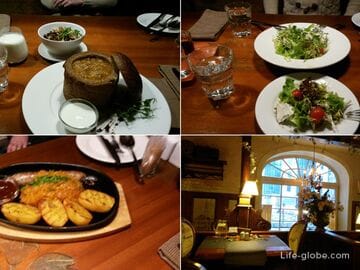 Latvian cuisine. Where and what to eat i... 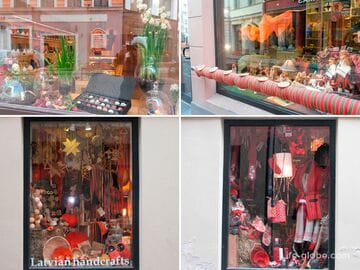 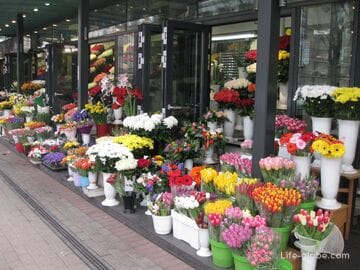