The Dancing House in Prague (Tancici dum) is of great interest among tourists and is included in the list of the most the most visited sights of the city.

The house is designed in the style of constructivism and is part of modern Prague architecture. It is also called a Crooked House or a Drunken House.

Today in the Dancing House you can visit: a shop, a restaurant, a bar, an observation deck and an art gallery. On two floors of the house there is a panoramic 4-star Dancing House hotel - Tančící dúm hotel

The dancing House was built in the middle of 1994-1996 by architects Vlad Milunich and Frank Gehry. The grand opening took place on June 20, 1996.

The structure of the building is made of reinforced concrete and ninety-nine original facade panels are used in it.

The construction of such a strange architectural structure near the historical sites of the center of Prague at first caused a violent resonance among the locals, but later the Czechs even fell in love with the bizarre silhouette of a dancing house. Nowadays, modern Prague can hardly be imagined without the curved lines of the outlandish structure. 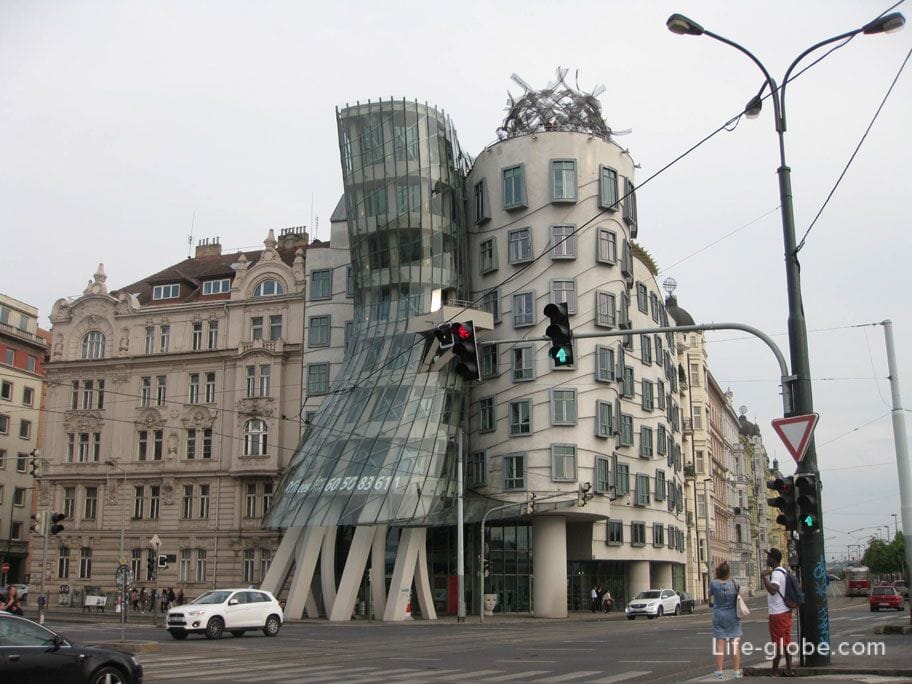 At the top of the stricter tower of the Prague Dancing House, which further symbolizes the human figure, there is a dome with a structure of metal tubes covered with a stainless steel mesh with cell sizes of 10x10 mm, covered with imaginary hair. Up close, the dome represents the head of a jellyfish. The author of this unusual dome was Frank O. Gehry.

But any personification of a house with people is only guesswork and similarity. In fact, the dancing house was created in the modern style of deconstructivism, which is characterized by visual complexity and unexpectedly broken lines that emphasize aggressive intrusion into the urban environment, as well as catchy features against the background of other buildings. It should be noted that the authors of the project succeeded in full. 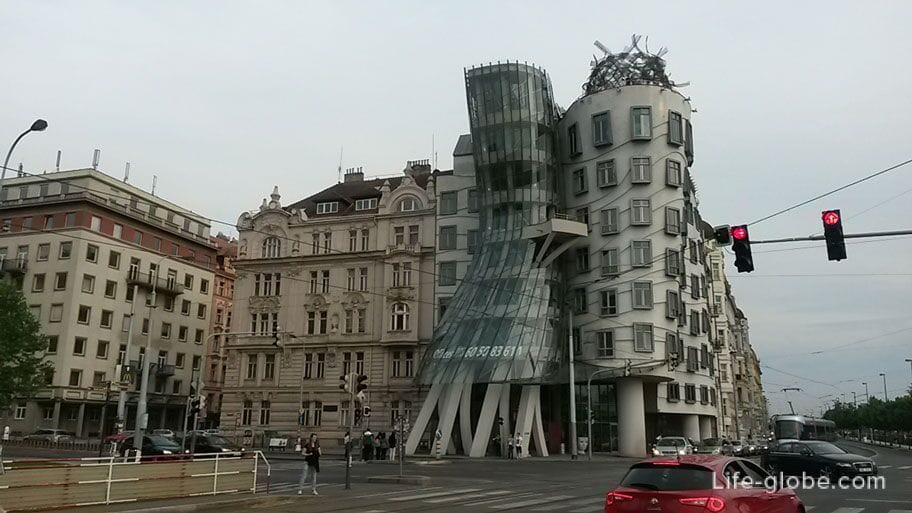 That's how, just a few years after its construction, the Dancing House became one of the symbols of the Czech capital. 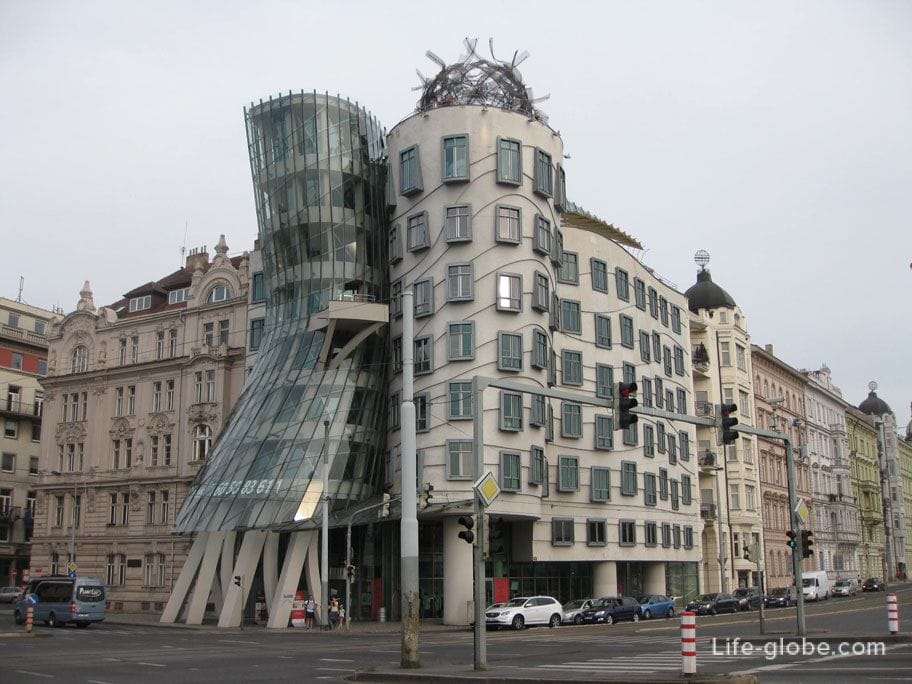 The charm of the house is also complemented by the fact that when you walk along the most beautiful embankments of Prague - Masarykova (Masarykovo nabrezi) and Rashinova (Rasinovo nabrezi), admiring the colorful historical buildings of the Art Nouveau style, and then once, something appears before your eyes that at first glance does not fit into the surrounding architecture, but you look more closely and realize that if not here, then where else would such a catchy and elegant modern Dancing house be. 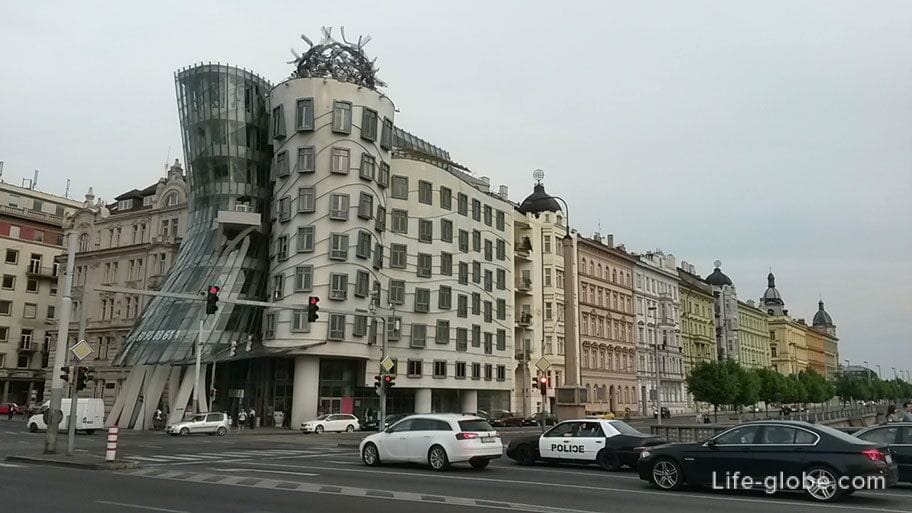 Dancing house from the inside

Not only the architecture of the house attracts attention, but also what is inside its walls.

Currently, some of the premises in the building are rented out for offices.

On the 7th floor of the Dancing House there is a Glass Bar and Ginger & Fred Restaurant, offering international and French cuisine, as well as a wide selection of wines. In addition, there is a viewing terrace, which offers beautiful 360-degree views of Prague. 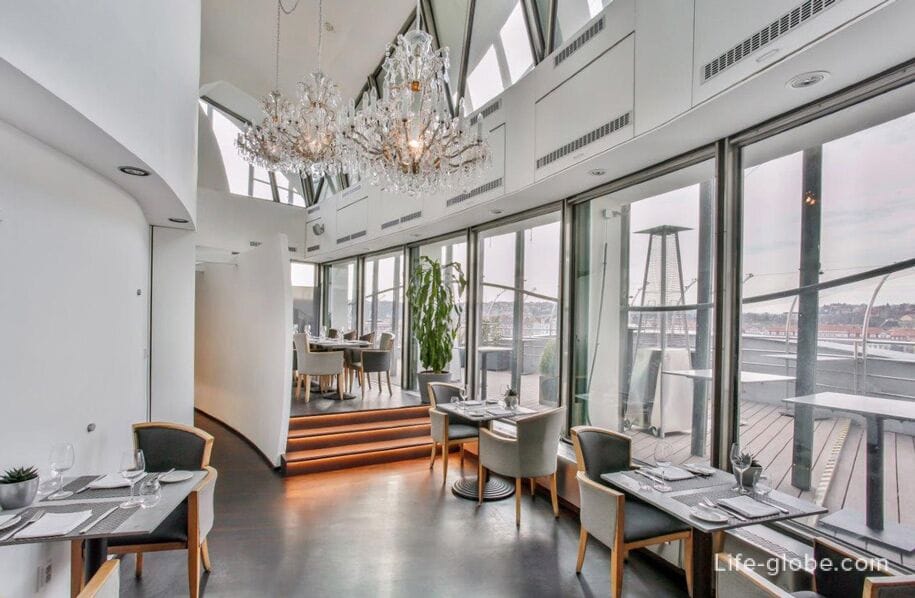 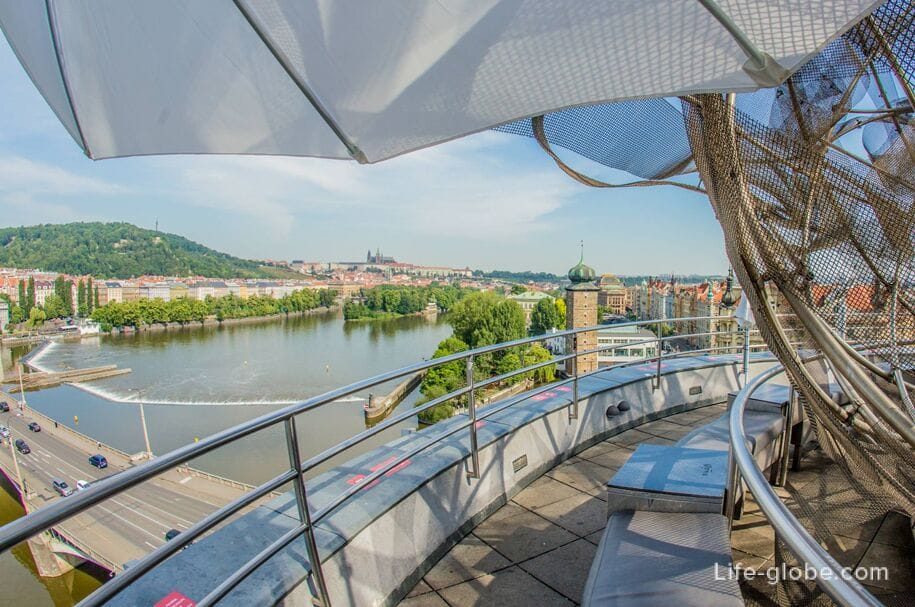 The Dancing House Gallery (Galerie Tančící dúm), also located in a crooked building, is focused on exhibiting works by famous Czech and foreign artists, as well as various thematic exhibitions.

Entrance to the gallery is paid. Ticket prices vary depending on the exhibition being held. 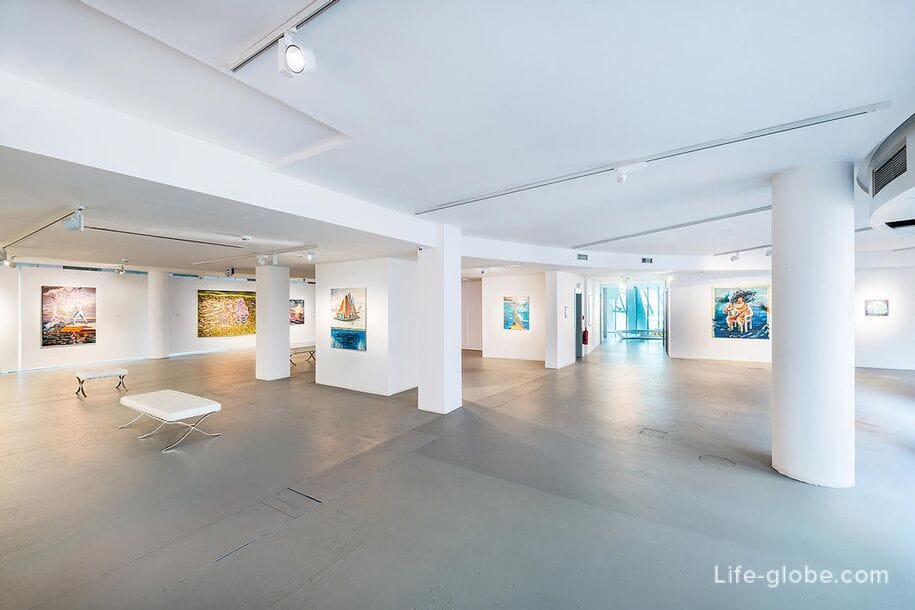 In addition, on two floors of the Dancing House is located 4-star Dancing House hotel - Tančící dúm hotel with rooms with an unforgettable view of Prague.

At the hotel: bar, restaurant, free Wi-Fi throughout, 24-hour front desk and facilities for disabled guests. 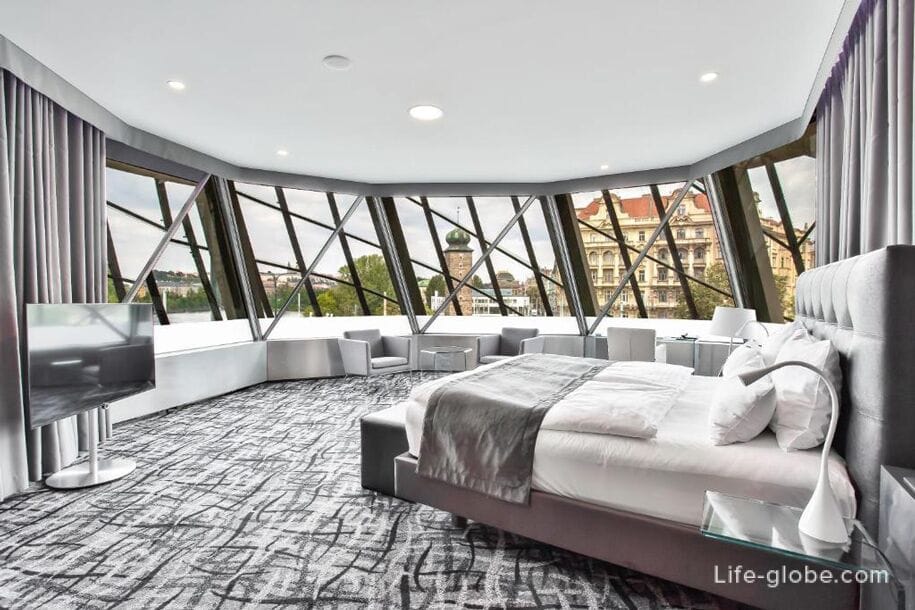 Located Dancing in the very center of Prague, near the Old Town, on the shore of Vltava River, at address: Jiráskovo náměstí 6, 12000 Praha 2 - Nové Město. 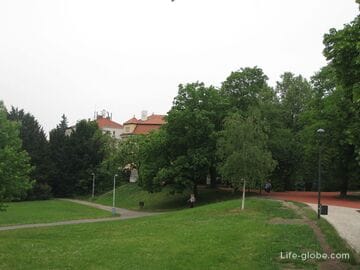 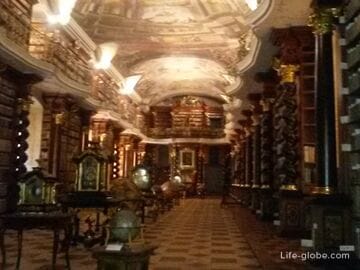 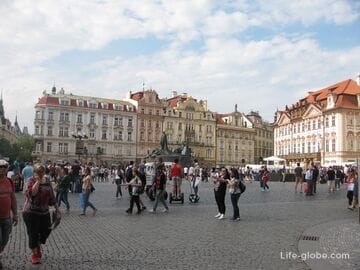 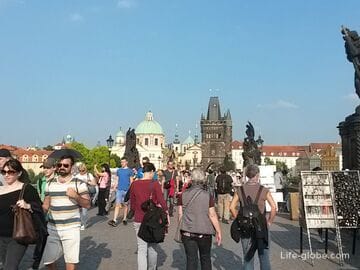 Charles bridge in Prague (Karlův most). ... 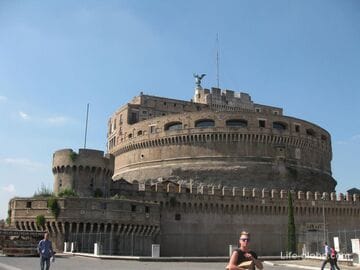 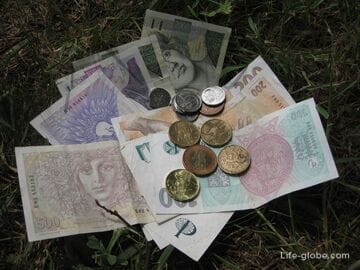 The Currency Of Czech Republic. Currency... 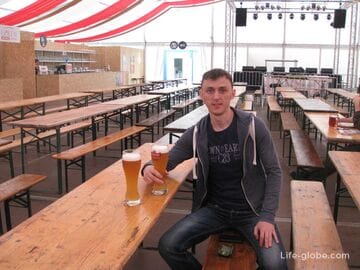