Szechenyi square (Hungarian name - Szechenyi Istvan ter / Szechenyi ter) is named after Count Istvan Szechenyi, located on the Pest side, near the embankment and the historic Secheni Chain Bridge over the Danube River.

Széchenyi square is a very popular item among visitors to the city through the area are many Hiking trails in Budapest.

The center of the square is a green square, which houses two large monument - sculptural composition, and on three sides of the square monumental buildings, including historic.

Park and the széchenyi square

The building of the Palace was built in the early 20th century (1904-1906) in the art Nouveau style as an office-residential center for senior employees of Gresham. During the occupation of the Second world war the Red army used the building as barracks.

Currently, the walls of the historic Gresham Palace is one of the most luxurious hotels of Budapest - 5-star Four Seasons Hotel Gresham Palace Budapest, many of the rooms overlooking the Danube river, which runs cruise ships and pleasure boats, scenic hill, Buda castle and the gellért hill on the Buda side. Read more about Gresham Palace in Budapest... 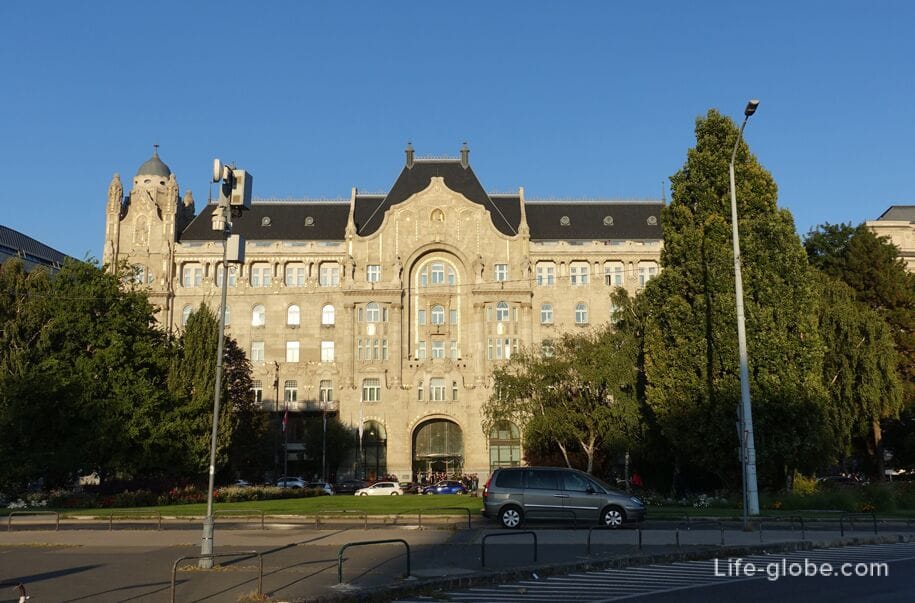 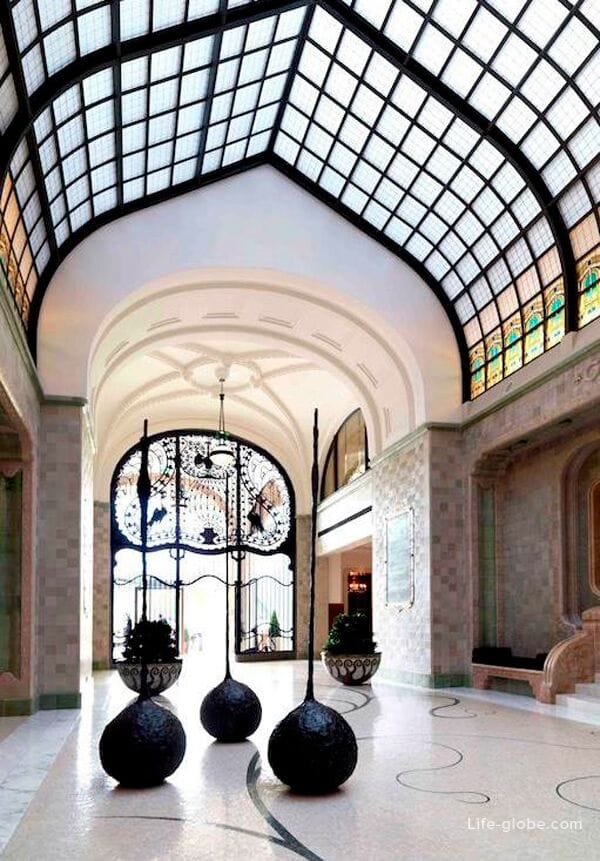 The building of the Ministry of Internal Affairs

In a historic building, located near the Palace of Gresham, in the South-Eastern part of the széchenyi square is the headquarters of the Ministry of Internal Affairs.

The original building was office and until 1950 was the headquarters of the Hungarian commercial Bank of pest. Two dates on the facade, engraved with the Roman numerals refer to the basis of the former Bank (1841) and the year of transfer of the building (1905). 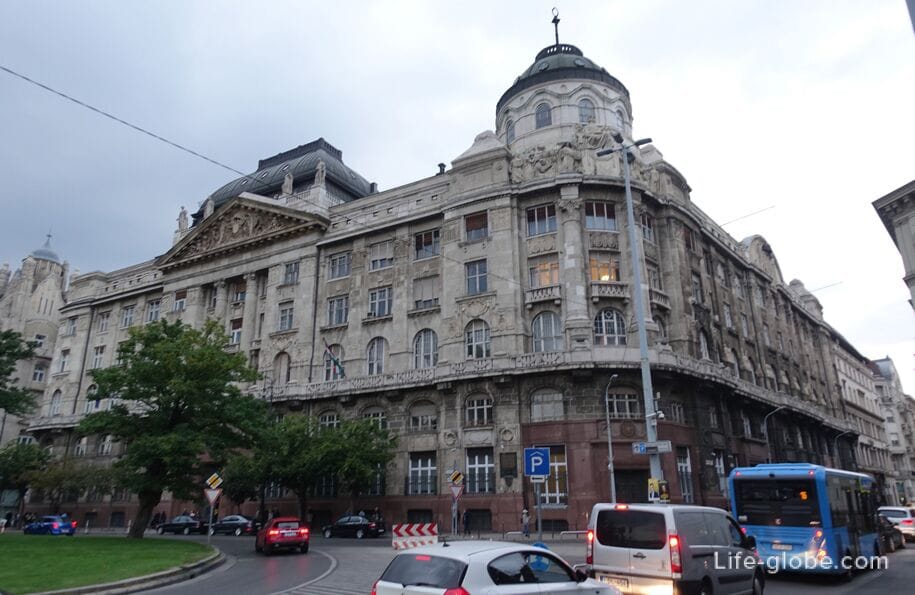 The building of the Hungarian Academy of Sciences

The building of the Hungarian Academy of Sciences is located in the Northern part of the square.

The origin of the building began in 1860, when the national collection was decided to build a headquarters. The design competition was announced in 1861. The winning design in the neo-Renaissance style was introduced by Friedrich August Stylemom. Construction began in the spring of 1862. The opening of the building took place on 11 December 1865. 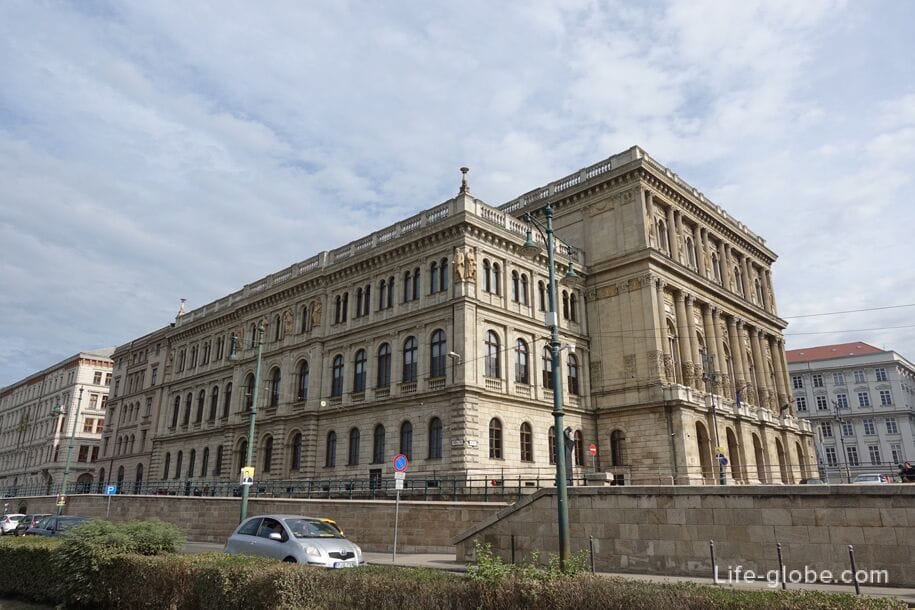 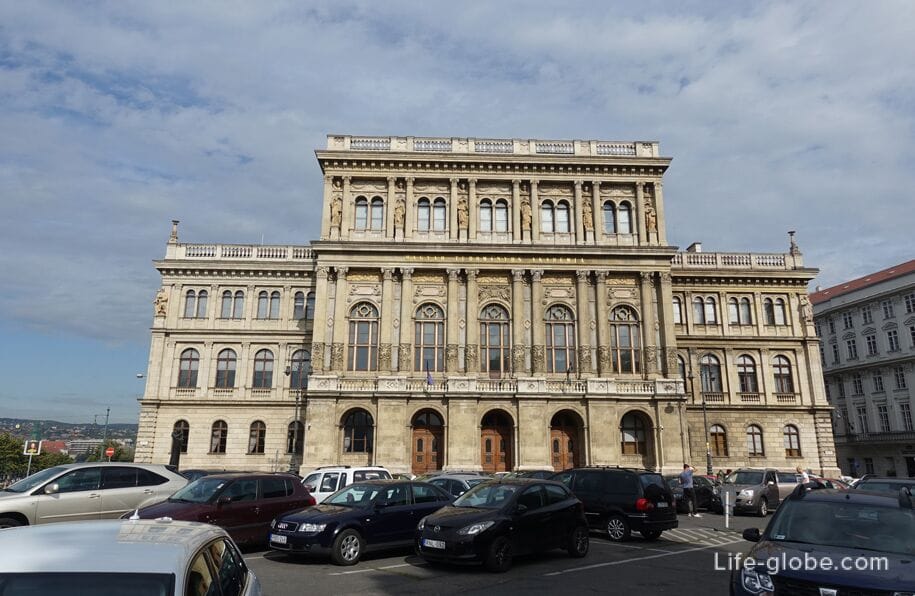 Bust of gábor mounted on a pedestal, and beside him, just below, is a sculpture of a girl, stretched his hand up first, and trying thereby to crown the head scientist a Laurel branch. 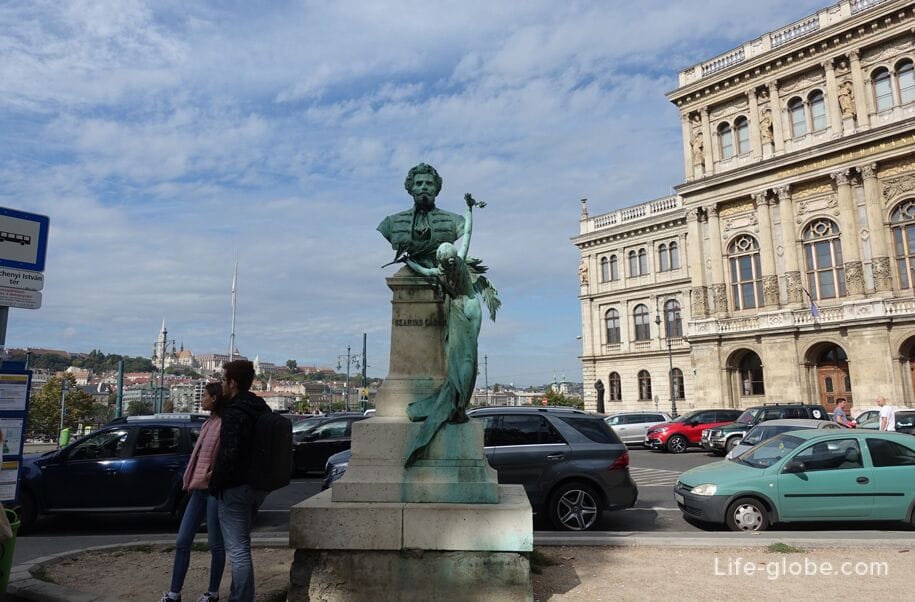 A Monument To István Széchenyi

This monument was erected in the Northern part of the square is, without a doubt, one of the main decorations of the square.

The sculptural composition in a count is depicted standing on a high pedestal. 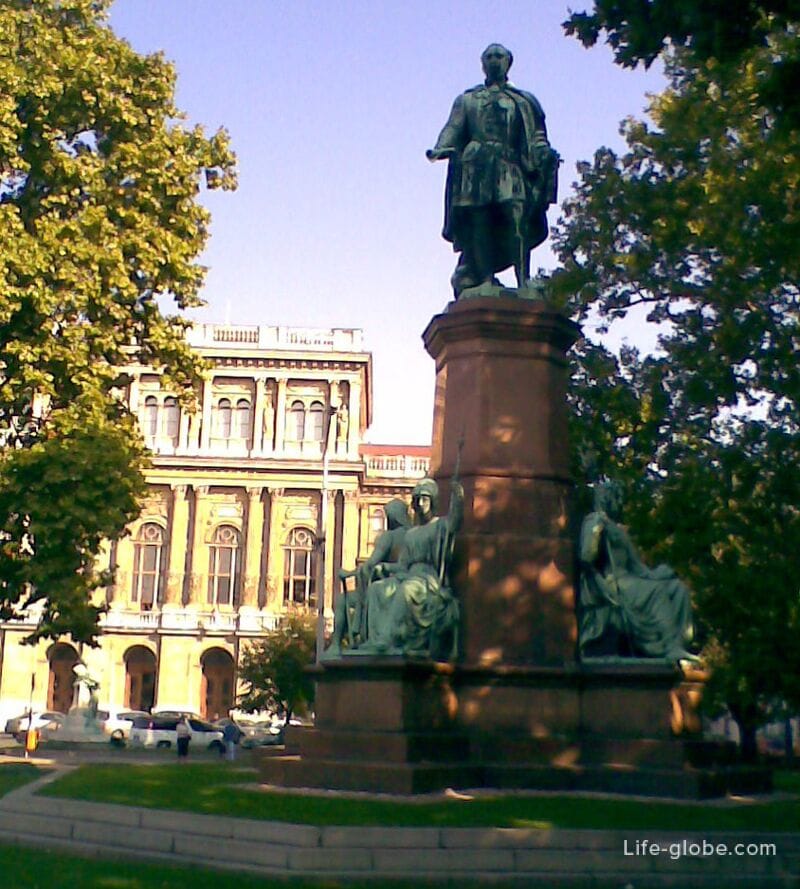 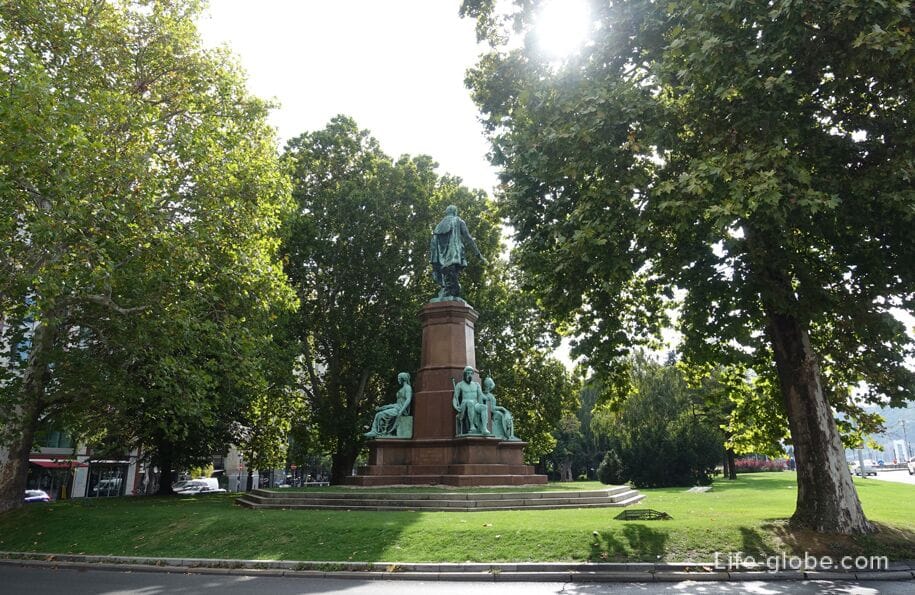 Monument to the Hungarian politician Ferenc deák installed in the southern part of the square, opposite the monument to istván széchenyi.

Ferenc is shown seated in a chair mounted on a high pedestal, framed by columns. 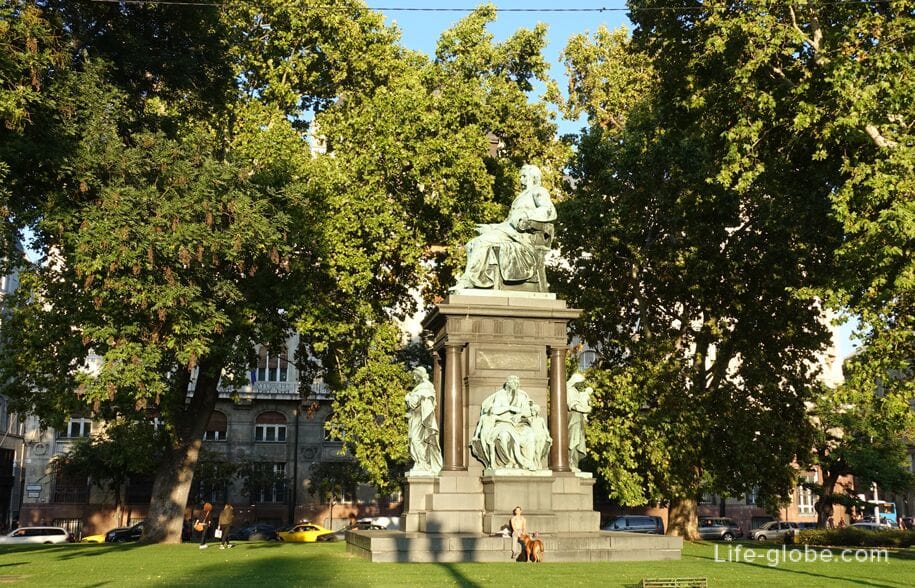 In the Southeast corner of széchenyi square is high and inconspicuous building, where is the casino Las Vegas (Las Vegas Casino) and 5-star luxury hotel Sofitel Budapest Chain Bridge. 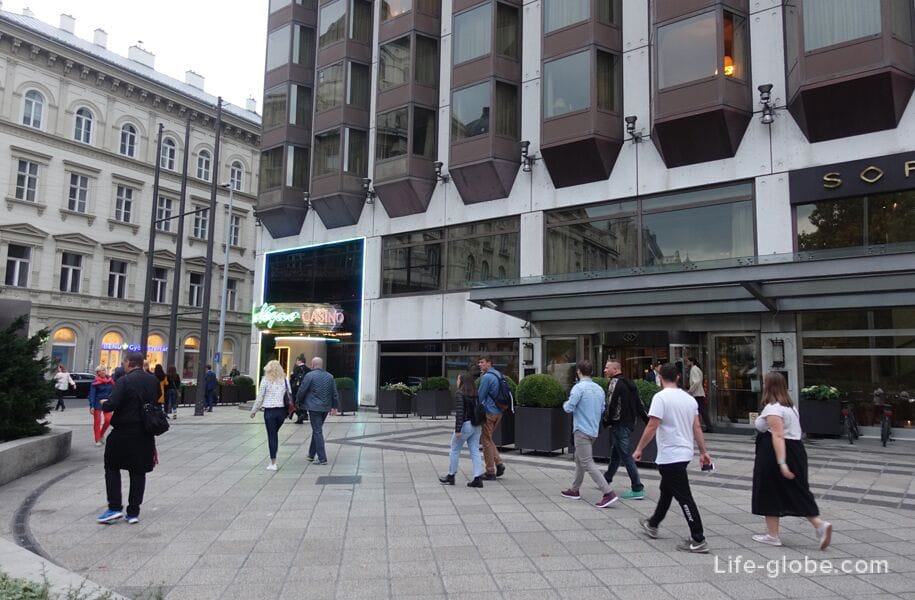 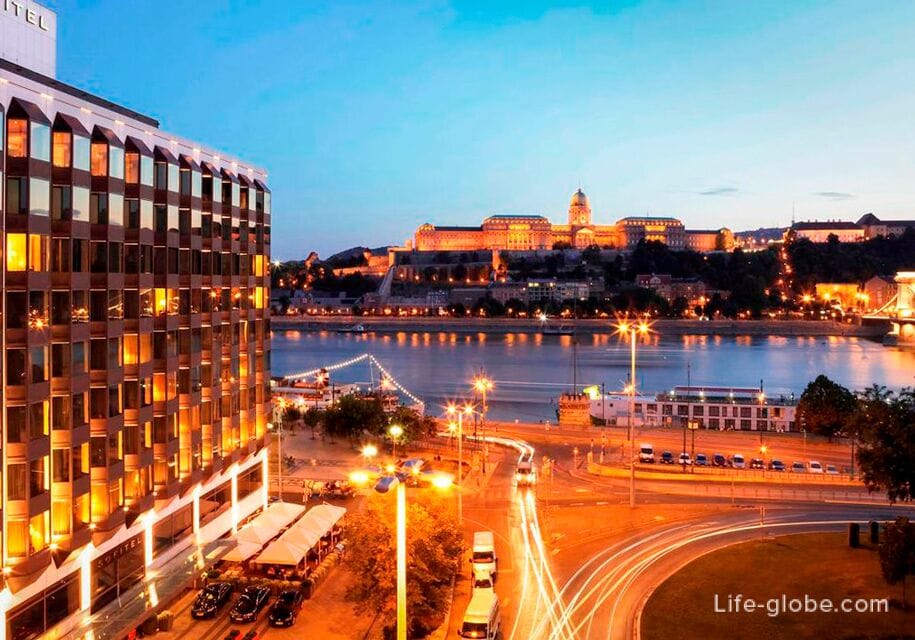 Near the South-West corner of széchenyi square, Passthe along the promenade is a monumentdedicated to józsef Etwas, where the Hungarian writer and Austro-Hungarian political figure depicted standing on a high pedestal.

The size of the bronze statue is 390 centimeters, and its base is equal to 459 cm.

Immediately behind the monument stands the building, which houses the 5-star InterContinental Budapest, some rooms of which offer stunning panoramic views of the Danube, the chain bridge and the opposite side of the river is the Buda side, including the Royal Palace, towering on the Castle hill. 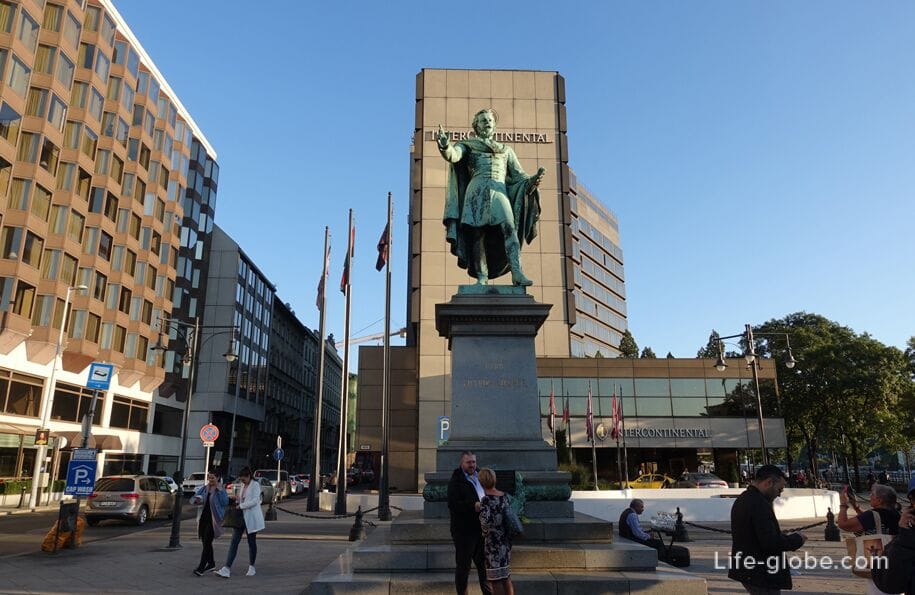 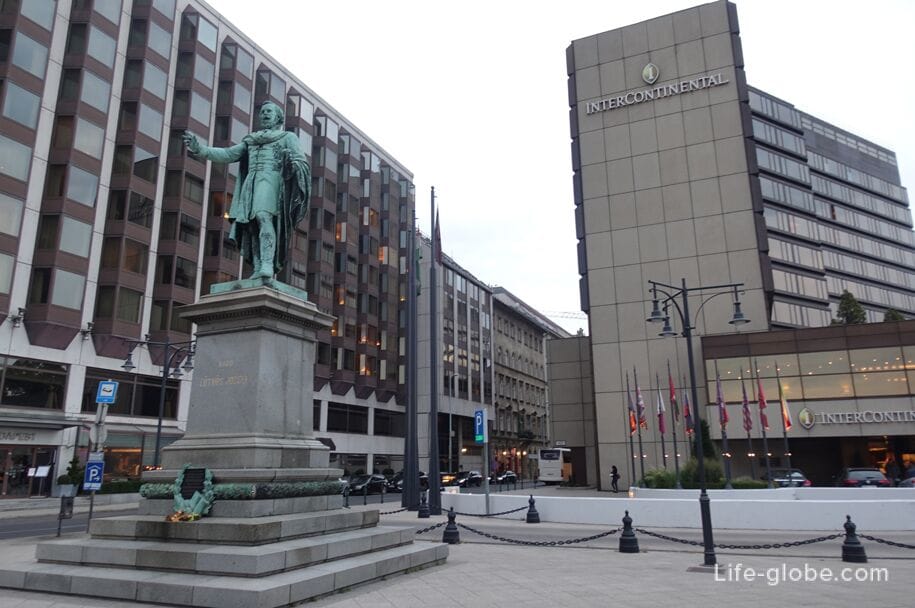 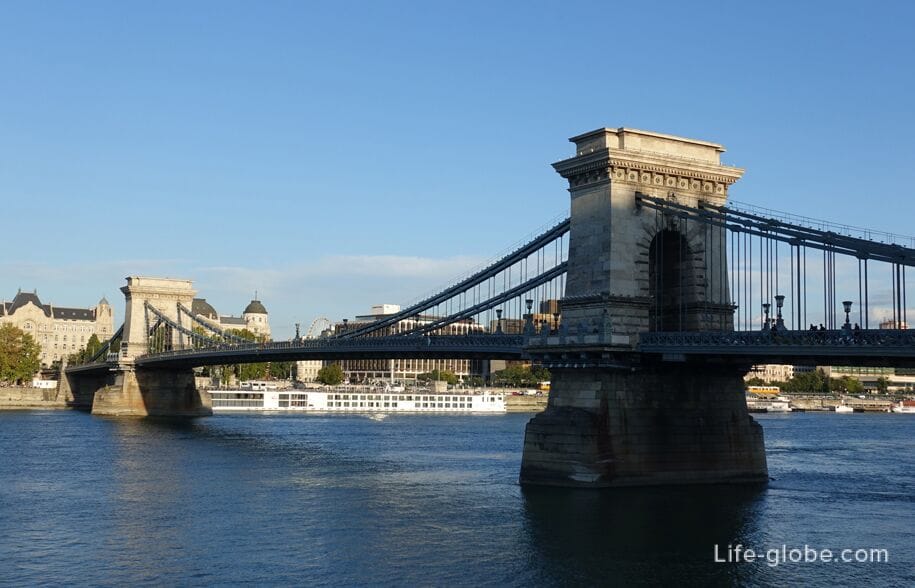 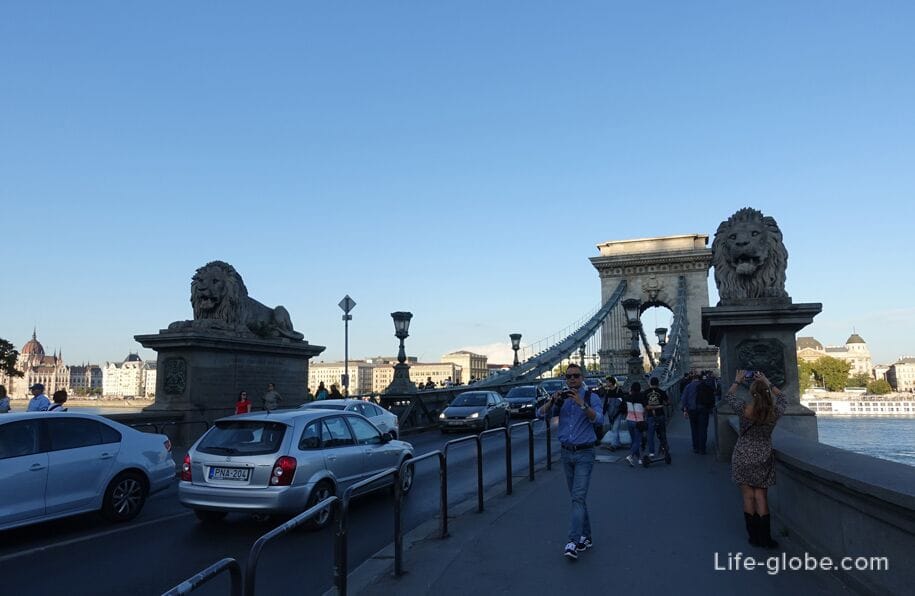 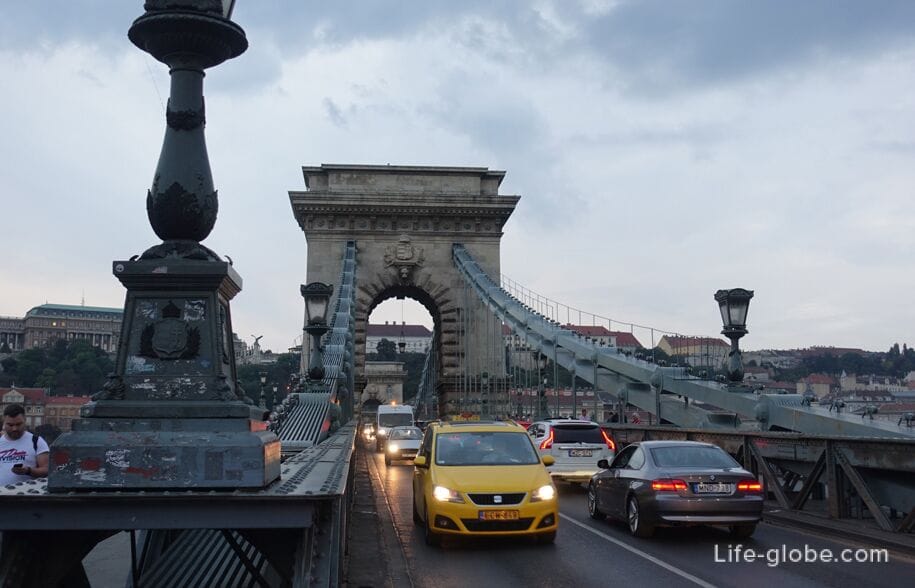 View of the chain bridge, the embankments and the Hungarian Parliament building from the Royal Palace 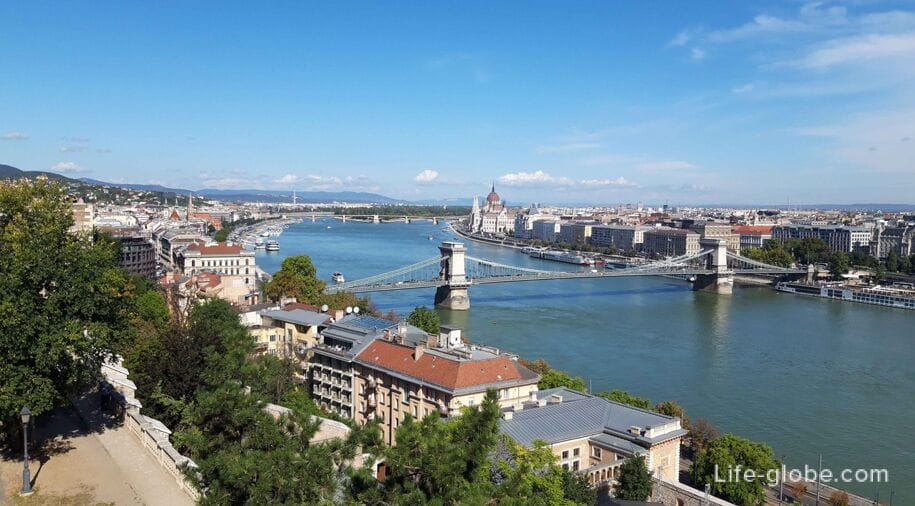 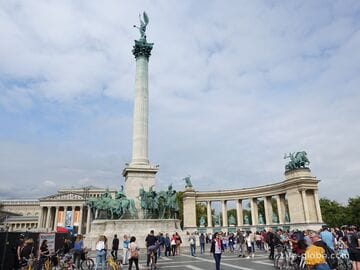 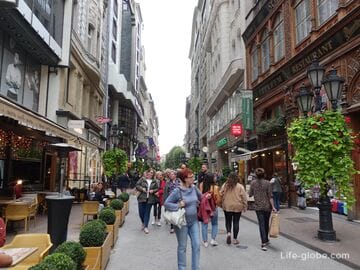 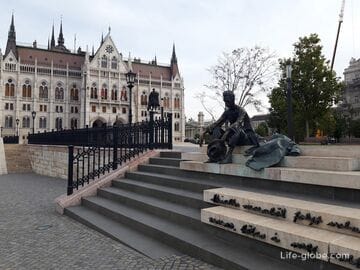