The Hungarian Parliament building (Országház) is the largest and most iconic building of the Hungarian capital city of Budapest.

The Hungarian Parliament Building is the home of the legislature and the sanctuary of the Holy Crown. Currently, the building houses the Prime Minister and his staff.

A World Heritage Site, selected in 2011, is an invaluable museum value, the pride of the Hungarian nation.

The Parliament building is located parallel to the Danube, has a length of 268 meters and a maximum width of 123 meters. Dome tower, rushing into the heavens graceful spire has a height of 96 meters, the same height as the St. Stephen's Basilica.

The facade of the Parliament building is decorated with 90 stone sculptures representing great figures of Hungarian history. The building has 27 gates for entering and leaving parliament.

The residence of the Hungarian Parliament has an area of ​​almost 18,000 square meters and is divided into four levels. The building is 162 sculpture, 10 courtyards, 13 elevators, and hundreds of offices. The rooms are connected by an endless system of corridors and stairs. Red carpet in the building has a length of nearly 3 kilometers.

Only these, and not all, numbers, talking about the enormous size and stunning structure of the Hungarian Parliament building.

And what an eclectic architecture that combines elements and motifs of various styles: Baroque, Gothic, Renaissance features, inspired by the influence of the Paris Beaux-Arts.

Is the Hungarian Parliament building in the historic centre of the city, on the Eastern side of the Danube (Pest district), between the street Id. Antall Jozsef rkp (from the Danube) and Kossuth Lajos square, on which are located several historical buildings and significant monuments. 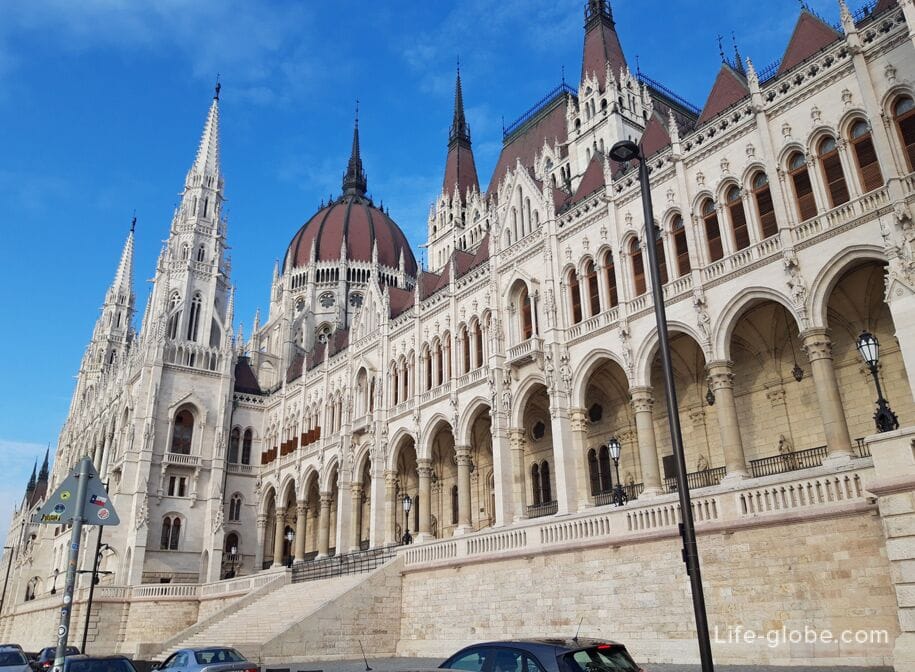 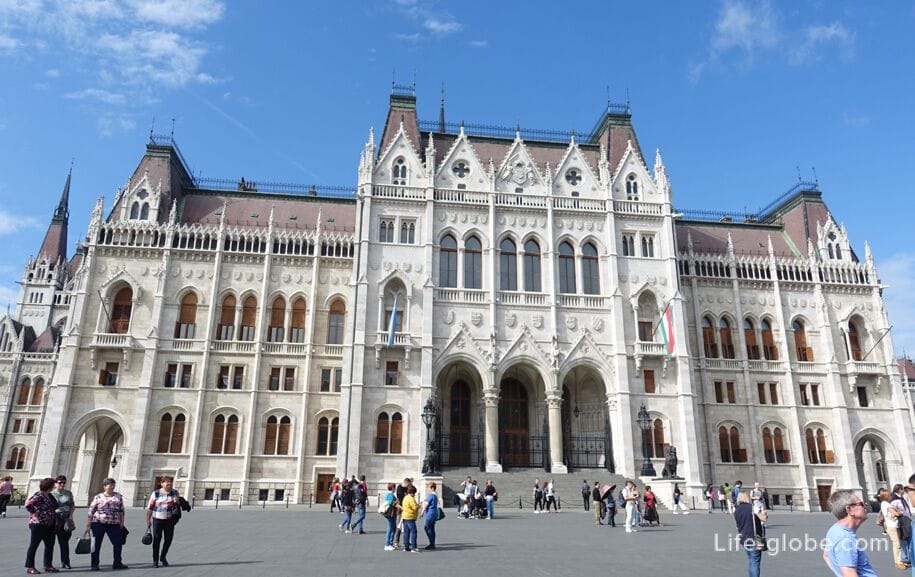 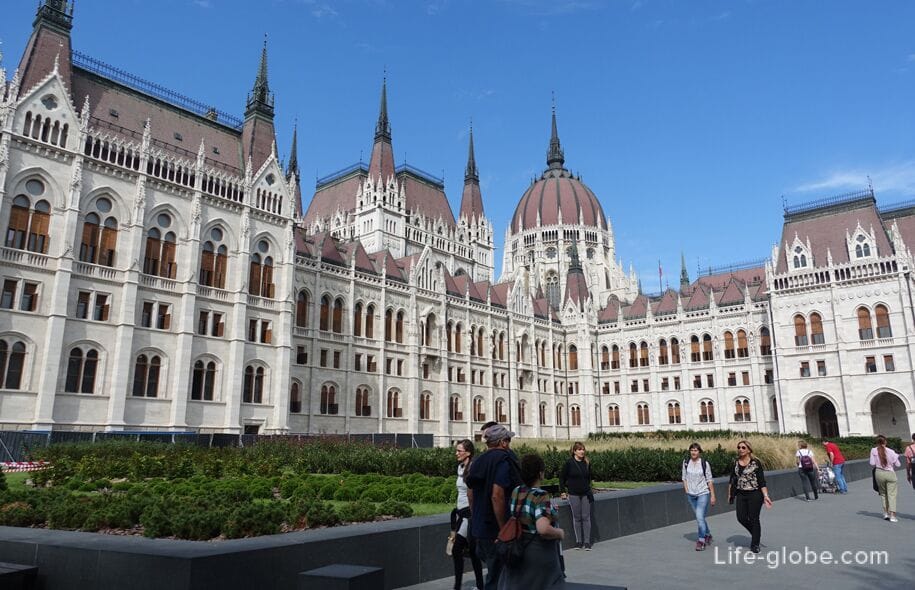 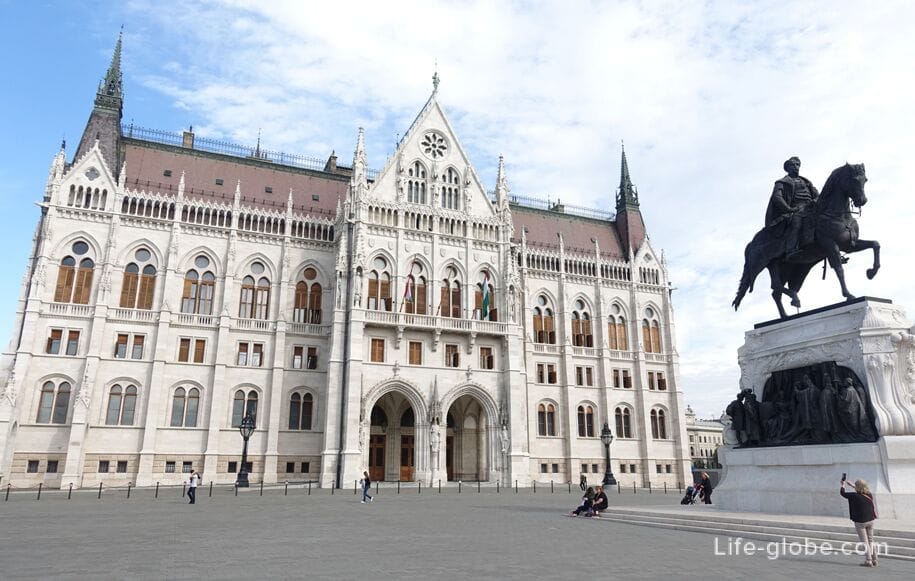 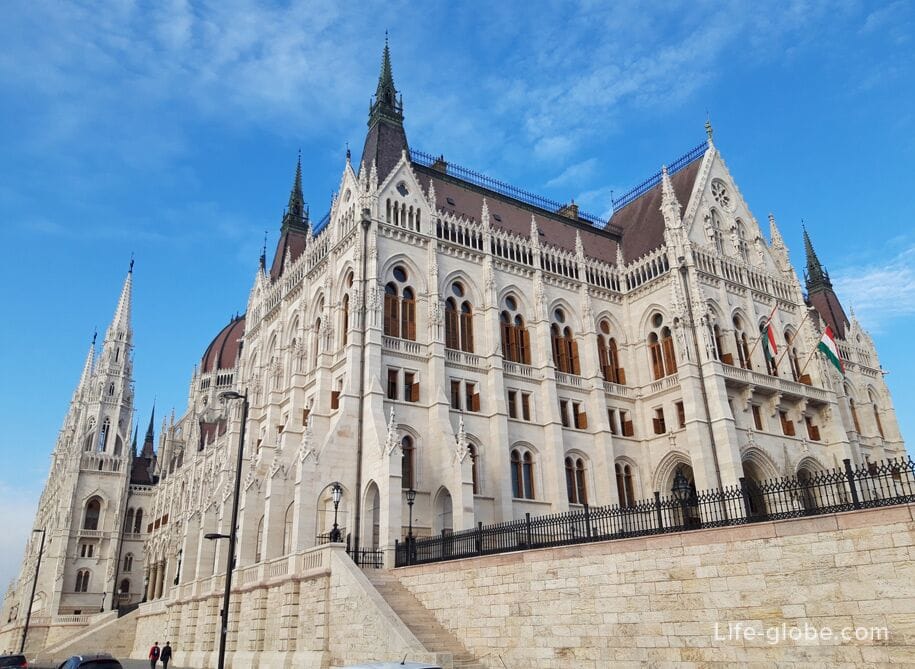 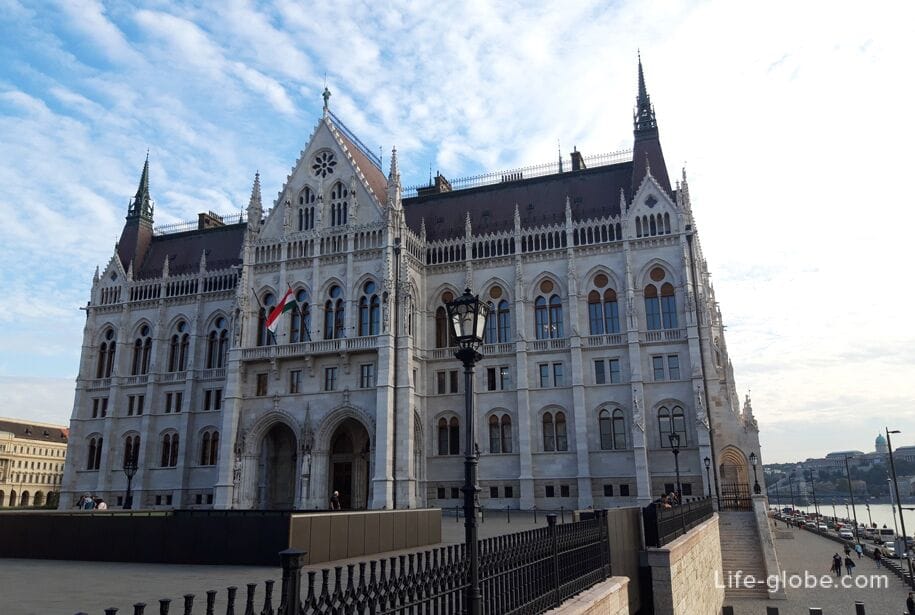 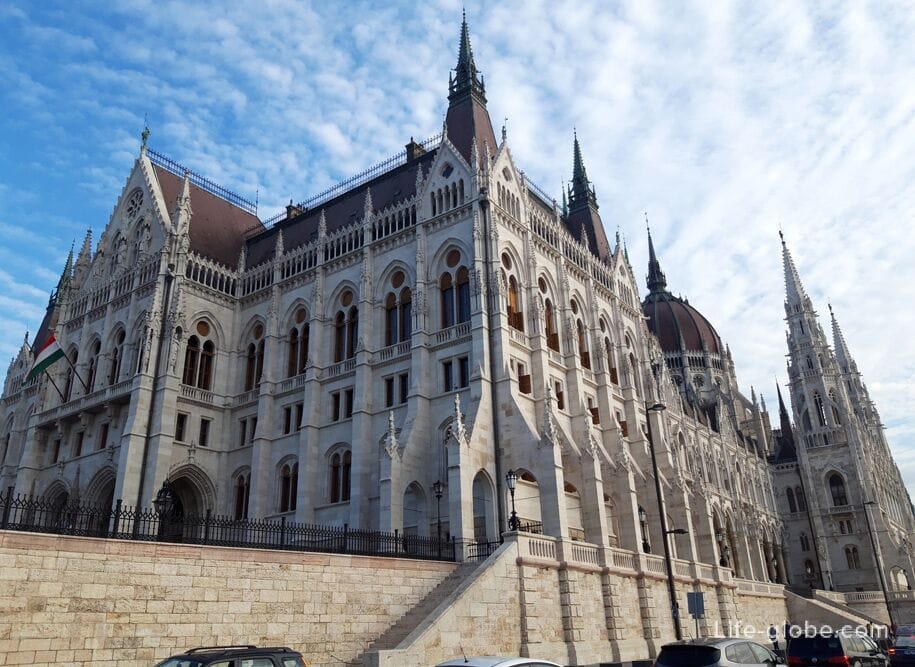 A particularly beautiful and voluminous view of the parliament building opens from the western side of the Danube (Buda), which is facilitated by the hilly terrain.

Perhaps the most exquisite view appears from the Fisherman's Bastion and the surrounding area. 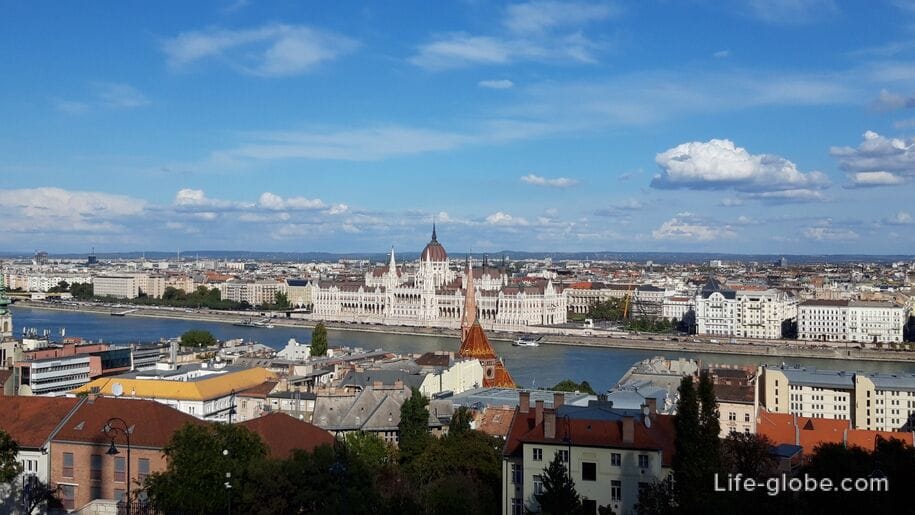 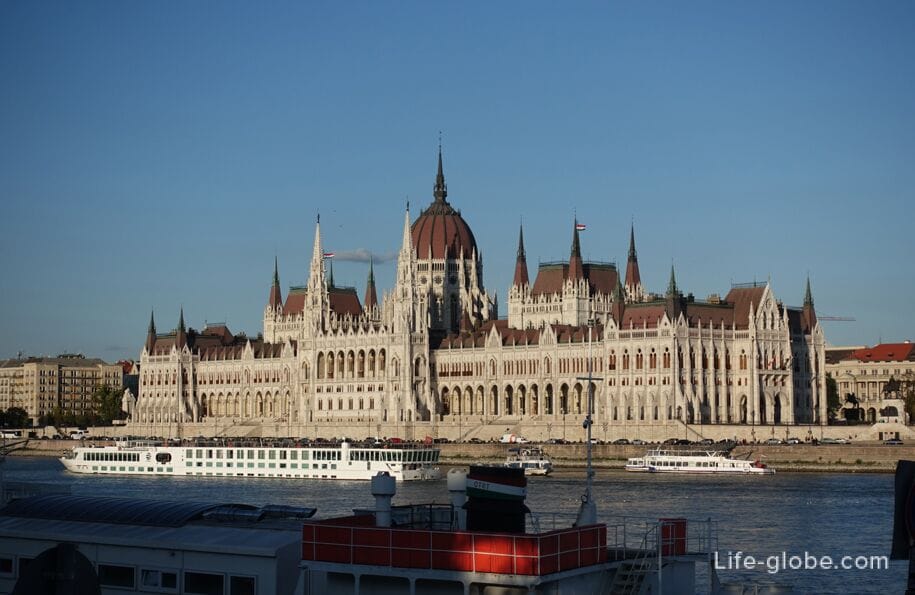 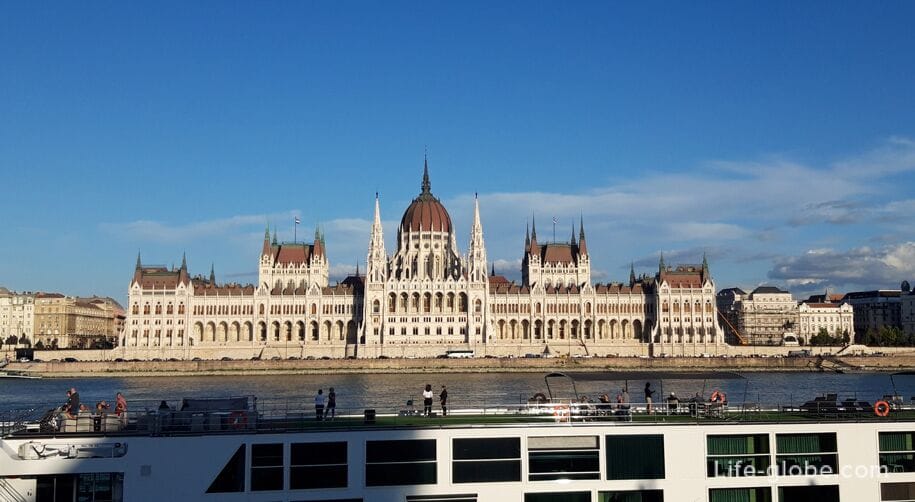 A good volumetric view of the building opens from Margaret bridge. 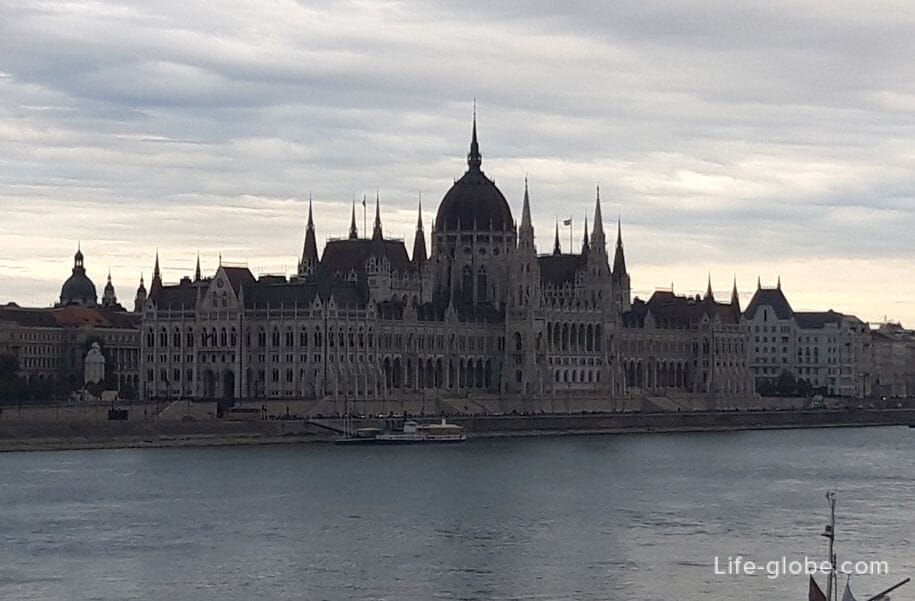 At night, the building of the Hungarian Parliament is illuminated by many lamps, which makes it even more attractive and stands out among other surrounding buildings. 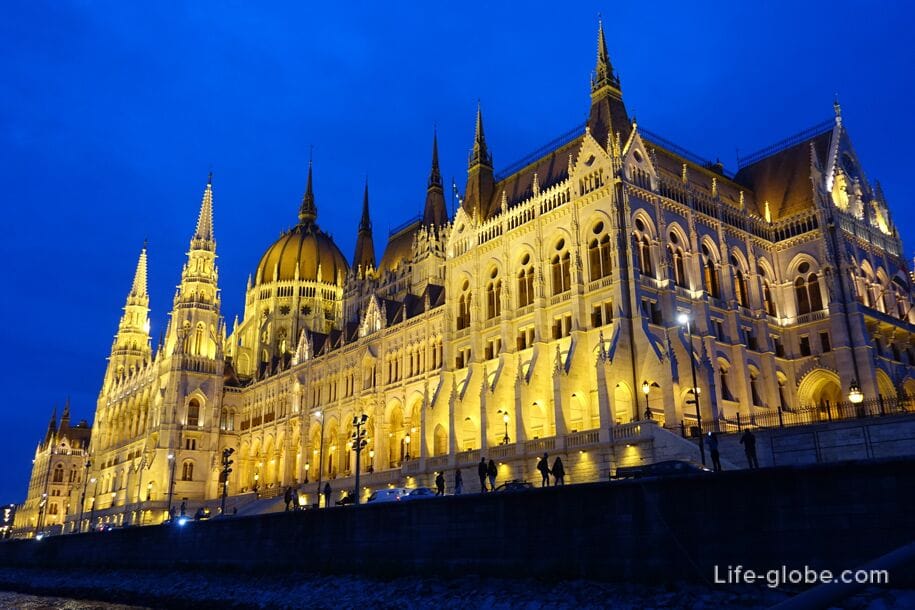 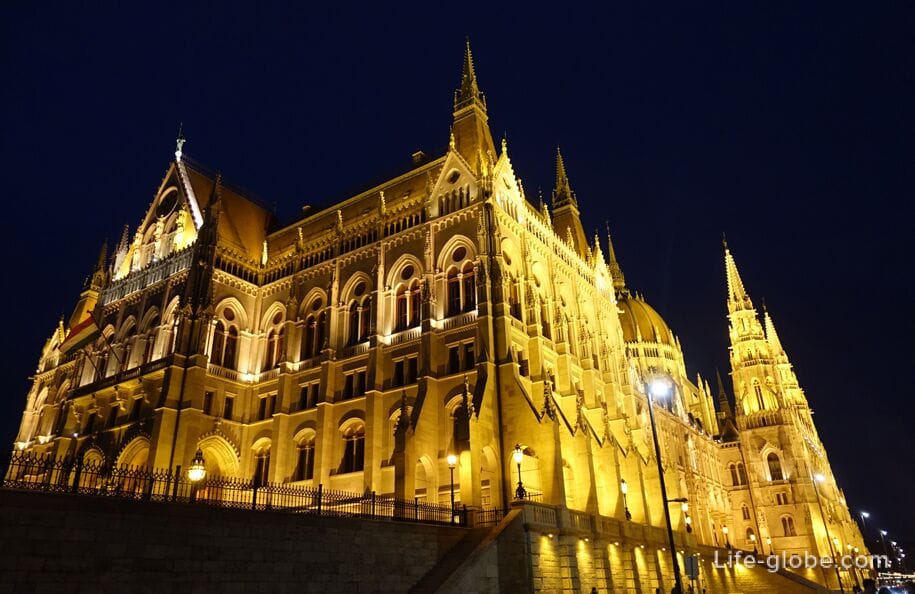 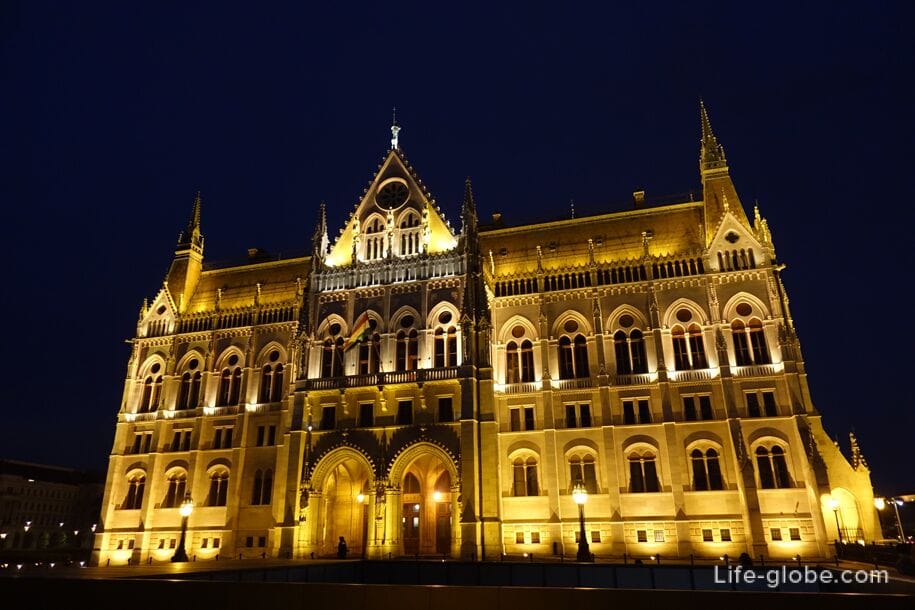 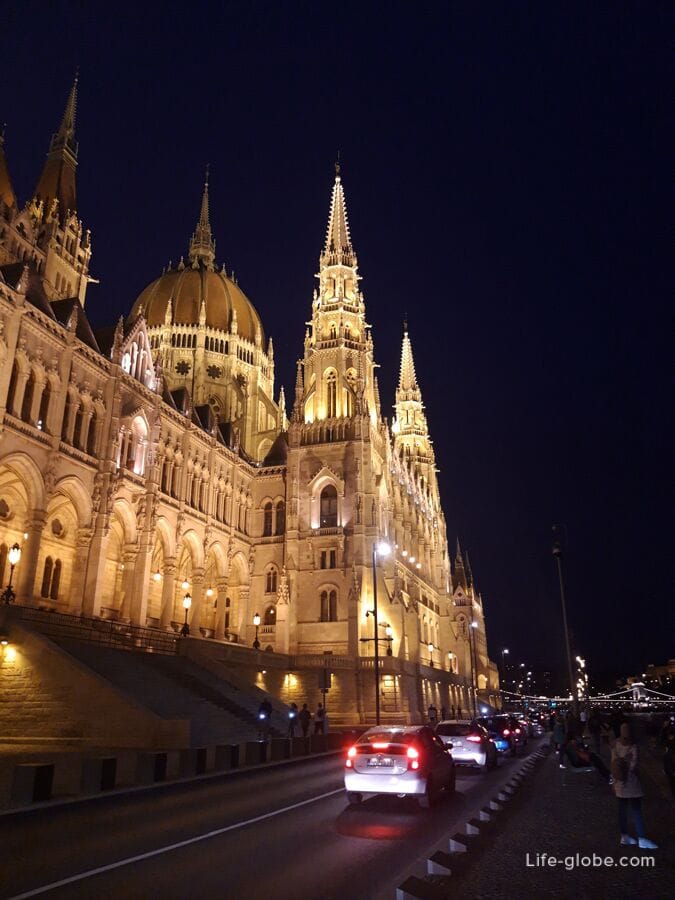 Visit to the Hungarian Parliament Building

Admire the Hungarian Parliament building can not just looking at the facades, but also to see the symbol of Budapest from the inside.

Every year the Parliament building is visited by hundred of thousands of visitors who become acquainted with it through organized tour groups, accompanied by multilingual qualified guides.

The entrance to the Parliament building for the purposes of excursions are possible from the square of Lajos Kossuth. Starting point for visits is the visitor center.

During the excursion the guests of the Parliament will visit and see: the Dome room; the Grand staircase with the red carpet; the main lobby; the old meeting room (meeting room of the Main house); 17 city staircase that leads to the most representative floor of the building - main floor; the urban corridor decorated with statues and colorful stained glass Windows with views of the Kossuth square.

Tickets to visit the Parliament building can be purchased online, while selecting the language in which the tour will be conducted. Watch excursions, the cost of tickets, itinerary and conditions are subject to change, therefore, clarify information and, if necessary, to purchase tickets, we recommend you the website: latogatokozpont.parlament.

Meeting room of the Main house 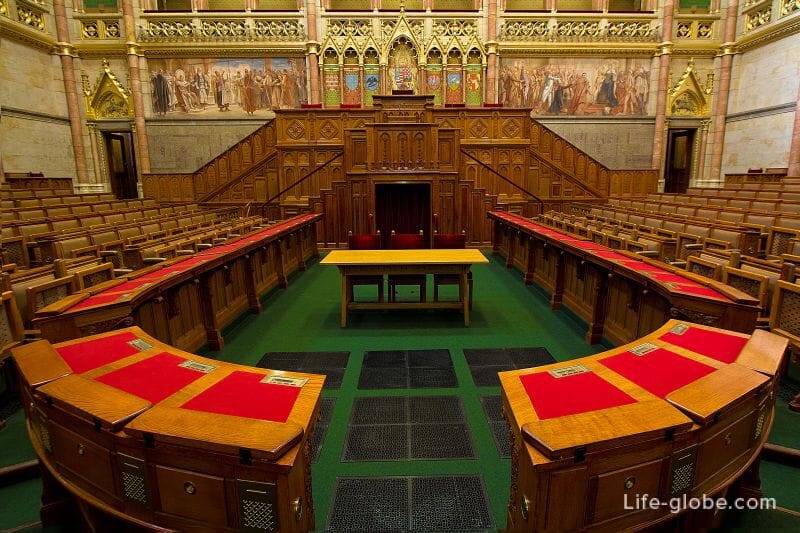 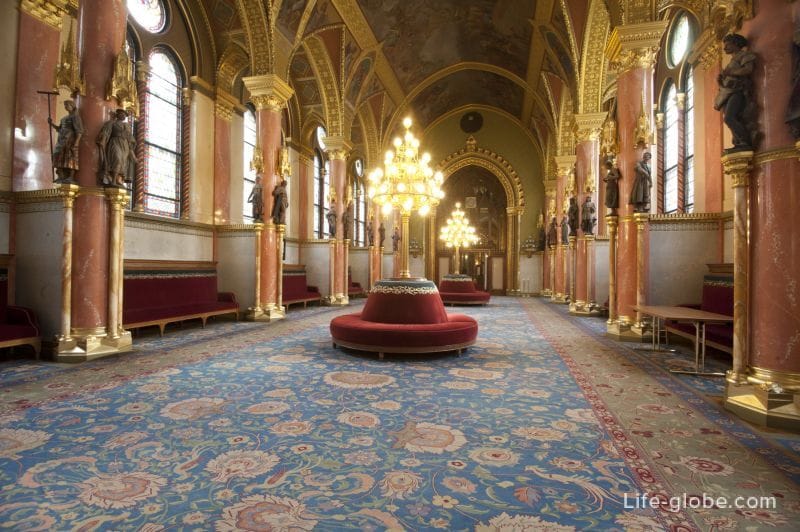 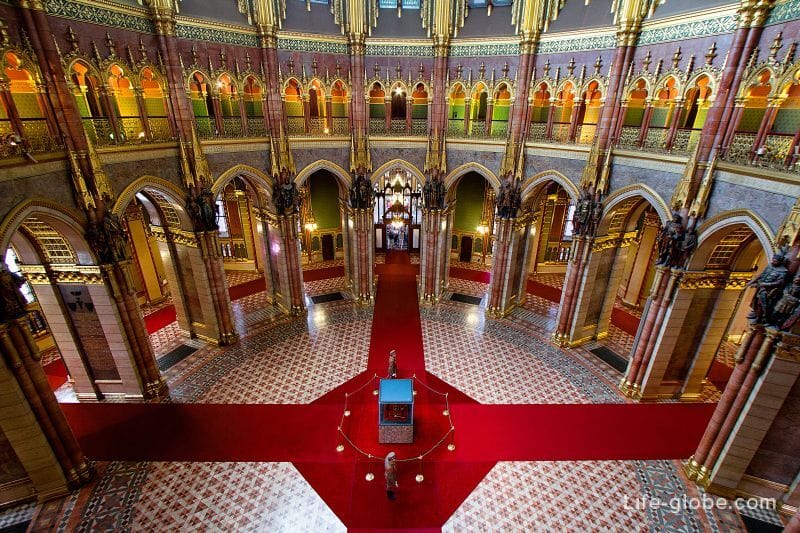 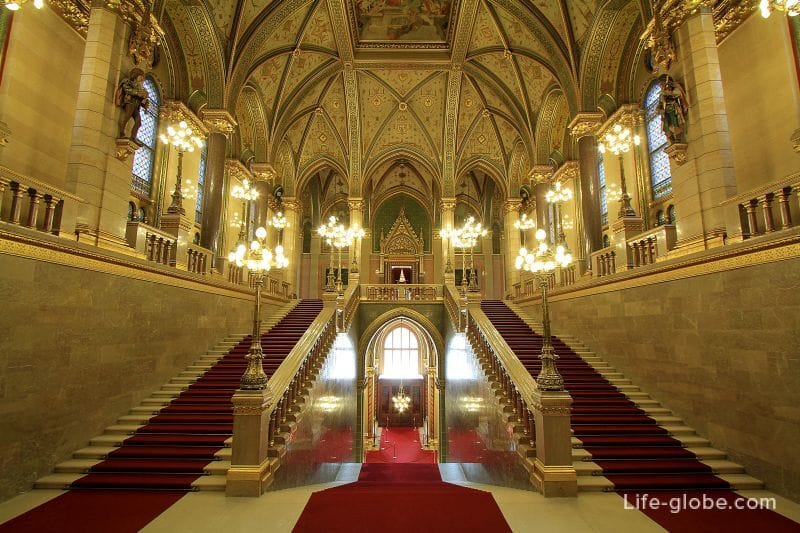 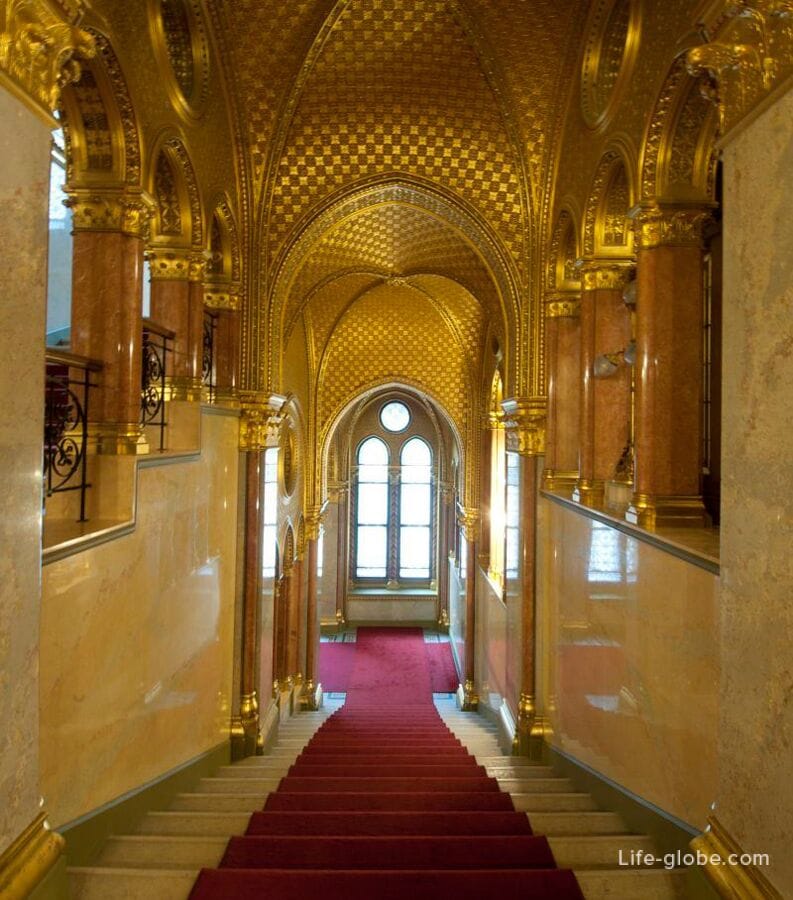 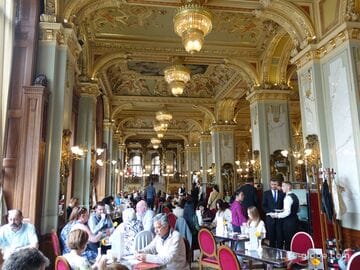 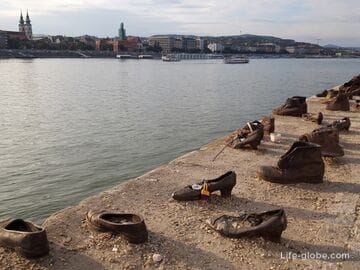 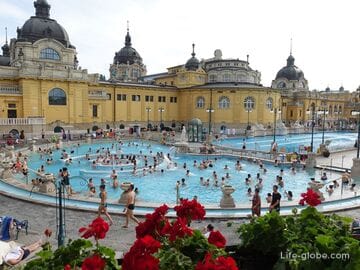