Monument to the victims of the Holocaust in Yantarny

The monument is designed to remind and never forget about the tragedy that became the last act of the Holocaust in East Prussia and occurred in January 1945, when about 7, according to other sources, about 3 thousand people were shot on the Baltic Sea coast.

At the end of January 1945, about 13,000 (according to other sources, about 6-7,000) prisoners from the ghettos and concentration camps of East Prussia, mostly women and girls of Jewish nationality, were driven to Palmniken (today's village of Yantarny), exhausted and practically without clothes. It was a "Death March" during which many prisoners collapsed or tried to escape - and they were killed on the spot.

Those who reached the seashore were placed in the factory locksmith shop of the amber manufactory. Then they were shot two by two behind the sheds, and on the night of January 31 to February 1, 1945, the remaining prisoners were taken to the shore of the Baltic Sea, near the Anna mine (the exact location is unknown) and shot, while driving people who were in fear and despair into icy sea waters.

Only a few people managed to survive in this ominously horrific bloodshed - approximately from 13 to 30 people. Some of them managed to hide in the front gardens of residential buildings while fleeing, others miraculously swam ashore, and they crawled, unable to get up, towards the village to find shelter, but most residents did not want to let them in, fearing reprisals.

In the early 1960s, the remains of a large number of people were found in a vacant lot near Yantarny. Then they decided that these were Soviet soldiers who had fallen in battle. A memorial sign with the inscription "Eternal glory to the heroes" was installed at the burial site.

In 1994, Martin Bergau's book "The Boy from the Amber Coast" was published. The author, a former resident of the village and a witness of those events, described in detail the incidents of January 1945. The work created a sensation in Germany.

The monument to the victims of the Holocaust is set on a two-tiered base, carved from granite, seven-meter-high three arms raised to the sky, on which are the numbers of concentration camp prisoners.

The sculpture, with a total height of about 10 meters, was built at the expense of Kaliningrad businessman Vladimir Katsman.

The authors of the monument are sculptors Frank Meisler and Arie Ovadia. "They are pulling their hands up out of the water in search of salvation, help, which did not come at that moment," explains Frank Meisler's plan. 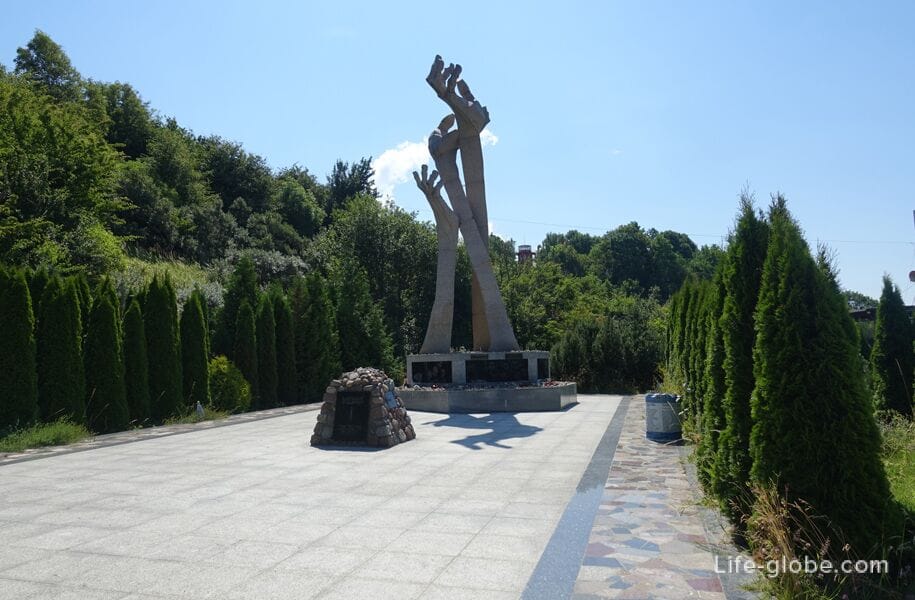 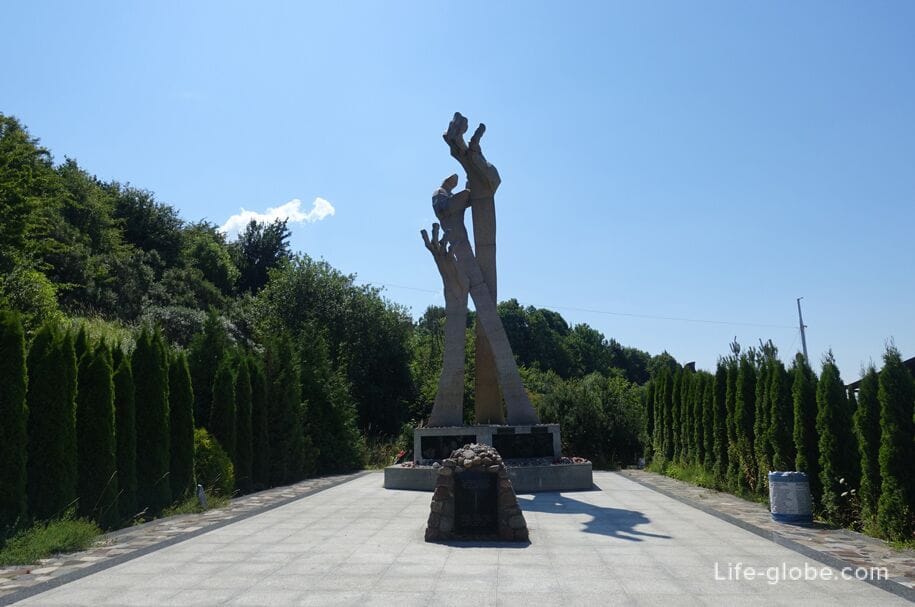 On the second tier of the base of the monument there are images of "victims" and plaques with the inscription "Monument to the victims of the death march near Konigsberg 1945". 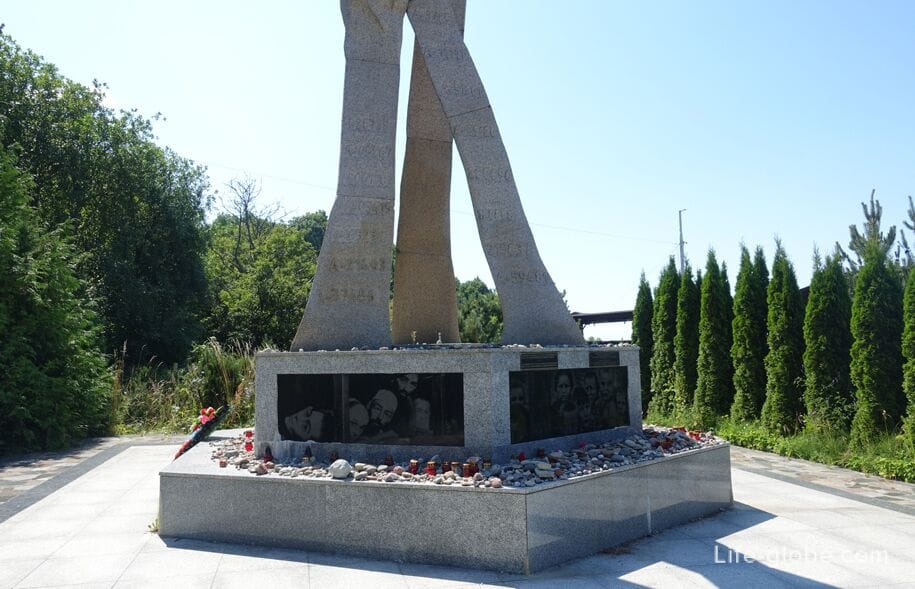 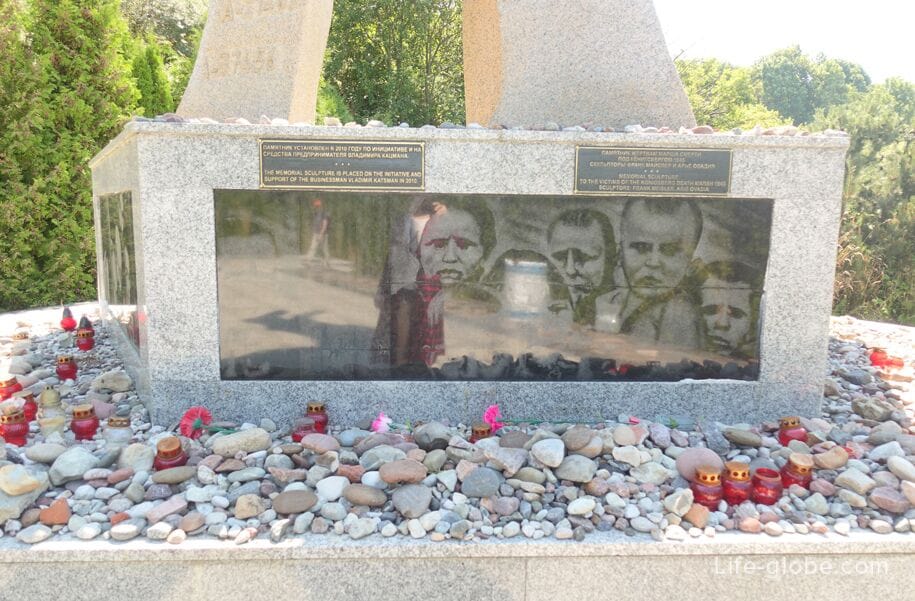 A little to the north of the monument there is a memorial sign - a small pyramid installed earlier than the main monument. The pyramid is made of field stones, on which is a memorial plaque with the inscription: "In memory of the 7000 victims of the Holocaust killed by the Nazis on January 31, 1945 ..." and a plaque: "The memorial was installed at the expense of the Jewish Community of Kaliningrad ...". 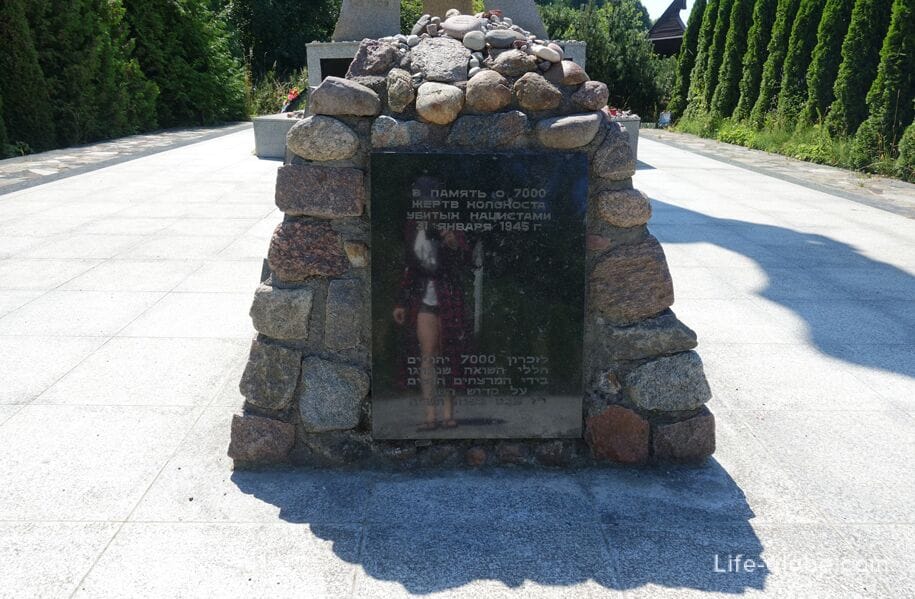 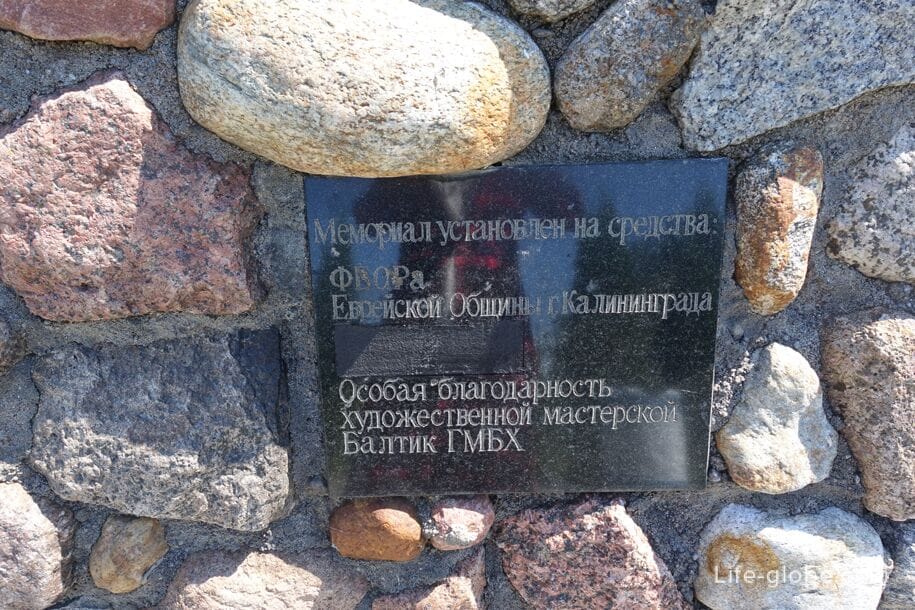 Above the monument are the remains of the retaining wall of the mine "Anna", above which there is an observation deck "Mine Anna". Passage to the site along the path from Sovetskaya Street. 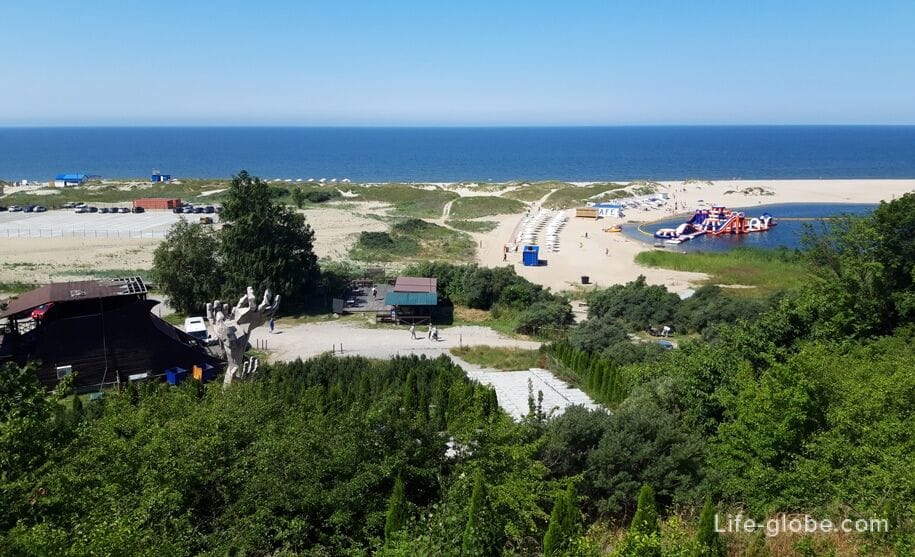 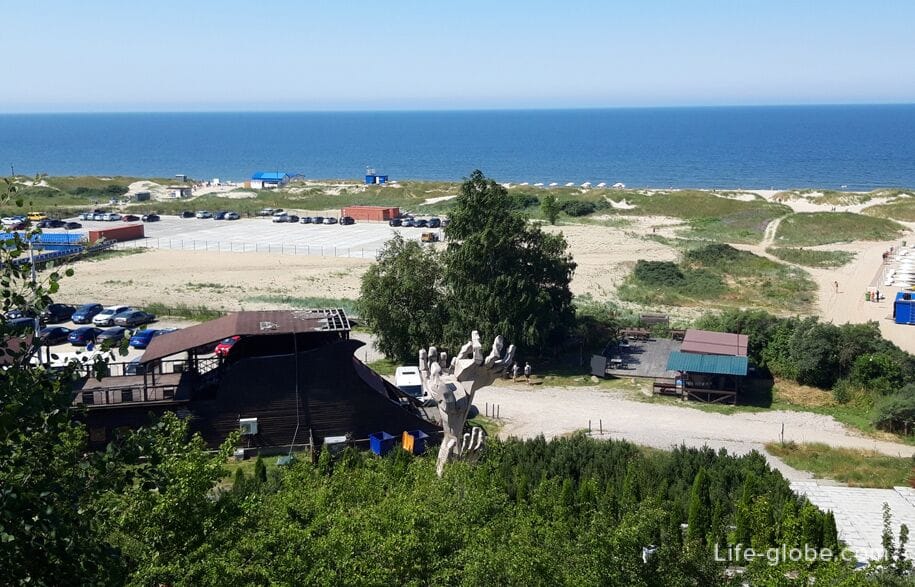 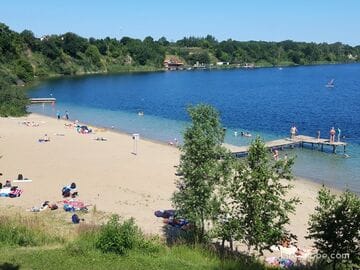 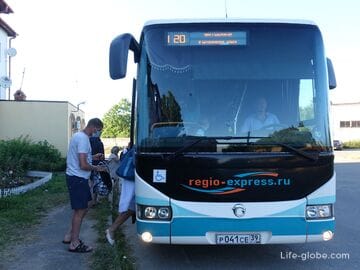 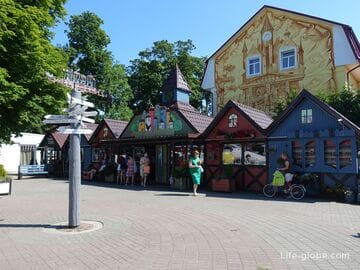