This area attracts the attention of some of the attractions located on the square itself, and close itself, but also the lively atmosphere, and partly the relaxed life of the Spanish island cities.

Area in this location with current name was documented in the 14th century and probably so called during the first years of the conquest and during the reign of Muslims on the island.

The name of the square is due to the fact that the city market was here in the days of the Moors. In 1302 by the privilege of king James II, the square was officially opened market, held every Saturday until the 19th century. In 1868 the market was moved to Major square (Plaza Mayor), where he is held on Saturdays, until 1951, when it was built the Olivar market (Mercat de l'olivar, literally - the market for Olive groves), which still exists today.

Today the Market square in Palma is a small open space with Seating and trees that provide shade and coolness on hot summer days.

Around the square are historic buildings. There is a cafe with tables under the open sky. 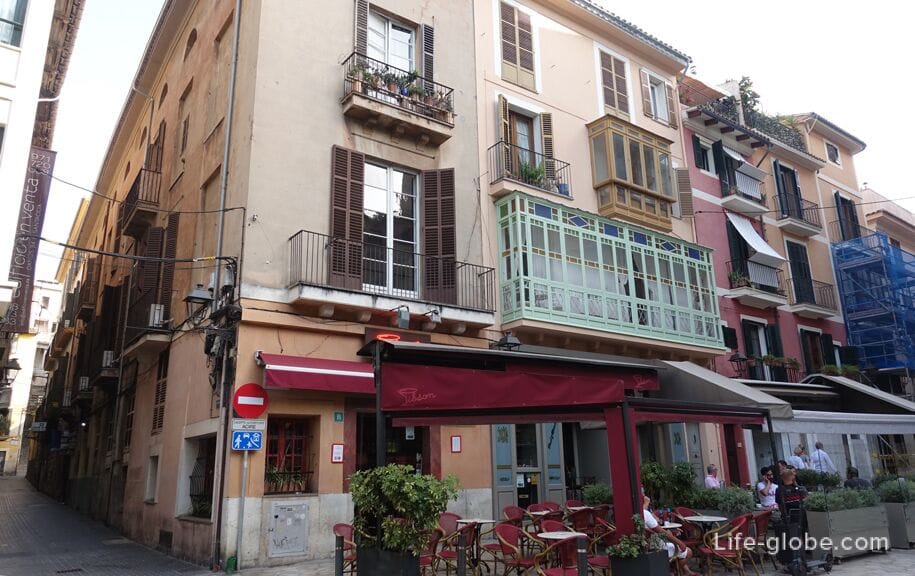 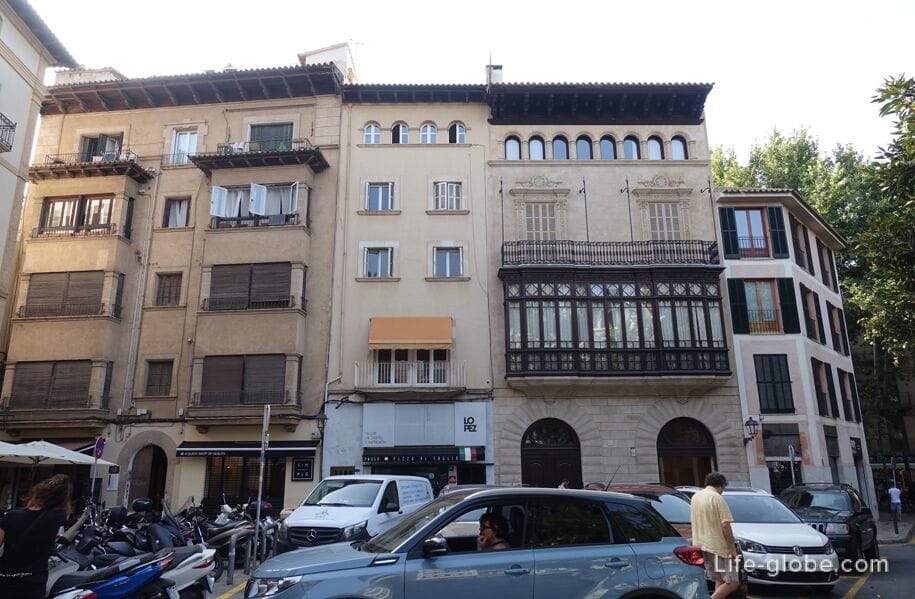 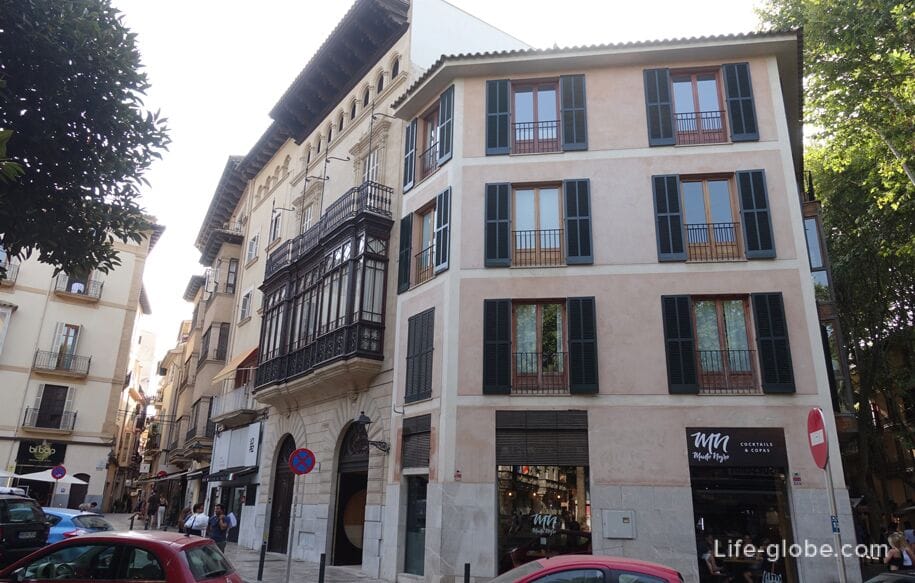 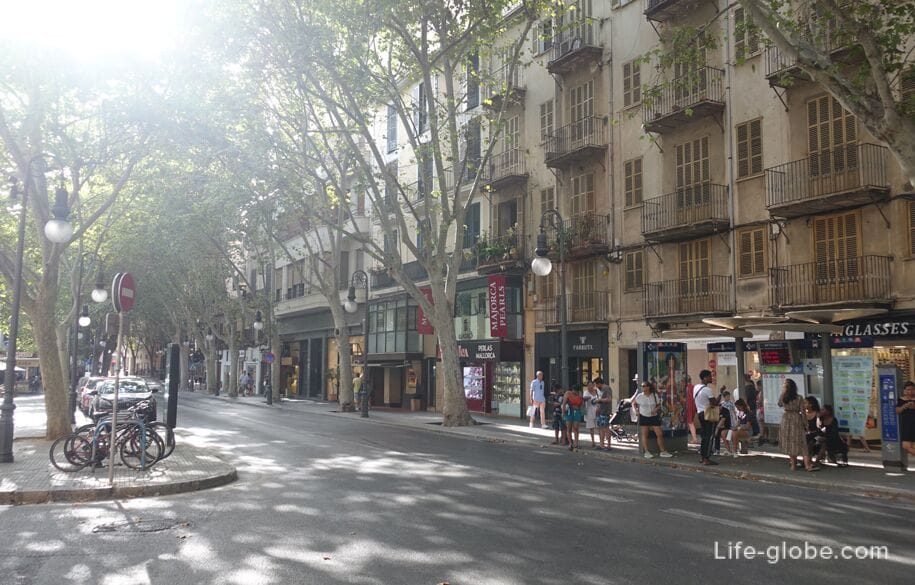 Square attractions the Mercat in Palma

The center of the square is decorated by a sculpture erected in the honor of Antonio Maura and Montaner (1853-1925), was President of the Spanish government. 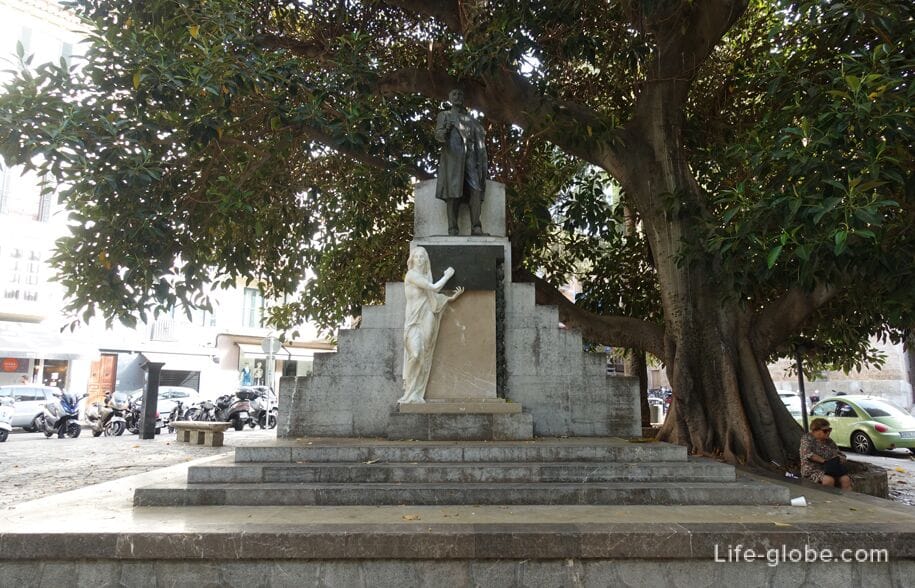 The Church of St. Nicholas

Between 1309 and 1349 years was built a new temple which was subsequently restored and reconstructed.

The exterior of the Church is particularly attractive tall bell tower with a hexagonal layout.

This single-nave Church with side chapels and has a vaulted ceiling with lunettes.

The main altar is decorated with Gothic paintings of the 15th century, depicting St. Nicholas. Read more about Church of St. Nicholas... 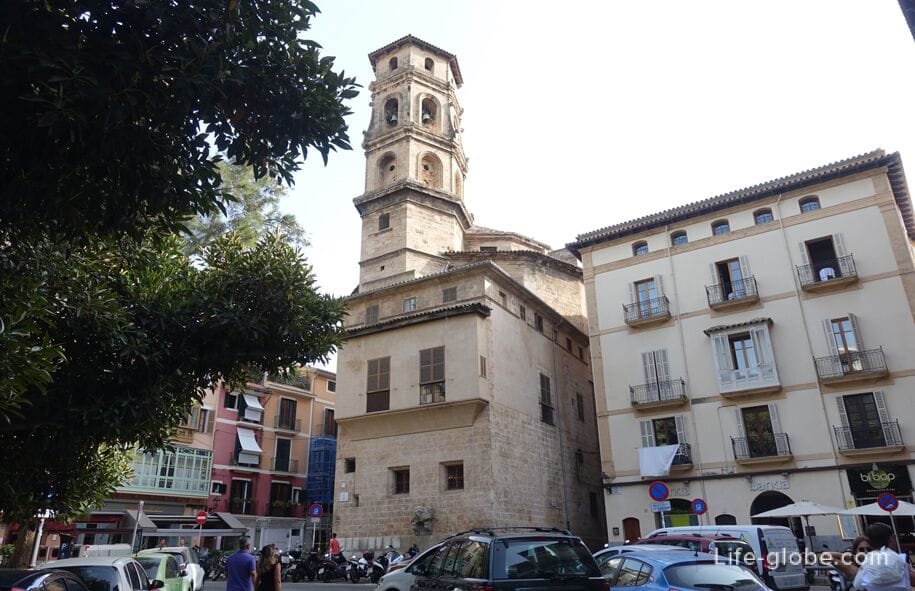 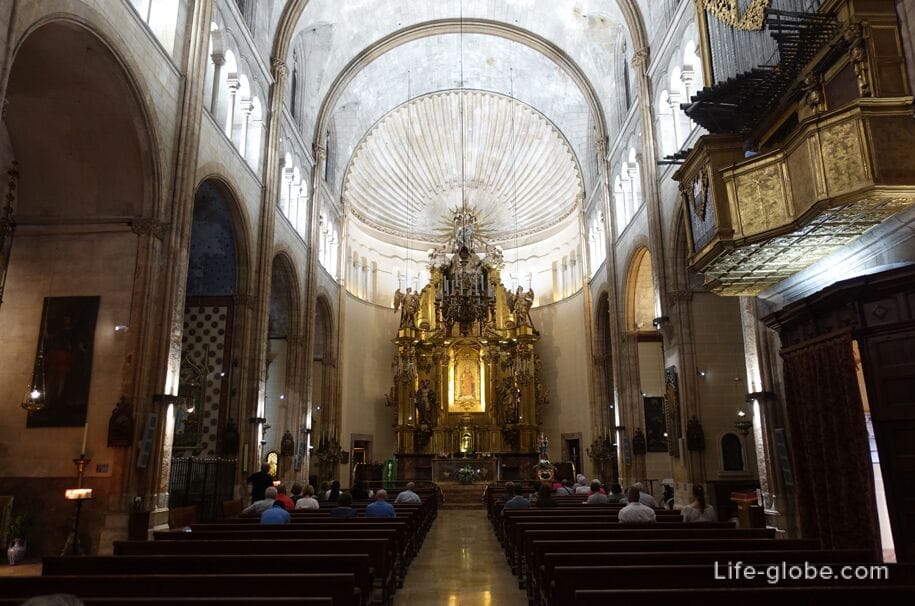 The two looks almost identical buildings: house Casasayas (Can Casasayas / Edifici Casasayas) and the building Menorquina (Pensión Menorquina), which can also be known as "the twin buildings" was erected in 1908-1911 years.

The building is notable for the undulating forms of the facades, the parabolic arches of Windows and doorways. The first floor is commercial premises.

The addresses of the buildings are "twins": Placa del Mercat, 13-14. They are separated by a street Santacilia (Costa de Can Santacilia). 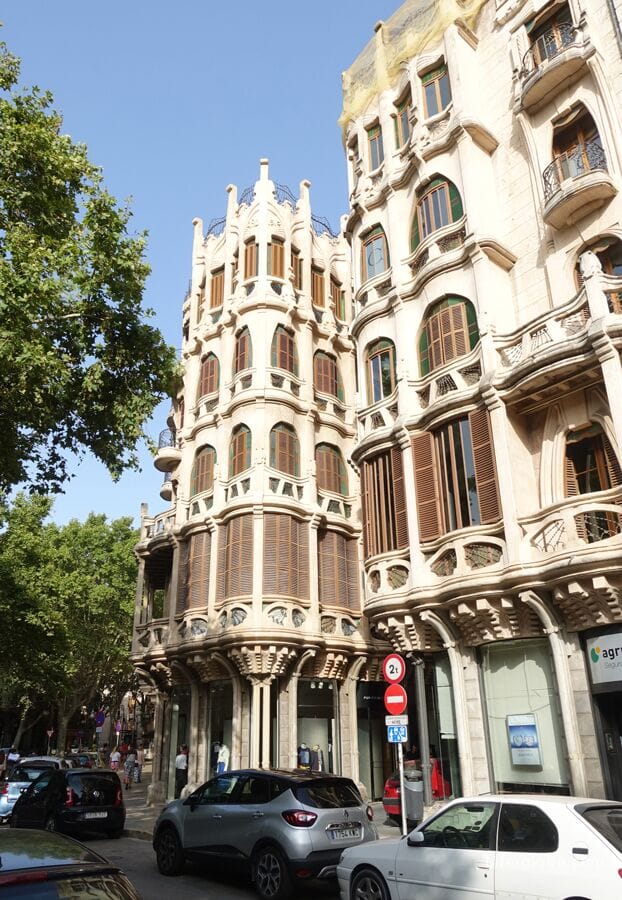 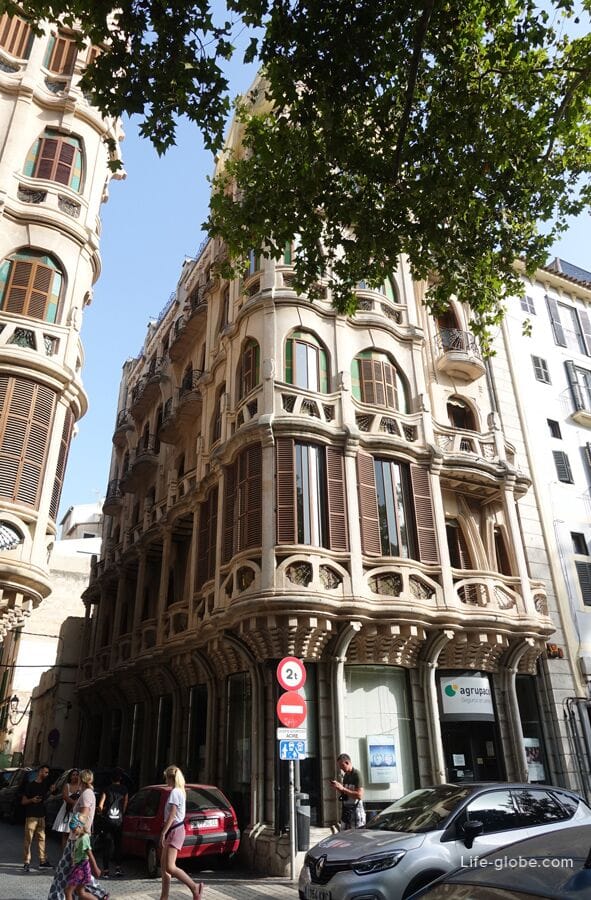 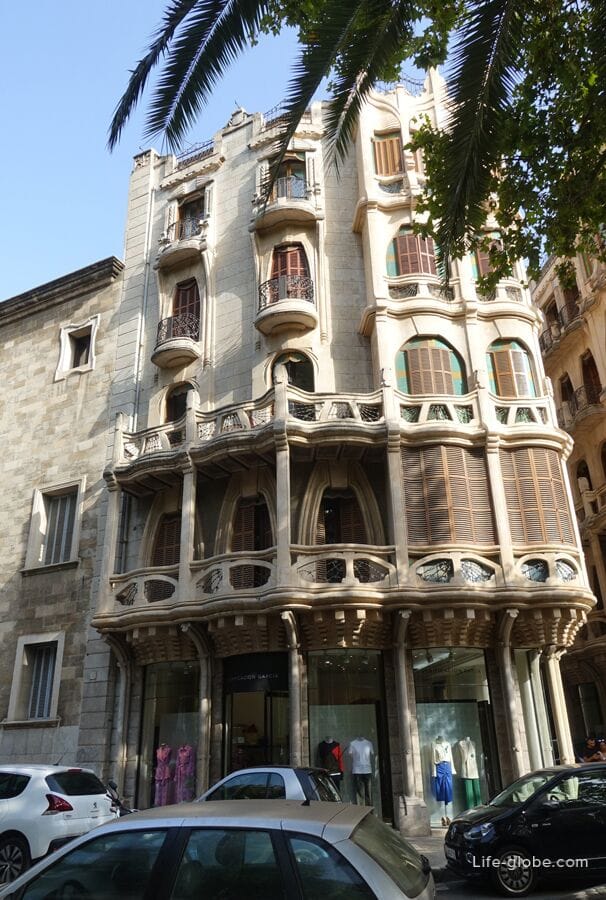 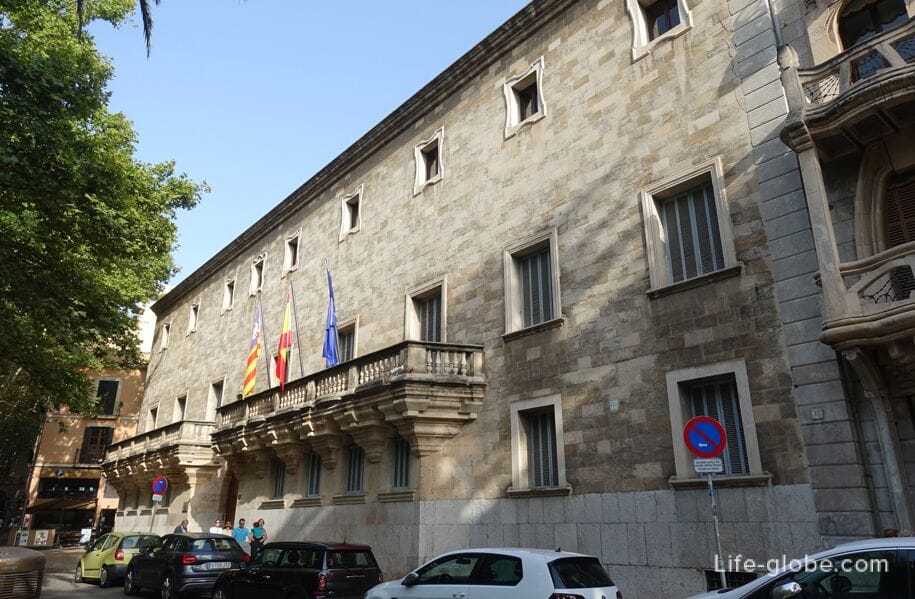 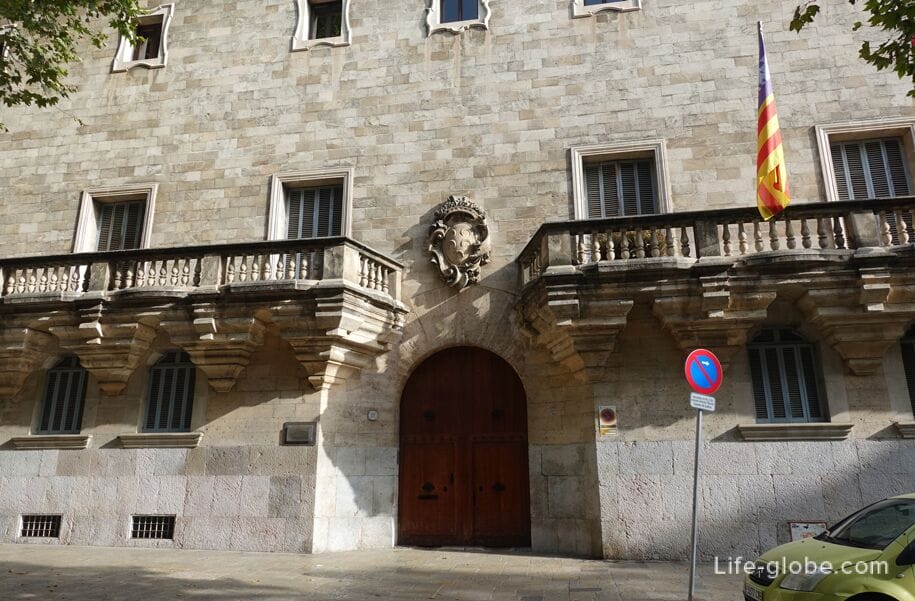 Where to stay near Market square in Palma

4-star boutique hotel ICON Roseto by Petit Palace, located in a historic building that was once a monastery.

The hotel: small pool with a rooftop terrace overlooking the city, courtyard with a garden and a bar, free Wi-Fi and front Desk.

The rooms are decorated in a modern Balearic style, with wooden beams. Features of an iPad, coffee maker and a bathroom with a shower and free toiletries.

Room rates may include Breakfast. Link to the boutique hotel

In rooms: air conditioning, wardrobe, flat-screen TV and a private bathroom. Link to the boutique hotel 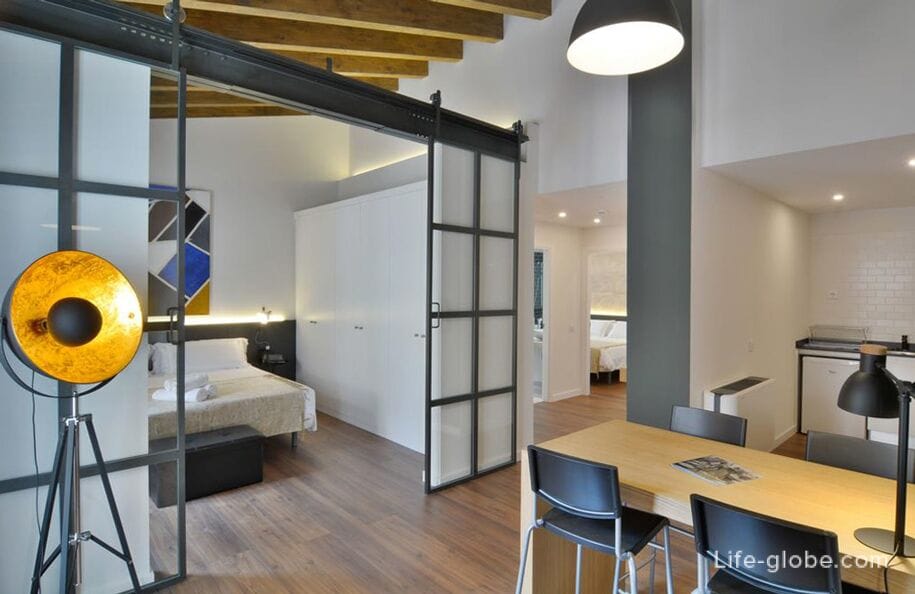 The 4-star Brondo Architect hotel consisting of 3 buildings, two of which equipped with an Elevator.

The hotel: the rooms and suites, a rooftop terrace, restaurant, bar, free Wi-Fi, a tour Desk and a fitness centre with a personal trainer and relaxation program.

The suites and Premium rooms come with a private terrace. 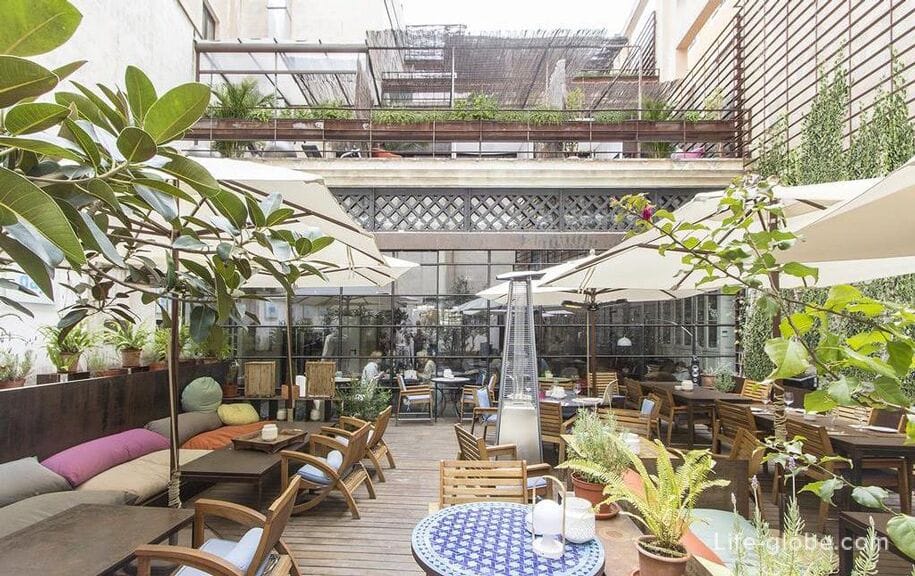 All accommodation in Palma, including near the Market square and the historic centre of the city as a whole, it is possible to look and book here 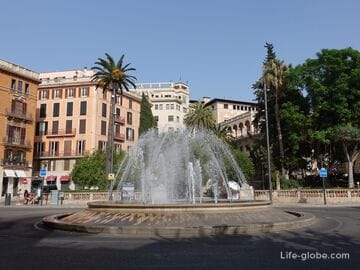 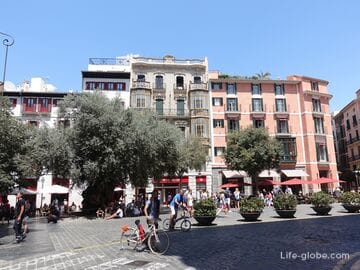 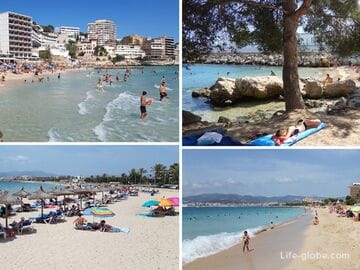