How to get to Soller and Port de Soller: train, buses, tram, taxi, car (from Palma, the airport, cities and resorts of Mallorca)

Sóller (Soller) is a city located in the North-West of the island of Mallorca.

Port de Soller is a resort area and the port of sóller, located in the North-Western coast of Mallorca, at a distance of slightly more than 4 kilometres from the centre of Soller.

Currently the historical centre of Soller and Port de Soller are a single tourist and sought after areas of Mallorca, in a hurry to visit that many visitors to the island.

How to get to Soller and Port de Soller

From the airport of Mallorca

On the island of Majorca (Mallorca) is one international airport Palma de Mallorca (Aeroport de Palma), located in the southwestern part of the island, 34-38 kilometers from Soller and 36-41 km from Port de sóller.

To get from Majorca airport to sóller and Port de Sóller you can:

To get from the airport of Mallorca Soller and Port de Soller is more convenient and faster than a taxi. Book a taxi/Shuttle service is possible in advance, even from home. At any time of the day at the airport you will meet your driver with a sign, which will be written your name and surname. For taxi is enough to tell us your flight details!

If you plan to travel to Mallorca, then the ideal option would be to rent a car. To choose and order a car in advance, at the appointed time, your car will be waiting for you outside the airport. To select and order a car here...

Direct public transport from the airport to sóller and Port de sóller is not serviced. You can get there with transfers, through the centre of Palma, a resort town of El Arenal and CA'n Picafort, Alcudia, Port de Pollença, Costa dels pins, etc.

How to get from Majorca airport in the towns and resorts of the island, you go here.

From the island's capital, Palma to sóller and Port de sóller can be reached:

The railway line Palma - Soller is characterized by, among other things, narrow-gauge railway with a gauge of 914 mm. And an authentic train, which at present is itself one of the main attractions of Mallorca.

The train passes and stops in Bunyola (Bunyola).

In Palma, the train departs (and arrives) from the train station of Ferrocarril de Soller, located at Carrer d Eusebi Estada, 1.

In Soller the train arrives (and departs) to the station of the Ferrocarril de Soller, located in the square of Spain (Plaça d'espanya).

The timetable of trains depends on the season. The fare one-way is 18 euros, round trip - 25 euros. Tickets can be purchased at the railway stations.

Photo of the train Palma-Soller 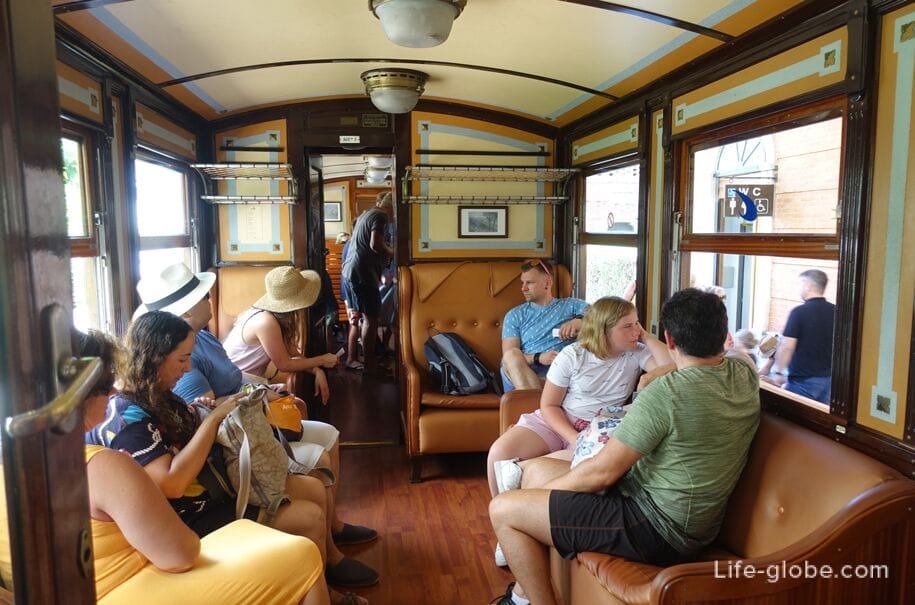 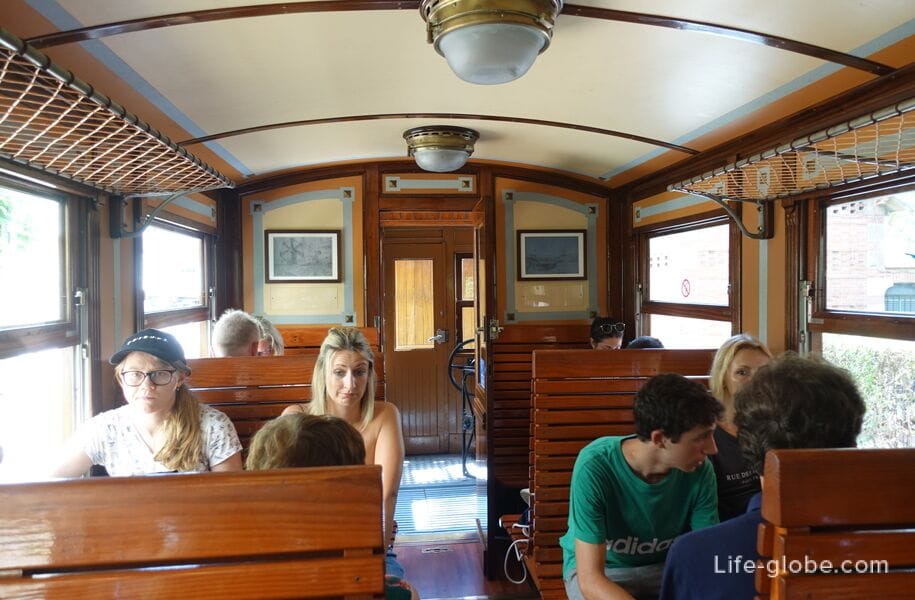 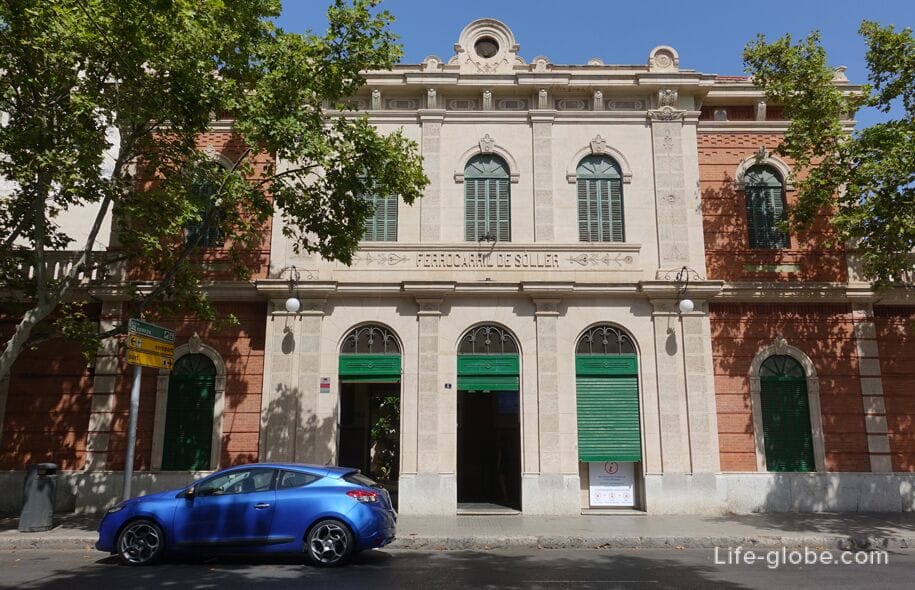 Photo of the station in Soller 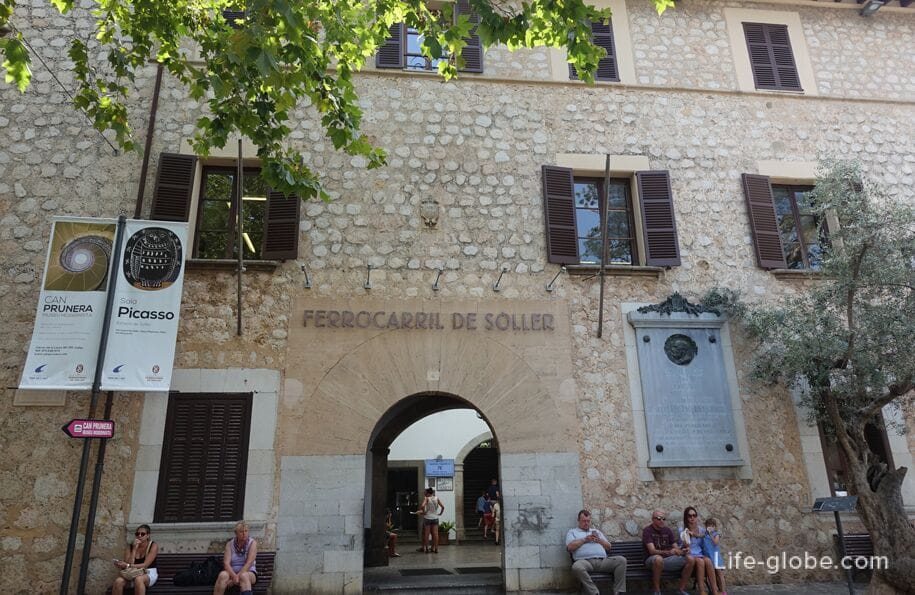 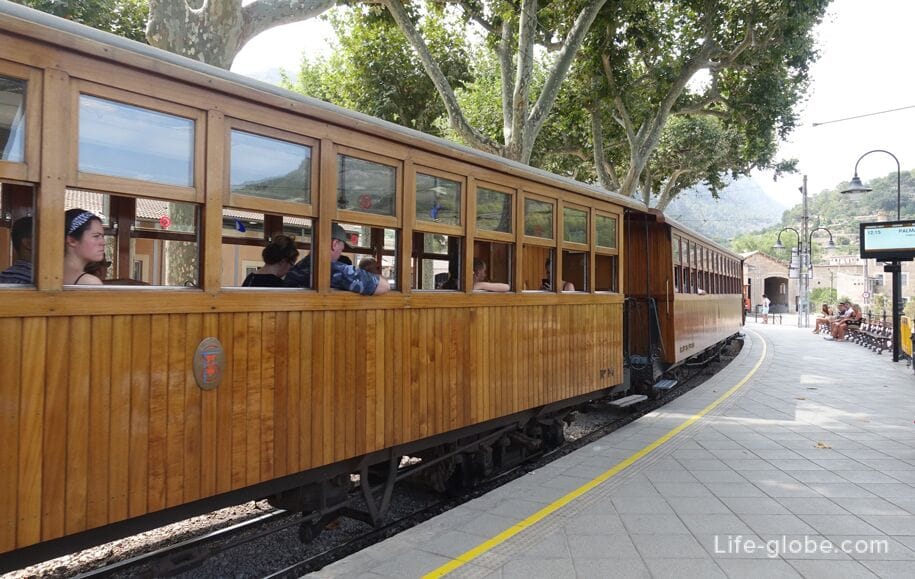 From Soller to Port de Soller can be reached by the historic tramacet without Windows and doors.

On 4 October 1913 was inaugurated the first electric tram in Mallorca between Soller and Port de Soller.

Soller tram road began to be built after the opening of the railway line from Palma to Soller. Originally the car had its own power station, which was located in the station of Soller.

The tram runs between the centre of Soller and Port de Soller. In Port de Soller, the tram passes and stops directly outside the beach area and the port, along the main promenade of the resort. 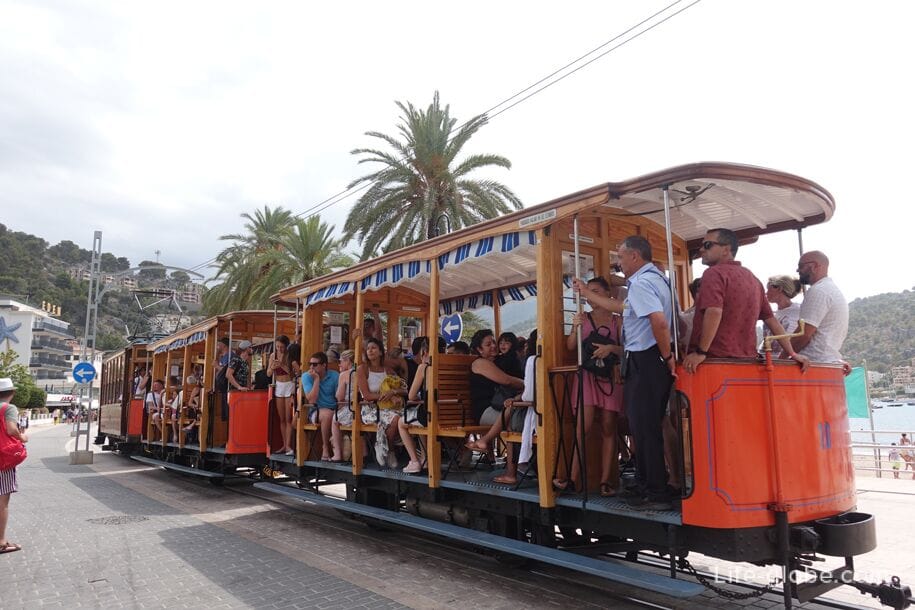 Attention! The exact schedule of the train Palma-Soller-Palma and the ticket price can be found at the official website of the company Tren de Soller.

All the buses plying in the Port de Soller, passing and staying in Soller. Tickets can be purchased from the driver when entering the bus.

Attention! The cost of the roads and routes of the buses can vary, please specify the information, including the bus schedule, immediately before the trip on the website of the carrier.

In Palma, the buses stop at the bus station (Bus Terminal), located underground, on the square of Spain (Plaça d'espanya). To go down the escalators from the main entrance or the elevators located behind the bus station in Parque Infantil.

In Port de Soller busses arrive (and depart) at the stop located on the ring, 450 metres from the beach and port. The stop code: 61027. 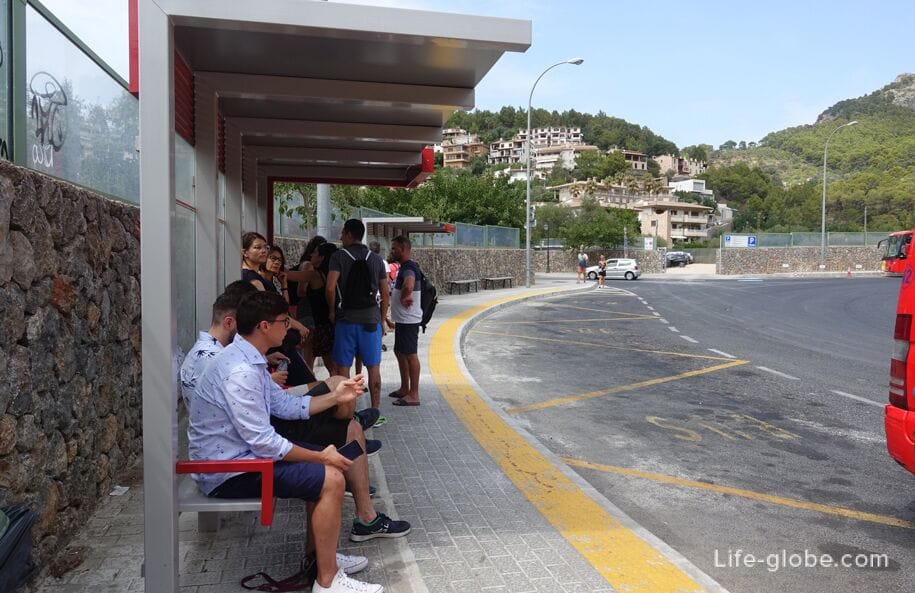 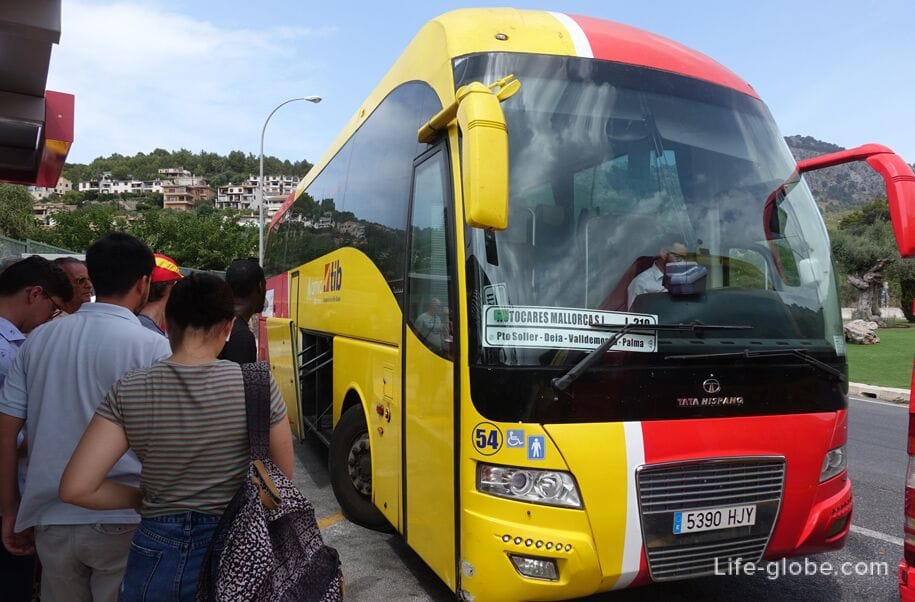