You can find the Royal gardens near the promenade Paseo Maritimo, the port and Palma Cathedral, between the Almudaina Palace and the Avenue Antoni Maura (Av. d'antoni Maura).

The gardens, originally medieval in origin, was part of the Royal Palace Almudaina, which were planted fruit trees, vegetables, medicinal and ornamental plants. For this reason, the gardens also called the orchard of the Royal Palace or orchard of the king. The gardens were surrounded by a high wall and the Cavalry closed the quarter on the sea side and the North side, a house gardener.

In 1834, the wall around the garden was replaced by a wooden fence, which in 1882 was replaced by an iron fence. In the early twentieth century, the orchard is disappearing and in its place was built the Lyric theatre (1902), La Alhambra (1918), and also other buildings: a Barber shop, a photography shop, a bike shop, etc.

Since the second half of the 20th century, it was decided to reform the inner portion of the Palms to restore the historic sections of the city, with the aim of preserving the architectural heritage of the oldest part of Palma. Since 1966, began the demolition of buildings standing on the site of the Royal gardens and the restoration of the gardens themselves.

At present, the Royal gardens are a small public space - a green, shaded area with fountains, sculptures, lush vegetation and places to stay. On the East side of the garden everything is also adjacent to the Almudaina Palace, on the South side smoothly flows into the Marine Park, which is one of the largest and most beautiful urban parks of Palma and the North - adjacent to the Royal square (Placa de la Reina). 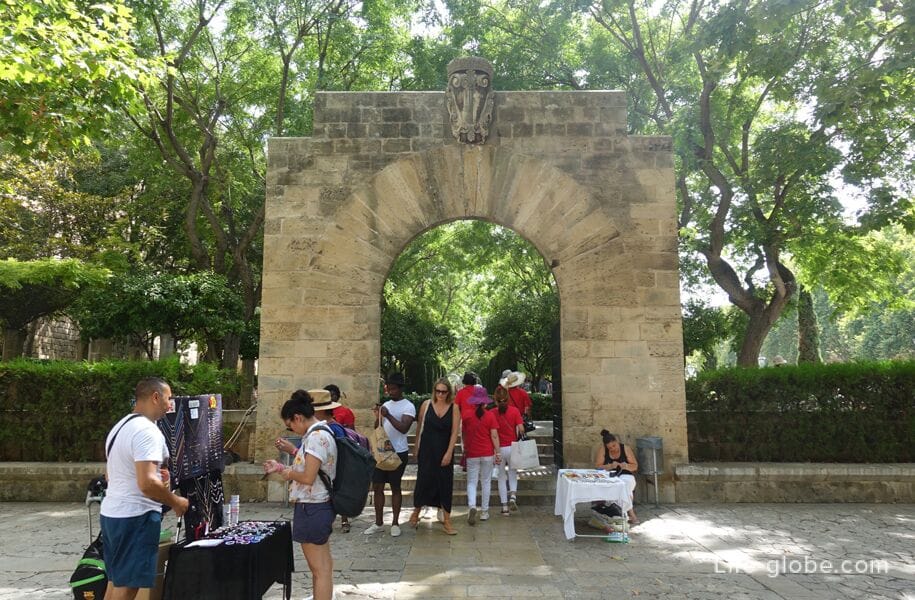 The Central place in the Parque del Rey is the Arabian-style fountains and pergola. 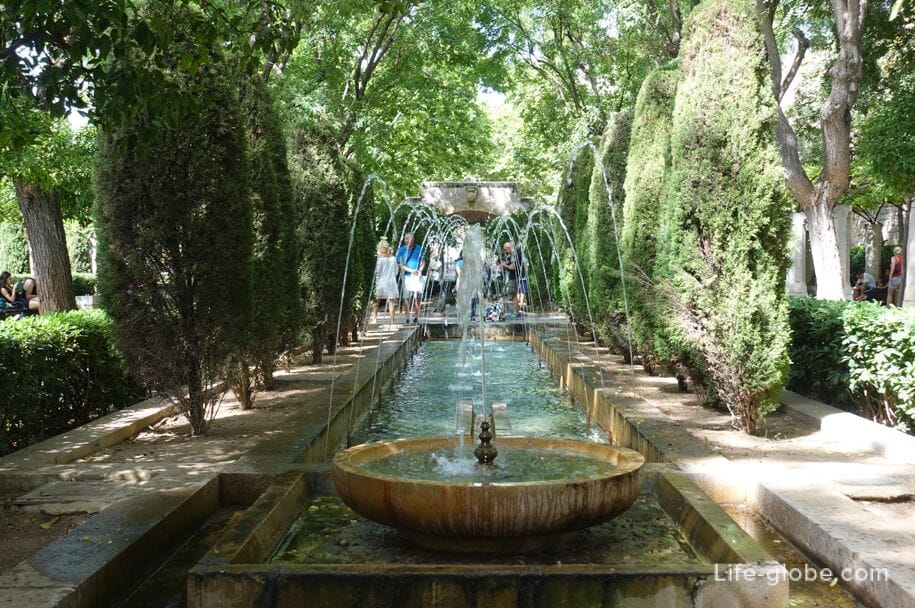 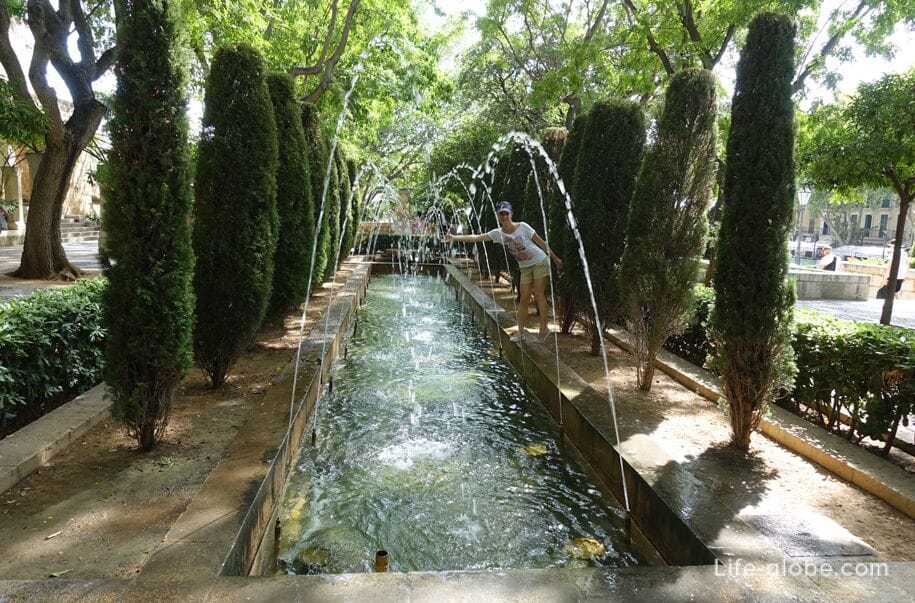 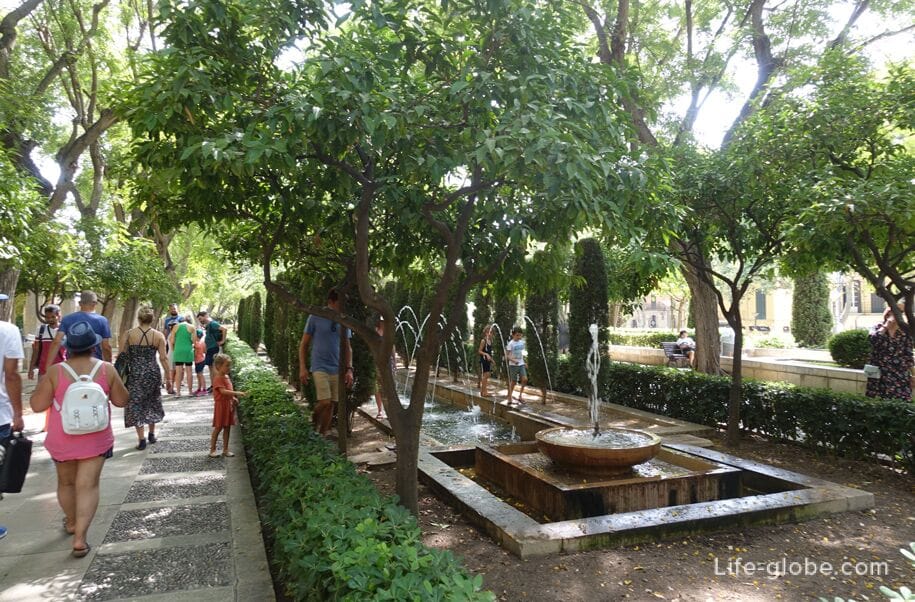 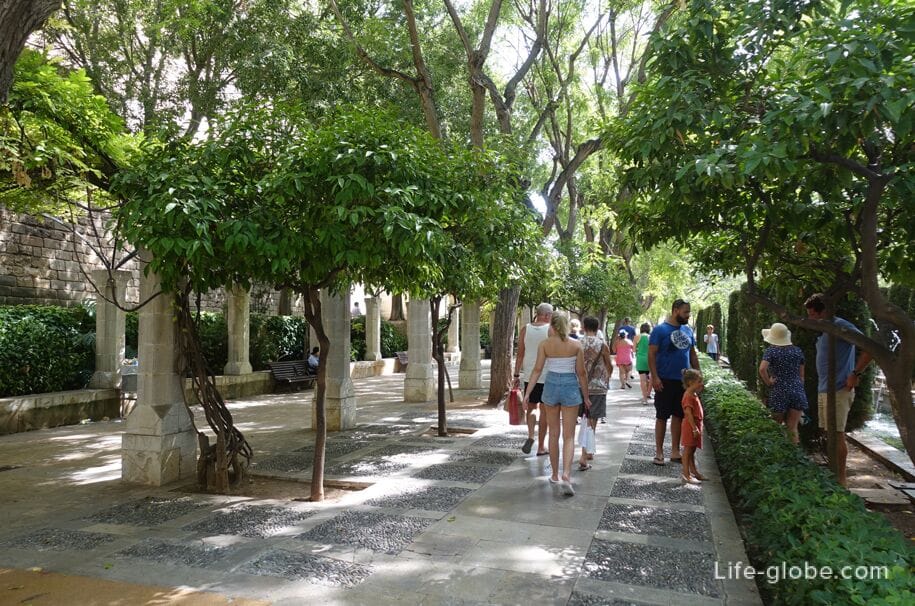 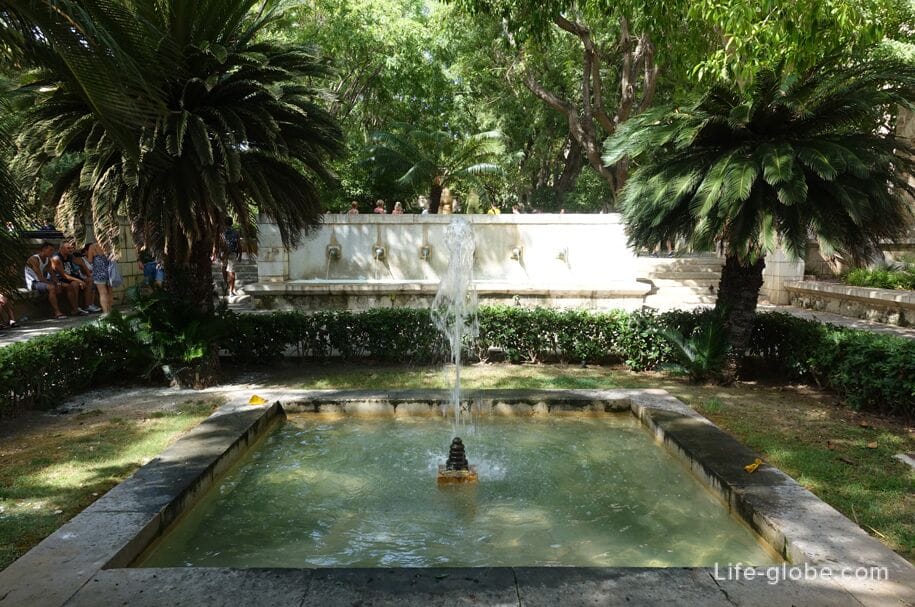 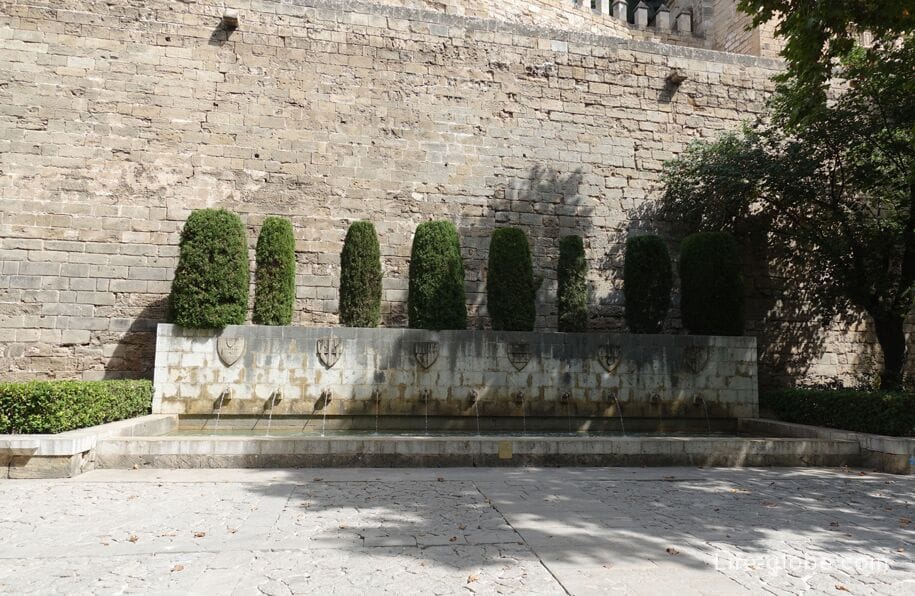 The most striking element of the current gardens stands the arch of the shipyard, which runs over the Swan pond (swimming pool). Arch, probably originally of Arab origin, was discovered during the renovation works in the medieval period could be a direct exit from the castle to the sea. 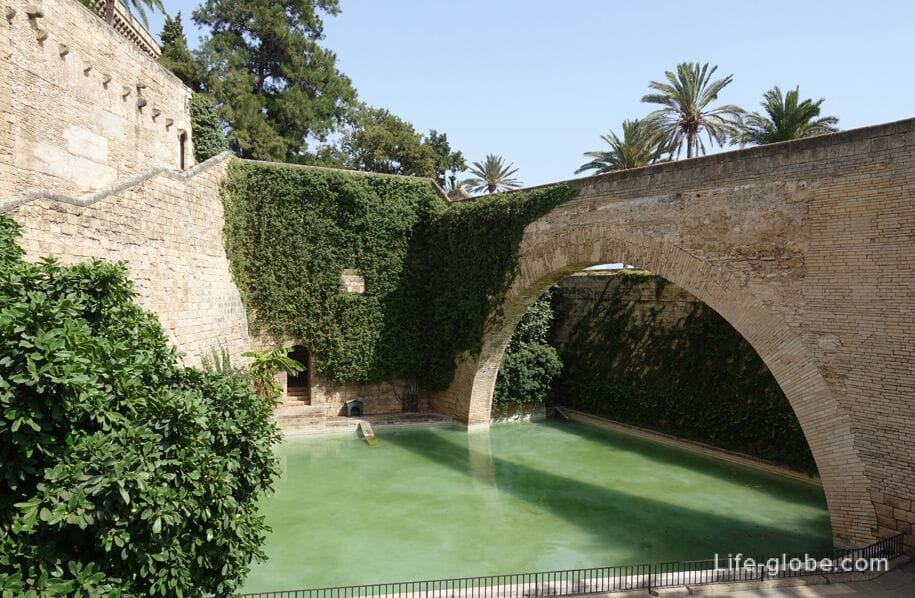 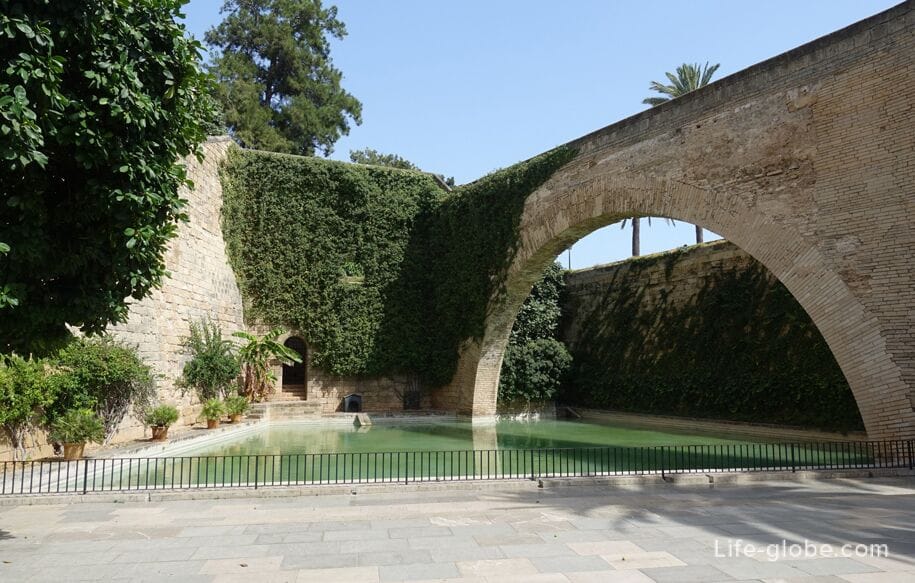 In the Park Rey has several important sculptures:

El Foner (El foner), originally the work of sculptor Lorensa of Roselló, with which he won the silver medal at the exhibition of fine arts in Barcelona in 1898, and prized for the curves of the body and visible muscle tension in sculpture; 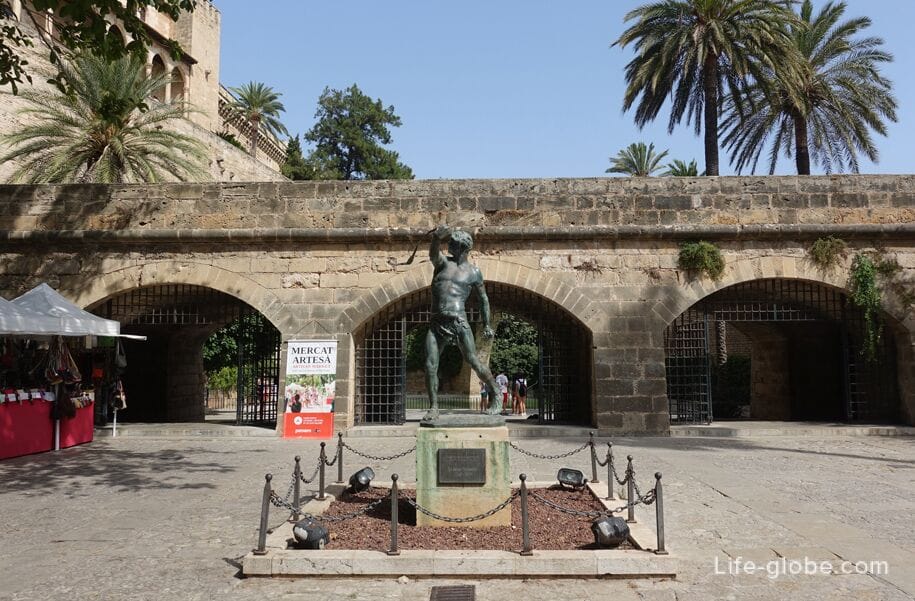 - marble Ionic (Jonica) sculpture Joseph Mary of Subirachs. The sculpture represents the female body in the form of an ionic column; 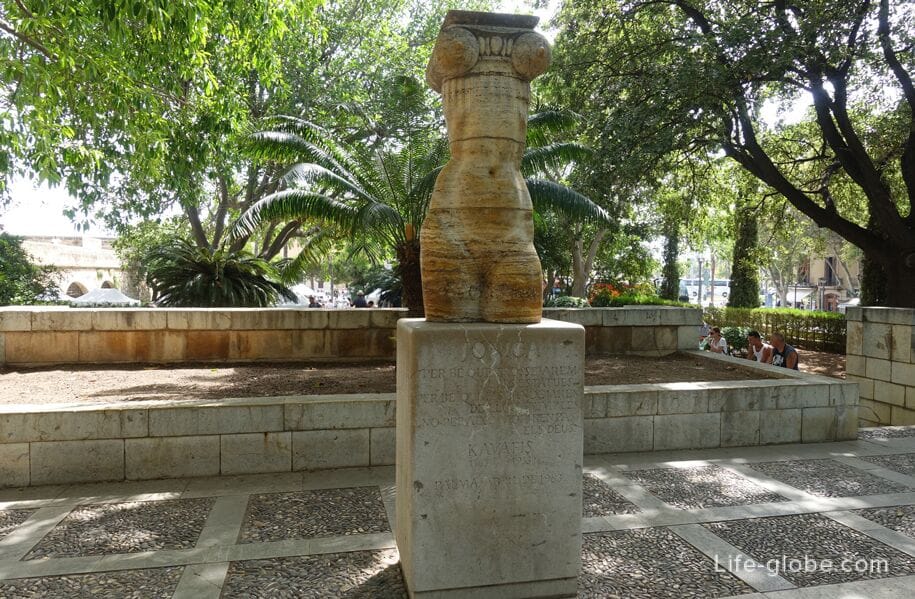 - the sculpture of Nancy (Nancy), the work of Alexander Calder. This sculpture meets typology Stabile-Mobile (a different reality), that is, moving parts that are set in motion from wind gusts and, in turn, kept at a fixed sculptural pieces. 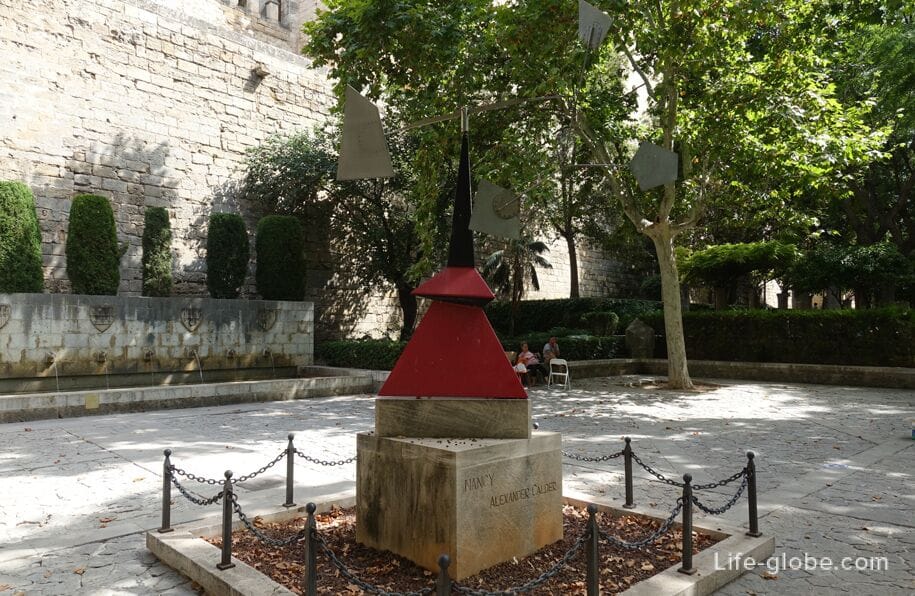 Chip flights looking for Kiwi.com. The search engine compares the prices of dozens of airlines and issues the cheapest tickets See for yourself →