Devil's bridge is part of the Roman aqueduct built to supply water to the ancient city of Tarraco, now Tarragona.

This is one of the ancient aqueducts and the largest in Catalonia, also the aqueduct is part of the Archaeological ensemble of Tarraco, since 2000 a UNESCO world heritage site.

The aqueduct is located in a green area, at a distance of about 4 kilometers North of Tarragona. 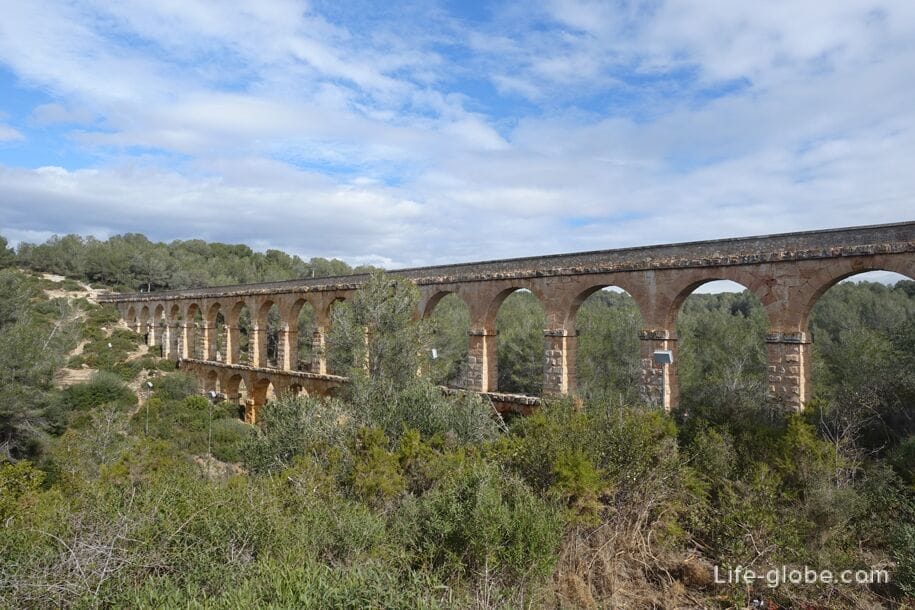 Today, the aqueduct is not only a historical monument and tourist attraction but is also used as the most common bridge that crosses over a ravine and connect two sections of the Park. Access to the bridge is free (free). 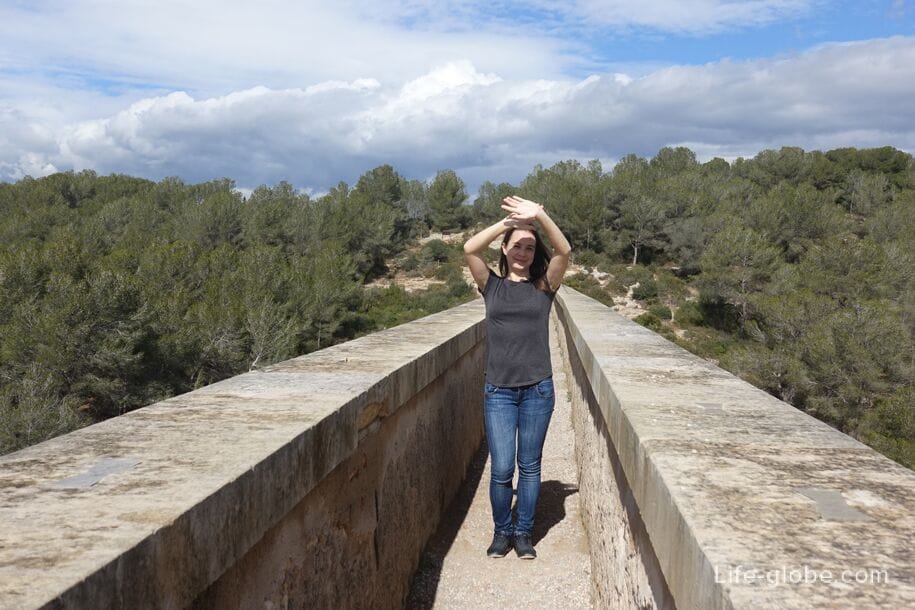 The view from the bridge of the Devil 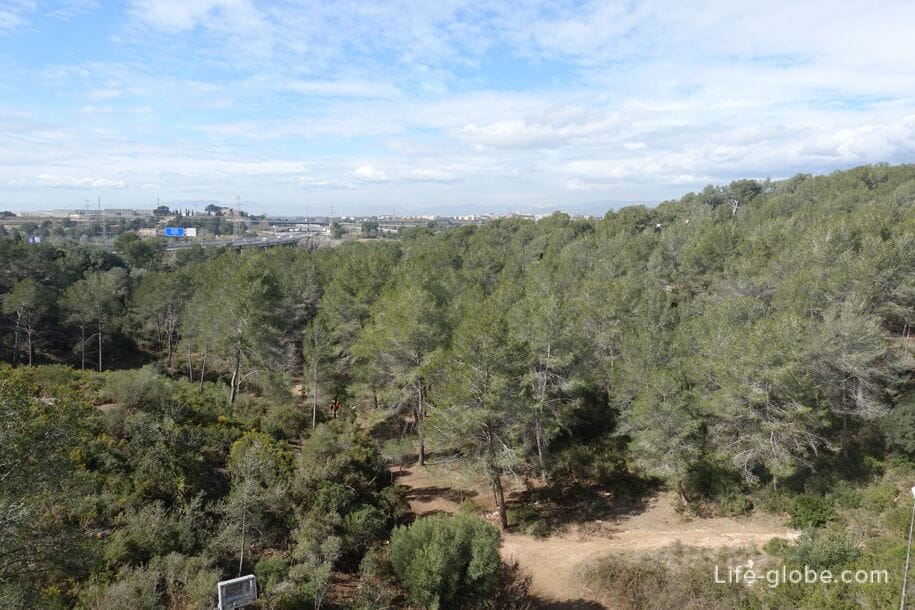 The precise construction date of the aqueduct is unknown. Most likely it was in the 1st century, during the reign of the Roman Emperor Augustus.

In those days, when the city of Tarraco was expanding, and he needed the water, was built two aqueduct that provides water to the city. One aqueduct took water from the river Francolí, and the second from the river Gaya.

To ensure delivery of water to the city used the natural slope of the terrain. However, it still is present areas where the natural supply of water was impossible. In these cases, the water directed at the structure of one or several rows of arcades, an example of this type, as the Aqueduct Ferreres passing over the gorge and connects the two hills.

The walls of the aqueduct built of the right cuboid stone blocks of same height. Most likely, the blocks were initially cut to the desired shape and size at a nearby quarry. The inner part of the column consists of concrete gaskets small stones and mortar. Aquifer and the canal was lined with a special solution, which is gradually covered with calcareous shale.

The bridge of the aqueduct has a total length of 217 meters and reaches a maximum height of 27 metres, but the average height of the bridge is 25 meters. The structure consists of two levels of arches: 25 arches in the upper row and 11 of arches on the lower level. The arches have a length of about 6.3 meters, a height of 5.7 meters (depending on slope) and a thickness of about 1.8 meters. The North side of the aqueduct is located at an altitude of 56.8 metres South at the height of 56.4 metres above sea level. 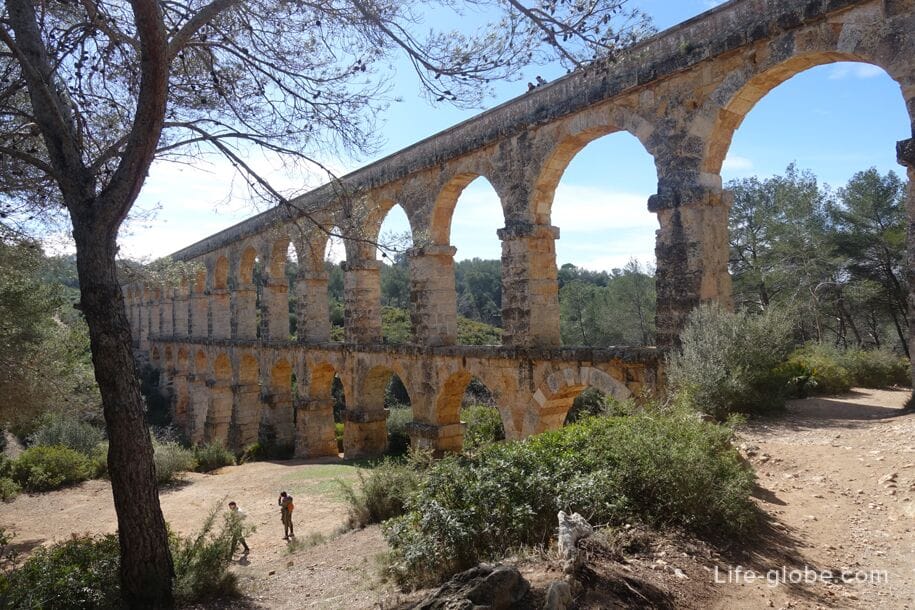 The legend of Devil's Bridge in Tarragona

Natural the name of Aqueduct, it is clear and without words, it comes from the intended purpose of the structure. Whereas with the second name - the Devil's Bridge, is an interesting legend associated.

In Roman times, in the face of serious shortage of fresh water, it was decided to build an aqueduct. To this end, over the deep gorge it was necessary to build a structure (a bridge for water flow) between two hills. But as soon as the bridge was completed, a strong wind picked up and destroyed the entire structure. When the Builder saw the disaster, he said that only the devil could build a bridge in this godforsaken place, which will stand for one thousand years. No sooner had the builders to say those words, how did the devil, and offered to build a new bridge in just one night, but it will have to pay. The master offered him thirty bags of gold, but the devil refused the money and said that he would agree to take in payment only the soul of the first of those who drink the water from the aqueduct. The master had nothing to do but to agree to such a sinister deal. The next morning the mighty bridge was completed and the devil was ready to take soy a fee, then the master showed him the donkey, who first drank the water from the aqueduct.

Aqueduct surrounds the Park area (parc Ecohistoric del Pont del Diable), which is dominated by Mediterranean pine vegetation, and shrubs and trees adapted to the warm climate of the South of Catalonia. Of fauna, such as lizards and various bird species.

In this Park prefer to walk residents of the nearby residential area with their Pets.

In the Park in addition to aqueduct:

- paths and trails for walking, pointers, places to stay; 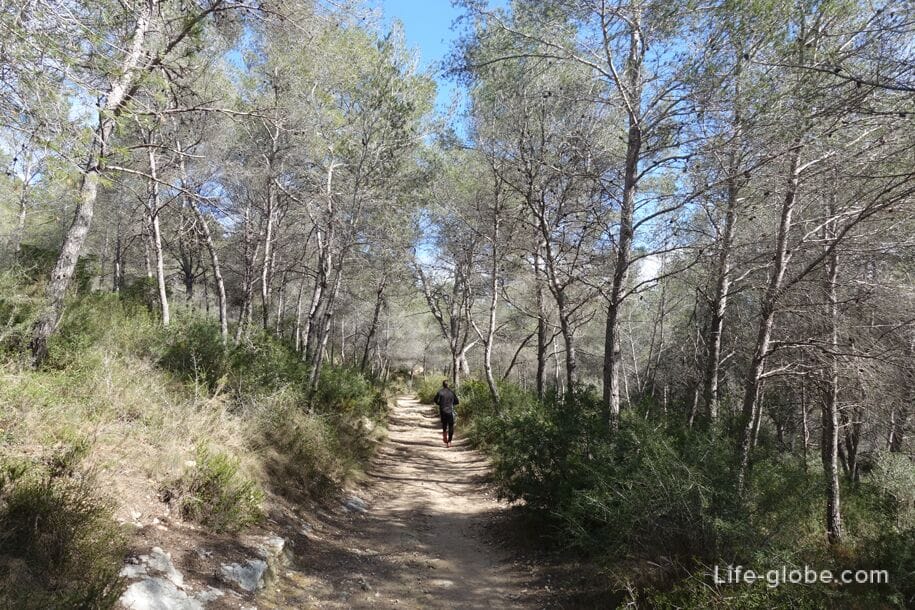 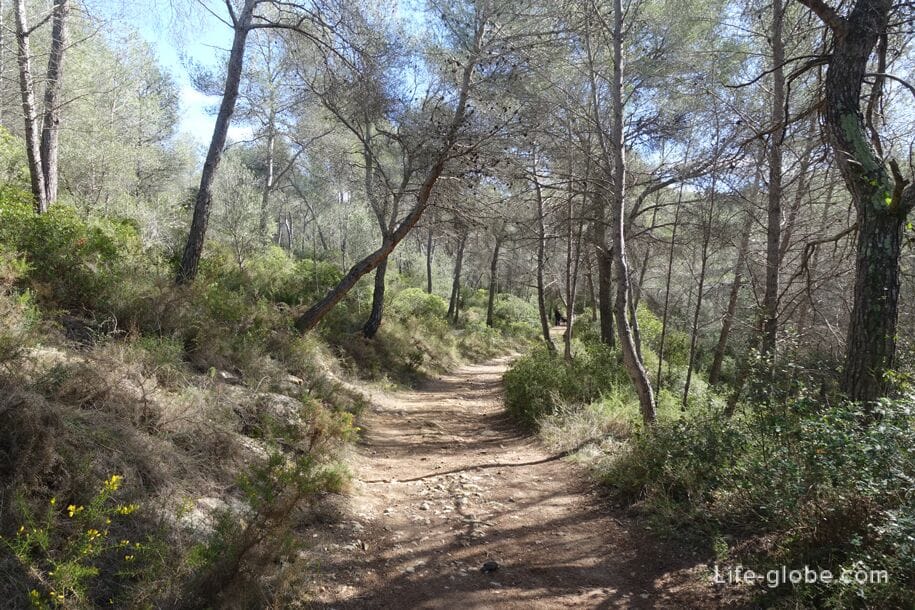 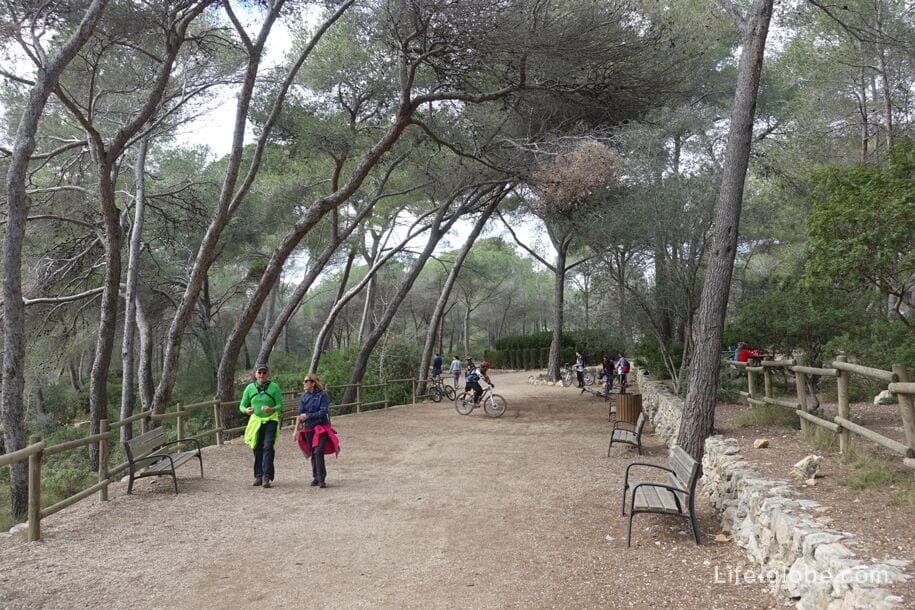 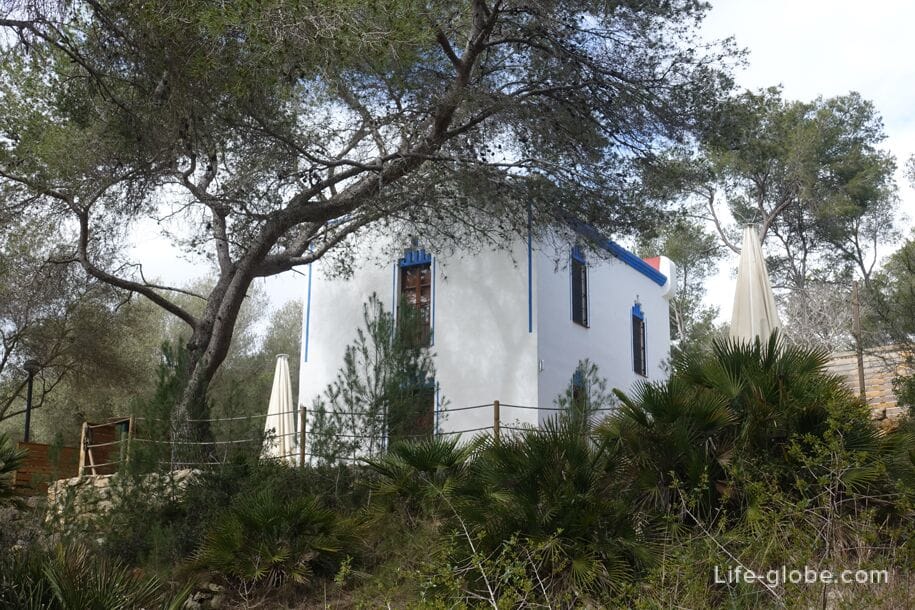 - a memorial stone and the column; 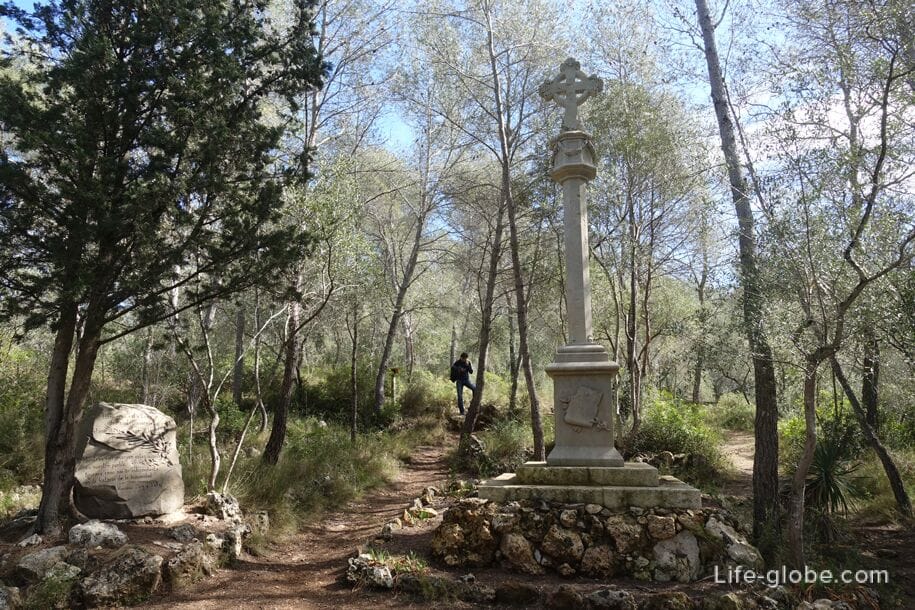 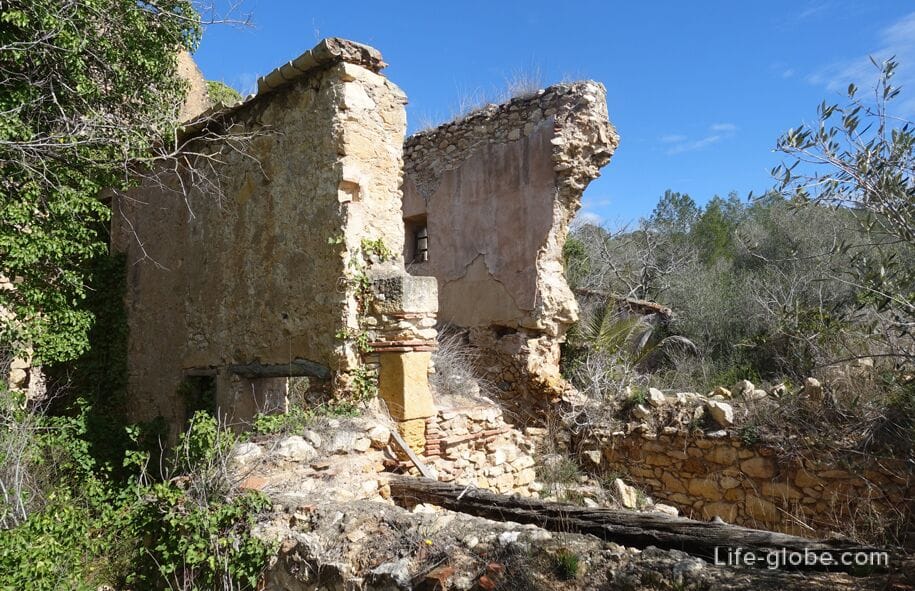 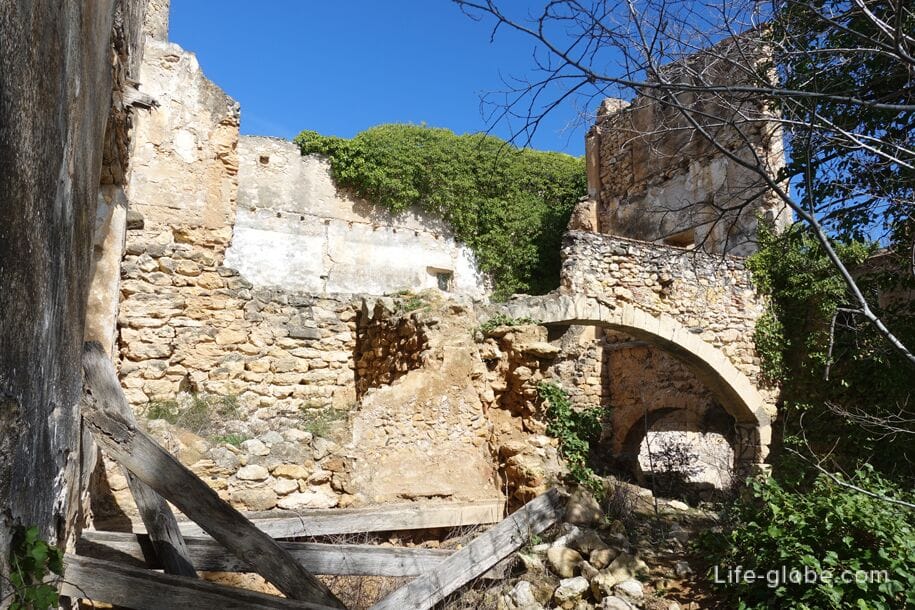 - historical monument of the angel (Mas dels Arcs o de l'Angel). The medieval building in which the brothers Puig and Walls lived during their stay on the farm. Near the house there was a garden, which was a modernist wine cellar (Mas de I'Ahgel), designed by architect Juki M. Fossam. The garden was supplemented by a column with an angel on top, in memory of those who died in the siege in 1811 during the French wars. There is also a monolith in honor of king Alfonso 13. 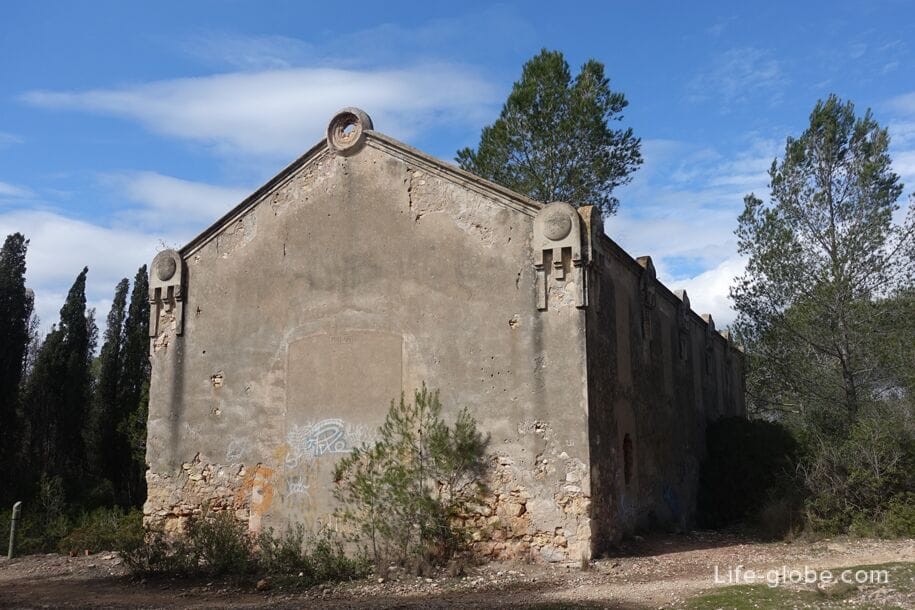 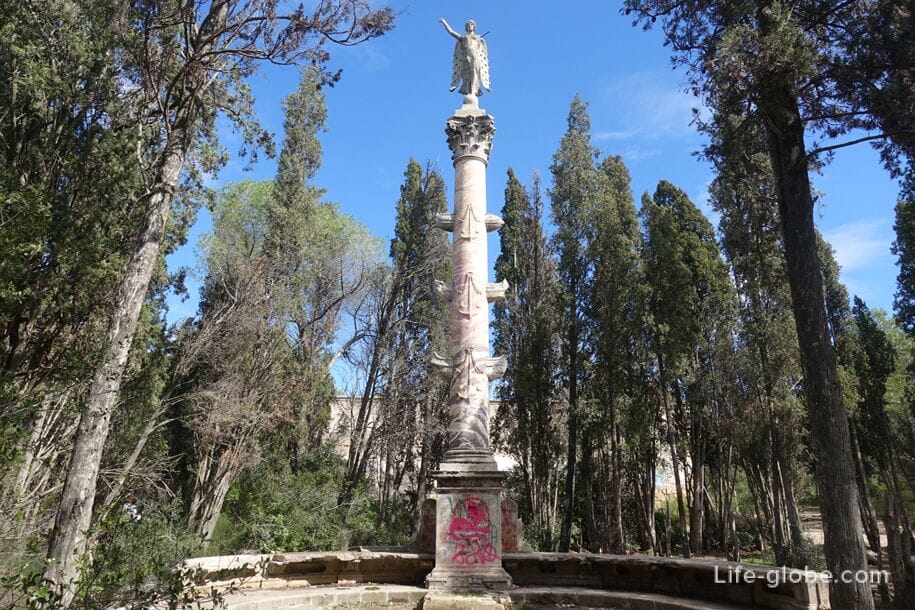 How to get to Devil's bridge from the centre of Tarragona

To reach from the centre of Tarragona and the aqueduct and the Park by taxi or rented car.

Near the Park there are several areas for Parking and recreation:

- from the Autopista del Mediterráneo (near the aqueduct). There is also an observation deck Mirador Puente Diablo where you can see Devil's bridge; 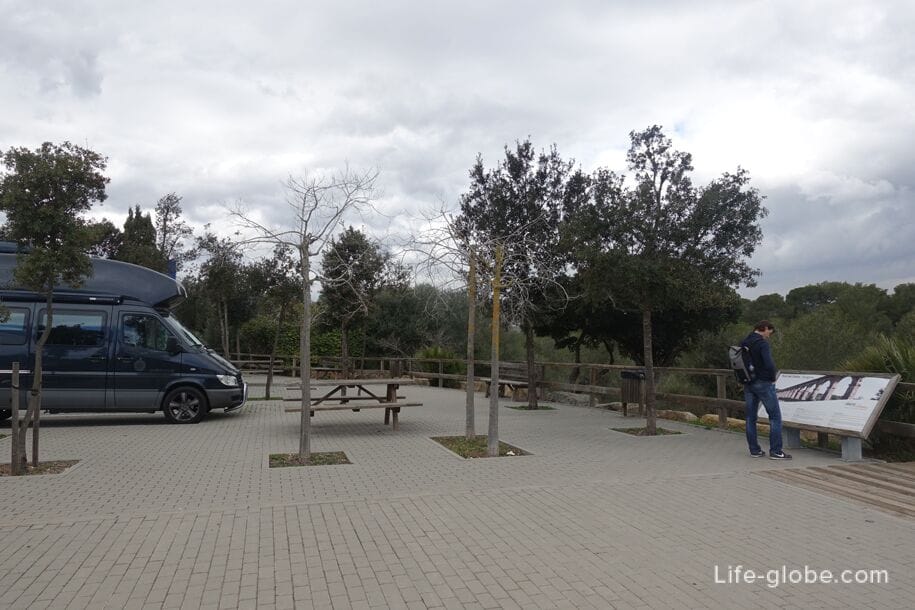 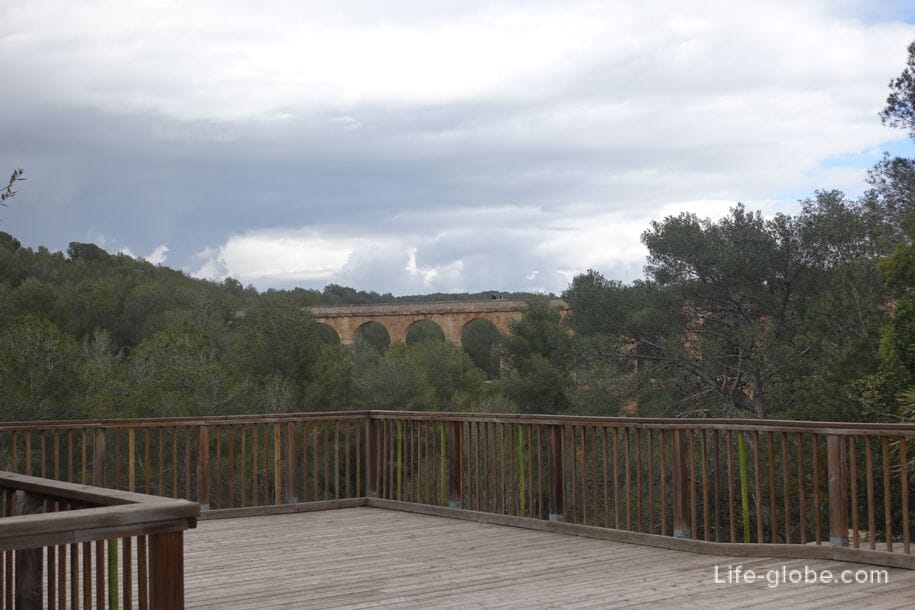 - near the main entrance to the Park from the highway N-240.

Public buses from Tarragona No. 5, 71 and 85. Get off at the stop Pont del Diable, near the main entrance to the Park.

When traveling to Tarragona from the bridge and the Park of the Devil, then you need to sit down at the same stop where and out. I.e. sit down, reach the end, don't go out and the bus then will bring in Tarragona.

You can go on the road - in the course of movement of buses. But this path is not very convenient to go by the wayside along the road, which runs transport.

As a starting point we take the fountain on the Rambla Nova (Font del Centenari).

From the fountain, if you stand with your face to the sea, you need to go left on Carrer d'antoni Rovira i Virgili, which then seamlessly flow into the Carretera Pont d Armentera. The road is quite comfortable, all the way accompanied by a pedestrian sidewalk. 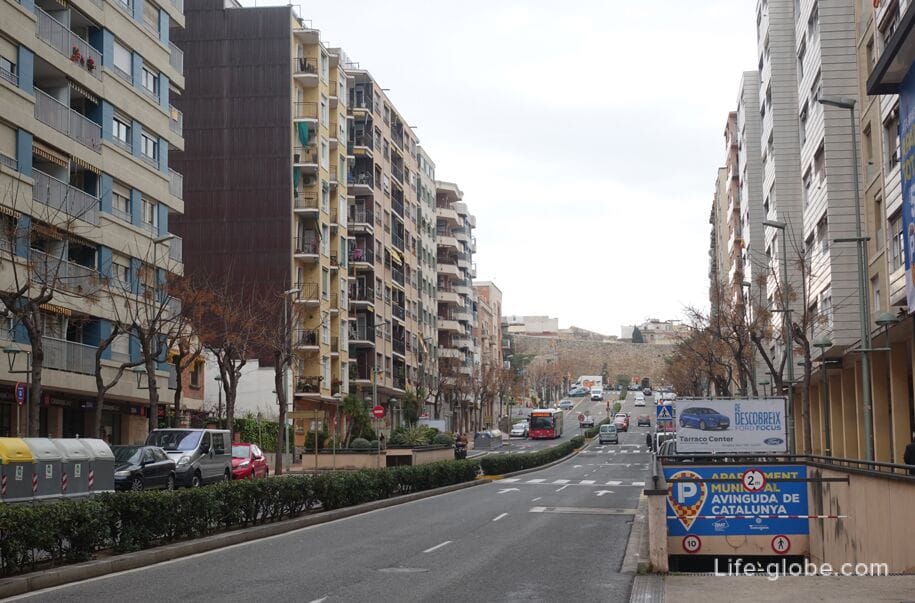 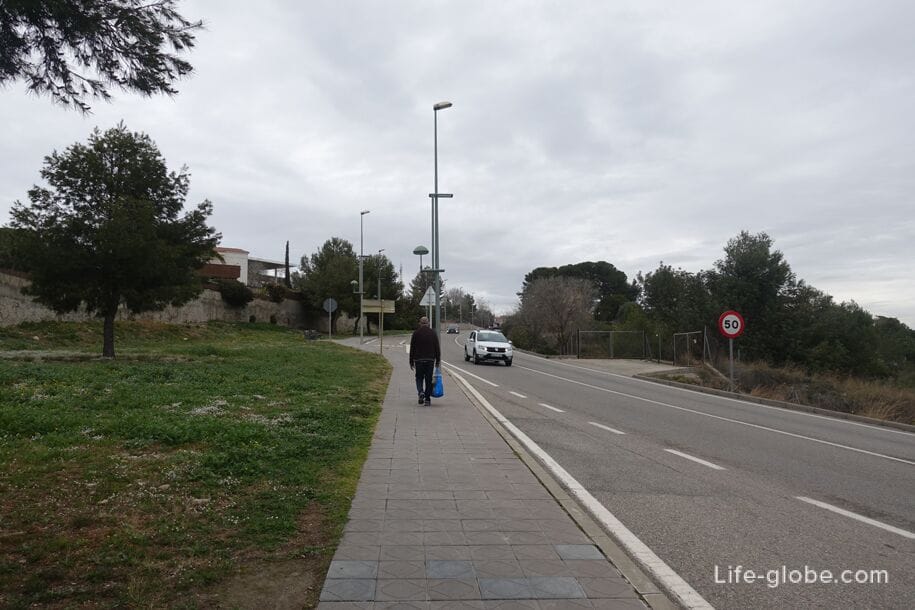 Walking these streets, anywhere without turning, approximately 2 kilometres to the ring. On the ring on the left is a gas station BP (British Petroleum). 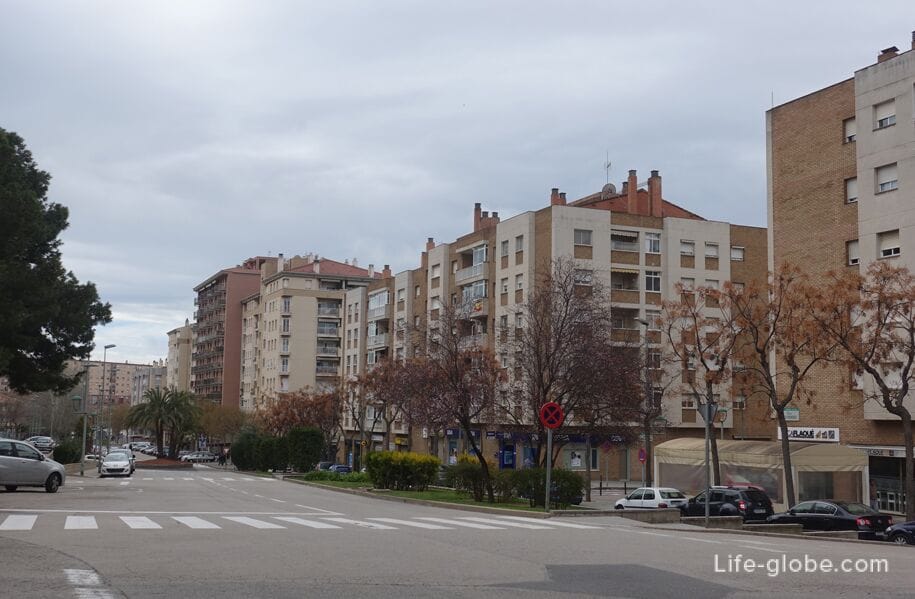 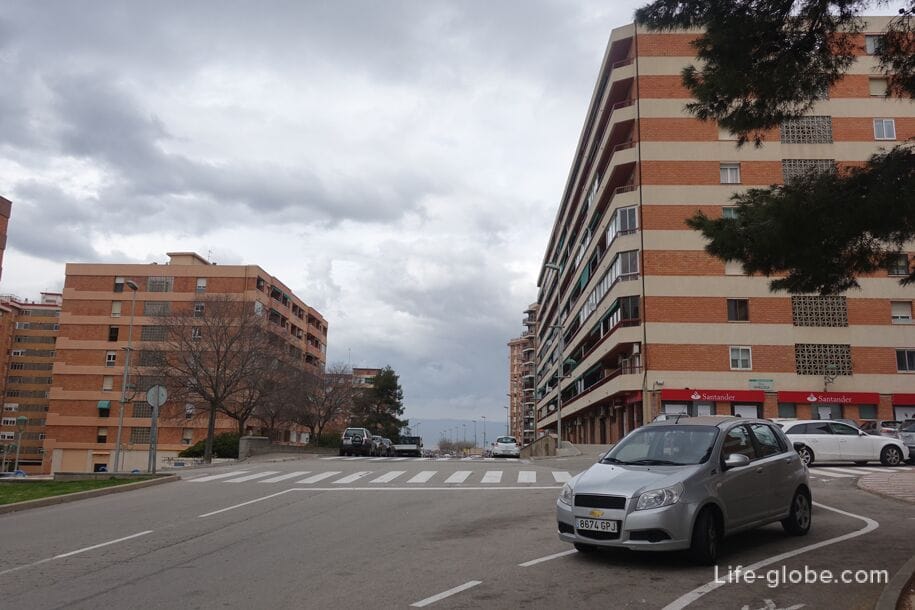 We reach the three residential buildings (Bloc Ecuador/Carrer E), which will be on the right side. From the North-Western end, the last (third) building - Parking spaces. 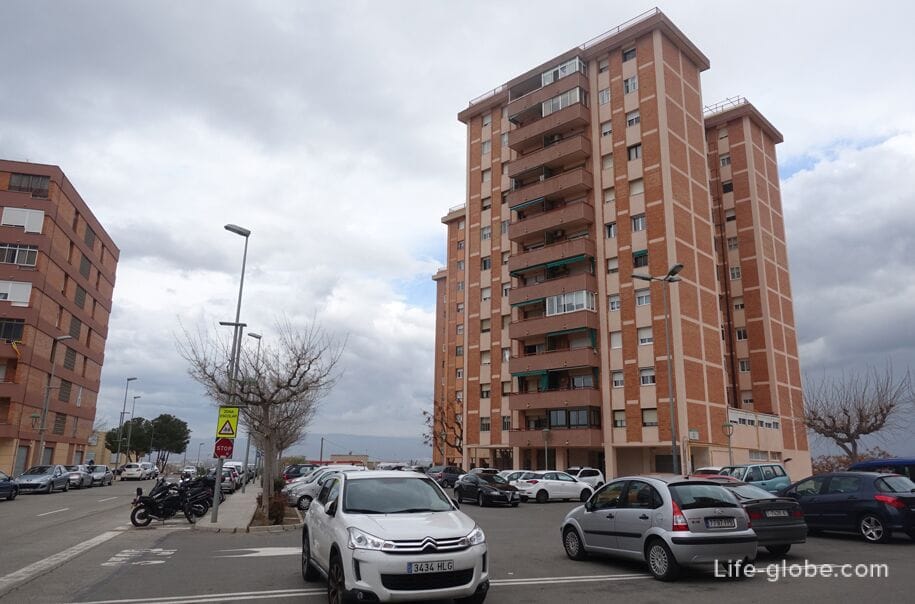 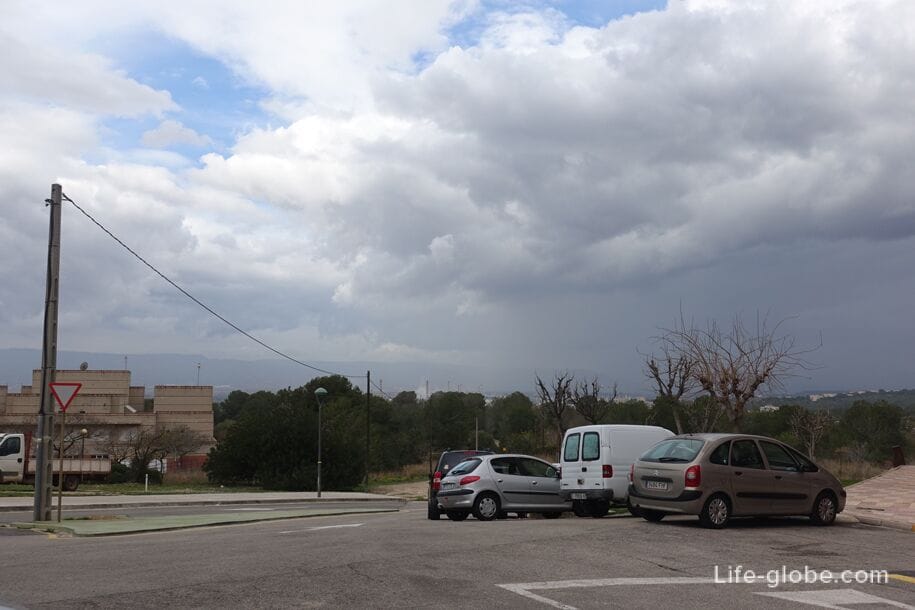 From the Parking spaces behind the house go a little to the right on a wide dirt road. We go on the road right up to elektrosetevaya. 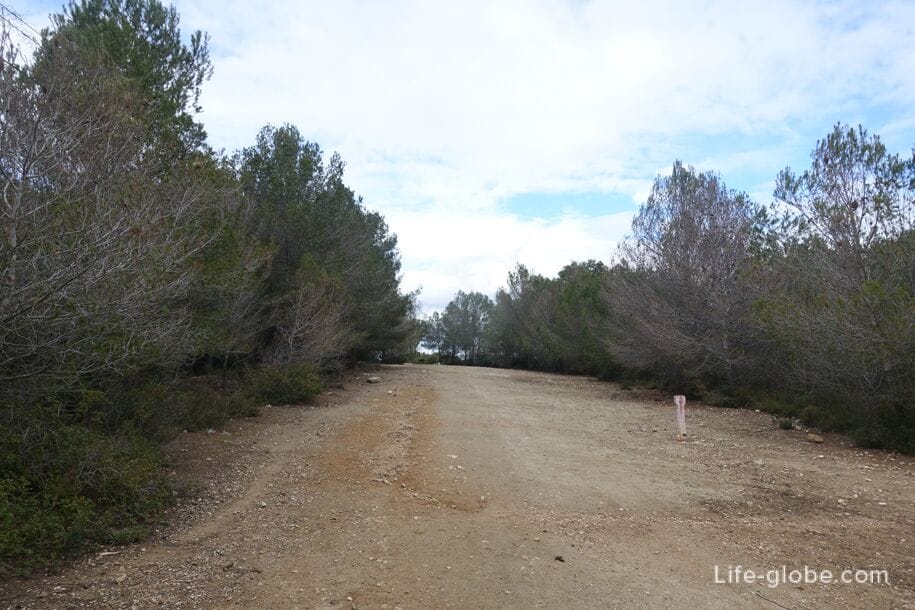 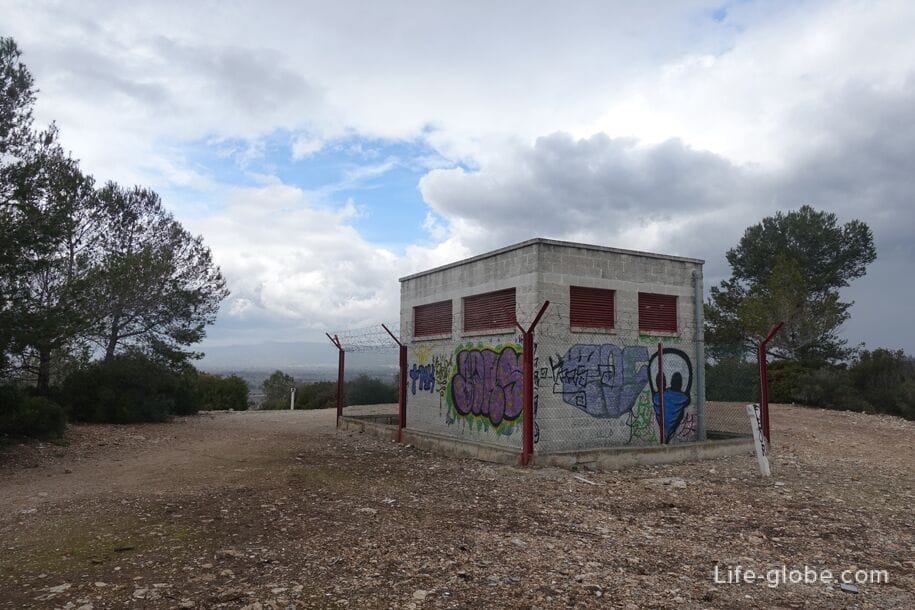 Views of the skyscraper with dirt roads (high-rise behind you) 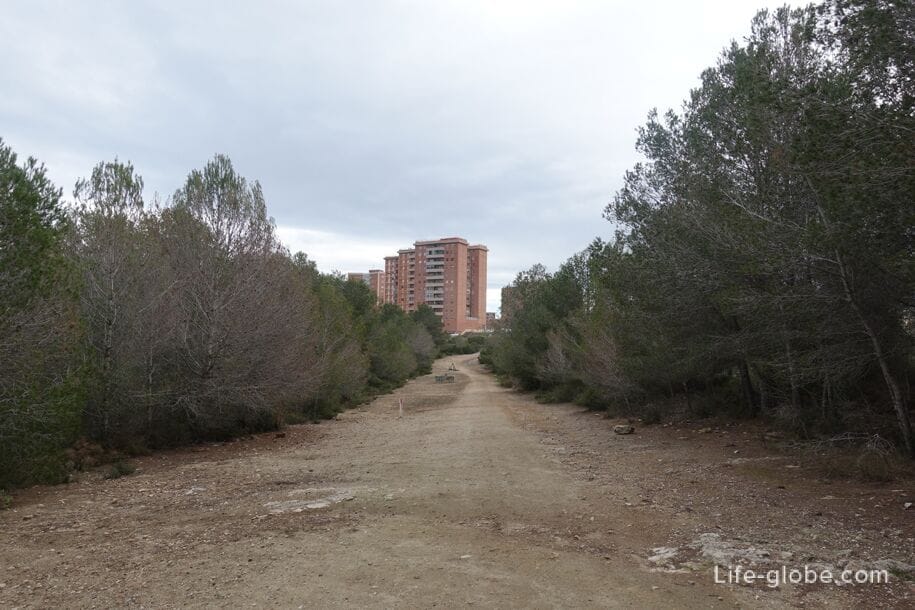 For the shield building down the slope, the extreme right-hand path. 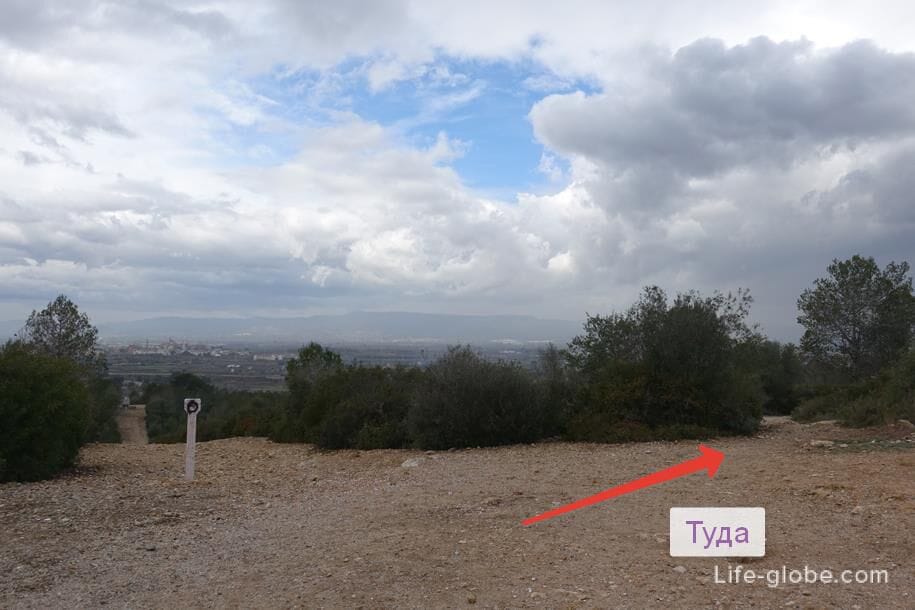 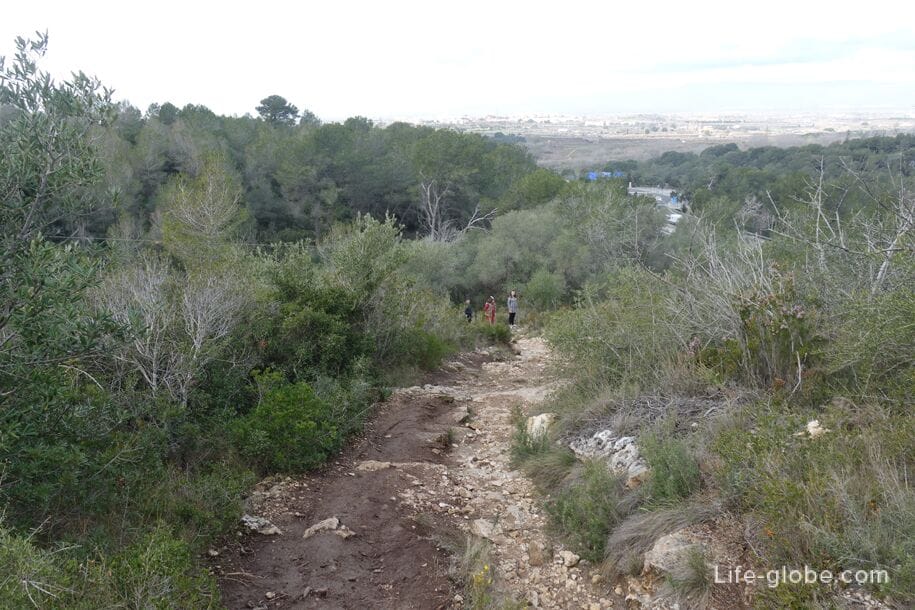 We reach the metal gate, pass through the circular gate and down into the underpass, passing under the highway. 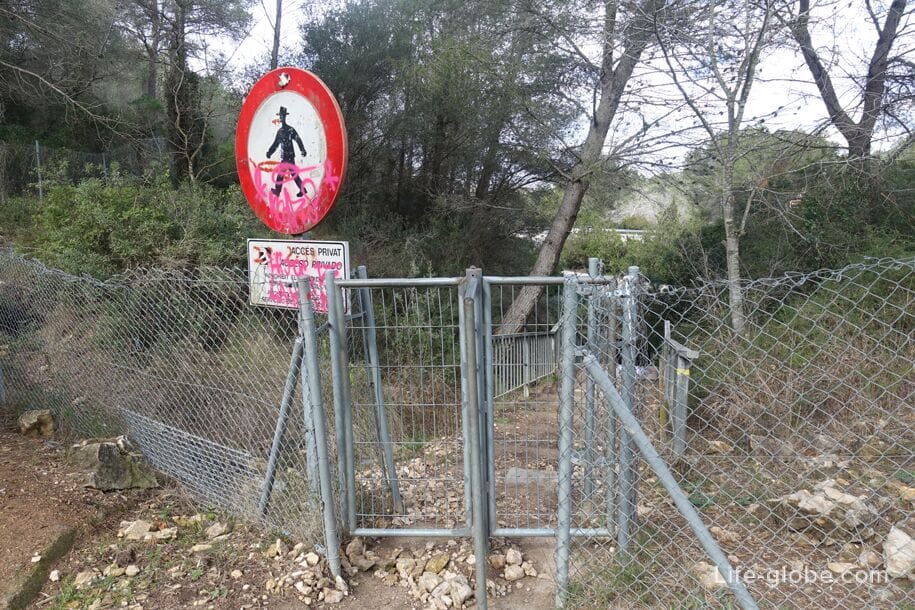 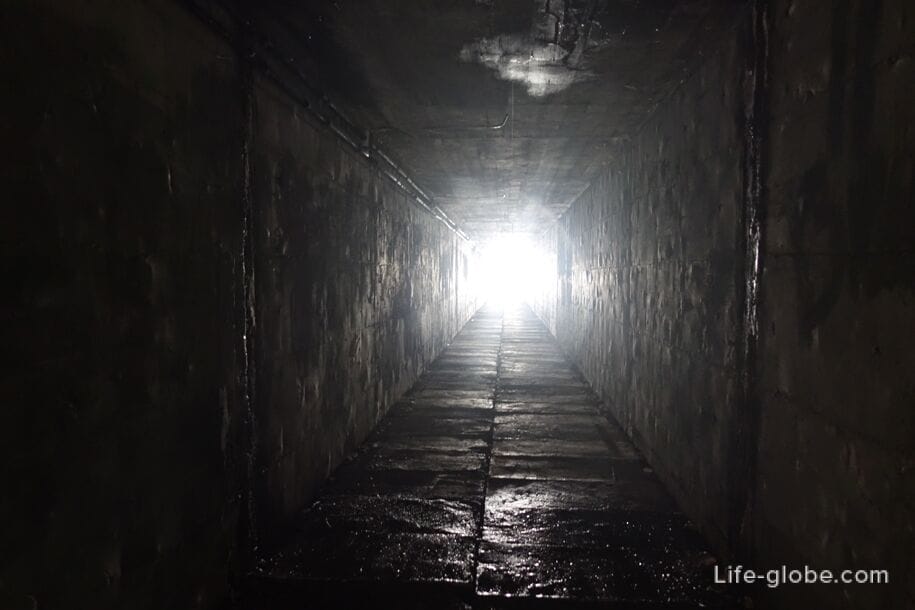 For an underground walkway and a wooden bridge and gate again. To come to Devil's bridge, you need to go in the gate, and the bridge will come to the observation deck near the Park. 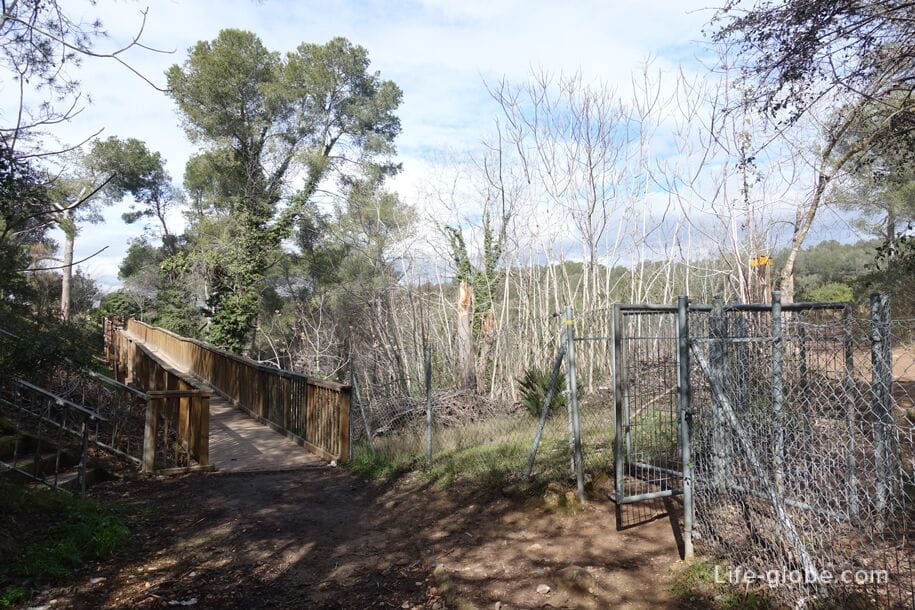 The itinerary of three skyscrapers up to Devil's bridge 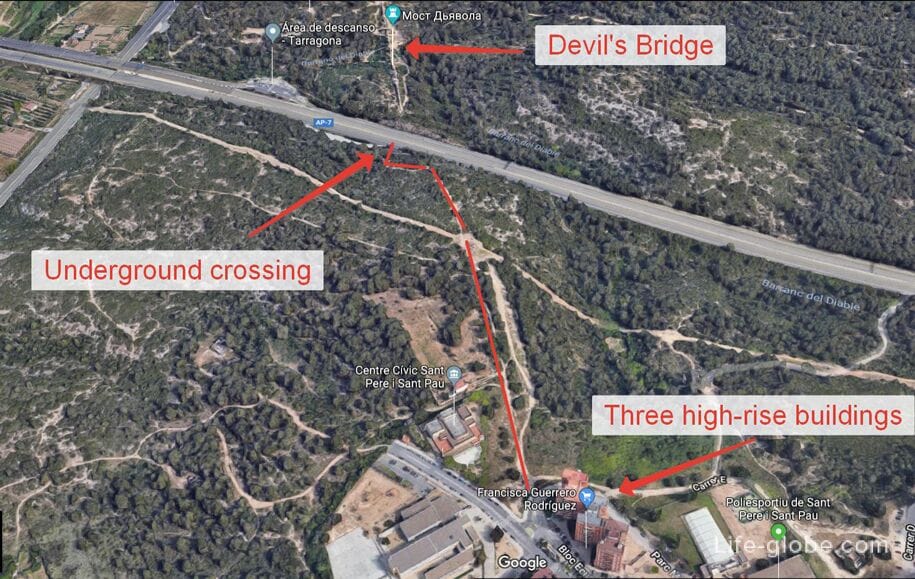 Maritime Quarter of Serrallo in Tarragon...

Catherine Warner
Great thanks for sharing your amazing journey with us, it seems that you enjoyed a lot. Please keep sharing some more about your journey.
Reply
Leave a review