The complex is located in Barcelona's old town in the El Raval subdistrict. 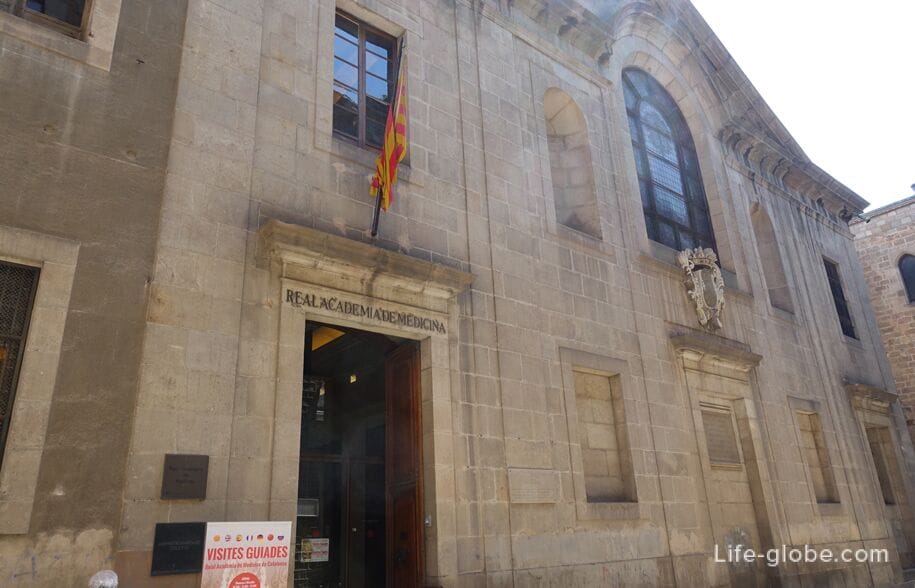 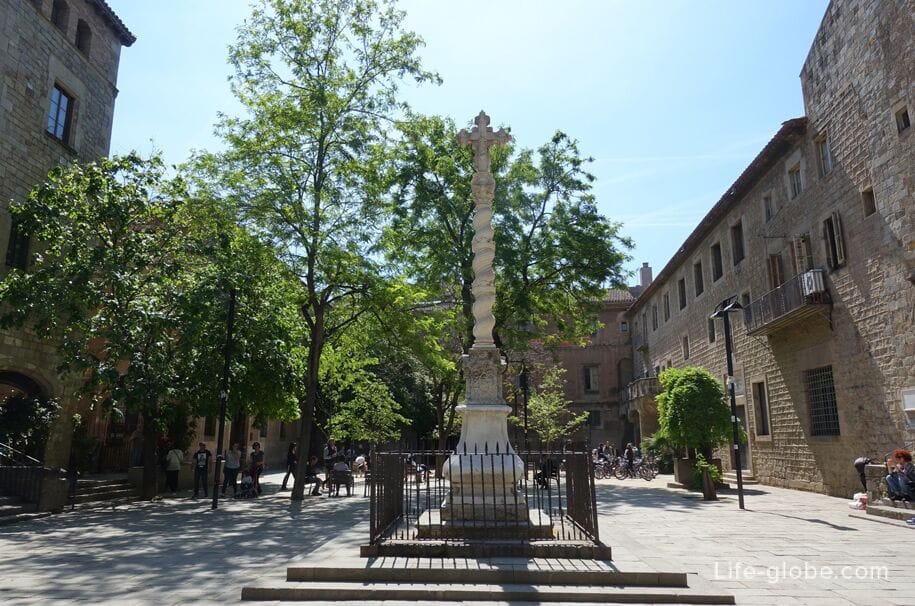 The Hospital of the Holy Cross was founded starting in 1401 to unite the six medical centers of Barcelona under one roof. The creation of the San Creu Hospital was sanctioned by Pope Benedict XIII.

The new medical center, which is one of the oldest in Europe and the world, was conceived as a large building with four wings of rectangular construction, two floors high and around a courtyard modeled on church monasteries.

On February 13, 1401, the foundation stone of the hospital was laid. A chapel was also built at the hospital. By decree of King Philip II in 1578, the hospital was granted the right to theatrical performances to ensure the flow of funds. Also, to raise funds, the hospital had other rights, for example, the right to inherit the property of people who died intestate or legitimate descendants (Alfonso the Magnanimous, 1418).

In the 17th century, the complex was expanded by the construction of the House of Convalescence (Casa de Convalescencia) and minor interventions were made during the nineteenth and early twentieth centuries.

The Santa Creu Hospital has been the great hospital of Barcelona and its zone of influence for more than five centuries. The charity work of the hospital went beyond the care of the sick, since until the end of the 19th century it also performed an important task of receiving and educating orphaned children. So, over time, the wellness activities of the Santa Cruz Hospital led to the creation of the Royal College of Surgeons, which became the basis of the future medical faculty. In fact, since the 19th century, the hospital has become the center of important educational and scientific activities, which turned it into a first-class hospital center.

By the end of the 19th century, the hospital had become insufficient due to the large population of the city, and the building itself, which had been actively used for centuries, was also dilapidated.

The hospital moved to the new headquarters of the Gopital Sant Pau / Hospital de la Santa Creu i Sant Pau (which was built by Luis Domenech y Montaner between 1902 and 1930). In 1926, the City Council of Barcelona bought the old building of the Hospital of the Holy Cross and began to restore it.

Today, the complex of the old hospital of the Holy cross in the Gothic style is used under the library of Catalonia (Biblioteca de Catalunya), the public library Sant Pau - Santa Creu (Biblioteca Sant Pau - Santa Creu), the Institute of Catalan studies; the former chapel is engaged in the performance of works by young artists of the city; also on site is the Teatro La Perla 29 (Teatre Biblioteca de Catalunya - La Perla 29), the hall of which has a Gothic nave. 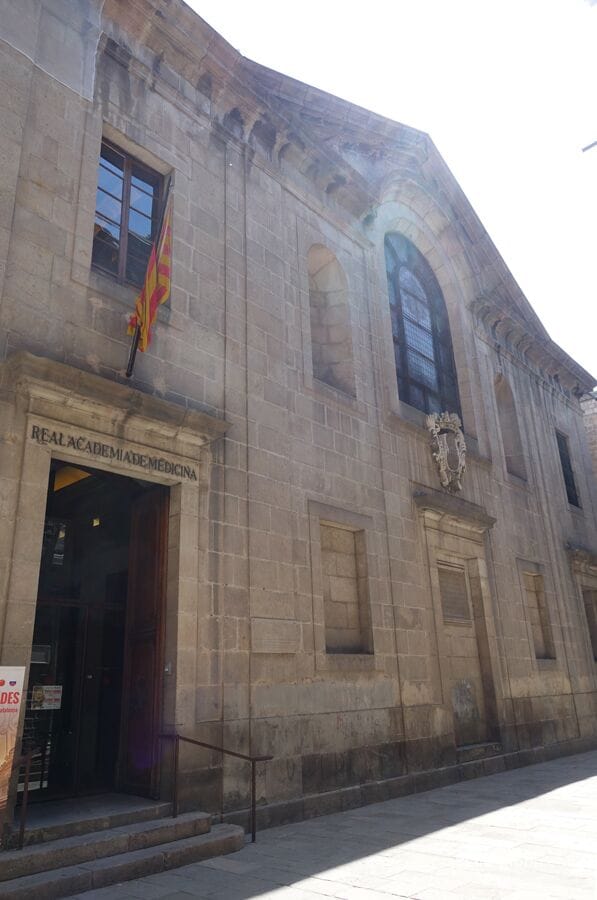 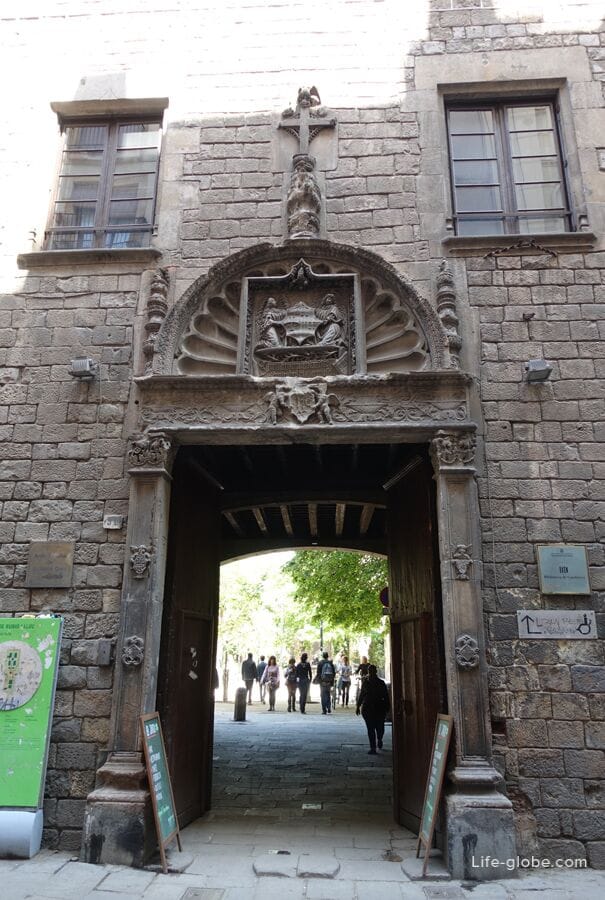 The interiors of the complex are distinguished by several large vaulted halls.

Photo of the hall of the Library of Catalonia 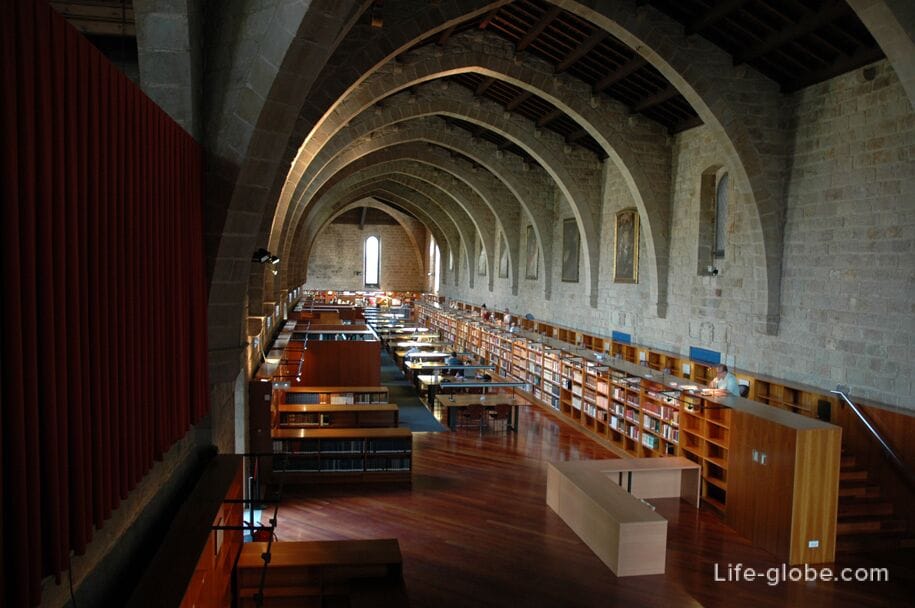 Photo of the hall of the former chapel

Photo of the theater 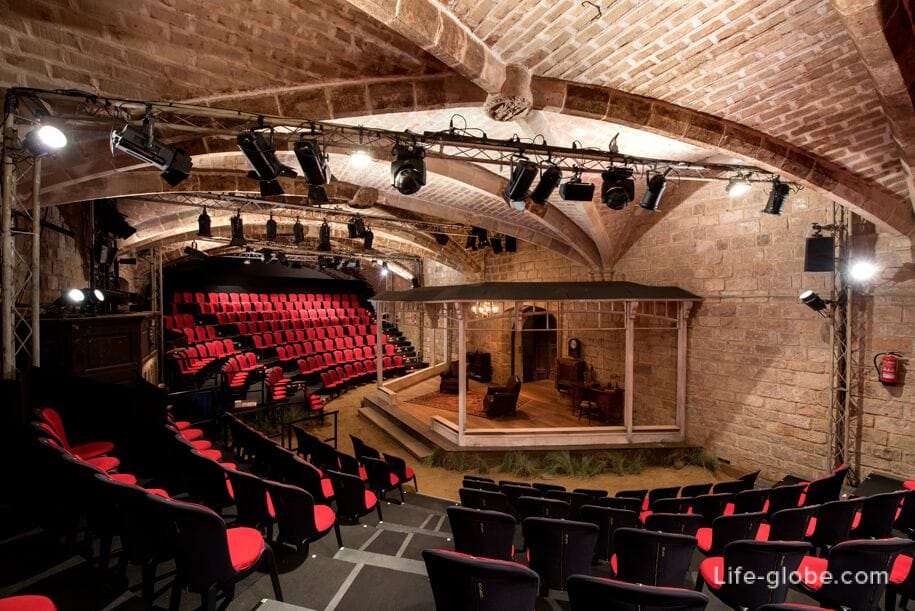 The center of the former hospital complex forms a large courtyard with a garden (Jardins de Rubio i Lluch) with a fountain, a sculpture of a cross, a monumental staircase with an arched portal, an old well, as well as a vaulted gallery (Galeria del), which borders the inner garden.

Entrance to the courtyard of the complex is free (free). 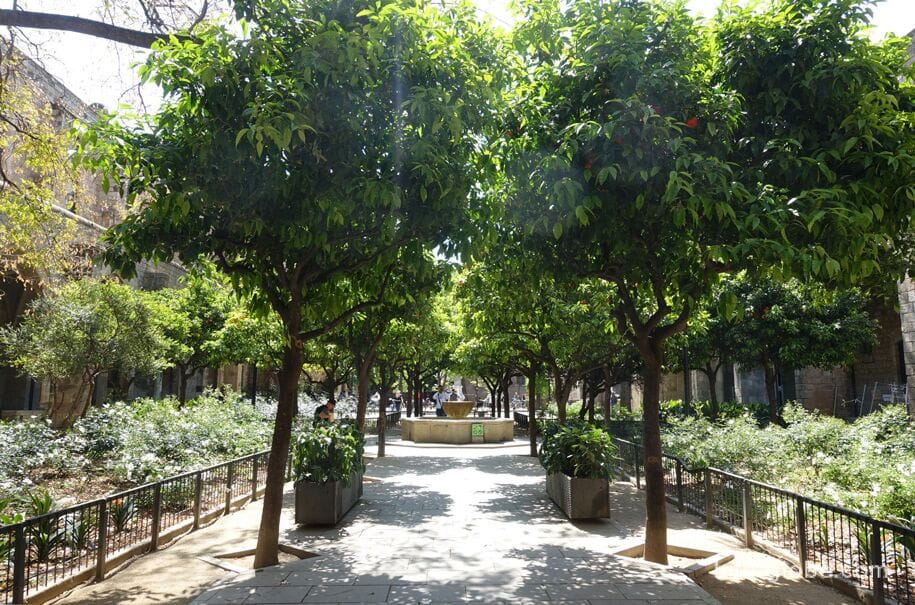 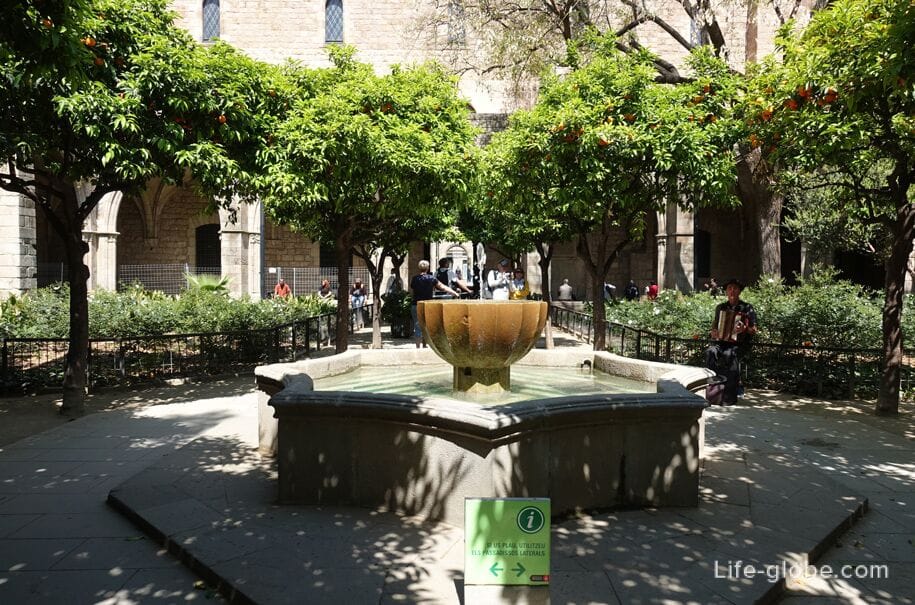 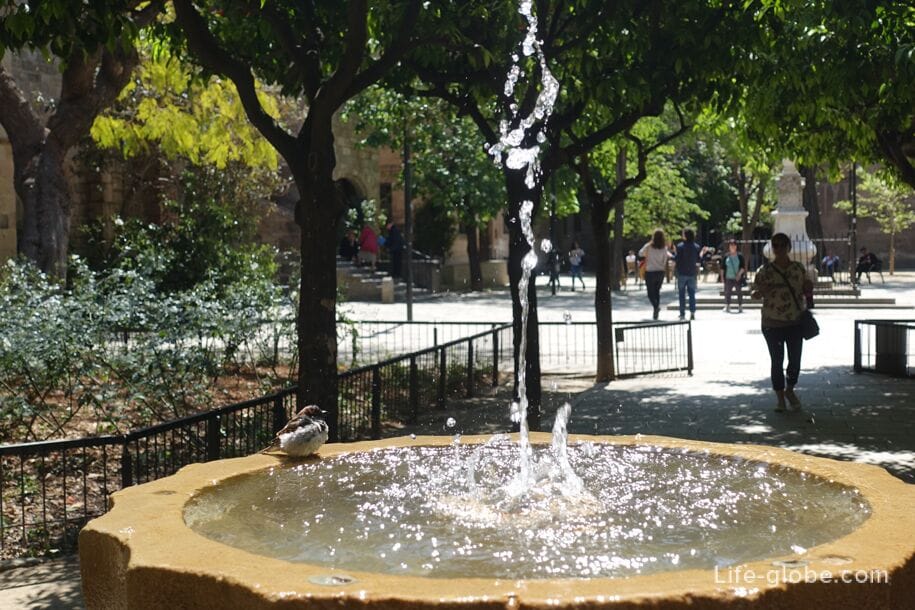 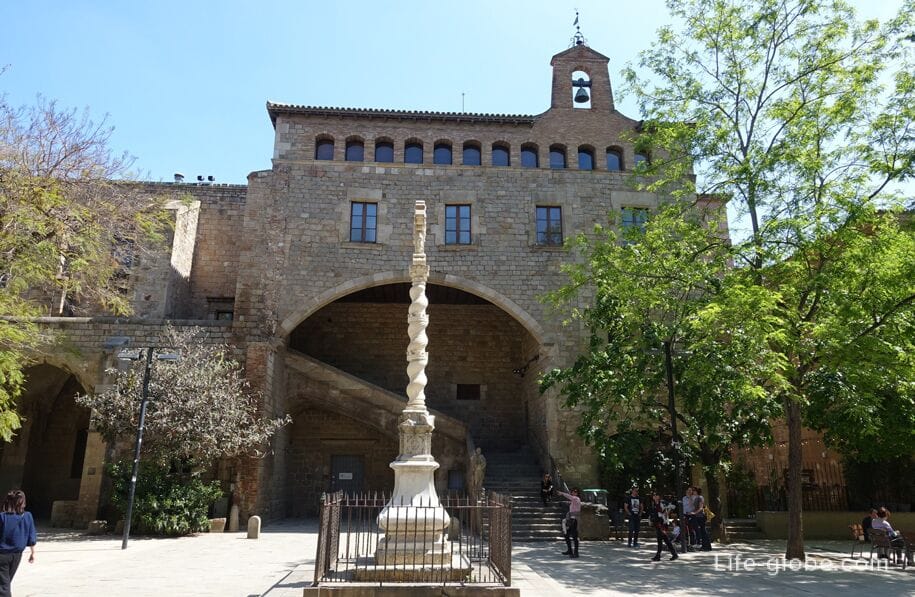 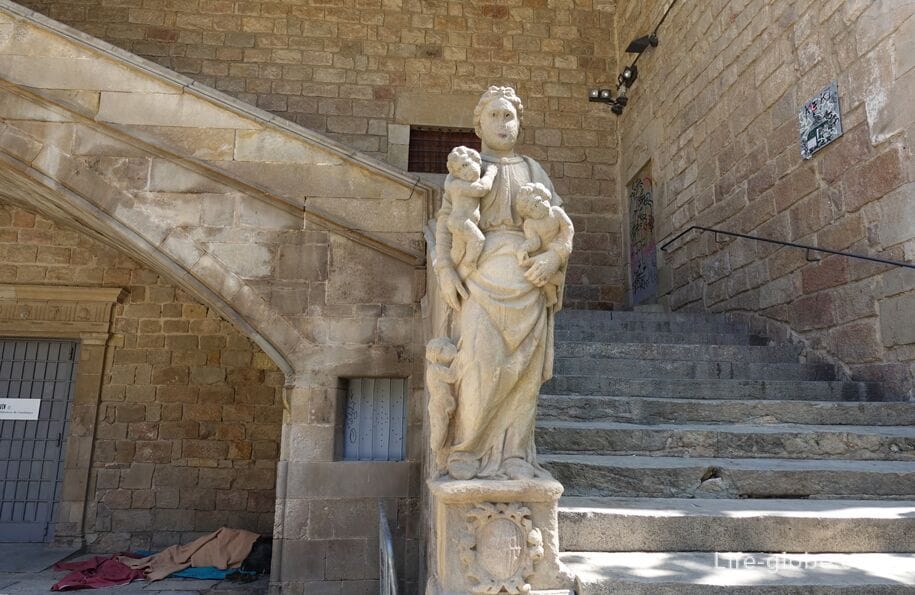 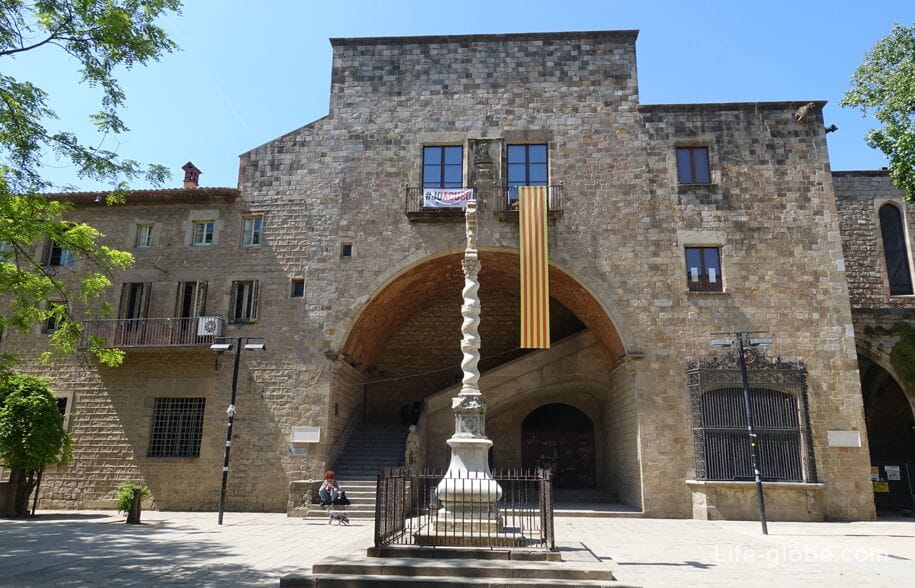 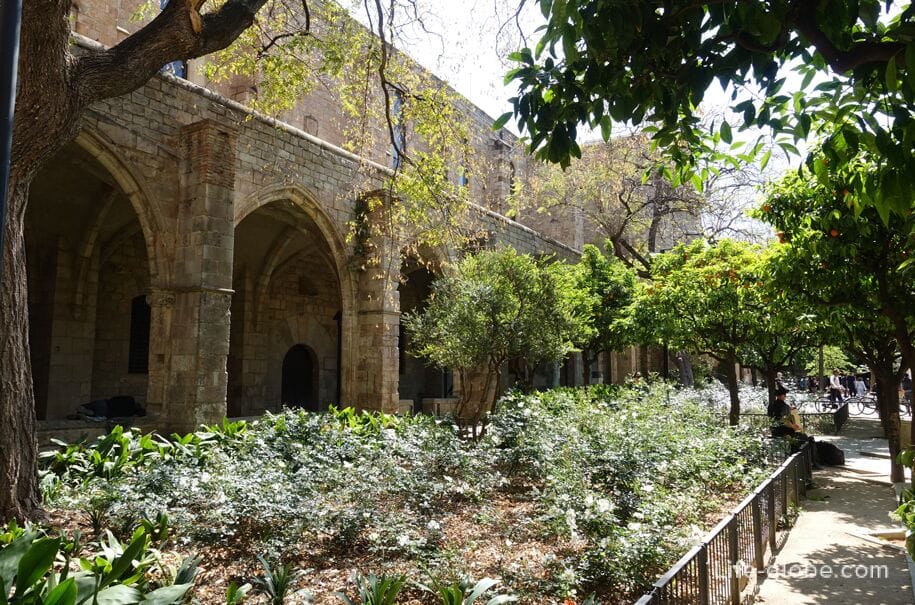 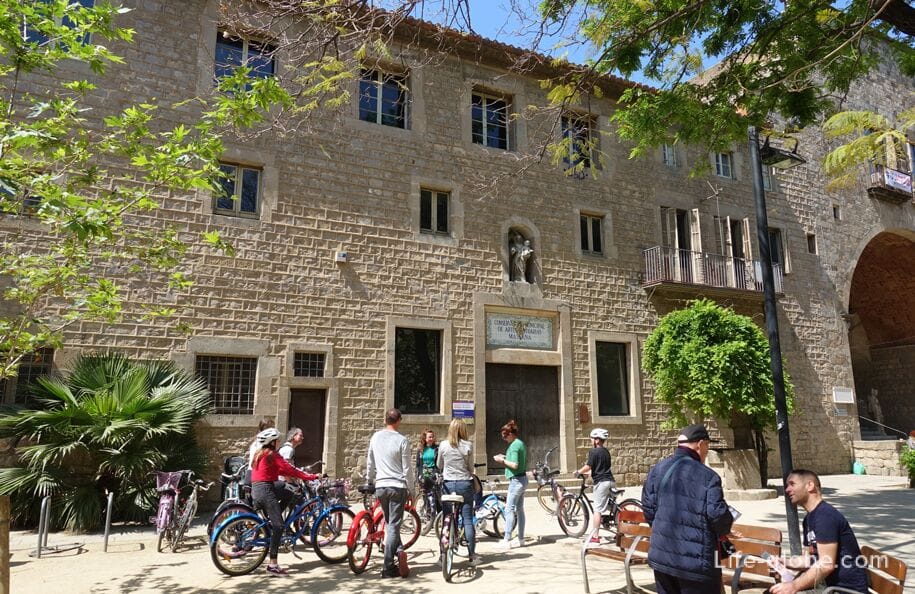 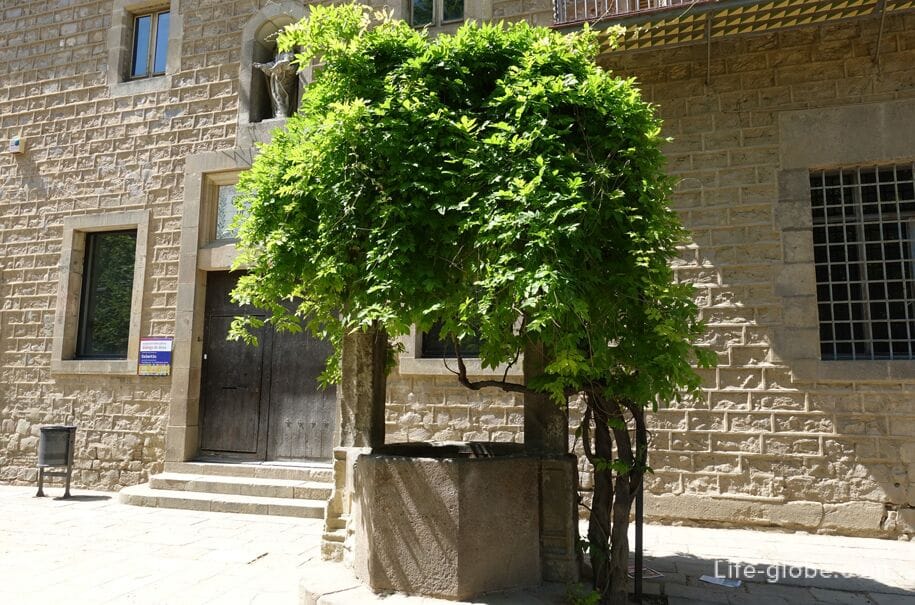 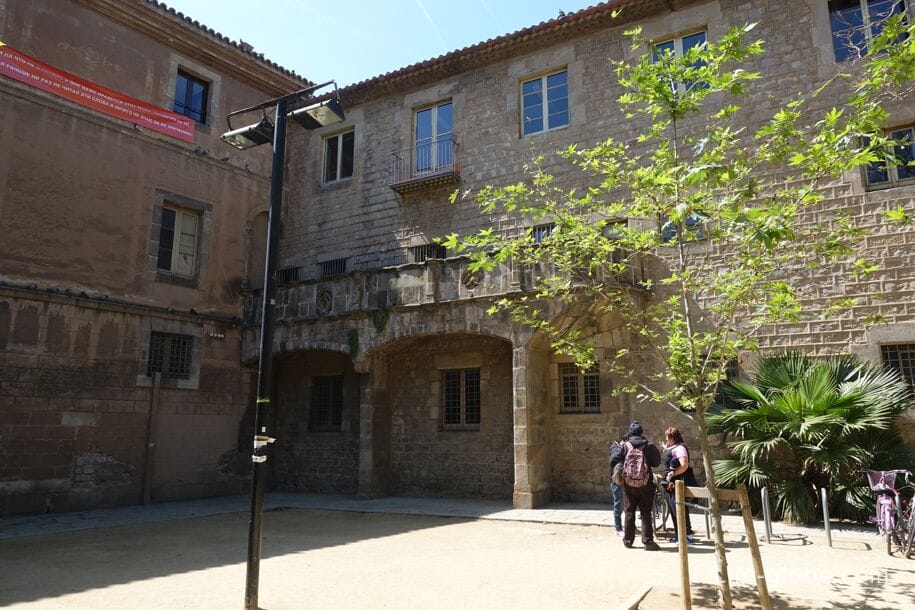 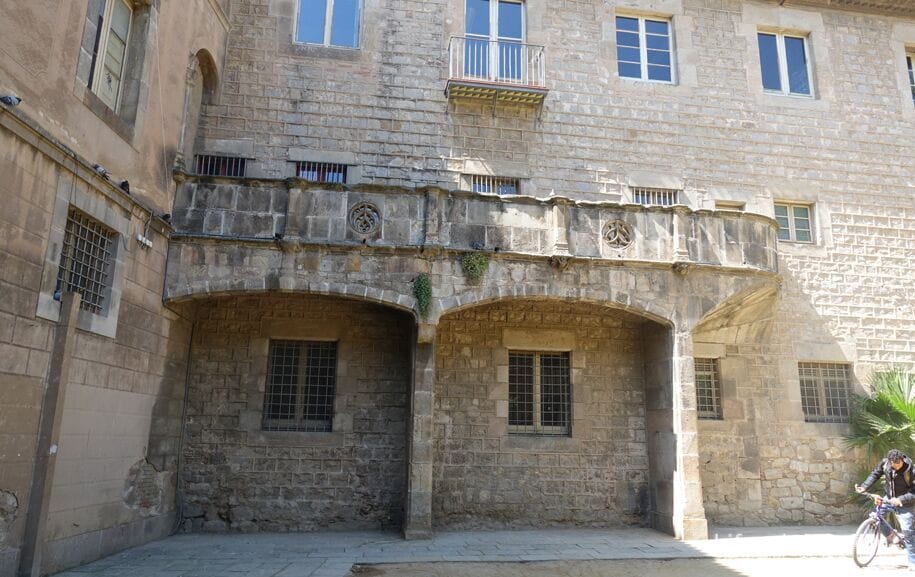 The former recovery house also has a small courtyard with a two-story gallery and a monument. 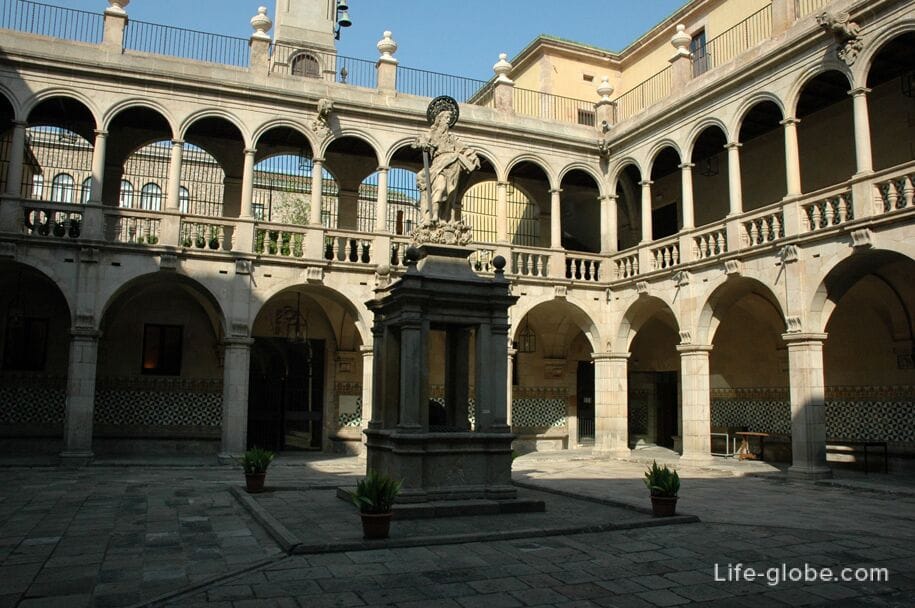 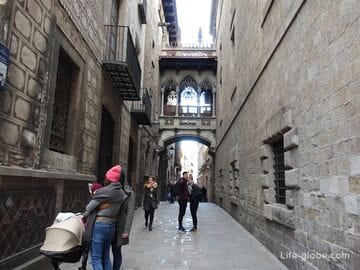 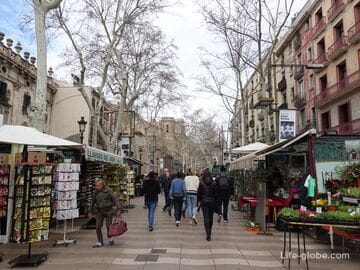