German Museum, full name: German Museum of Masterpieces of Science and Technology (Deutsches Museum, Deutsches Museum von Meisterwerken der Naturwissenschaft und Technik) - the largest and most important scientific and technical museum in the world, which presents more than 30 thousand exhibits from 50 fields of natural science and technology, from astrophysics to cell biology.

Today, in addition to the main Museum building in Munich, German Museum has four branches, one of which is located in Munich, and the other three outside of the city.

German science and technology Museum in Munich was established on 28 June 1903 at the suggestion of Oskar von Miller at the annual General meeting of the Association of German engineers (Verein Deutscher Ingenieure), which have been working engineers and scientists.

Initially, exhibitions were opened in 1906 in temporary halls. The first exhibits consisted of mathematical and physical collections of Bavaria.

The construction of the new building of the Museum began in 1906. The location for the Museum was chosen as the island in the river ISAR (Isar), which was called "Coal island" (Kohleninsel / Coloniser), but then was renamed Museum island (Museumsinsel).

After serious devastation during the Second world war, the Museum was reopened in 1948 and later expanded several times and updated. 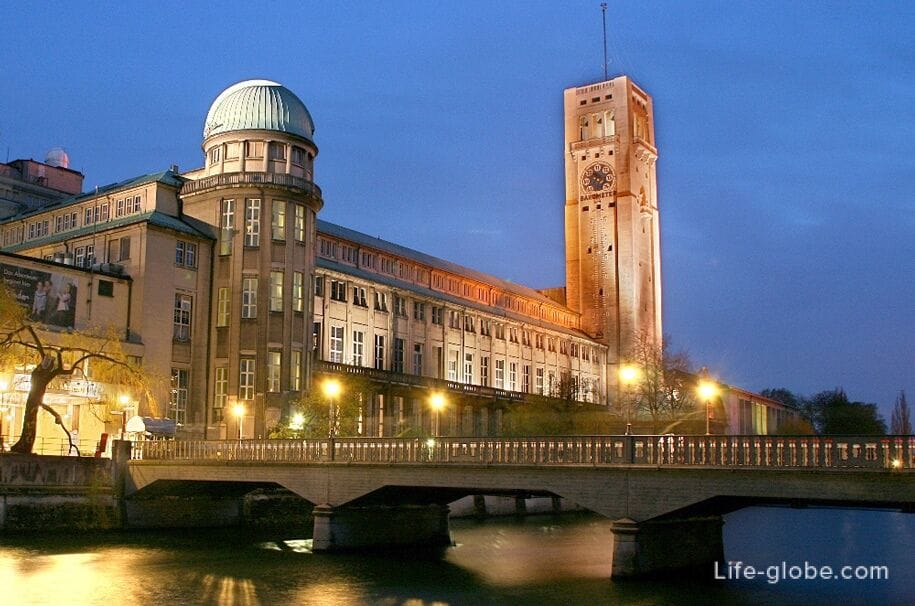 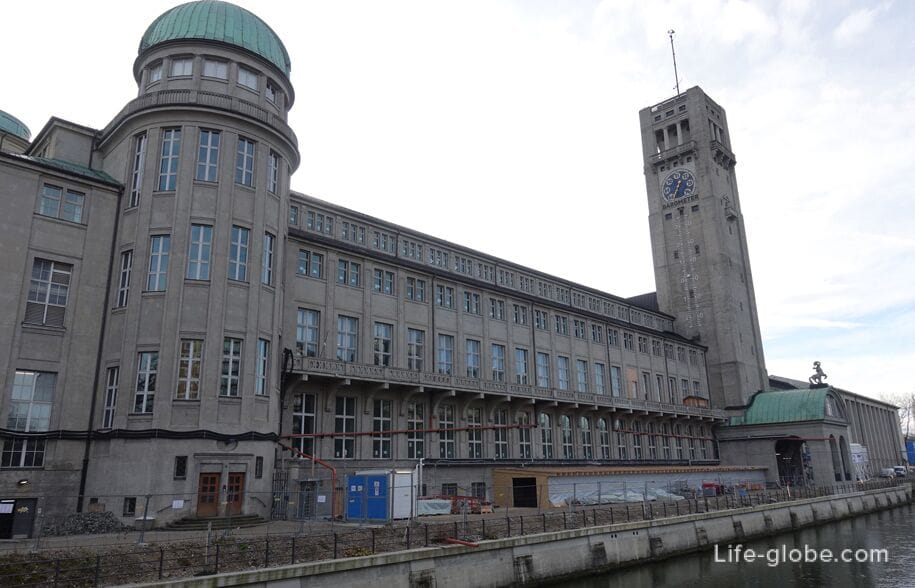 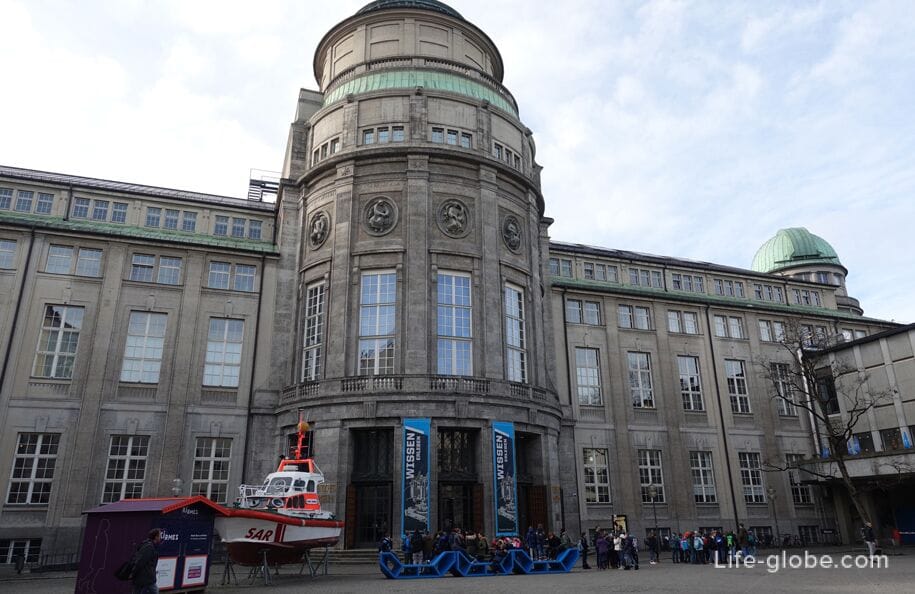 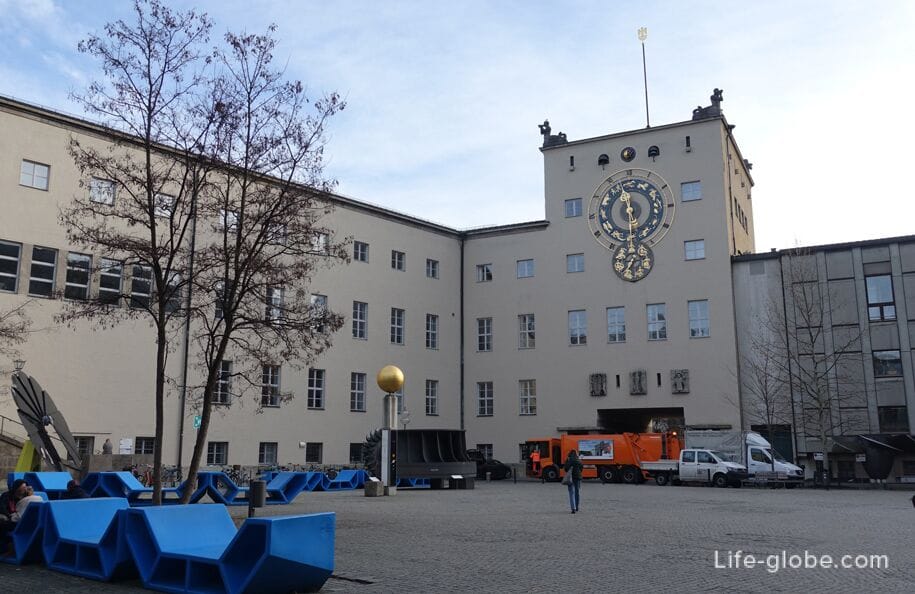 Today the Museum area is 73 000 square meters, which house the exhibition space, where there are about 50 thematic areas from the stone age to the present: agricultural and food engineering, astronomy, chemistry, photo and film, aerospace and marine research, physics, navigation, telecommunications, etc.

The purpose of the German Museum is providing scientific and technical knowledge to all interested people who are not specialists in a particular field of science or technology, in the most clear, accessible and visual form and with specific examples.

Deutsches Museum is not only an exhibition space but also a huge Playground, where visitors can not only see, but also to out - turn buttons, switch levers and switches and touch many of the exhibits. 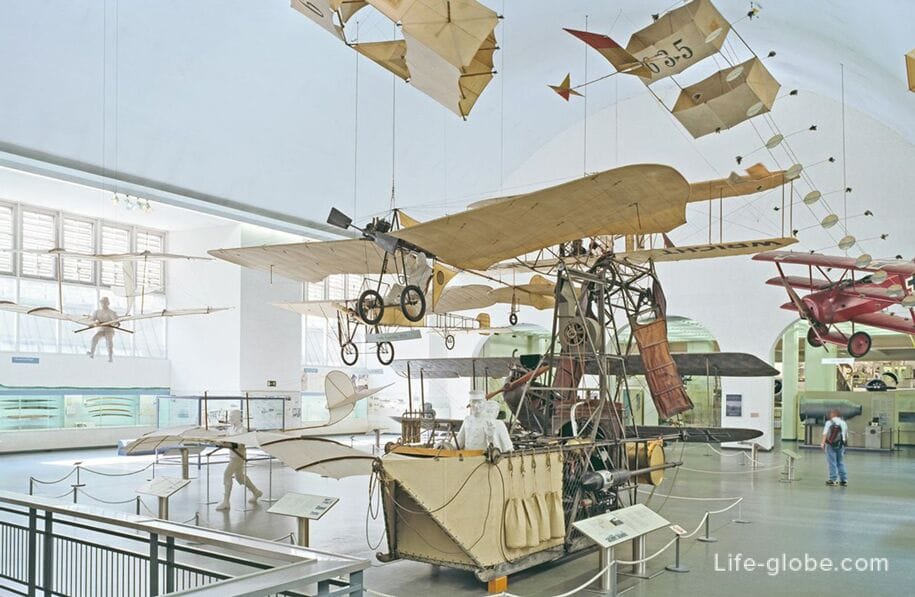 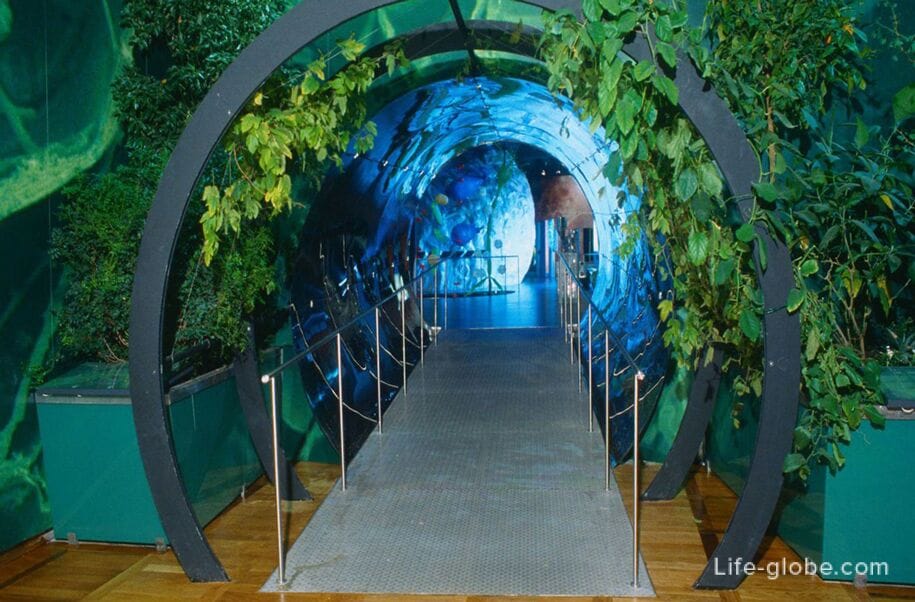 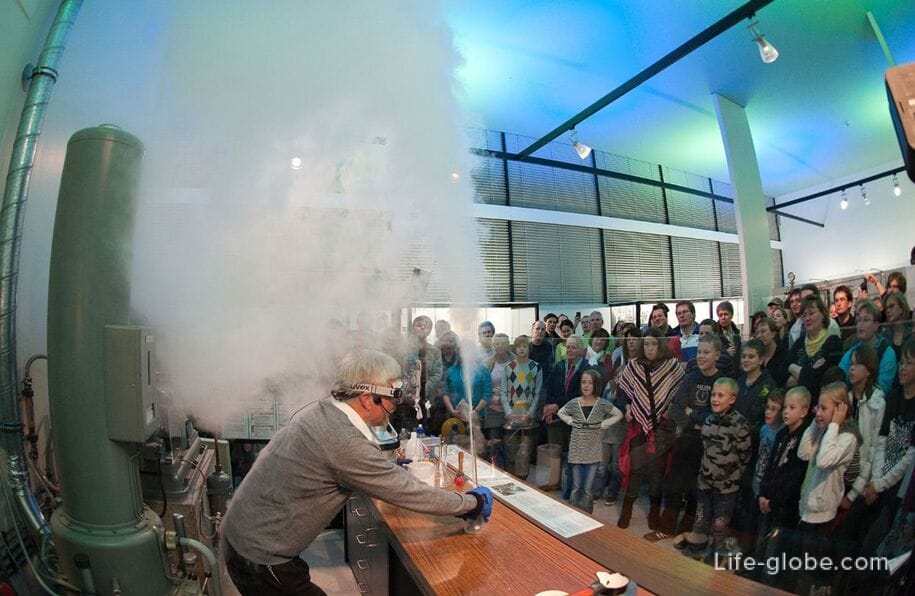 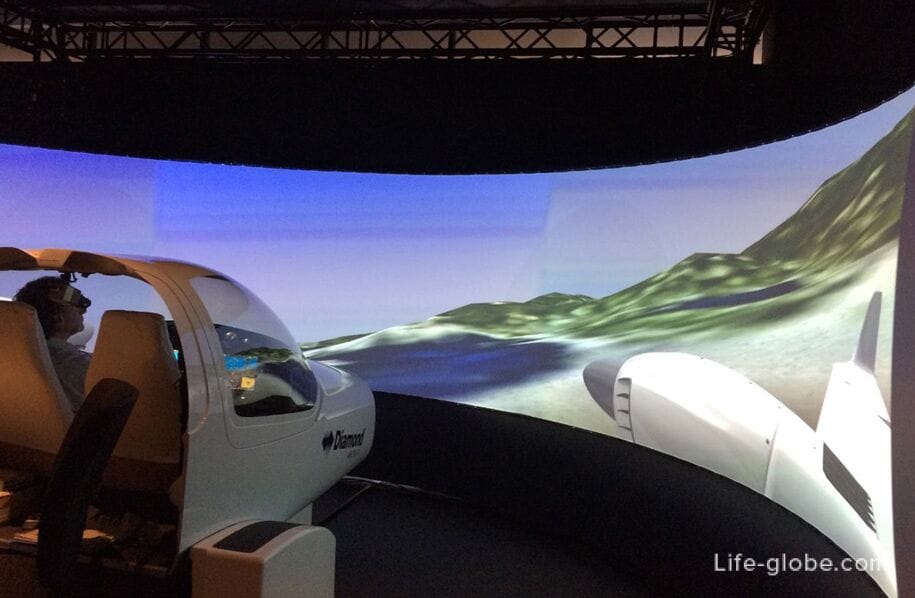 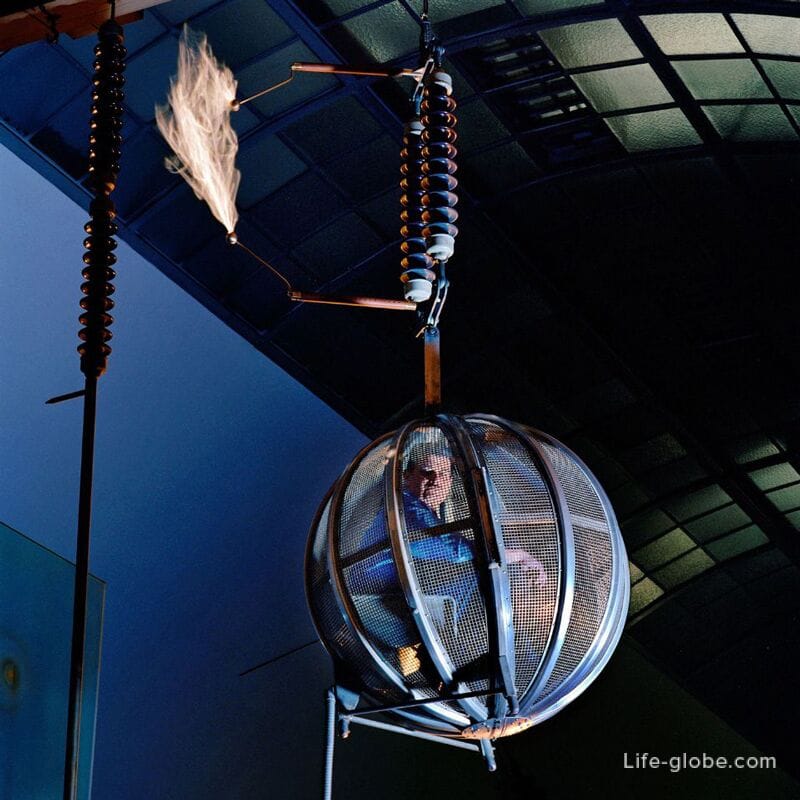 Tunnel the world with a length of almost one kilometer, the dark mountain range, leading deep under the Museum, especially popular among visitors to the Museum. 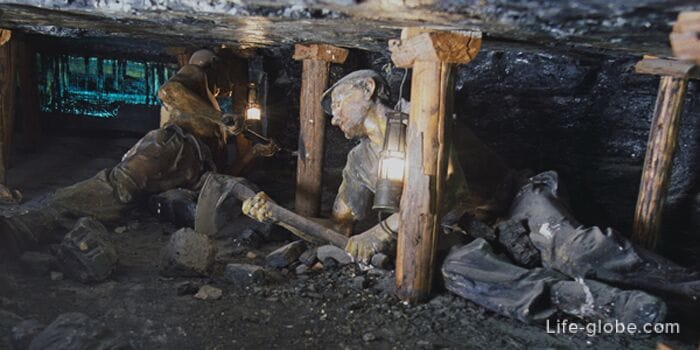 Planetarium and Observatory of the German Museum also deserve attention. They offer the types of our universe show about the wonders of astronomy.

With the help of precise optical mechanical star projector and digital projection system, visitors get a deep view of the universe.

The Observatory offers two observations: the Eastern dome mirror telescope Görz and the Western dome with refractor (lens telescope) of the company Zeiss. There is a daily and twice a week for the evening observations.

Below are the planetarium's observation deck, accessible to visitors and offers panoramic views of the part of Munich. 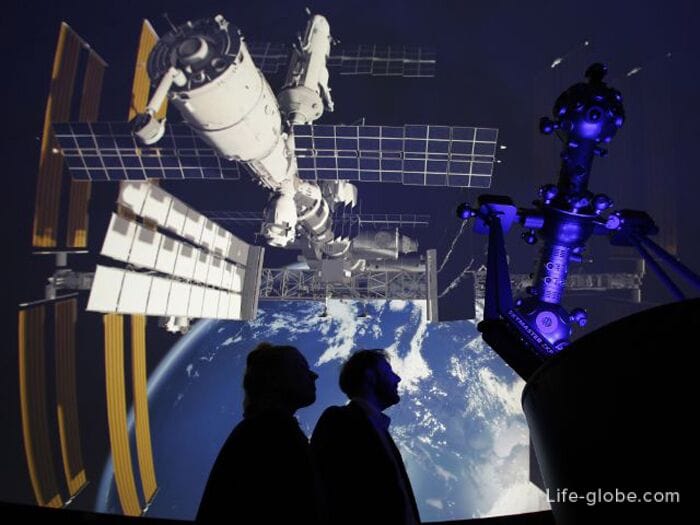 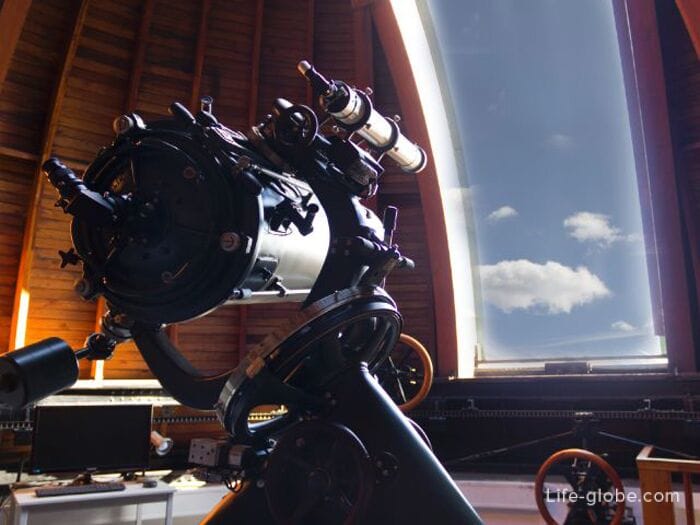 The on-site Museum is a children's area, suitable for younger guests aged 3 to 8 years. Located here: pulley and giant guitar, mirrored wardrobe and gear, ball track and building blocks, optical table, etc. - everything you can touch and try out in person. 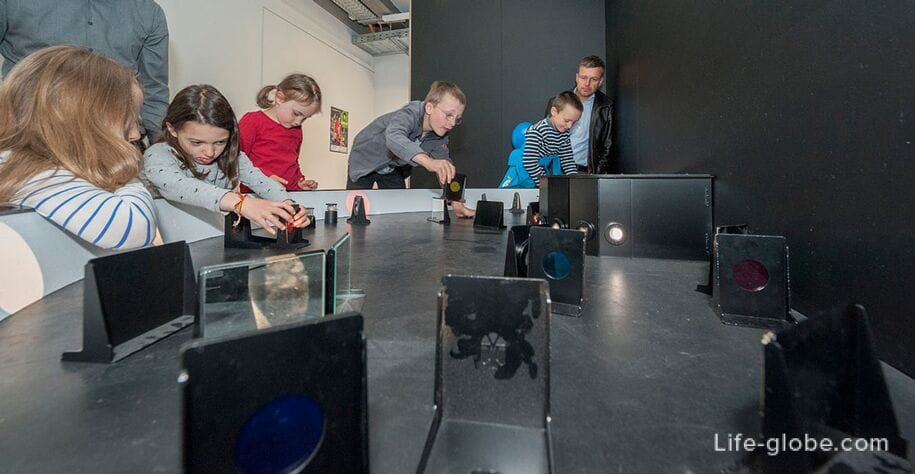 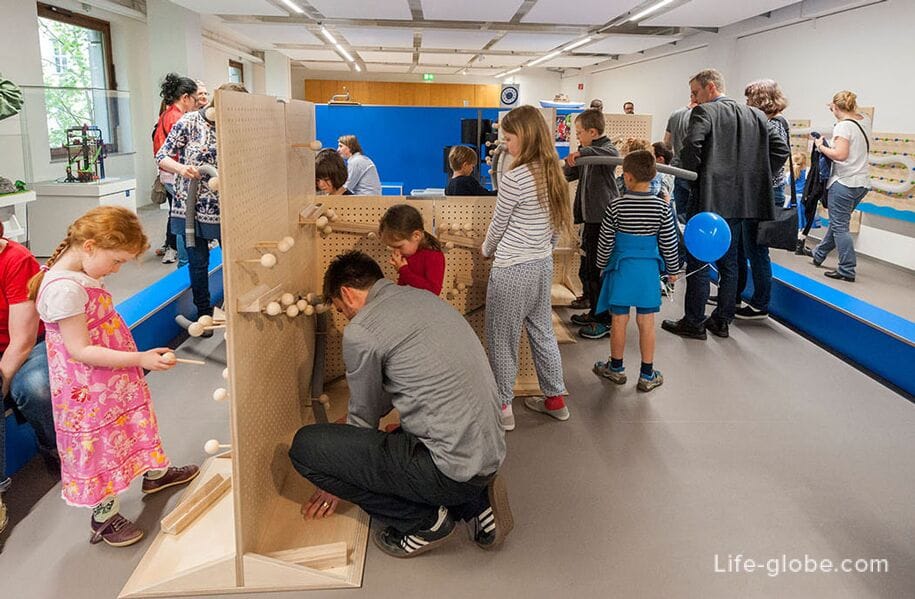 On weekends a wide range of interactive programs for families and children aged 4 to 8 years.

The German Museum of masterpieces of science and technology is located in the centre of Munich, on the Museum island, at the address: Museumsinsel, 1.

There is also a combined ticket which gives you the opportunity to visit the main building of the Deutsches Museum, and two Museum branches (transportation center and aviation hall) - 21€. The ticket is valid for an unlimited period to visit.

The exact cost of tickets, as well as the working hours and conditions we recommend you to contact just before visiting on the official website.

The website of the German Museum in Munich: deutsches museum.

Branches of the German Museum

The permanent exhibition is divided in themes "Urban transport", "Travel" and "Mobility and technology". Highlights include the first car from Benz, Messerschmitt cabin scooter and motorcycle from BMW, which a world record was set in 1935.

The Museum has its own Playground.

The Museum is located near Theresienwiese, at: Am Bavariapark, 5. 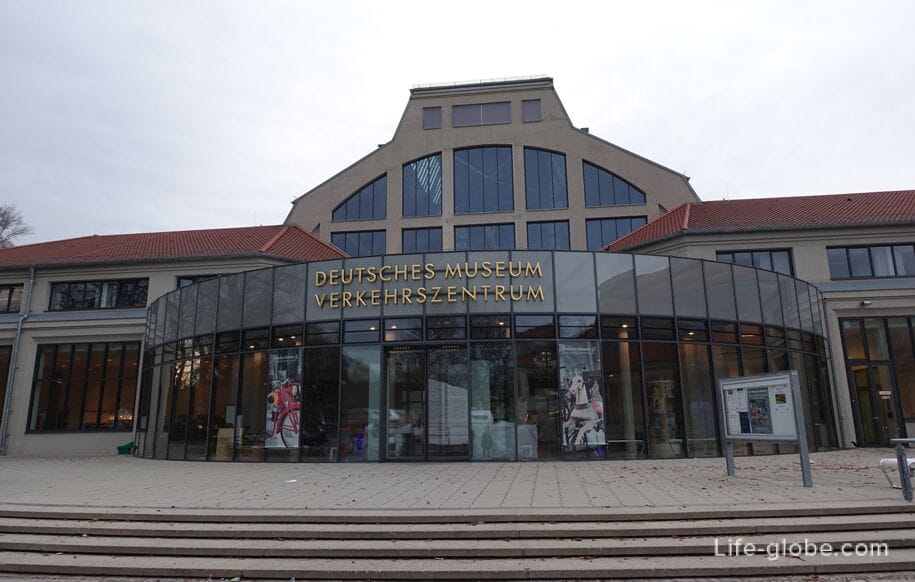 Deutsches Museum flugwerft Schleissheim (Schleißheim Munich) was opened in September 1992 at the old preserved airfield of Germany in the German town of Oberschleißheim near Munich.

The main exhibition of the Museum hangar is a restored glazed building.

This aircraft Museum, which complements the German Museum with exhibits of the aerospace industry, including: aircraft, military jets, helicopters, a blimp and Schleißheim aircraft engines.

On the territory of the Museum is a glass workshop where visitors lovers of flight and technology can observe how the restorers and workers dismantle and restore different airplanes.

If you want to "fly" themselves, in the Museum you can try a flight simulator on the helicopter without fear of collision.

The highlight of the year - the annual vintage arrival, takeoff and landing, you can see about 60 aircraft. 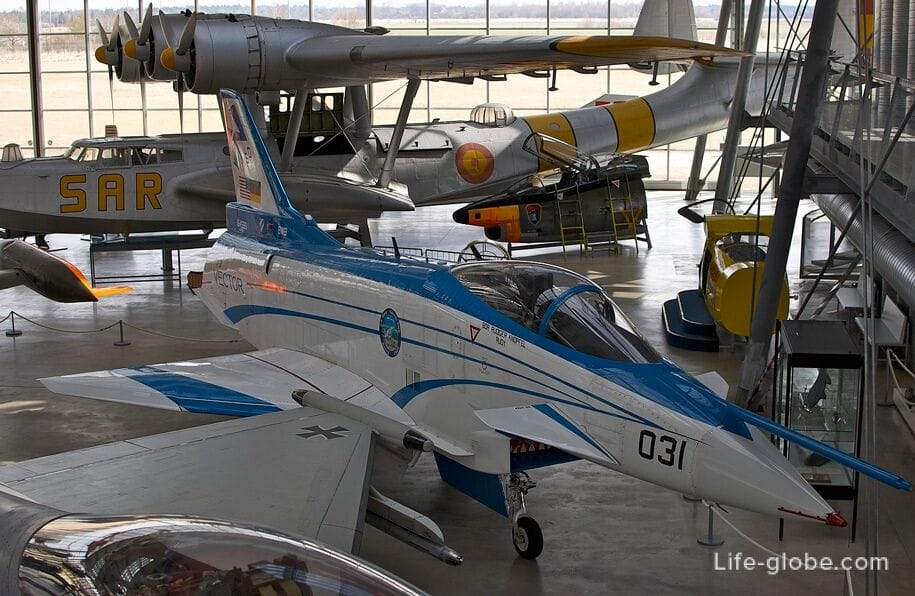 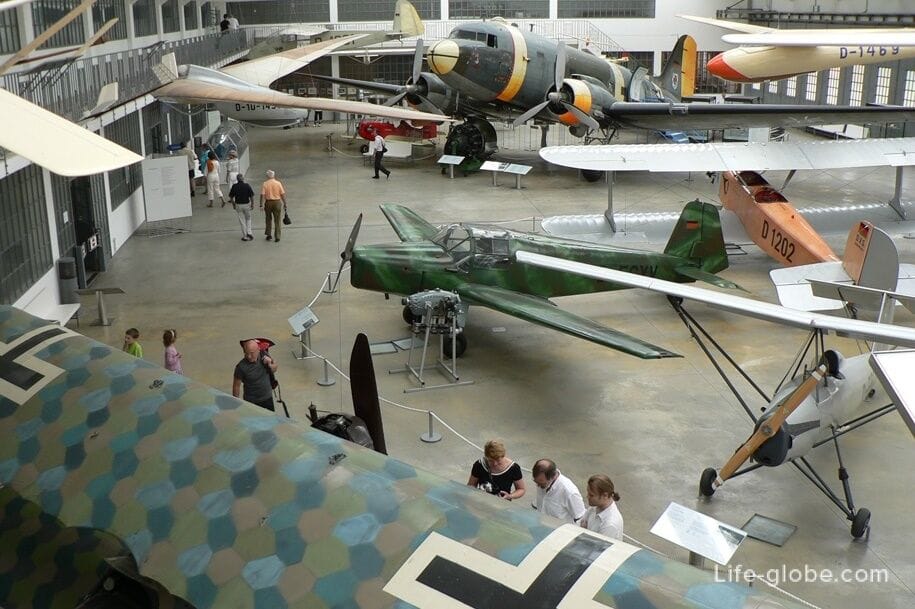 The Museum presents exhibits and experiments of famous scientists, technicians and inventors. Focuses on research and technology in the field of biology, chemistry, medical technology, aerospace, physics and ecology in Germany after 1945.

In the exhibition area there are various opportunities for understanding the physics in the truest sense of the word in practical experiments.

The Museum is located in the city of Bonn, at the address: Ahrstraße, 45. 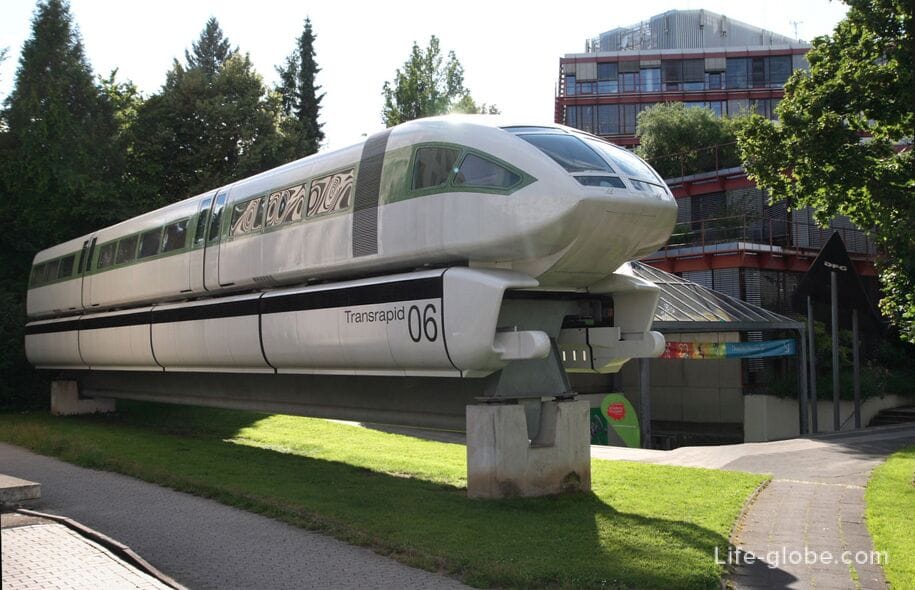 German Museum Nuremberg (Deutsches Museum Nürnberg), which opened in the fall of 2021 in the old town of Nuremberg.

The museum has several thematic exhibitions dedicated to the themes: work and daily life, body and soul, system city, system earth and space and time.

The museum is informative and interactive.

The museum is located in the city of Nuremberg, at the address: Augustinerhof, 4. 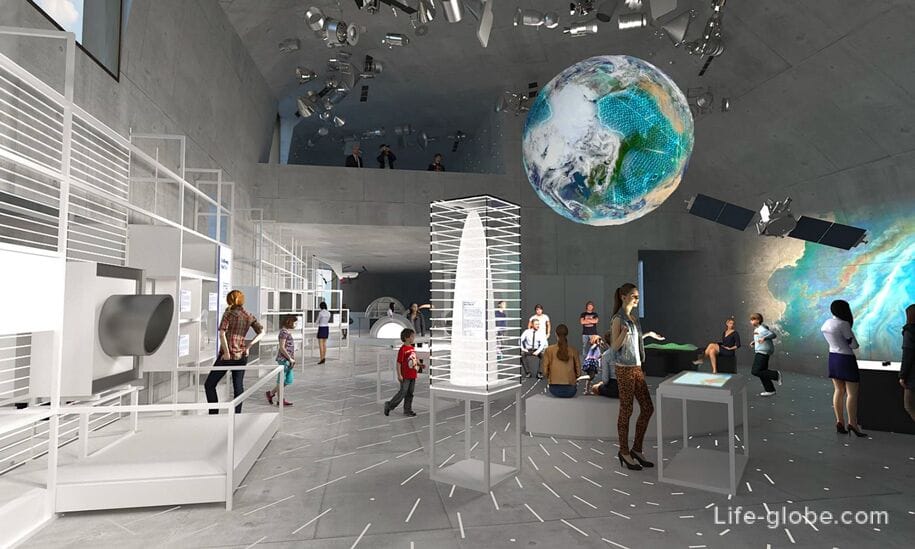 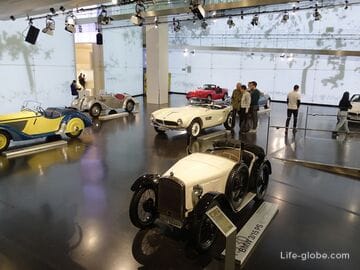 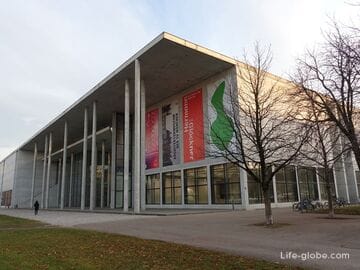 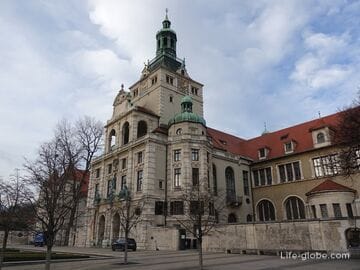