Capodimonte Park - beautiful large Park, one of the largest in Italy, designed in the English style of gardening, which is also called landscape work of art.

The Park area is 134 hectares with more than 400 different plant species, planted over two centuries.

For their historical, architectural and Botanical heritage real Bosco di Capodimonte in 2014 was named the most beautiful Park in Italy. 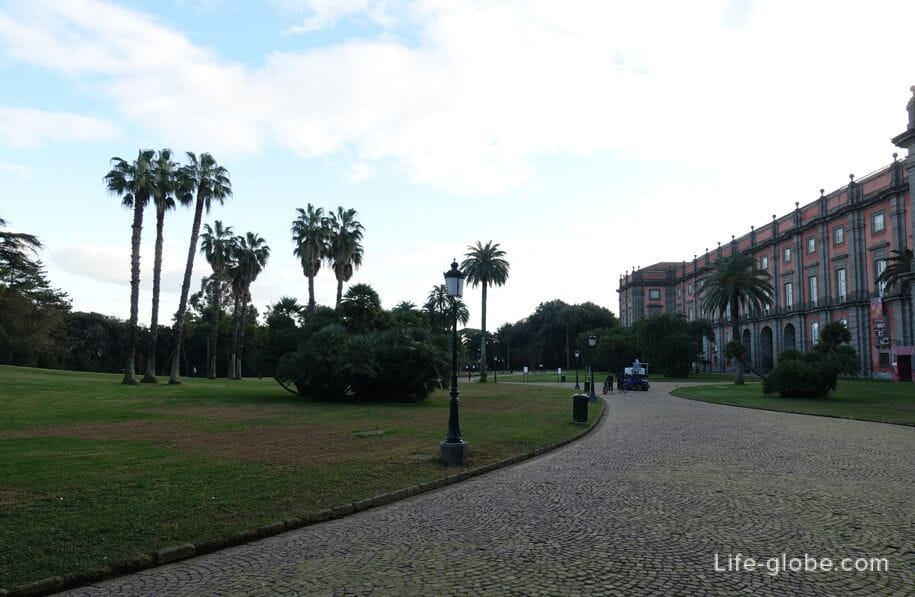 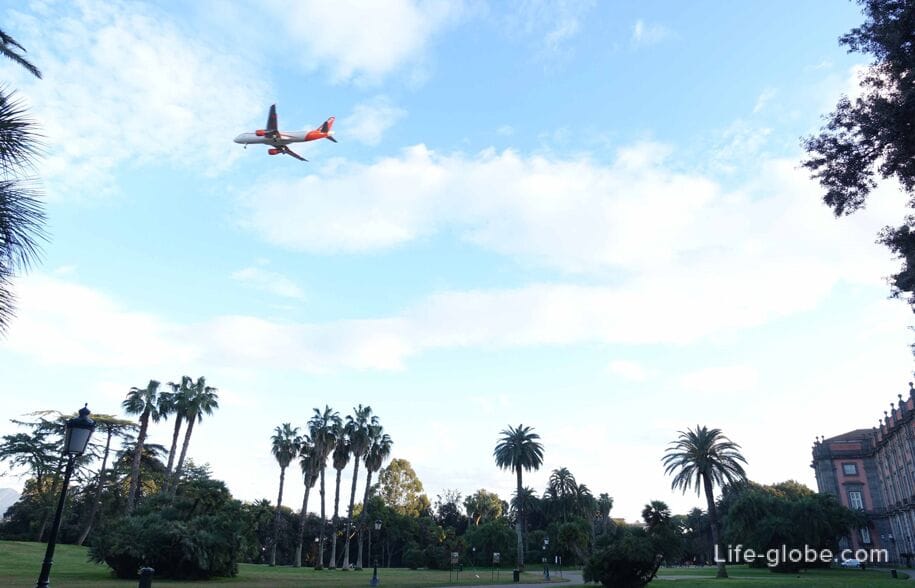 Garden Capodimonte formed as part of a large group of lands, known in the period of Bourbon as "Royal place". The Park once used for hunting.

The Central place in the Park is a historic Royal Palace of Capodimonte (Capodimonte Royal Palace) - the former summer residence and hunting Lodge of the kings of the two Sicilies, and one of the two Royal palaces in Naples.

"Capodimonte" means "top of the hill," and the Palace was originally just outside the city, which over time has expanded and grown, thus surrounding the Palace and the garden.

The Palace was built on the hill of Capodimonte in 1738 by order of the king of Naples and Sicily Charles VII (later Charles III, king of Spain). Initially, the Governor wanted to build a hunting Lodge, but then decided that instead he will build a Grand Palace (Royal Palace), partly because his existing residence then the Palace of Portici, was too small to accommodate the courtyard, and partly because he needed somewhere to place the art collection of the Farnese, inherited from his mother, Elisabetta Farnese.

Work on the construction of the Palace began in August of 1738, however, its completion took more than a century, partly because of the difficulty of transporting piperno. In 1758 opened the first part of the Palace where took the collection of works of art.

In the subsequent Royal Palace changed several owners, but remained residences, and the collection of works of art and weapons replenished.

In the early 20th century the Palace became the residence of the Dukes of Aosta. Then, in 1920, it became property of the Italian state. And in 1950 the Museum.

Currently, the walls of the Palace is one of the largest museums of Italy - the art Museum of Capodimonte (Museo di Capodimonte), full the official full name is the National Museum and gallery of Capodimonte (Museo e Gallerie Nazionali di Capodimonte). The most valuable part of the Museum is an art gallery with paintings of Italian artists of the Renaissance. Also in the Museum are some important ancient Roman sculptures, part of the Farnese family collection, antique furniture from the 18th century and a collection of porcelain and majolica from the various Royal residences.

The entrance ticket to the Museum € 12, Park free. 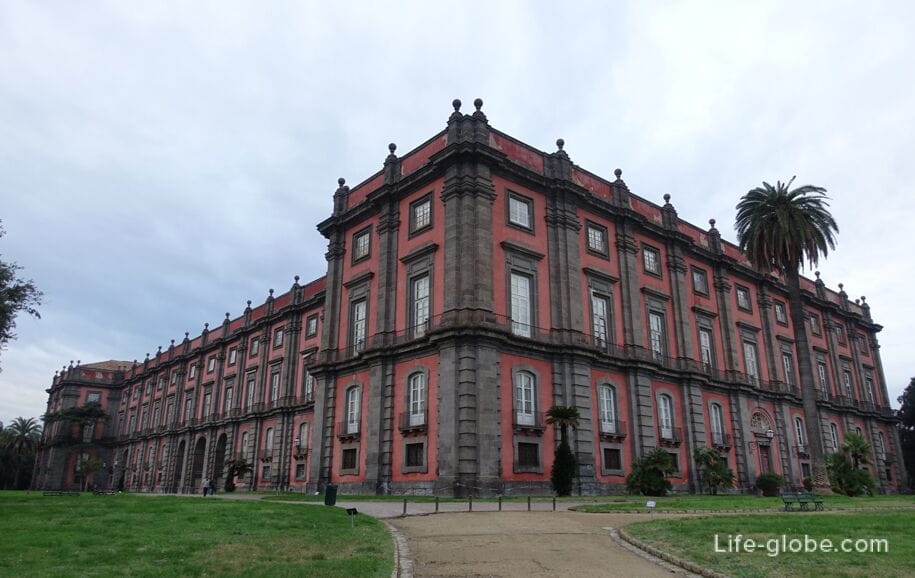 famous historic Belvedere fountain (Fontana del Belvedere), built by order of Umberto I of Savoy, the sculptor Antonio Bellucci. The current fountain was reconstructed from sculptural finds already located in the Park, originally in the garden of Torre; 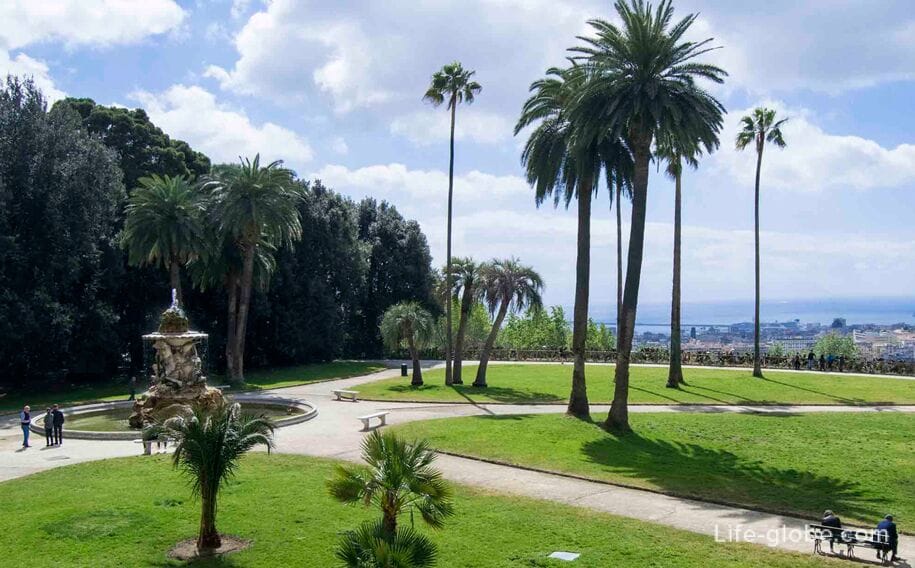 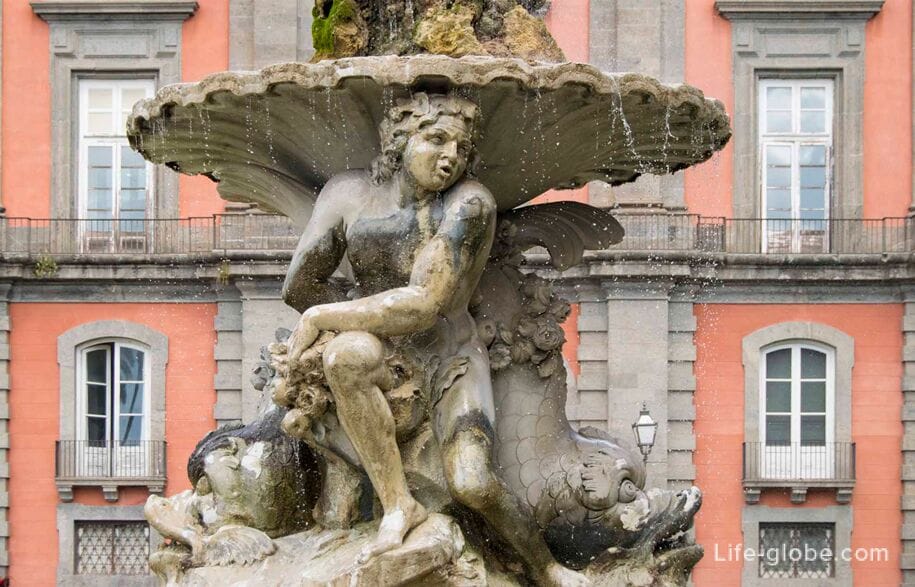 - lookout point Belvedere, with views of part of Naples Gulf of Naples and the surrounding area. 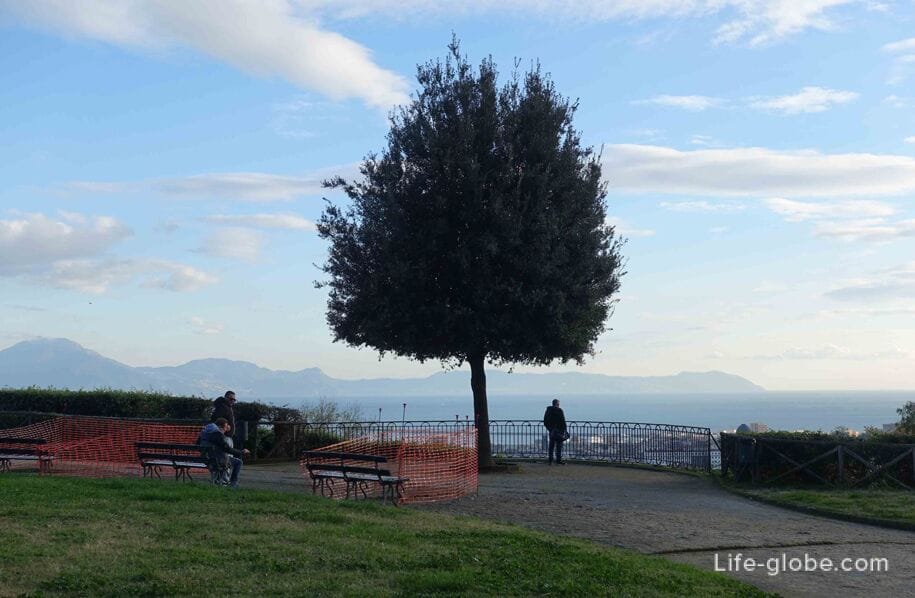 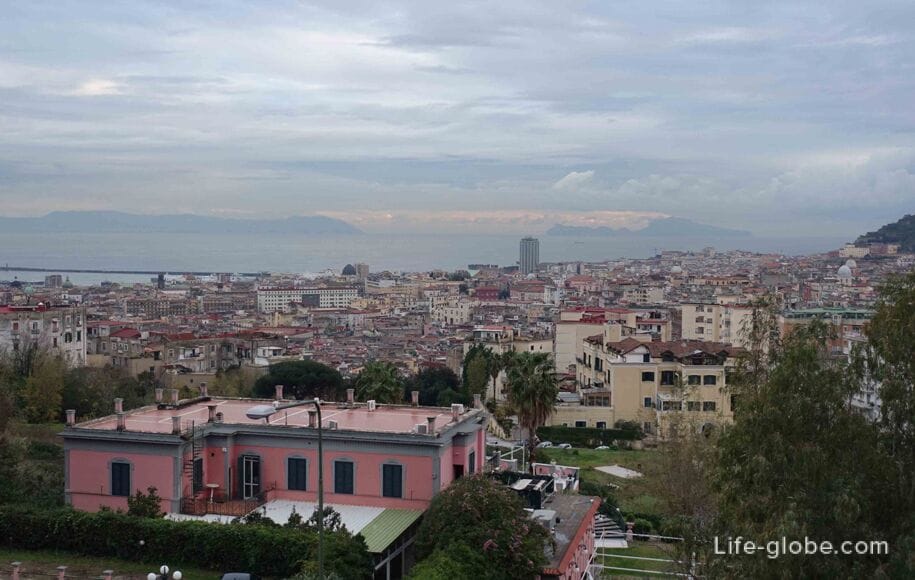 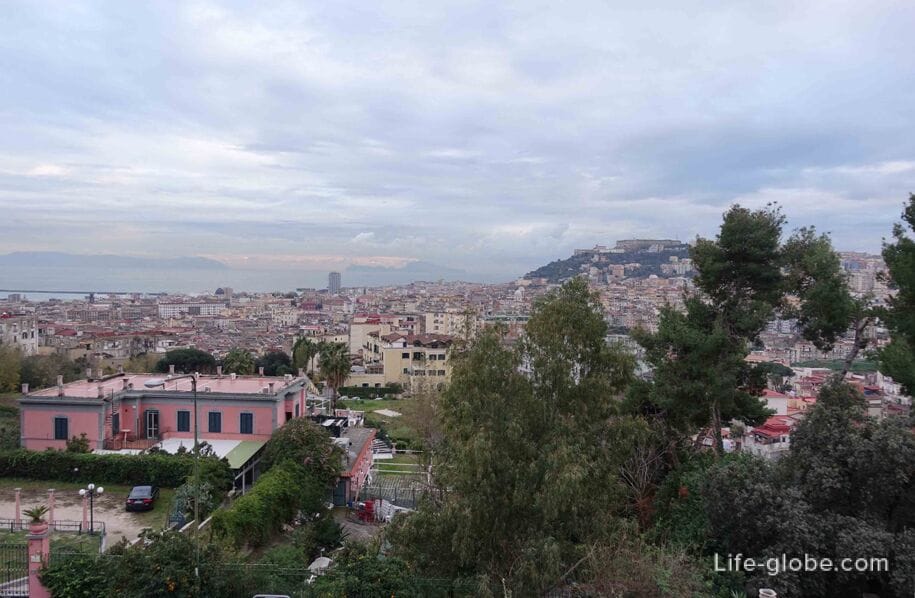 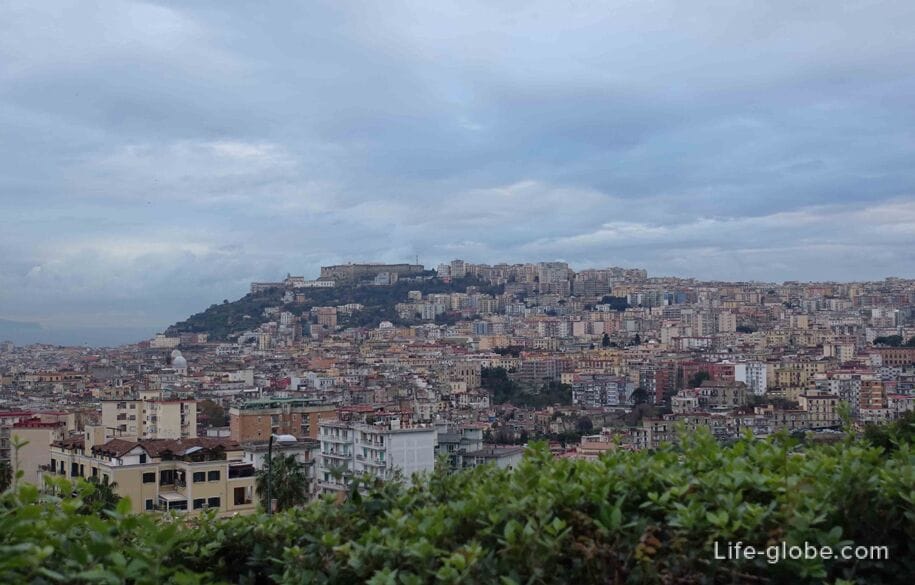 In the Park are 6 main routes passing through the most sensitive area of garden Capodimonte. Along the way: statues, places to stay, historical buildings for various purposes:

Palazzina dei Principi is an elegant and simple building, already existed in the Royal Palace. In 1826 Francesco I assigned him a residence of the Royal princes. 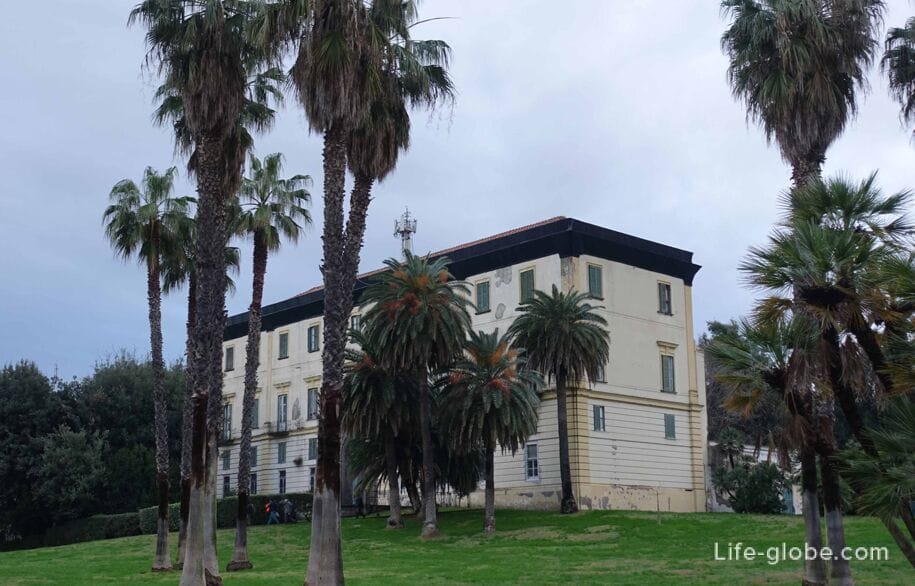 Porcelain factory (Manifattura di Porcellana) - from 1743 to 1759 there was a famous porcelain factory of Capodimonte, one of the Royal manufactories, founded by Charles of Bourbon. Today it is the headquarters of the State professional Institute for industry and crafts Giovanni Caselli. 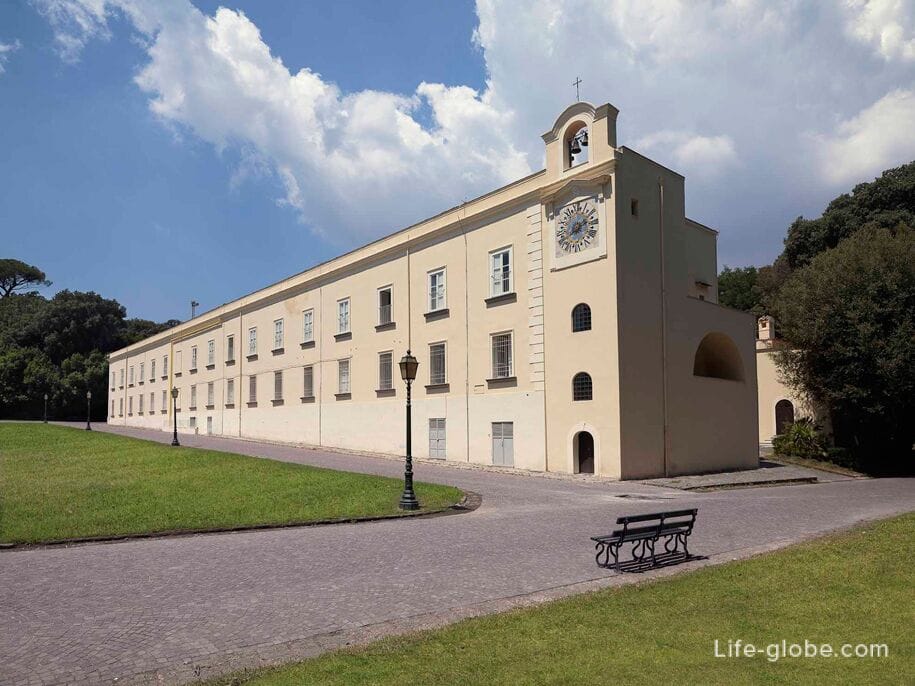 Church of San Gennaro (Chiesa di San Gennaro) - the work of the architect-scenographer Ferdinando Sanfelice, built by order of Charles of Bourbon in 1745. 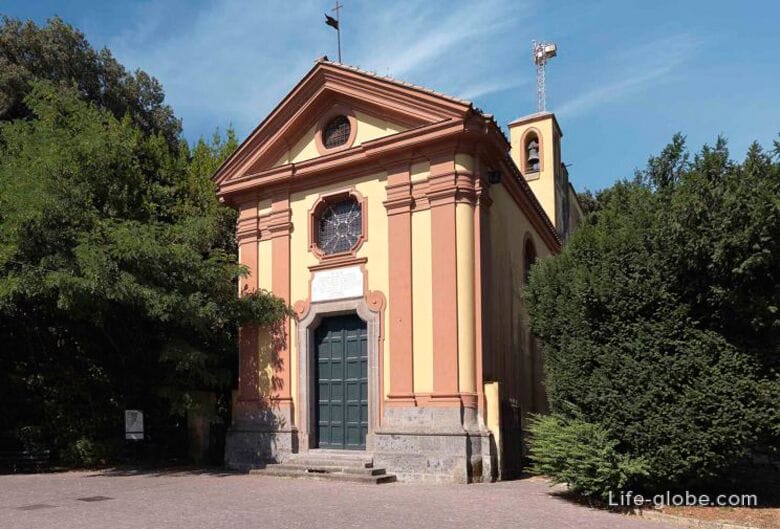 Cellaio - from the eighteenth century the building was used for storing wine barrels, firewood, acorns, and wheat, millet, pulses and by-products used for animal feeding or was up for sale. Today, the building hosts a variety of conferences and events. 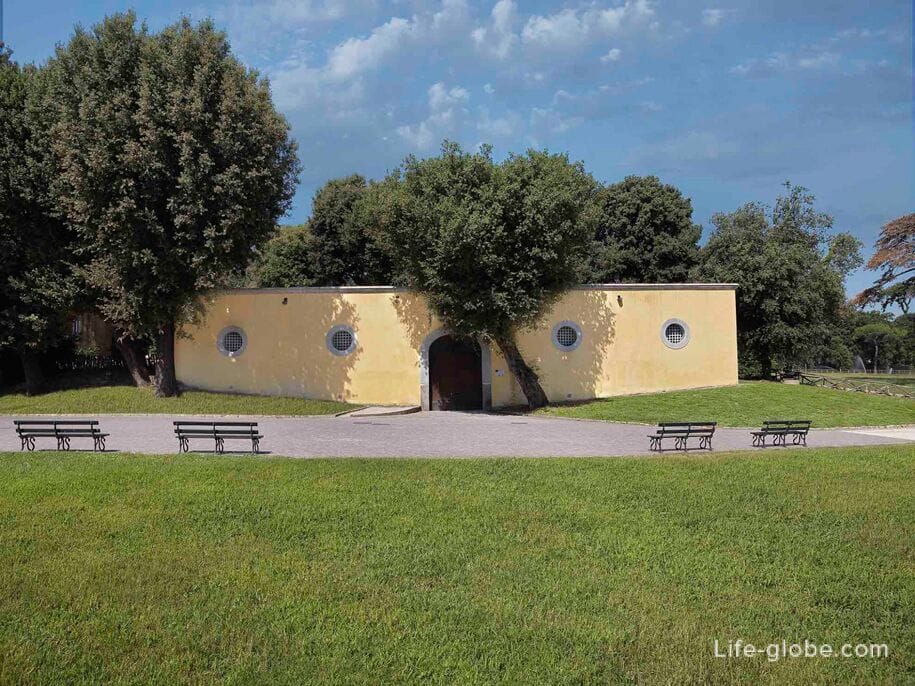 Pageantry (Fagianeria), also known as the "House foreign pheasants", were ispolzovalis for hatching and content of Chinese, American and Pavlina pheasants. Hunting of these birds was a priority for Charles III, and was widely practiced in the Royal reserves. The current building is the result of the restoration of the original design, which preserved only one of the two buildings. 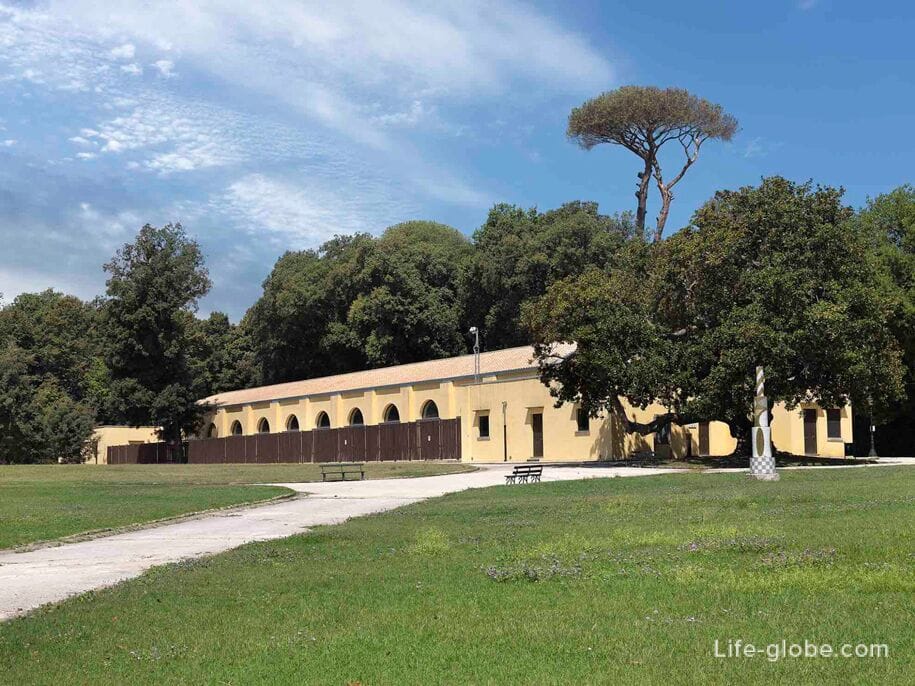 Kapriya (Capraia) is a complex, known in the nineteenth century Casino della Capraia ("Casino della Capraia"), consisting of two rural buildings. In the main building, Capraia on the ground floor were the premises for agricultural uses, stables and a barn, and on the top floor of a residential building. Although the building has retained its layout of the 19th century, it was renovated in the twentieth century.

In the room is the center of history of art and architecture of port cities "La Capraia". 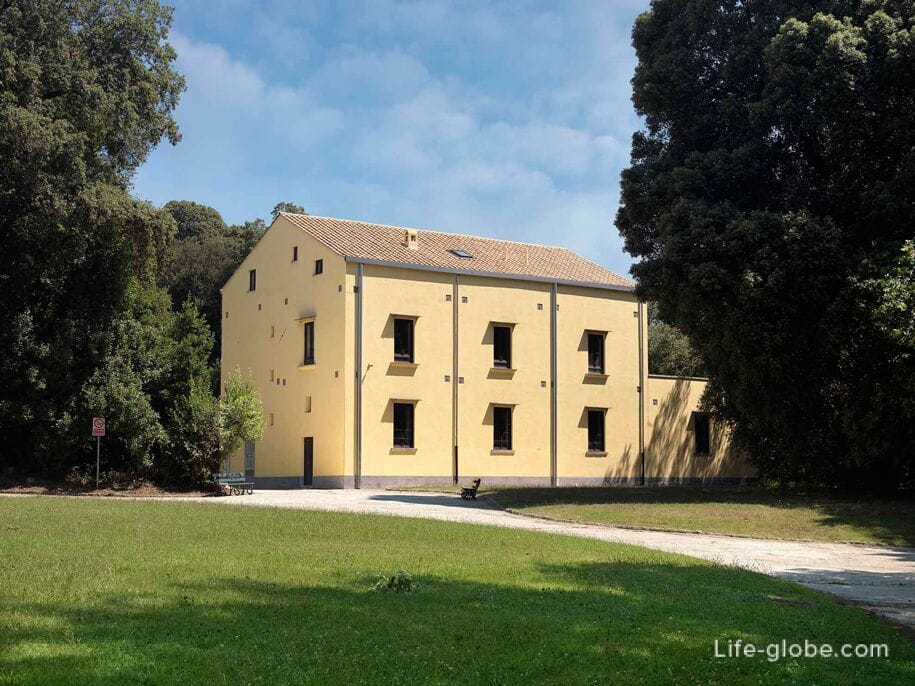 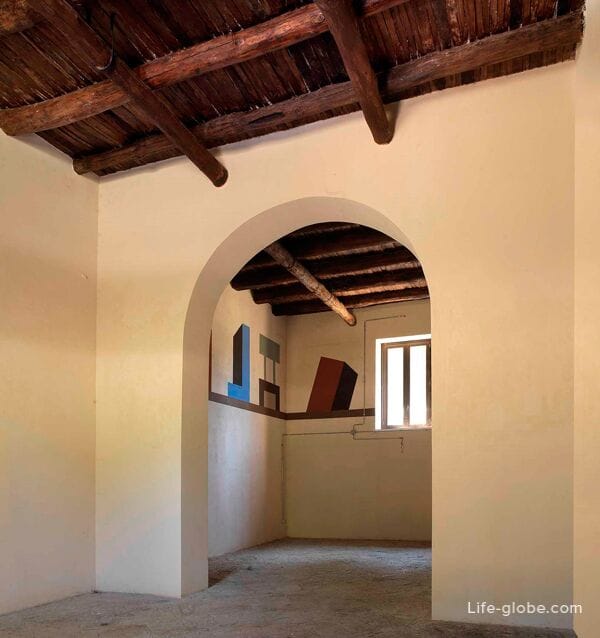 Garden house and grounds (Giardino Torre) - consists of many fruit trees, as it was in the eighteenth century, when it was known as "Giardino di Banker" in origin and the family of gardeners who took care of this place with the aim of growing fruit, including exotic: pineapple, currant and raspberry. 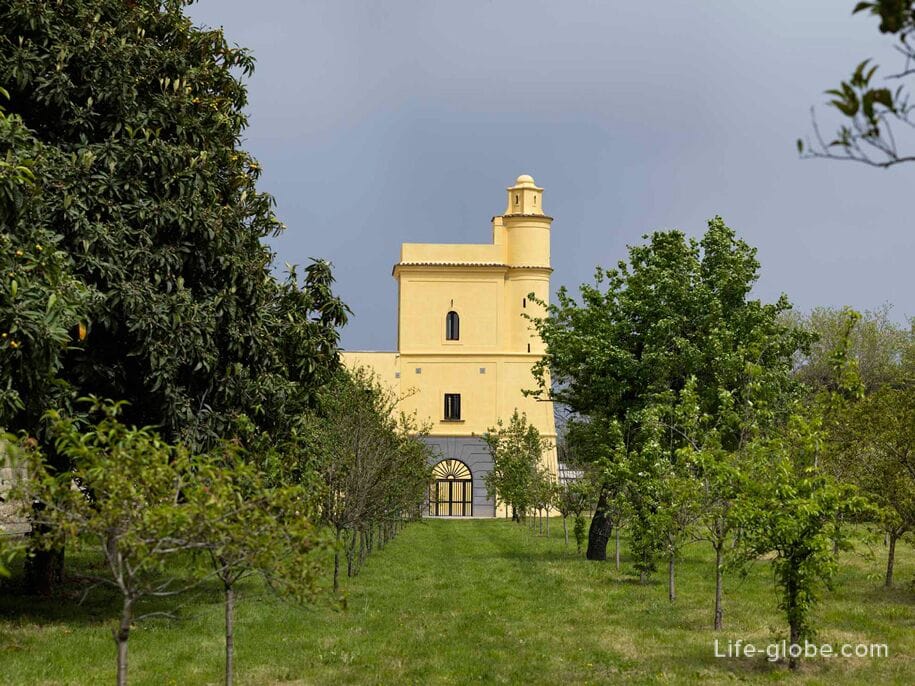 The Capuchin Hermitage (Eremo dei Cappuccini), a former monastery, which, apparently, was destined to become a Regional school for gardeners, the Higher technical Institute for the conservation and requalification of the historic parks and gardens. 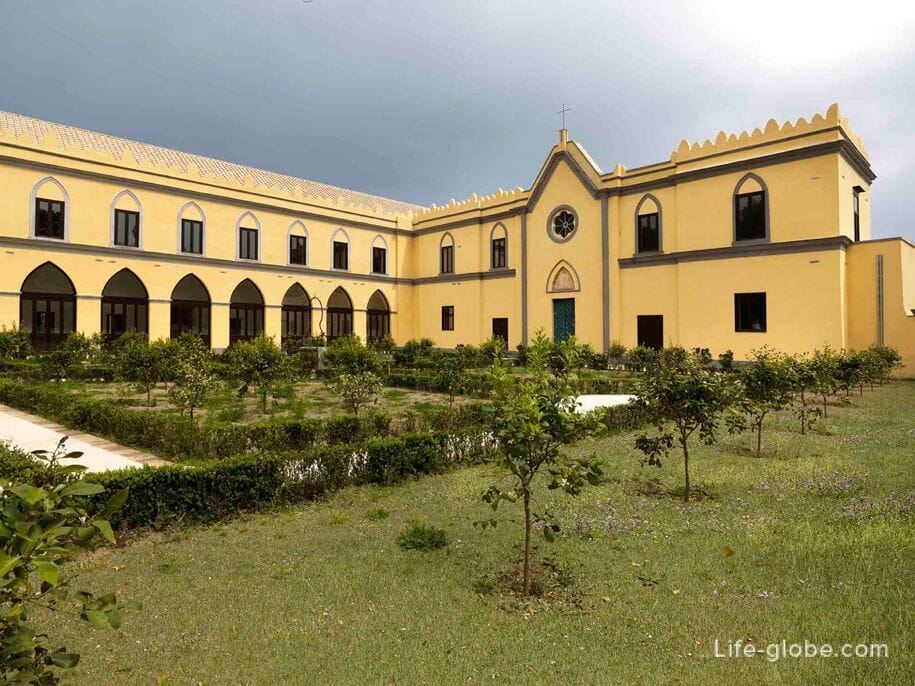 Vakharia (Vaccheria) - the building that once contained the animals, is currently home to the carabinieri of the Park. Most likely, also will be first aid for visitors and Park staff. 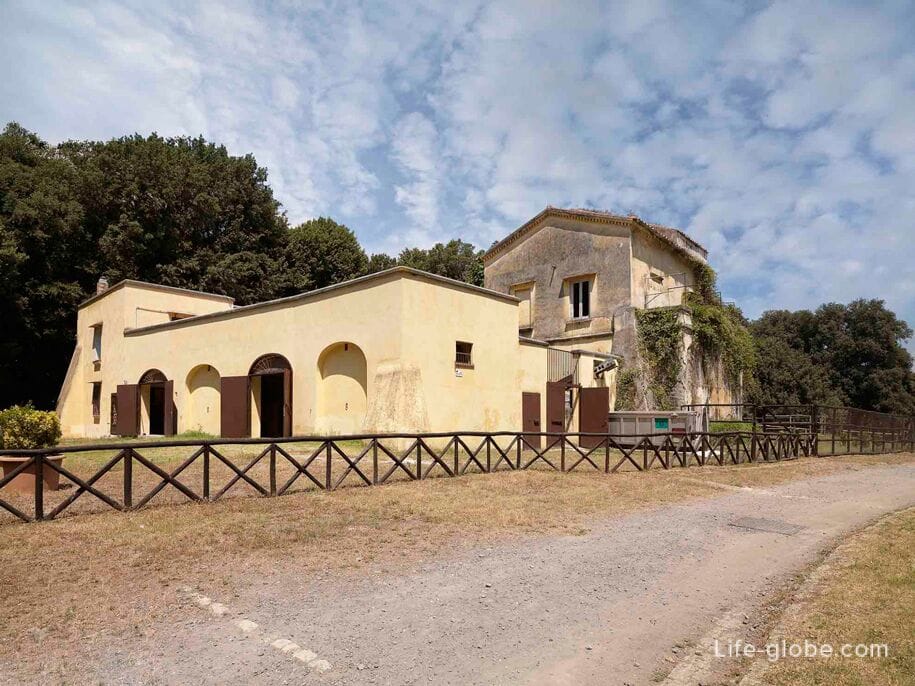 The stables (Scuderie Le) - in the past there was a livery stables of the Royal court. With the administrative reorganization, the building may become home to Fund the Neapolitan music. 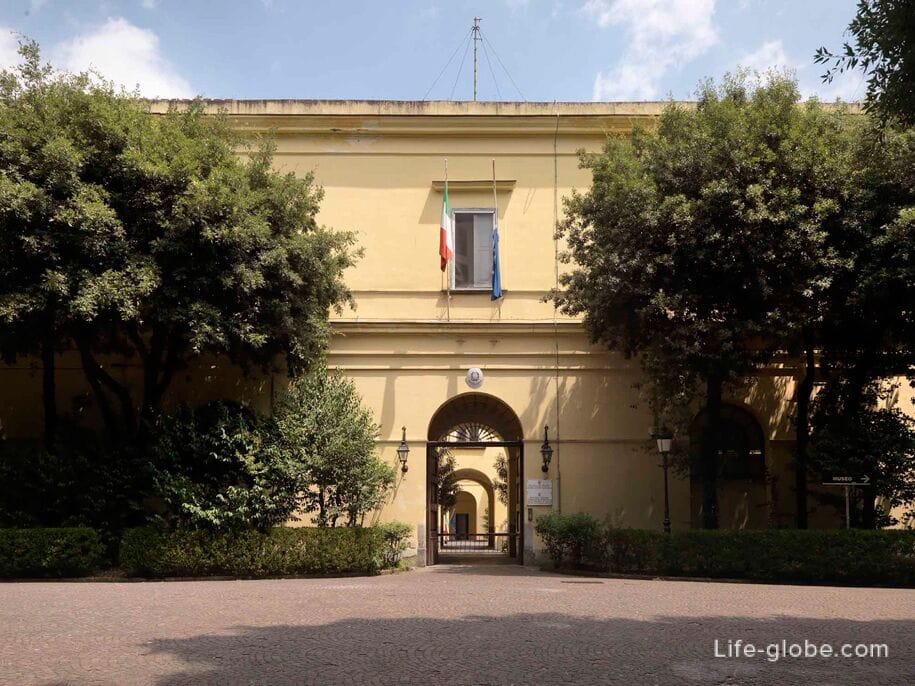 Rokkolo (Roccolo) is a former lookout tower, used for hunting purposes, built of brick and has a square shape. 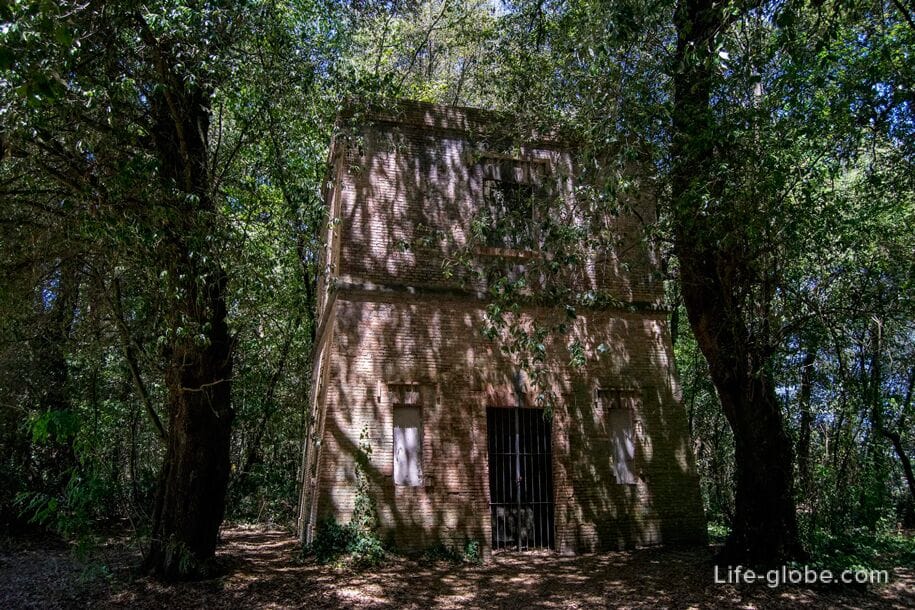 Official site: all the necessary information - opening hours, ticket prices, attractions, how to get there (Shuttle, buses, metro) + routes in the Park, you can check on the official website of the Bosco di Capodimonte. 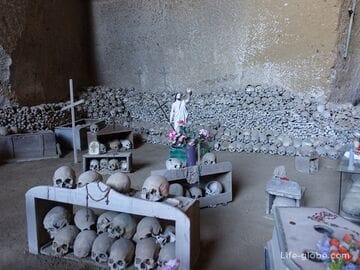 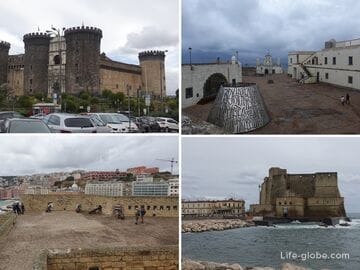 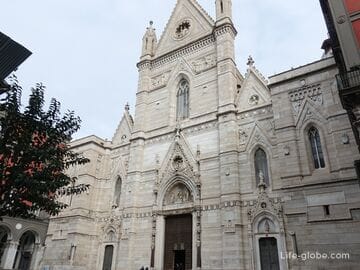