Victory Square (Piazza della Vittoria) is one of the central and largest squares of Genoa.

Victory Square is considered one of the nodes of the city center and is connected by one of the main commercial arteries of the city - by the 20th of September Street (Via XX Settembre) with the most famous and visited square of Genoa - Ferrari Square (Piazza De Ferrari).

The construction of Victory Square dates back to the 30s of the 20th century, on the site that was formed after the restoration of the city wall in 1892 as a meadow and was used as an esplanade for exhibitions, parades and a place of entertainment.

The square got its name "Victory" in honor of Italy after the First World War. 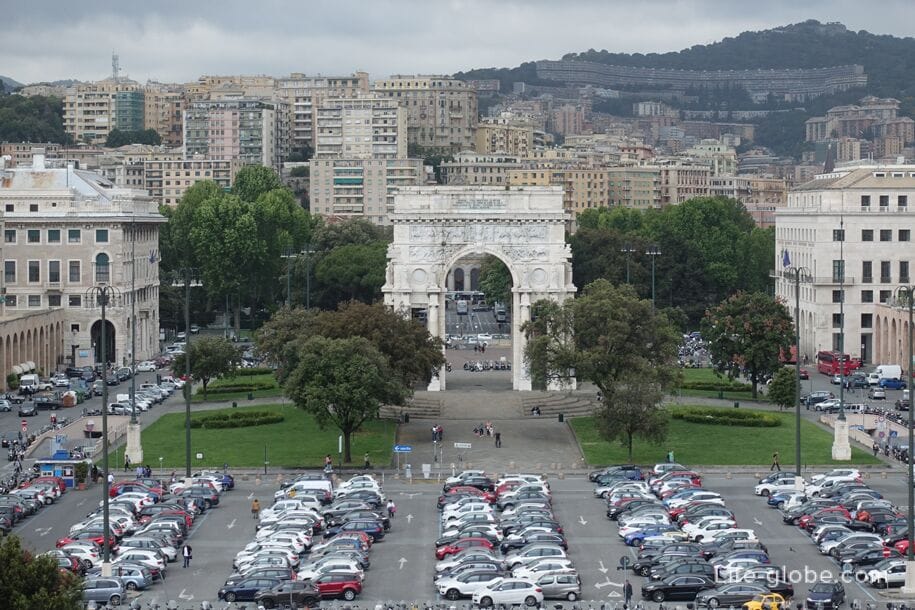 The center of the square is decorated with the monumental Victory Arch (Arco della Vittoria), which is a memorial arch dedicated to the Genoese who died during the First World War.

The arch was erected by architect Marcello Piacentini and sculptor Arturo Dazzi. The opening of the arch took place on May 31, 1931.

The appearance of the arch resembles imperial Roman architecture and architecture of the 16th century, which gives the monument a strong, heroic and triumphant look.

The arch has a height of 27 meters; it is decorated with sculptures and bas-reliefs with allegories. 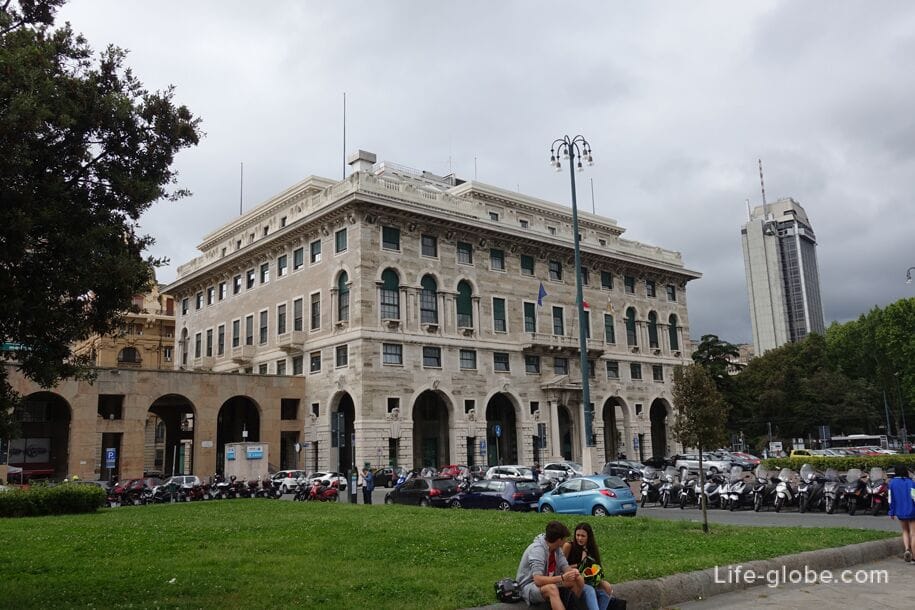 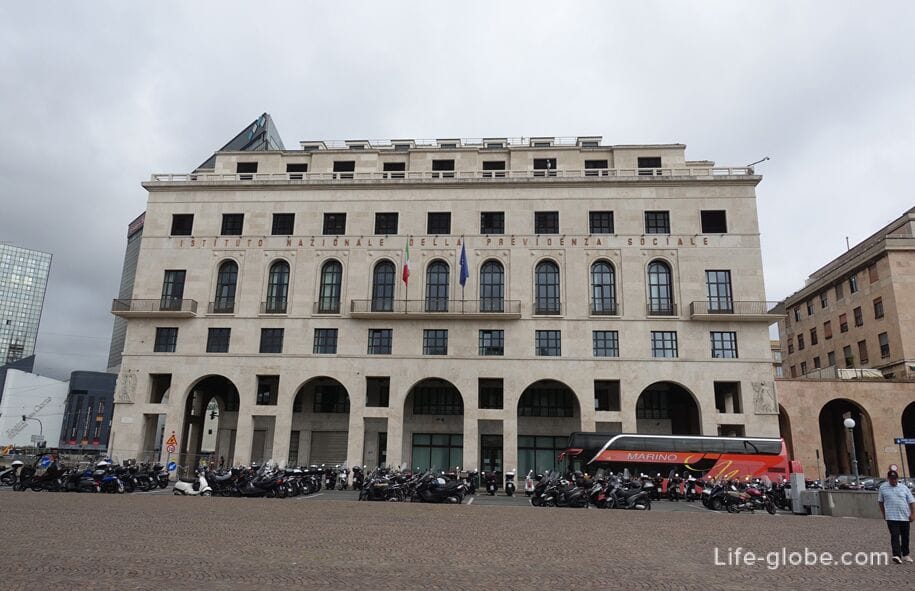 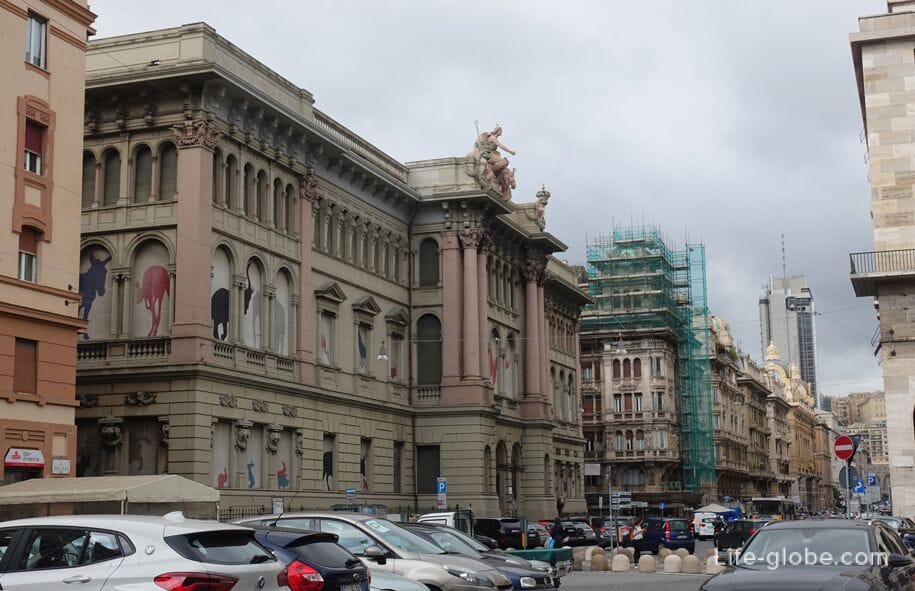 The intervals of the flights of stairs are decorated in the form of flower beds. 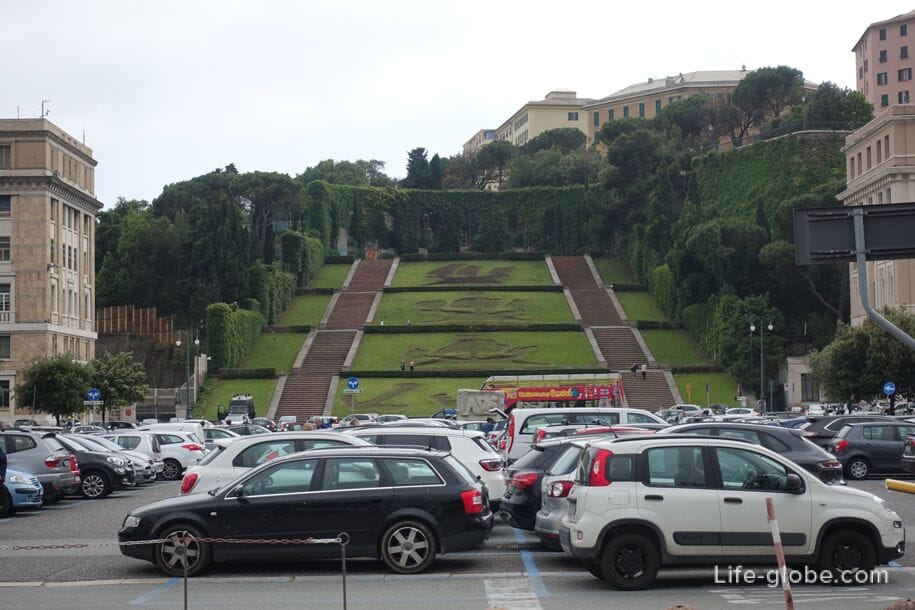 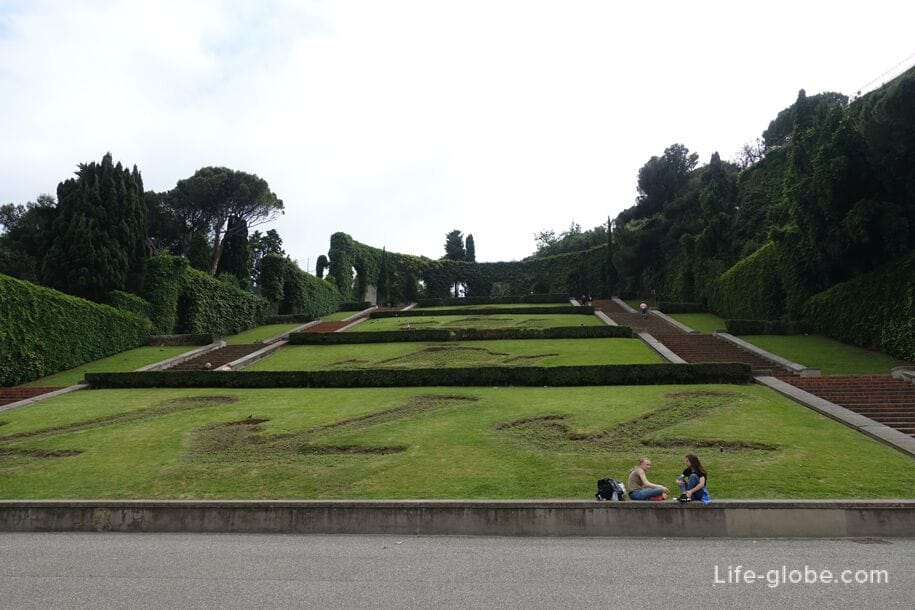 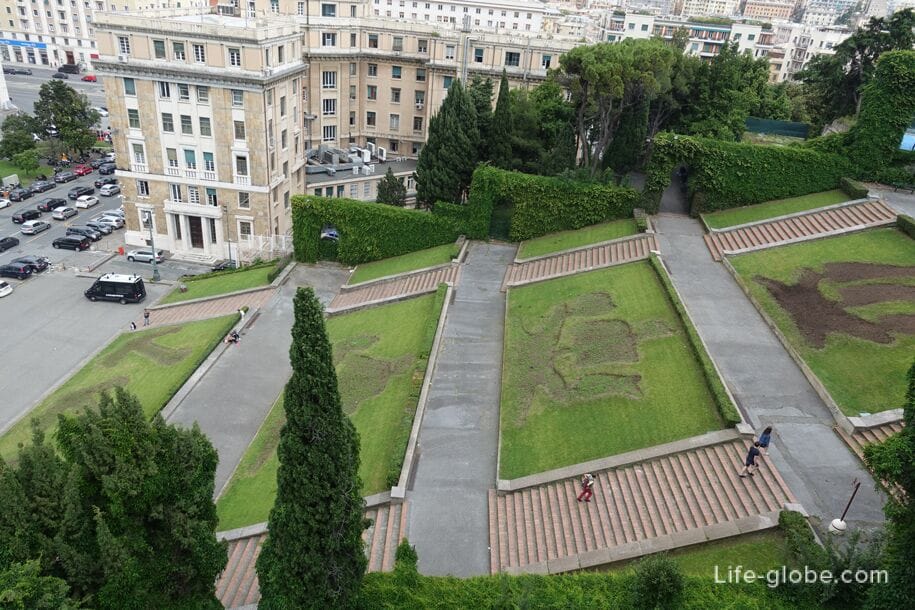 From the top of the stairs there are wonderful panoramic views of Victory Square and the surrounding area. 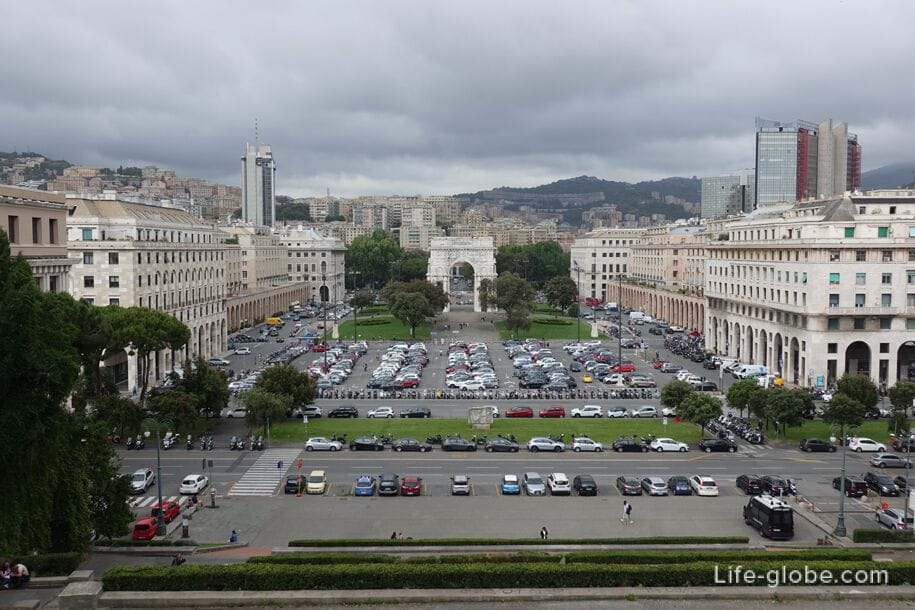 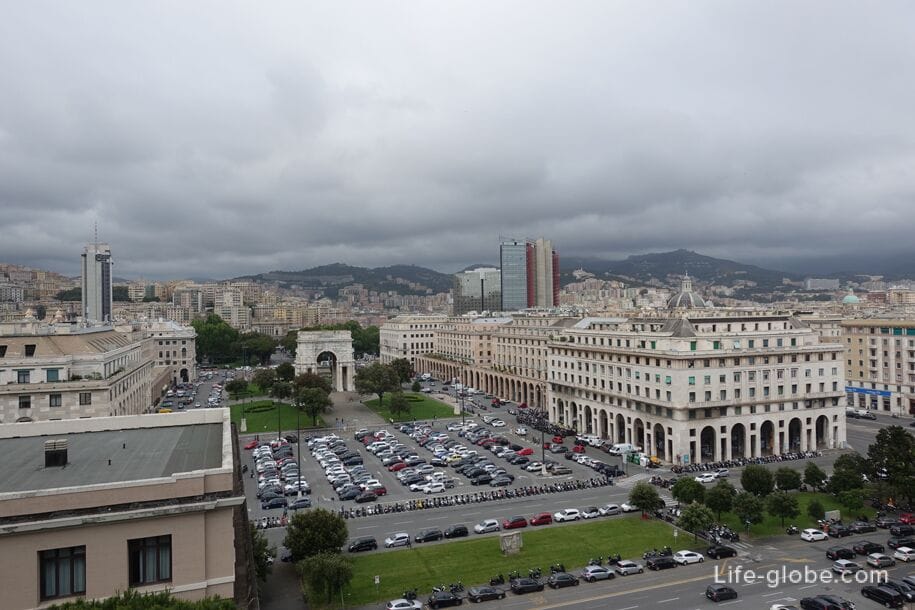 All accommodation facilities in Genoa, including in the city center, near beaches and more remotely from those, can be viewed and booked here 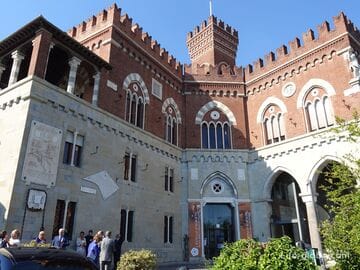 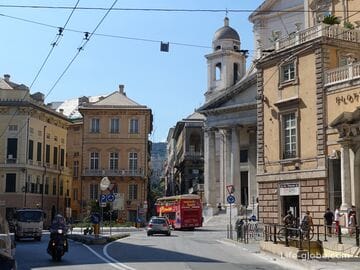 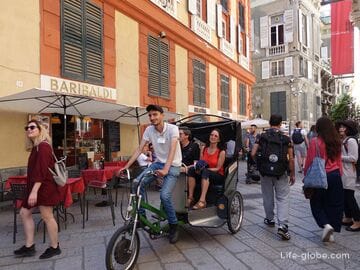