The Maltese city of Birgu (Vittoriosa), which is part of the three cities of the island of Malta, is surrounded by a series of defensive walls and other fortifications.

The first fortification, built in the middle Ages, was the Fort Sant Angelo, while most other defensive buildings were erected in the 16th-18th centuries on the orders of St. John. Most of the fortifications remain largely intact today.

One of these well-preserved buildings, is a Bastion of St. John (St. John's bastion), located in the southern part of the city.

Bastion of Saint John is a large asymmetrical Bastion, which houses two of the three main gates of Birgu (Vittoriosa), designed by Mondino in the 18th century. The modern road passes through the archway in the Bastion. 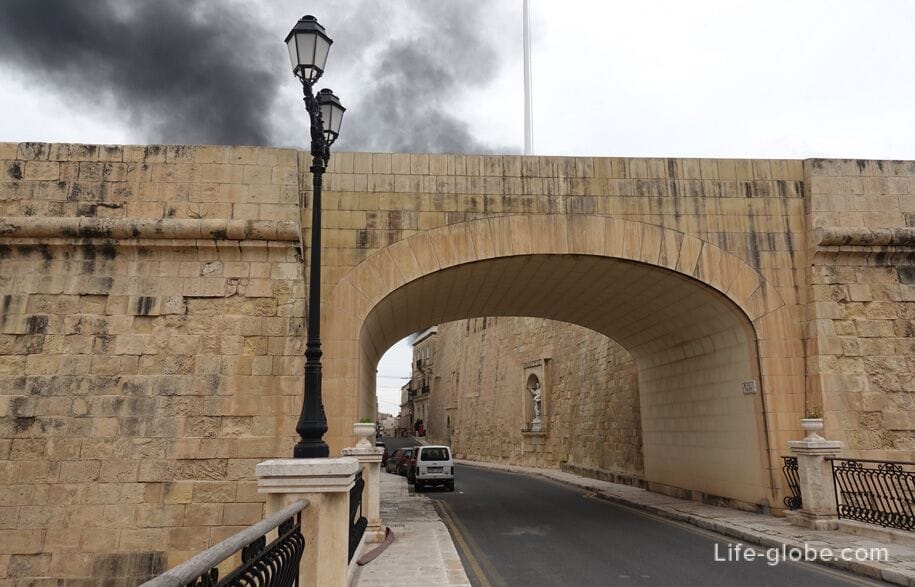 The two-tiered cavalier of St. John (St. John Cavalier) was built on the Bastion until 1565, later, in the 18th century - changed. Minor changes were also made by the British in the 19th century.

The gate is decorated with bas-relief and inscription. 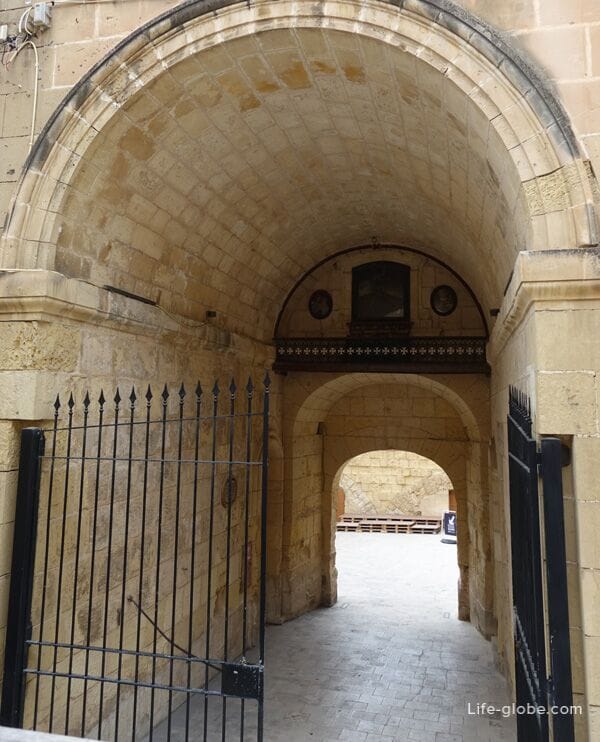 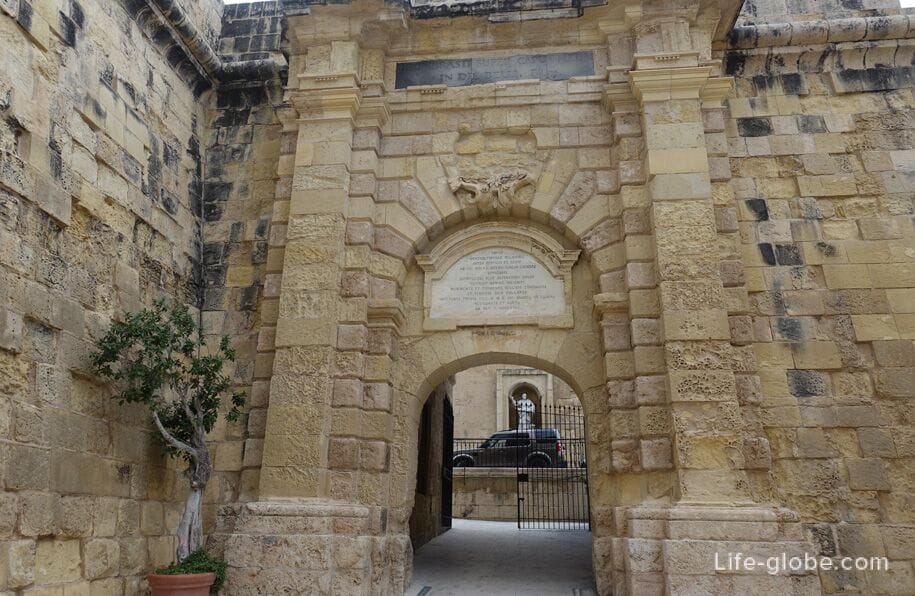 The inner area of the Bastion has walls, yards, open areas, arched bridge and a small Park. On-site facilities include a military Museum, shop and snack bar. 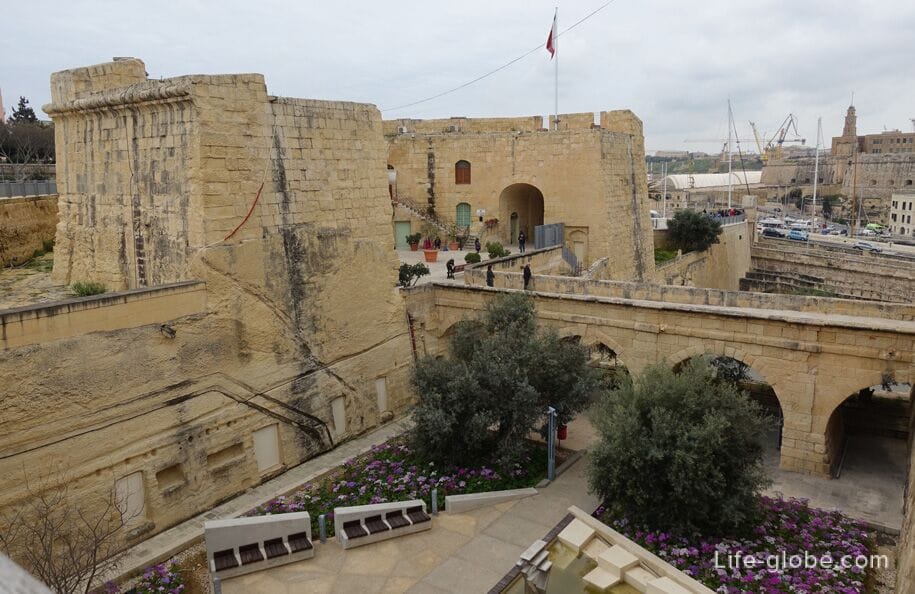 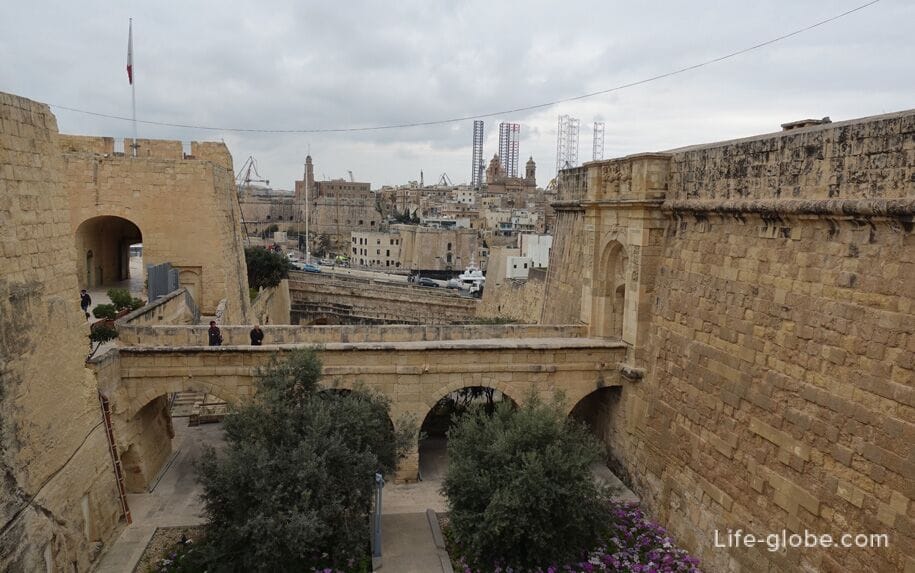 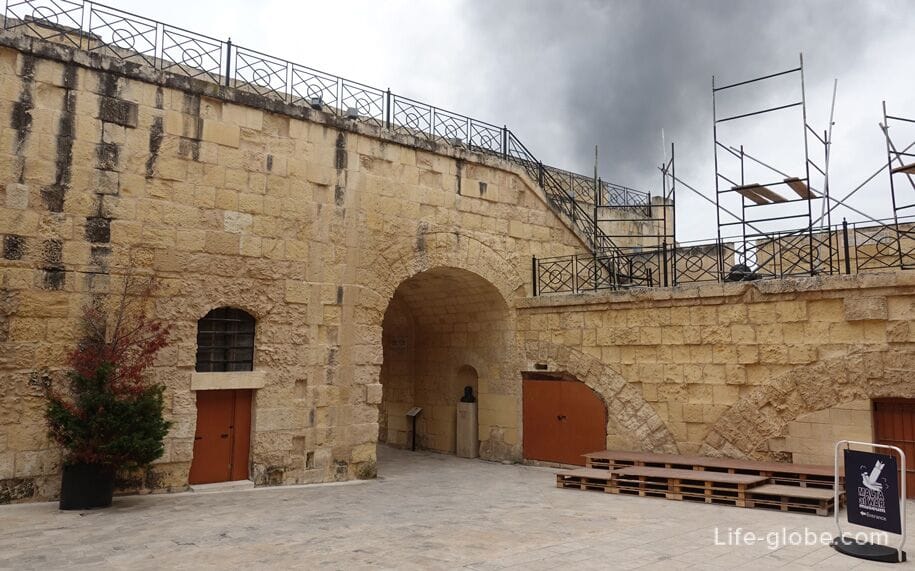 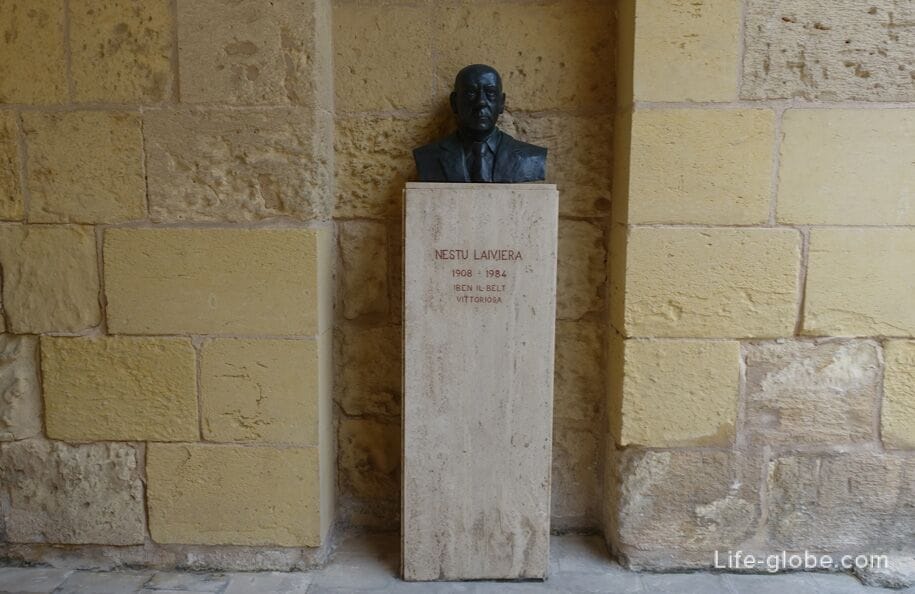 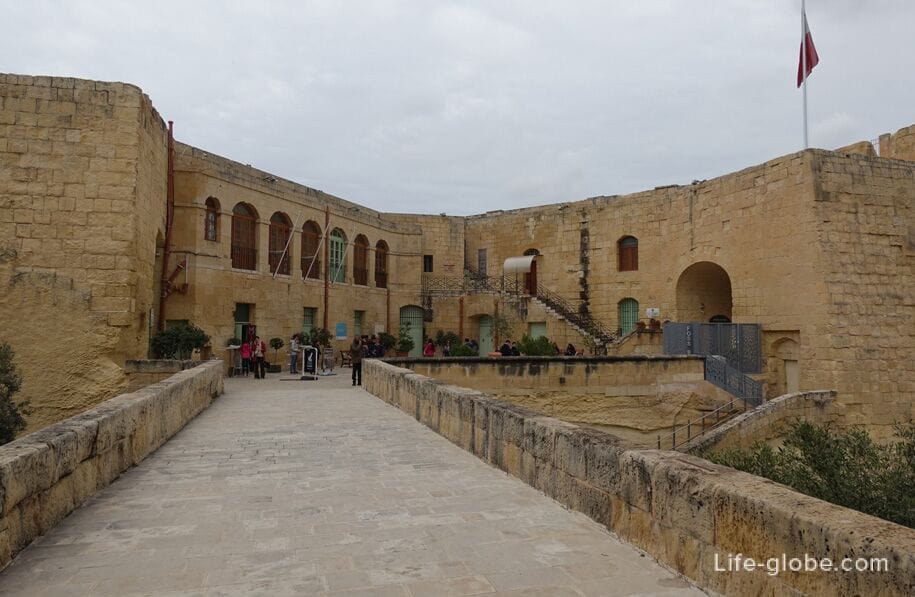 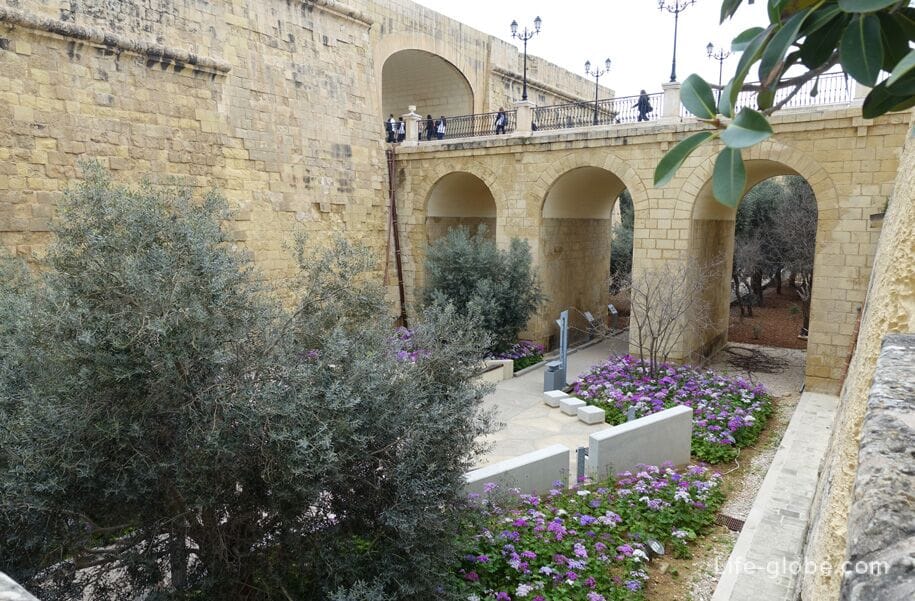 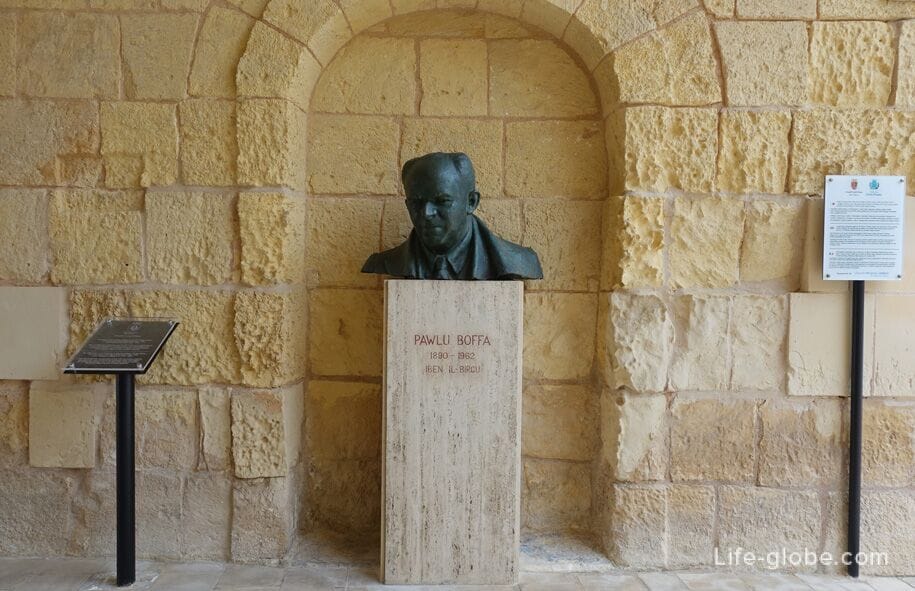 The Advanced Gate is the second of the three main gates, located on the right side of the St. John's Bastion. 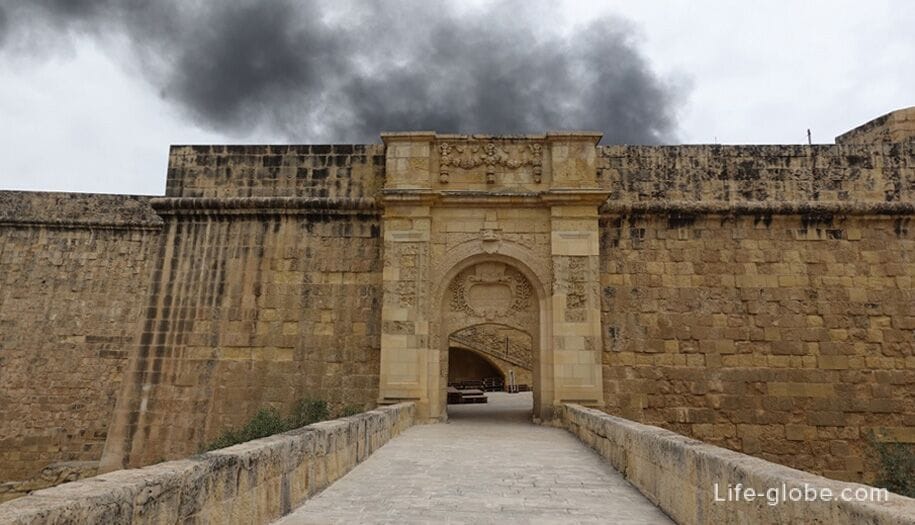 The door gate (Couvre Porte Gate) is the first of the three main gates, located in the western part of the bastion. 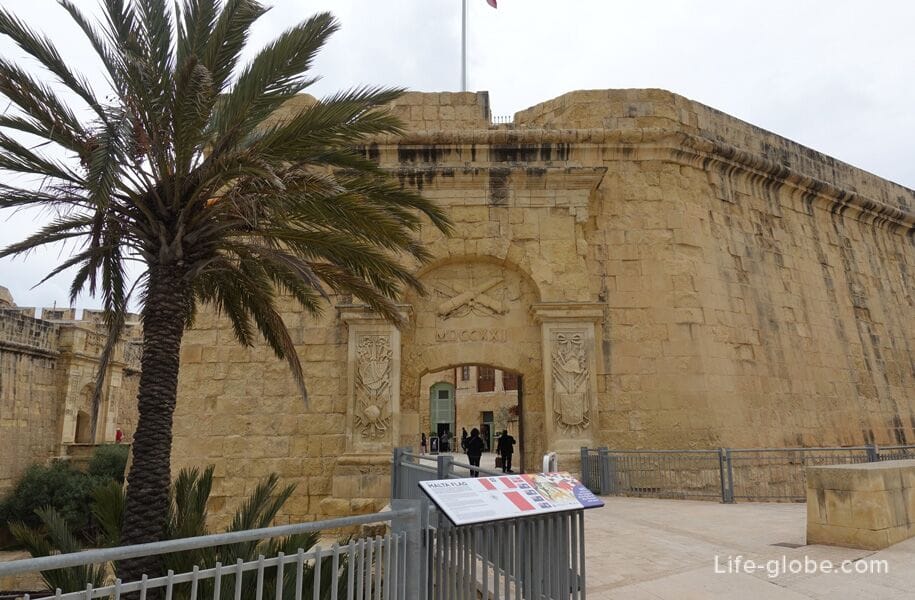 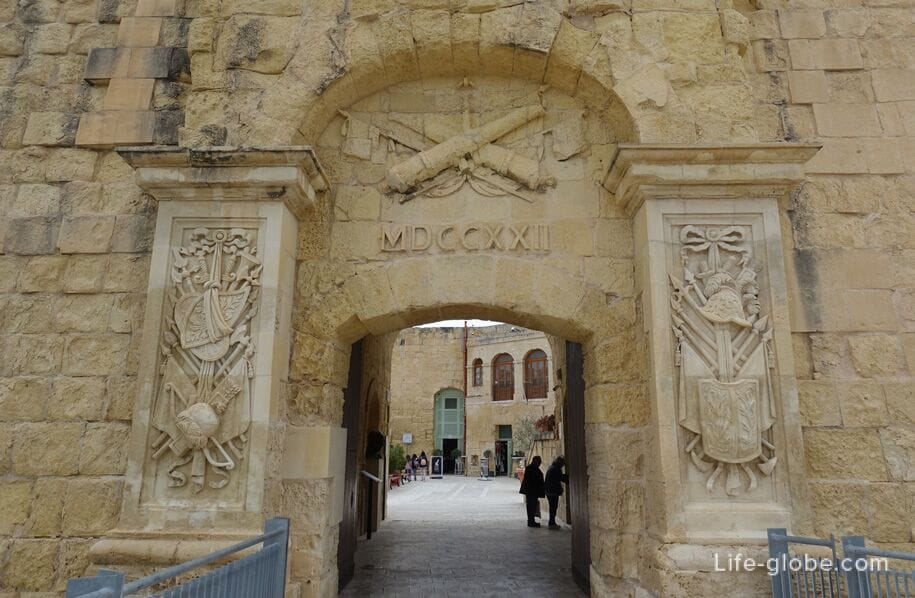 All the gates, most likely, was erected according to drawings of French engineer Charles F. de Mondion. Sculpted Roman numerals on an arched gate, along with other decorations mark the time of the completion of the gate. 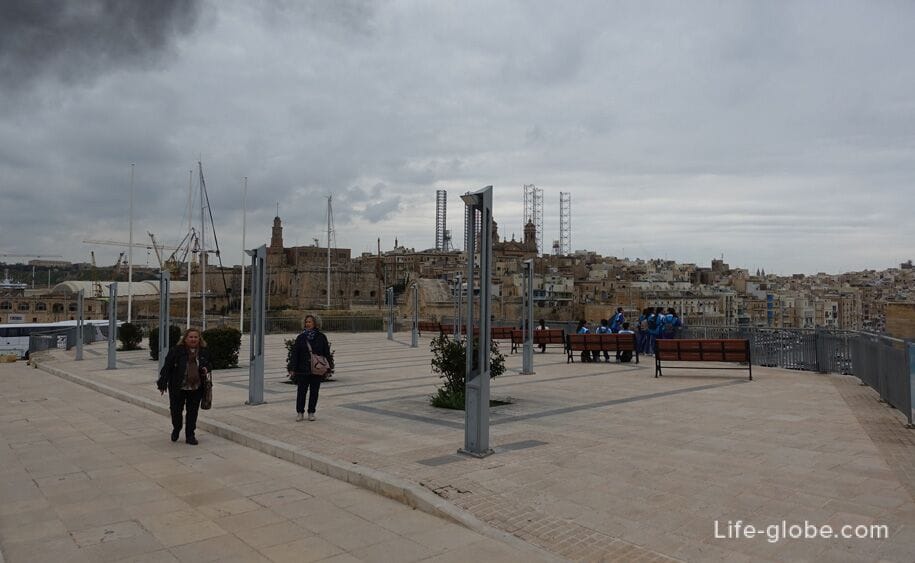 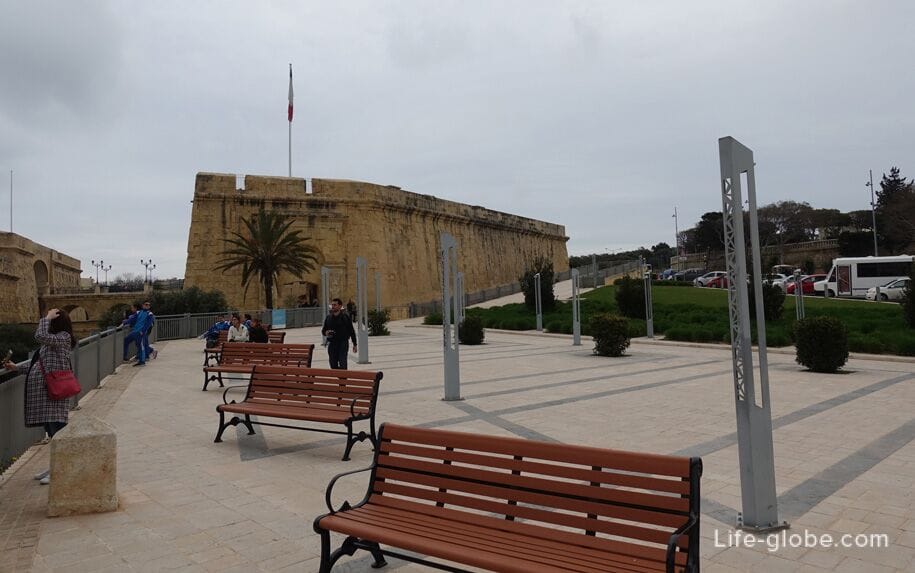 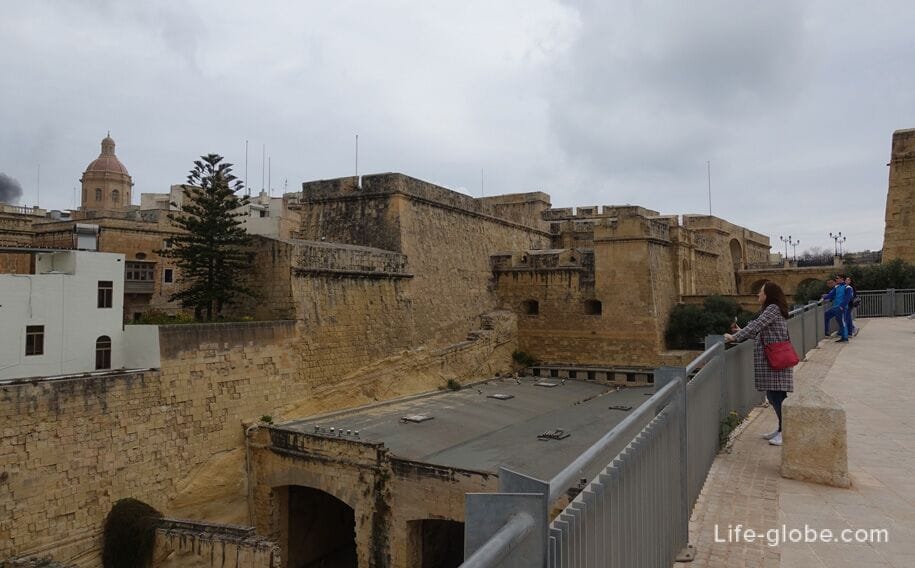 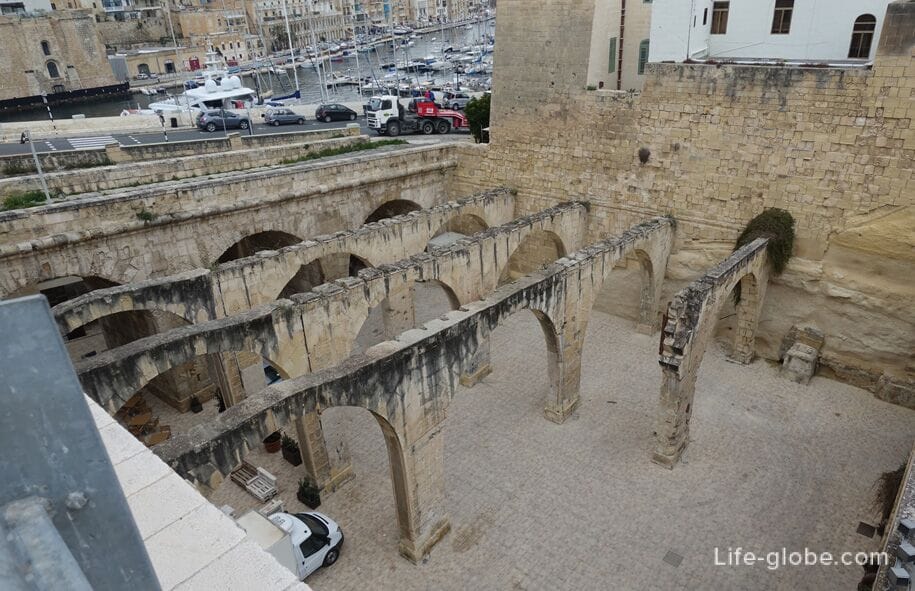 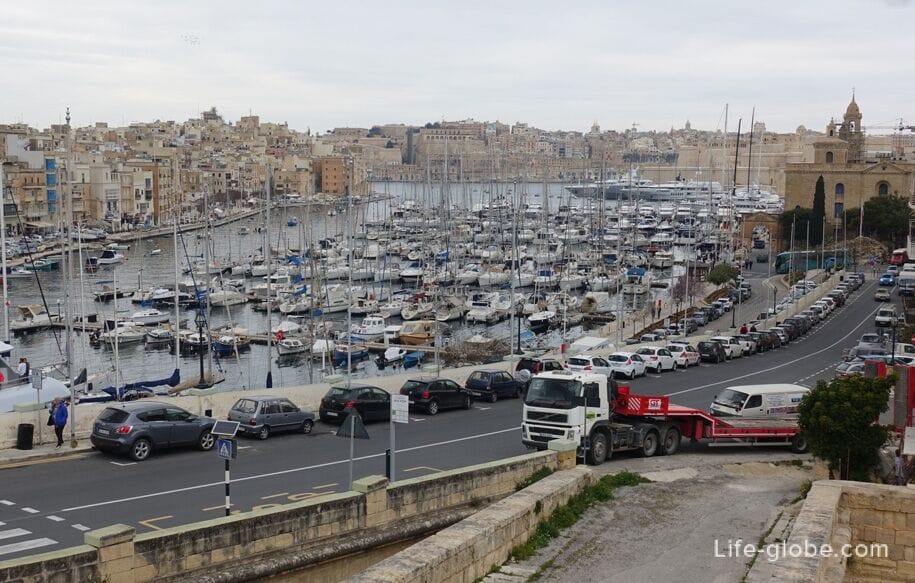