There is a popular saying: "If you come to Girona you have to kiss the lioness in the ass." And this is no joke, and not some play on words, a literally kiss the ass of the lioness.

There are in the Spanish city of Girona is one the popular and famous sculpture, called "Girona Lioness", also known as the Leona de Girona (Leona de Girona) or Kulo de La Leona (la leona de Culo).

Originally a Romanesque stone sculpture was found in Girona and dated to the 11th century. In the next sculpture is called "the Lioness". Currently, the original lioness is in the art Museum of Girona, whereas under the open sky for all to see the copy.

The figure of a lioness the volume of the topography, part of the muzzle and the tail is broken, so the sculpture now looks more like some sort of small strange animal. 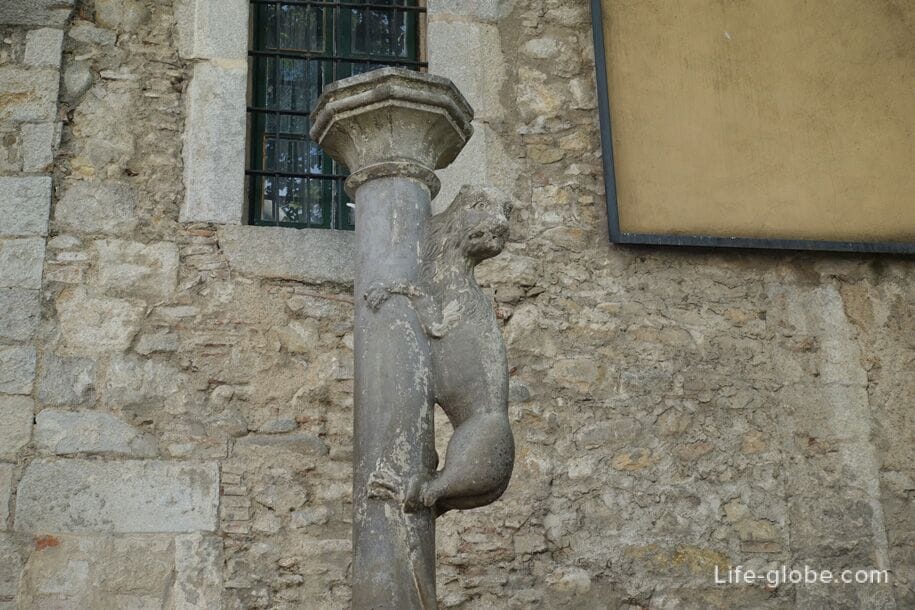 Girona sculpture of a Lioness is on the column, on the square of Sant Feliu (Plaça de Sant Feliu, the Calderers street), at the foot of the stairs of the Church of St. Felix, in the old part of town. 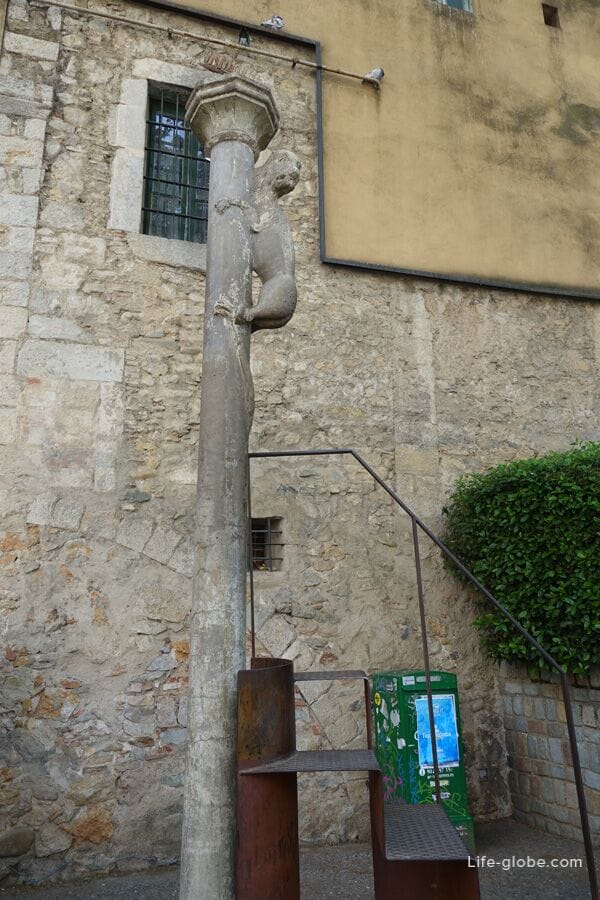 Ass kiss the lion for good luck, with the goal of a happy and frequent travel, to return to Girona and Catalonia in General, and making thus a secret desire.

Today it is one of the tourism icons and attractions of Girona, and, for the most part, still just kind of a fun attraction for tourists. Sometimes, in the hot tourist season, to kiss the ass of the lioness and take a few snapshots, you need to wait your turn, from wanting no rebound. Ideally you want to hold with both hands legs and kiss ass. 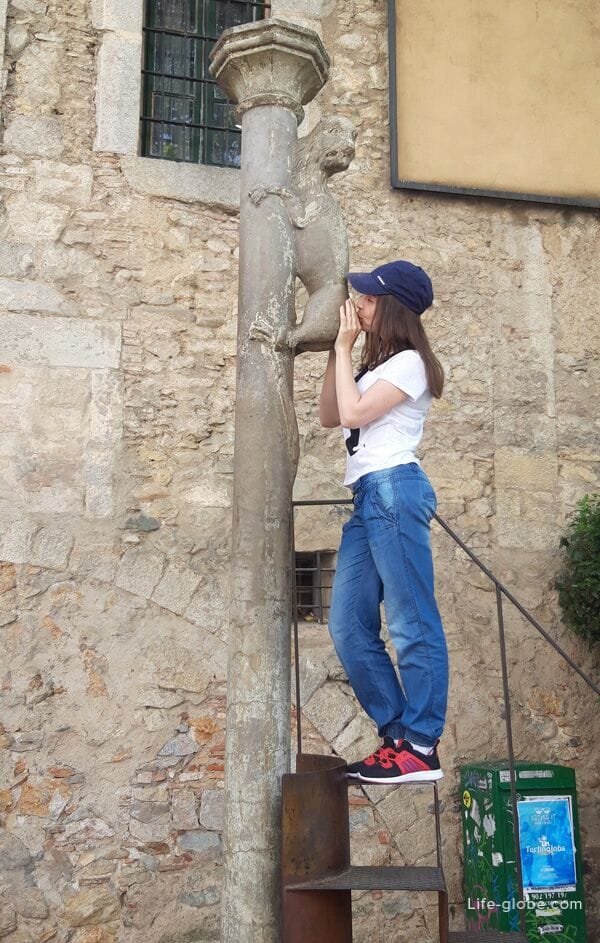 On the wall of the building behind the sculpture is a memorial table that reports that this popular Romanesque sculpture and the symbol of Girona, which was the heraldic sign. Act for new residents Girona kissing the ass of the lioness as a sign of respect to the city. 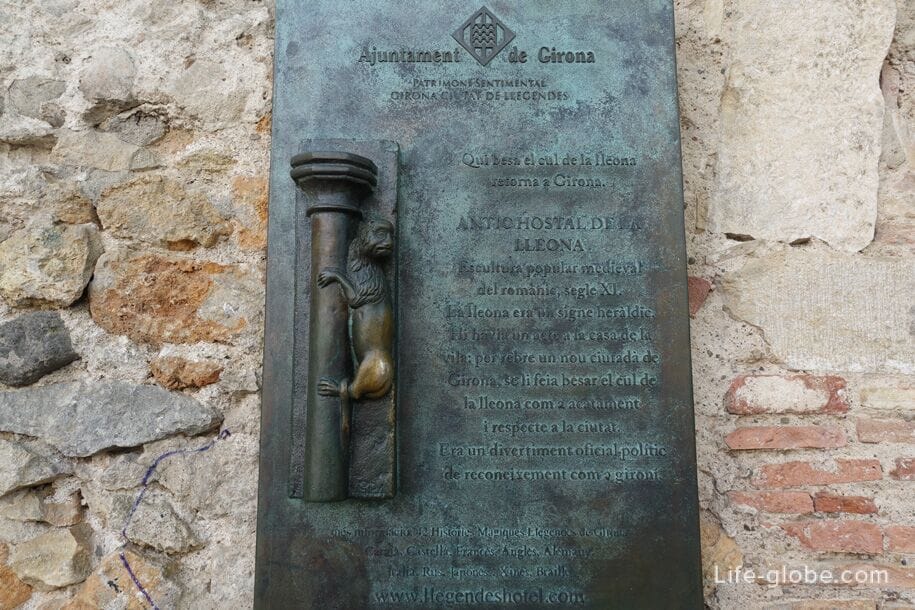 According to the legend, during the middle ages, the wolf, who lived outside the city walls protected the local people from enemies, feeding them with signals about the approach of the latter. Initially the lioness was confused with the monkey, perhaps due to the fact that she is depicted in an unusual, neither lions nor wolves pose, namely, climbing up the pole.

Say, a column expresses the relationship between people and divinity. Adding an animal gives it a decorative, artistic nature that can be interpreted in different ways. This animal symbolizes the Earth, and is almost a symbol of the philosopher's stone. In the symbolic classification of animals is a lion to the element of fire and exudes power and authority. 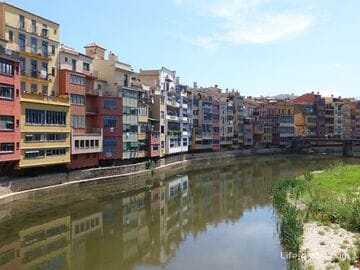 Houses and bridges of the Onyar River in... 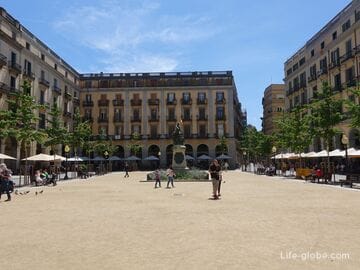 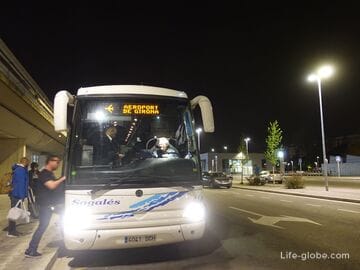