Quinto, the full name of Quinto al Mare (Quinto al Mare) is a residential area, part of a Large Genoa and is located in the Eastern part of the coast of the city.

Initially it was an Autonomous municipality, in 1926, included in the Large Genoa and now an Eastern suburb.

Is the area of Quinto 9-10 kilometers from the historical centre of Genoa (old port), between the Quarto district (Western side coast) and the Nervi district (Eastern coast) - once the resort with its particularly mild climate.

With the Northern and southern sides of the district Quinto is located between the sea and the last slopes of the mountains fasse (monte Fasce) and Moro (monte Moro).

Currently, Quinto is one of the most popular areas in the suburbs of Genoa and attracts the attention of clean sea water and developed infrastructure with cafes, restaurants and accommodation facilities. 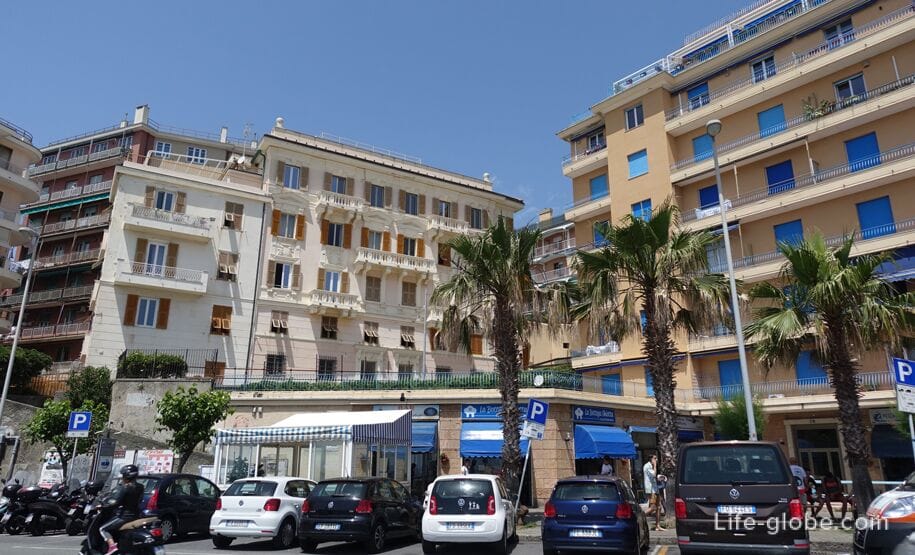 The length of Quinto along the line of the sea is just a kilometer, while a large part of the district spreads inland.

Quinto coast is indented with small bays surrounded by rocky and rocky formations.

On beaches large dense gray sand, pebbles of various sizes, also there are rocky and concrete parts of the coast.

A large part of the area free. There are also several sites that host paid beach clubs (Bangui) with all necessary infrastructure beach and café-bars.

Along most of the coast Quinto, above the beaches and sea are passing by the road and the pavement. 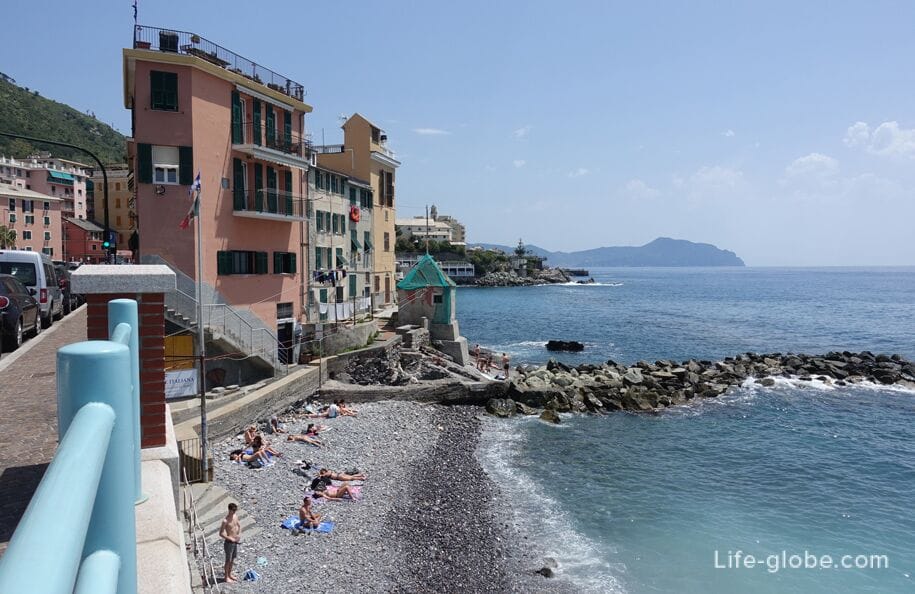 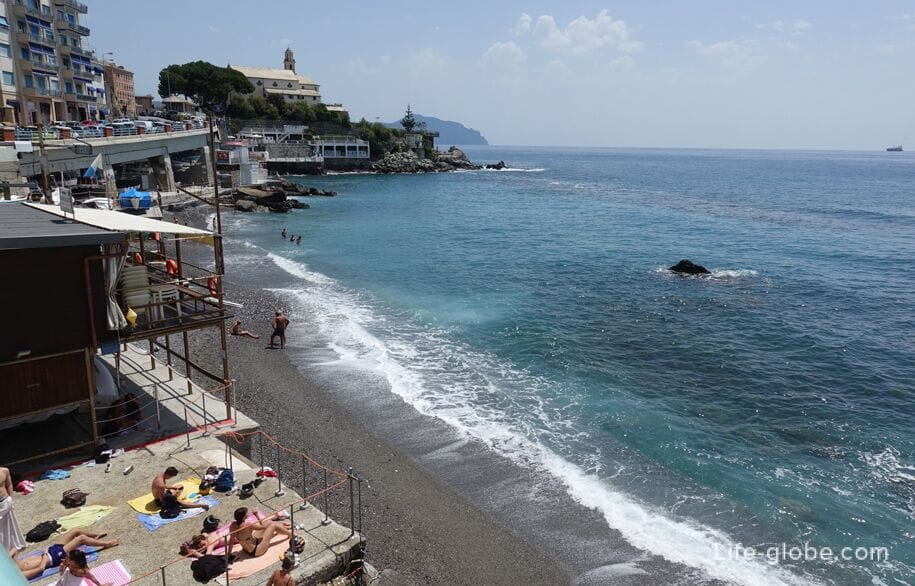 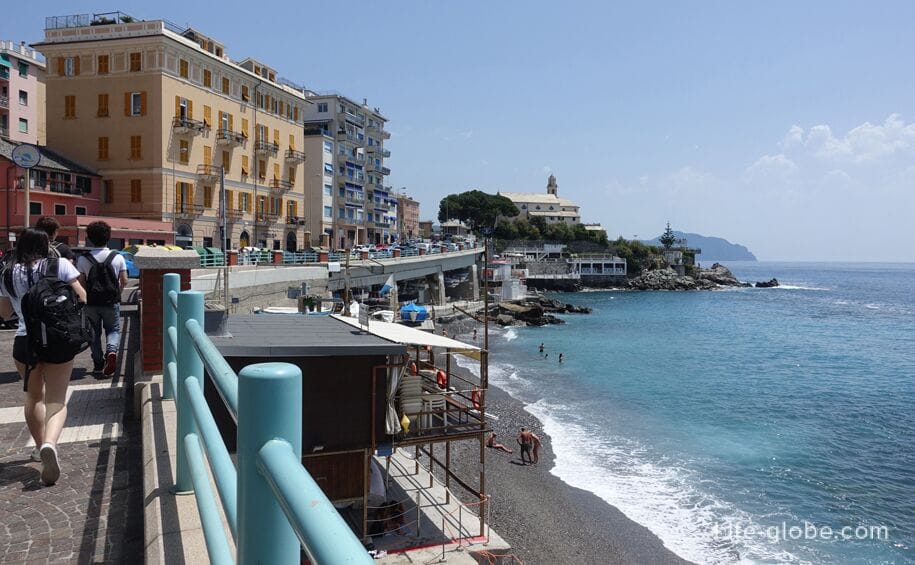 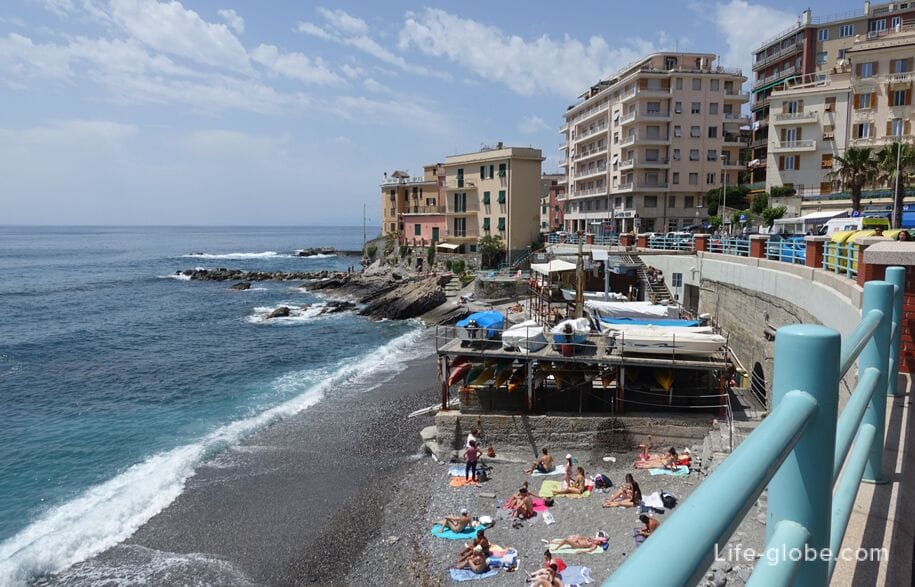 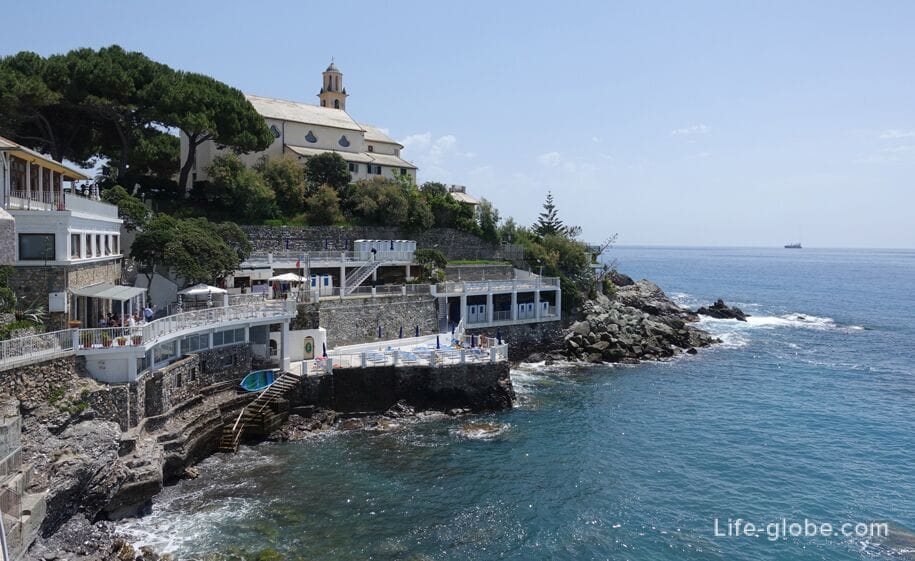 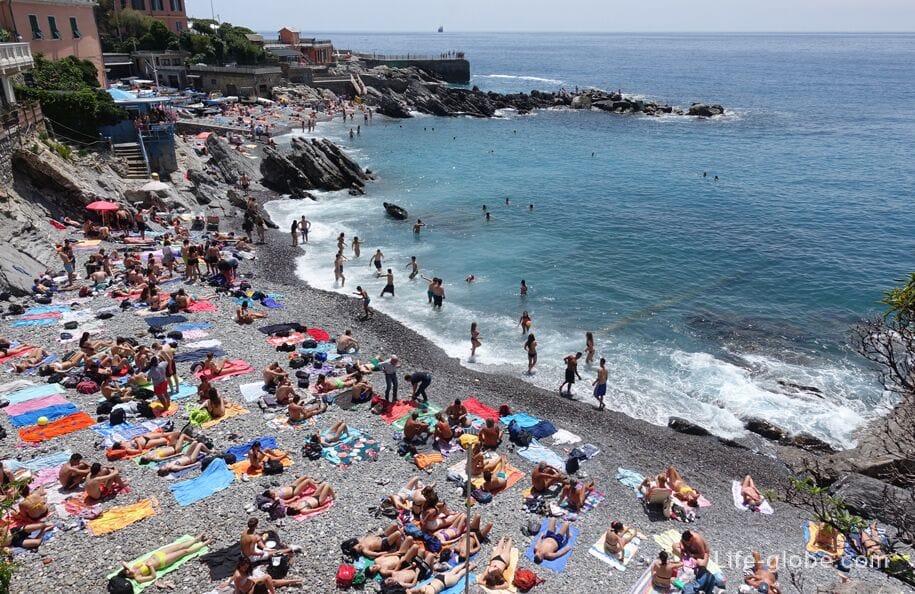 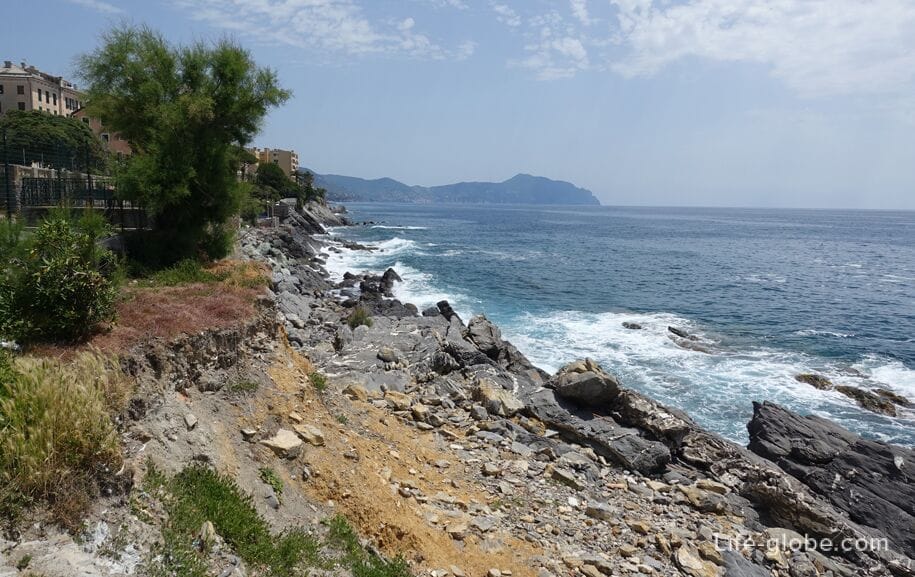 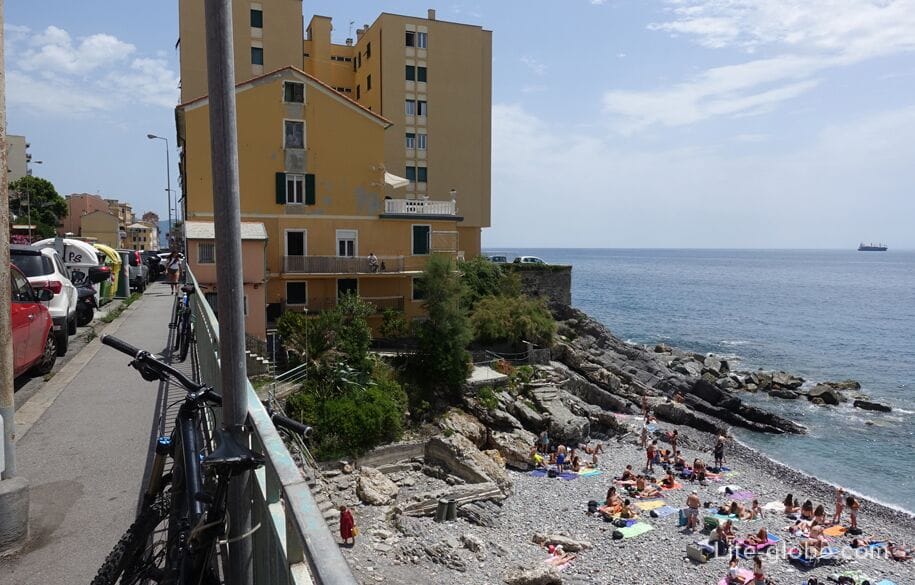 To boast of the abundance of attractions the area can not.

In the Eastern part of the coast, near beaches and the sea, is a small green area - Park Quinto (Giardini di Quinto) with Seating, a café and a small children's Playground.

The garden is a terrace with a view of the boundless sea water. 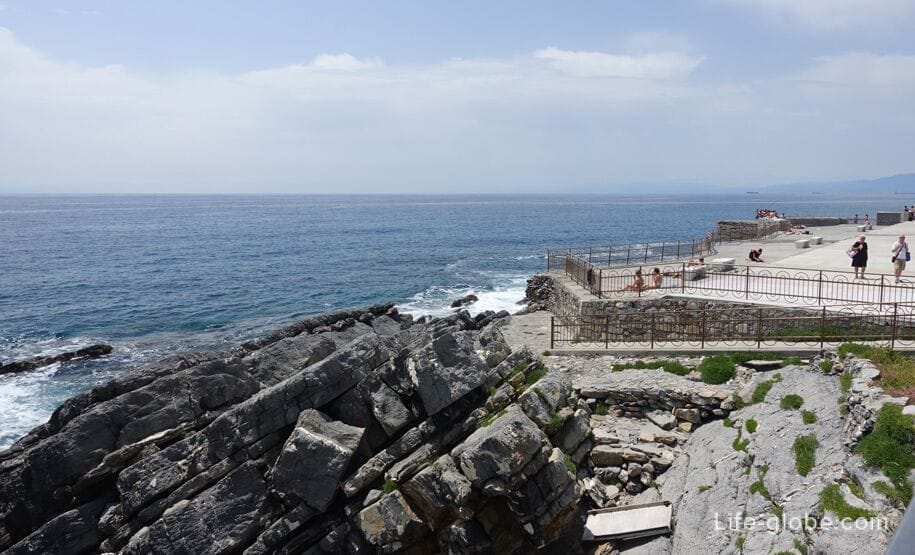 The origins of the Church probably originates from the fifteenth century.

Accurate evidences indicate that the Shrine in this place existed in 1528. In subsequent centuries the oratory was expanded and rebuilt. 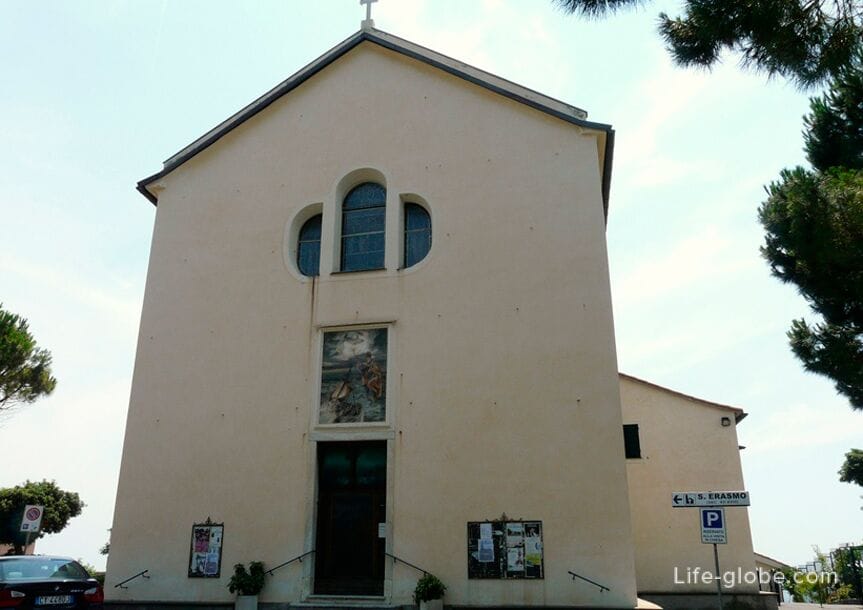 The Church of San Pietro (Chiesa parrocchiale di San Pietro), is located in the hinterland.

The first mention of the Church refers to the 1198, though the current structure is a reconstruction made in the eighteenth and second half of the nineteenth centuries. 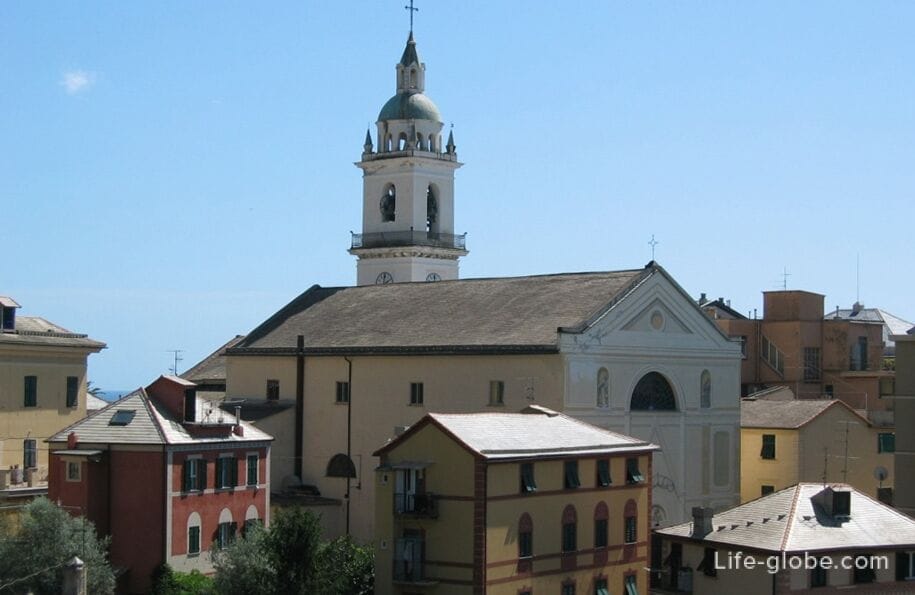 The district of Quinto on the Map

Where to stay in Quinto district

Apartment: 1 bedroom, a TV, a Seating area and a kitchen with a dishwasher, microwave, washing machine, fridge and oven. The link apartments 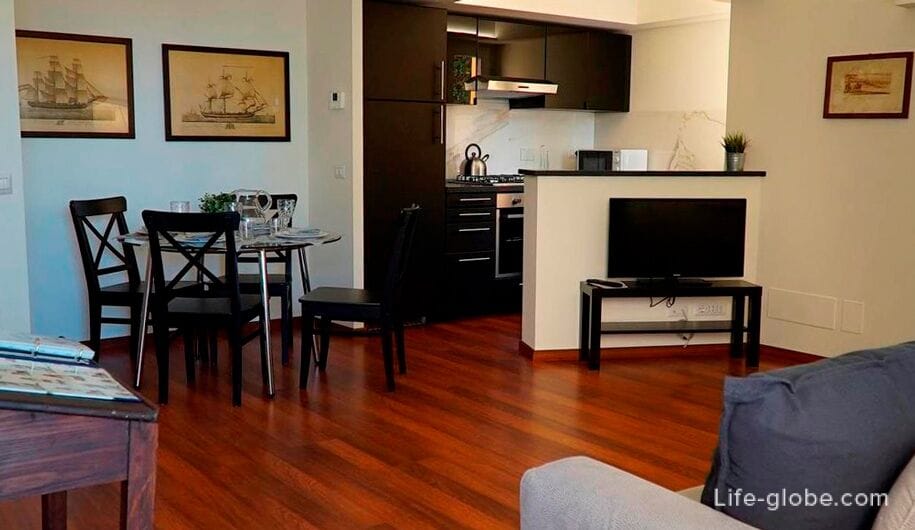 Apartments Quinto - Nervi1550 with a balcony and air conditioning.

In the apartment: a flat-screen TV, 2 bedrooms, kitchen with dining area and a bathroom with shower. The link apartments 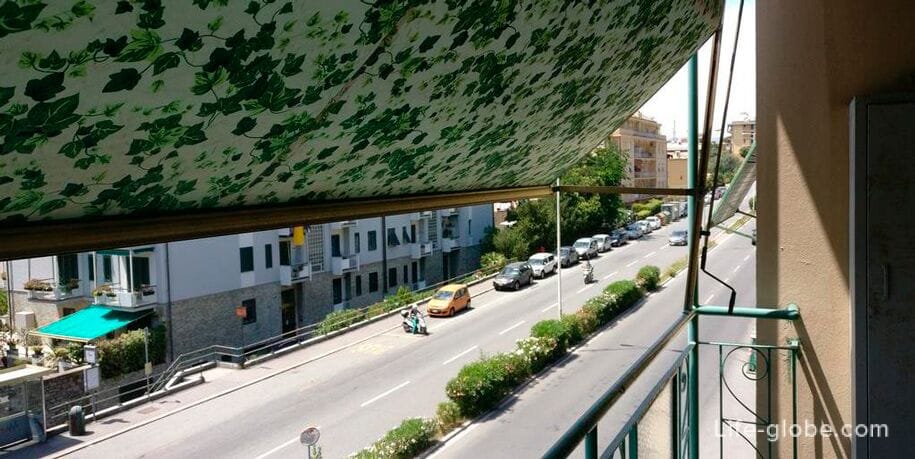 Apartments ANTICA CASA ROMANA with views of the sea and the city and free Wi-Fi.

The apartment offers: 2 bedrooms, a TV and a kitchen with a fridge, oven, washing machine and stovetop. The link apartments 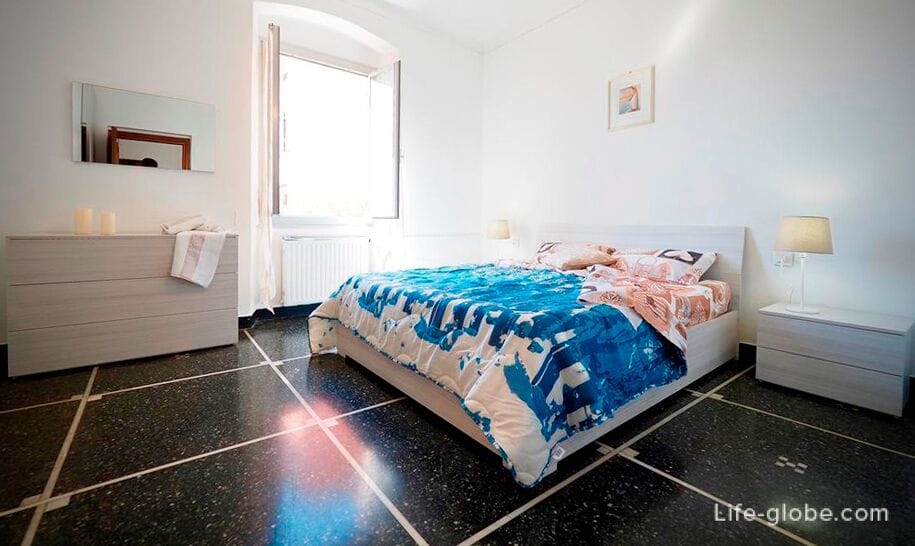 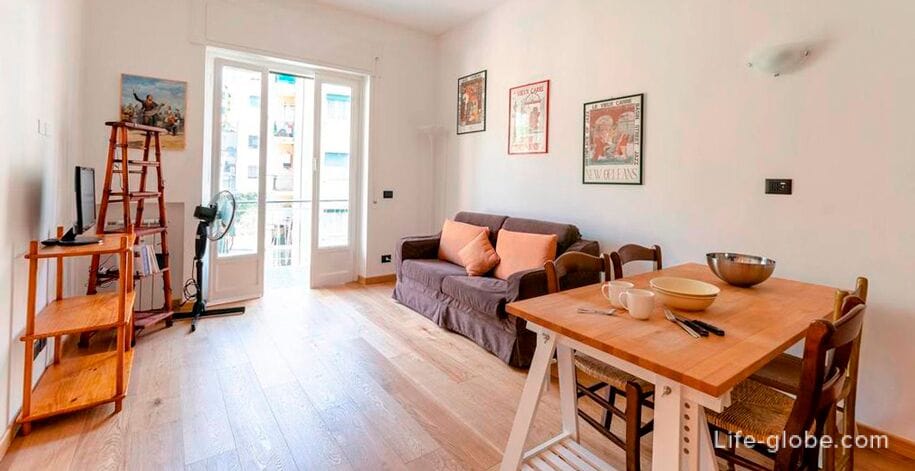 All accommodation in Genoa, including in the area of Quinto, you can view and book here 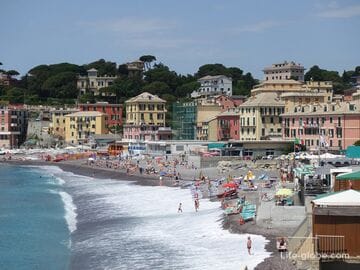 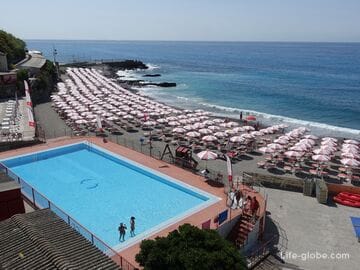 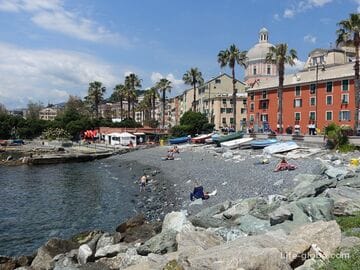