Vacca gate (Porta dei Vacca) - a historical monument of Genoa, formerly part of the fortifications of the 12th century, and is the gateway to the town from the West.

Port dei Vacca also known as the gate of the Holy Faith (Porta San Fede / Porta di Santa Fede), received this name from the adjacent Church, which existed until 1926, and where are now the municipal enterprises.

Port Vacca experienced urban reform, in the 17th century were included in two buildings: the upper tower gate, the one that is located farther from the sea, was attached to the Palace building Brand Aurelio's of Rebuffo (Palazzo Marc Aurelio Rebuffo), and the sea tower to the Palace of Lomellini Serra (Palazzo Lomellini-Serra). In 1782, the tower was covered with stone slabs and Windows were open towers.

The gate was restored between 1960 - 1961. During the works tower, which stands close to the sea, were exempt from add-in the eighteenth century, and then received an original architectural structure, allocating blocks of stones of rectangular shape and hanging from the arch under the battlements. The other tower still has a veneer sold in 1782, as included in the neighboring Palazzo.

From an architectural point of view, like the more famous Soprana gate (Porta Soprana), the gate Vacca is formed by two semicircular towers crowned with battlements. Tower gate connects the pointed arch on the outside, while the inner side of the arch has a gentle curve that is supported by two columns with capitals. 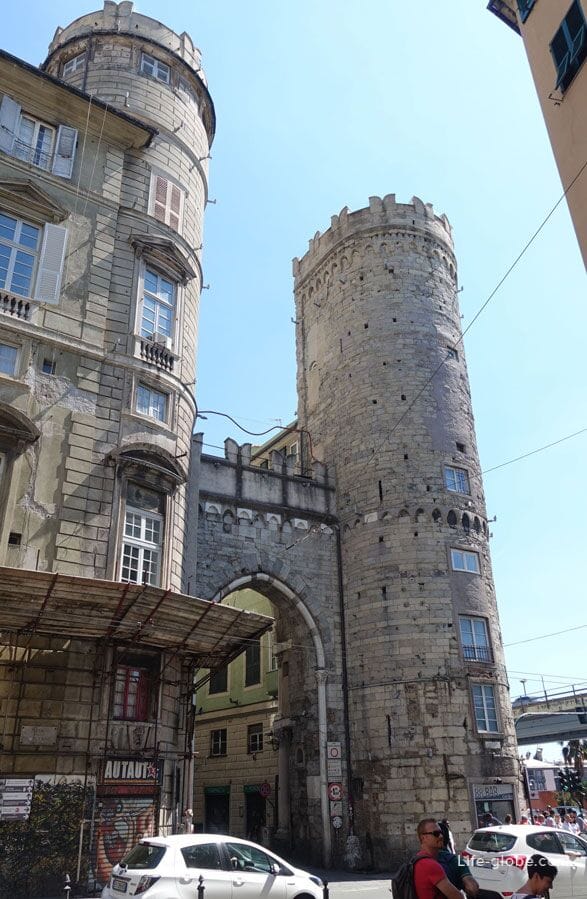 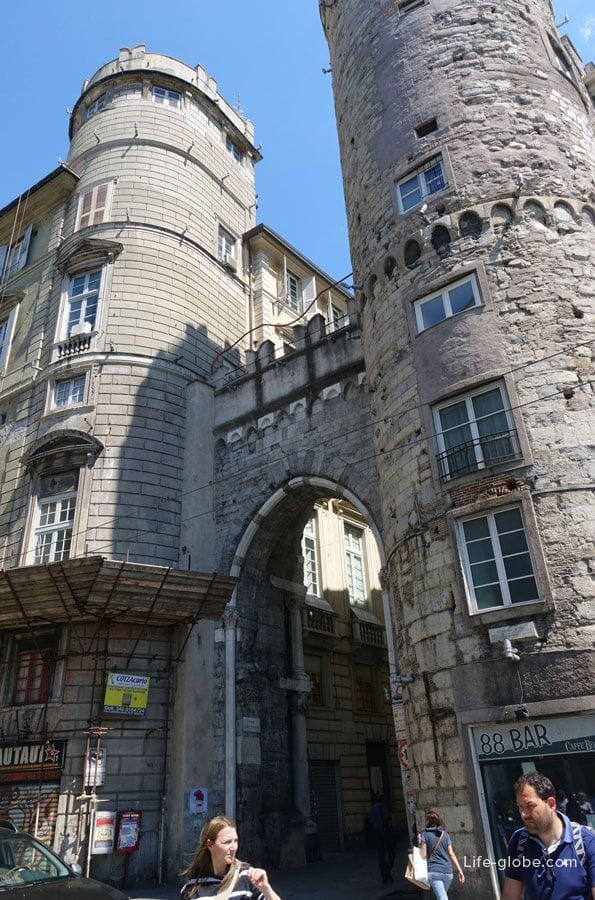 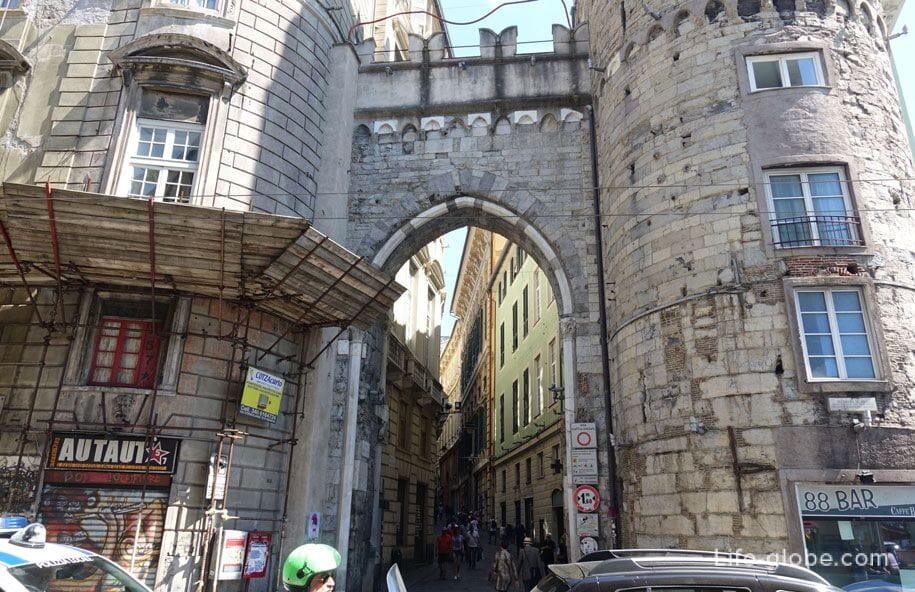 The inner part of the gate, from the street del Campo (Piazza del Campo) 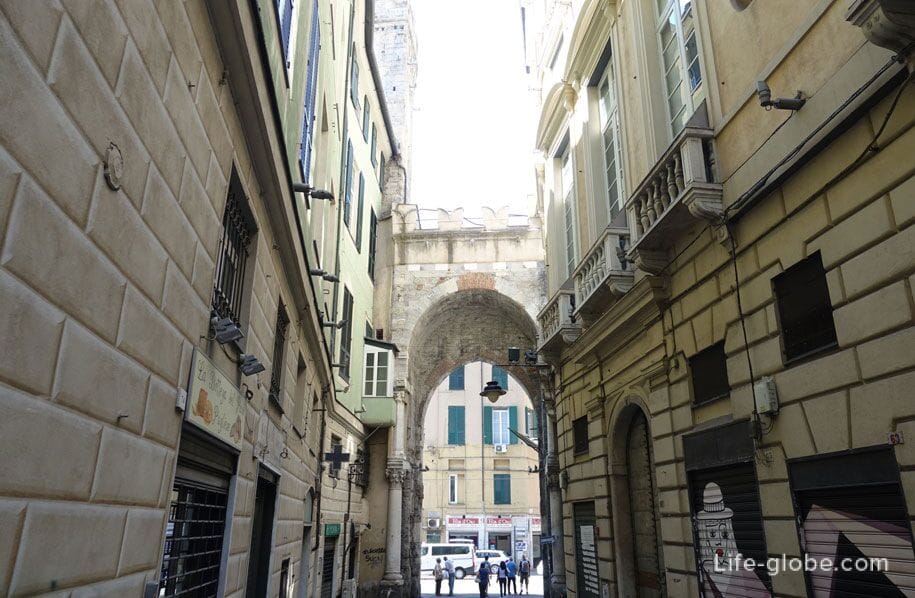 Located port dei Vacca in the historic part of Genoa, in a typical Genoese alleys, and near the old port of Genoa, which is now used as a Marina, residential and tourist centre and a place of entertainment and cultural services. Read more about old port of Genoa... 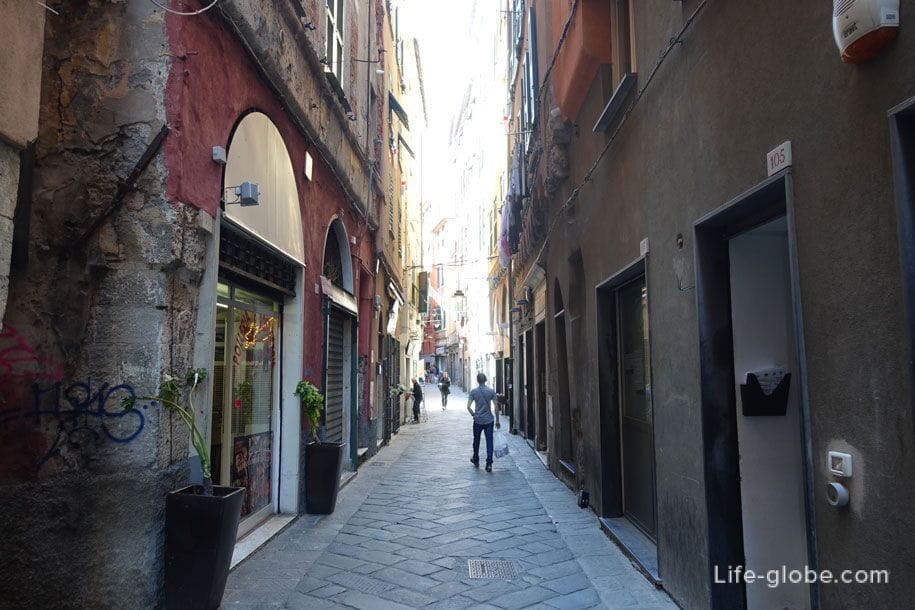 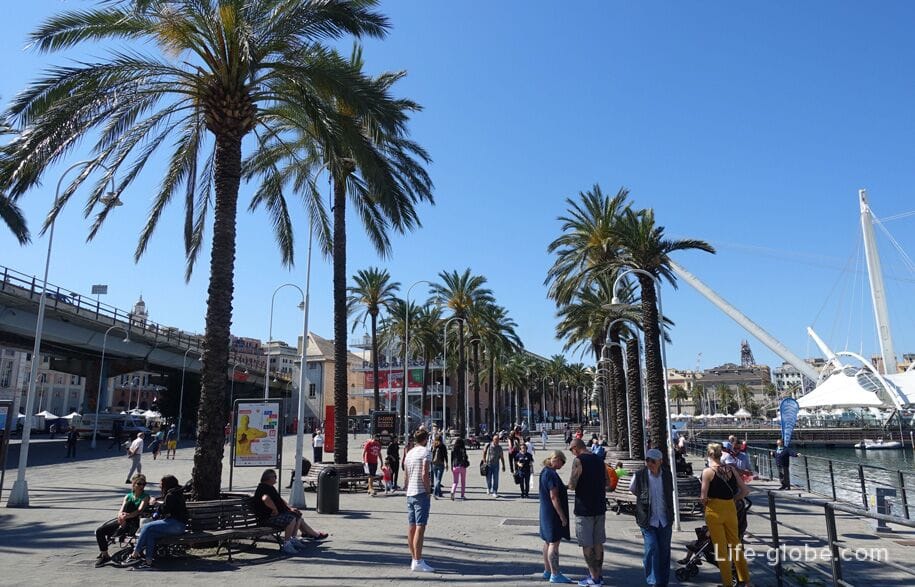 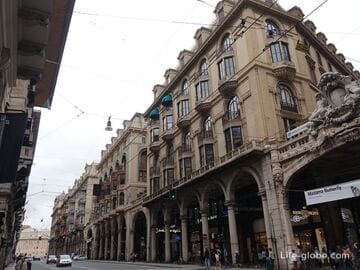 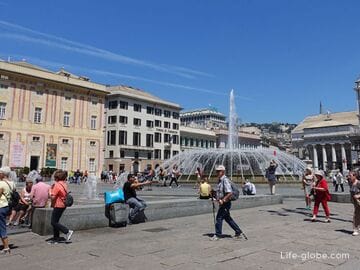 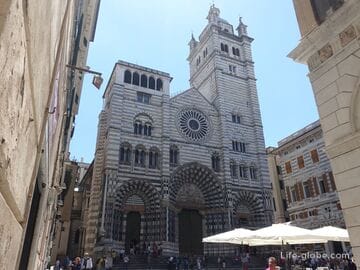