How to get from Paphos to Pissouri

Pissouri - the village, little-known resort of Cyprus, which is part of the administrative district of Limassol.

Pissouri is located 43 kilometres South East from the centre of Paphos.

In Pissouri there is no airport, the nearest airport is in Paphos (Paphos International Airport). For this reason, most tourists wishing to spend their holidays in Pissouri flying to Paphos. Cheap flights to Paphos...

From Paphos airport can be reached in Pissouri by taxi or car.

From Paphos city centre to Pissouri is by direct bus, taxi or car.

To get from Paphos airport to the centre of Pissouri, as well as other cities and resorts of Cyprus, more convenient and faster than a taxi. Book a taxi/Shuttle service is possible in advance, even from home. At any time of the day, at the airport, you will meet your driver with a sign, which will be written your name and surname. For taxi is enough to tell us your flight details! Find out the cost and order a taxi here...

If you plan to travel around Cyprus, then car rental will be an ideal option. You can choose and order a car in advance, at the appointed time your car will be waiting for you near the airport. You can also rent a car in other places of the city and Cyprus in general. You can view and pick up a car here...

Buses from Paphos to Pissouri

Direct public transportation from Paphos airport to Pissouri no, you have to go through the center of Paphos.

How to get from Paphos airport to Paphos town centre and on the contrary, we told you earlier, if necessary, to review the information here.

In Paphos buses leave for Pissouri (and also from Pissouri) from the main Karavella bus station is located in the heart of the upper city, 3.5 km from the coast.

- in the centre of Pissouri Village;

- near the beach - Pissouri Bay.

There is a stop near the popular Rock of Aphrodite.

Buses run from Monday to Saturday:

The scheme of the route 630 bus on the map

Attention! The schedule of movement of public transport and fares are subject to change. Please check before you travel. 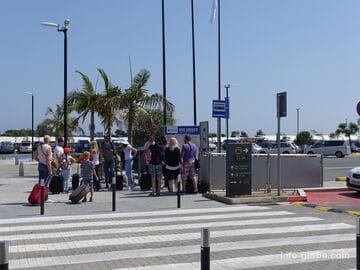 How to get from Polis to Paphos (airport... 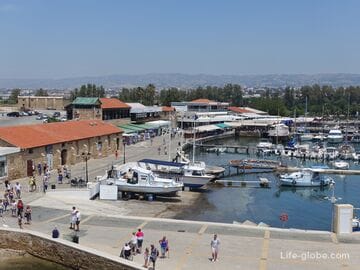 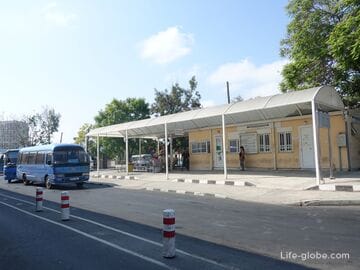