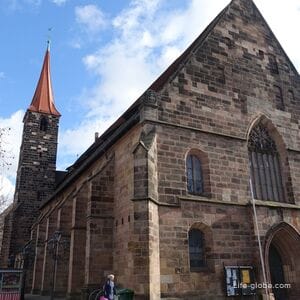 The Church of St. James, or St. Jacob / St. Jacob (Kirche St. Jakob / St. Jakob), also known as the Jakobskirche (Jakobskirche) is an Evangelical Lutheran church in the old town of Nuremberg.

Initially, on the site of the current church there was a small chapel of St. James, which on February 20, 1209, like the neighboring church of St. Elizabeth, was transferred to the Teutonic (German) Order, by King Otto IV.

In 1289, the chapel was demolished, and a new church building was built in its place, during the construction of which the material left after the restoration of the chapel and the foundation of the choir were used.

In 1632, during the Thirty Years' War, King Gustavus Adolphus expropriated the church from the Teutonic Order and gave the shrine to the city of Nuremberg. After that, an extensive reconstruction of the building was carried out.

In 1648, according to the signed Peace of Westphalia, the church was returned to the Teutonic Order.

As part of the secularization of the Teutonic Order, all the buildings belonging to it passed to the Kingdom of Bavaria in 1806.

The church was damaged during the Second World War, but was restored afterwards.

Today the church is the terminus of the Middle Franconian Way of St. James between Nuremberg and Rothenburg.

The Jacobskirche is a typical structure of the Gothic era with a pointed belfry tower with four bells. 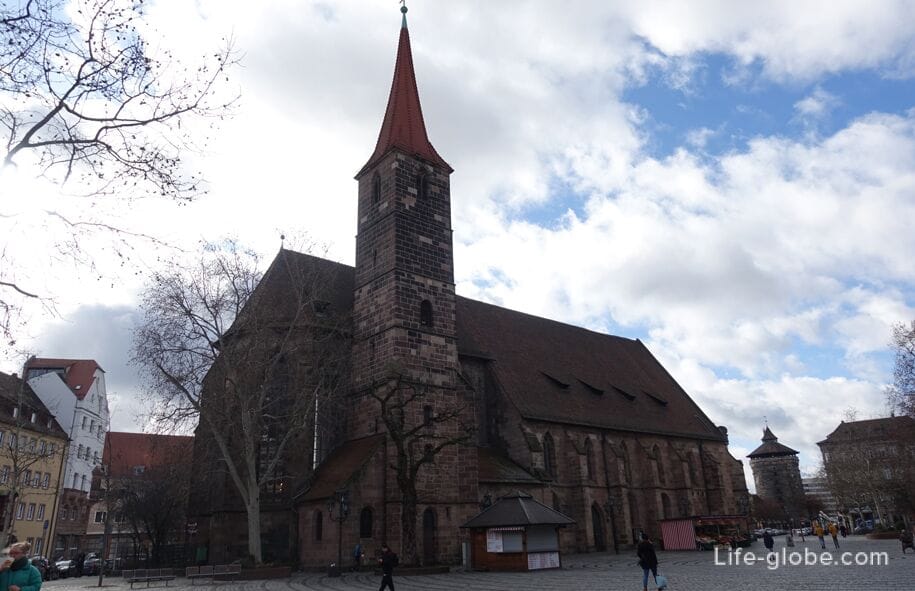 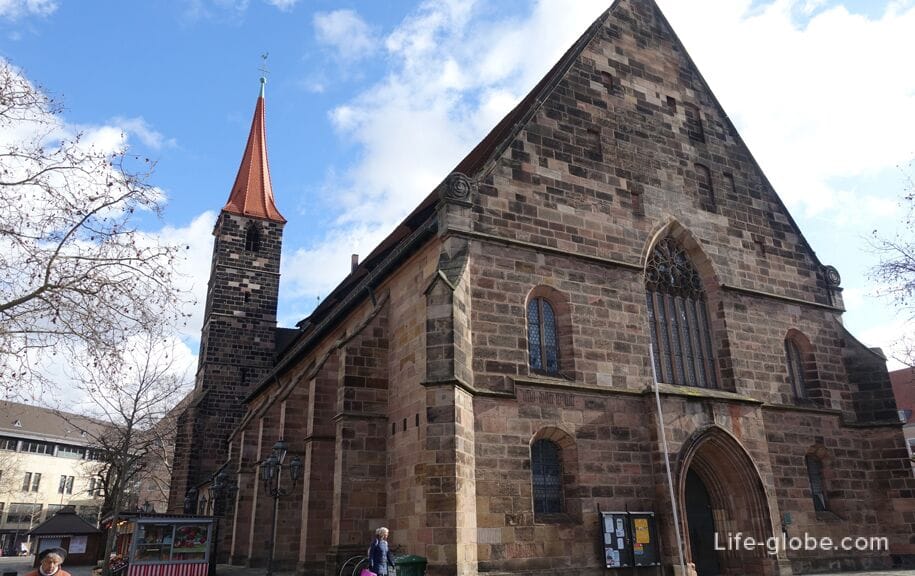 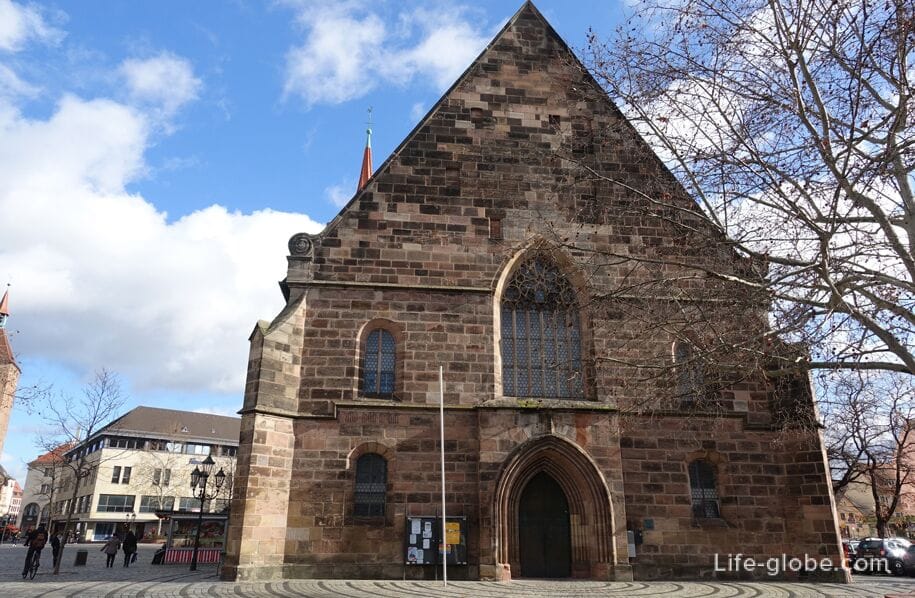 The interior decoration of the one-nave church of St. James is simple and strict.

Notable in the church are: a deep choir with pointed stained glass windows; the oldest surviving winged altar in southern Germany, created around 1360-1370; an organ; paintings; a large crucifix; sculptures and sculptural groups, including the outstanding work of Nuremberg sculpture - "Mourning for Christ" of the 15th century. 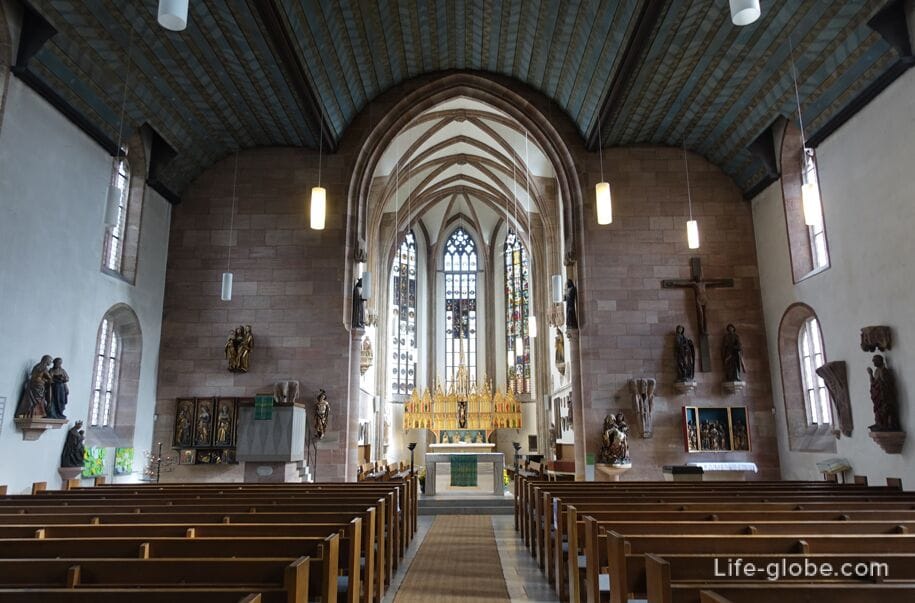 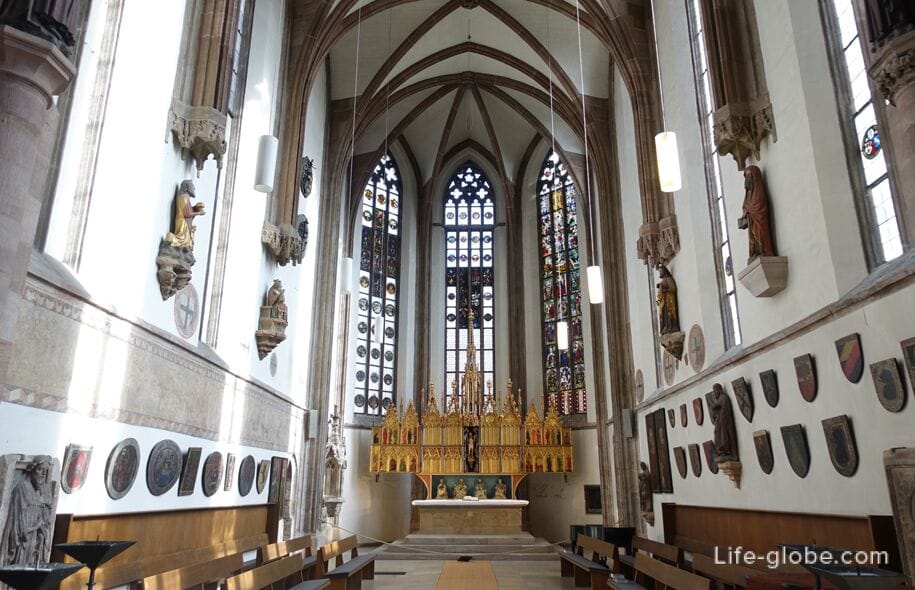 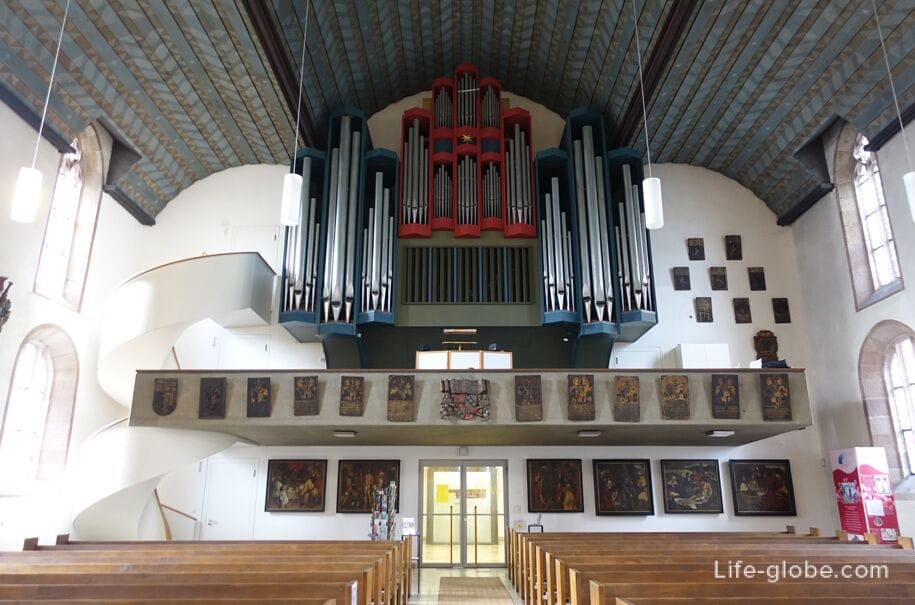 The Church of St. James is located in the southwestern part of the historic old town of Nuremberg, next to the White Tower (Weißer Turm) of the penultimate fortifications of the city and one of the most important modern works of art in the city - the fountain "Marriage Carousel" (Ehekarussell).

The address of the Church of St. James: Jakobsplatz, 1 (Jakobsplatz).

All accommodation facilities in Nuremberg, including in the city center and near the Jakobskirche, can be viewed and booked here 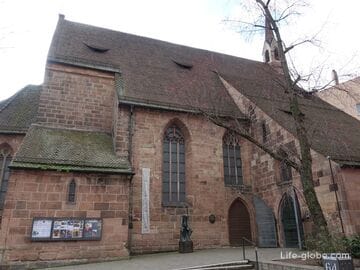 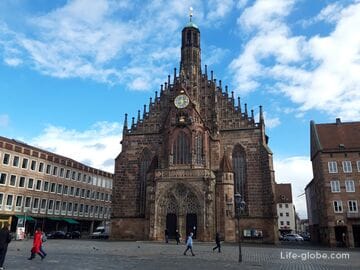 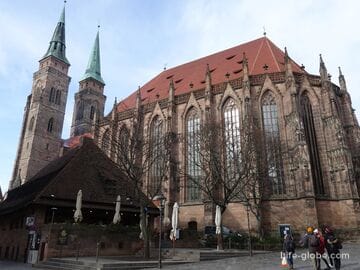