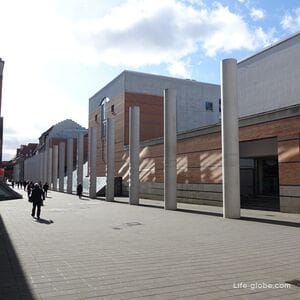 The Human Rights Street or the Human Rights Road (Way of Human Rights, German name: Straße der Menschenrechte), is a monument in the form of a monumental sculptural composition located outdoors in Nuremberg on Kartäusergasse Street.

The history of the Human Rights Street in Nuremberg dates back to 1988, when a jury of twelve people had to decide on the artistic design of the Kartoisergasse Street, which was necessary due to the expansion of the German National Museum (Germanisches Nationalmuseum), whose buildings are located along this street.

The competition was won by the concept of the Israeli sculptor Dani Karavan.

The sculptural composition of the street is dedicated to the "Universal Declaration of Human Rights" and, according to the Nuremberg Human Rights Office, is "both an accusation of the crimes of the National Socialists and a reminder that human rights are still massively violated in many countries of the world."

The sculptural objects extend for a length of just over 200 meters, along the entire Kartoisergasse street, from Kornmarkt Street to the Cartesian Gate (Kartäusertor), which are part of the former city fortifications of Nuremberg.

- entrance gate, representing the hundredth detached concrete white wall with a width of 16 meters and a height of 8 meters with three openings; 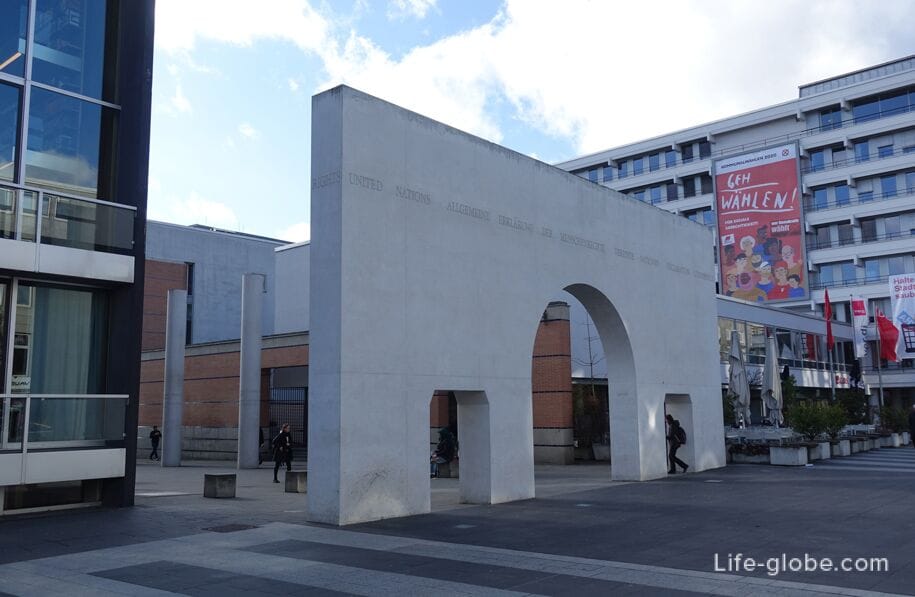 - 27 round pillars made of white concrete (8 meters high and 80 centimeters in diameter), two round white slabs and one tree, which also symbolizes the column. There are 30 pillars in total, which are located along the entire street at equal intervals - 5.7 meters. 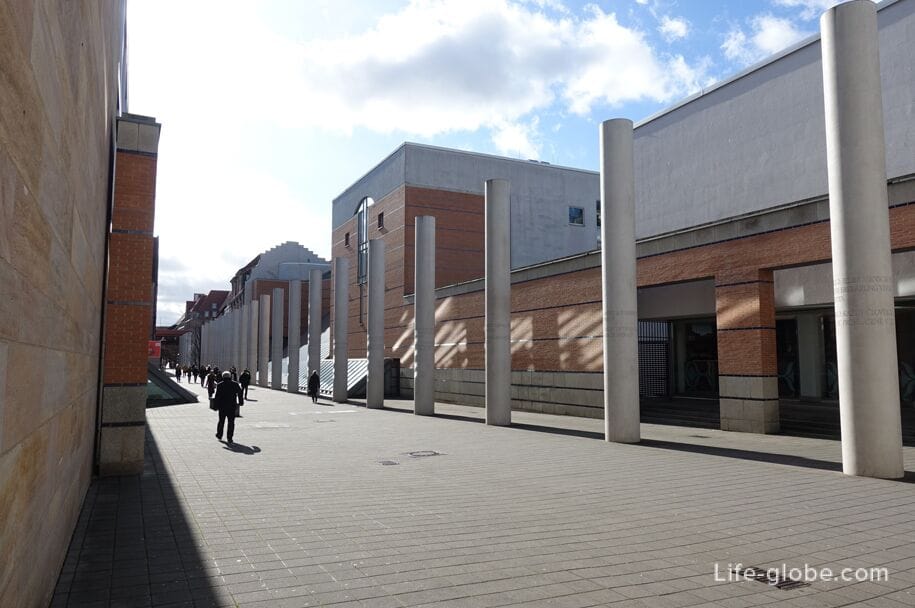 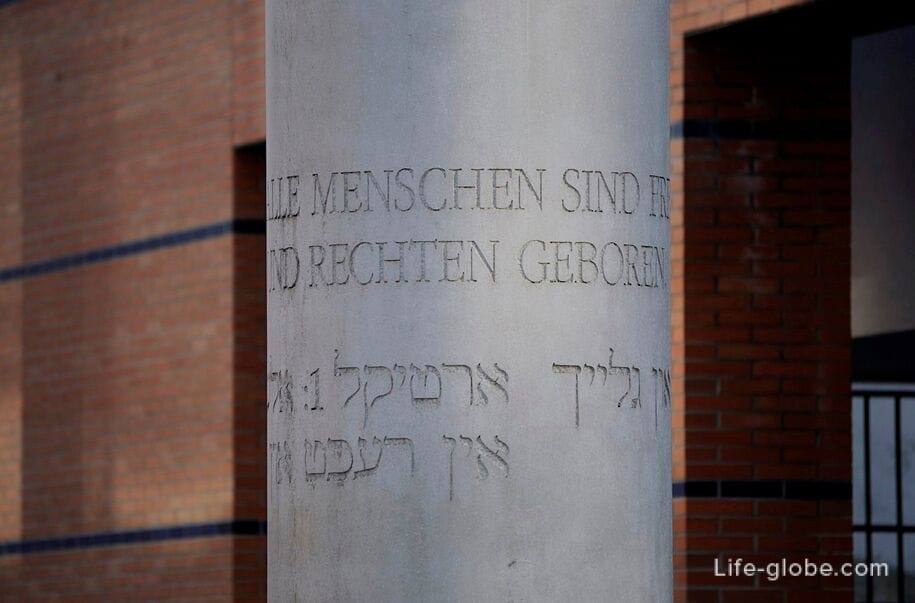 On the south side, the Human Rights Street leads to a historical monument that has been on this site since the Middle Ages -The Carthusian gate and the wall that were part of the city fortifications.

The Cartesian gate is adjacent to the wall, has a gable roof, a large central arch - entrance / exit, flanked by another passage. 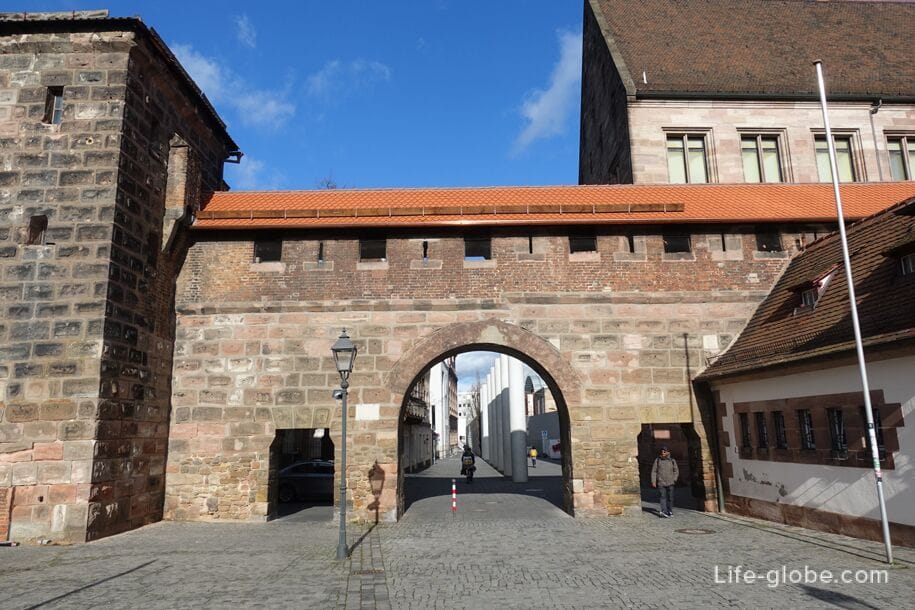 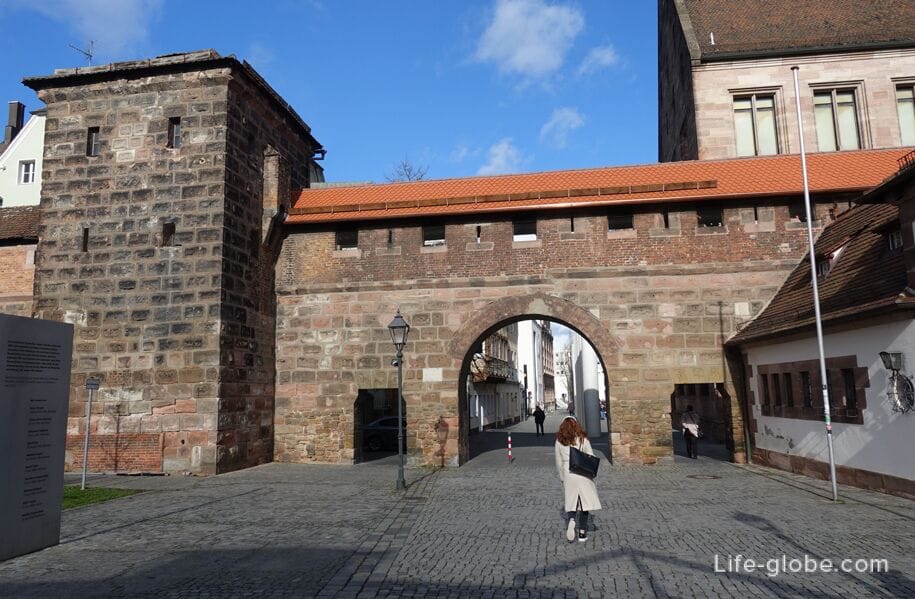 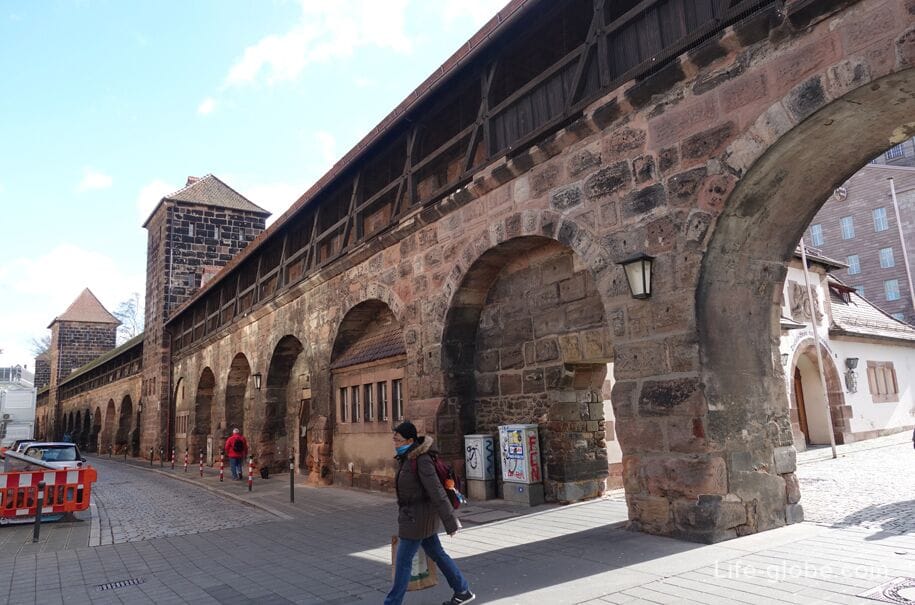 Along the Human Rights Street

The eastern side of Human Rights Street is occupied by buildings The German National Museum (Germanisches Nationalmuseum) is the largest museum of the cultural history of German-speaking regions in Germany.

The museum's collections showcase the history, culture and art of the regions where German is spoken or was once spoken, from prehistoric times to the present day.

The museum buildings themselves are a landmark and an architectural monument - they represent an ensemble, part of which forms a former Carthusian monastery (a unique ensemble of which consists of a monastery, a church and monastic dwellings of the 14th century), and part - more modern buildings. More about the German National Museum... 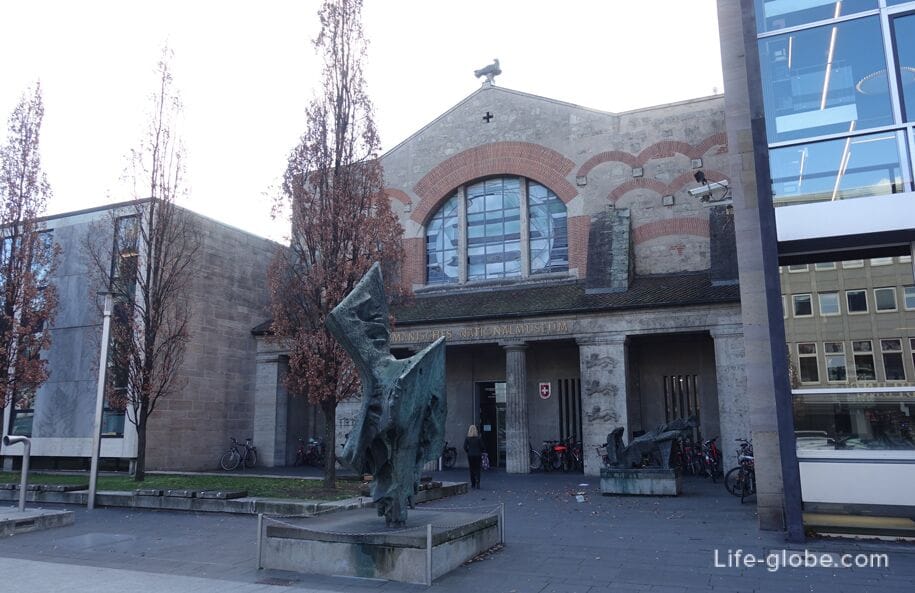 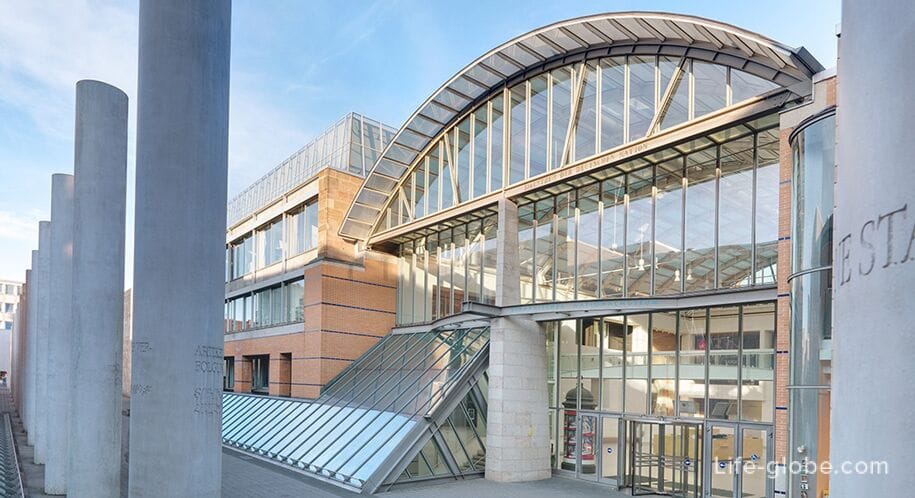 On the west side of the street there are: cafes and buildings, including the "Center for Art and Cultural Education of the Nuremberg Museums" (Kunst- und Kulturpädagogisches Zentrum der Museen in Nuremberg).

The Human Rights Road is located on the southern outskirts of the historic old town of Nuremberg, near the city fortifications.

Near the Human Rights Street, and therefore in the center of Nuremberg, you can stop:

The rooms are decorated in a modern country style, wooden floors. The rooms have an iPod docking station. Link to the guest house 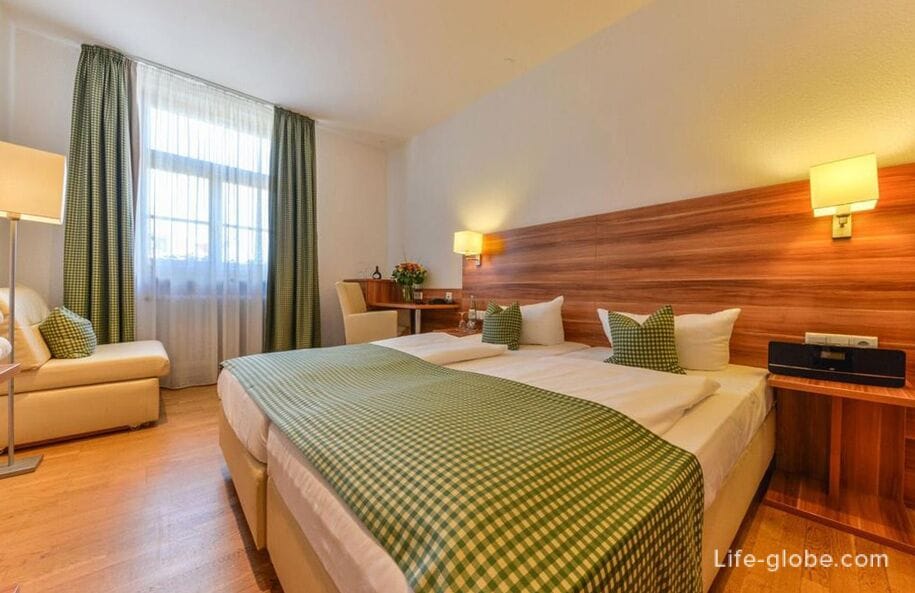 The rooms are equipped with modern amenities, including air conditioning, free Wi-Fi and CD/DVD player.

Upon arrival at the hotel, guests will be offered a welcome drink. 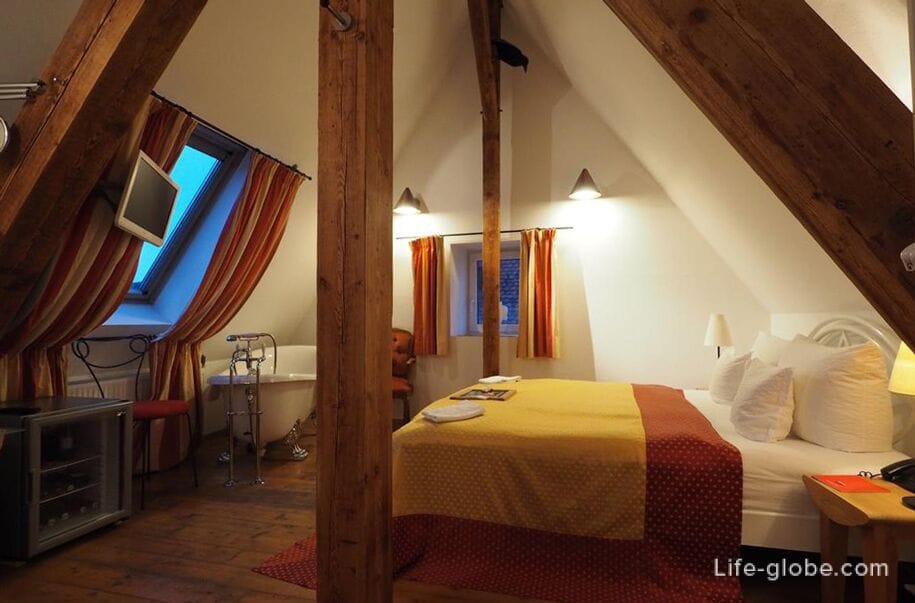 The 3-star Deutscher Kaiser Hotel features a bar, a fitness room, parking, a small library, a reading room and a meeting room.

Free wired internet or Wi-Fi is available in all rooms. There is also a flat-screen TV with satellite sports and movie channels. 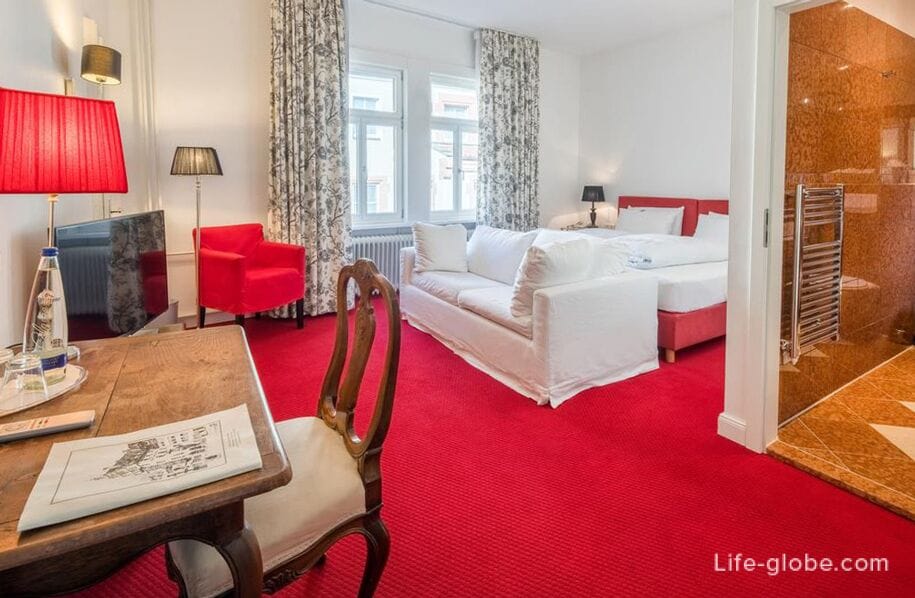 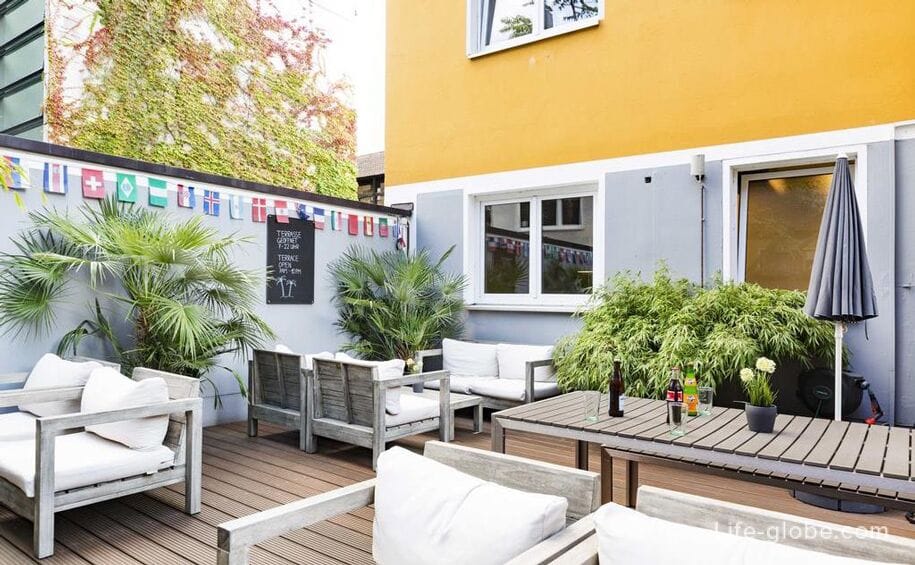 All accommodation facilities in Nuremberg, including in the city center and near the Human Rights Street, can be viewed and booked here 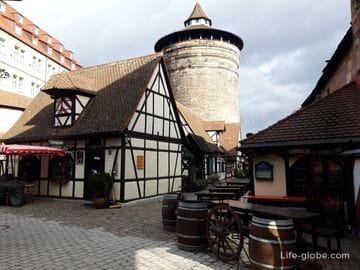 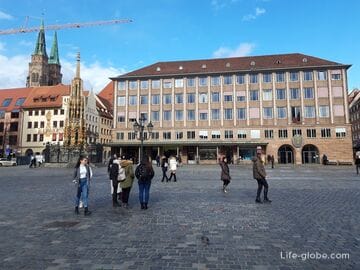 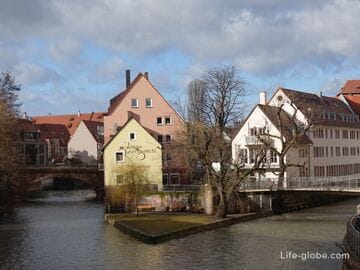