From Memmingen airport to the city centre (how to get)

We recommend: Booking hotels in Memmingen at the best prices

Distance from airport Memmingen (Memmingen Flughafen, or, as it is called by the Germans themselves - Allgäu) to Memmingen city centre is four kilometers away. Flights to Memmingen...

From the airport to the city center can be reached by taxi, car, bus or on foot.

From the airport of Memmingen (Allgäu) to the city centre of Memmingen (Central bus station) buses 810 and 2, way in about 12 minutes. The ticket cost 3 Euro an adult and 2.25 - children from 4 to 14 years. Tickets can be purchased from the driver. Schedule of buses from Allgäu Airport to Memmingen ZOB (Bahnhof), the fare and terms can be clarified here.

From Memmingen airport buses in other cities (also in Munich), including buses Flexbus (FlixBus) plying in Munich and Europe. Link to the FlixBus buses →

Did not have time to go from the airport and five hundred meters, stopped the car, and a middle-aged man had offered to drive into town. We politely declined, thanking for the invitation. The bag is not heavy, the weather is good, strength is still a lot and the mood was cheerful.

That used offer men, we did not regret. Hiking the road was wonderful, admired the surroundings, I went on my way to the supermarket, snack pretzels, stared at the Windows. All of our leisurely journey took thirty minutes.

Roads in the city are flat, clean, ride and walk on such a pleasure. 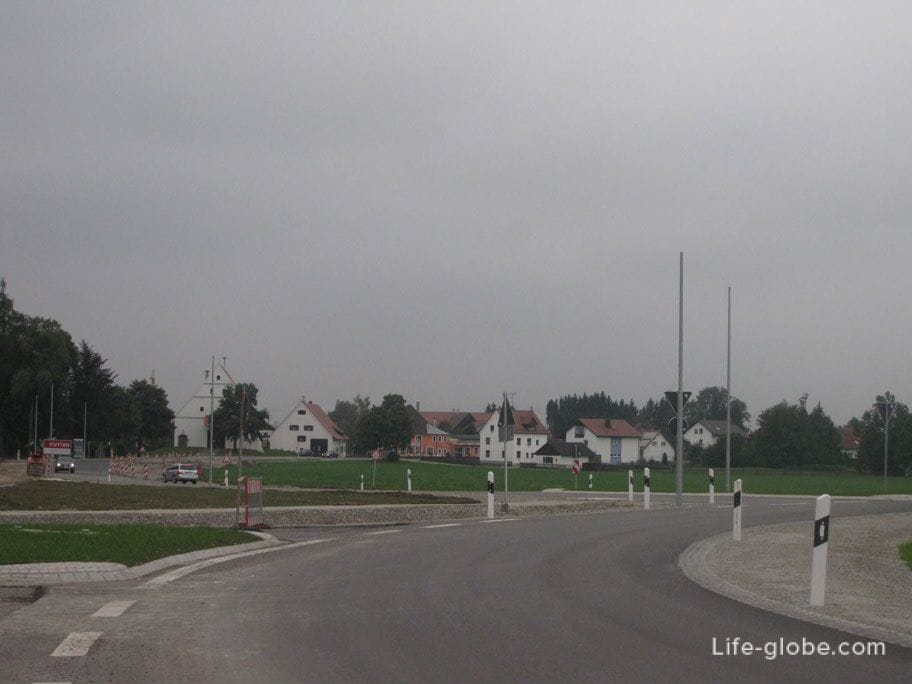 Came to Augsburg Strasse and went straight across the street heading into the city. On both sides of the street is low houses in true German style, white facades walls with a tiled triangular roofs. Every house is fenced with a small fence (fence) that can be easily crossed. In the courtyards grow ornamental plants and planted lawn grass. All rovnenko, clean, neat and tidy. 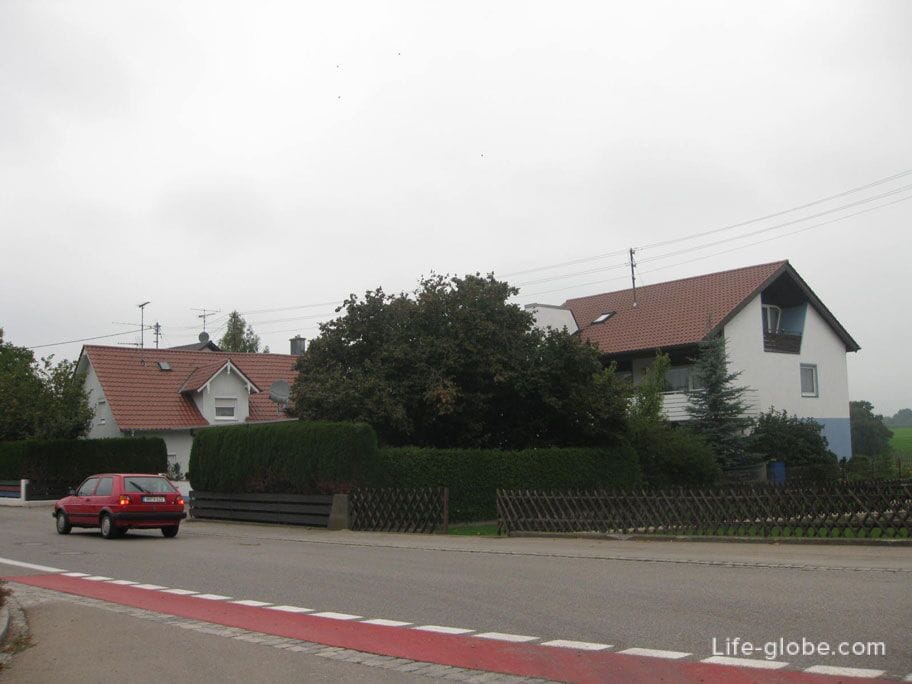 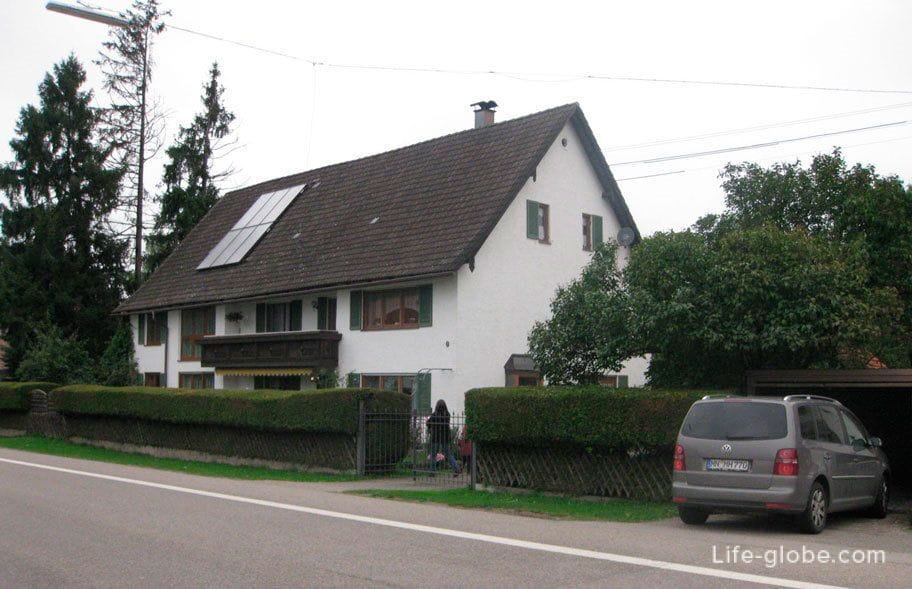 Doors in houses, if not glass, then prostaglandin 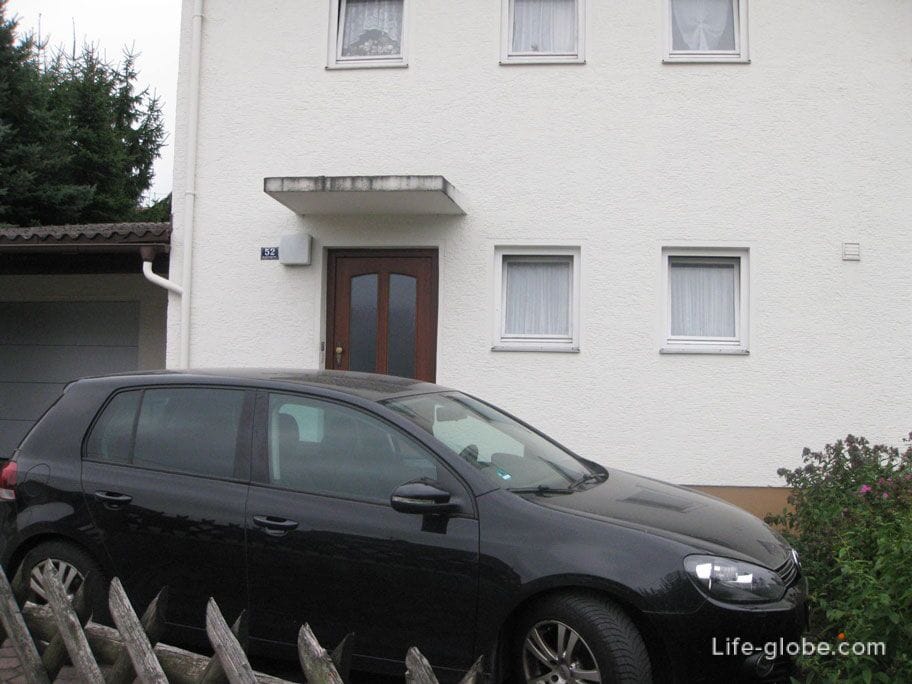 Along the way came across a supermarket discount - Netto Marken-Discount - Filiale. The supermarket is on the left side of the road at Augsburger Str. 70 3 87700 Memmingen Germany. Open from 7:00 to 20:00 hours.

Ate to say that the supermarket is a huge amount of stock, that is to say nothing. The prices in the shop are very cheap. Here we ate fresh German pretzels, delicious. Brezel, the Germans also call it Bryce, brez, brezl, this pretzel sprinkled with salt, with a diameter of approximately 10-15 centimeters. Widespread in southern Germany (Bavaria) and in Austria, where it is called brezn, Swabia - Bretzel or brettg and Luxembourg - Bretzel.

According to legend, pretzels were invented by a Baker, whom the Bavarian king was instructed to bake a loaf of bread, through which three times would be possible to see the sun. What the Baker did. Having seen and tasted the pretzel, the king was so pleased that pretzel was almost a symbol for the whole of Bavaria. In the Middle ages, the manufacture of pretzels was tightly regulated in time and bake this muffin was permitted only a narrowly limited circle of people. At present, the pretzel is common in many countries of Europe and is a favorite beer snack. In Germany, the pretzel became the emblem of bakers and is often depicted on signs for patisseries, bakeries and firms engaged in the manufacture of bread, muffins and various bakery products.

We crossed the railroad tracks. In Memmingen, close to the city centre, a train station, to reach which the train to any nearby city. We with her went to Munich for the beer festival Oktoberfest. Though the station is located in the centre of the city, but odor or noise from the trains. Trains in Germany are not honking like crazy, what's the word on a few areas, as we have.

Went to one of the Central streets of the town, Maximilian Strasse. The city centre is very beautiful and well-groomed. Colored low houses, the first floors of which there are numerous restaurants and shops, quiet and cozy streets, squares with fountains and benches, in a word peace of mind and the satisfaction of the eye. Learn more about the town centre you can read and view photos here. 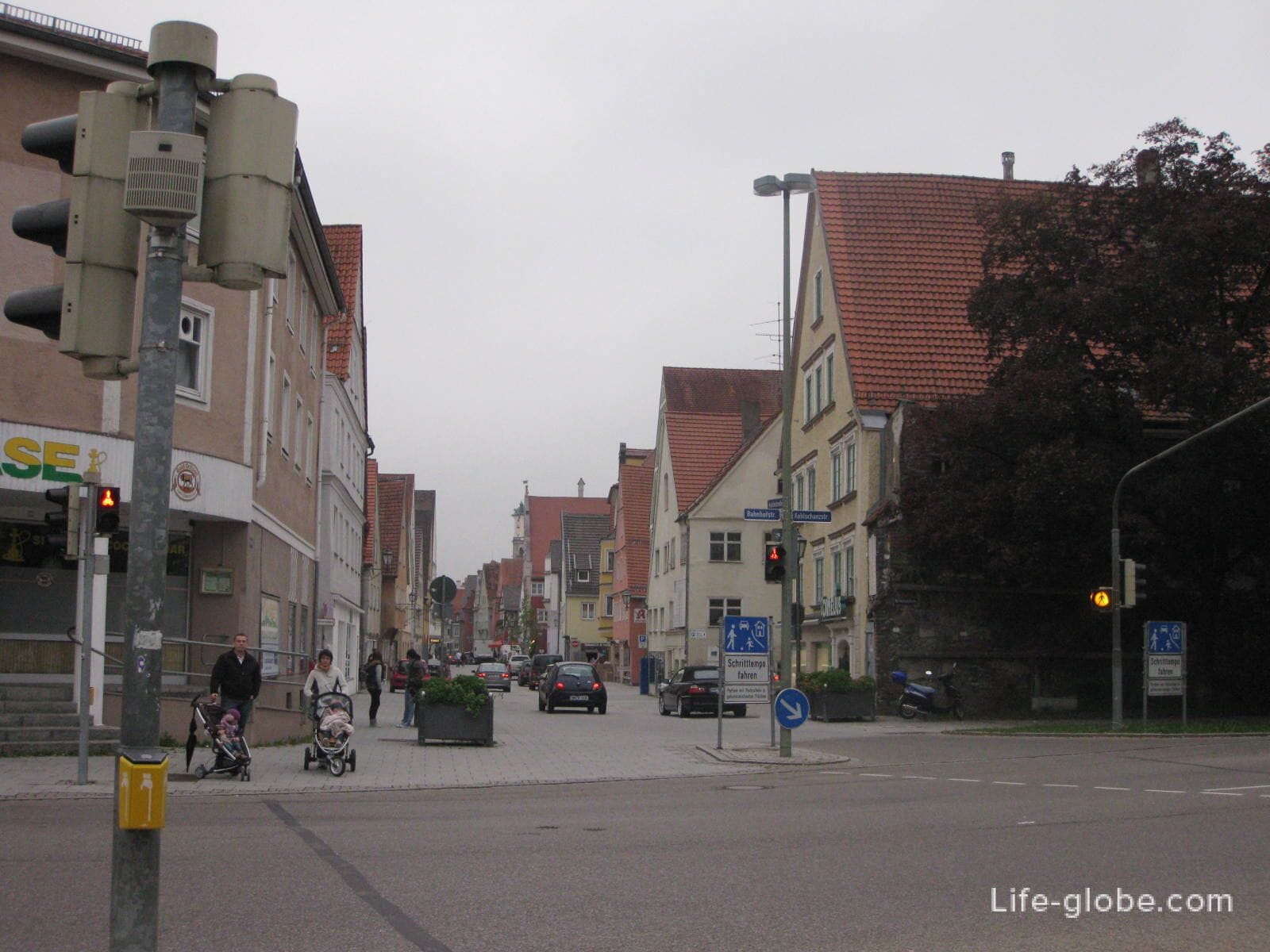 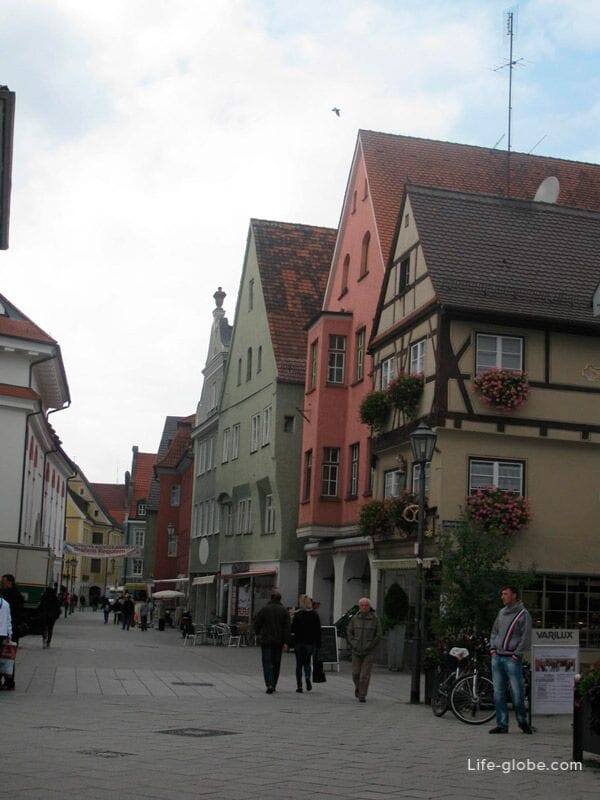 Crossed a small river. In the river ducks and a symbol of the city - two large letter "M" 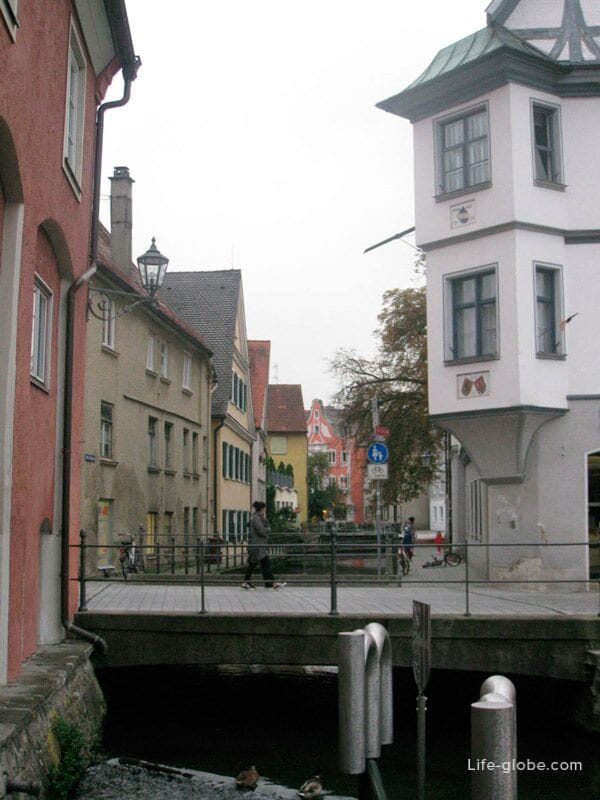 So slowly walking and admiring the city, we did not notice how came to the hotel. It's time to go and move...

Where to stay in Memmingen! All accommodation in Memmingen (hotels, apartments, guest houses, etc.) can view and book here 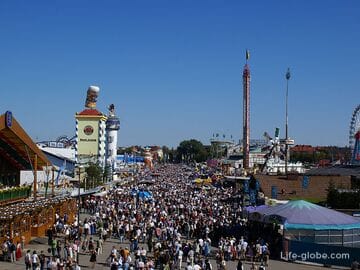 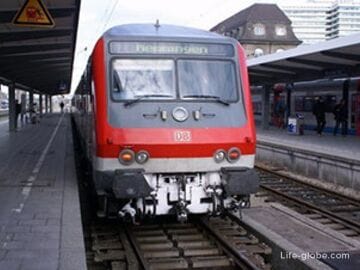 How to get from Memmingen to Munich (air... 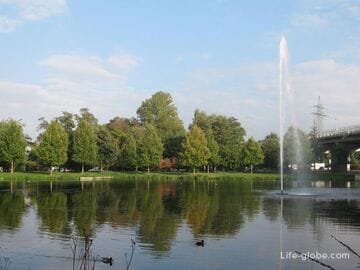 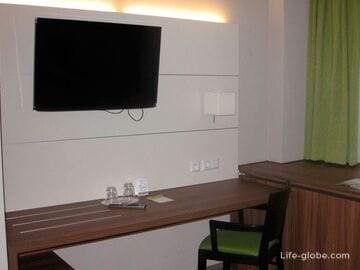