One of the main squares and attractions of the city Vilnius is the Cathedral square (Lithuanian name Katedros aikste). In the Soviet times the square was called the square of Gediminas. It is from this area originates in the old town of Vilnius.

Cathedral square in the historical centre of Vilnius, at the foot of the Castle hill, at the intersection of the main streets of the city - the ancient streets of Pilies and Gedimino prospektas, formed the Central axis of the city in the late nineteenth - early twentieth centuries.

Cathedral square is one of the busiest places in the city. On the square are all public events and celebrations. Here often hold fairs and folk festivals, military parades, concerts, meetings, major holidays, religious ceremonies and political events. As you can see, the area has a very important status in life of the city and even embodies a symbol of all of Vilnius. 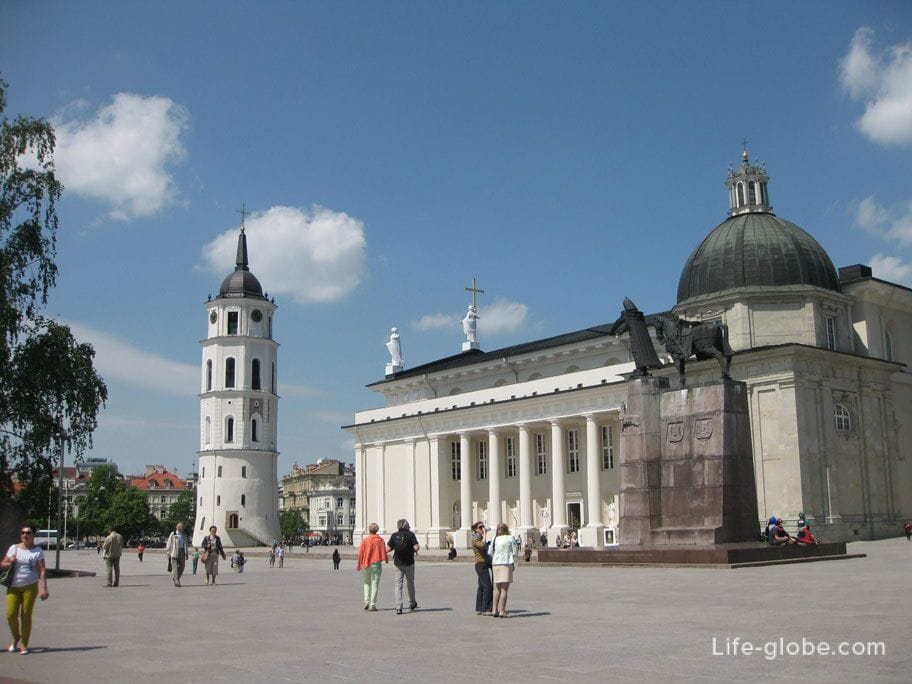 Cathedral of St. Stanislaus and St. Ladislaus is the Central temple of the city and the main building of the Cathedral square.

This is the Roman Catholic Cathedral of Vilnius Archdiocese, the Archdiocese. He was awarded the honorary status of minor Basilica.

In the Church you can go. Admission is free and free. 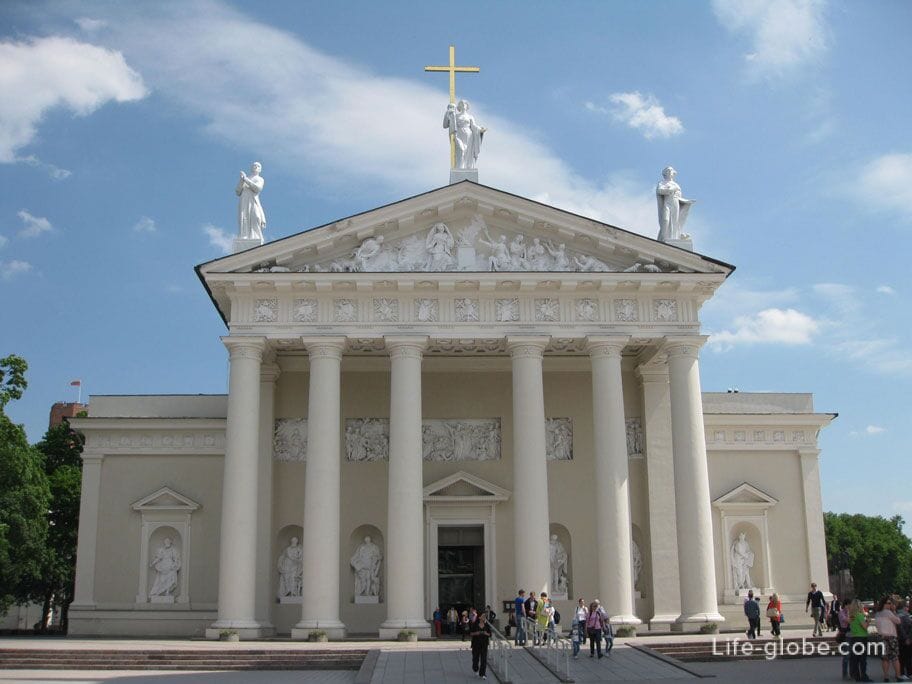 The photo below is the interior of the Cathedral 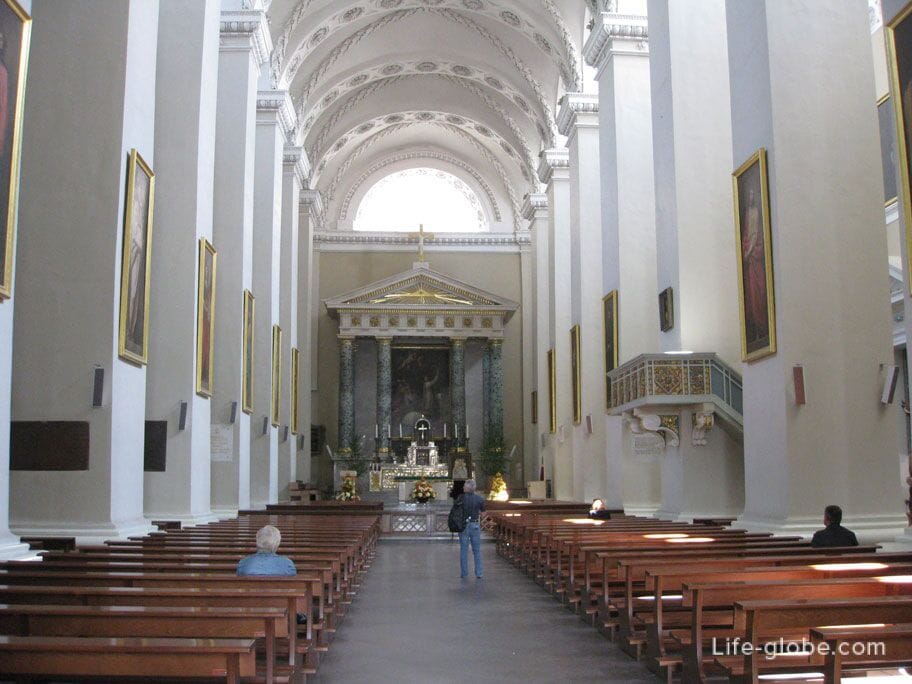 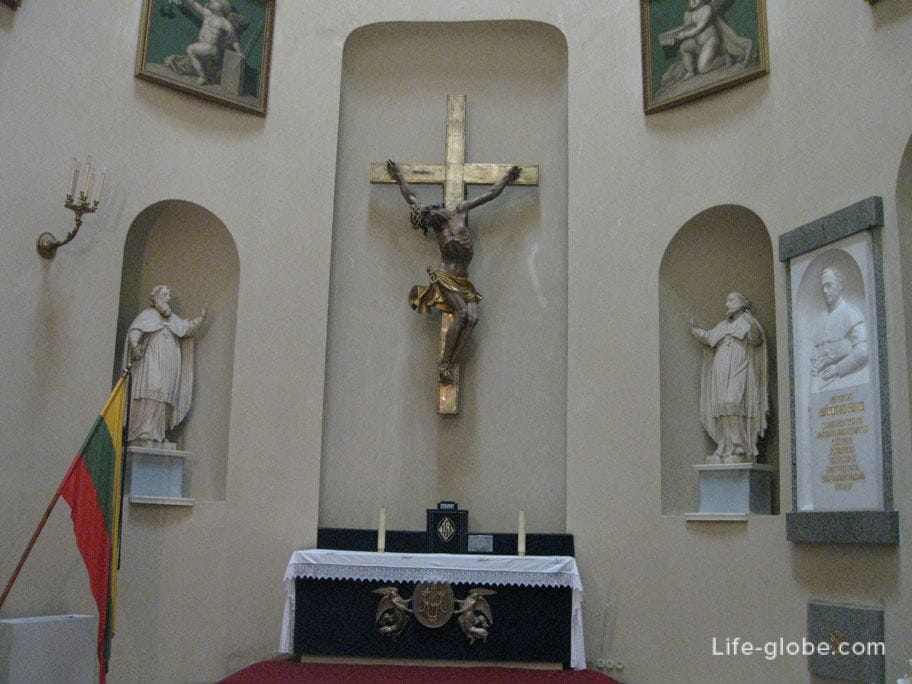 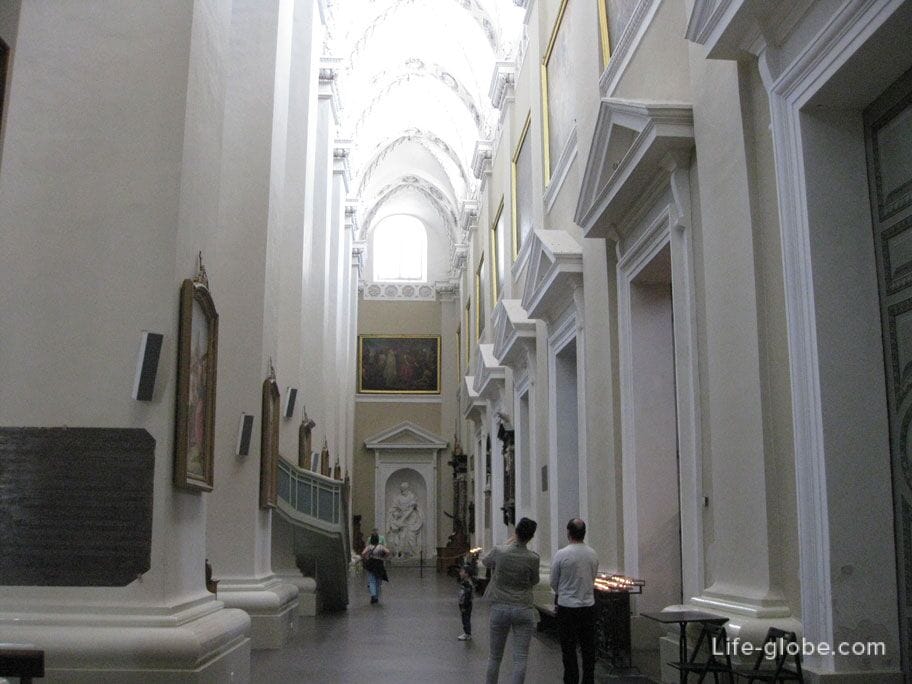 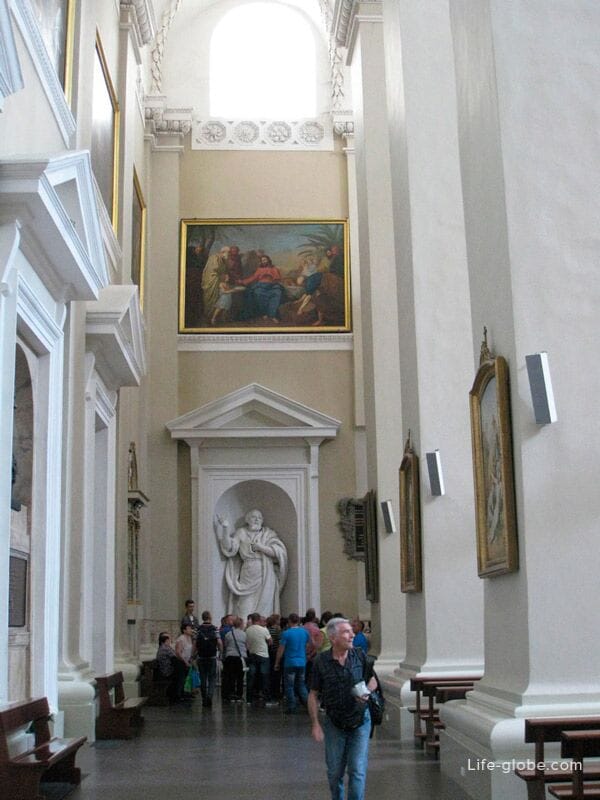 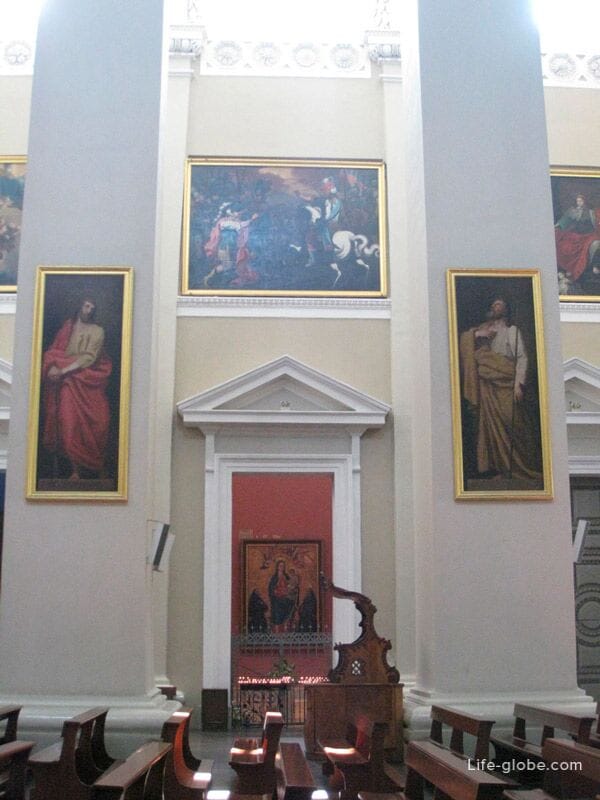 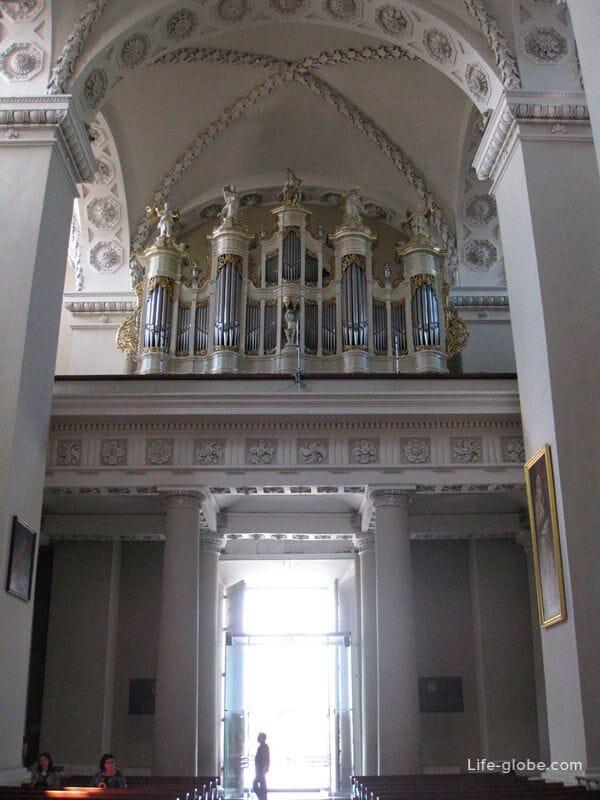 Near Cathedral of St. Stanislaus is located the bell tower of the Cathedral.

The bell tower is a detached four-storey building, sixteenth to eighteenth centuries and has a height of 57 meters.

The fourth - the upper tier of the bell tower posted tower clock. The clock is ticking and to this day, have only one arrow and four dials.

Also on the upper tier of the belfry there are two bells - big and small. The great bell strikes hours and less batter-quarters of an hour. 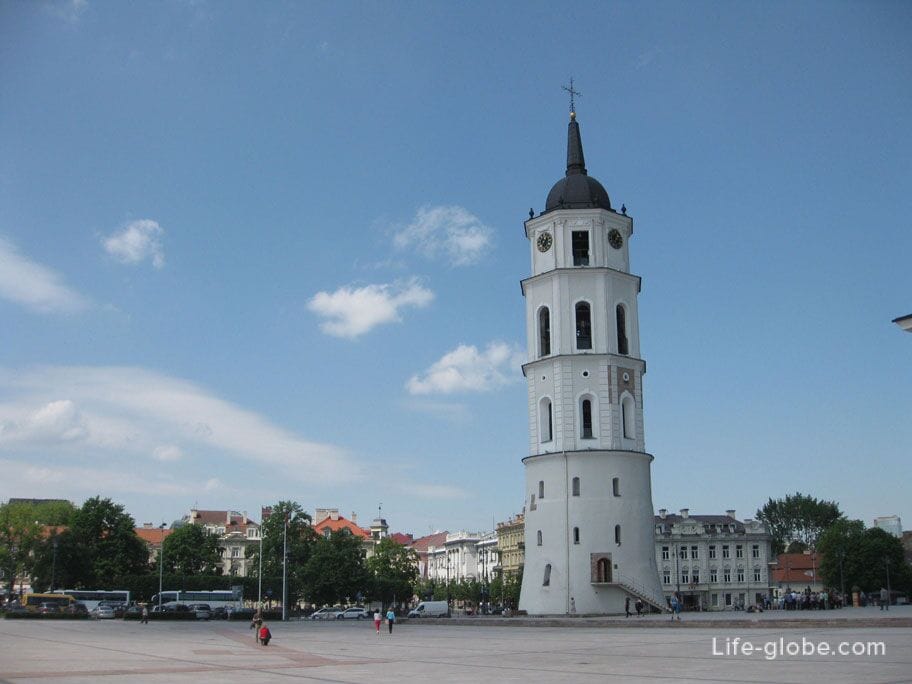 In addition to the Cathedral and bell tower in the middle of the square there is a statue of Gediminas, proudly standing next to his horse in battle.

Duke Gediminas (Gedeminne, Gedeminnen, Gedeminni, Godeminnus) the founder of the dynasty of the gediminids, with 1316 1341 for years - the Grand Duke of Lithuania. Years of life: October 1275 - December 1341 years. 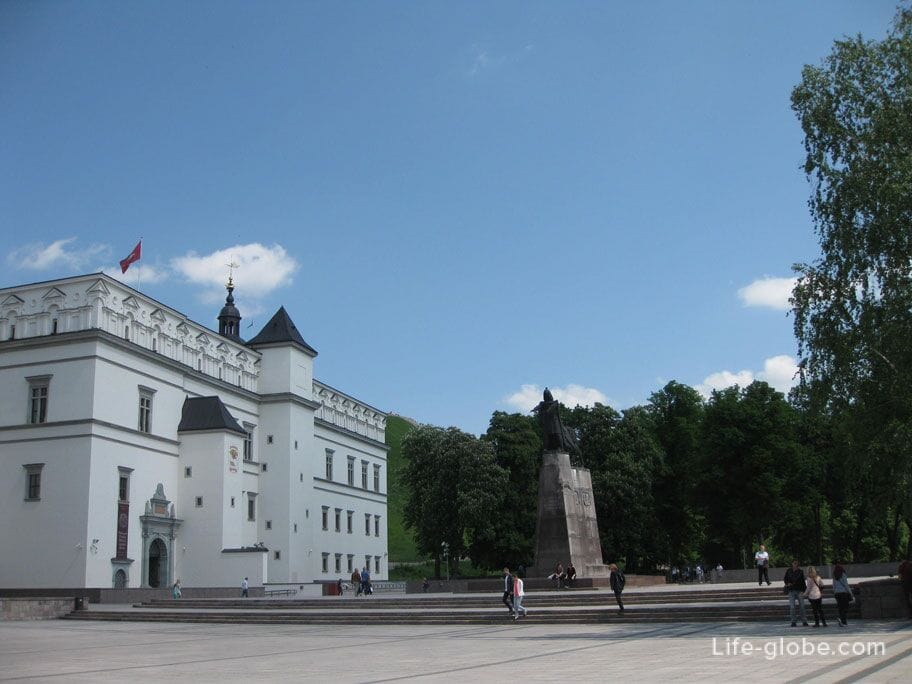 Because the area is located at the foot of Castle hill, the square offers lovely views of green mountain and West of the old tower of the Upper castle of Vilnius. The name Gediminas Tower or the Tower of Gediminas (Lithuanian Gedimino pilies bokstas name).

The tower is a monument of history and culture of the city of Vilnius.

The surviving castle Tower has an octagonal shape and three floors. The tower is 20 meters. The tower is built of rough rubble stone and red brick, from which is red, so good stands out among green trees and shrubs, which has long been overgrown hill.

In the tower is a branch of the Lithuanian national Museum with exhibits devoted to the history of the city. And on top of the tower is an observation deck, which is rising eyes the beautiful panorama of the old town and the valley of the Viliya.

Climb to the tower on foot along a spiral path that runs directly on the Castle hill. 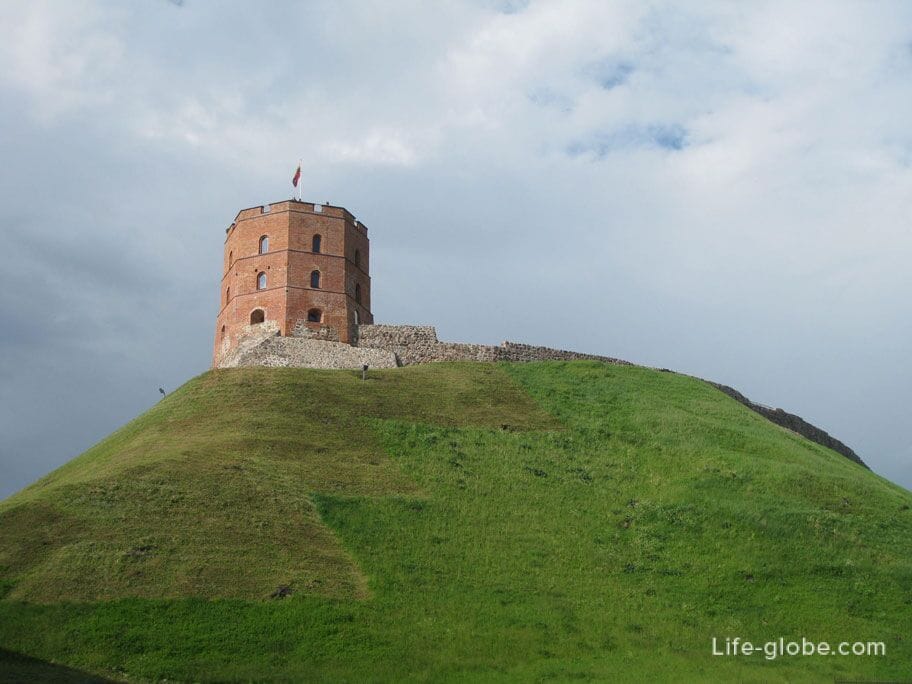 The square is seen the snow - white monument Three crosses, located behind the Castle tower and the river Vilnia (Vilnia) in the green Mountain Park (Kalnu Parkas).

It is believed that on this hill, the Gentiles were once tortured seven Franciscans, they were nailed to crosses and sent floating down the river. It is at this place and a monument was erected Three crosses. Under the Soviet Union, the authorities demolished the monument, it was rebuilt in the beginning of the rebirth of Lithuania. 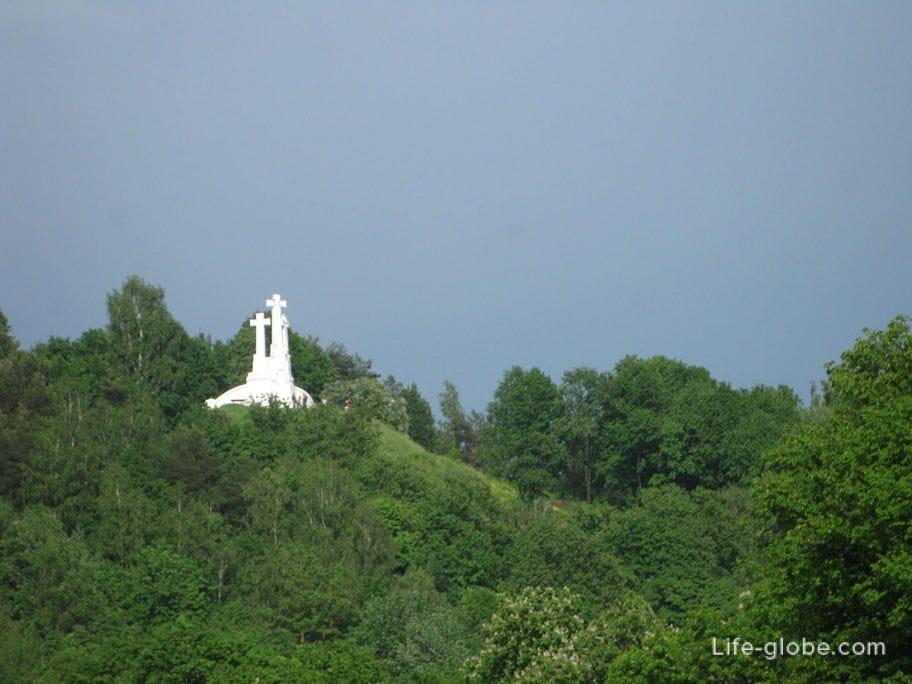 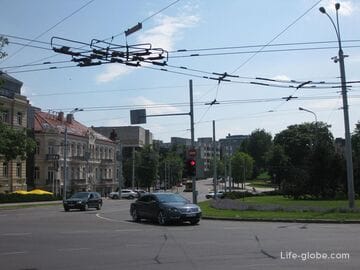 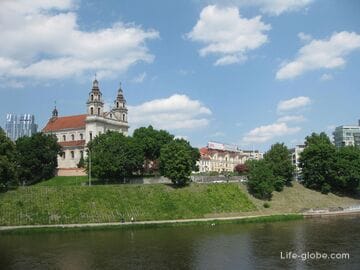 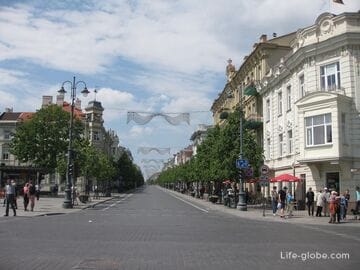 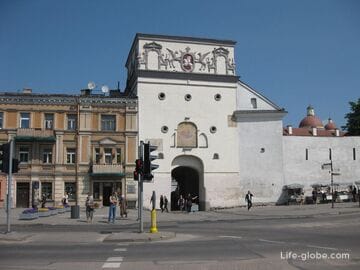 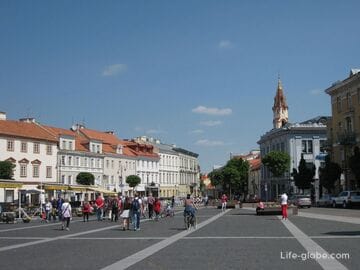 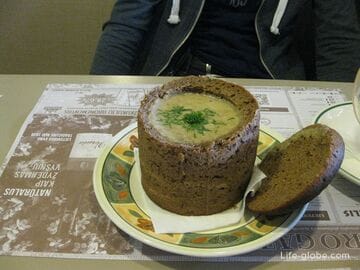 Lithuanian cuisine (what is worth trying... 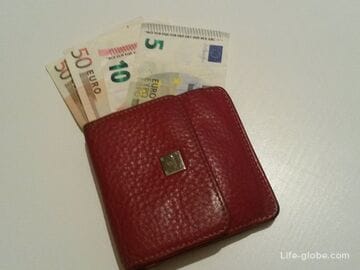