Grand Circus (Circus Maximus or Circo Massimo) is the largest race track in ancient Rome, located in the historical center of Rome, on the left Bank of the Tiber river, in the valley between the hills of the Aventine and the Palatine, walking distance from such famous attractions as the Colosseum, Venezia Square and Roman Forum.

The circus Maximus was the largest first Hippodrome and the stadium of ancient Rome. Nowadays, it is among the ten most visited historical sites, showing the former power of Ancient Rome. 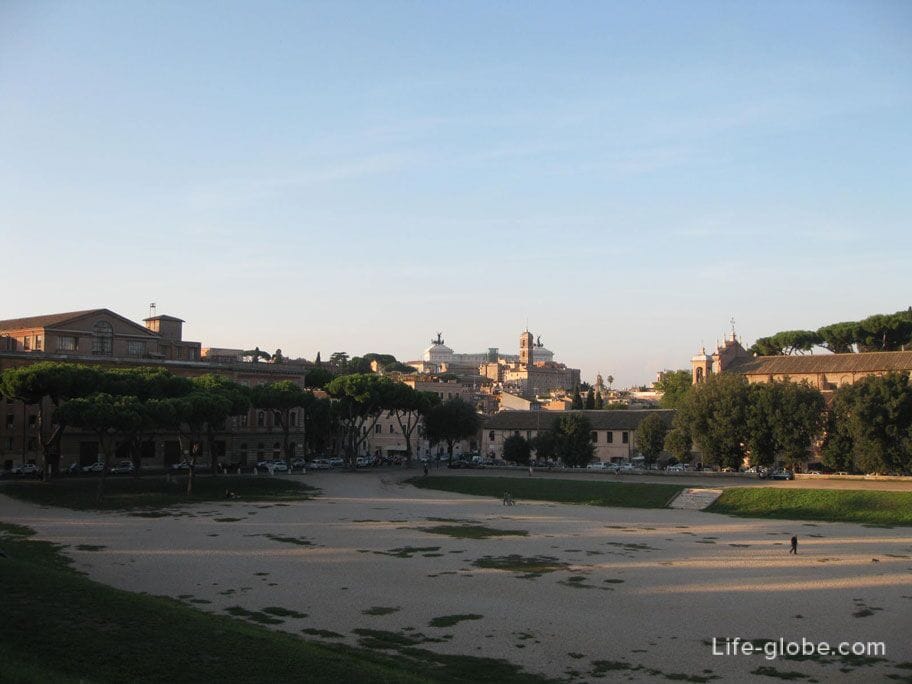 As previously used the circus Maximus in Rome

In ancient Rome, the Hippodrome was used for its intended purpose, in the arena of the circus Maximus were held competitions in chariots and other events. It was a famous place for horse racing - horse ristani (ludi Romani). The competition on the racetrack could simultaneously take part 12 chariots. It is believed that the chariot race was first held here by Tsar Tarquinius by Priscus, and this is neither more nor less, and 500 years before our era.

Along the arena at different heights, were placed the seats for several thousand spectators, among whom were the places for honored guests. All seats for spectators were divided into several grades, those closer to the arena was intended for the nobility, those that at a distance - for everyone else wishing to watch the race. On the outside stands were retail shops.

Currently, the circus Maximus in Rome, the description of which would occupy more than one page, in ruins. This area is used as parkland. The ruins and walking the Park is all that remains of the once famous and Grand buildings, ancient Roman Hippodrome. 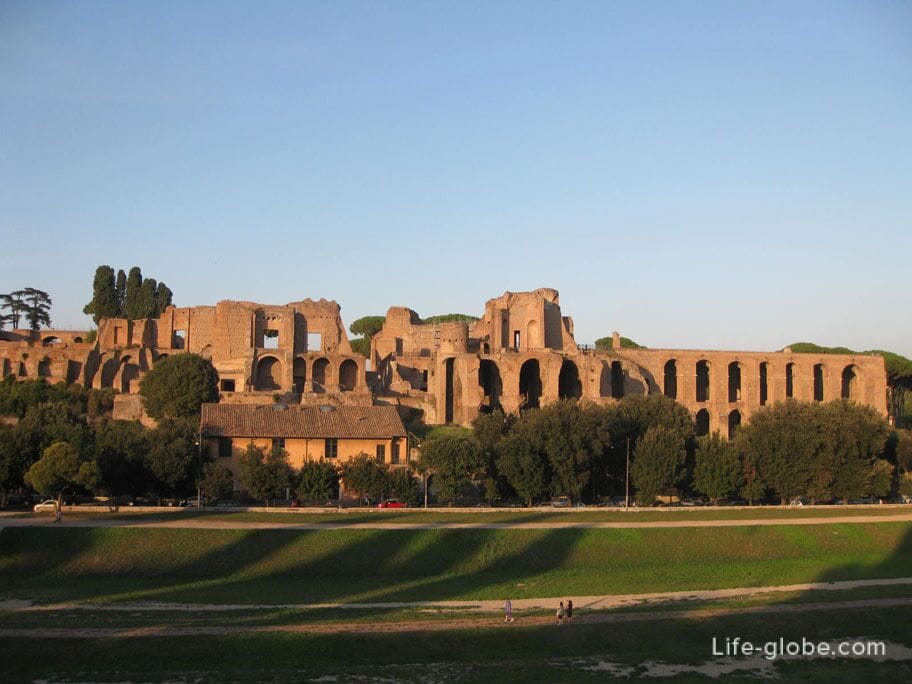 But even today, these remains staggering in its grandeur and Majesty. In those days, in the dawn of its existence, the Circus Maximus in Rome was represented by an elongated structure, an oval shape, this can be seen now. The Central and main part of this building was occupied by the arena, which was a horse race. On one side of the arena were installed three towers with a gate for entry of contestants. It also housed stables for the horses. On the opposite side of the other gates were designed for ceremonial departure of the winners.

Just imagine those ancient times, a Grand building, the huge stadium, the audience's dream, Packed to capacity, the arena decorated with painted chariots, and the guests cheering and applauding. But it's all in the past, today we can only see part of the ruins of buildings and a shallow pit in the middle. 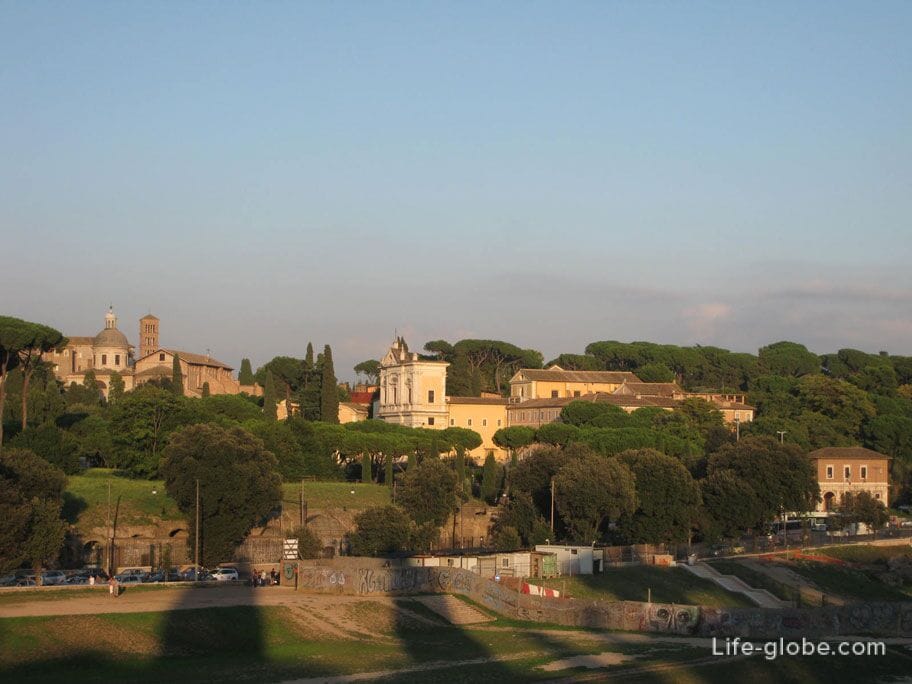 Now for the former Roman arena strolling tourists in the shade of trees among locals, and the youth uses the racetrack for the street soccer competition. From time to time in the former arena of the circus Maximus concerts and public events. 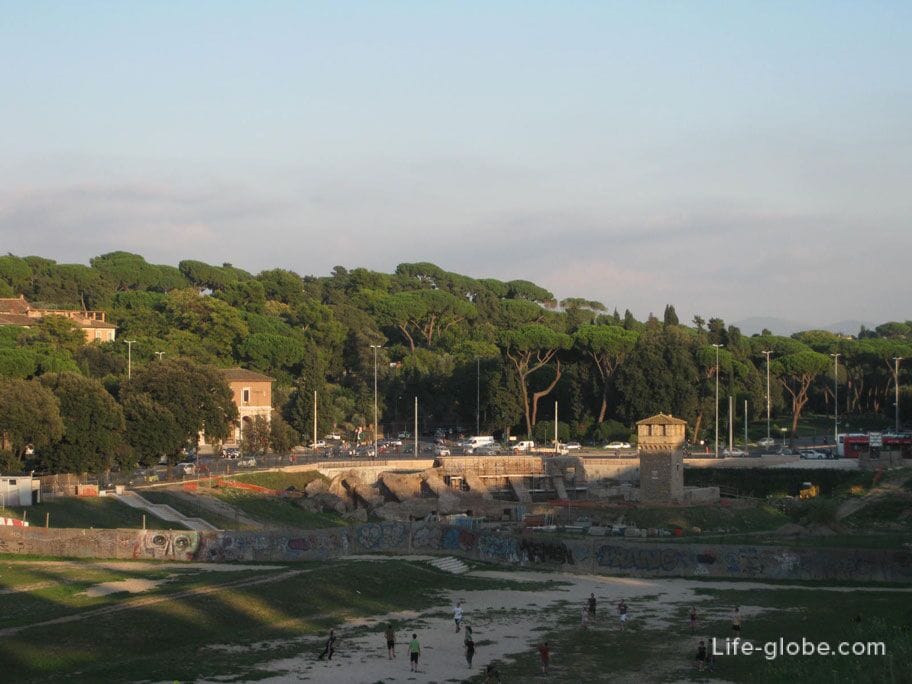 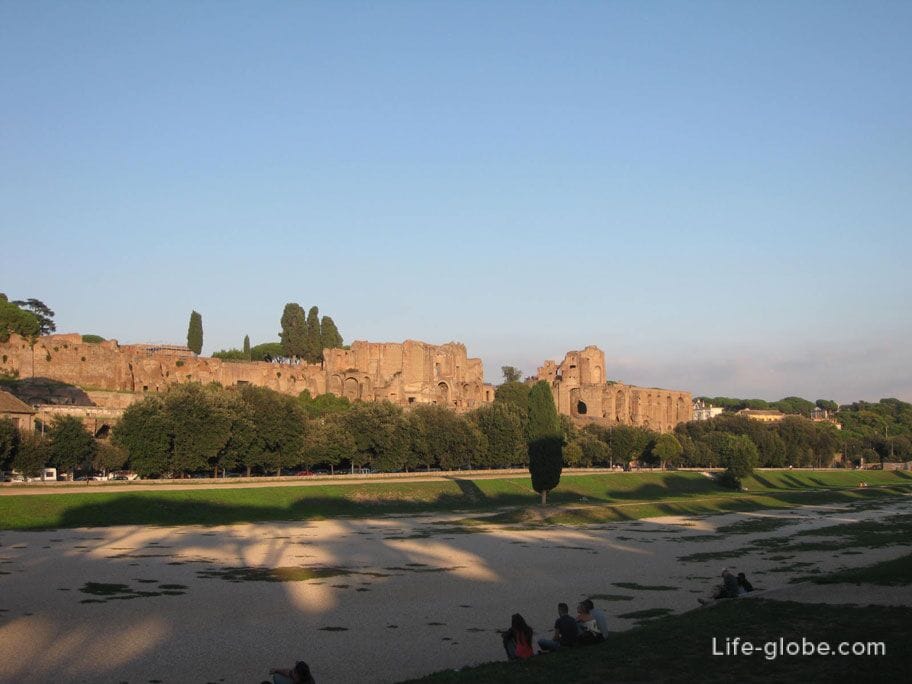 How to get to the circus Maximus in Rome

The circus Maximus is located in Rome, near the Via del Circo Massimo, 00186 Roma, Italy.

To get to the Roman Hippodrome on foot, just 5 minutes from the Roman Forum (Foro Romano) and Colosseum (Colosseo). 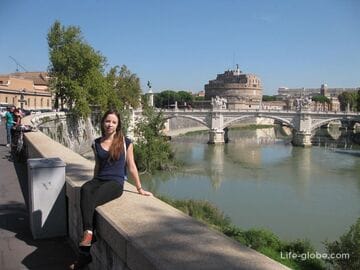 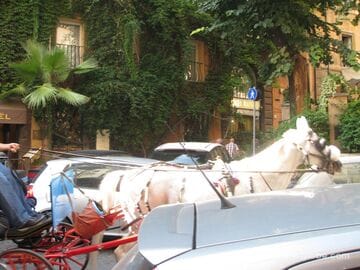 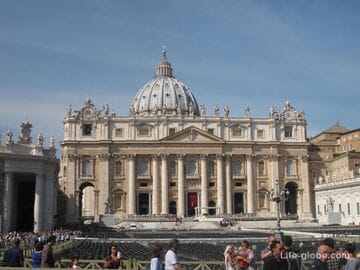 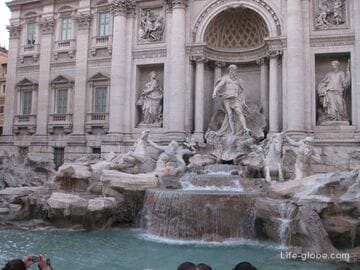 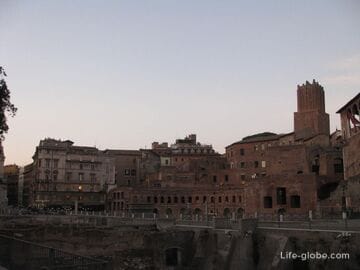