Es-Col-Dien Rabassa or simply Rabassa, also known as Gentilicio is a residential area that is part of Palma de Mallorca and is considered his last resort Eastern suburbs.

Is Es-Col-Dien Rabassa approximately 4.2 kilometers from the historic center of Palma. On the North side of the coast is bordered by the district of El Molinar, and South from the resort town of Can Pastilla.

The history of the area Rabassa

Es-Col-Dien Rabassa was born from the moment when the walls of Palma was destroyed and began the expansion of the city. In the nineteenth century began to appear in homes to vacationers on the coast, and began the development of tourism infrastructure.

In 1885 the Reverend bartolomé Castel proposed to build a Church, as there was no temple. Probably on 8 September of the same year the first part of the temple has been consecrated.

Currently, the area is declared a Natural area of special interest (ANEI), because within it and surrounding area is home to many Balearic endemics.

The coast area that stretches just over two kilometres, has several beach areas and coves, with rocky shores, with access to the sea and coastal nature Park.

Dresses Ciutat hardy is situated in the North-Western tip of the coast district and is considered one of the best and the widest beaches in the city of Palma de Mallorca.

The beach has a Crescent shape. Its length is around 500 meters and the average width is 36 meters.

On the beach of fine pale sand. In the South-Eastern part there are rocks and rock formations. Sea water is clean and clear, the depth comes rather abruptly.

In high season the beach has all the necessary infrastructure: sunbeds and umbrellas, rubbish bins, showers and toilets, there are monitoring services and access for people with disabilities.

Also on the beach sufficient space to accommodate on a personal towel. 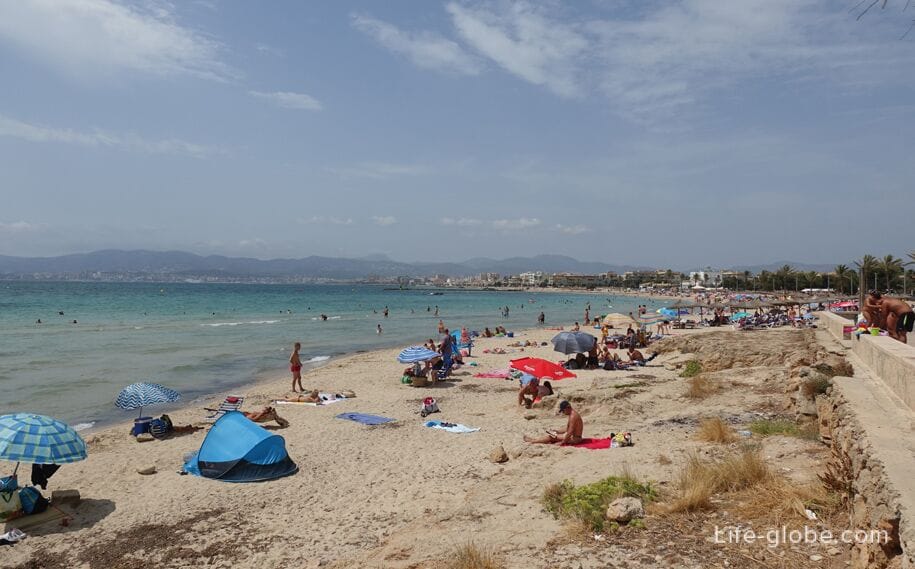 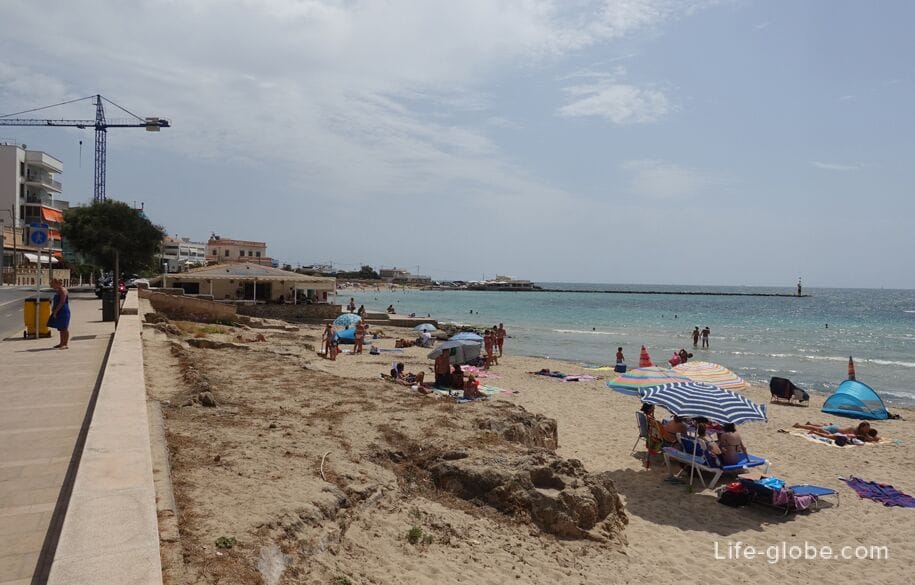 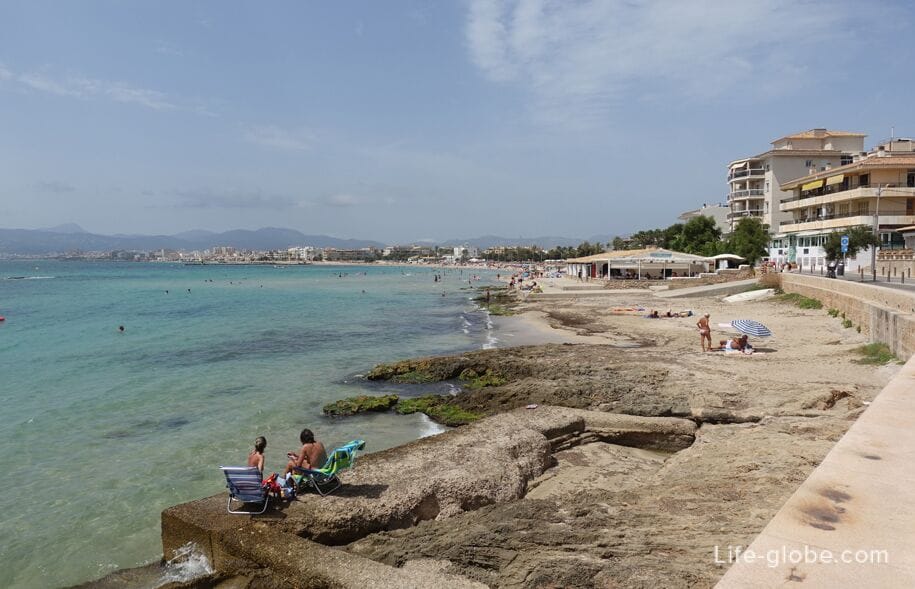 Along the beach runs the promenade (waterfront) with Seating, children's playgrounds, cafes, and bars.

Behind the promenade road and a bike path. The promenade links the centre of Palma with an area of es-Col-Dien-Rabassa, so to get from Palma to the Rabassa and can walk, that can be a great solution for a walk along the sea. 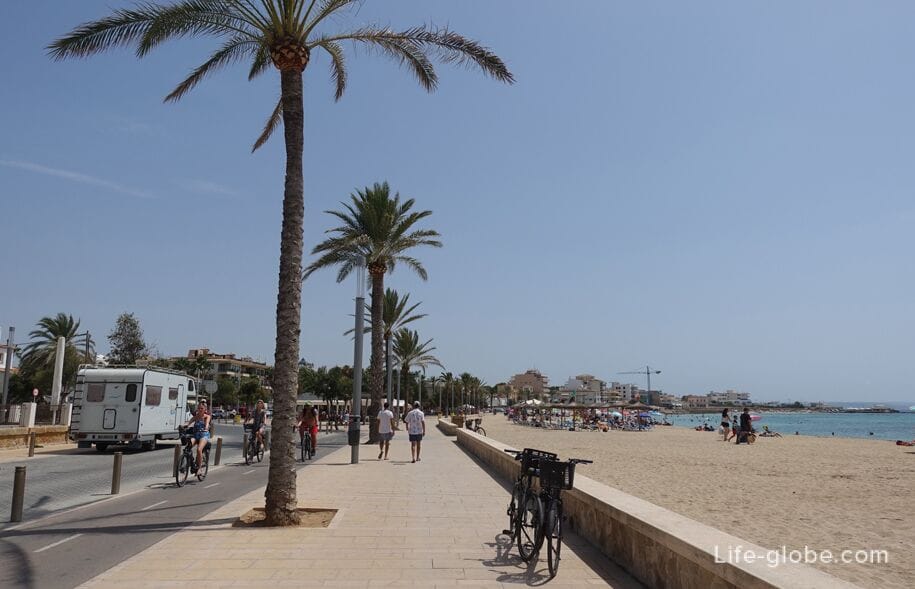 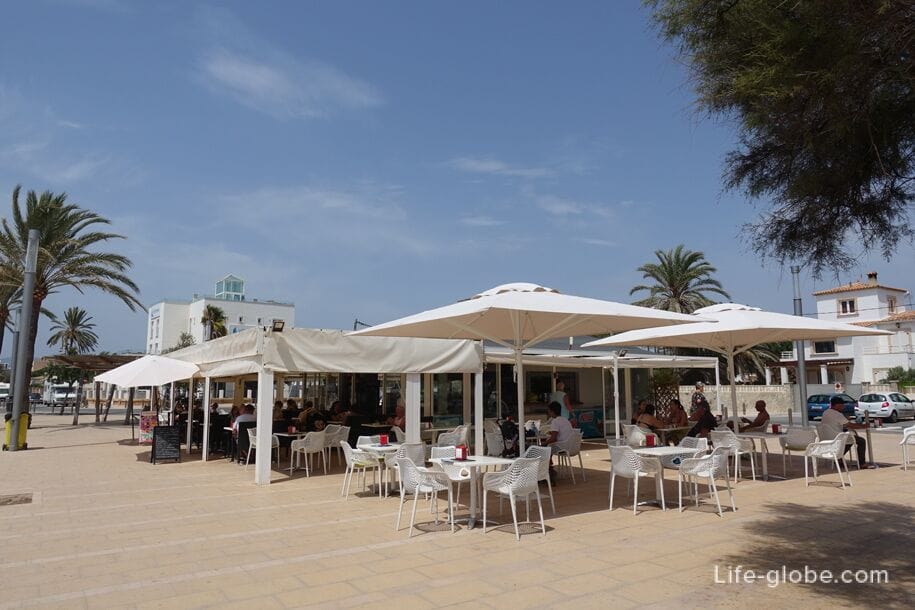 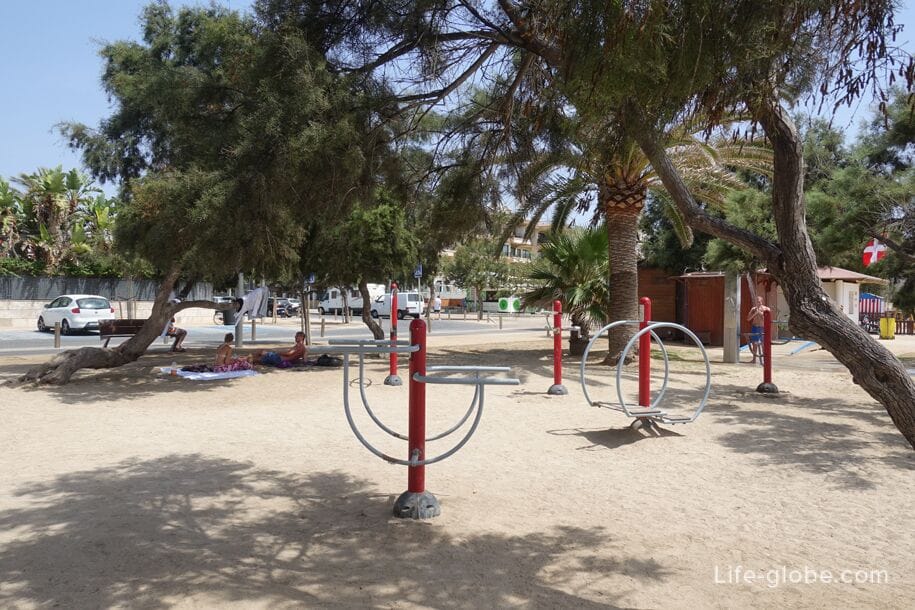 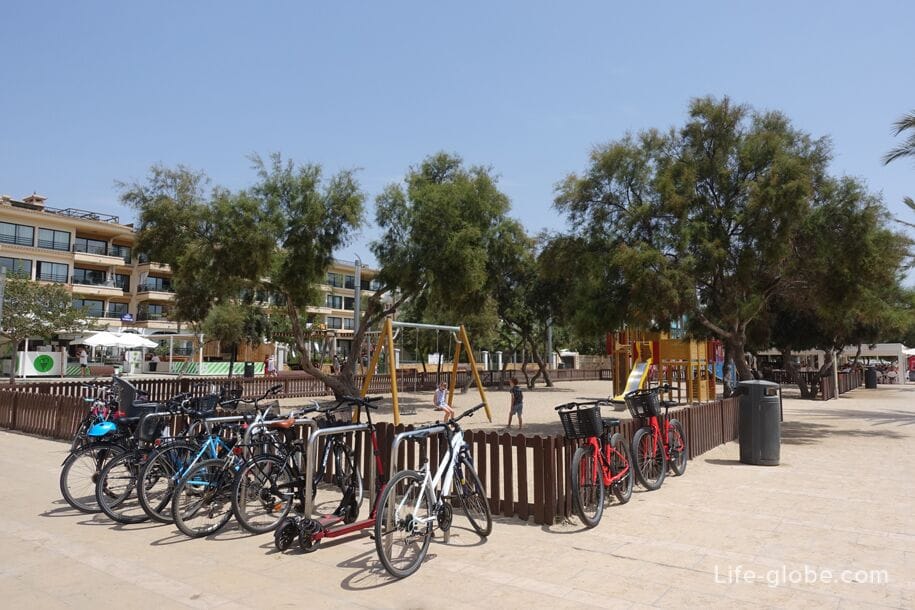 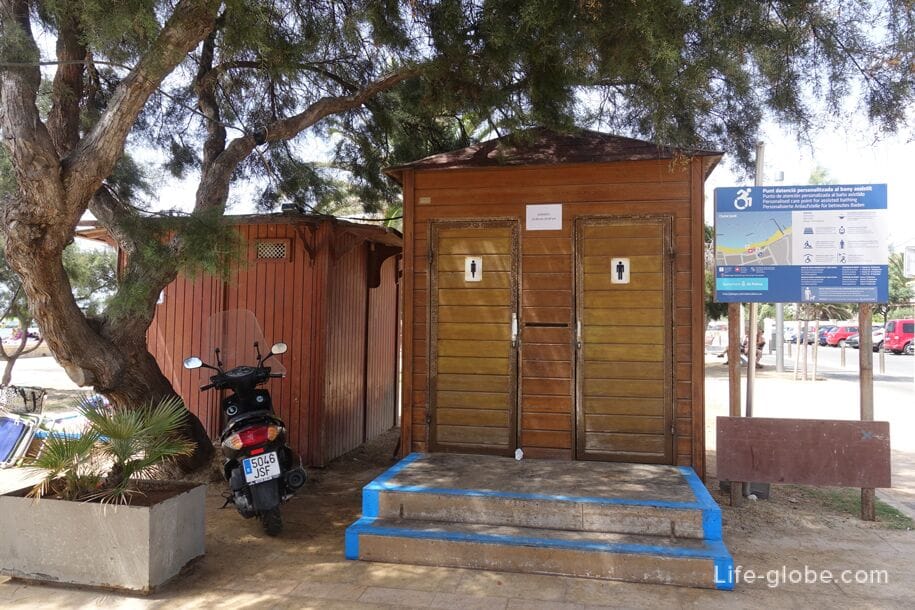 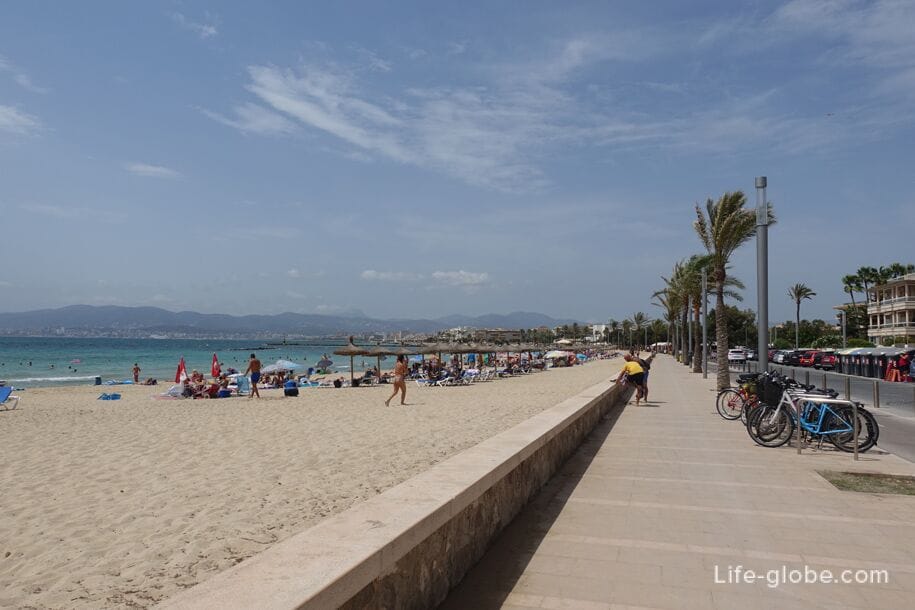 Small sandy beach, with length not exceeding 100 metres and a maximum width of about 30 meters, is located right behind the beach of Ciutat hardy (South coast).

Distinguishes this beach is a man made pier going out into the sea, near which there is a café grillbar. 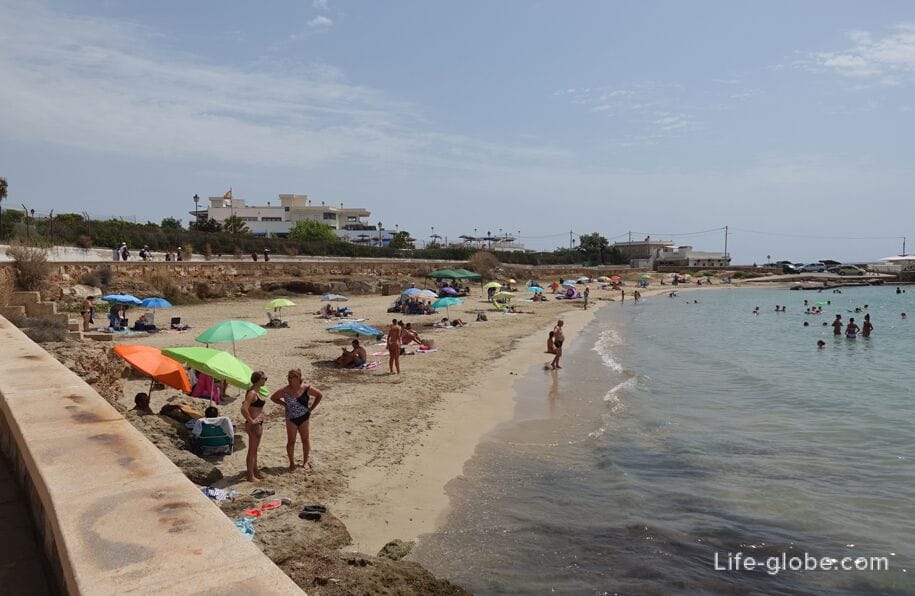 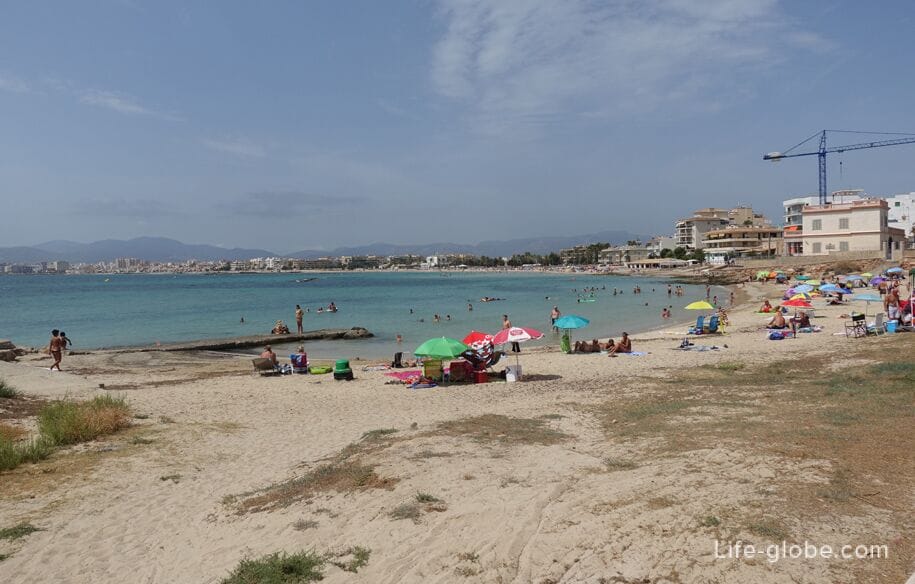 A small Bay located to the South-East along the coast from the beach of El Penio and characterized by a predominantly rocky coastline. Along the Bay runs a pedestrian walkway with Seating.

From the Western and Eastern sides of the Bay there are small sandy areas with coarse sand, suitable for swimming, but no beach facilities. 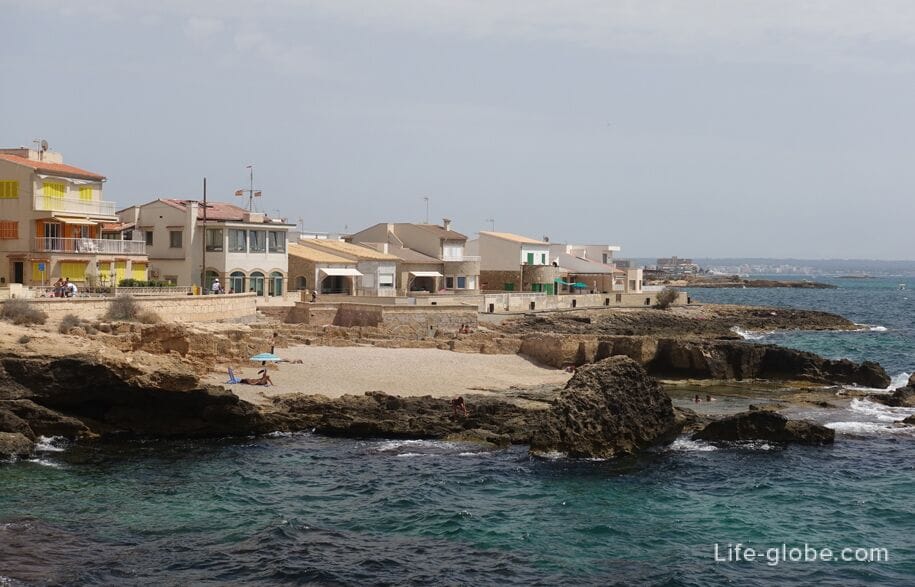 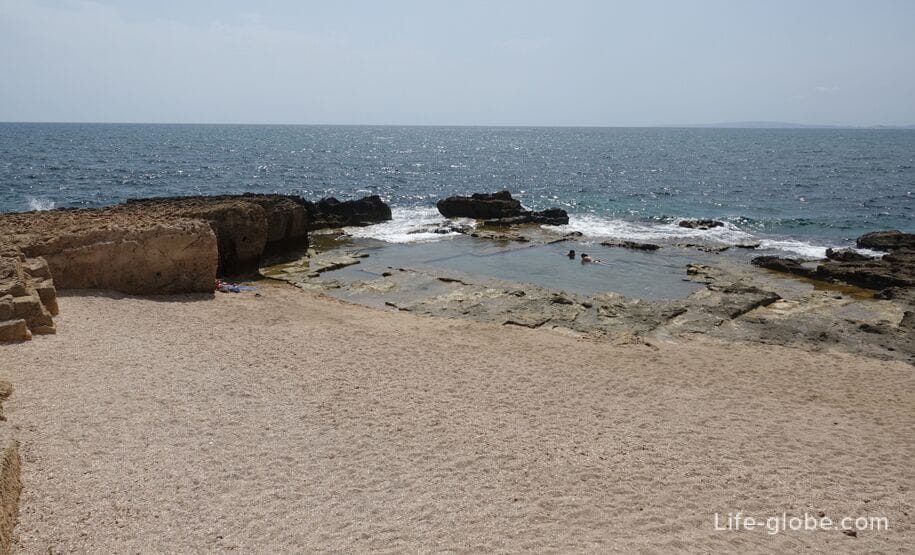 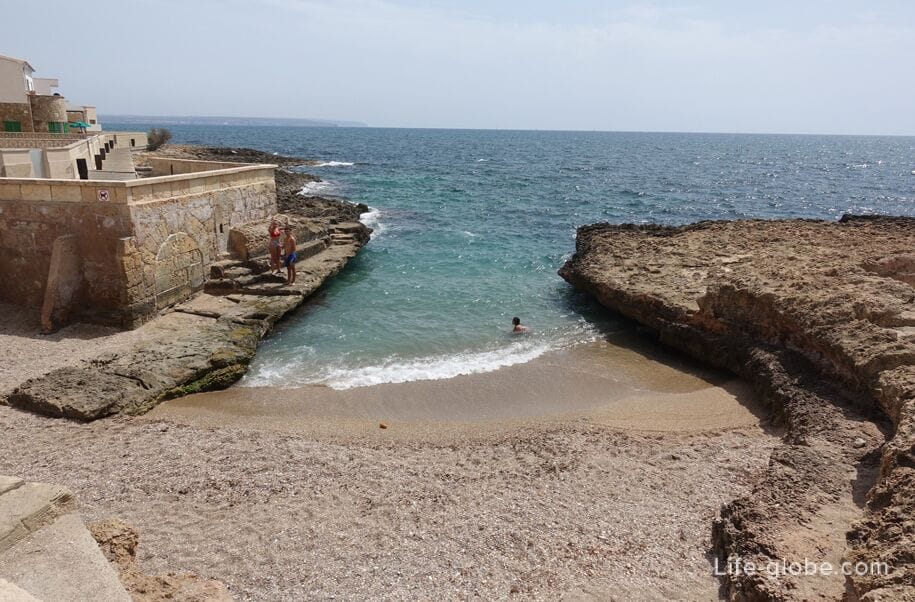 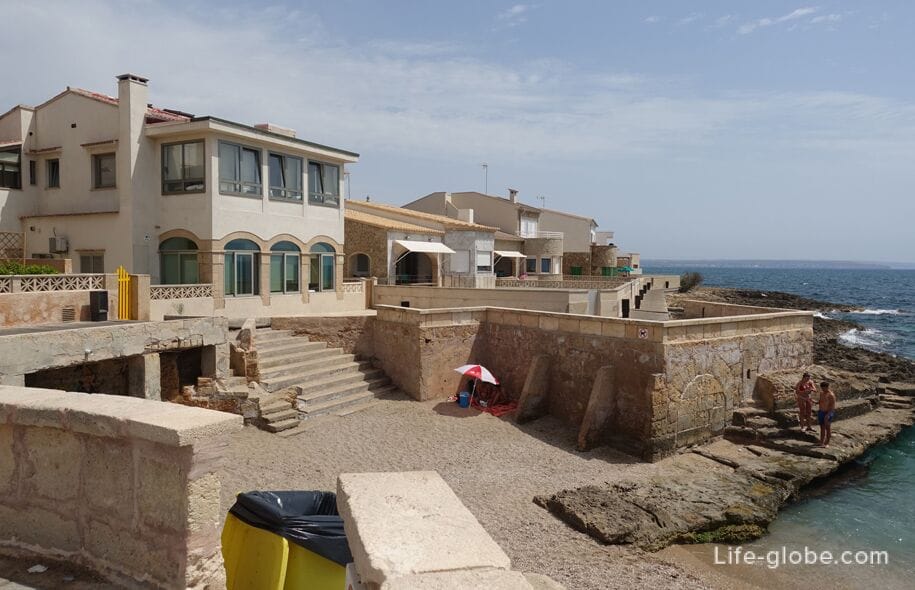 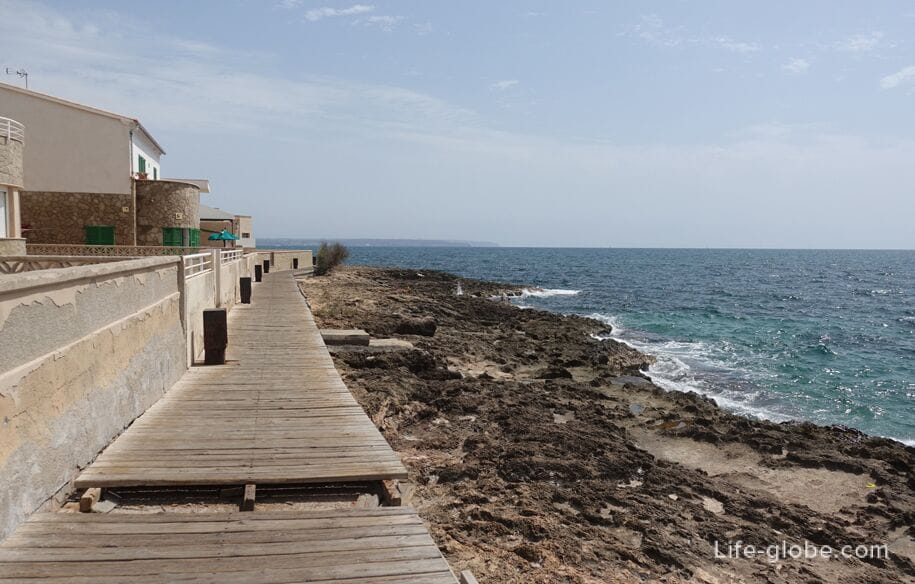 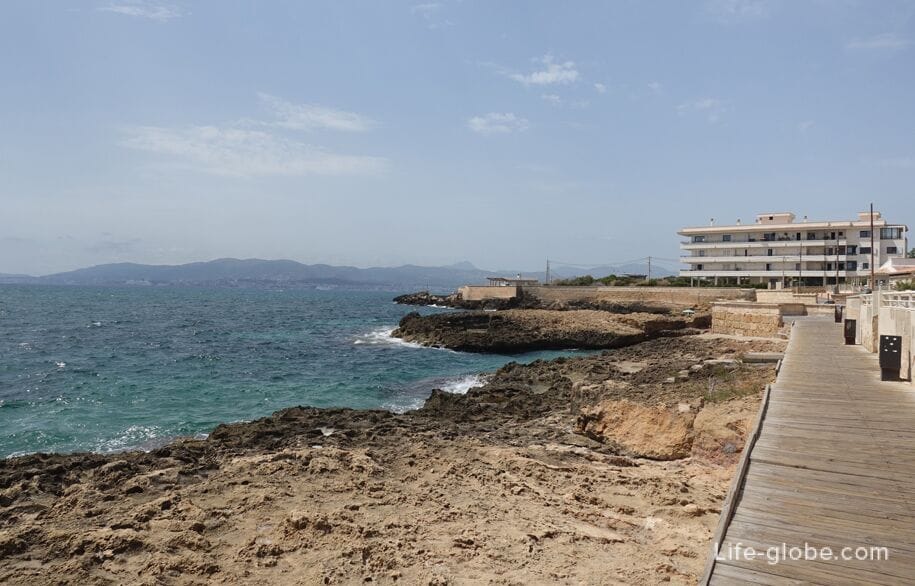 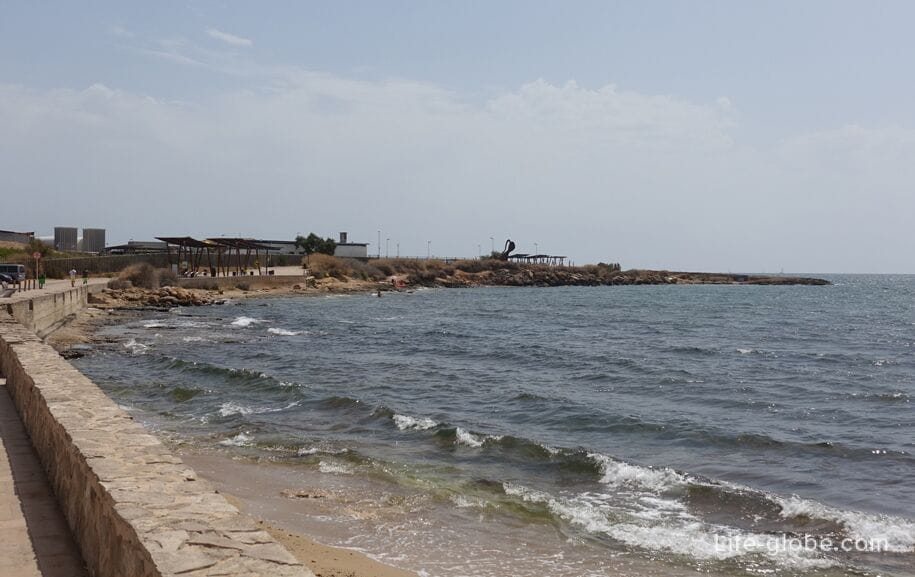 In Cala Gamba is the eponymous yacht club (Club Nautico Cala Gamba) near which, in the center of the Bay, is a small beach. On the beach is coarse sand, the seaweed, the infrastructure is missing. 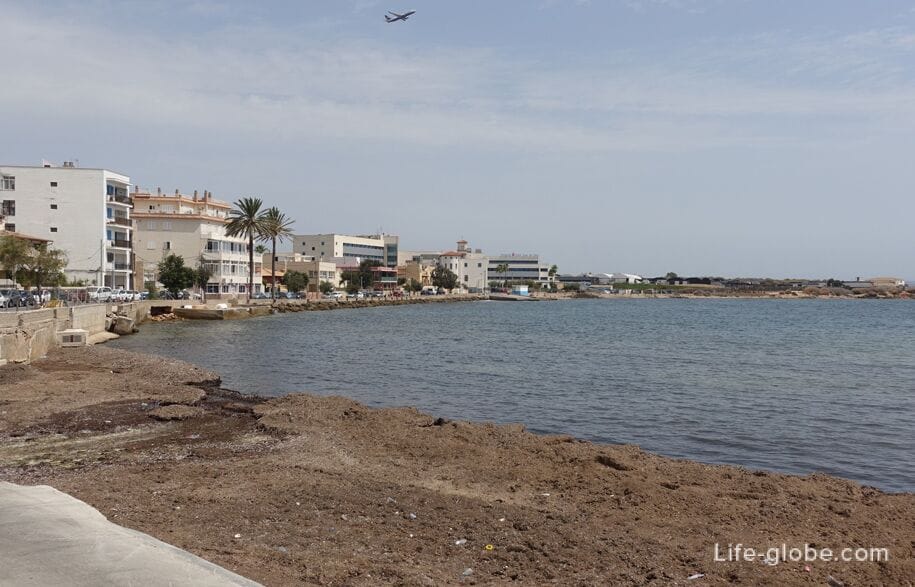 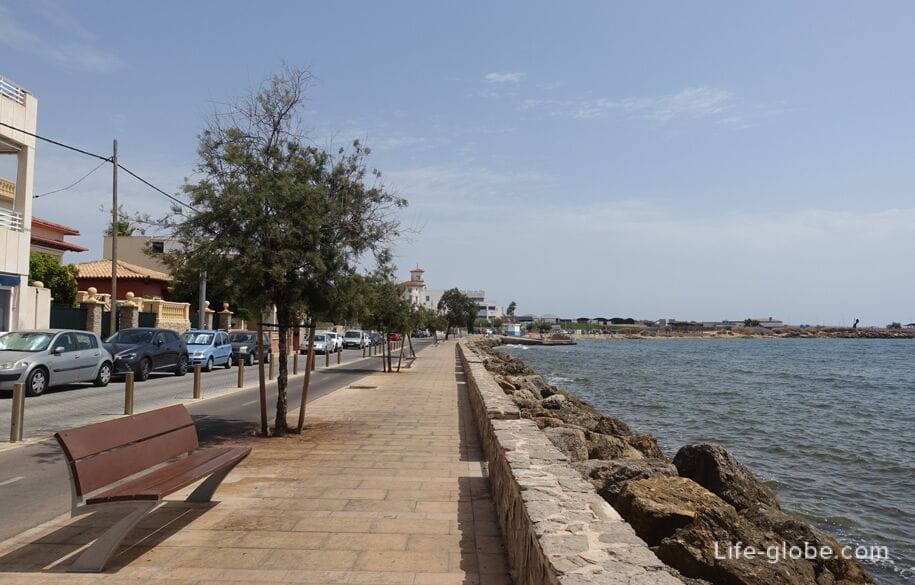 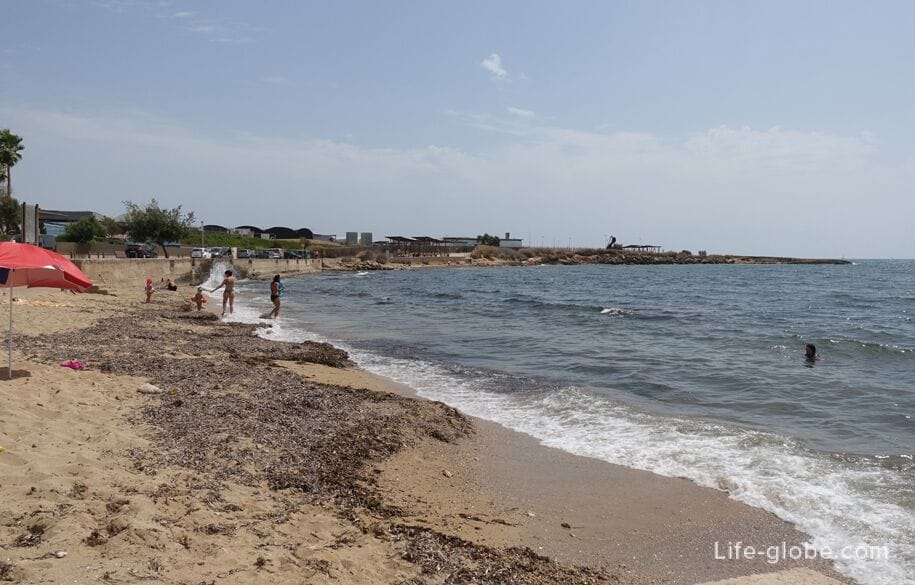 El Carnatge is a coastal natural area (nature reserve), located near the airport of Mallorca, in the centre of Palma Bay and linking the district of Col d'en Rabassa to the resort city of can Pastilla.

Seaside Park is characterized by small sandy coves and rocky outlets to the sea and coastal walking trail with access for cyclists and pedestrians. 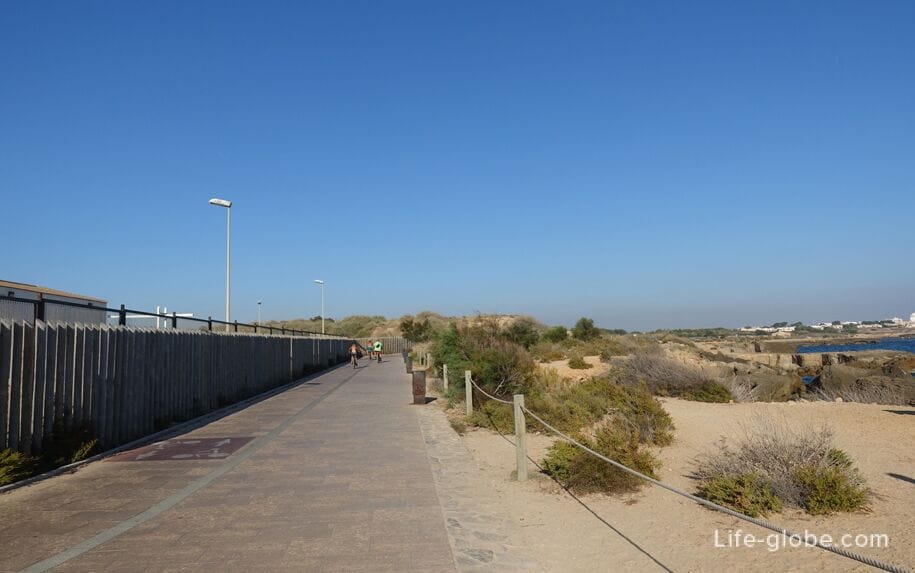 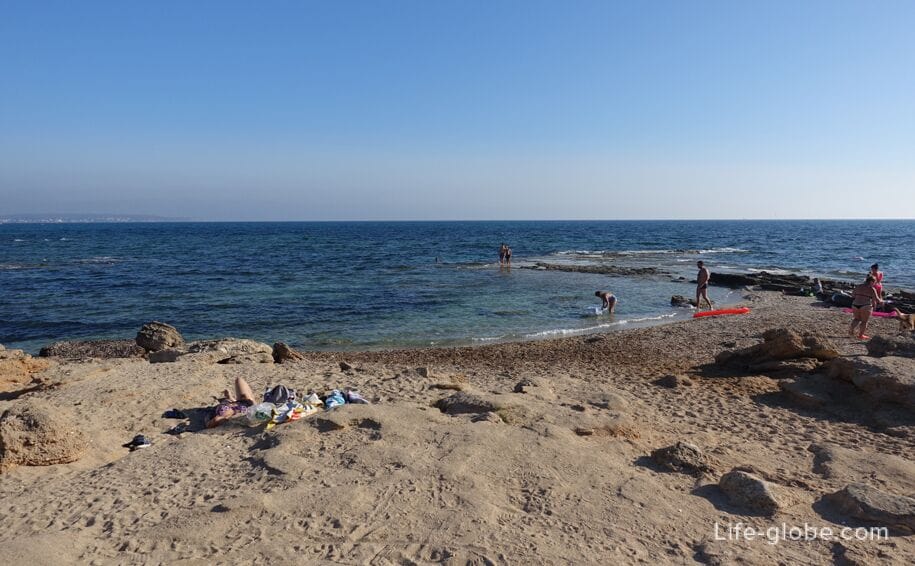 The area of es-Col-Dien Rabassa applies Pudent Cala (Cala Pudent) - coastal geological space of interest, where the remains of Posidonia oceanica, which is a paleontological deposits of the Mediterranean sea. Read more about Park El Carnatge...

Among the historical heritage of the region, now representing landmarks, we can distinguish the our lady of Carmen Church (La Mare de Déu del Carme), built in 1885 and Torre den Pau, a former coastal battery, along with others, served to protect the Bay of Palma. Now the battery is a municipal Park of Torre d'en Pau .

In the area of Rabassa, on the street Carrer del Cardenal Rossell is one of the largest shopping centres in the Balearic Islands - Mallorca Fun Shopping (FAN Mallorca Shopping). 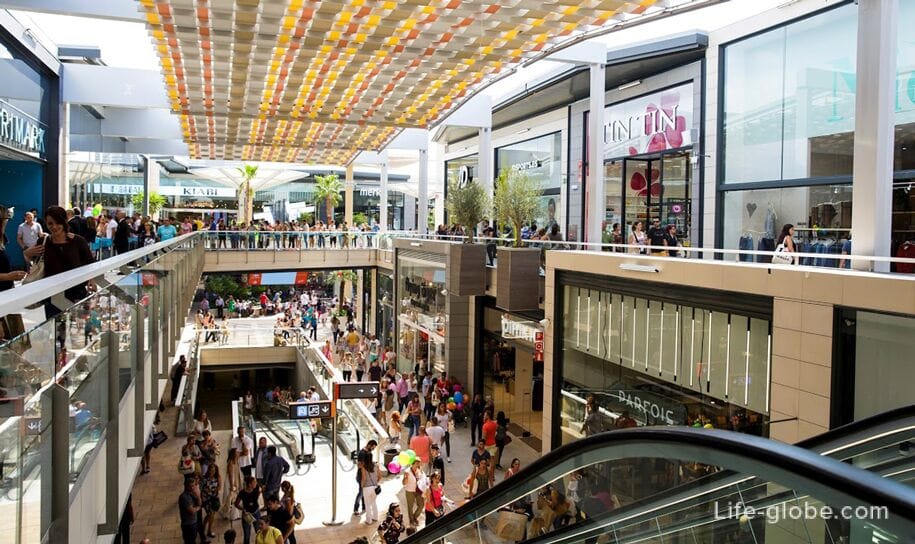 District es-Col-Dien Rabassa on the map

Where to stay in the area of es-Col-Dien Rabassa

4-star hotel UR Portofinois located 100 metres from the beach of El Penio.

The hotelhas an outdoor pool, a bar, a restaurant with a terrace and free Wi-Fi.

All rooms are Soundproofed and equipped with satellite TV, air conditioning and free safes. The rooms overlook the sea, mountains or pool.

In some room rates includes: Breakfast or Breakfast and dinner. Link to the hotel 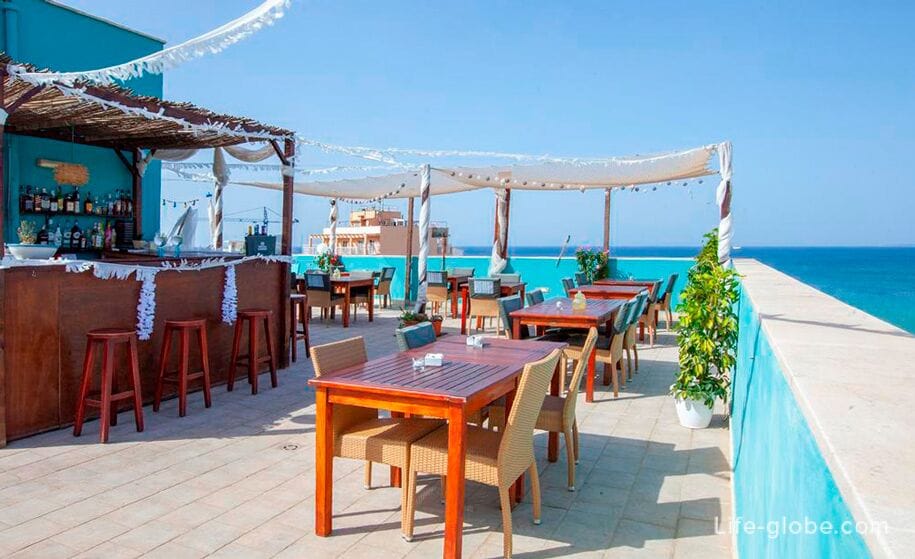 4-star hotel Ciutat Jardilocated in a mansion from the early 19th century, surrounded by tropical gardens, close to the beach El Penio.

In hotel: outdoor pool, terrace with sun loungers, a bar, a restaurant and free Wi-Fi. 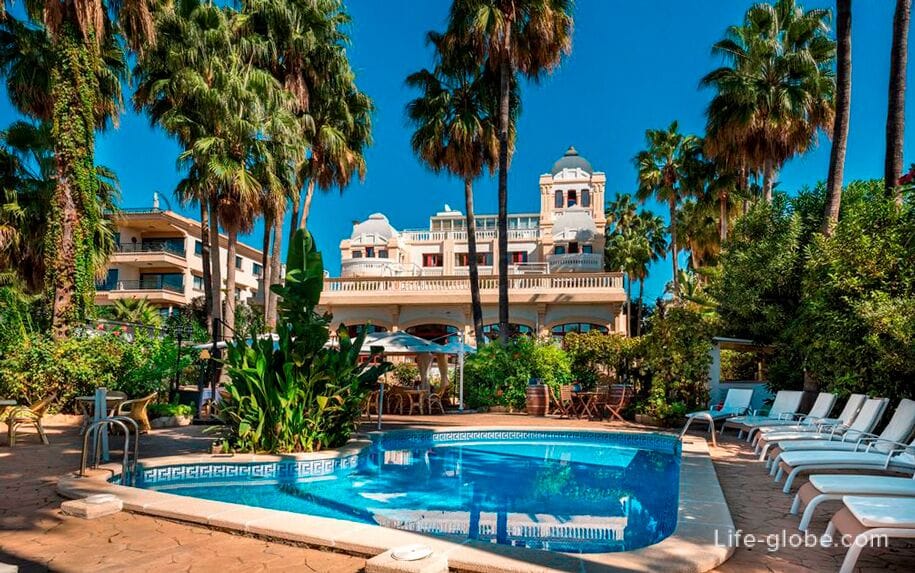 All accommodation in Palma, including in the area of es-Col-Dien-Rabassa, you can view and book here