The Shrine was built in 1775 and inaugurated in 1776, after 20 years of construction. The reason for the construction of the Church was something that already existed in the walls of the old town of Tossa de Mar (Vila Velha) the Church could not accommodate the growing number of citizens. From the old Church, which bore also the name of the Saint, leaving only the apse and sacristy partially preserved roof that you can see in the fortress of Tossa de Mar. Read more about the fortress...

The Church dedicated to the Martyr Vincent Zaragoza. Built in the neoclassical style.

The rather simple appearance of the Church is notable for the main facade with its portal. Arched door framed by two columns supporting a niche, where the statue depicting the patron Saint.

On both sides of the entrance, above the level, there are two small balcony and over the entrance and the statue is a large round window. Also noteworthy are the low tower, on which is placed a clock. 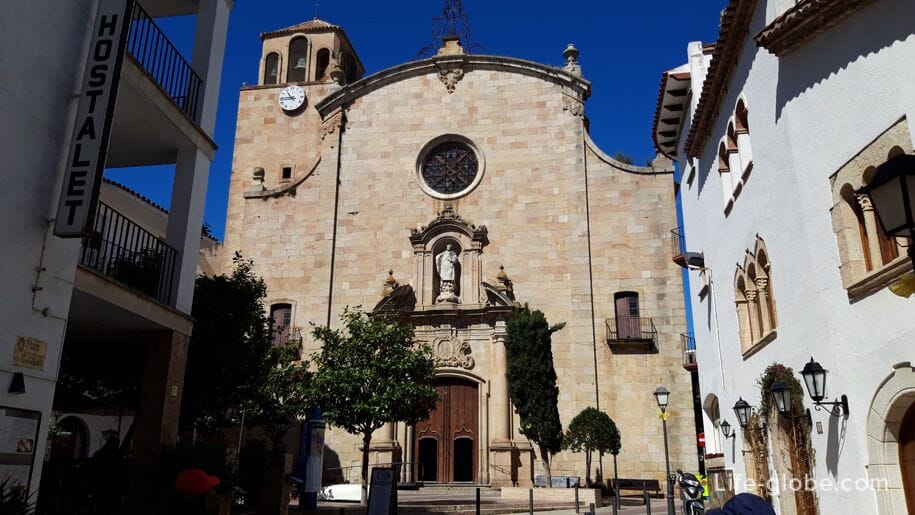 Inside the Church consists of a single spacious nave with a polygonal apse and side chapels.

Originally the Church was adorned with altars and images in popular at the time, in the Baroque style. However, they were destroyed during the civil war.

The polychrome interior of the Church was recently restored, after which the Shrine Tossa restored its ancient beauty and radiance. 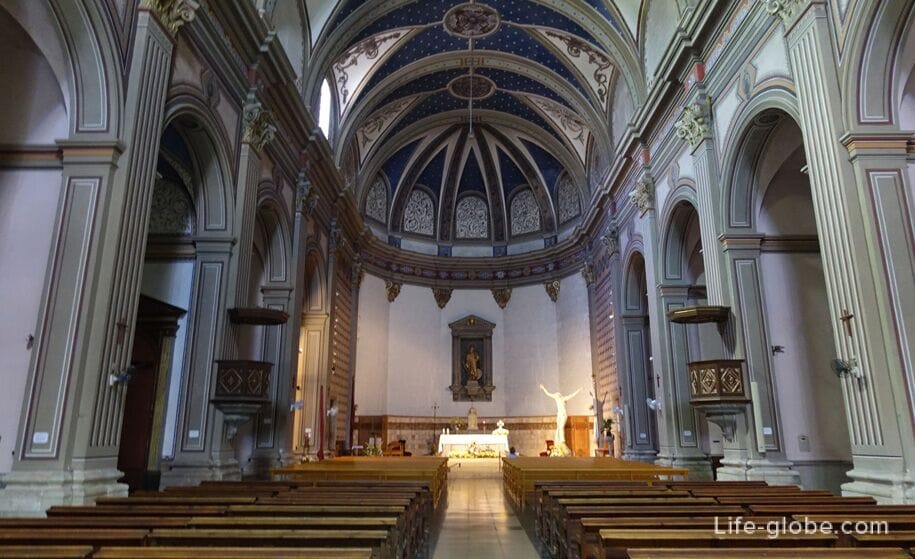 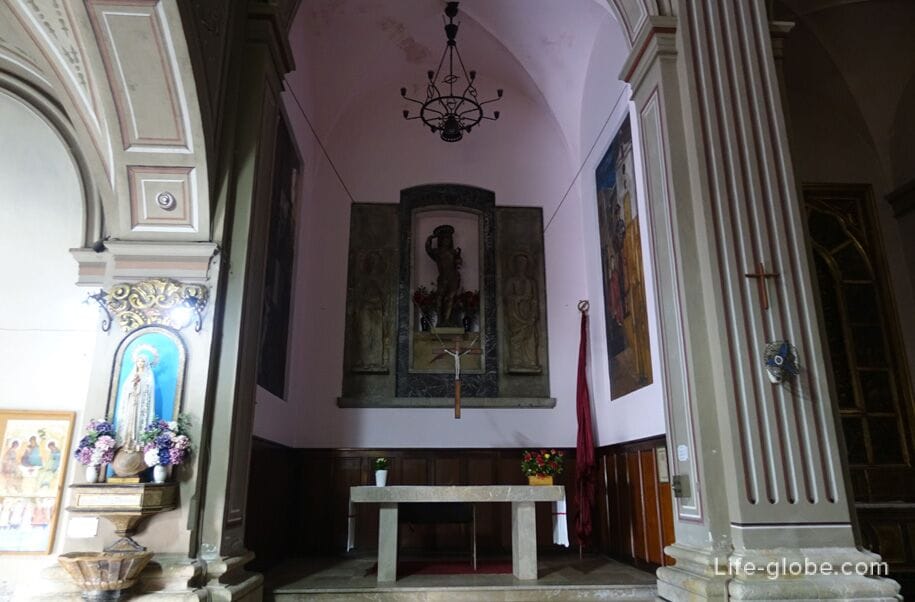 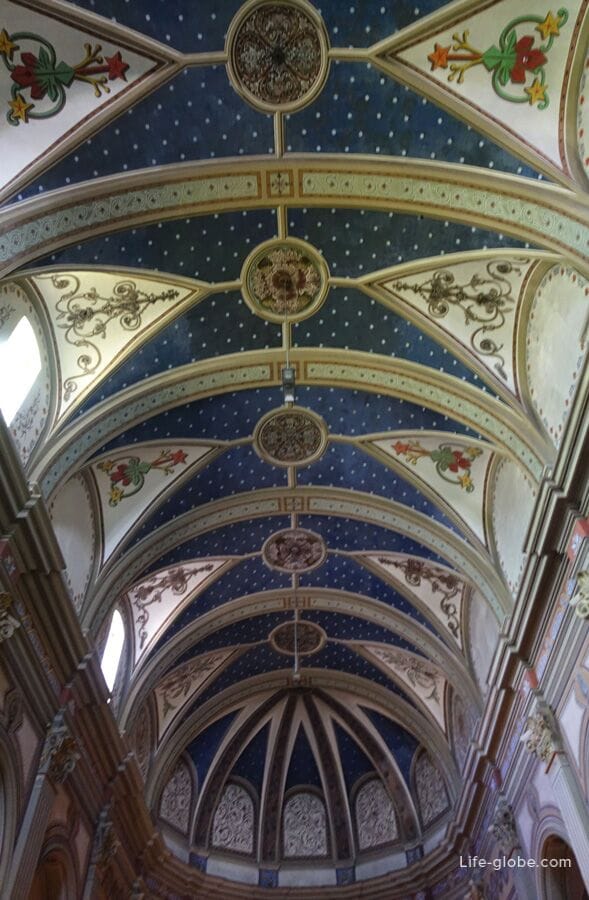 The Church of San Vicente in the heart of Tossa de Mar, on the Church square (Plaça de l Església), where also find a café and guest house LHostalet. 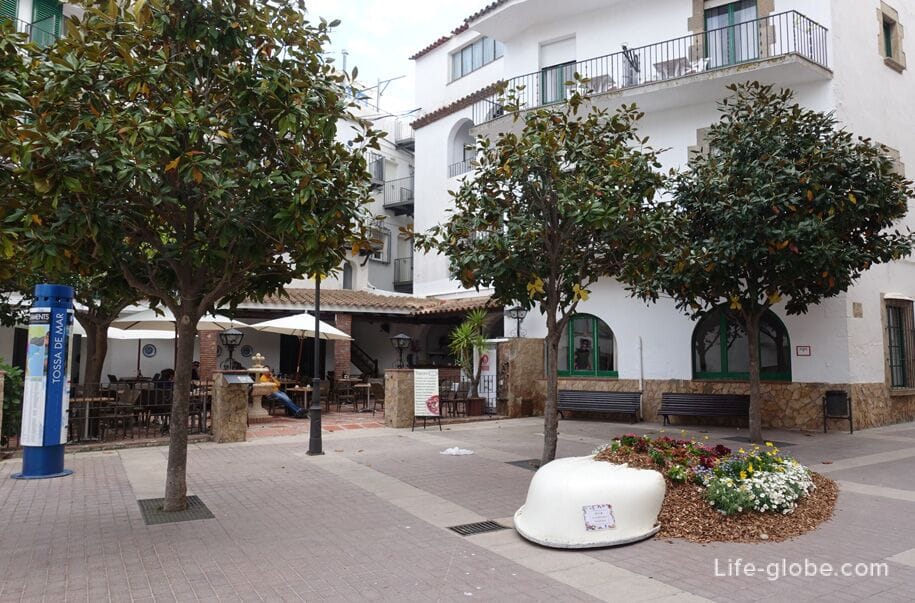 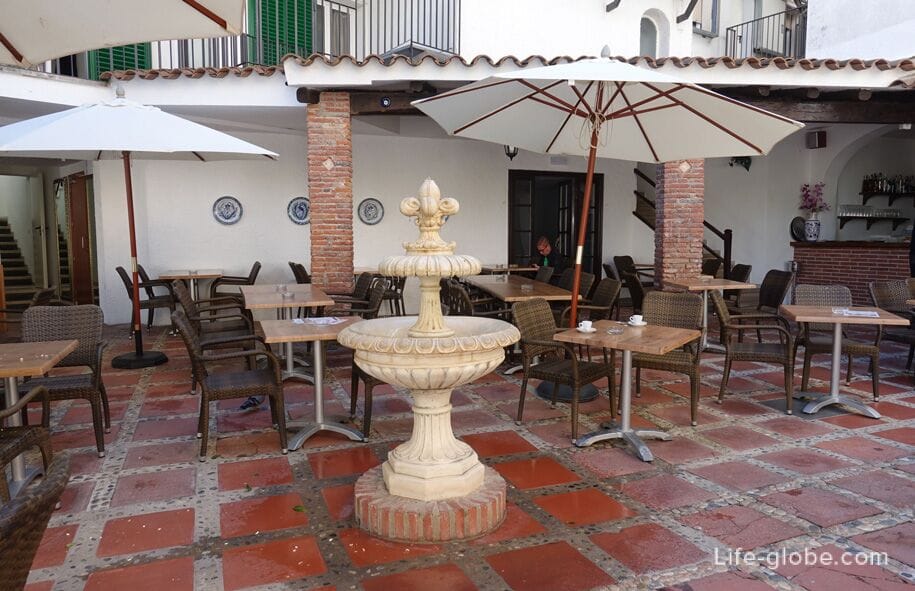