Church of the Most Holy Savior in Palermo. Climbing the Dome and 360° panorama of Palermo

Basilica of the Holy Saviour was founded in the Norman period (1071) next to the Royal monastery of S. Basilio (vasylianok) as a place of worship for the nuns of the monastery. Throughout its rich history, the Church has undergone restoration, the Basilica was also restored and completed. All work on the improvement and restoration of the Church, of course, could not affect her present appearance, as a result Basil has absorbed the traits of different styles.

Besides its rich history and Central location, the Church of Santissimo Salvatore is also notable for its rich interior that has a sharp contrast with the appearance.

So, outside the Church is not so remarkable, however, is clearly evident. 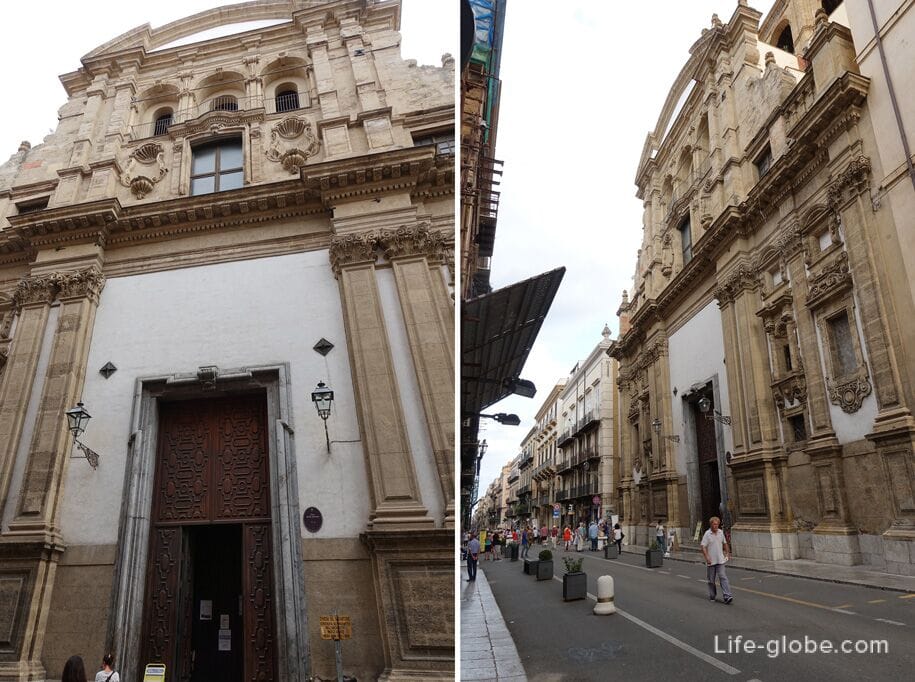 The interior impresses with the singularity. Semi-circular room with rich decor, more like a concert than at a Church, entirely decorated with polychrome marble, stucco and frescoes. The main hall of the Church for a reason has such an unusual look, the fact that it is used as an auditorium, called the "ecclesiastical theatre". Despite this, the Church, and to this day has not lost its religious function. 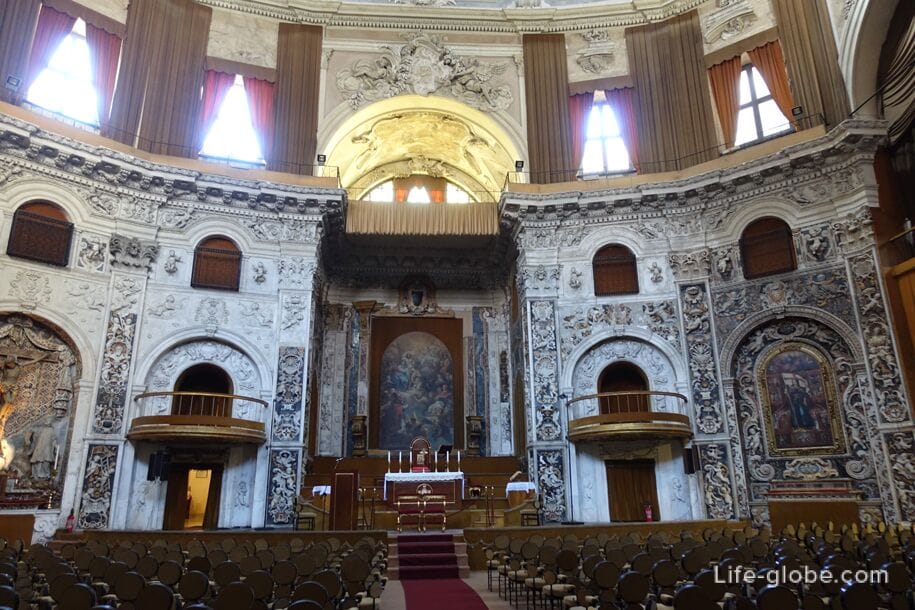 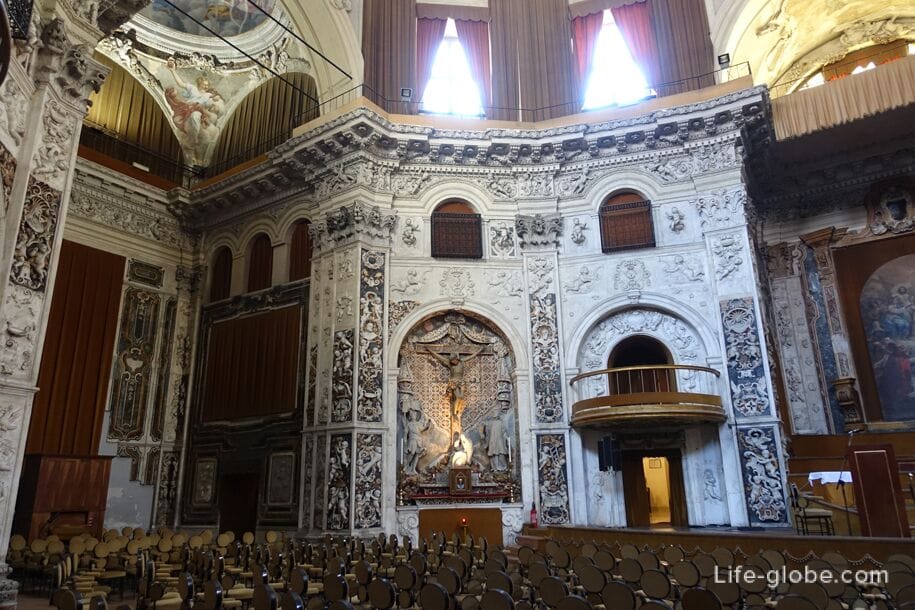 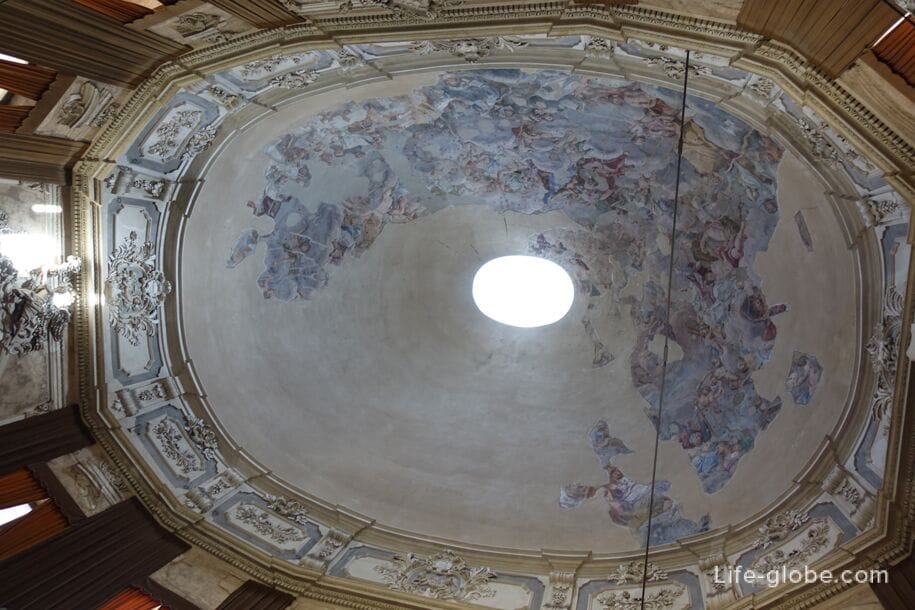 To climb the dome can be the side entrance of the Church, the left side of the main entrance. The entrance fee is € 2.50. A spiral staircase will lead you to the dome, which offers 360-degree views over Palermo. 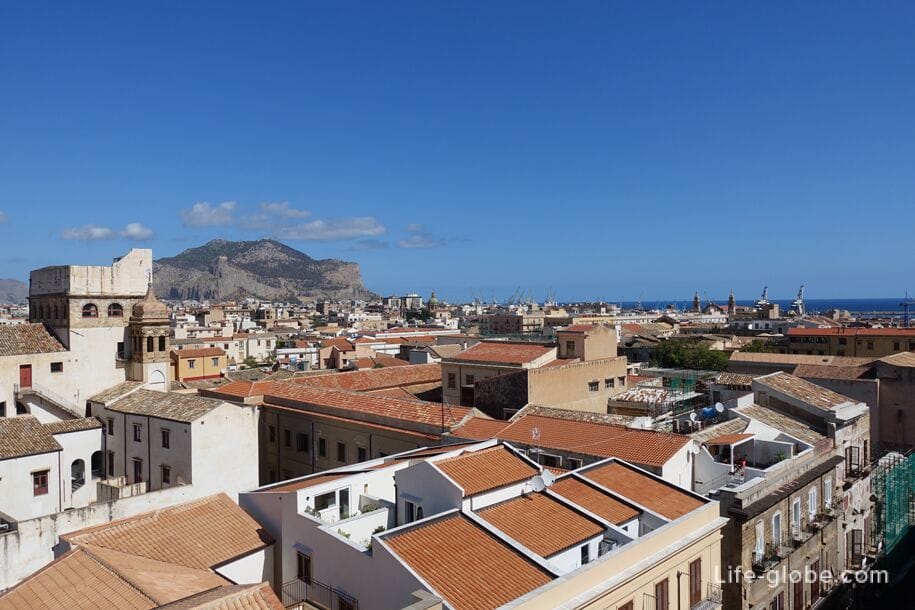 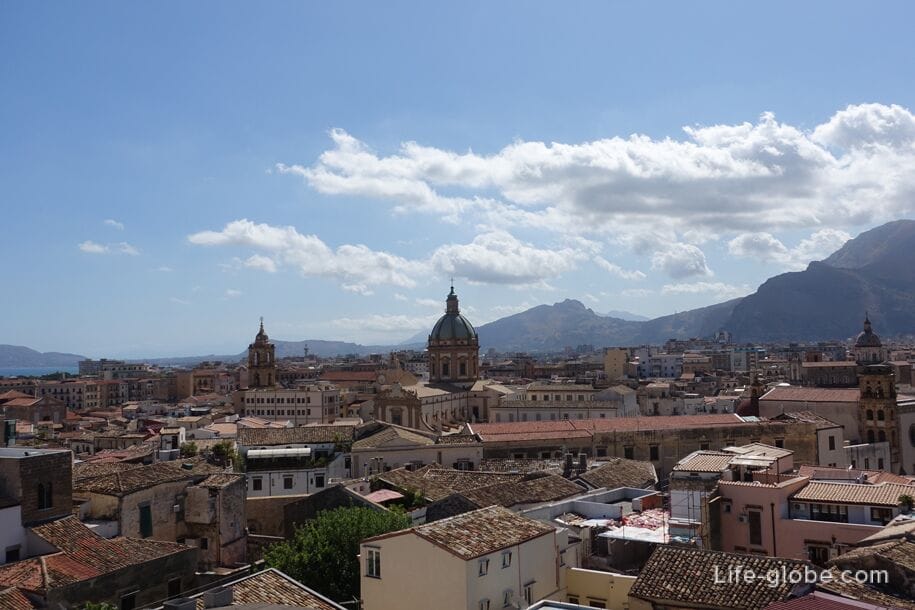 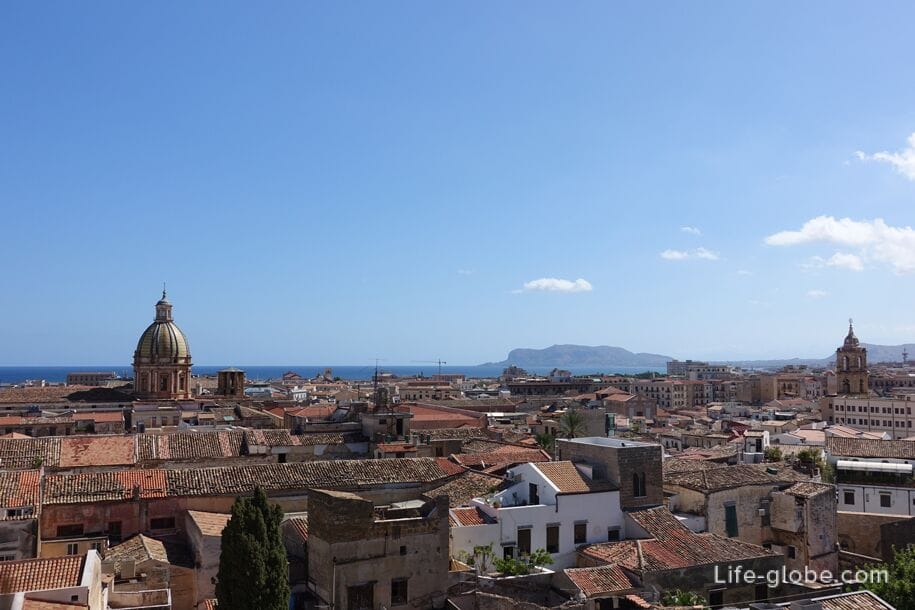 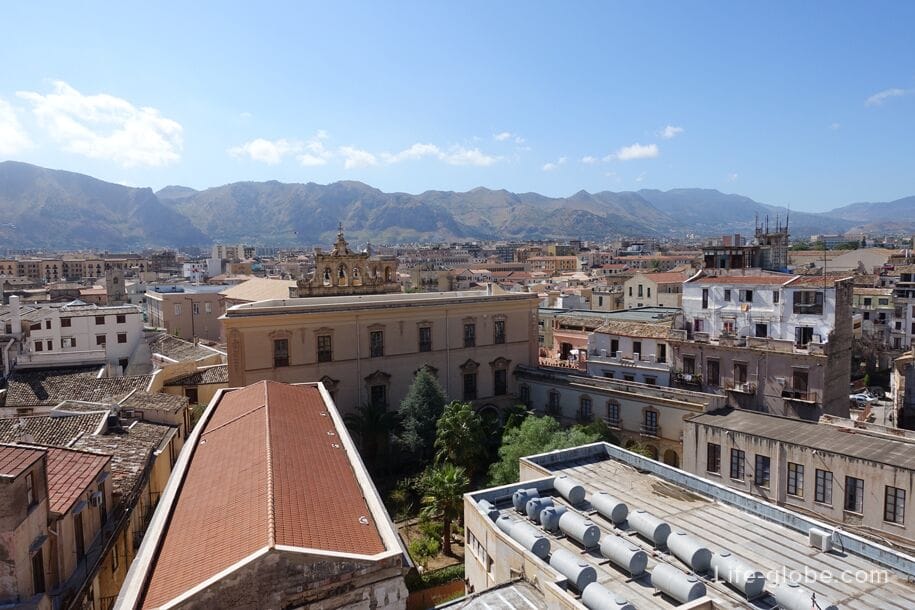 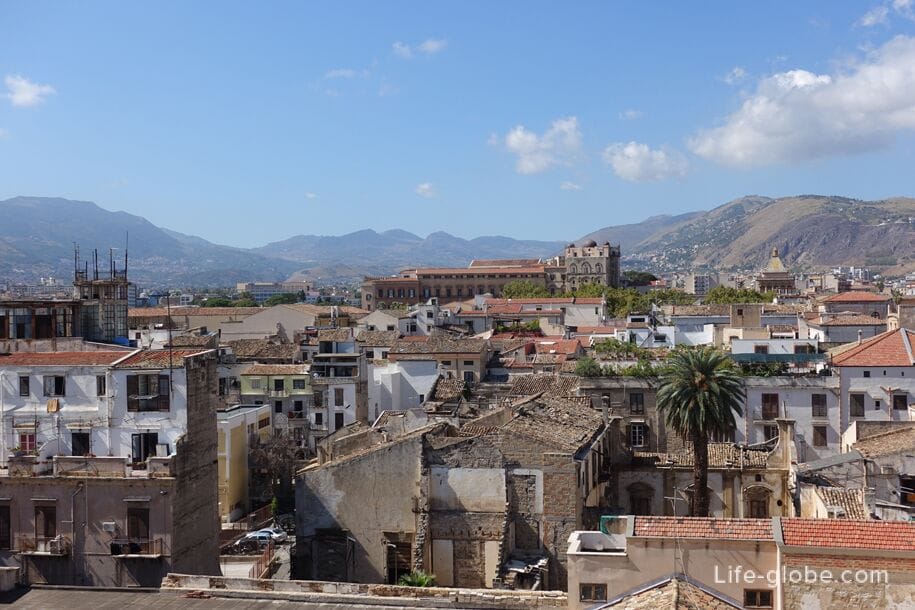 On the way up you can rest 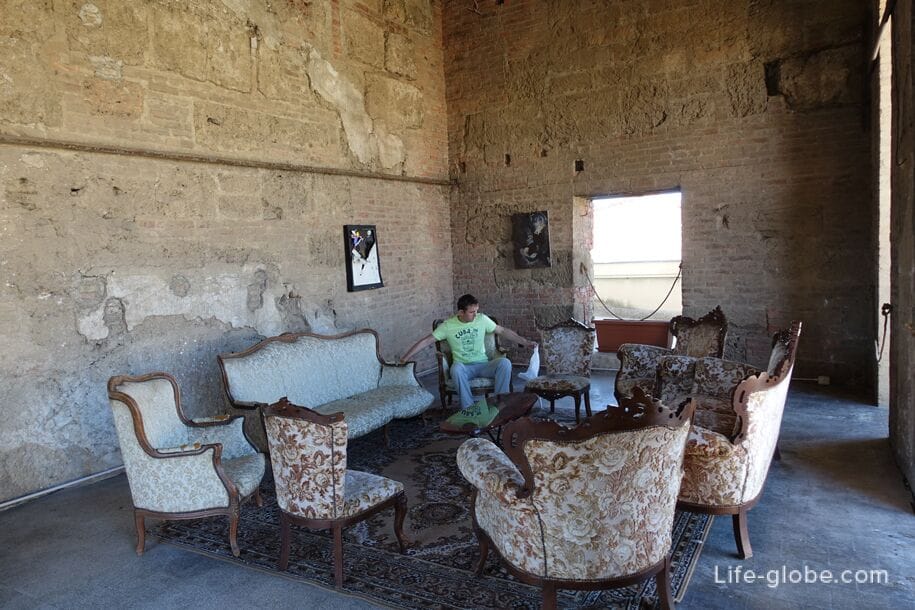 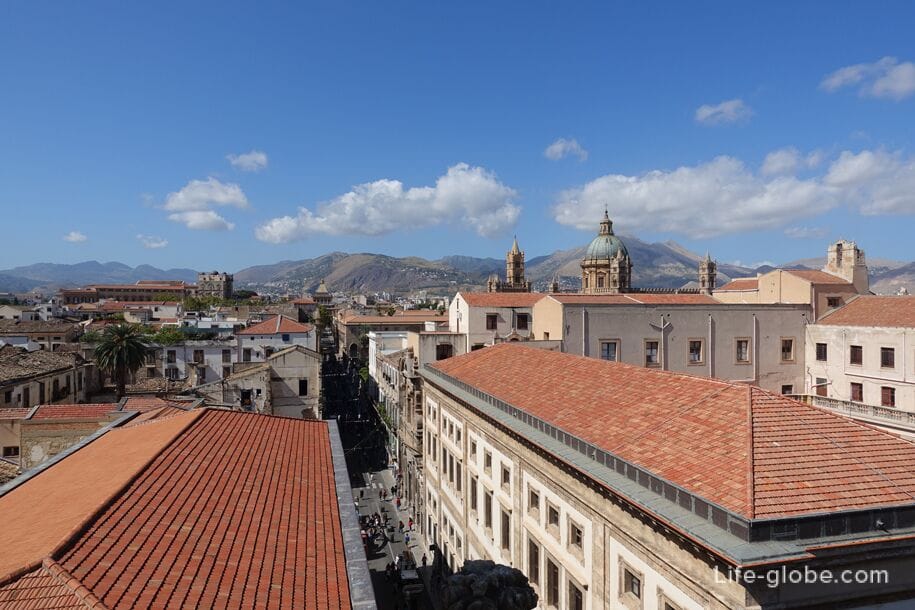 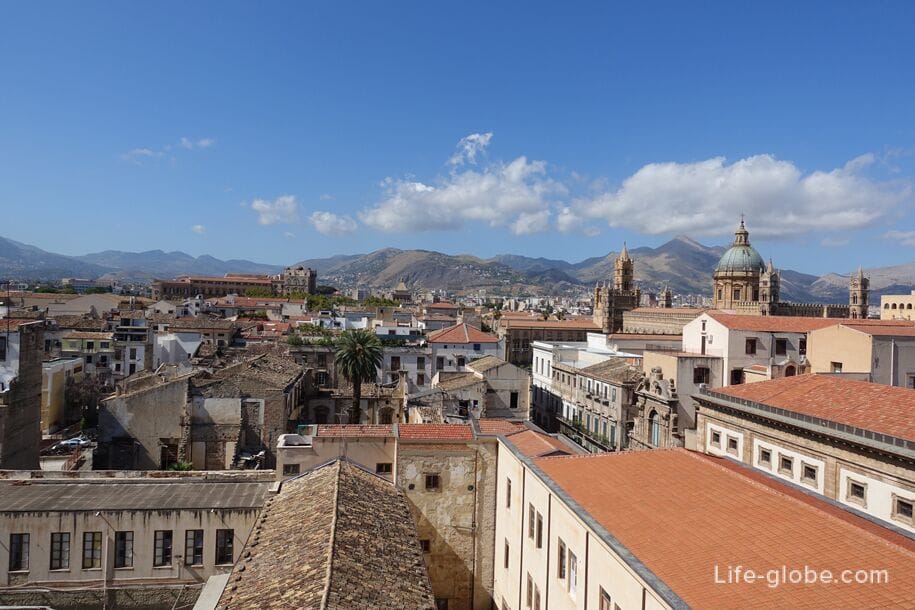 And this view of part of the street Vittorio Emanuele, leading to the opposite side of the Cathedral, to the famous Pretoria fountain and the sea. As you can see, in Palermo's historic centre, all major sights, Church, promenade and port located near and walking distance from each other. 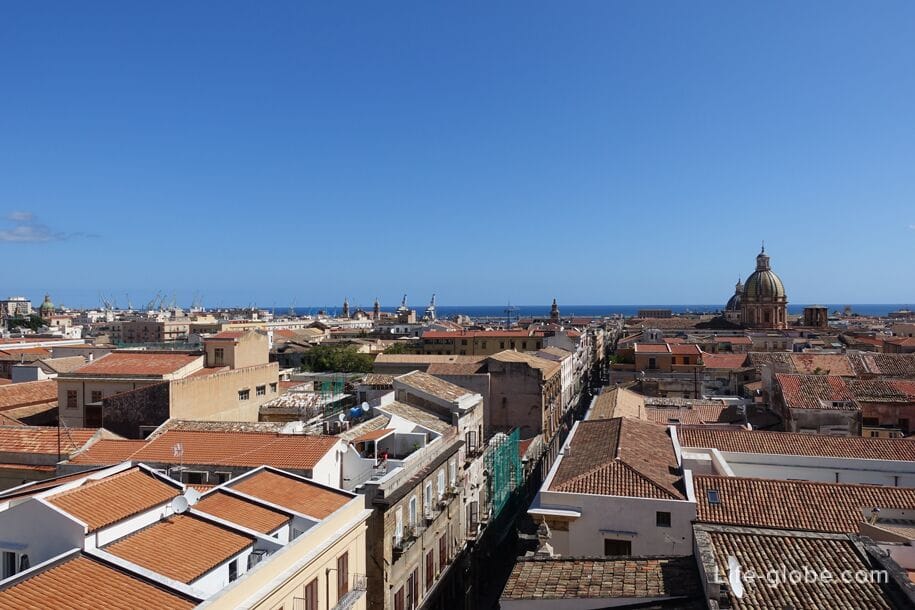 Catacombs of the Capuchins, Palermo - mu...