Located catacombs Solomoni in the heart of Kato Paphos, close to Kings Avenue Mall, entrance from the street of Apostolou Pavlou.

Currently, the catacombs is one of the main Christian shrines of Cyprus, which is a small underground paleo-Christian complex, consisting of several caves, partly carved into the rock formations, one of which contains fragments of old frescoes of the 12th century.

Apparently, originally the catacombs were used for burials, and later became a refuge for Christians, persecuted by the persecution. The legend says that Solomoni and his sons were hiding in the catacombs, fleeing from the Romans in the year 168. Soon they were caught and in front of his mother brutally killed the children and then herself. After that, the catacombs were considered sacred, and Solomoni was among the early Christian martyrs, her name and named these catacombs. In the second version of the legend, Solomonia, in an attempt to hide from the Romans, took refuge in these catacombs, but it was bricked up alive in them. Two hundred years later, when the catacombs opened again, Solomoni came out of them alive and healthy.

It is possible, on the basis of the second version of the legend, the source of which is in one of the caves of the catacombs, still harbors old myths that this water has healing and rejuvenating properties, prolonging people's lives and healing from diseases of the eye.

In 9-12 centuries in the catacombs acted the Christian Church.

Near the entrance (descent) to the catacombs is a pistachio tree, the branches of which are tied with colored ribbons left by parishioners and tourists in the hope of healing from diseases. 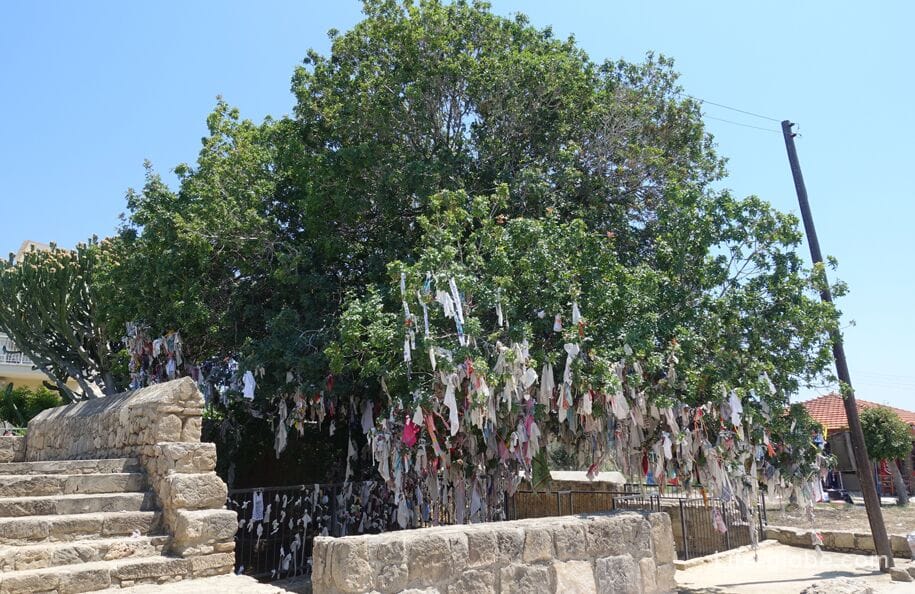 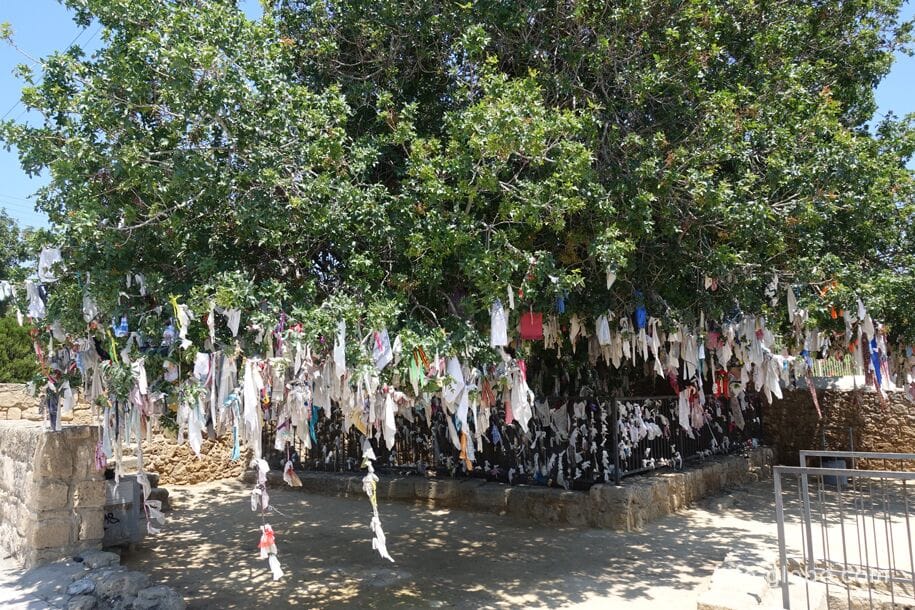 Near the tree is the descent into the catacombs. Admission is free. 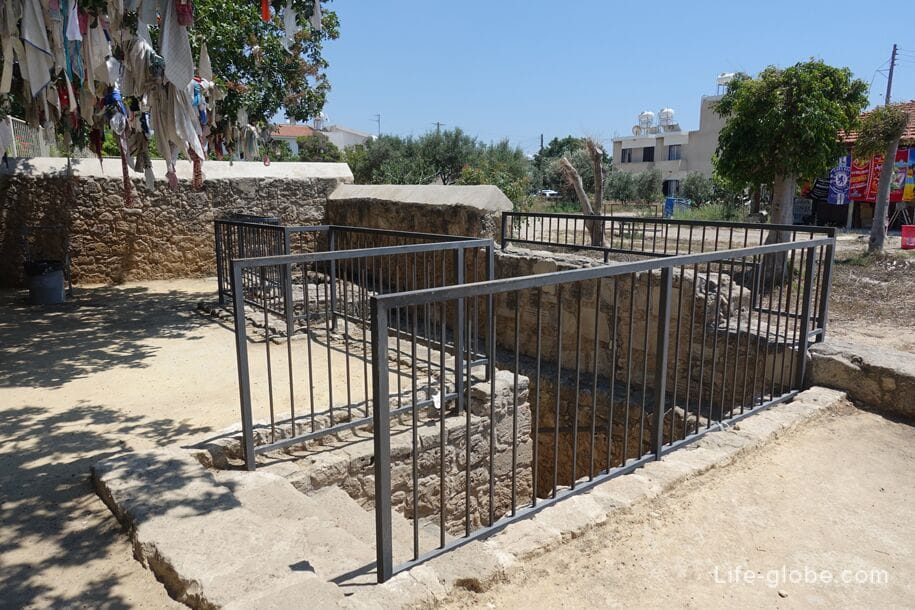 Downstairs, we find ourselves in a small cave in which there are numerous icons. 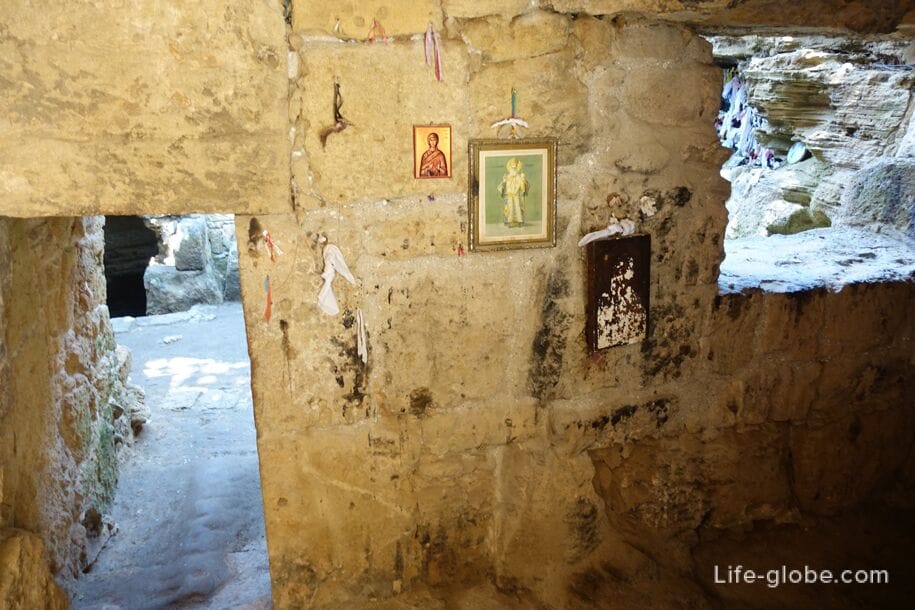 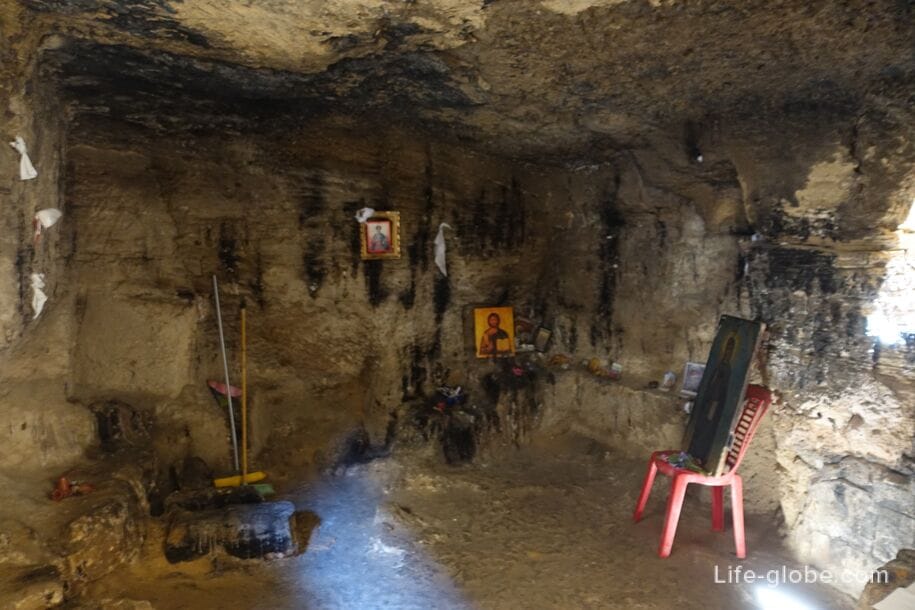 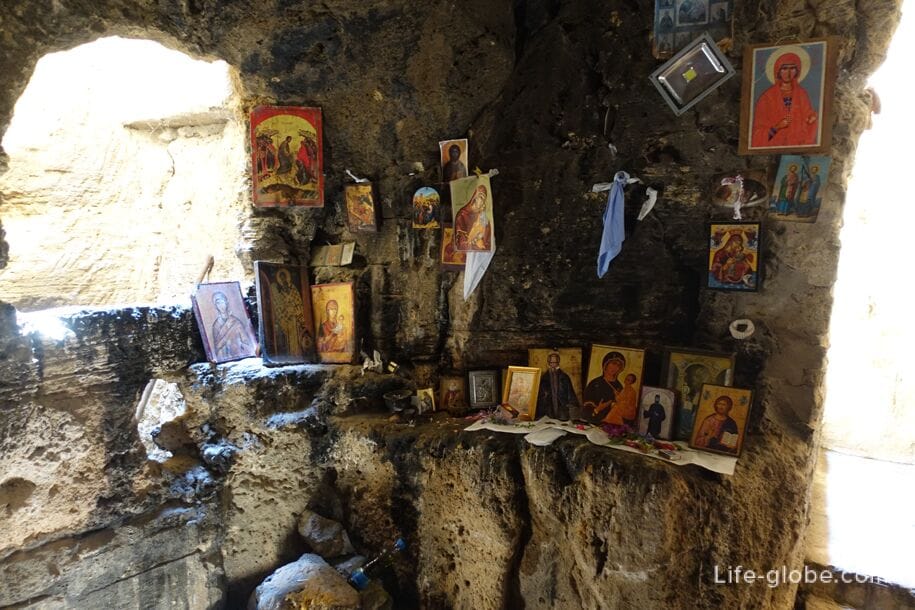 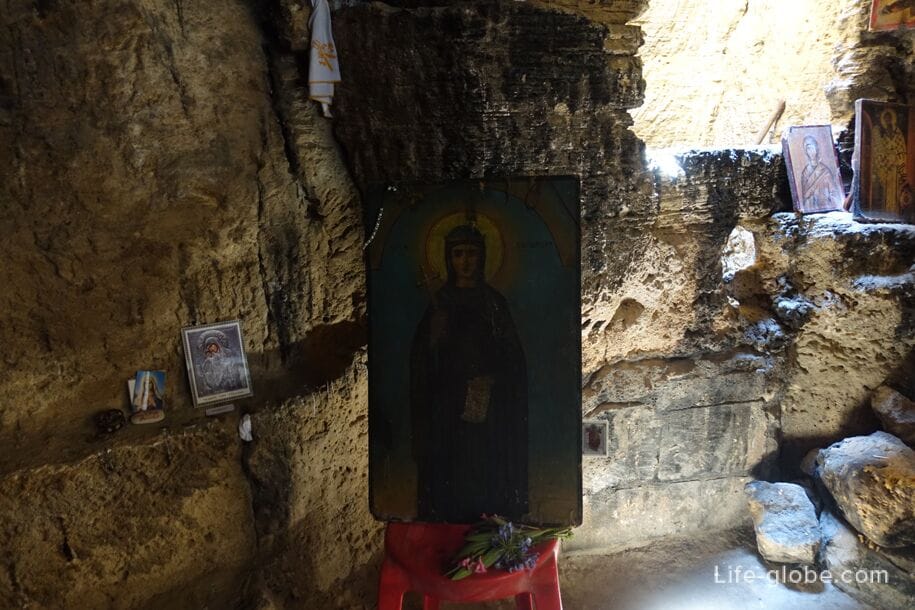 After the cave is open space. Here you can see the massive trunk of the pistachio tree 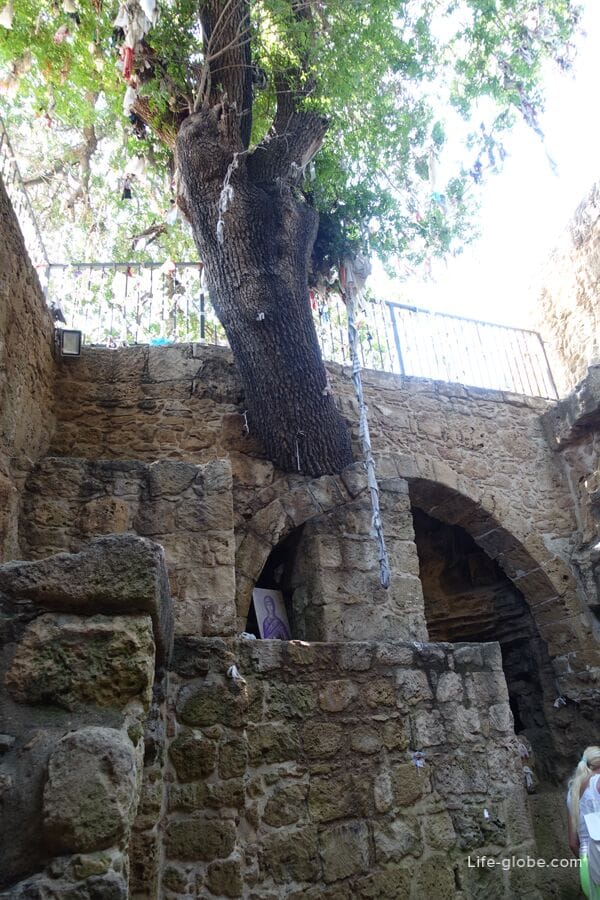 From the second "room" of the catacombs in different directions diverge even a few small caves, two of which are closed by lattices. To one of the caves is a staircase here, you need to go a little down, is the same Holy source as saying that possesses powerful healing properties. 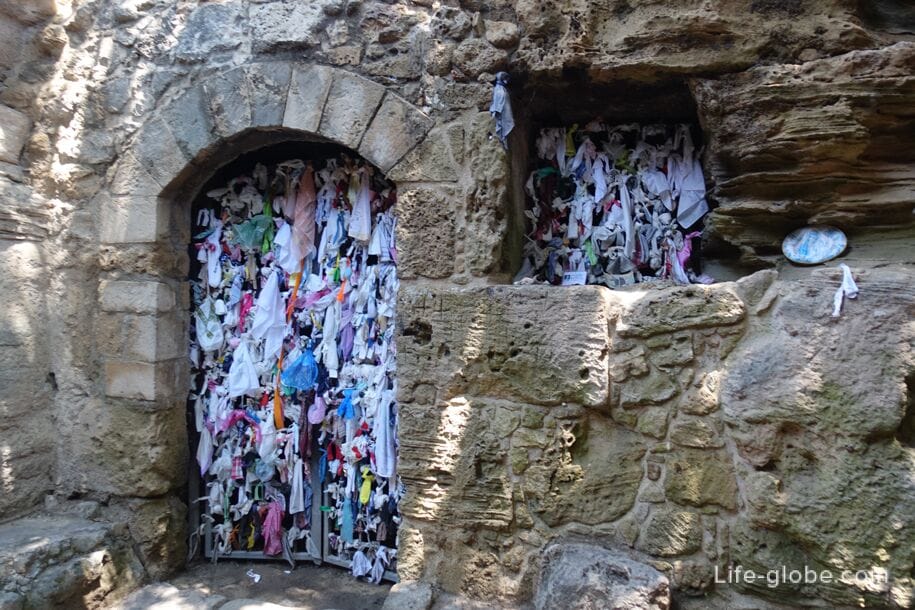 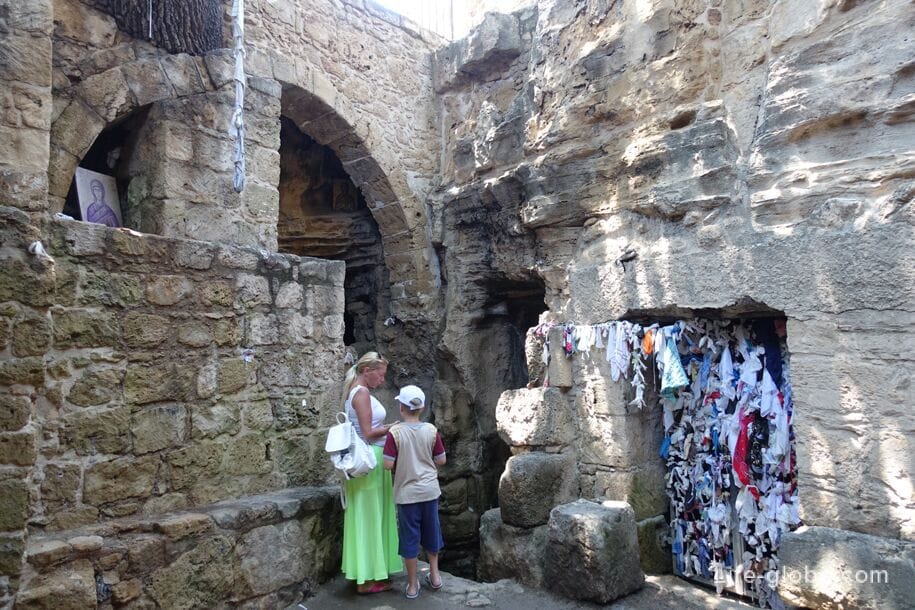 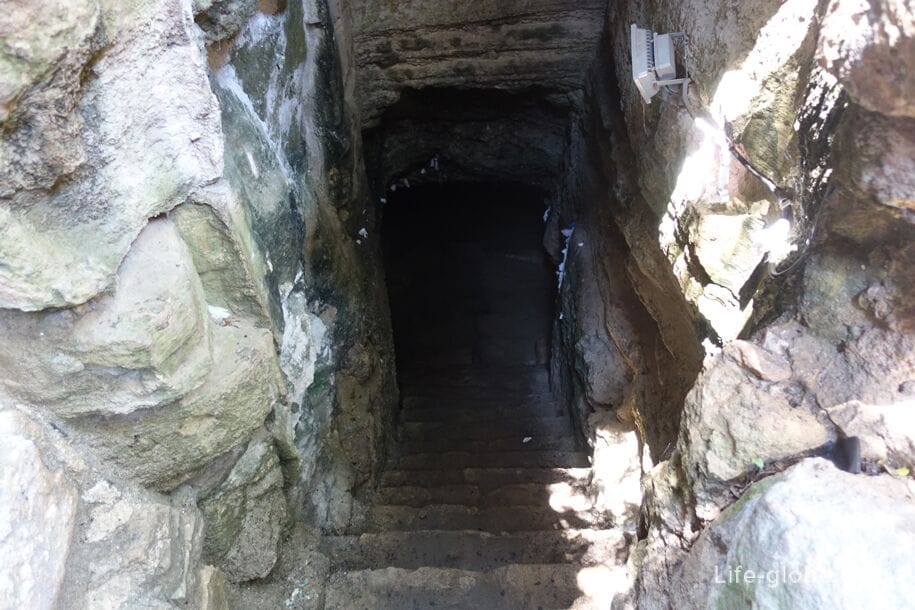 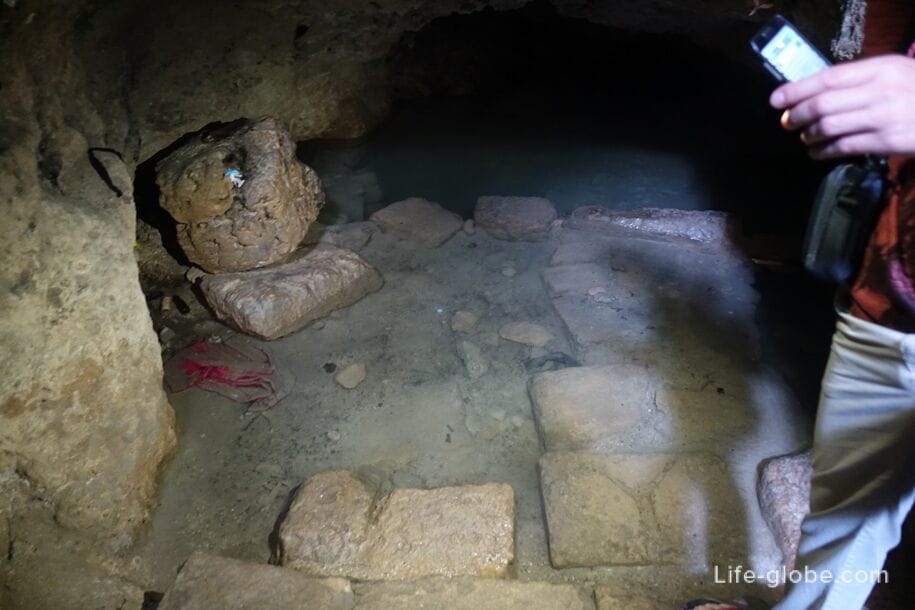