Cape Dragonera, also known as Dragon Cape (Dragonara point) - a small rocky promontory, located in the Paceville area of St Julian's on the island of Malta. 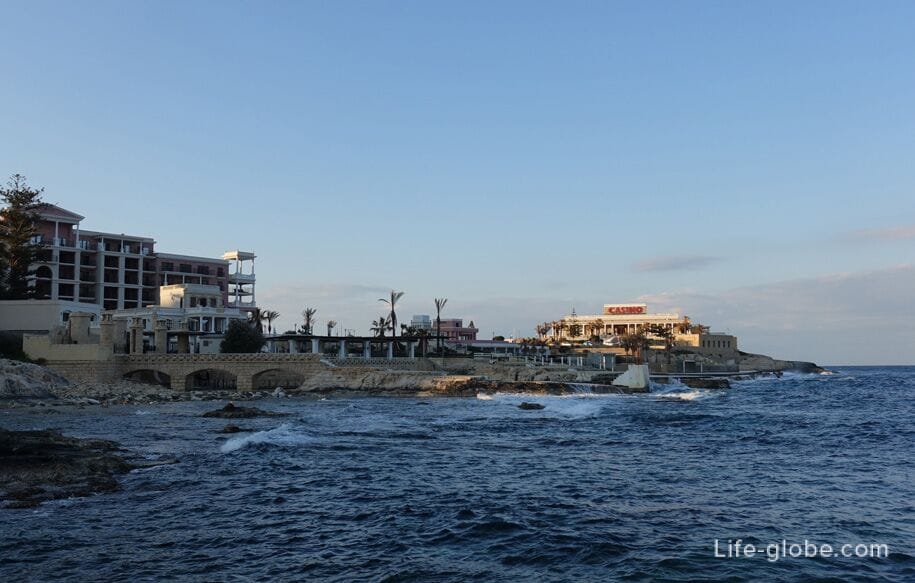 Such an interesting name "Dragon", the cape received thanks to the wide distribution of local legends. According to legend, a dragon once lived in caves near the peninsula, whose piercingly awesome roar was heard in the area.

Perhaps the sound that was taken for the roar of a huge fairy-tale beast was the sound of waves crashing on the rocks and echoing from the bays surrounding the cape on both sides of the coast. It is also believed that rumors of a dragon were spread by smugglers disembarking on a peninsula in order to discourage people from going to the area. A more reasonable theory is that the name was given because the camp of Turgut-Reis (known as Dragut) was in the area before the Battle of the Great Siege in 1565. Dragut died about 3 kilometers from the cape. Among sailors, the cape is still known as the Dragut point, however, today the cape is more widely known as the Tignes point because of the masson who occupied the area immediately after the siege.

The main attraction of the Cape is Dragonara casino Dragonara, located on the nose of the Cape.

Initially, the casino building was the Palace of Dragonara (the Maltese name Il-Palazz tad-Dragunara), also known as Palazzo Dragonara or Villa Dragonara. The Palace was built in 1870 as a summer residence for the family Scicluna, a banker who became a Marquis in 1875.

Before the advent of the Palace in this place was a battery "Ta 'Gemmuna", built by the Maltese insurgents during the French blockade of 1798-1800 years. The battery was a large parapet with nine embrasures, equipped with seven guns. Later the battery was demolished and in its place erected a Palace.

During the First world war, the Palace of Dragonara temporarily used as an officer's hospital. Later, the family Scicluna took more than 100 refugees in the Palace during the Second world war.

The Palace opened as a casino July 15, 1964, at a time when neighbouring Paceville began its transition from a predominantly agricultural area into a tourist centre. Dragonara casino was the first casino in Malta, which was an important step in the development of Malta as a tourist destination.

Now casino Dragonara is a popular place among tourists. 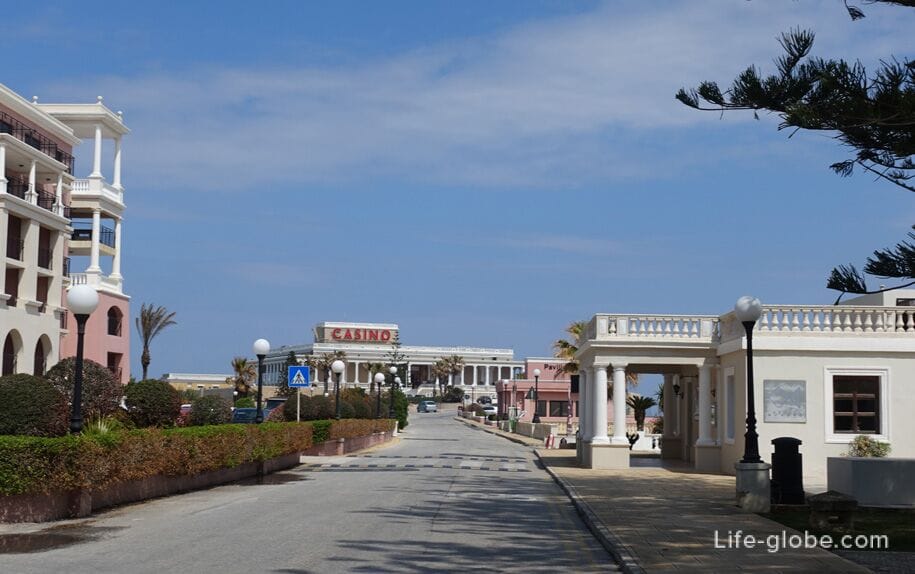 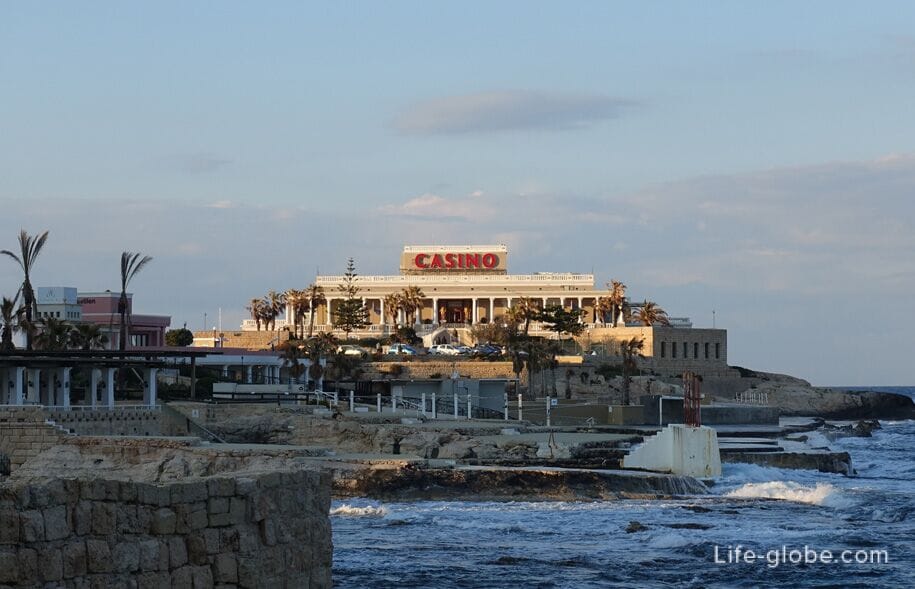 Originally, the Palace of Dragonara was surrounded by extensive gardens with olive trees and fountains. Later part of the gardens sank, some were dismantled with the purpose of erecting a 5-star hotel The Westin Dragonara Resort.

Now the hotel has 2 private beaches, indoor and outdoor pool, and 3 restaurants. The hotel offers views of the Mediterranean sea. 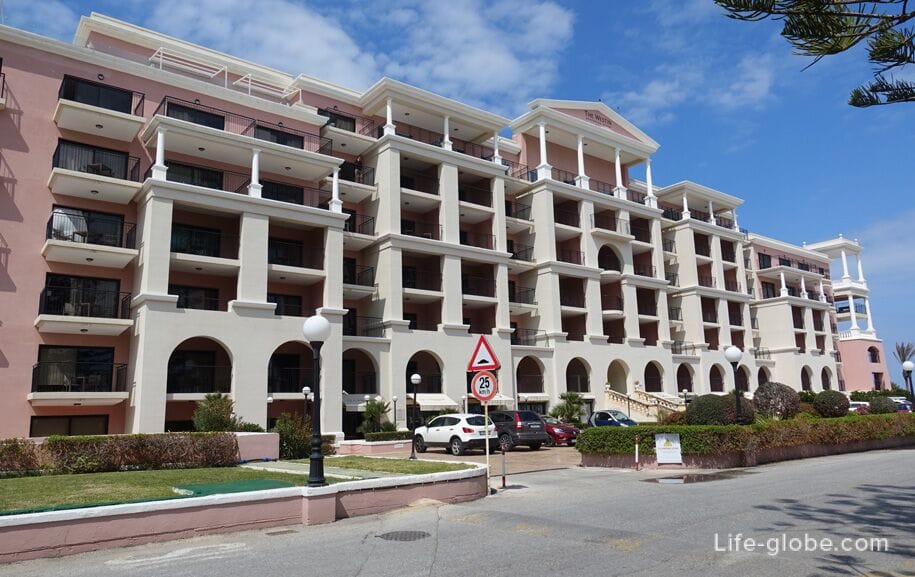 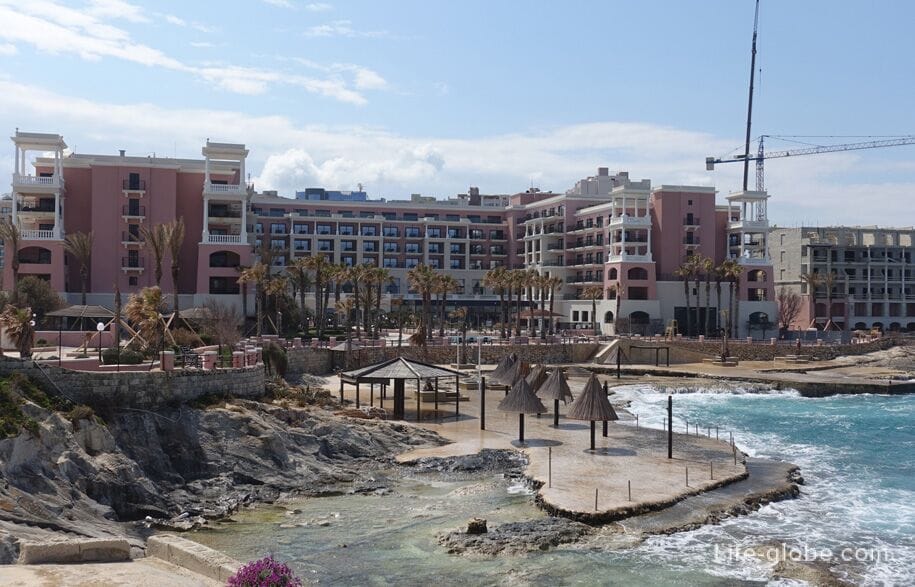 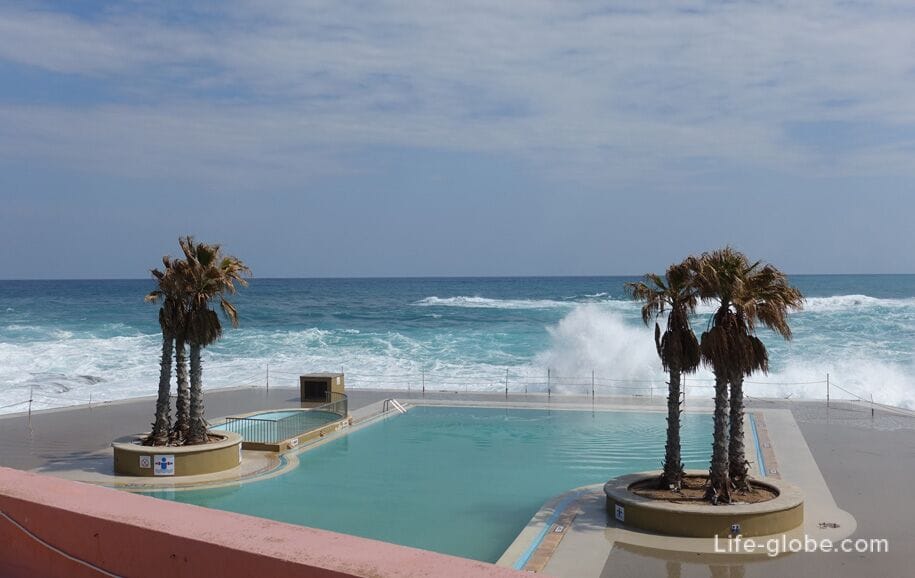 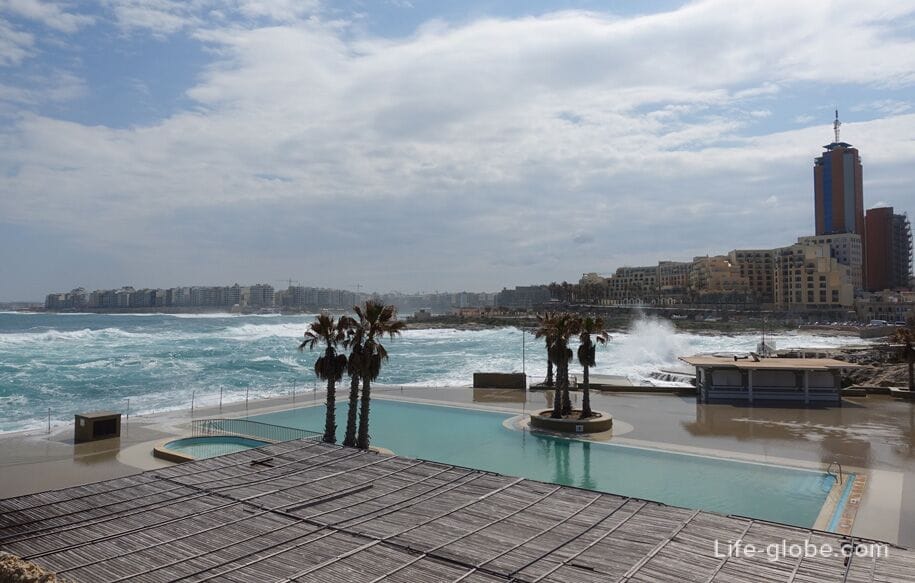 In the former gardens of the Palace you can find several restaurants, bar and part of the former fortifications, with panoramic views of the Mediterranean sea and the coast of St. Julian's. 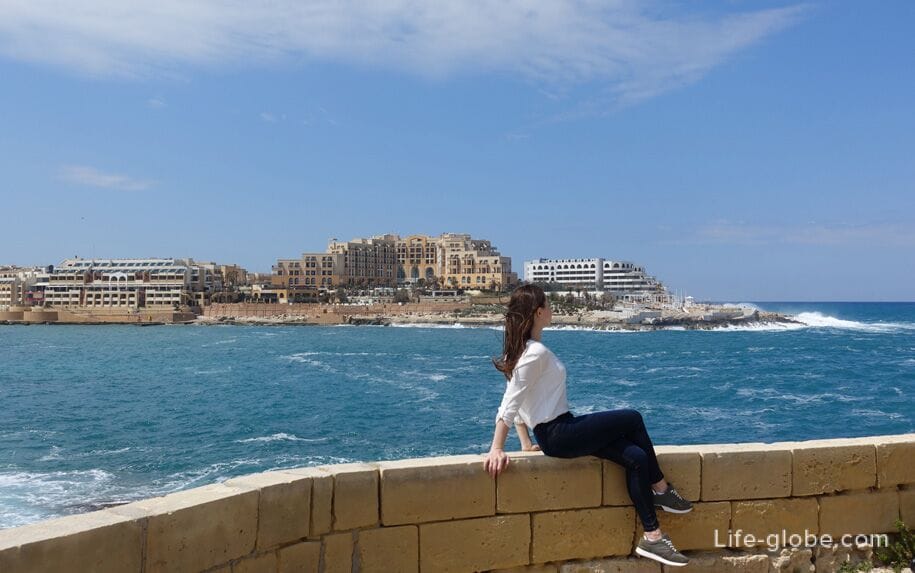 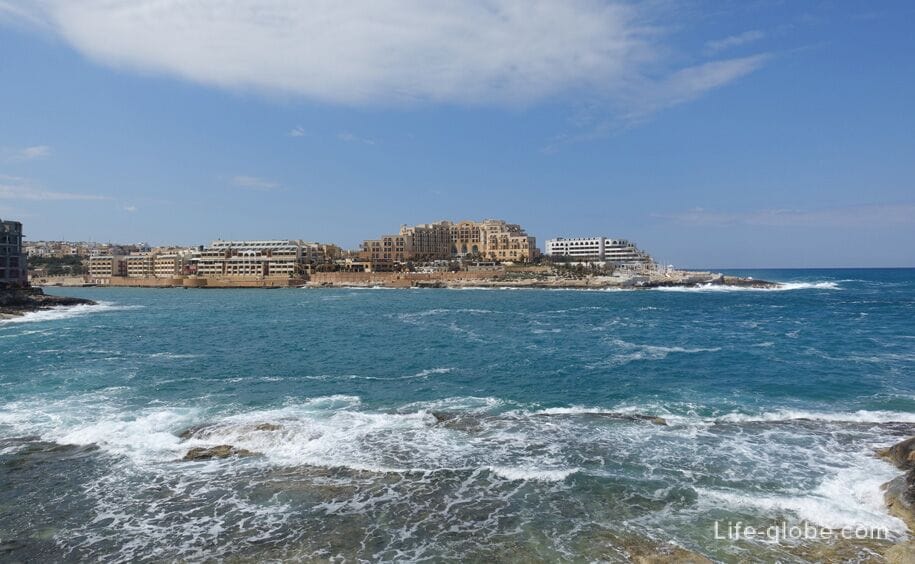 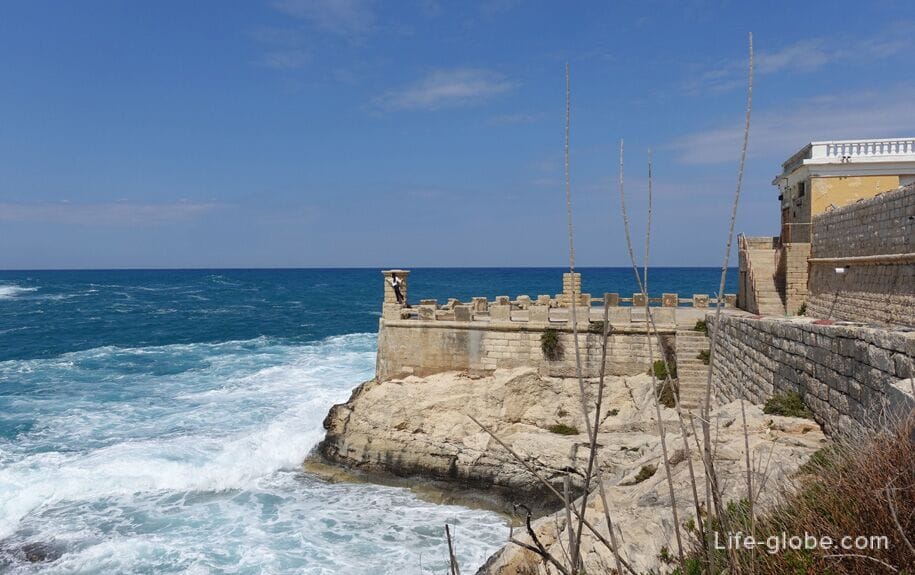 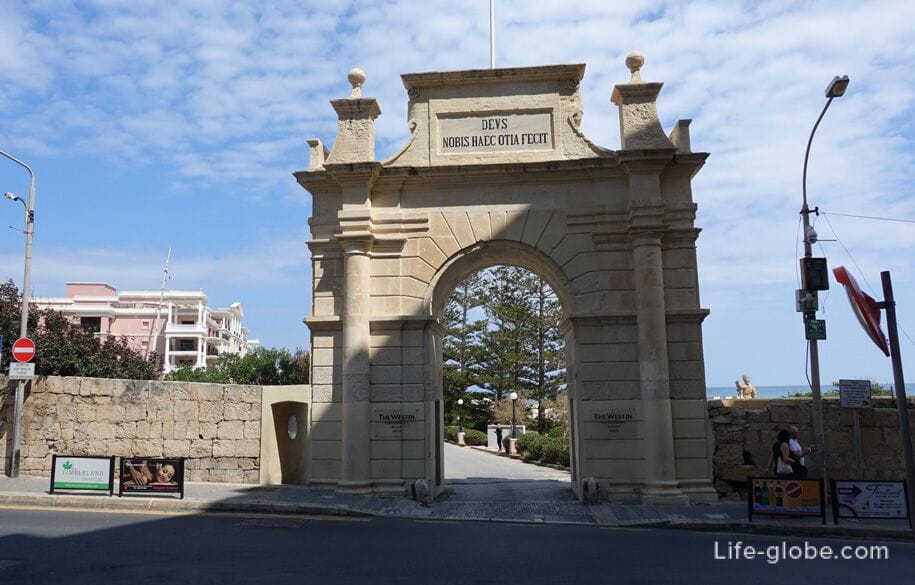 On both sides, the cape is surrounded by bays. From the north-west side there is one of the most famous bays on the island of Malta - St. George's Bay with the only sandy beach in St. Julians. Read more about St George's Bay... 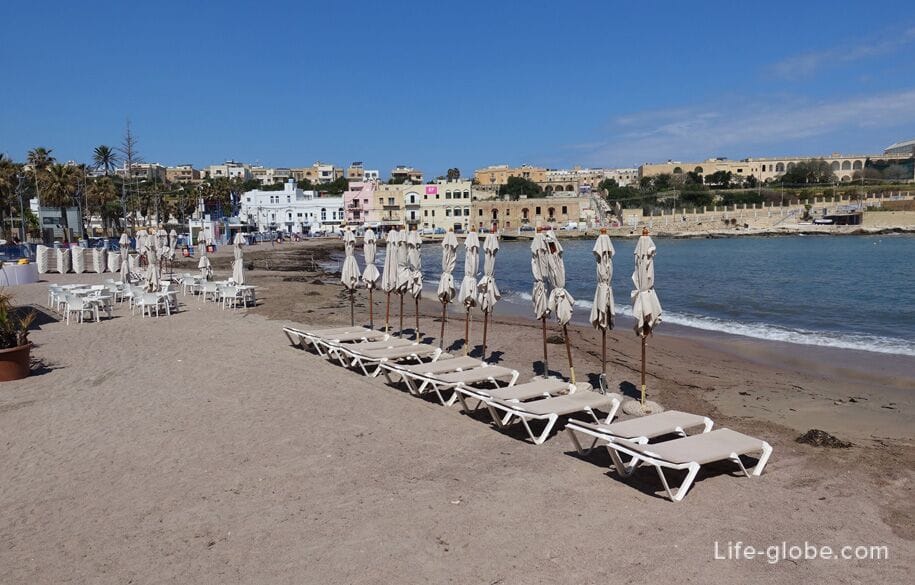 From the South-Western part of the Cape has a small rocky Bay. Despite the uncomfortable visit to the sea, the coast is actively used for sun and sea baths. 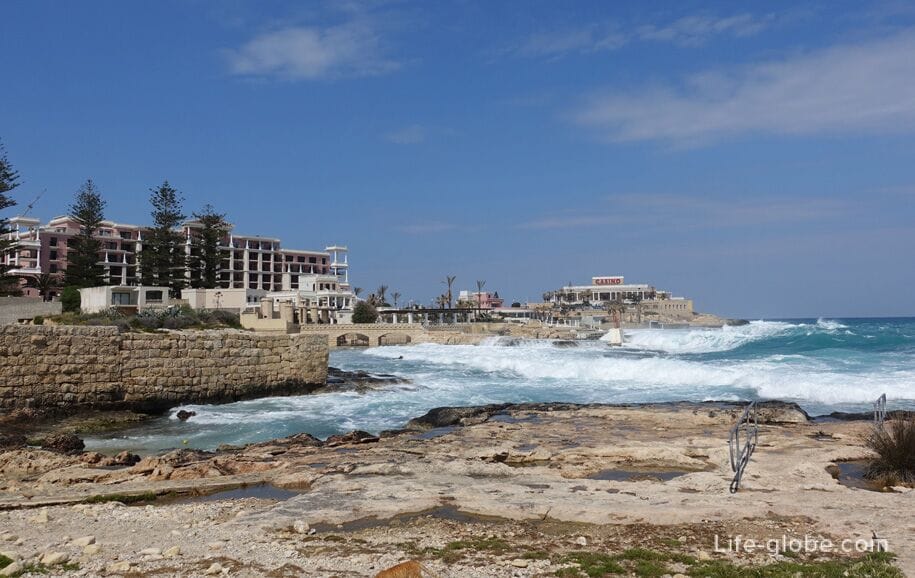 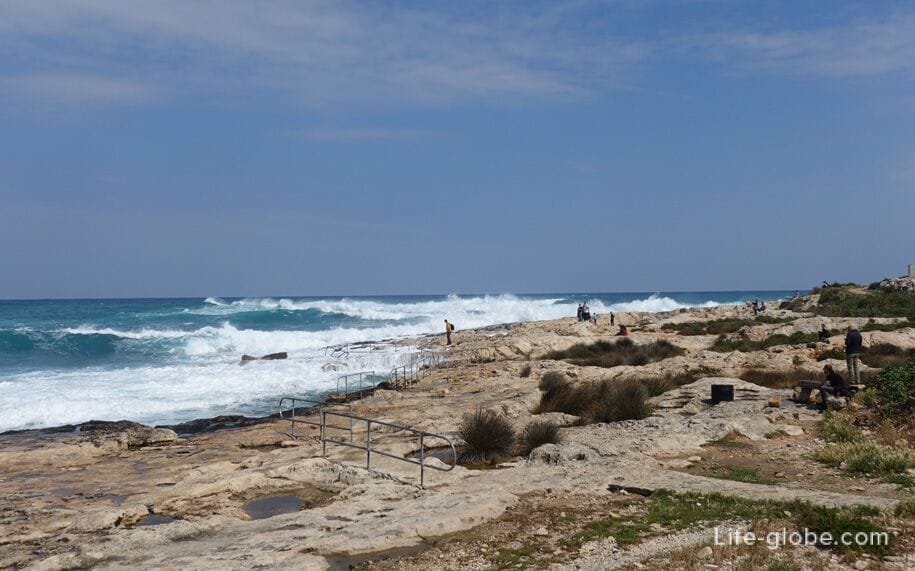 On this side of the Cape are part of the former buildings and the arch. 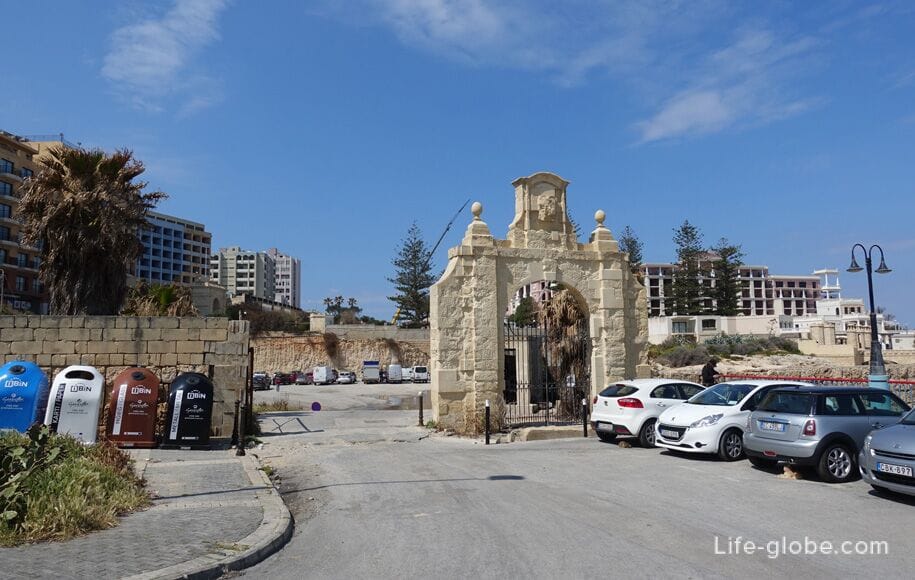