The beach of Santa Cristina (Playa de Santa Cristina) and Treumal beach (Playa de Treumal) - two small beach located in the Western extremity of the coast of Lloret de Mar, about 3.5 kilometers from the city center, on the border with Blanes.

The beaches of Santa Cristina and Treumal represent a single beach strip, where through a gap between two rocks on the beach and blends in with the other.

The beaches located between the two large hills that protect the beaches from winds and high waves, and due to the dense vegetation, the beaches are pristine original appearance.

Directly along the beaches does not pass road.

On the beaches of sand of light colors, sea water is clean and clear. The beaches are regularly cleaned, sand dub.

Lifeguards and a first aid service is available from 15 may to 15 October. 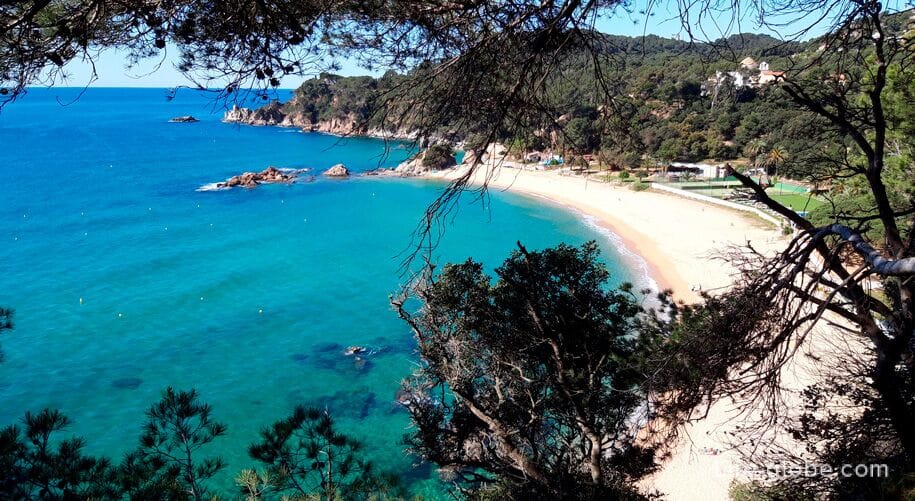 The Beach Of Santa Cristina

The beach of Santa Cristina is awarded the "Blue flag", has a length of 450 meters and its average width is 40 meters.

In high season the beach is equipped with sun loungers and parasols, bins and showers with taps for washing feet, the tower lifeguards, a restaurant and a kiosk selling drinks and ice cream. 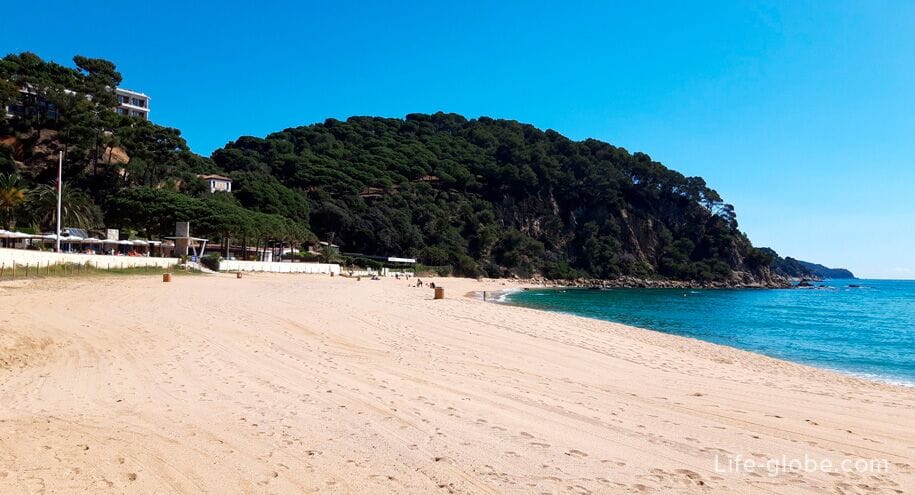 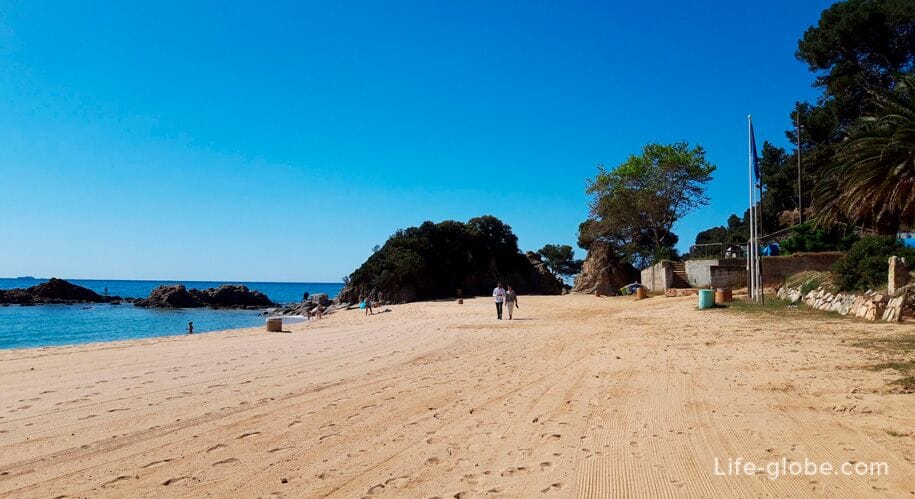 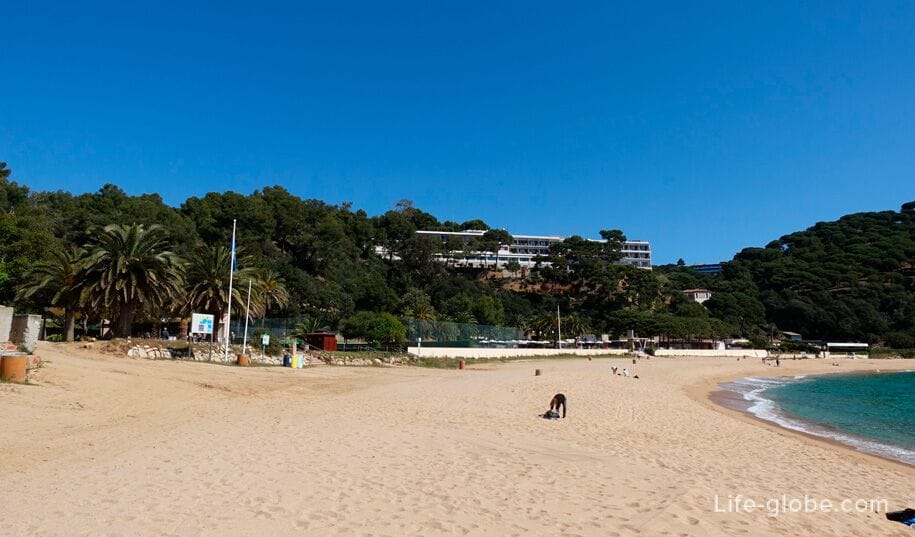 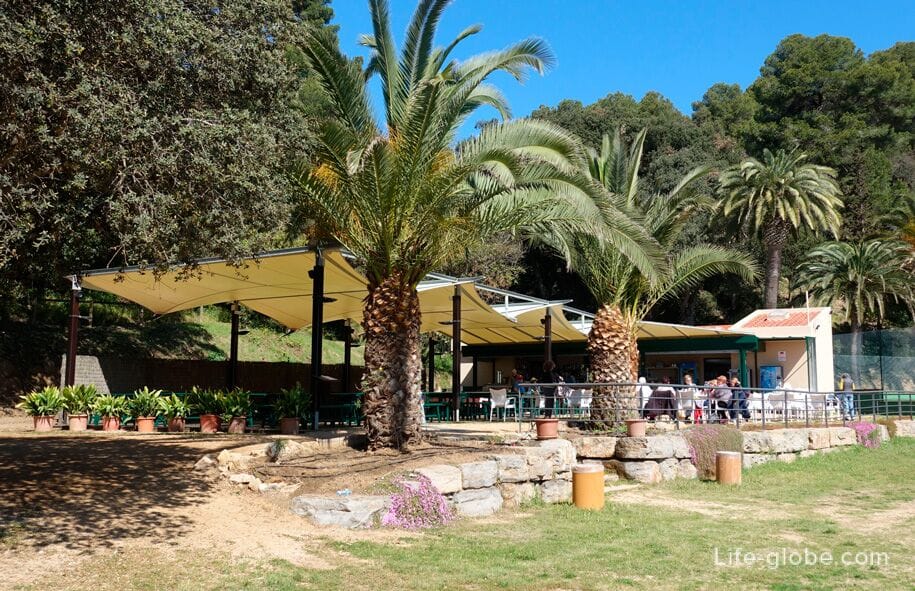 Near the beach, the spacious grounds of the forest, is a 5-star hotel Santa Marta with direct access to the beach. To services of visitors of hotel: restaurant, bar, fitness center, swimming pool with terrace and loungers.

In some room rates include Breakfast.

On the beach: sun loungers and parasols, bins and showers, and a restaurant.

Thanks to the nearby cliffs, passing directly in sea water, the beach Treumal, together with the beach of Santa Cristina is one of the favorite places in Lloret for snorkeling. 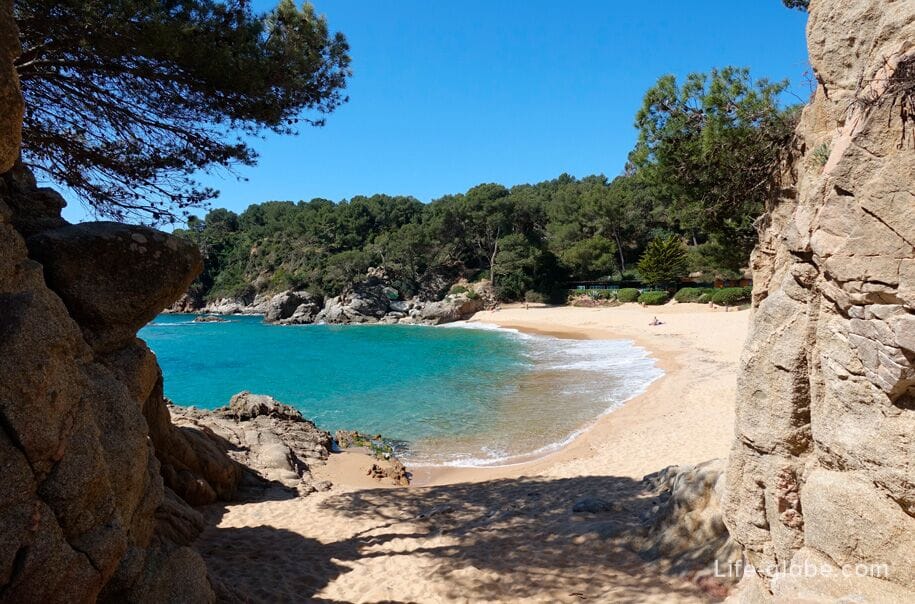 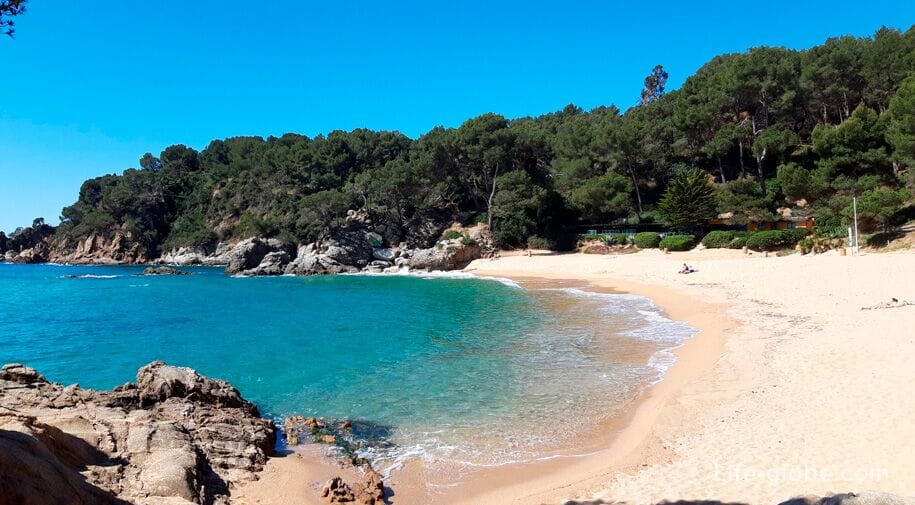 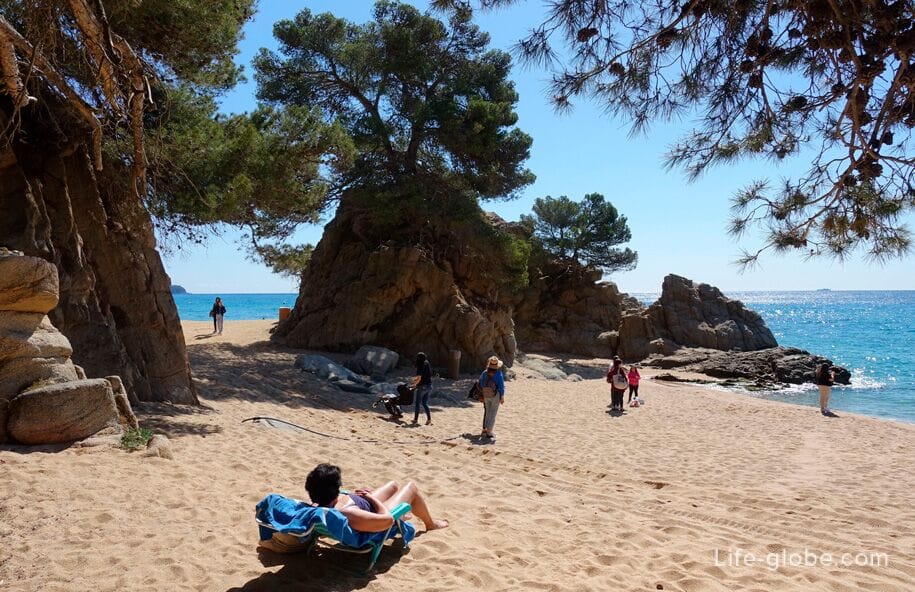 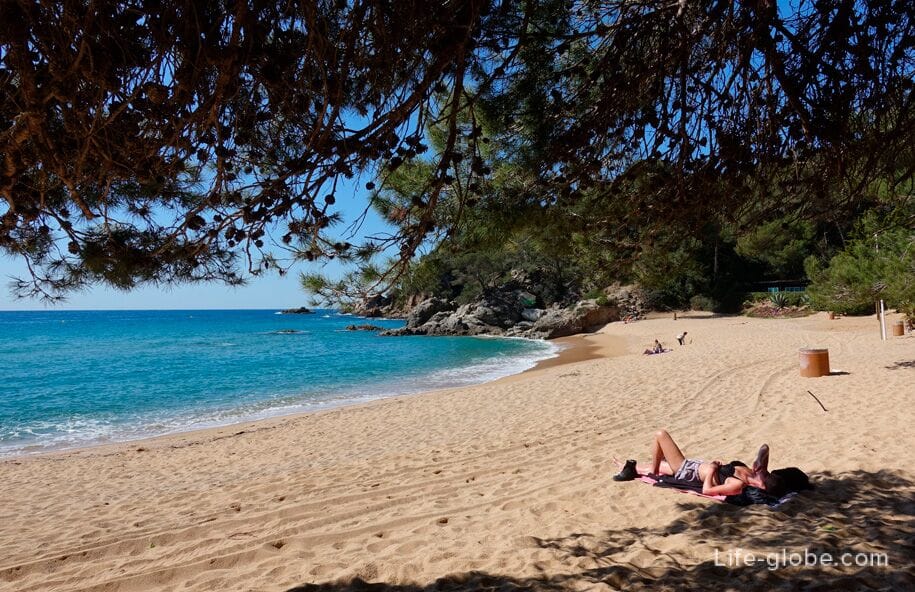 - the chapel of Santa Cristina, or Santa Christina, the first mention of which goes back to 1376.

The temple, which survived until our days, was built in the late 18th century in neoclassical style. The Church is decorated with marble altar, made in Italy, as well as an interesting collection of miniatures of the ships.

Under the "centennial pine" in the day patronatnogo holiday (the day of St. Christina, 24 July) is the Breakfast of the brotherhood of all fishermen, during which they eat "estafet", a traditional dish of stewed meat; 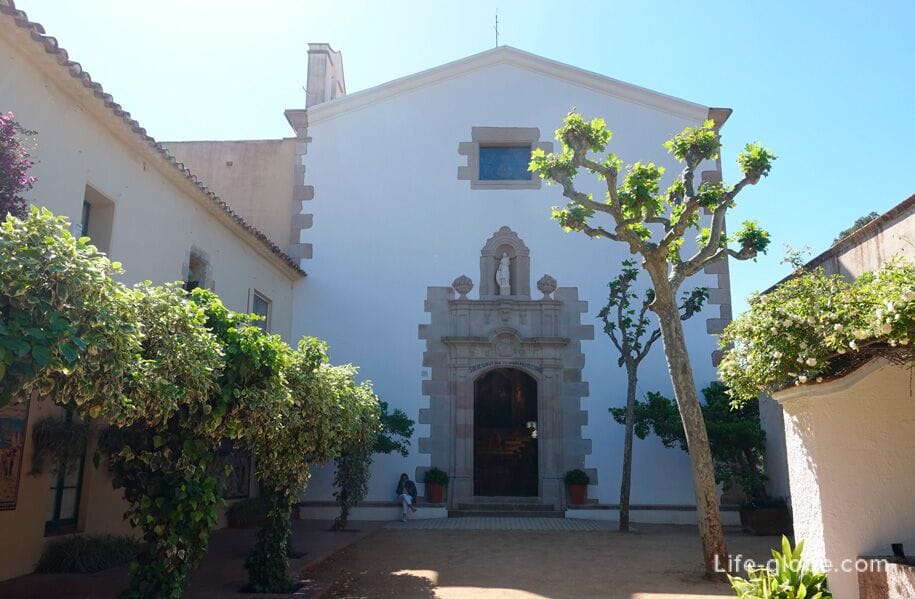 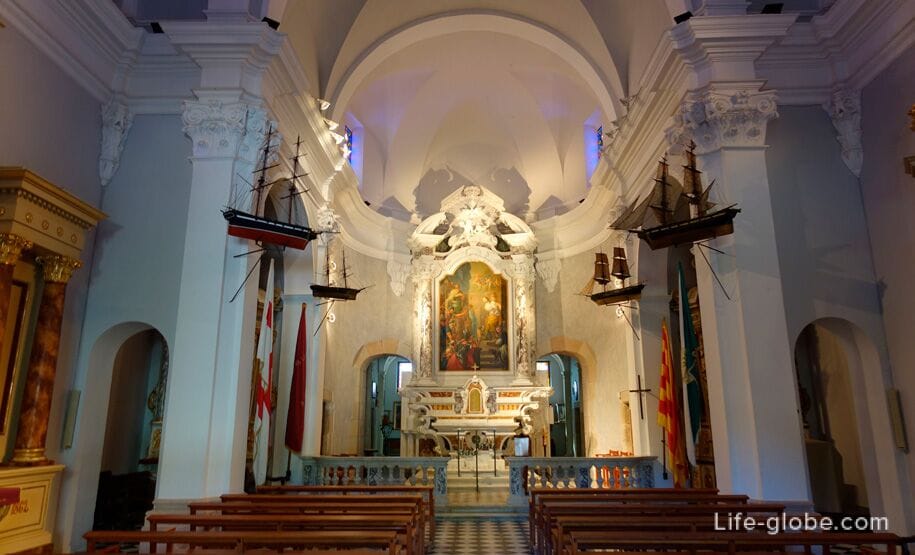 - a viewing platform near the chapel, which offers panoramic views of the beaches and sea water; 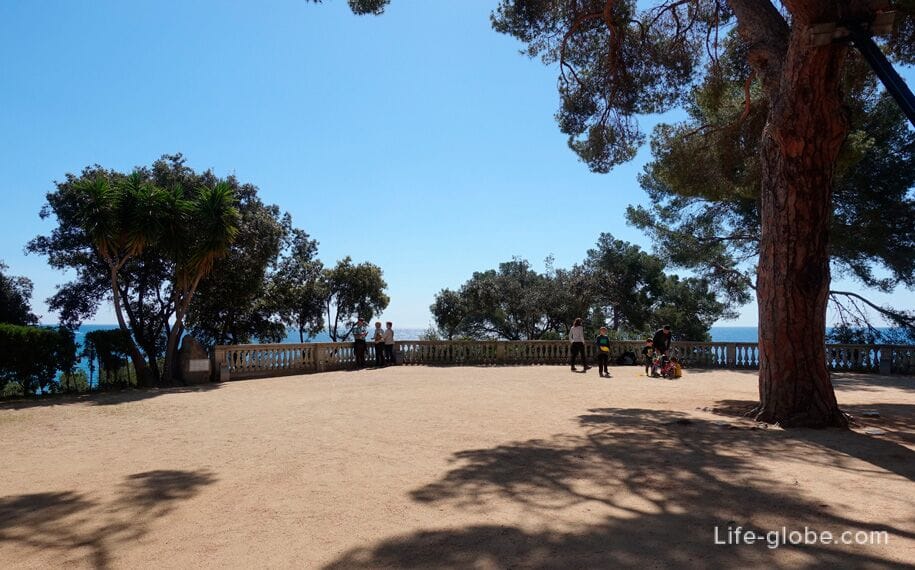 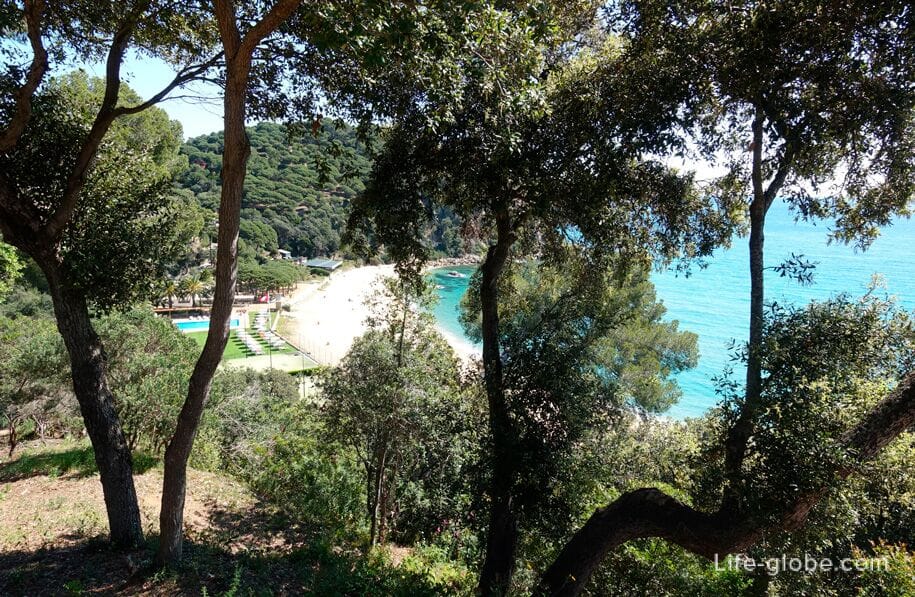 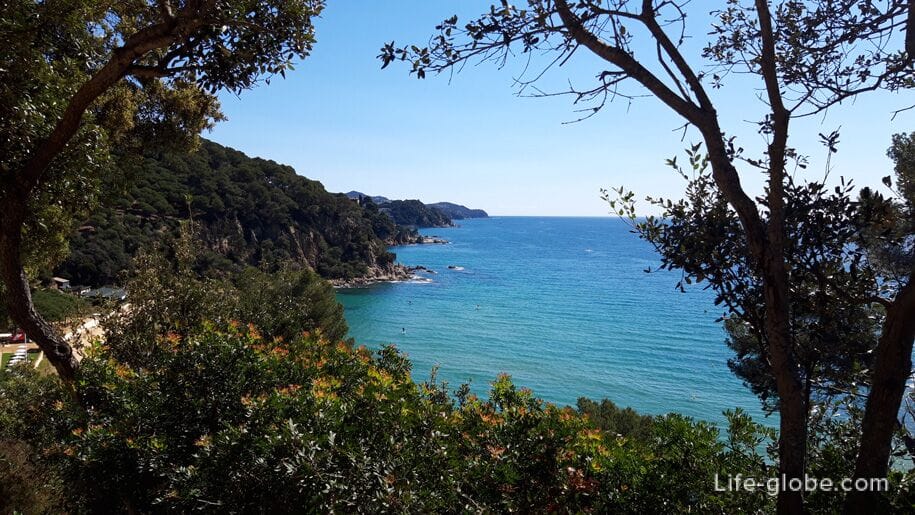 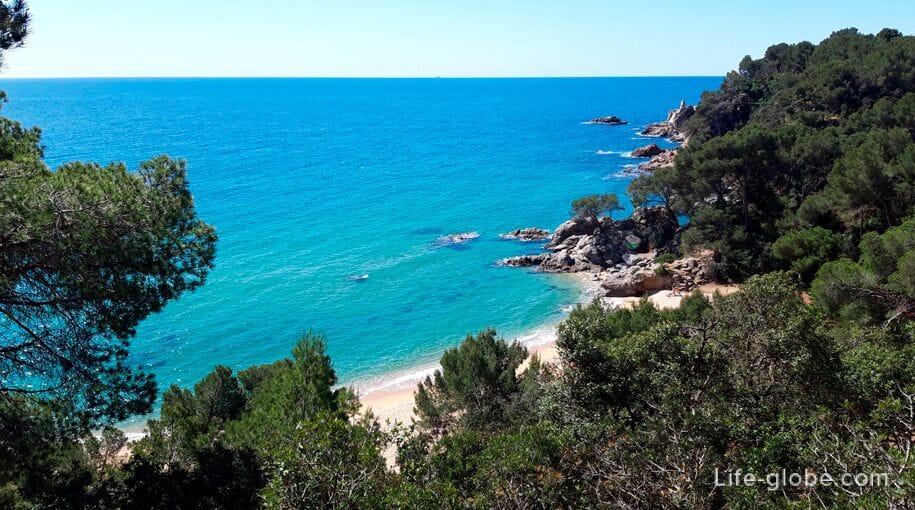 - a sculpture representing four columns on a pedestal, symbolizing the four stripes of the Catalan flag (Obreria de Santa Cristina). At the same time, it is a tribute to employees or administrators of the Hermitage and the Park of Santa Cristina; 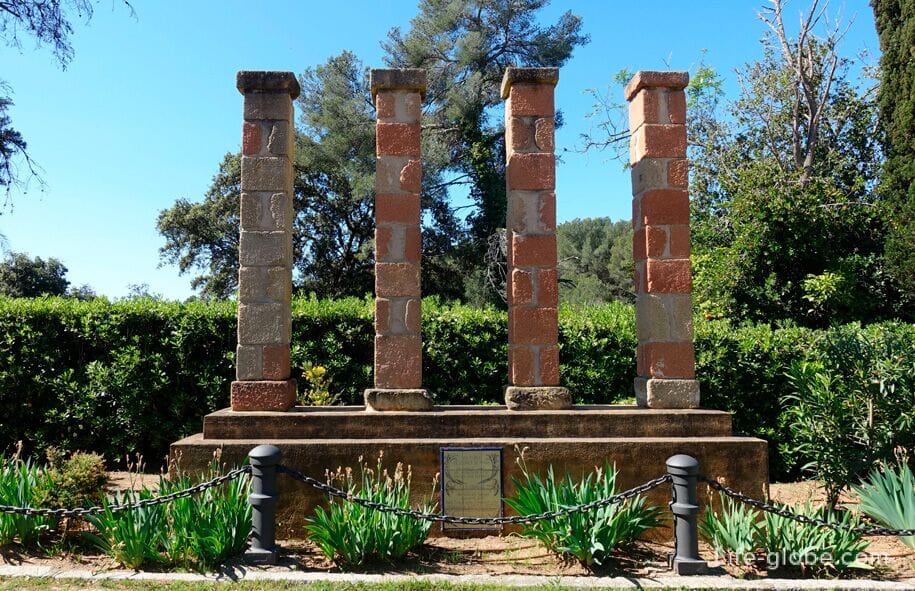 - a sculpture dedicated to the workers of Santa Christina in the girls performing the dance movements of the traditional dance with "albarradas" (A l obrera de Santa Cristina). The monument includes a list of all employees since 1926.

Legend has it that during the times when the Catalan coast was frequently attacked by Moors, arrived in Lloret, a rich moor, who, during a traditional dance was struck by the beauty of the local girls, and decided in that whatever was to dance with her. As a token of his affection he offered her the jug "Armoracia" full of spirits. However, the girl who chose to remain loyal to their religion and people, rejected the moor and threw the vessel on land.

Nowadays, the dance with the "albarradas" performed annually on 24 and 26 July, in the first and third day of the holiday. At the end of the dance, in a reminder of the history of the moor, four girls take the vessel, render it to the center of the square and thrown on the ground. They say that if the vessel is broken (which happens almost always), then one of the girls married the following year; 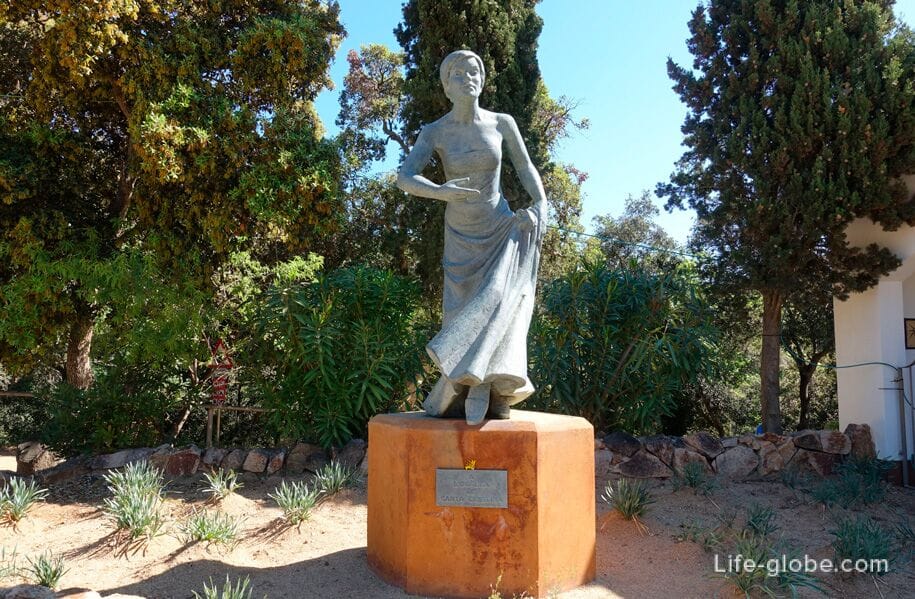 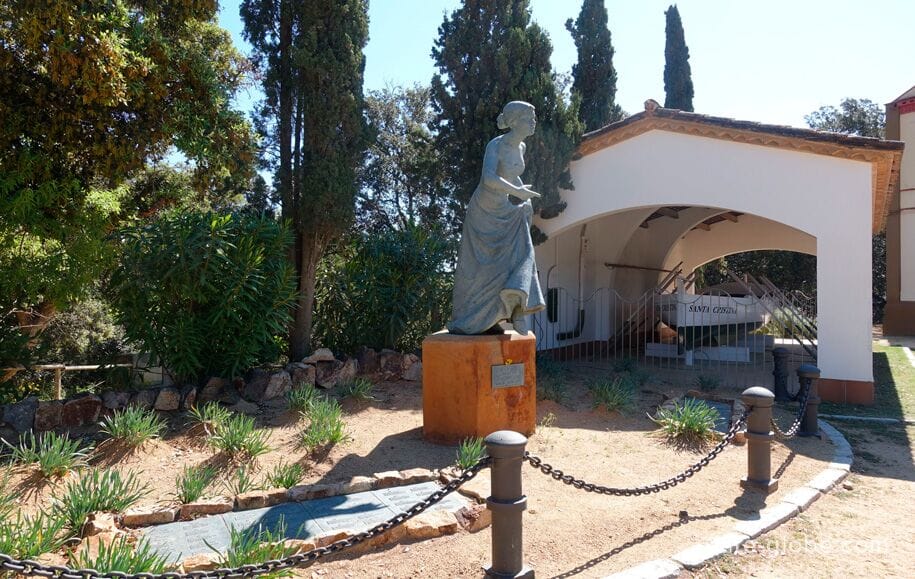 venue where celebrations and events; 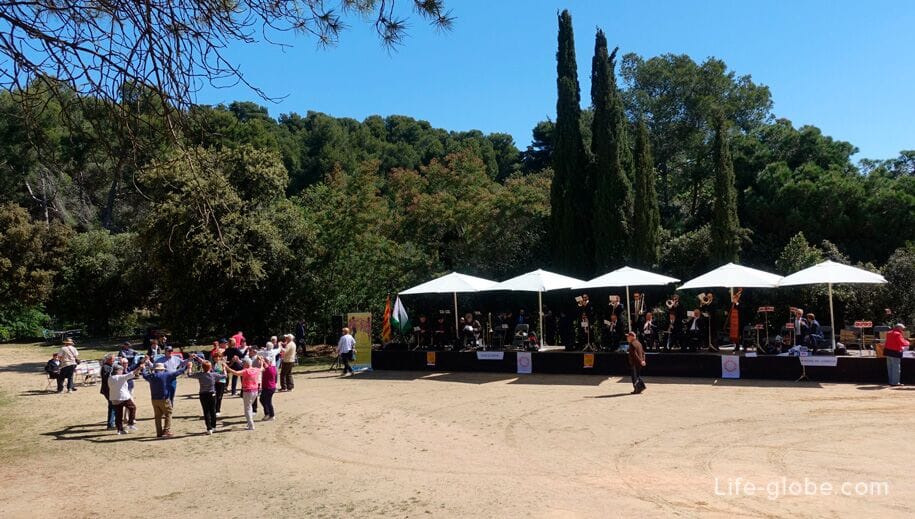 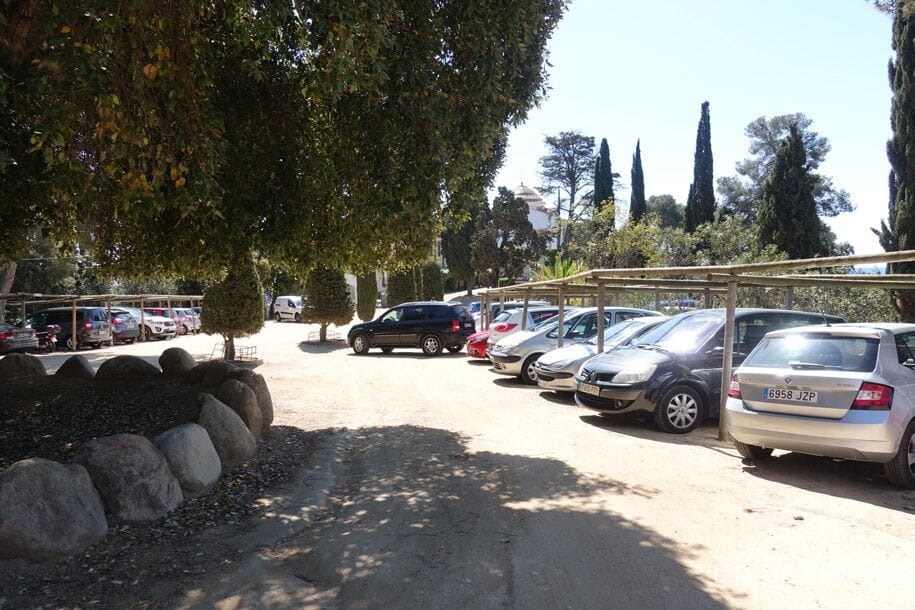